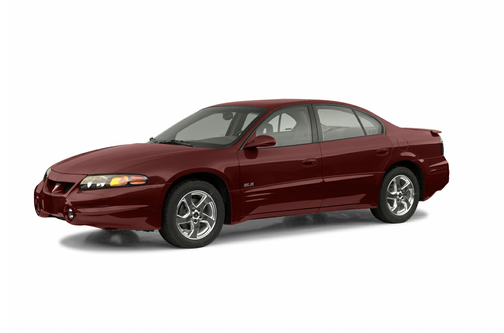 Our 2002 Pontiac Bonneville trim comparison will help you decide.

Even during times when patriotism is not running as high as it is now, the phrase rankles: “Not bad … for an American car.”

I heard that line twice recently — applied to the 2002 Pontiac Bonneville SE and the 2002 Chrysler 300M Special. Both are full-size sedans in the fine American tradition of producing that species.

Of course, saying you own a big American sedan prompts laughter in some circles these days. The loudest laughs usually come from those who have purchased a foreign make that has consistently rated high in the latest customer-satisfaction or reliability surveys.

And while I have no argument with surveys or much of the hardware made by foreign automakers, I still think it’s fair to say that there are some good cars to be had with “Made in the U.S.A.” stamped somewhere in the owner’s manual.

The Bonneville was the more economical of the two tested sedans, with a manufacturer’s suggested retail price of $25,530. Liberally loaded up with optional goodies that included dual climate control with air filtration, a top-drawer audio package, leather bucket seats, traction control, an OnStar communications system and a power sunroof, the bottom line came to $29,725.

If that seems pricey, check out the stickers on some of the high-end sedans being produced by Lexus, Infiniti and Acura. Even after the options were added up, the Bonneville’s list of standard features was pleasantly lengthy — certainly enough goodies in the mix to please the target American motorist in the market for a $30,000 car.

The happiest result in my time with the Bonneville SE was how good I felt about its looks. Dressed in sleek, smooth and contemporary skin, it routinely caused heads to whip around most everywhere I parked it. “Nice-looking car,” escaped the lips of several admirers.

With a 205-horsepower, 3.8-liter V-6 under the hood, performance was no problem. The Bonneville accelerated smoothly and worked the rush hour surface streets like a pro. Handling was spot-on running on flat surfaces and going up and down the hills around Auburn.

Oh, yes, here’s a nice touch — room for adult-size people in the back. That would be real room, as opposed to sitting with your kneecaps mashed so deeply into the front seat backs that it takes two people to pull you from the car once the destination is reached.

As for the Chrysler 300M Special, it’s more of the same. The interior volume specifications of the Bonneville SE and the 300M are separated by a mere one-tenth of a cubic foot. That means five adults can ride in comfort. And if the kids are riding in the back seat, they have a virtual cavern in which to hang out.

And it should for a starting price of $31,940. The tested 300M had optional equipment that included supplemental side air bags, a power moonroof and some cold weather extras to bring the price up to $33,920.

Lost in the shuffle of seemingly weekly new-car introductions is the fact that the 300M was Motor Trend magazine’s Car of the Year in 1999. It has been improved since then, and this latest “Special” designation translates to more power, an enhanced sport-tuned suspension and the addition of 18-inch performance tires guaranteed to bring out those suppressed Dale Earnhardt Jr. tendencies when the gas is mashed.

The Special’s 3.5-liter V-6 puts releases 255 horses, and the sensation is particularly pleasing once the revs have topped 3,000. Big brute power. Nothing like it.

Yet, inside, the 300M Special is a genteel hotel lobby. Luxury appointments are plentiful, and engine noise does not drown out civilized conversation.

The 300M was solid in the straight run, but it did have some roll on flat turns. It actually seemed to be more in its element on the S-bends of the Sierra foothills.

I’m certainly not on a “buy American” kick here, but it was nice to roll down the highway in full-size, four-door passenger cars that reminded me of happy family trips of yesteryear — when shuffling through the selection of available passenger car models was not a three-day process.

My friends who own pricey imports insisted that my ardor for American hardware would last only as long as the first breakdown not covered in the warranty.

But the tested Bonneville and 300M certainly stood up well during my time behind their steering wheels. Pretty darn good … for American cars.

Chrysler 300M at a glance

Pontiac Bonneville at a glance

Bought this car from my personal mechanic. Over 5,000 worth of repair just installed. Daughter drove the car and a first time driver and wasn't comfortable with the size, dang kids. Paid 4,000, offering 3850.

I loved this car.

This car ran forever with not to many problems. I loved this car and trying to get another one. Good car.

It has the pretty much indestructible 3.8L V6 Engine, very reliable, pretty comfortable, turning radius is great, barely anything goes wrong with them. 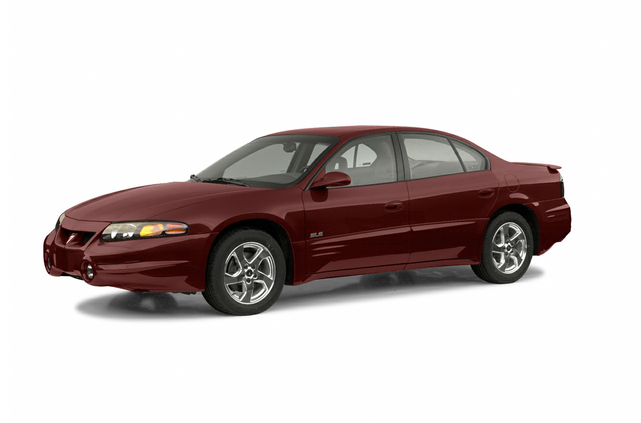 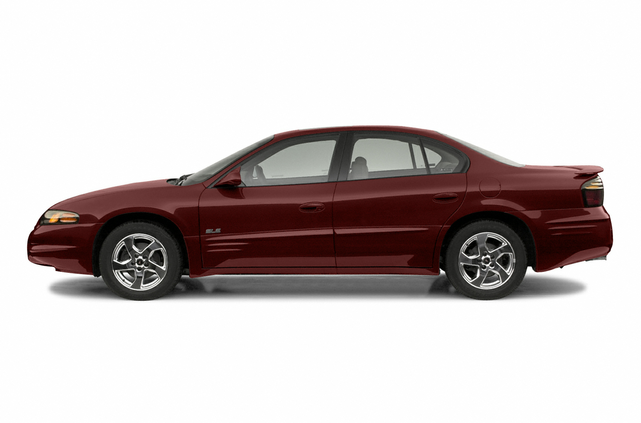 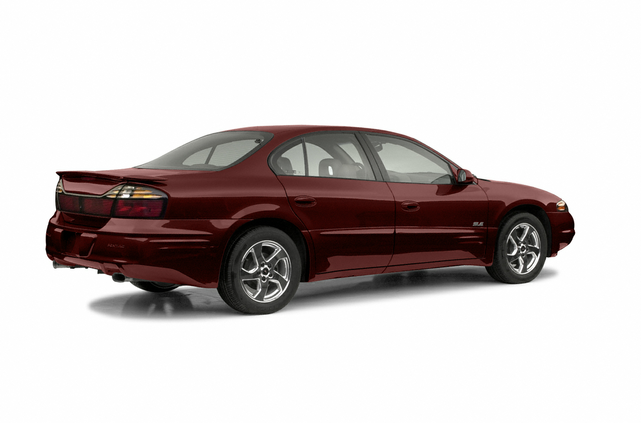 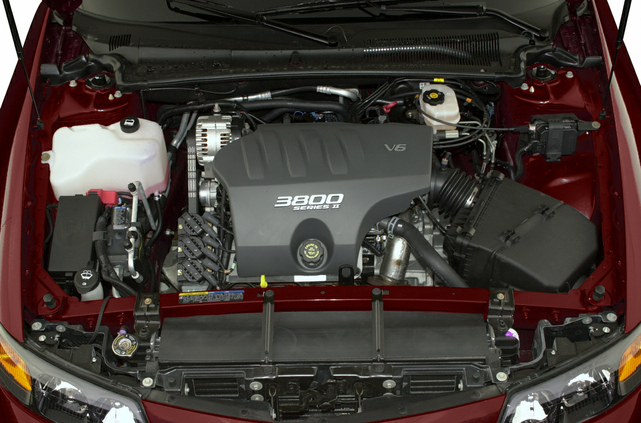 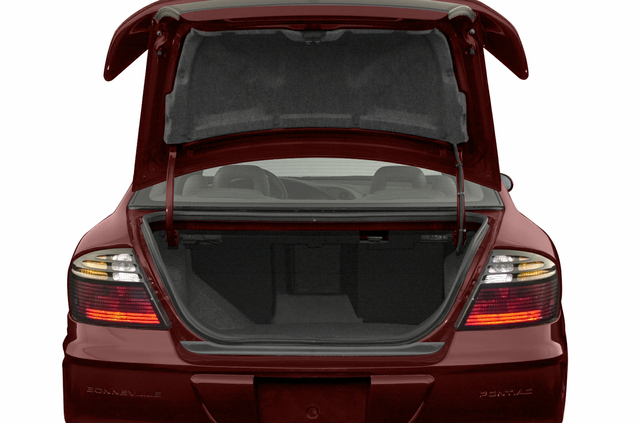 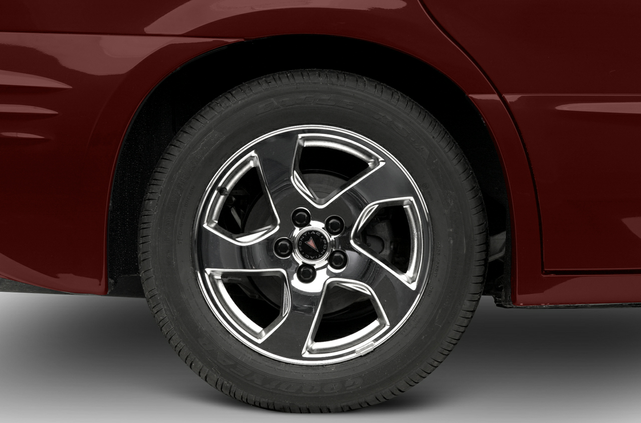 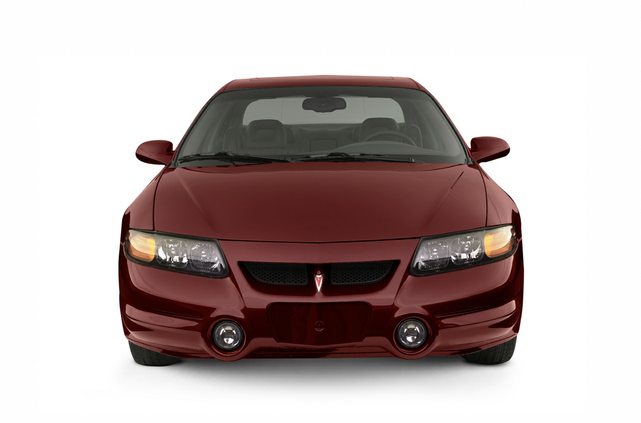 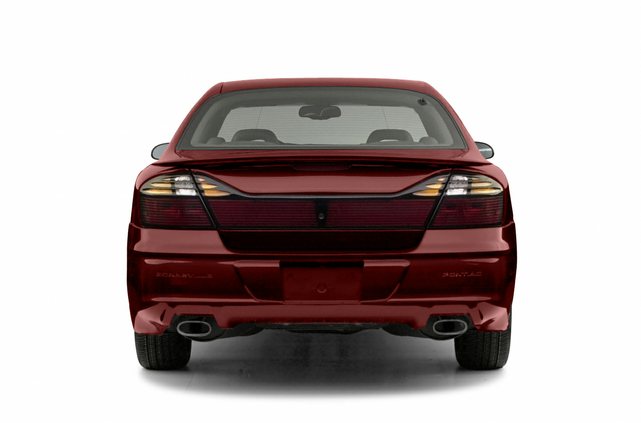 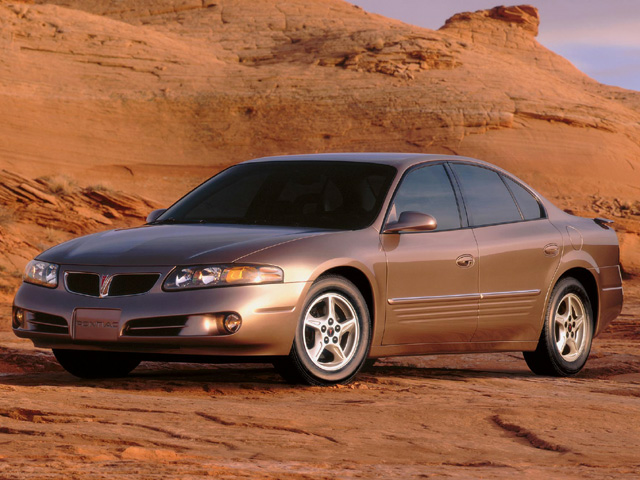 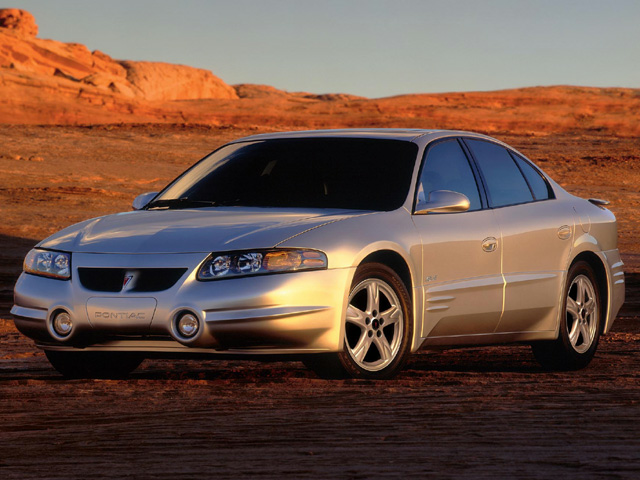 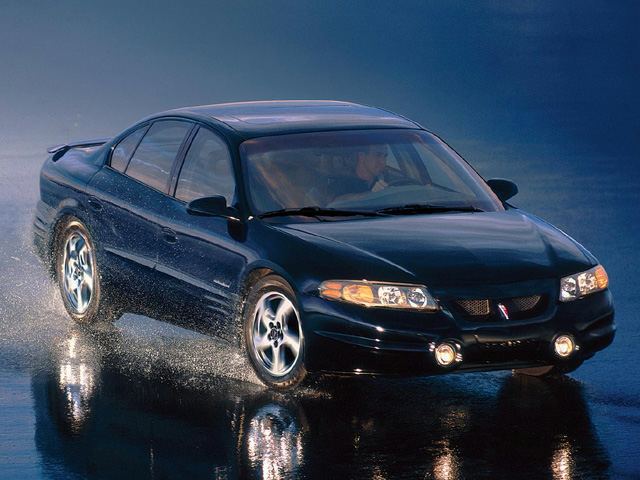 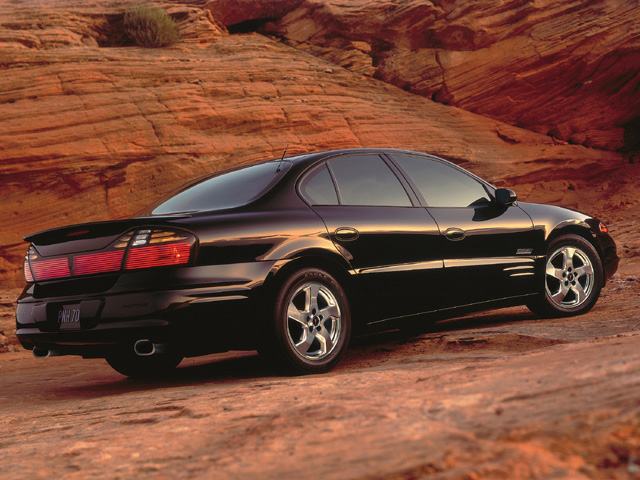 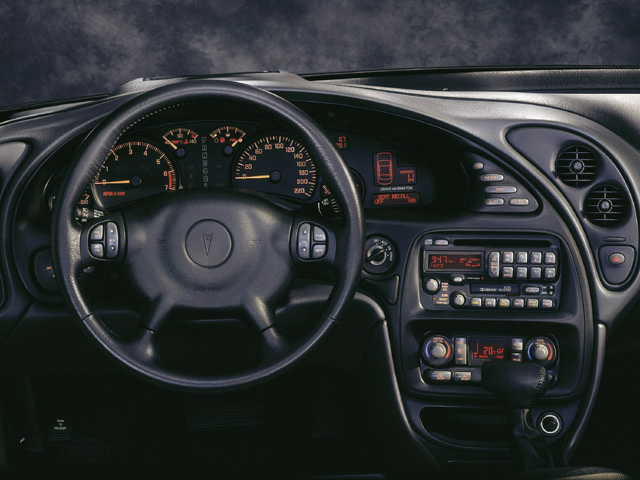 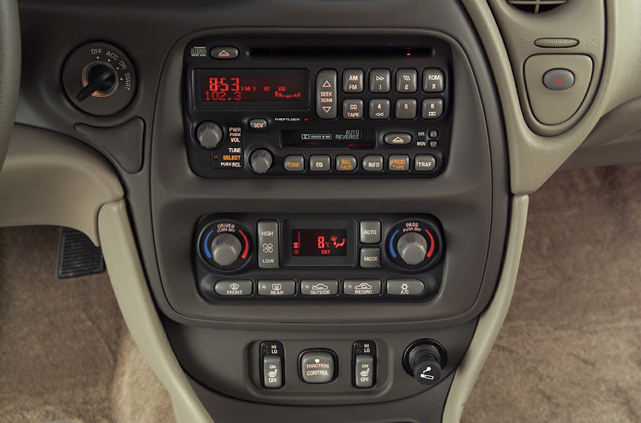 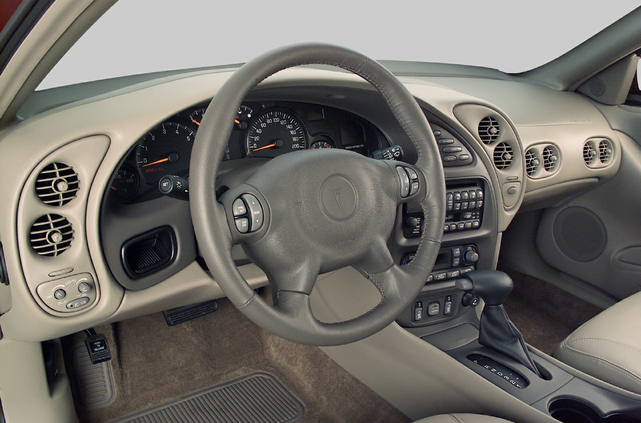 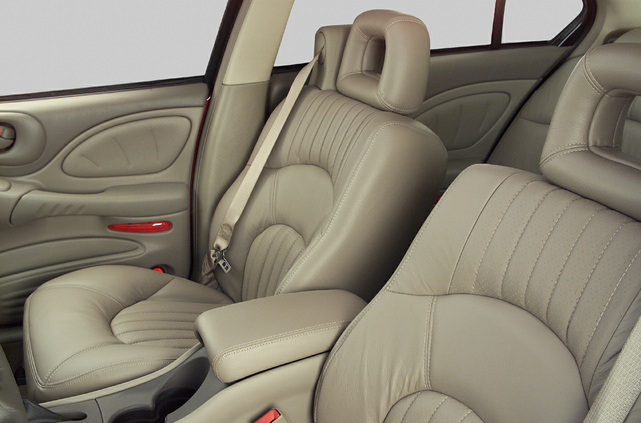 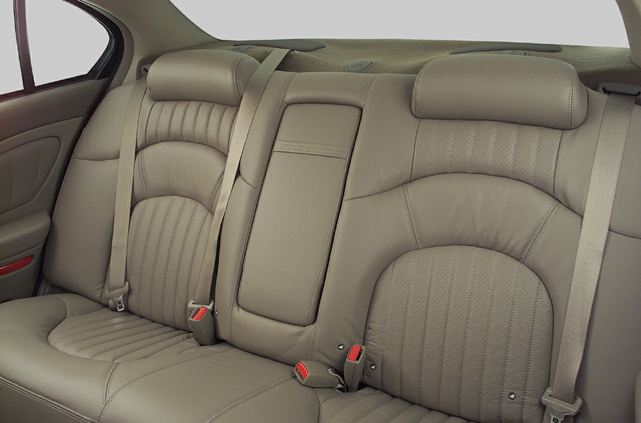