Our 2004 Pontiac Bonneville trim comparison will help you decide.

Sedan Lives Up to Its Heritage

I once visited friends in a Northern Virginia neighborhood where “diversity” refers to the texture of lawns, or maybe the size of cooking galleys in kitchens large enough to serve as cafeterias.

I decided to be naughty. I showed up in a black-on-black Chevrolet Impala SS with polished chrome wheels and exhaust tips, something radical enough to stand out among the Volvos, BMWs and Mercedes-Benz cars parked in the hosts’ driveway and cul-de-sac.

I got the desired reaction. “Oh, Warren,” said the woman of the house, “that car is so urban!”

It had been a while since I’d driven an automobile with that kind of I’m-from-Detroit-and-if-you-don’t-like-it-you-can-fill-in-the-blank attitude. And so I was thrilled when General Motors Corp. recently called to say it was shipping the 2004 Pontiac Bonneville GXP sedan for a week’s test run.

I’d loved Bonnevilles since I was 9 years old, which was back in 1957, when the first of their line came out. Black preachers and public school principals drove those models in my Ninth Ward New Orleans community. Most were too afraid then to buy Cadillacs, because Cadillacs created jealousy on the black and white ends of the color spectrum.

But Bonneville ownership showed they had stepped ahead of their congregations and teaching staffs without stepping into the socially, politically and possibly physically dangerous Land of Uppity.

Mechanically gifted black laborers, however, found a way to undermine that sophistry. They bought used Bonnevilles, lowered their suspensions, tweaked their engines and exhaust systems, and added extra chrome pieces wherever they would fit. Those hot-rod Bonnevilles were sizzling — fast and loud enough to grab attention; debauched enough to attract hipsters but to be dismissed as trifles for the trifling by upper-class blacks; and comic enough to earn derisive laughter from many whites who regarded the zoot-suited cars as cultural icons of an inherently lesser sort.

But car-crazy people of all hues knew better. They loved the loud exhaust notes of the reworked exhaust systems, the way the altered Bonneville suspensions could handle curves and dips without the cars breaking loose or bottoming out, and the general thrill of driving something different.

It is largely in their honor that GM created the 2004 Bonneville GXP, a muscular, full-size sedan with a four-wheel independent suspension system and a 275-horsepower, Northstar V-8 engine.

Unlike the first Bonneville of 1957, which was built on a rear-wheel-drive platform, the current car, which shares Cadillac Seville underpinnings, is front-wheel-drive.

Car enthusiasts generally consider front-wheel-drive automobiles less than sporting, citing a performance-compromising doubling of labor for the front wheels, which are obligated to drive and steer a car at the same time.

The GXP, indeed, does not offer the same level of performance or handling of a 340-horsepower, V-8 Chrysler 300C sedan or a 280-horsepower, V-8 Lincoln LS sport model, both of which are rear-wheel-drive. But the top-scale GXP — one of three Bonneville models that also include the base SE and mid-scale SLE — comes commendably close.

Certainly, the GXP has the requisite swagger, cloaked beneath a body devoid of the excessive cladding that covered previous Bonnevilles, such as the now-discontinued Bonneville SSEi sedan.

The new car has attitude, which means its generous, conspicuously sinewy exterior won’t please everyone — making it delightfully polarizing and not at all politically correct. And despite its considerable heft — it weighs 3,790 pounds — the GXP can run fast and with something approaching admirable grace on the open highway. Much credit here goes to advanced electronics, such as that used in the GXP’s stability control system (GM’s trademarked “Stabi iTrak”) that keeps the car well balanced at all speeds, and quite nimble and yaw-free in curves.

I enjoyed my time in the big car, especially on long runs during which it alternated between cruiser and hell-raiser, depending on acceleration needs. But, mostly, I enjoyed its personality. Despite its highway prowess, it’s — you know — so darned urban.

Over heating issue for the 4.6 northstar GXP

The car is beautiful for sure, But the over heating issue that plagues the northstar v8 is horrible! It even blew the head gasket. Mine has 261000 KMs on it. The ignition switch does not work at times, Leaving me trying to turn the key dozens of times before it connects. The trunk has a mysterious leak seemingly coming from the spoiler. Just going to drive it with the blown head gasket until it dies and scrap it.

February 24, 2019
By Satisfied Customer from Sussex,WI
Owns this car

This is the car we were looking for.A Bonneville is a good reliable car.This is the third Bonneville we have owned.Would definitely recommend this vehicle.

This is the 3rd Pontiac Bonneville we have purchased. We go out of our way to find Pontiac or Buick vehicles that offer the 3800 engine. This engine is "bomb proof". You will literally wear the car out before the engines goes. This car "floats" down the road and there is nothing better to drive in the winter!

Rating breakdown (out of 5):
0 people out of 1 found this review helpful. Did you?
Show full review
See all 18 consumer reviews 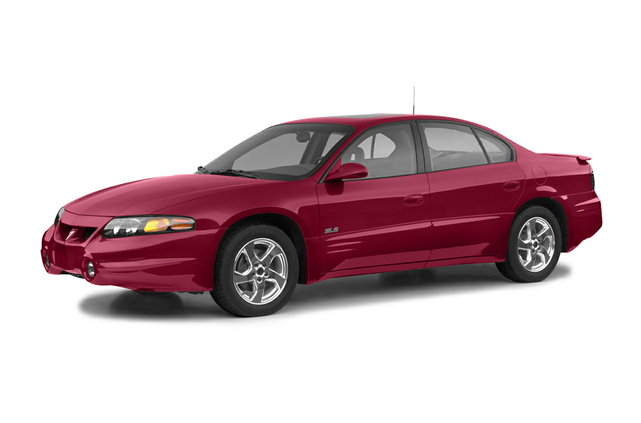 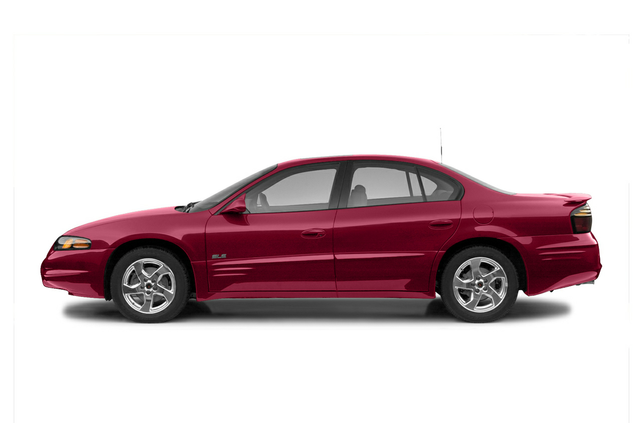 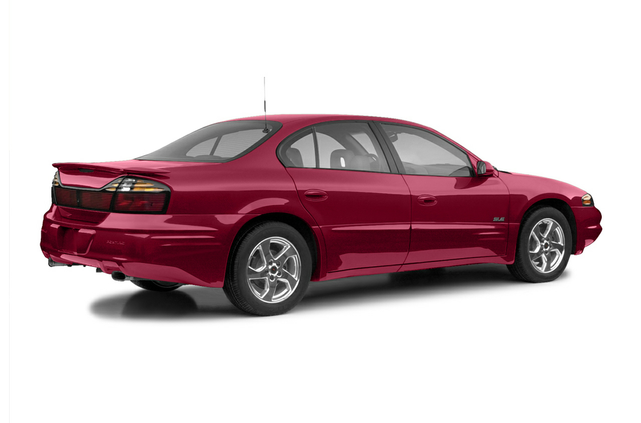 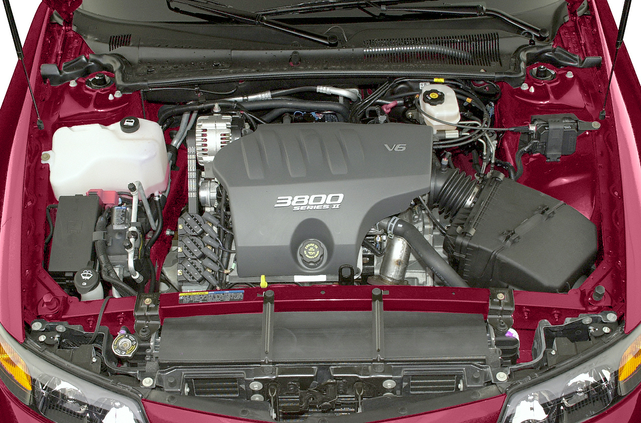 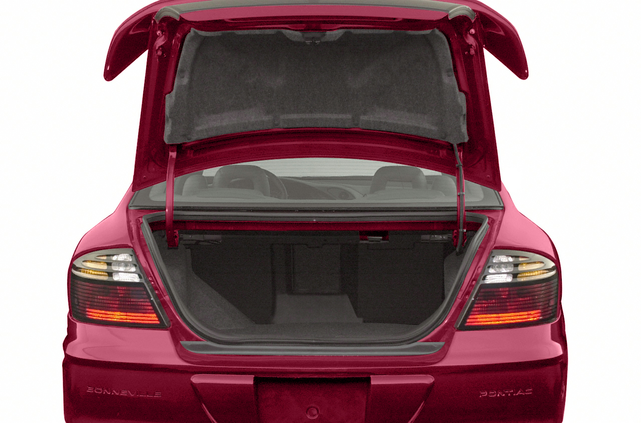 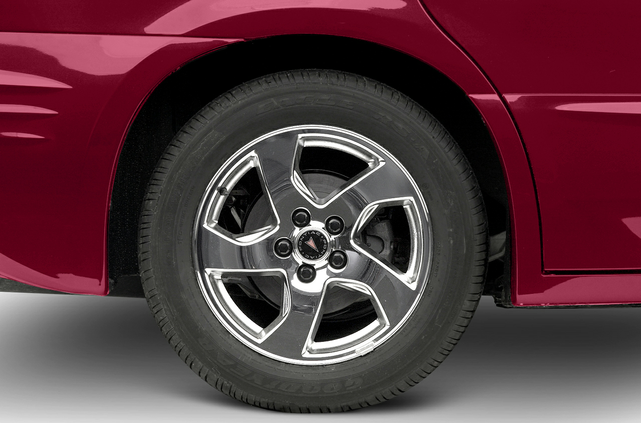 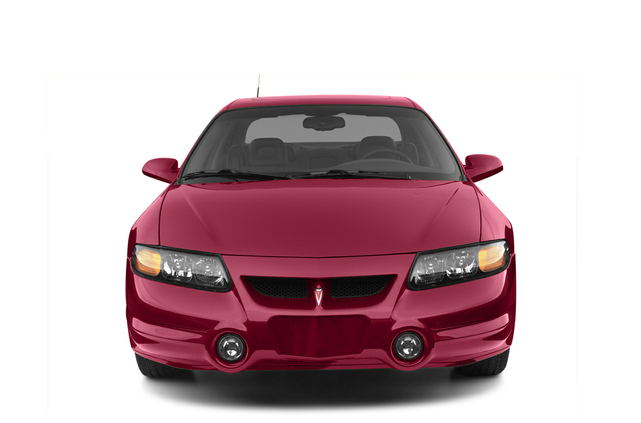 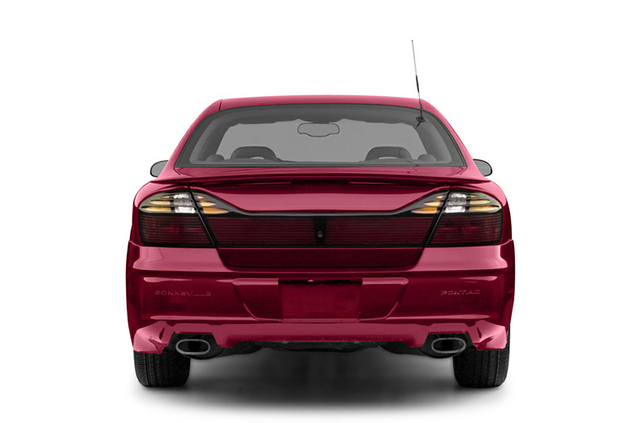 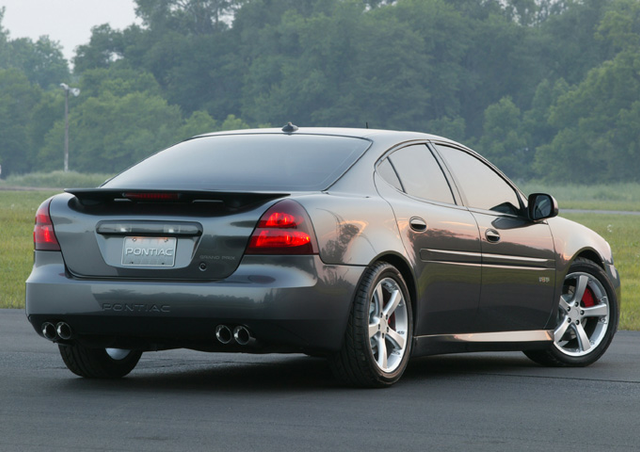 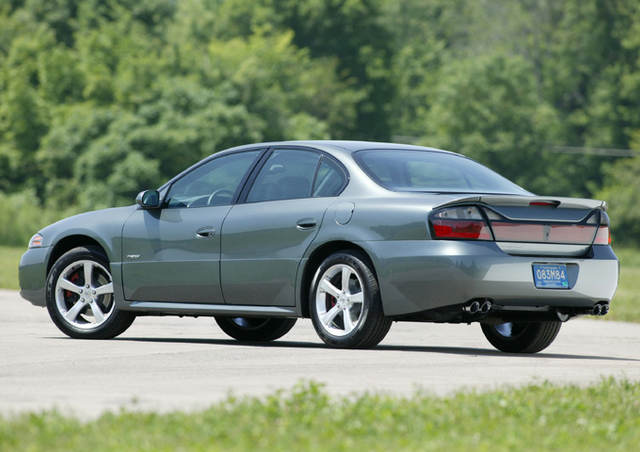 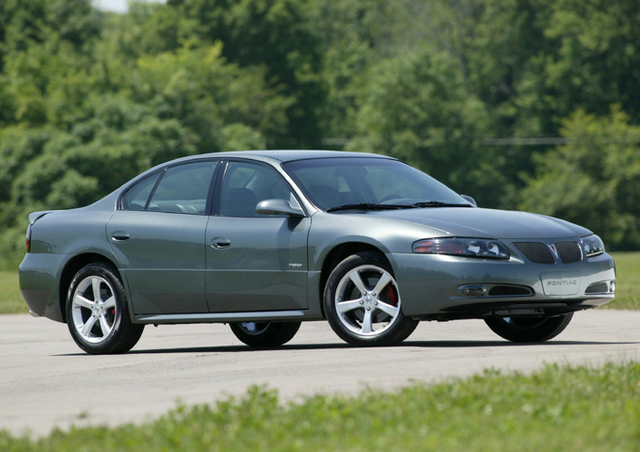 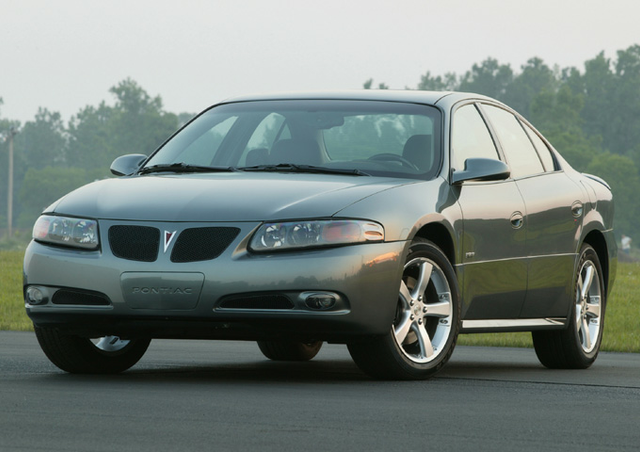 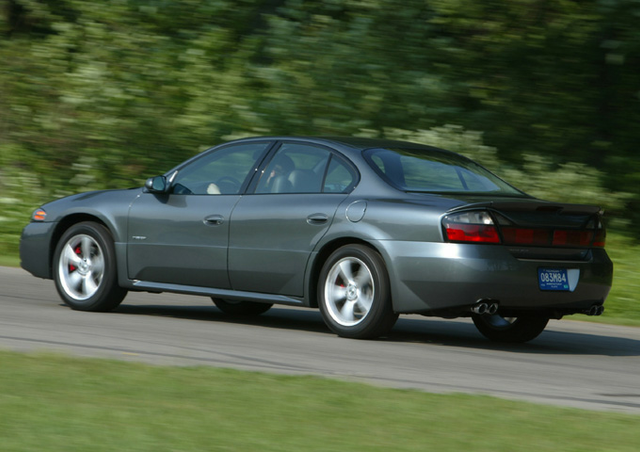 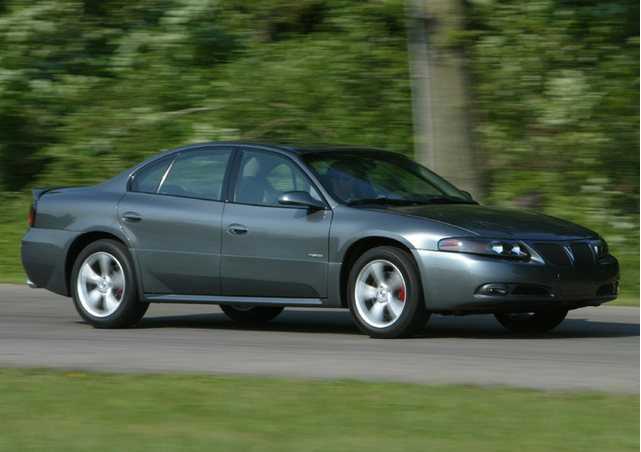 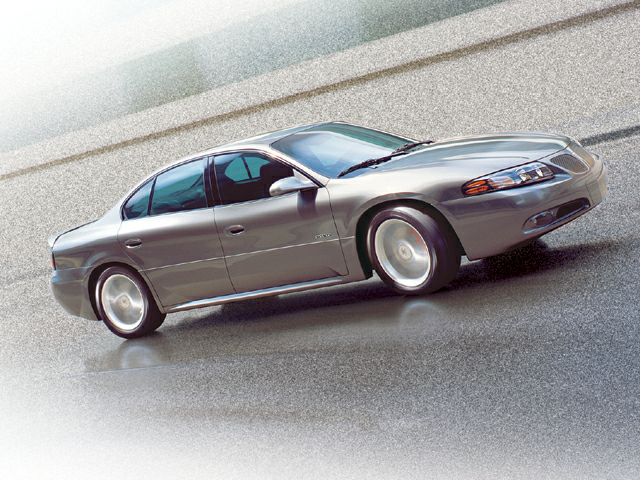 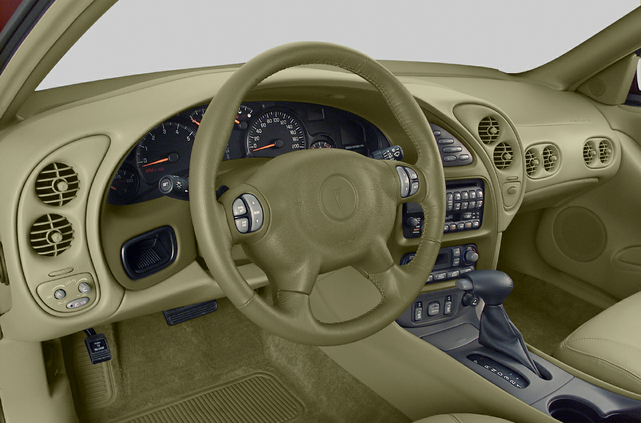 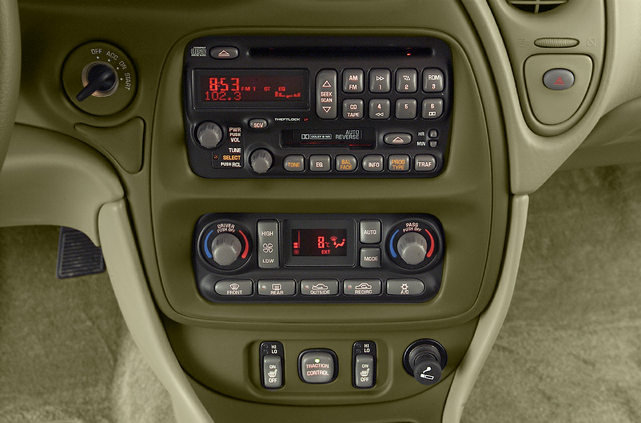 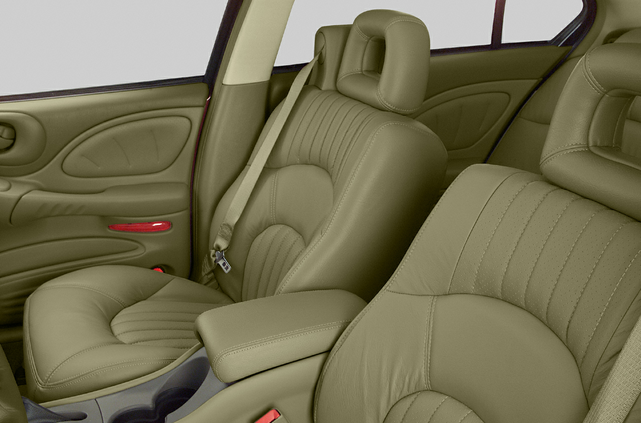 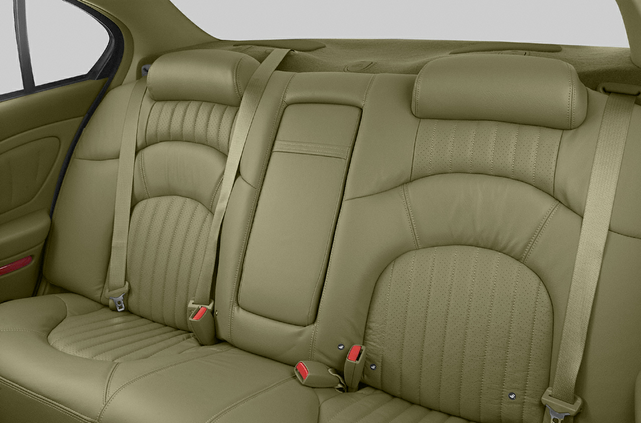 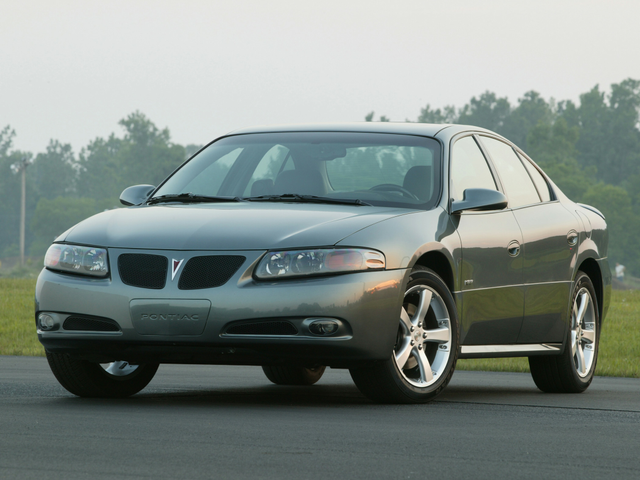