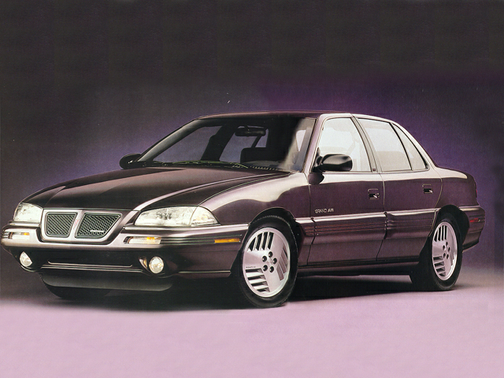 1
No 1995 Pontiac Grand Am inventory available

Our 1995 Pontiac Grand Am trim comparison will help you decide.

Did I say “streets?” Precision demands correction. National Airport has no streets. It has paths — ill-marked, ill-conceived and obstacle-strewn. Getting through National Airport thus requires more than a good car. It requires luck and good driving. What better place to hold a race?

Imagine! The Washington National Grand Prix! The idea occurred to me on a recent trip to the airport in a 1995 Pontiac Grand Am coupe. I was looking for a long-term parking space, a slot in that newfangled, brick-and-glass garage across from the airport’s main terminal.

I thought I followed the signs exactly, but I wound up near the end of the airport grounds, faced with a choice to “exit” or “return to main terminal.” I took the “return” option and was fascinated by the path’s twists, turns, deceptions — absolutely boggled by the jumble of it all.

I finally made it back to the garage, only to find that place full, which meant another tour around the airport grounds in search of satellite parking lots A, B or C. I wound up at B after several near-collisions and a couple of rounds of tight-corner maneuvering.

The Grand Am GT handled the trip much better than I did. But I’d love to come back again with a racing helmet, race car and more liberal speed limit. I mean, even at 20 mph, some of those airport curves were, um, very interesting.

Background: Think of the Pontiac Grand Am as a family car with libido. It looks hot and almost drives that way. But it’s an economy car, no doubt about it.

The front-drive Grand Am, introduced in its present form in 1985, comes four ways: base SE coupe and SE sedan, and sporty GT coupe and GT sedan. The car really looks and feels better as a two-door coupe. But the Grand Am is aimed at young folks, many of whom are married, have children and need doors3 and 4.

The youth theme is evident in the slope of the Grand Am’s hood, the sassiness of its bifurcated grille and the flippancy of its rear end. The problem is, youth appeal turns to something more adolescent in the design of the car’s instrument panel — a whimsical, be-buttoned thing that could use some of the sophistication found in the dashboard of the Nissan Altima.

A five-speed manual transmission is standard on all Grand Am models.

A driver’s air bag is standard. No passenger bag is available on the 1995 Grand Am.

Ride, acceleration and handling: Excellent. Competes with any compact coupe or sedan. Excellent braking. You’d be making an error if you left this one off your shopping list. Mileage: About 26 mpg (15.2-gallon tank, estimated 383-mile range on usable volume of regular unleaded), combined city-highway, running driver only.

Purse-strings note: For best value in the Grand Am, go easy on the options. You’ll still wind up with an attractive, nice running car.

January 31, 2018
By SoccerMom3 from Minnesota
Owns this car

This car was fun and sporty, but had issues with leaking head gasket?s. I hear this is common in a lot of these cars. It ended up needing so much work that it was smarter to sell it and get a new vehicle. I would not purchase these again. The Pontiac G6 is a great alternative if you like GMC products though.

My dad had this car for about 7 years with under 70K when he got rid of it. Reason being for that is because it would constantly leak oil. Sounds like a simple fix I guess but after a while, we got sick of it. Stay away from the '90s Grand Ams. Its to bad this car isn't reliable but has amazing exterior looks.

best car i have ever had

very nice car, extremely reliable. There were no problems with the one i had. As long as i changed the oil and had a few brake changes everything ran smoothly. 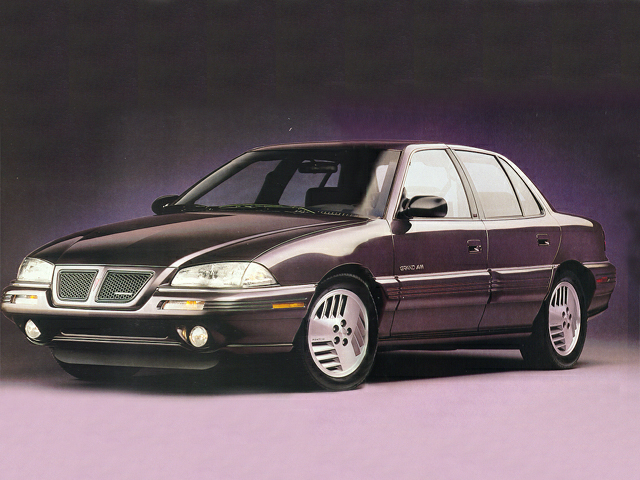