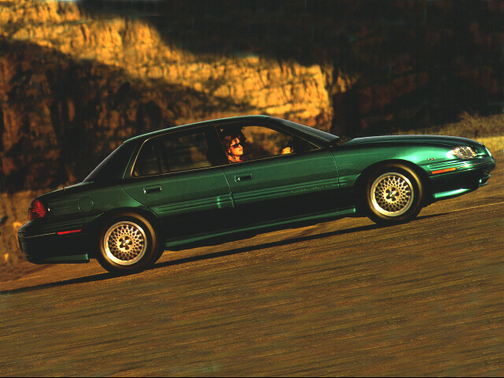 4
No 1997 Pontiac Grand Am inventory available

Our 1997 Pontiac Grand Am trim comparison will help you decide.

There’s a simple reason the Grand Am is Pontiac’s best-selling vehicle: You get a lot of car for not a lot of money.

While the ’97 edition hasn’t changed much from the previous year, Pontiac has thrown another bone to the budget-pinched – standard air conditioning on all models. There’s an added benefit, too, that you won’t see advertised. The interior is so cramped it finally may force you to go on that diet.

She: The Grand Am would be an easy target to pick on. A lot of the competition, like the Toyota Camry and the Nissan Altima, clearly are better engineered and more sophisticated cars. But they’re handicapped by price. That’s where the Grand Am shines. Our test car was loaded up with all kinds of options and it still squeaked in with a total price of just $18,015. That will barely buy you an entry-level Camry these days. While the Grand Am’s chubby steroid “sporty” style may not suit everyone’s taste, at least you’re not getting some bland insurance-company car. Price and personality. How can you beat that?

He: Let me count the ways. Just look at some of the Grand Am’s siblings at General Motors, like the new Chevrolet Malibu and the Oldsmobile Cutlass. Both are better-built, better-looking, better-handling and better-equipped cars for around the same price. Plus, a new Grand Am is coming next year. I would say buy the 1997 model only if you can get a heavy discount on the sticker. I imagine you’ll have a pretty good chance of wheeling and dealing on the Grand Am.

She: That’s half the fun for some people. Where the Grand Am disappoints is in the cabin, which is short on space and has just about the worst-looking plastic I’ve ever seen. Our test-vehicle had a teal-colored interior, which just seemed to intensify the cheapness of the plastic. It seemed too grainy and garish. The rear seats feel quite cramped.

He: The whole interior is cramped for a six-footer, and the front seats are so thinly padded, you’ll feel every pothole in the seat of your pants. Other than that, the Grand Am is not much better than a middle-of-the-road car.

She: I’m surprised to hear that from a former Saturday-night hot-rodder. I thought you’d love the engine power in the Grand Am.

He: Whaddya mean, “hot rodder”? In my beat-up ’65 Fairlane with the 289 V-8, “three on the tree” transmission and bald, retread tires, you gotta be kidding. I know 150 horses in the Grand Am’s size and price class is nothing to sneeze at.

But let’s not kid ourselves, this is no sports car. The steering is not as crisp and precise as it could be, nor does the car feel all that agile, despite the fact that it has struts and coi ls in front and a semi-independent trailing-arm setup in the rear. As I said, it seems like just a step behind some of the newer products in the segment.

She: Of course this is a sports car. Just look at some of the competition. You get an anemic 98-horsepower engine in the Suzuki Esteem and a 100-horsepower engine in the base Saturn SL1 sedan. I don’t want to get into a philosophical argument with you about what’s sporty and what’s not, but the Grand Am is sporty, believe me. If the engine isn’t zippy enough for you, just look at the two new paint colors – both metallic and one’s even purple.

He: Oh, come on. I’m just trying to say that the Grand Am seems to have lost a little of its spunk and personality. It’s even more apparent when you consider what a great job Pontiac did in redesigning its big brother, the Grand Prix, this year. I just hope some of that excellence and enthusiasm filters down to the Grand Am when they redo it next summer for the 1999 model year.

She: I think it’s more spunky than ever. Especially if spunky means able to handle whatever is thrown at it in terms of weather and road conditions. You get standard antilock brakes, and with the optional four-speed automatic transmission you also get a form of traction control. So you get sporty and sensible. Tote up all the safety features, including daytime running lights and child-proof rear door locks, and the Grand Am seems fun and practical. I admire that.

He: Wait a minute. I’m fun and practical. You never said you admire me.

She: I wonder how your specs would hold up next to the Grand Am’s.

He: How about more rear-end room and a louder exhaust?

12-month insurance cost: According to AAA Michigan: $949, Rates based on an average family of four from the Livonia area whose primary driver is aged 40 with no tickets who drives three to 10 miles each way to work. Rates reflect multicar discount and, where appropriate, discounts for air bags and seat belts.

I bought this car because it looks immaculate!! The interior looks like it's never been set in,the exterior looks as if it has fresh paint on it. Unfortunately the car was ran without oil in it so I'm waiting for the replacement. Cant wait to drive it again

Picked up a '97 SE V6 4 door to get back and forth from school while my Jeep was being repaired and it never let me down. Drives great, handles great, only problems I've had are the the radio not lighting up anymore and an exhaust leak which makes it sound pretty good to be honest. 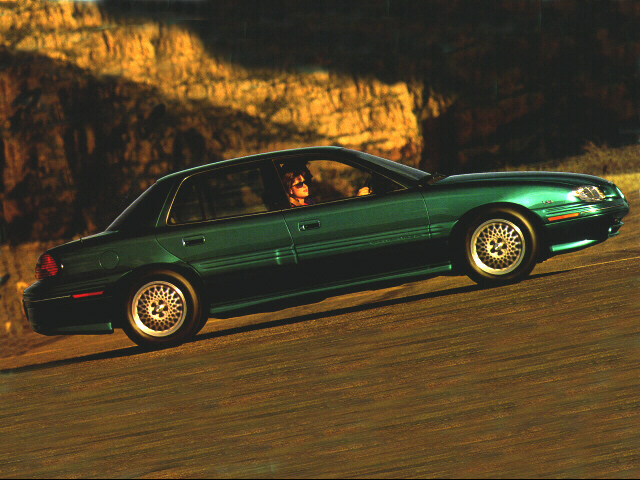 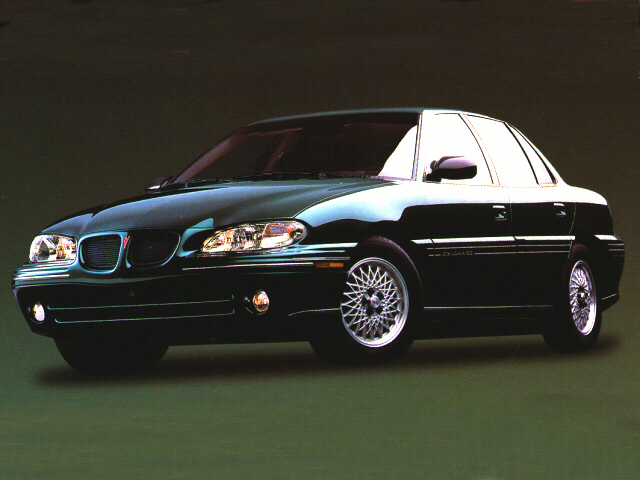 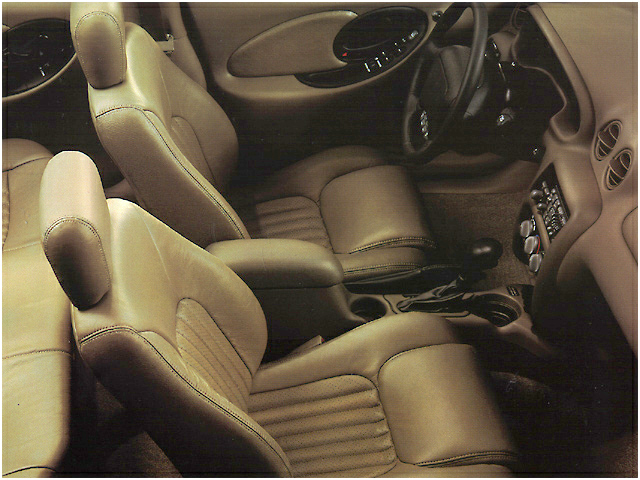 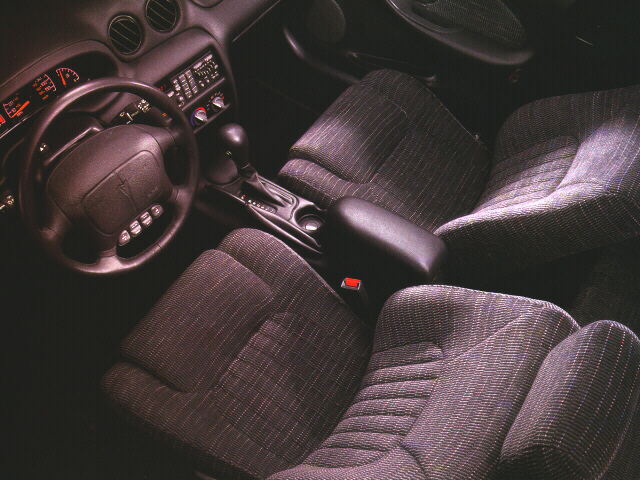