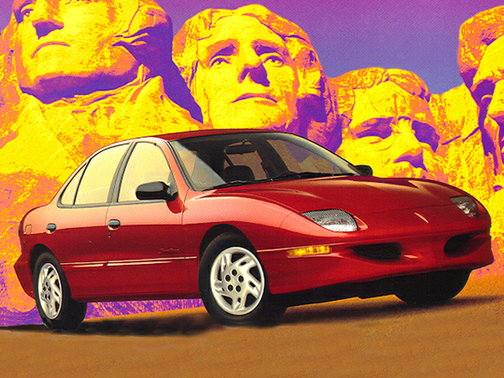 Our 1999 Pontiac Sunfire trim comparison will help you decide.

This is no place for wimps. The speed limits run from 55 mph to 70 mph. But everyone drives 80 mph and higher, including me.

I’m no scofflaw. But going slower than the actual median speed on this road is an invitation to the coroner’s office. I’d rather go to court.

I got it from National Car Rental at Detroit-Wayne County Metropolitan Airport. The car is generally in good shape, with a bit more than 2,300 miles on the odometer. But it’s wheezing in high-speed traffic, struggling to breathe.

In fairness, this is not the best of the Sunfires, the structural and mechanical twins of Chevrolet’s Cavalier models. It’s a basic four-banger, 115-horsepower, equipped with a three-speed automatic transmission. Top Sunfires, such as the GT coupe, come with a 150-horsepower, 16-valve four-cylinder engine mated to a five-speed manual transmission. Those cars can run!

But the Sunfire SE? I’m in the right lane, seeking shelter from the four-wheeled missiles whooshing past me. But whoever designed the entrance ramps to the Detroit region’s share of I-75 must have flunked highway safety. The ramps are crash traps–short and sharply angled into oncoming right-lane traffic. Collisions and near misses in those areas are commonplace.

Perhaps, the center lane. . . . Whoooshhh! Think again. Heavy trucks emerge from the blur of traffic, gobbling up the center, biting at my rear.

I step on the Sunfire SE’s accelerator. There’s nice tension there, a tautness, as if the car is going to respond. But it’s a fake sensation–an engineering trick in which the accelerator pedal was designed with a short travel from idle to wide-open throttle to give the illusion of performance.

I’m having none of this. The fear of getting smushed keeps my foot on the accelerator, and the Sunfire, after more whining, starts hauling tail.

Speed is absorbed by congestion close to Detroit, where people are driving 55 mph, albeit in a weaving fashion, often unaccompanied by directional signal lights. The Sunfire can deal with this–close, motorized urban warfare, where nimbleness replaces horsepower as a virtue. The car, a front-driver, is nimble.

But it’s a nag, too. It’s engine rumbles in complaint as we pull into the garage at Detroit’s Renaissance Center. I understand its displeasure but am just happy to be parked.

A late-winter snow is falling. The car will chill out. And with the propsect of frozen, slippery roads comes the likelihood of slower, more reasonable speeds for tomorrow’s run. I walk toward the hotel and bid the Sunfire goodnight.

Complaints: The base Sunfire is a good commuter that loses composure and comfort when pushed to run for a long haul at superhighway speeds. A car that is a pleasure in the city becomes something of a nightmare on the open road, where far more powerful beasts roam at a frightening pace.

Praise: A good city car, especially for people who are more concerned about fuel economy than they are about performance.

Safety: Standard stuff–dual front air bags and side-impact protection. But it’s a small car, and there’s only so much a small car can do when confronted by something larger.

Mileage: About 26 miles per gallon. Estimated 378-mile range on usable volume of fuel.

reliable and cheap to fix

November 11, 2020
By junkyard from montreal,quebec
Owns this car

November 26, 2018
By Streetfire from Roy wa
Owns this car

This car is very reliable yeah somthing goes bad every once in ahwile but with what car won't.? This car is highly modifiable I have changed the interior to red wich looks clean af and also doing the outside. This car always gets me where I need to go and is very underated.

Rating breakdown (out of 5):
1 person out of 1 found this review helpful. Did you?
Show full review
2.4

1999 Sunfire SE. This car was given to me for free as a surprise in 2011. I was happy to have a free car considering my 1992 Saturn wasn't doing well. However, the car, off the used lot, had a transmission problem - it slips whenever parked on sloped/non flat surfaces. Also, I had to press down on the gas to start the car - maybe a vacuum leak. Over the years it needed general repair like battery, alternator, brakes. But unexpectedly need brake lines because they rusted, serpentine belt broke, then head gasket blew, and needs a muffler! After reading forums, I found that blown head gasket and other problems are common among GM brands, especially Pontiac. 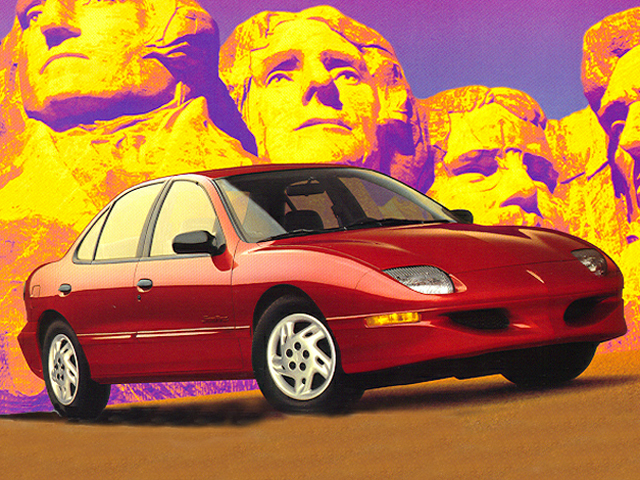 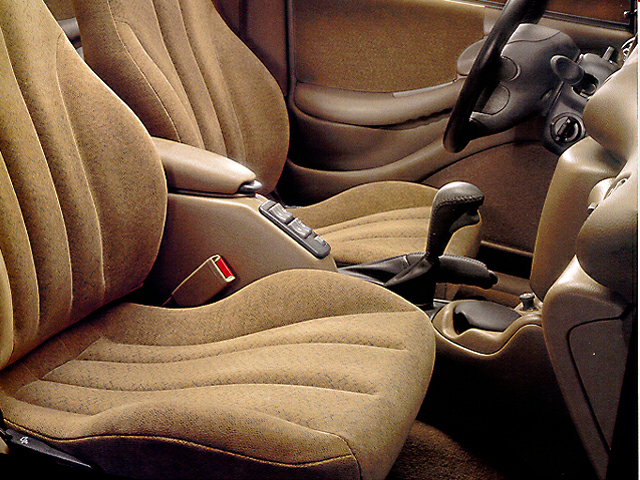