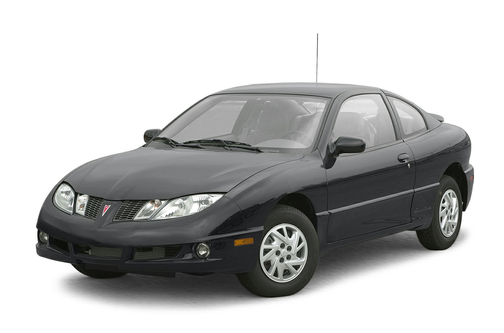 Our 2003 Pontiac Sunfire trim comparison will help you decide.

In the sporty two-door segment, your choices include the Acura RSX, the Hyundai Tiburon, the Mitsubishi Eclipse and the Toyota Celica. If your tastes are a little more eclectic, there are the Mini Cooper and the Volkswagen New Beetle. More conservative? The Chrysler Sebring and the Toyota Solara. Value-minded? You can choose from the Hyundai Accent, the Ford Focus and the Honda Civic.

These models all cost roughly the same as or less than the 2003 Pontiac Sunfire coupe we tested at $20,000.

And they’re all better cars.

He: I’m trying to find something kind to say about the Pontiac Sunfire, which received a bit of a face-lift for 2003, but I really can’t think of a single reason to choose this vehicle over any of its competitors. It’s been a while since I’ve given only a single point to one of our test cars, but I was so disappointed by the “new and improved” Sunfire, I couldn’t bring myself to be more generous.

She: I’d like to think that the Sunfire is not as bad as you make it out to be. It certainly has more personality than something like the conservative Civic. You know it’s a Pontiac at a glance, which is a real plus when so many cars today just seem like a total blur on the road. The Sunfire comes equipped with a twin-cam 2.2-liter four-cylinder engine that makes 140 horsepower, so it’s a decent performer, and it returns up to 33 miles per gallon on the highway, according to the EPA. It’s American-made, built in Lordstown, Ohio, a fact that seems to be increasingly important for some buyers. In short, I’m just glad that you haven’t written down all my faults, like you did with the Pontiac.

He: Honey, let me put it this way — you’re no Sunfire. When I went over the car in detail, I wound up with a whole mini checklist of flaws, none of which were really major, but when combined seem really staggering in a single vehicle. The cabin, where you spend most of your time, is the biggest offender. Just to cite a few problem areas, the mouse-fur material on the headliner and visors is puckered and tacky. The new seat fabric is garish and cheap-looking, and the front seatbacks are especially crummy. Individual plastic pieces are sloppily installed — the caps over the seat-belt reels, for instance — and there are uneven gaps nearly everywhere you look. If we saw this kind of stuff on a Korean or a Japanese car, we would crucify it. Sorry, but it’s equally unacceptable on an American-made product.

She: Maybe we just got one bad apple. You can see that the concept was a good one. The cockpit is sporty, not stodgy, with the leather-wrapped shifter and steering wheel. The sculpted door panels give it more of a race car feel — again, more personality than even some of the highly-touted Japanese competitors. Which is not to say that I didn’t have my own issues with the Sunfire. I couldn’t figure out why the driver’s vis or hit the rear-view mirror when you put it down. Or why the front seat belt strangles you when you’re trying to climb in and out of the rear. Or why there are no amenities in the rear seat, like cupholders. I did like the 60/40 split rear seat. But when you tally all the negatives, in my book, the Sunfire is barely average.

She: I’m bothered by the a la carte pricing menu on the Sunfire, and the fact that our test car was loaded with $5,000 worth of options. Everything from anti-lock brakes and side air bags to a CD player and even the console cupholder co extra. So I can only imagine what the base car, at $15,000, looks like.

He: If the Sunfire came fully loaded for $15,000, it would still be a bad deal. Until General Motors Corp. greatly improves the quality, the look and the feel of its small cars, particularly the interiors, it will never be fully competitive with Ford and Dodge — let alone the foreign brands.

Likes: Sporty, not stodgy, with spoiler and leather-wrapped steering wheel. Sculpted doors give cockpit a race car feel. American-made, for people who care.

Dislikes: eat belt strangles you when climbing in and out of rear. No amenities in rear seat. Drivers visor hits rear-view mirror. Boring monochromatic interior looks plasticky. Too much a la carte pricing.

12-month insurance cost (Estimated by AAA Michigan. Rates may vary depending on coverage and driving record.): $1,406

July 26, 2020
By FuseBooty from Olney illinois
Owns this car

Was a really good car just want something a little nicer and faster really looking for a Mazda so if you have a trade offer let me know.

April 19, 2018
By Ozz from Frankfort, Illinois
Used to own this car

I loved my Sunfire, it was fun to drive,reliable, good on gas, sporty styling, and a beautiful shade of blue. Shortly after buying this car Pontiac went under, so this was my first and last new Pontiac. Unfortunately age and climate took it's toll and had to put the Sunfire into retirement

My Ride or Die

I just hit 250k miles on my car last week and it is still running great. I?ve only had to replace the alternator on it in the 10 years I?ve owned it and replace the shifter link). It?s survived the 4 accidents (never at fault), Atlanta?s commute and traffic and is always reliable. I absolutely love my car and will keep driving it even though I can afford a new one. I can?t wait until I hit 300k. 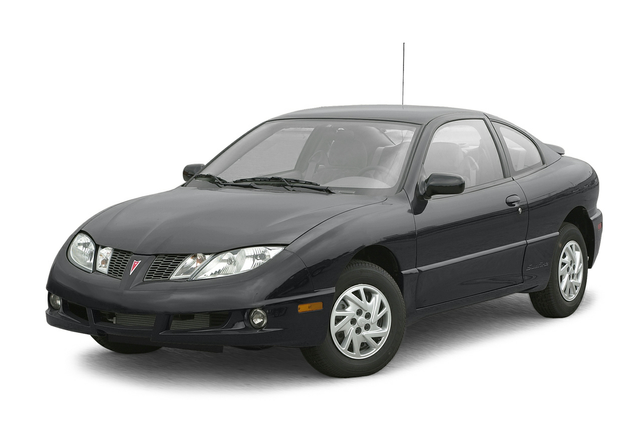 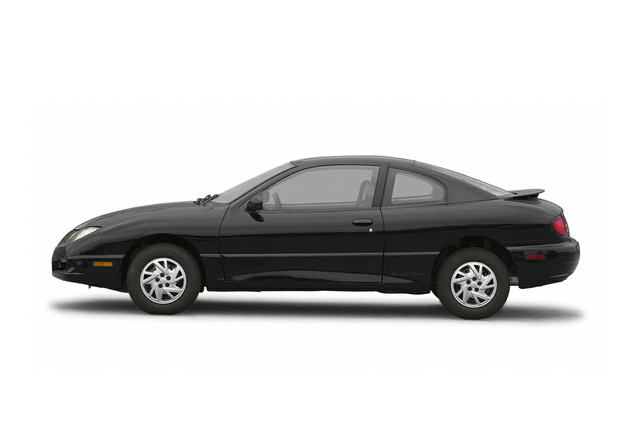 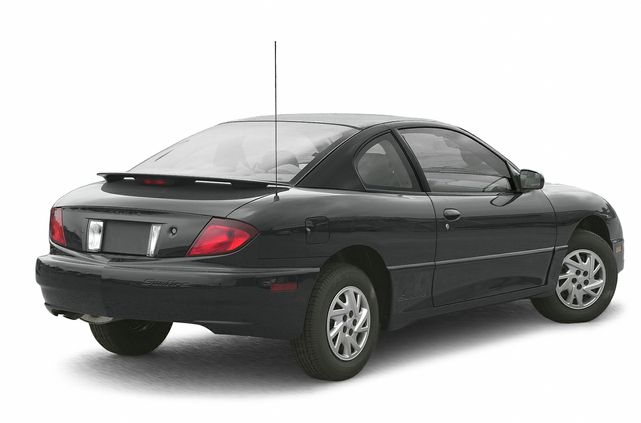 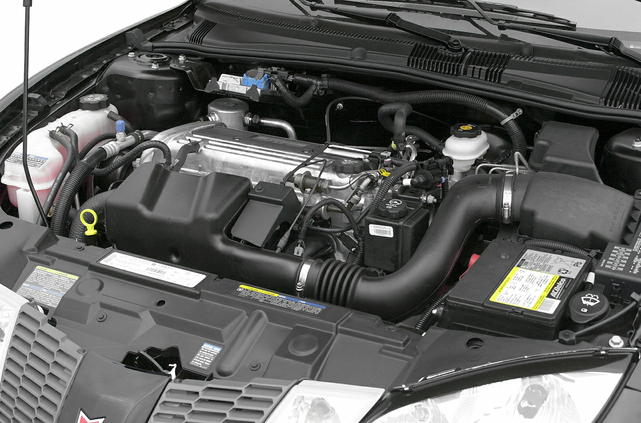 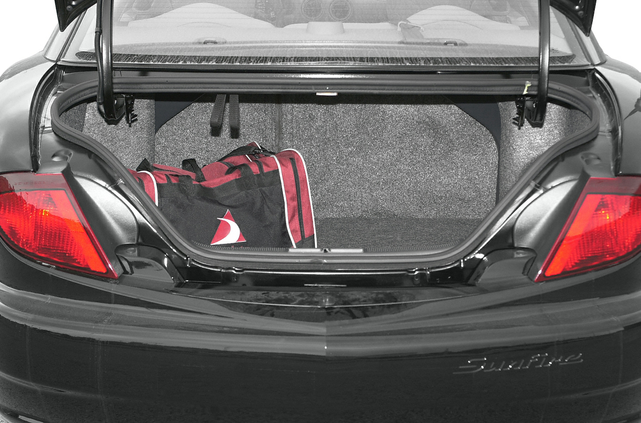 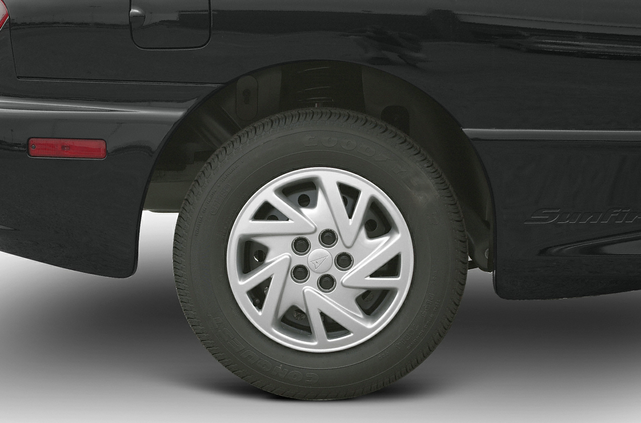 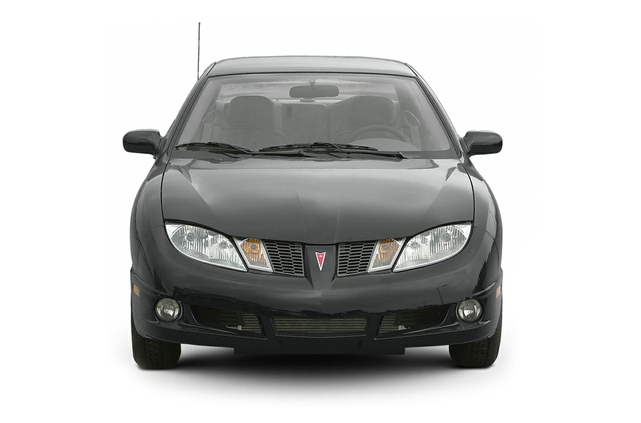 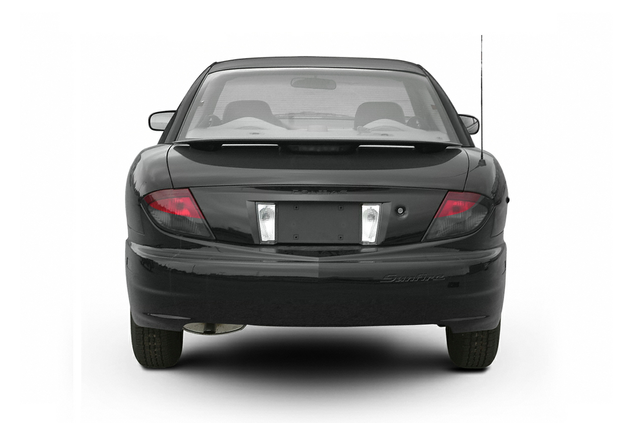 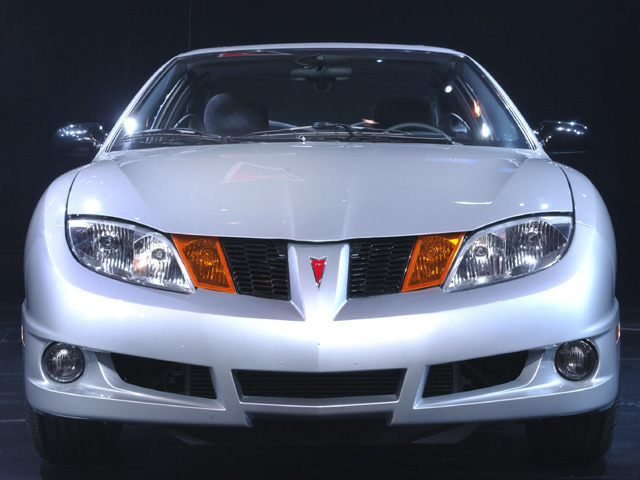 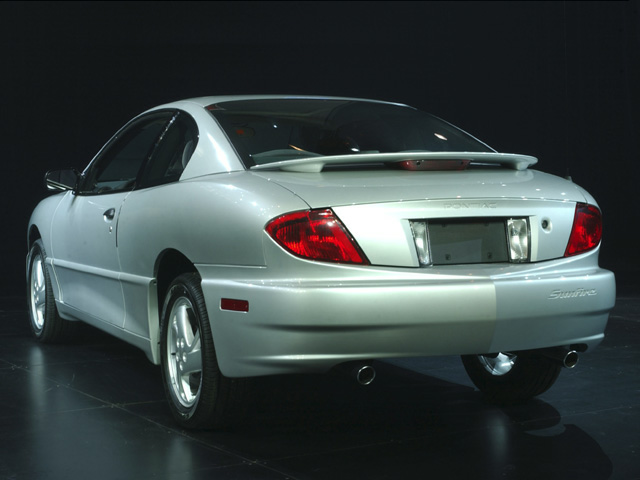 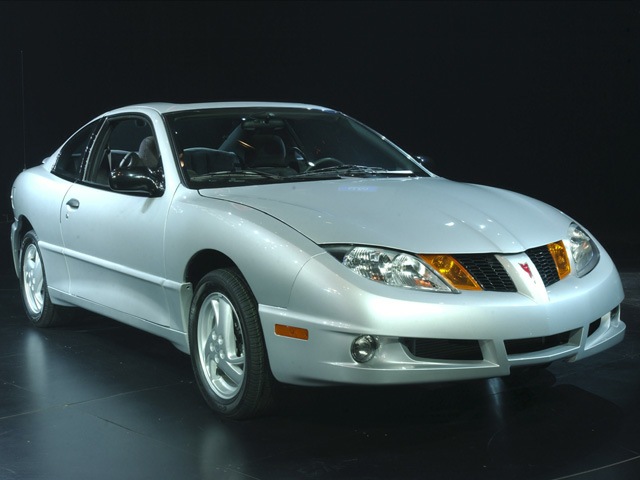 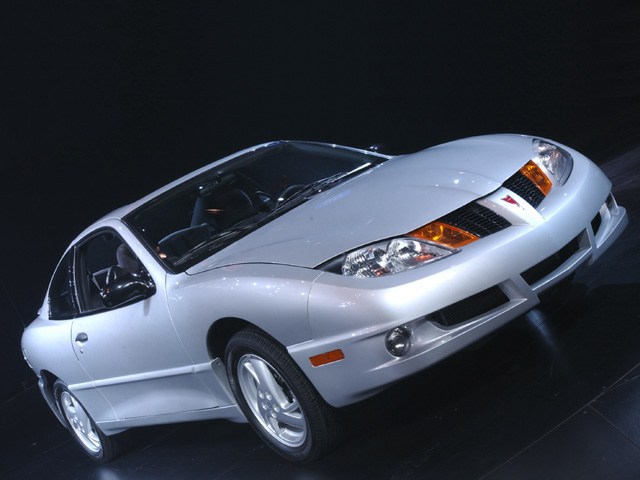 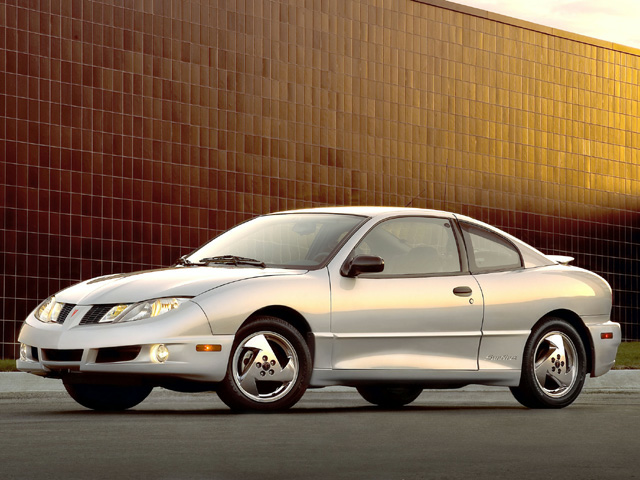 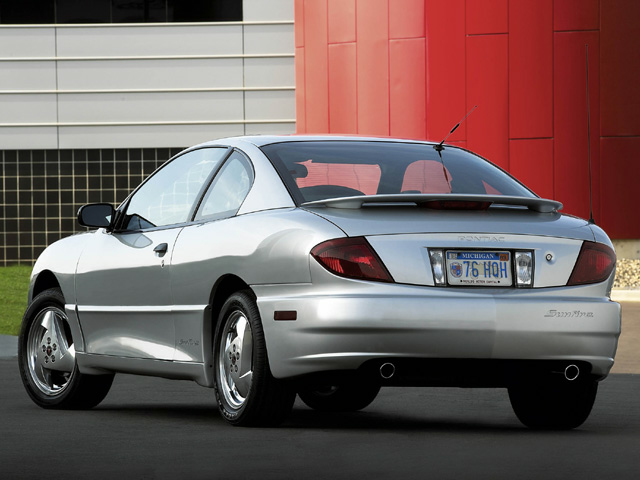 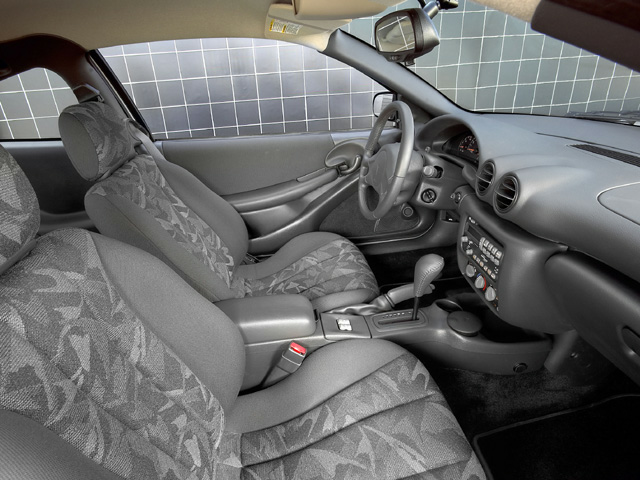 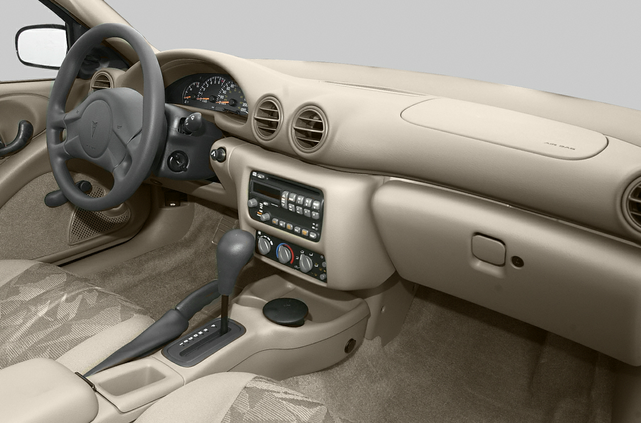 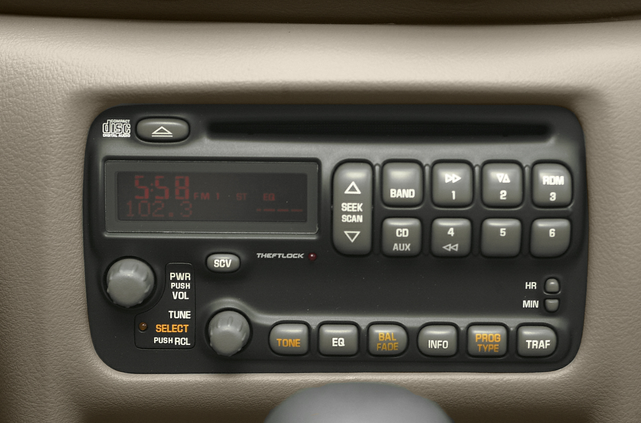 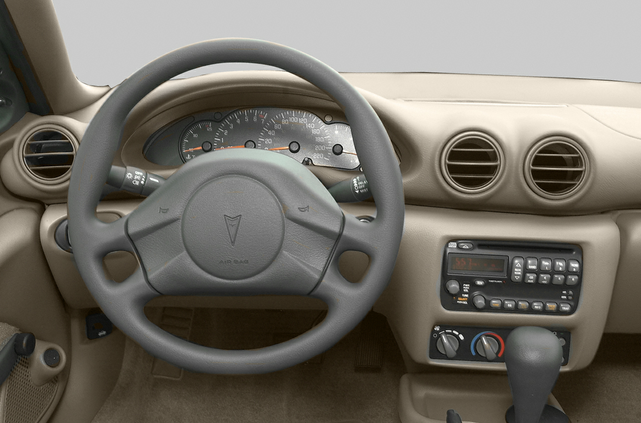 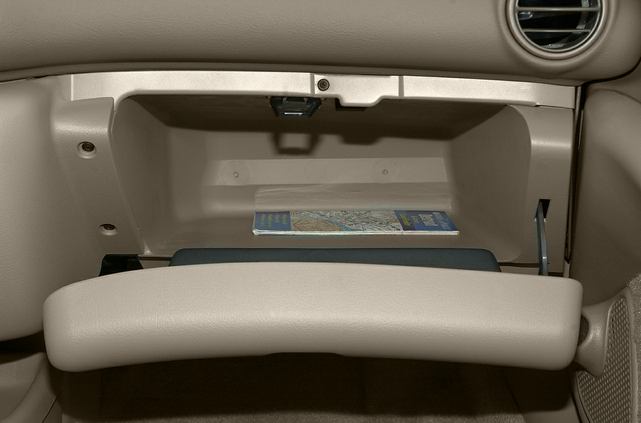 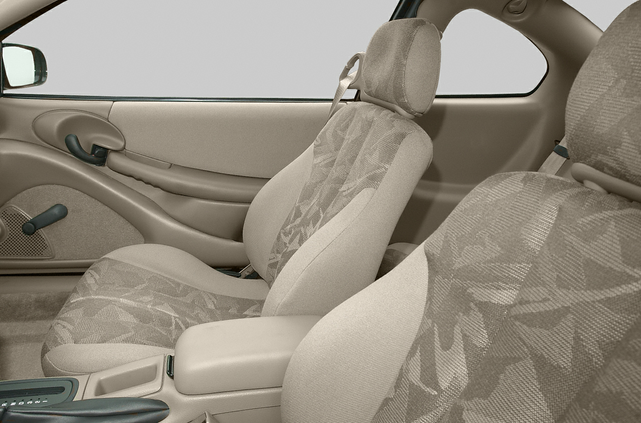 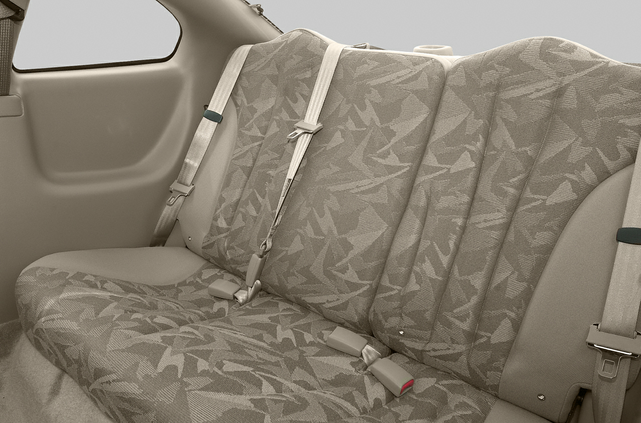 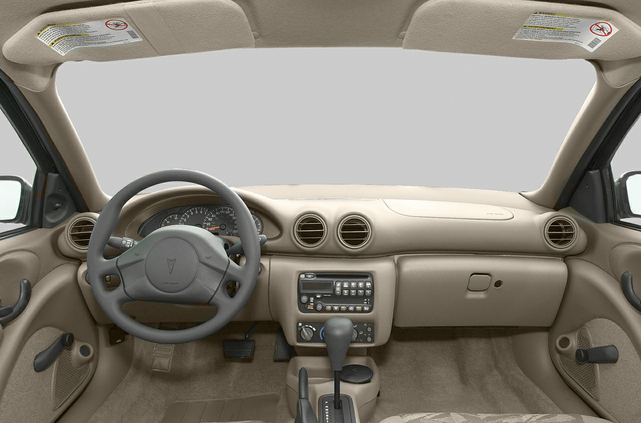 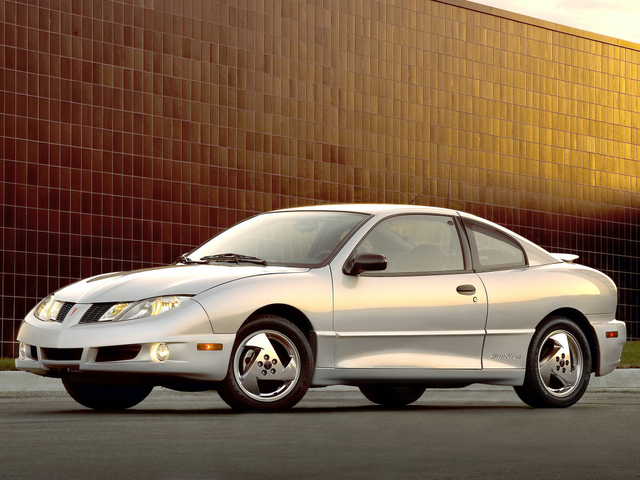