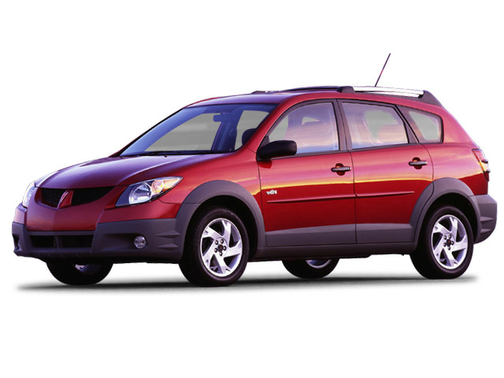 Our 2004 Pontiac Vibe trim comparison will help you decide.

What IS this thing?

A sports car? A sport-utility vehicle? A crossover wagon? Or, as the poets at the Environmental Protection Agency say on its sticker, a “midsize”?

I guess you could call it a bit of all those things, though to my eye and sensibilities, “crossover” works pretty well, because of its vagueness.

It comes in a number of forms, base, base with all-wheel drive and GT. I had requested the GT, because I had sort of tested the base series before. What that means is I tried out its sister ship, the Toyota Matrix. Yep, the only car in Pontiac’s present lineup that has anything going for it is a Toyota design. The two companies share the output of their jointly-owned plant in Fremont, Calif.

Whereas the base model zips around in lively fashion with its 130-hp engine and front-wheel drive, the GT has the same all-aluminum engine, but, blessed with a sky-high 11.5:1 compression ratio and Toyota’s tricky variable-valve system, it churns out 180 hp. Since it’s front-wheel-drive, you could spend your time down at the House of Grease laying rubber in their parking lot. It’s not necessary to smoke the front skins, though it’s in character.

The GT comes with a six-speed manual transmission. Hey, this is starting to look serious. And indeed it is. As much as I enjoyed the base Matrix, this one is a quantum leap in fun. Obviously it’s only for those who want to be deeply involved in the process of driving and can live, day in and day out, with a spirited thoroughbred.

The actual numbers for output are 180 hp at a lofty 7,600 rpm, and 130 foot-pounds of torque at 6,800. A lot of engines would have blown up before reaching even the latter figure. Toyota, like archrival Honda, has a variable-valve setup it calls intelligent. Obedient might be more accurate. It’s programmed to change when the valves open and how much they open. Normally, this makes for a smooth surge of power from just off idle that continues with perhaps a slight bump at the upper reaches of the tachometer.

Well, when you’re getting 100 hp per liter, there’s only so much the valve trickery can do. The best thing they do here is conduct a whole lot of fuel and air through the combustion chambers when the tach passes the 6,000 mark.

Absent traction control, you could rev up the engine and drop the clutch for a speedy getaway. But if you drive in a fashion designed to make the car outlast the warranty, you’ll have to become quite proficient at feathering the clutch.

Having six forward gears of course confers a certain panache, though here, with such a peaky powerplant, it allows enough torque multiplication in first and second to make the most of what torque’s available in the boring, sub-5,000 range.

The other gears are spread so as to be useful at a variety of engine speeds. Both fifth and six are overdrive ratios, to let the engine rest a bit once you’ve achieved cruising speed. They’re not all that long-legged, given the final drive ratio of 4.53:1. Needless to say, this mill will appreciate the highest octane you can find. I wouldn’t think of running it on anything below 91 octane, and I’d give serious consideration to using synthetic oil, too.

Offsetting the taste for high octane is the engine’s relatively thrifty use of it. EPA ratings are 25 mpg city, 30 highway, and despite flying it as if it were an aircraft, I got a respectable 27.4.

The GT weighs 2,800 pounds, and sits on an impressive amount of rubber. The standard wheels on the GT are 16-inchers, good enough. You can get what the tester had, 17-inchers, with 215/50 summer Dunlops.

The grip on dry pavement was ferocious; on a snowy road, atrocious. If you get the summer tires, better have a set of winter tires, too, if you must drive on icy or snowy streets. I think they may have gone a little wild specifying a Z rating. (Z means the tire can run all day at 149 mph and more.) But it sure makes a nice talking point when the guys and gals check out your ride.

Handling was quite good. The steering is quick and light, and the suspension – MacPherson struts front, torsion beam with trailing link in the rear – is something of an overachiever, given its rather primitive design.

Surprisingly, though the GT has a “sport tuned” suspension, its ride is for the most part quite acceptable.

The GT is upgraded to disc brakes in the rear, and they seemed up to the task of stopping this relatively trim car, even in repeated “panic” stops from 70.

Seats were fair, with insufficient lumbar support and not much wraparound grip. Both the rear pair and the co-pilot’s fold down nearly flat.

The Vibe is a little shorter than a Honda Civic sedan, but gets to be a midsize because its interior volume is a fooler: 111 cubic feet. Not only is there enough room for two average-size folks on the rear seat, there’s 19 cubic feet of gear room aft. With the rear seats down, cargo capacity is 54 c.f. Towing capacity (I shudder) is listed at 1,500 pounds. On the whole, the interior is pretty tacky looking, especially the fake brushed chrome trim. But build quality was fine, and ergonomics – instruments, plus radio and A/C controls – was dandy.

Base price on a GT is $19,340, and that includes such niceties as antilock brakes, power outside mirrors, fog lamps, air conditioning with microfiltration, an AM-FM-CD stereo with equalizer, wiper and washer on the rear hatch and, alas, a roof rack. (They were too enamored of the utility thing when they didn’t make that an option. We don’t ALL surfboard every day, and a lot of kids might find a roof rack off-putting.) It also comes with a most welcome surprise: a 110-volt power outlet to keep those 21st-century appurtenances charged – kewl.

The Vibe got top marks (5 stars) from the feds for front occupant protection, and a 5 for front passenger protection in a side impact, 4 stars for safeguarding those in back. The insurance folks have tested neither a Vibe nor Matrix yet.

The tester had the monochrome appearance package for $325; a bundle: power windows, power door locks with remote keyless entry and cruise control, $600; the unique tires and wheels, $400, and a DVD navigation system, $1,600. With freight, total was $22,825. Edmunds.com says you can probably wangle a grand off most places, plus there are some seductive financing deals now.

The Vibe has been the best car I ever owned ,

Very reliable , easy to work on , great in the snow , if I was sending any member of my family on a long trip , the Pontiac Vibe would be the car I would prefer they drive. I have owned over 40 used vehicles in my life and the Vibe is my favorite.

I have had my Pontiac Vibe over a year now I got it used the odometer stopped working at 299999.9 miles so I'm not sure how many miles it really has and the only thing I have to fix that is going to be a big job is the wrist pin is going out but other then that I haven't had any real problems out of it I love it it's one of the best cars I have ever owned.

Rating breakdown (out of 5):
1 person out of 1 found this review helpful. Did you?
Show full review
1.6

Worst car i ever owned

June 15, 2020
By AmandaT from Cuyahoga falls ohio
Owns this car

Rating breakdown (out of 5):
0 people out of 3 found this review helpful. Did you?
Show full review
See all 43 consumer reviews 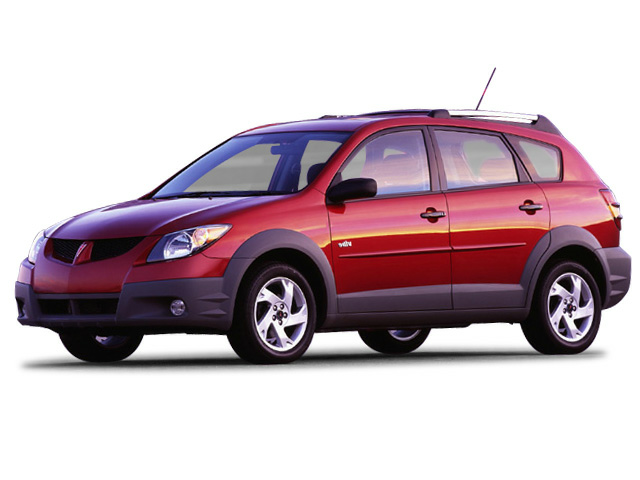 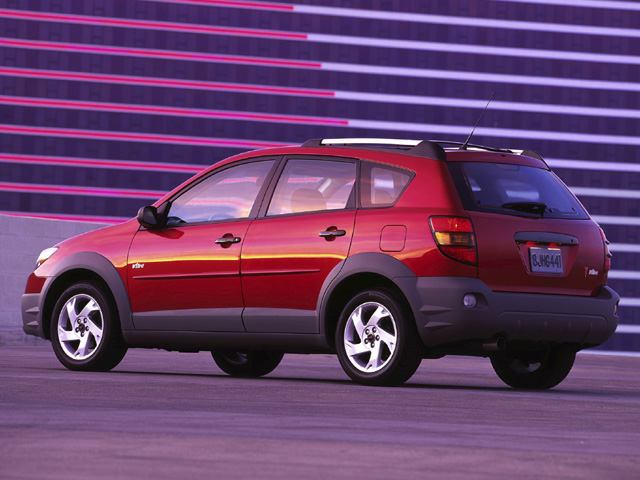 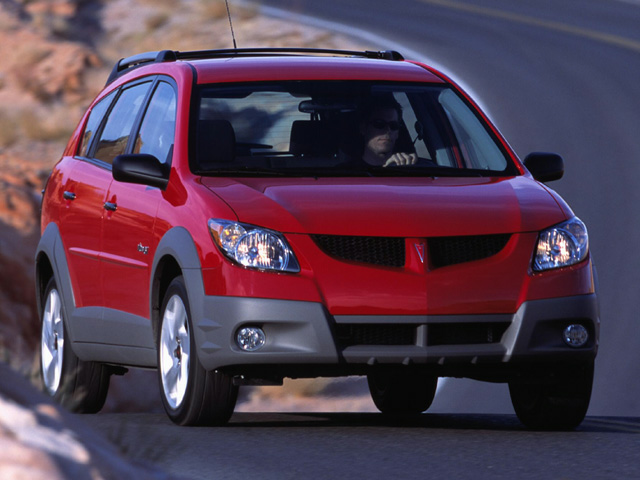 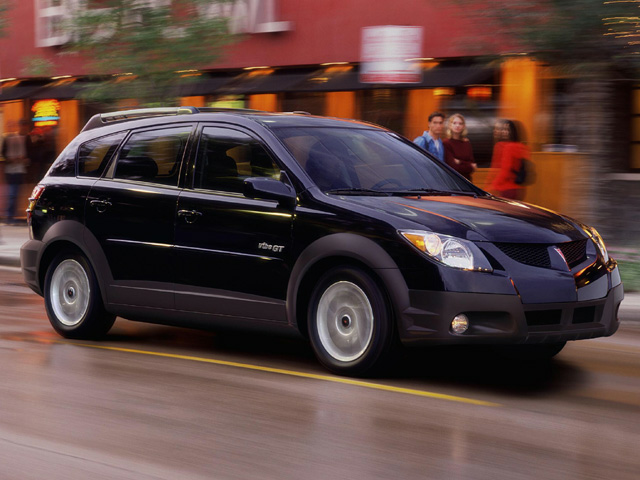 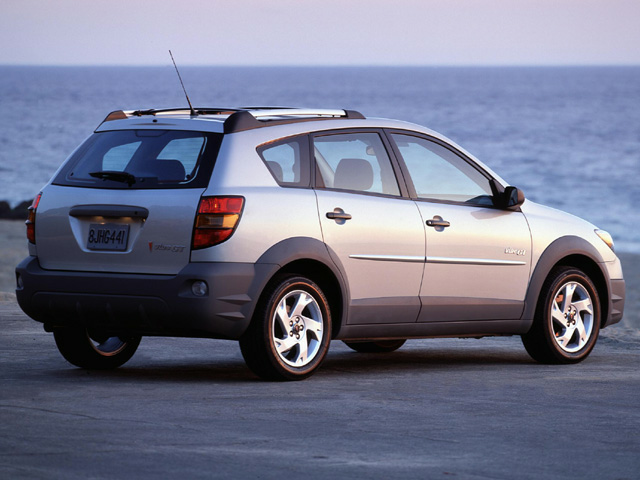 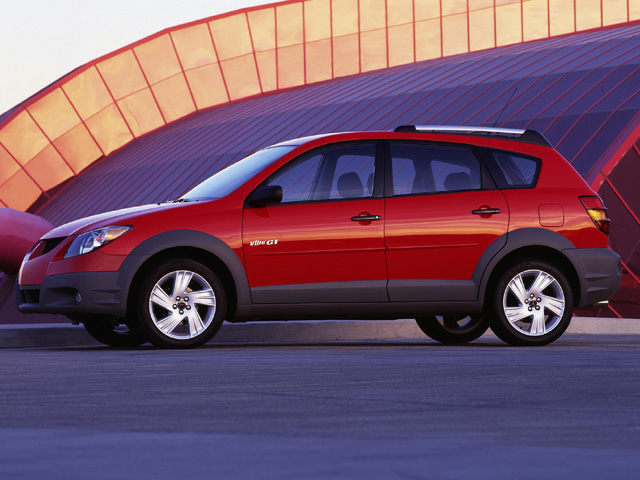