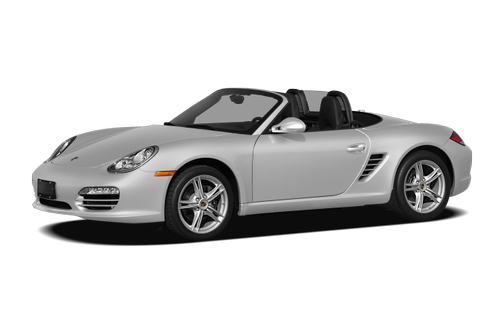 Our 2012 Porsche Boxster trim comparison will help you decide.

Editor’s note: This review was written in October 2010 about the 2011 Porsche Boxster Spyder. Little of substance has changed with this year’s model. To see what’s new for 2012, click here, or check out a side-by-side comparison of the two model years.

You can always count on a kid to give it to you straight. I’d just parked Porsche’s new Boxster Spyder roadster when I noticed some kids, not more than 8 or 9 years old, hyping their lemonade stand. Always willing to help the local economy, I walked over to buy a cup.

“Your car is awesome!” one of them cried. I couldn’t agree more; the Boxster Spyder is the most interesting — and exciting — Boxster yet.

The Boxster Spyder becomes the most powerful, quickest and — at $61,200 — most expensive version of Porsche’s entry-level roadster. For information on the base and midlevel S trims, click here.

Unique Design
Porsche has gone to great lengths to differentiate the Spyder from its Boxster stablemates. Key changes include a removable canvas roof that stows under a restyled rear deck. The deck is accentuated by two large humps directly behind the head restraints that taper toward the roadster’s tail. All in all, the changes — especially the modified deck — make the Boxster Spyder look like the kid brother of the Carrera GT, Porsche’s now-discontinued supercar.

A Street-Legal Racer
You can drive the Boxster Spyder on public roads like I did, and I suspect many people will, but it’s a car that longs for the racetrack. Comfort and convenience accommodations for you and your lone passenger are minimal, to say the least.

Our test car had the sport bucket seats, which save 26 pounds but also get just one-position backrests that don’t recline (the heavier traditional bucket seats with an adjustable backrest are available at no extra charge). Making air conditioning optional and a CD stereo a no-cost option saves 26 and 7 pounds, respectively. Another weight-saving move: the very cool door-release straps, which take the place of traditional interior handles.

The less-is-more folks also got their way with the Boxster Spyder’s removable canvas roof, which, by modern standards, is a throwback to an earlier era of droptop motoring. It saves 46 pounds compared with a powered soft-top. The multistep process of disassembling and reassembling the roof takes some time if you’re unfamiliar with it, but it goes much more quickly after only a few tries. (Check out our video on the top’s operation.)

In many ways, the Boxster Spyder is like a harder-edged, stronger sibling of the Mazda MX-5 Miata. Both cars are designed to make the driver feel at one with them, and both succeed.

The key to the Boxster is its incredibly balanced handling. Toss it into a corner and it urges you on, gunning to go faster. The steering, which seems like it has a tad too much power assistance when cruising, develops an amazing level of intuitiveness in sweeping corners.

Handling fanatics will go weak in the knees after driving the Boxster Spyder, but it also has power to back up its aggressive looks. The 3.4-liter, horizontally opposed six-cylinder makes 320 horsepower — 10 hp more than the Boxster S — and the roadster’s mid-engine layout puts the engine right behind your head. The six-cylinder makes a great, mechanical growl when accelerating, and it gets louder when you activate the car’s Sport mode, which changes the exhaust sound and makes the gas pedal more responsive. After alternating between regular and Sport modes, I ended up leaving the Boxster Spyder in Sport, which seemed to suit it best.

Porsche cites a zero-to-60-mph time of 4.9 seconds with the standard six-speed manual transmission. With the optional seven-speed dual-clutch transmission and the Sport Chrono Package, the time drops to 4.6 seconds when launch control is engaged. Our test car had the manual, and it pulls strongly through the gears; it’s all too easy to run out of road, forcing you to brake.

The manual shifts smoothly, but the selector feels a bit like a giant light switch; it flicks back and forth as you shift like it’s attached to a hinge, as opposed to slicing through the gears like the Infiniti G37’s shifter. Nevertheless, the sense of harmony you get from the Boxster Spyder’s handling balance is also present in its powertrain. This car always feels ready to run.

Even though it makes slightly more horsepower than a Boxster S, the Boxster Spyder’s EPA-estimated gas mileage is a little better. It’s rated at 19/27 mpg city/highway with the manual transmission, which is 1 mpg better on the highway than a Boxster S with a manual. Both trims get 20/29 mpg with the dual-clutch transmission.

If you buy a Boxster Spyder, you’ll have to put up with a punishing ride. It’s great on smooth roads — but so is pretty much any other car. The slightest pavement dimples send a jolt through the chassis and a shot to your kidneys. There’s a clear payoff — that great cornering poise — but it’s one that some people might find too difficult to live with.

The Spyder’s sport suspension, which lowers the car 20 millimeters, puts the car’s structure to the test, and it gets a passing grade. The body is fairly rigid overall, but the firm ride reveals some minor flexing on especially bumpy roads.

You only have to take one look at the Boxster Spyder’s toupee-like roof to understand this car is meant for open-air motoring, and it’s a great companion for that type of driving. I spent part of a beautiful autumn day in the Boxster, and it was one of the most satisfying drives I’ve had in a while — both because of the splendid fall colors and because of the car itself. I was particularly impressed by how calm the cabin was with the top down — even at 60 mph. It’s mildly breezy, but it’s not until you get closer to 70 mph that the intensity increases. The roadster layout, combined with the bulging body work right behind the seats, seems to help isolate the cabin from wind rush.

Safety
Neither the Insurance Institute for Highway Safety nor the National Highway Traffic Safety Administration has crash-tested the Boxster, nor are they likely to.

Standard safety features include antilock brakes, side-impact airbags, side curtain airbags that deploy from the side doors, and an electronic stability system.

Boxster Spyder in the Market
At a time when most new cars are gaining more and more features, the Boxster Spyder, with its emphasis on fewer amenities for a more elemental driving experience, is something of a rare bird. In the U.S., the Lotus Elise is one of the few cars in this Porsche’s price range with a similar emphasis on performance and minimalism.

That said, if anybody is in a position to succeed selling something like the Boxster Spyder, it’s Porsche, which has the type of driving-enthusiast customer base to which this car caters. For many owners, I suspect the Boxster Spyder will be a plaything for the type of autumn days I spent driving it; used that way, it’s a wonderful addition to your personal fleet.

hopefully just off to an "unlucky" start

had the car for about 5 days, about half of what the Porsche garage has had it. may get it back sometime next week if the vacuum hose comes in from germany. good news is the compressor and serpentine belt are installed! the Porsche certification 150 point inspection didn't catch these problems, but i guess you can't catch everything, right? looking forward to a reset when i get it back and put this episode out of my mind as i rediscover the Porsche performance and reliability legend(?) The local dealer has been accommodating.

Getting car a ceramic coating a Shin Tech. Wow.

The Porsche Boxster S is truly the most fun car to drive I have ever driven. Got a taxi from the Chicago airport to the dealer and drove the car to Bentonville, Arkansas. Wow about 10 hours of the most fun I have ever had. Enjoyed all 6 gears and shifting was so fun too. I had an 2002 Boxster S I bought new in Ca. and wished I had ever sold the car. You got to get one. So fun to drive again.

Most Fun Car I have ever owned

The PDK transmission is the most responsive transmission that I have ever driven. The creature comforts are superb both heat and A/C. The mileage per gallon is much better than I expected in a performance vehicle 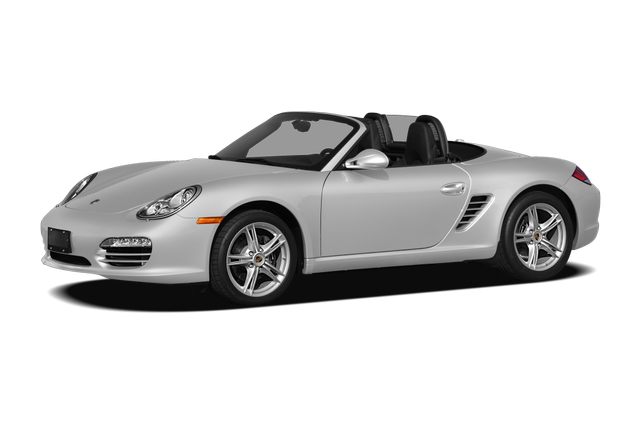 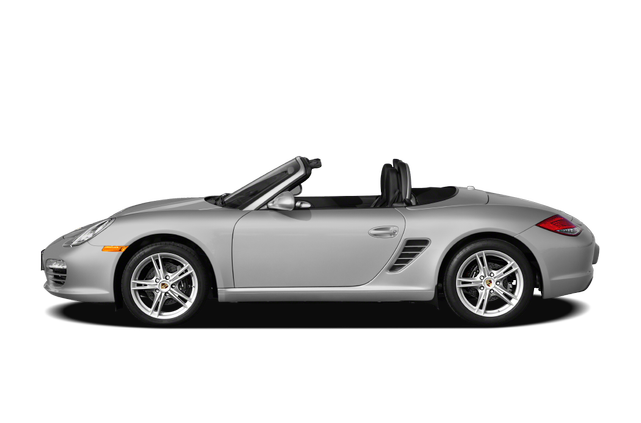 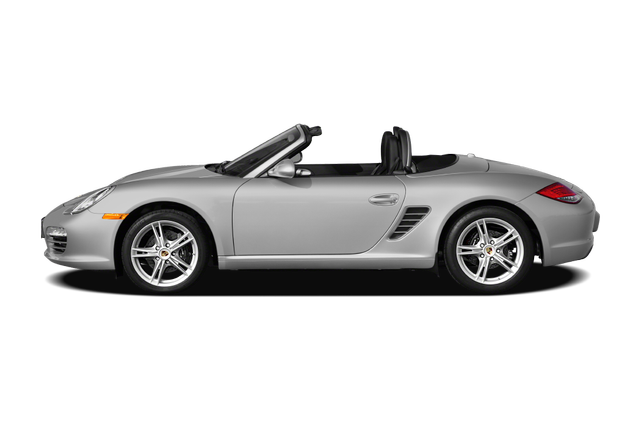 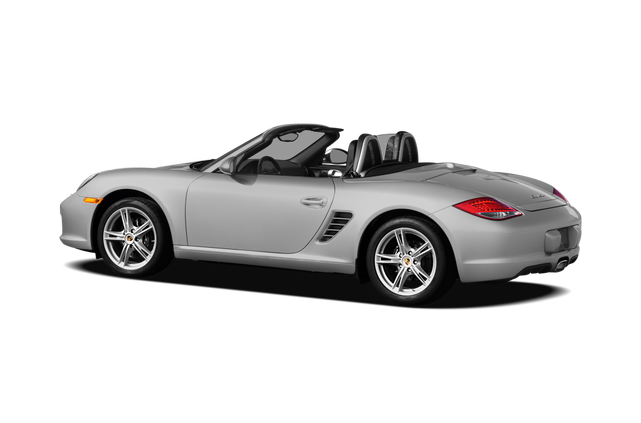 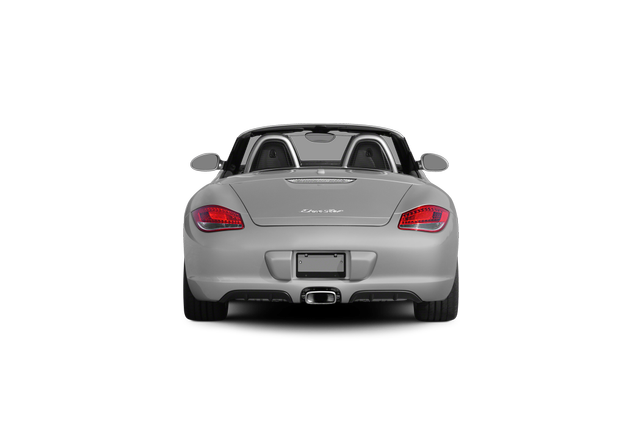 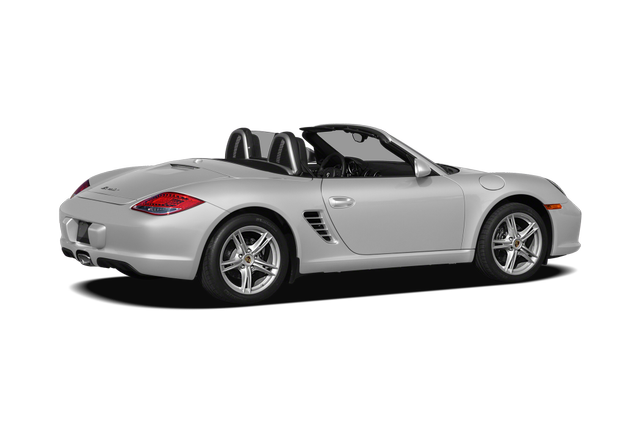 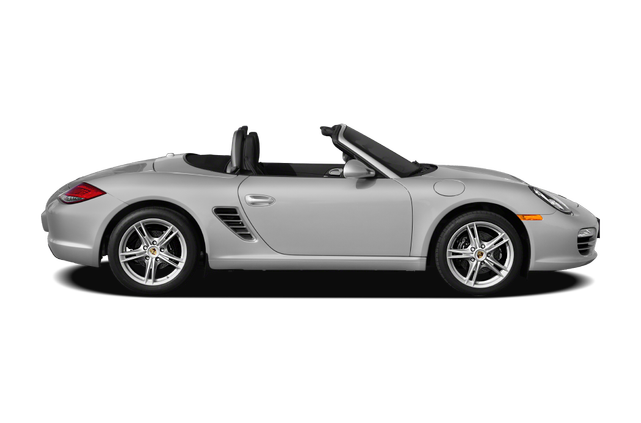 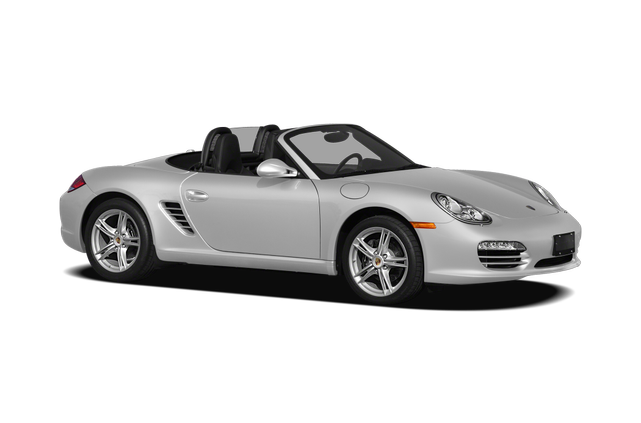 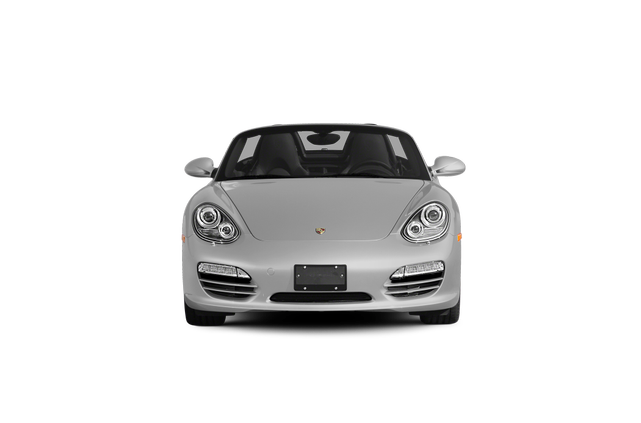 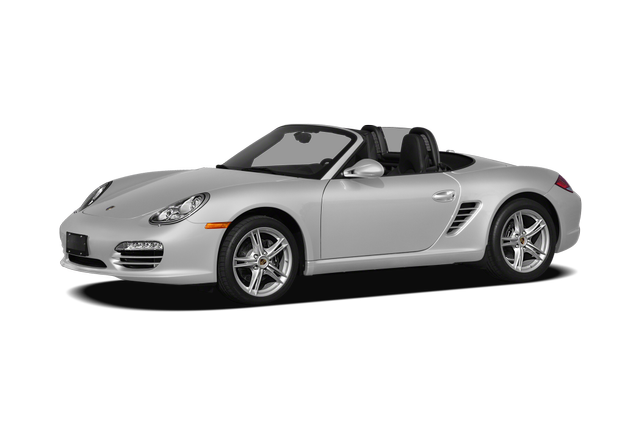 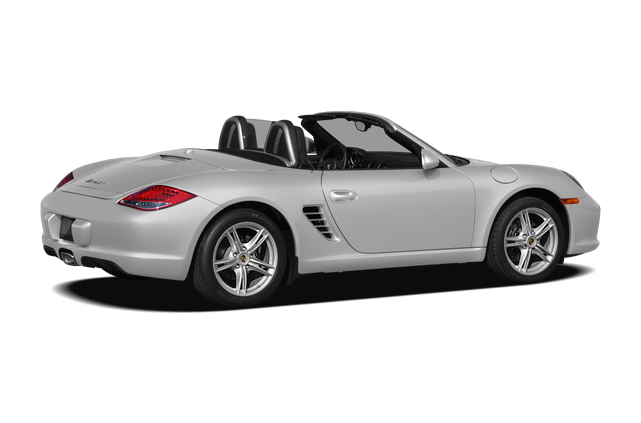 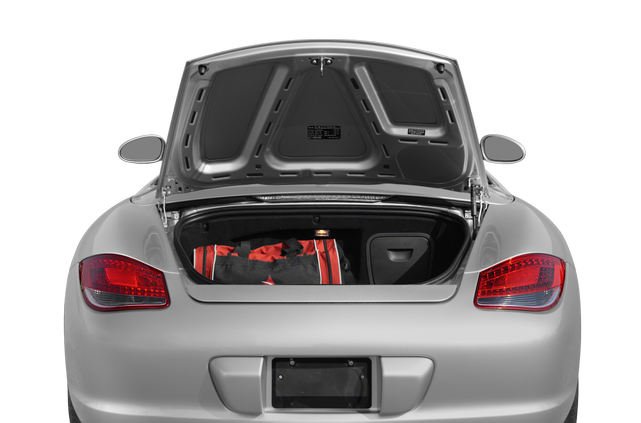 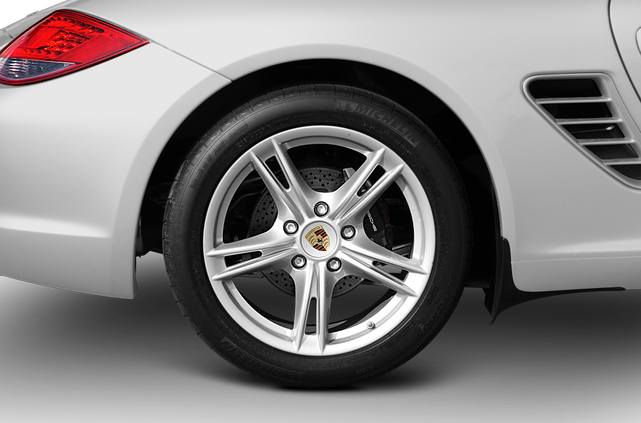 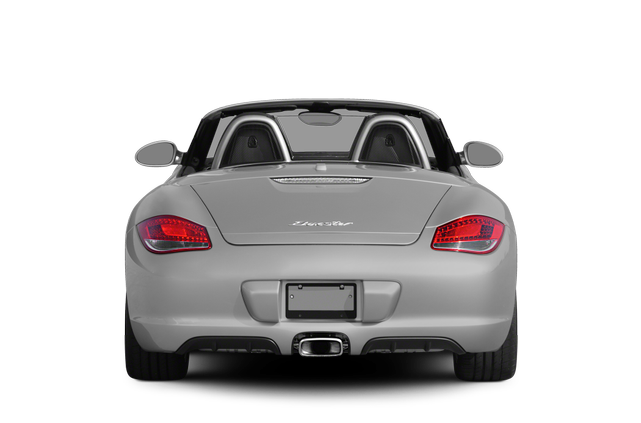 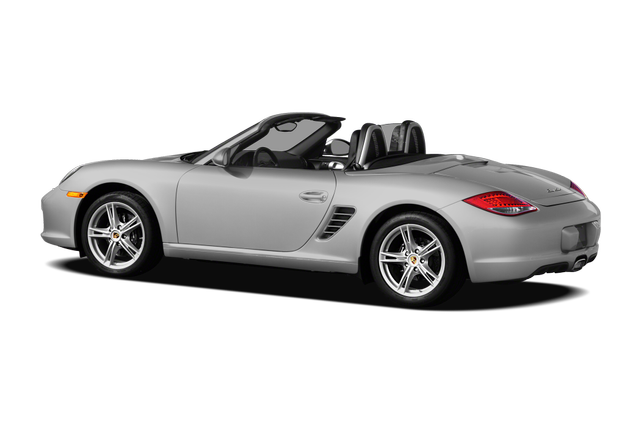 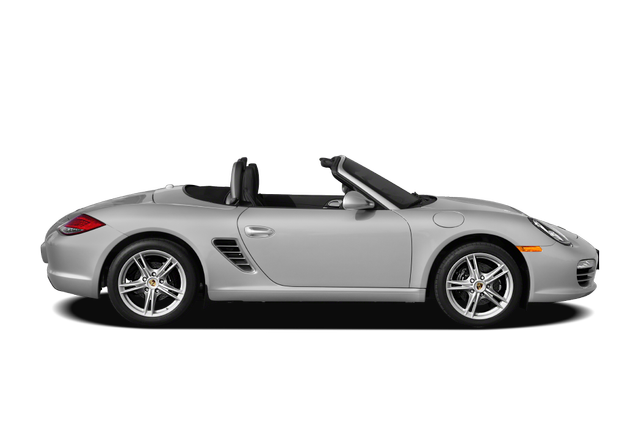 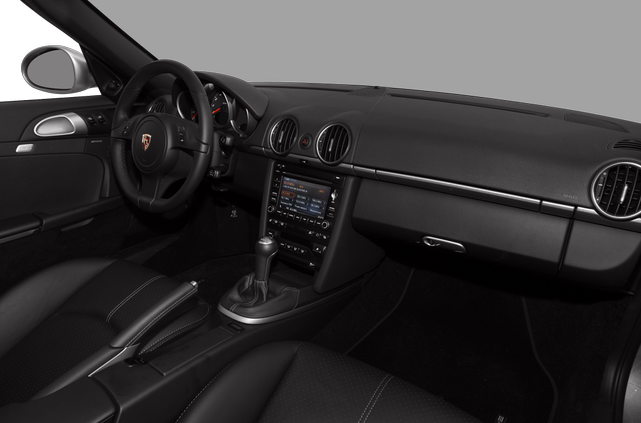 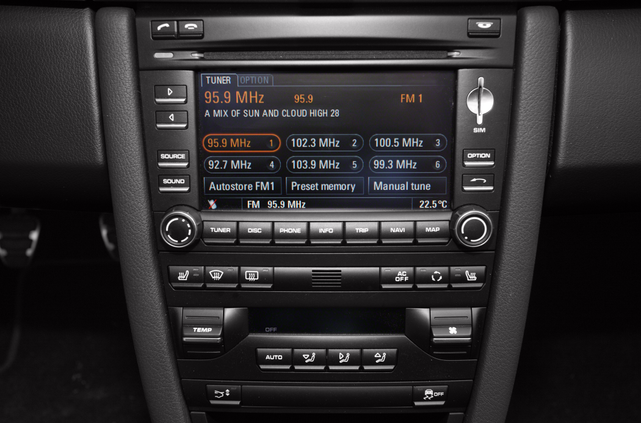 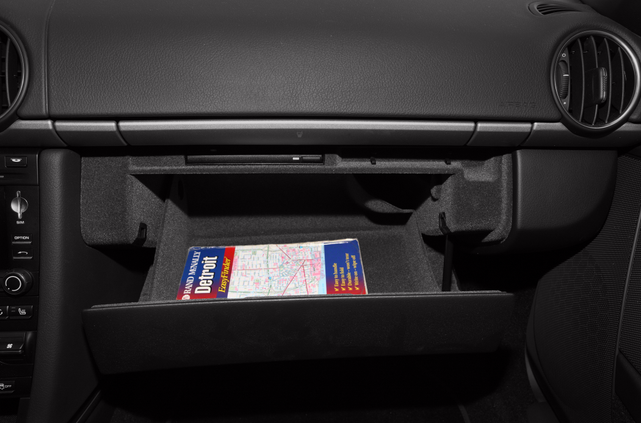 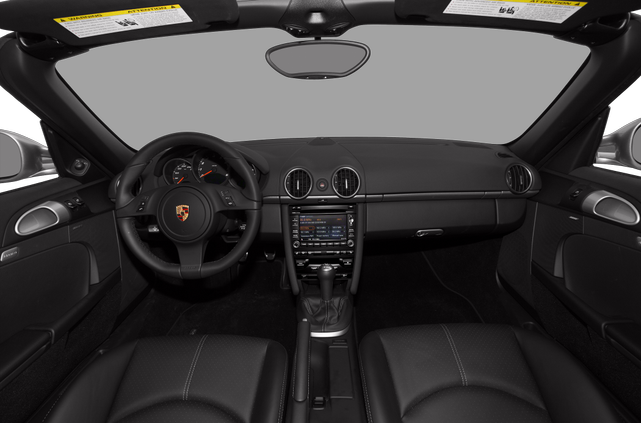 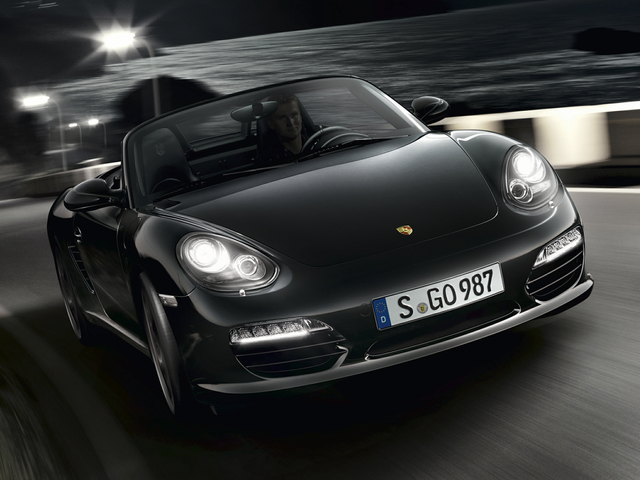 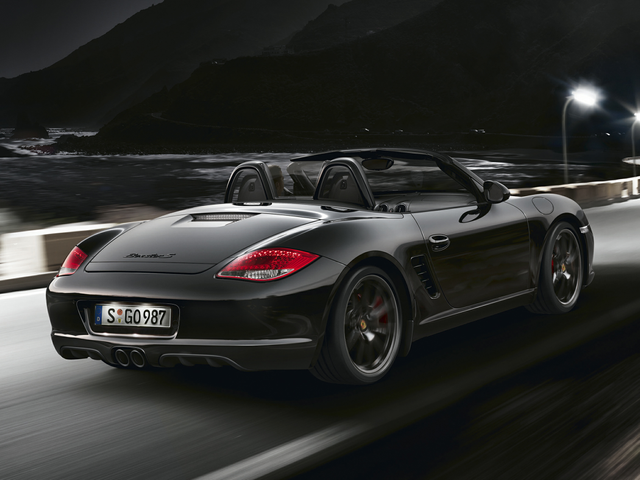 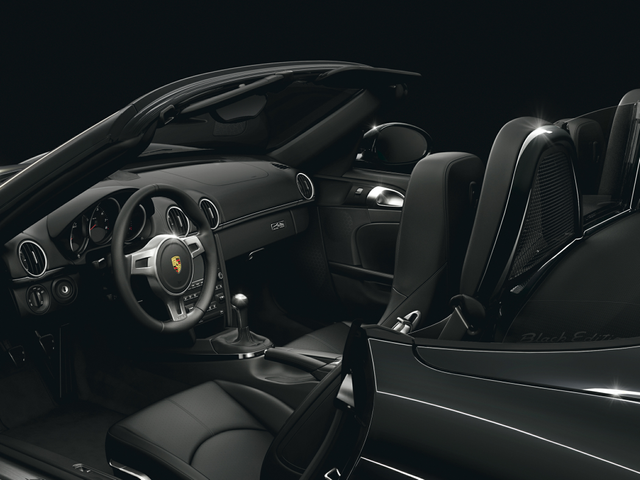 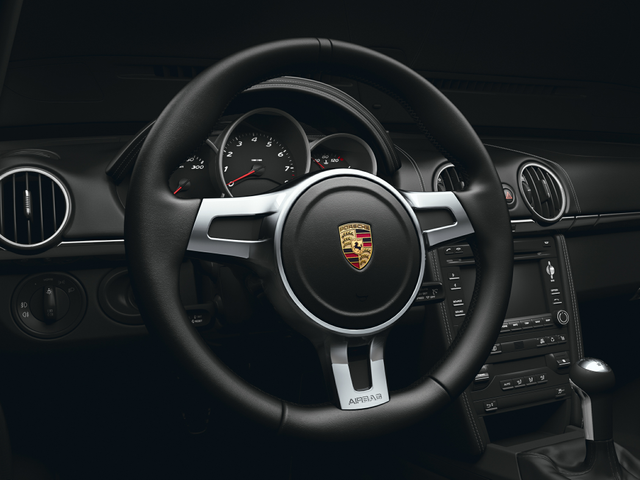