A Finnish-built sports car? With a roomy cabin and trunk? Named after a Swedish jet fighter? Now there’s a concept! Saab has always been the iconoclast among the European automakers, and its position within the General Motors Corp. family is no different.

The limited-production version of its bread-and-butter family car, dubbed the 9-3 Viggen, merely underscores the ongoing quirkiness of the brand. Saab doesn’t even build this car itself. It farms out final assembly to Valmet, a Finnish specialty-car builder who also assembles the Porsche Boxster.

We enjoyed our brief outing in the Viggen, which has many endearing qualities. Too bad the Saab we tested retails for nearly $40,000, putting it out of reach of all but the most affluent nonconformists.

She: I couldn’t help but think of the Viggen when I was reading The Prairie Shopper, a wonderful little country journal published by my old boss Bud McKirgan. In his column, Bud said he’s excited because the local fire department is offering a fire truck for sale. “That would have appealed to me 20 years ago,” he wrote. “Now, all I can do is wonder, ‘Why would anyone want a fire truck?'” Back in Detroit, I thought the same thing. Why would anyone pay so dearly for a super-fast, somewhat dorky looking Saab with oversized tires? Maybe you ought to take a whack at explaining that, dear.

He: Don’t be so cruel. I wouldn’t call the Saab dorky. Entertaining, yes. Different, yes. And I can think of two big differences between the Viggen and a fire truck. For one, the 9-3 has loads of room inside and is eminently practical as a family hauler. Two, it’s painted blue. Besides, Saab wants you to think of its famous jet fighter, the Viggen JA37, not a fire truck, when you drive this car.

She: You sure fell for it with your “eminently practical” remark. Get a minivan, my friend. The whole thing about the Viggen is exclusivity. Every 9-3 Viggen buyer gets a free driving course dubbed the “Viggen Flight Academy” at Road Atlanta in Georgia. It’s taught by racing professionals. Sure sounds like a Star Trek convention to me. That’s pretty exclusive and something you don’t get when you buy your average station wagon. Also, there will only be about 1,000 Viggens in the U.S. market, so you won’t see yourself coming and going. But “eminently practical?” I found the hatchback was quite heavy and hard to handle with an armload of groceries. I like the Viggen, but I think it’s for somebody who really needs a lot of attention.

He: That’s funny, considering the Viggen costs about $6,000 more than a 9-3 SE with the high-output 2.0-liter turbo engine, but it doesn’t really look or feel that exclusive. There are lots of little cosmetic differences between the two cars, mostly minor stuff like a spoiler, an air dam, rocker-panel extensions and special wheels. Sure, the Viggen gets a more potent engine. The high-output 2.3-liter turbo makes 230 horsepower this year and 258 pounds-feet of torque. Saab has beefed up the suspension and fitted low-profile 17-inch tires, but the ride is surprisingly soft and almost too compliant. Our test car had only two options – a GM OnStar communications system for $895 and that snazzy lightning blue metallic paint for $350. But I’m still trying to decide if the Viggen is worth that much more than the $32,000 9-3 SE.

She: I guess those 22 years of living with me haven’t completely rubbed off on you yet, huh? I say, Viggen equals overkill, overkill, overkill. It is like buying a fire truck. Can you really justify all that power – not to mention the indispensable ‘turbo boost gauge’ – and the price? The SE is a smarter choice, if you have to have 200-plus horsepower. If you’re content with a mere 185 horsepower, the regular 9-3 five-door is an even better value at only $26,400. But maybe you do need to rocket your way to the grocery store.

He: On the other hand, who’s always late for church? But I’m actually impre d by the level of safety, which is truly world class, as is the case for all Saabs. You get standard anti-lock brakes, anti-whiplash head restraints, front air bags, and dual-stage side bags. Amazingly enough for a sportscar, you also get terrific fuel economy – nearly 30 miles per gallon in highway driving, according to the EPA. Sorry, honey, but I really enjoyed driving this car and loved living in that sumptuous, beautifully designed cabin. Even if the 9-3 Viggen does have a goofy name.

She: I do know a male fantasy when I see one. If the Viggen had been pitched at women, we’d be going to Canyon Ranch Spa, not Road Atlanta. On the bright side, the Viggen is easier to park than a fire truck. Just don’t be coming in the house with an ax and big yellow boots.

Likes: A performance car with a shape and personality unlike any other on the market. A sports car with tons of head room and trunk space. Beautifully designed cabin. Thrilling acceleration from the turbo-charged engine. World-class safety features. Terrific fuel economy.

Dislikes: Despite ultra-low-profile tires, suspension feels way too compliant. Heavy tailgate is difficult to lift for smaller persons. Sticker price is way too high. Do I really need a turbo boost gauge? (Anita).

12-month insurance cost, according to AAA Michigan: $1,330 (Estimate. Rates may be higher or lower, depending on coverage and driving record.)

Owned for 14 years. Very reliable. Driven from Georgia to Colorado numerous times. Reasonable mpg and extremely comfortable. I wouldn't hesitate to make a cross country trip in it today.

Fun to drive with lots of space and can upgrade th

November 12, 2017
By pkhanduri from Texas
Used to own this car

Saab's are long lasting provided you can do the little stuff and keep up with the maintenance. very few were imported into the US and if you want afordable fun and power one cannot beat a Viggen.

Great gas mileage, fun to drive, turbo charged, minimal repairs. I had the 5 door hatchback. Best, most reliable car I ever owned. Bring back Swedish made Saab! 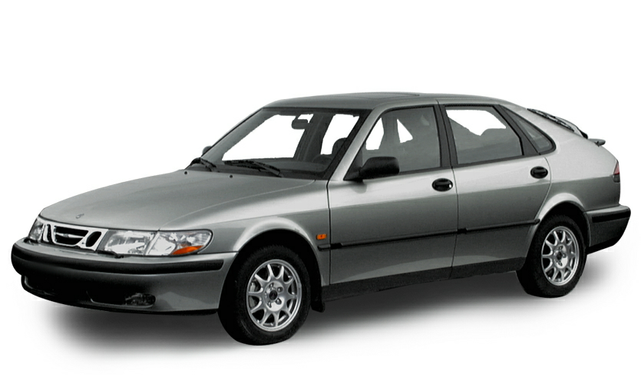 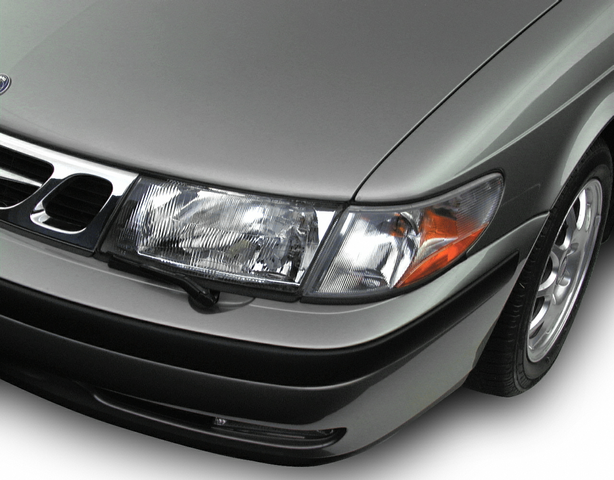 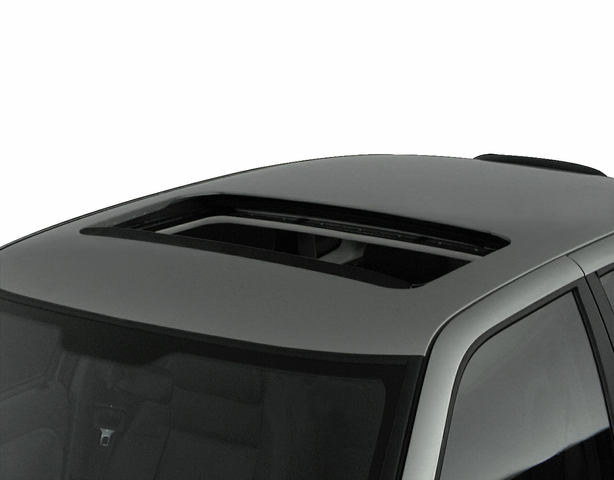 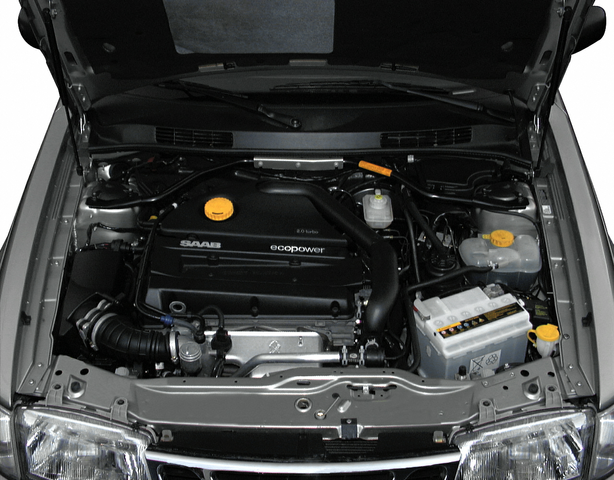 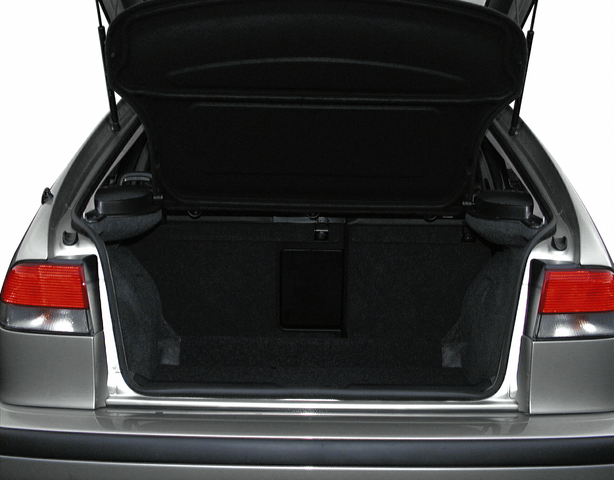 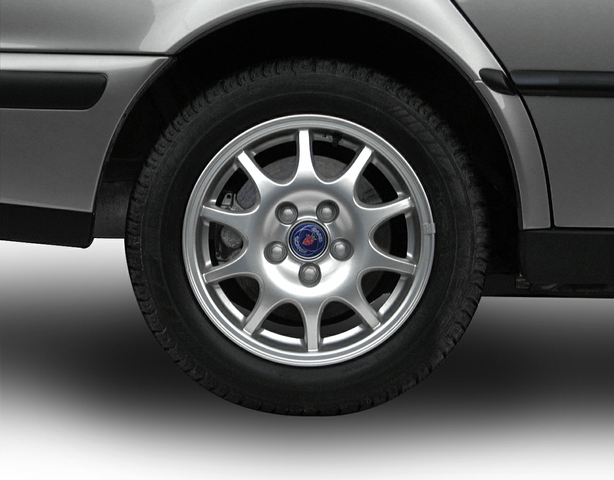 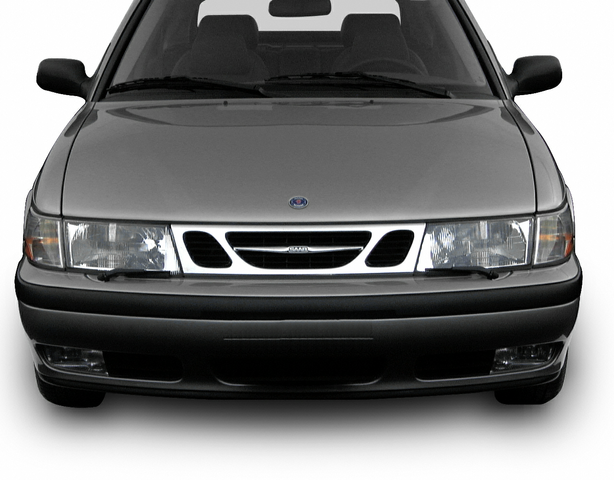 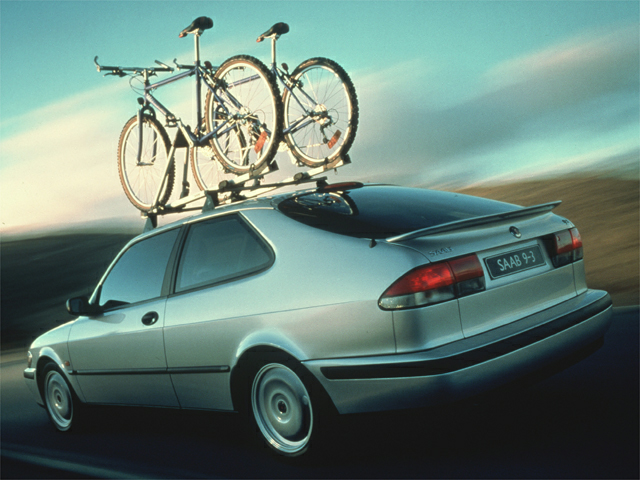 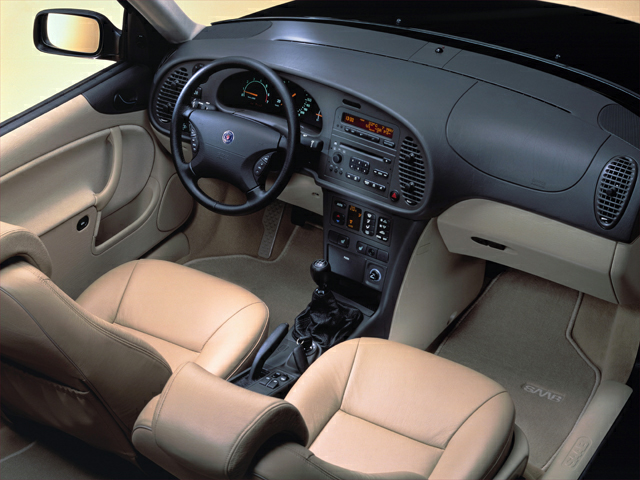 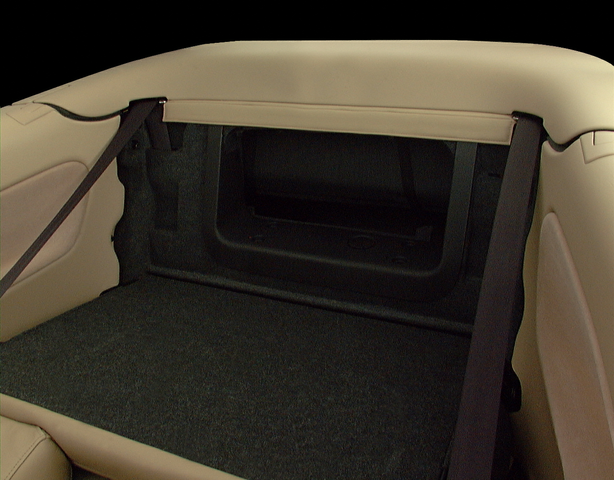 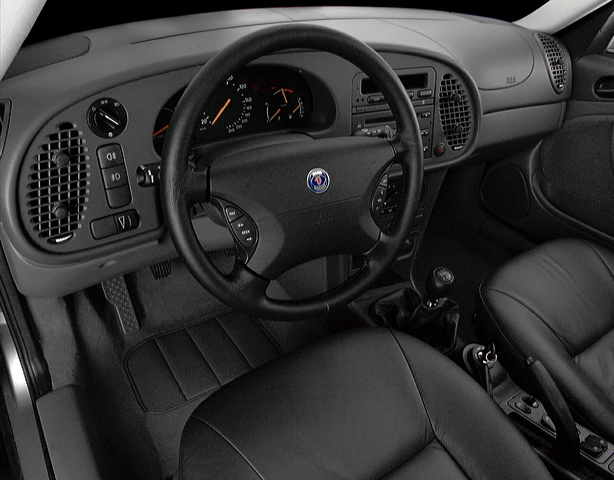 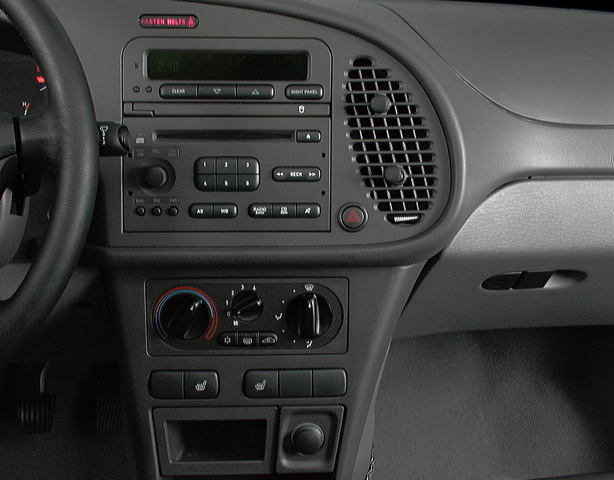 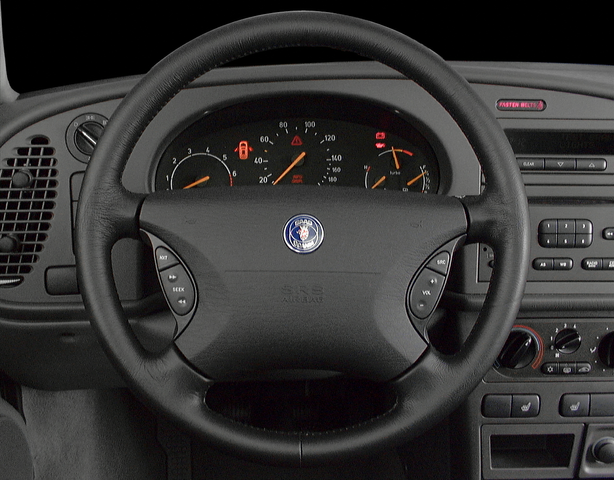 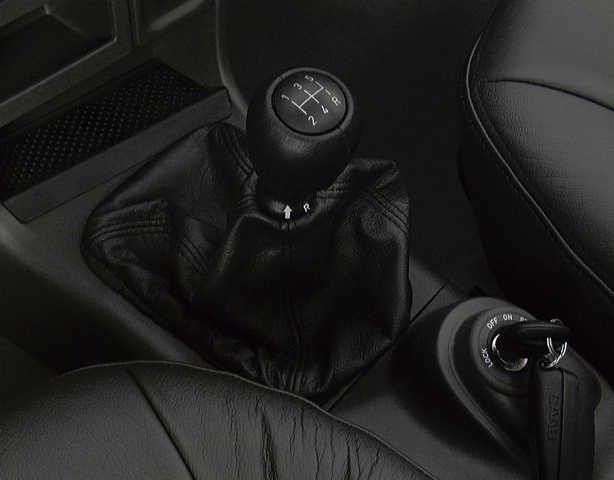 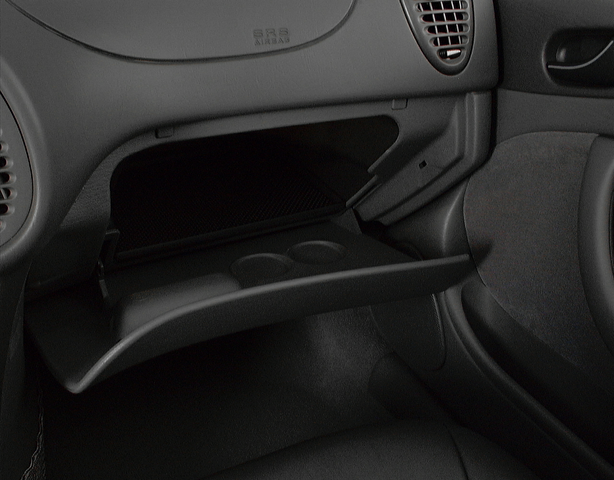 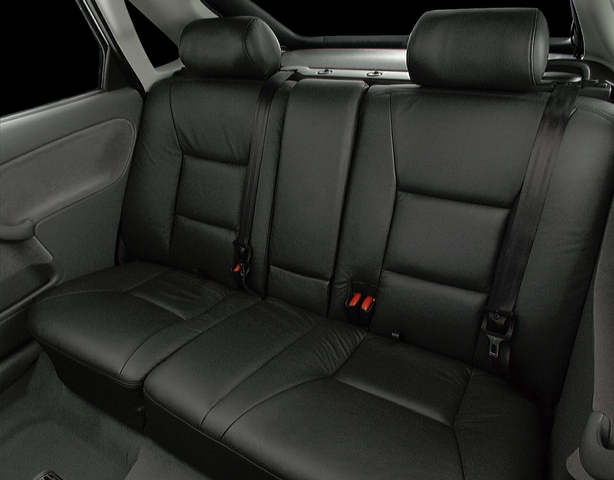