We love wagons that don’t look or feel like wagons. Even better, we love Saabs that look and feel like Saabs. The all-new 1999 Saab 9-5 wagon – the Swedish automaker’s first family hauler in 25 years – fills the bill admirably on both counts. From the cockpit, the wagon is pure Saab. From the outside looking in, you won’t mistake it for anything but a Saab. Is it worth the $35,000 sticker price? With a few reservations, we’d say yes.

He: How’s this for a Kodak moment? Four guys, all of us musicians, with all our gear, cruising in the Saab wagon from Detroit to Columbus, Ohio, to check out the big guitar show. Believe it or not, we thought about driving a minivan or a big sport-utility down there. But finally we decided the 9-5 wagon was roomy enough for the four-hour trip, and considerably more comfortable and convenient than either a sport-utility or van. The fuel economy was a bonus – nearly 30 mpg in mostly highway driving.

She: Which suggests that the 9-5 wagon isn’t just for families. Unless you guys consider yourselves some kind of warped extended family.

He: In fact my buddy, Linus, used to own one of the old two-stroke Saabs, a used ’93 hatchback, I think it was, back in the early ’70s. The 9-5 wagon is so far removed from that car, mechanically and stylistically, and yet it is clearly a Saab. Would I consider owning one for my own family? You bet, even though our youngest son is about ready to head off to college. Just think of all the stuff I could haul in it: guitars, amplifiers, dogs. …

She: Did you say dogs? Before my dogs go anywhere in the 9-5, I’d have to order some of the new pet safety accessories from the Saab catalogue. Stuff such as the VersaLeash and the Batzi Belt.

He: I think you’ve finally flipped your Batzi, dear.

She: Go ahead, make fun. But I’m impressed by any company that cares enough about my animals to offer safety gear for them. You know what I always say about schnauzers – they’re the highest form of love.

He: I don’t recall any reference to schnauzers in the Kama Sutra.

She: But I did buy a T-shirt at Kmart that says, “The more I know men, the better I like dogs.” So Saab is on the right track. But the 9-5 wagon also has plenty of other non-pet features to recommend it, not the least of which is it rides and handles like a European luxury-sport sedan. Some potential customers may not like the fact that Saab doesn’t offer a third-row seat or an optional all-wheel-drive system. But in most other respects, the 9-5 wagon stands up well against some pretty formidable competitors, including Audi, Volvo and BMW.

He: I still think it’s tough to beat an Audi A6 Avant Quattro for all-around comfort, performance and versatility. But the 9-5 comes close. Our test vehicle had the standard four-cylinder engine, a turbocharged 2.3-liter that makes 170 horsepower, mated to a five-speed manual gearbox. It’s a fun combination, but for everyday driving, I think I’ d prefer the optional 3.0-liter V-6, which comes with a small turbocharger and delivers 200 hp. You can only get a four-speed automatic with the V-6, but that’s all right with me.

She: I was more intrigued by the built-in safety features, things such as standard anti-lock brakes and seat-mounted side air bags that inflate in two stages to protect your upper torso and head. You can also order an integrated rear child safety seat for an extra $300. And front-seat occupants are protected by an active head restraint system that’s designed to prevent whiplash in rear-end crashes.

He: I think even people who are looking at the 9-5 sedan may want to consider the wagon. It has a clever, accordion-style cargo cover, with loads of room underneath for groceries, luggage, strollers or you name it. With the rear seats up or down, Saab has one of the roomiest cargo bays in the class.

She: There are still things about all Saabs that bug me, such as the key on the console. But th -5 also has some nice touches, such as the refrigerated glovebox, which I know you think is a gimmick. It’s a good place for you to stash your carrot sticks and celery.

He: You forgot to mention another neat dealer accessory – a rollout floor that extends 20 inches and can make loading and unloading heavy packages much easier. I suppose you could even picnic on it. Except guys like us don’t picnic, we buy fast food. Carrot sticks, yuck!

She: Meet my husband, the original Burger King.

12-month insurance cost, according to AAA Michigan*: $1,318 (Estimate. Rates may be higher or lower, depending on coverage and driving record.)

What we liked: One of the most distinctive wagons on the road; oodles of room for passengers and cargo; check out the pet safety accessories in the Saab catalogue; choice of turbocharged four- and six-cylinder engines

What we didn’t like: Optional V-6 is stronger, more flexible than turbo four-cylinder we tested; no all-wheel-drive option yet; too expensive for many families; can t get a third-row seat

Great car for the year and price

August 25, 2018
By Loulagak from Charleston, SC
Owns this car

This vehicle is a great purchase. It had just had some work done to the engine which will make it last even longer. Very happy with the experience.

December 10, 2017
By Saab Lover from Chicago IL
Owns this car

Bought the car used with 46K on it. Now have 242K on it and it purrs like a kitten! Every year I can count on an $800-$1500 repair bill to keep her going. Still loads cheaper than a new car payment, higher insurance rates and luxury/car tax in the state of Rhode Island. Still has original transmission and engine. Very happy with this purchase and plan on taking it to 400K.With proper maintenance and religiously scheduled oil changes who knows where how far she'll go! 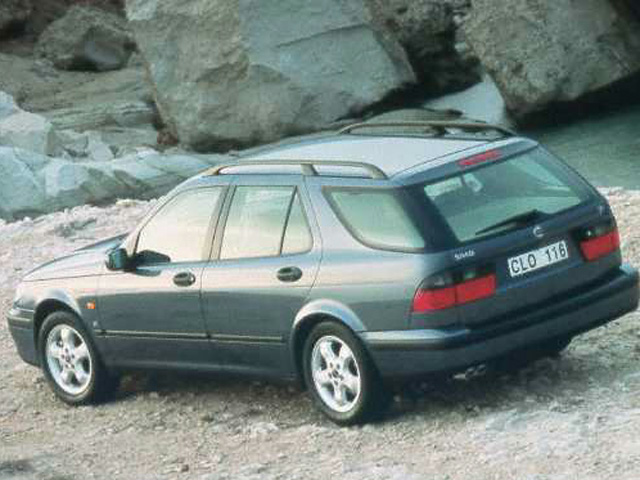