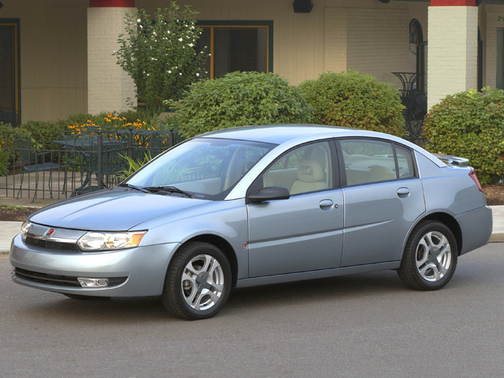 Our 2004 Saturn Ion trim comparison will help you decide.

MILFORD — Steve Varady always thought of Saturn as a “brand aimed at moms.”

But after spending an evening behind the wheel of the 2004 Ion Red Line, Saturn’s first supercharged performance vehicle, the Dearborn resident has new respect for the General Motors Corp. brand that’s long been a favorite of sensible people looking for affordable vehicles with no-dicker stickers.

“The seats are awesome, the supercharger is great, the tires are sticky and I love the sound of the engine,” said Varady, 17, a member of the Detroit News Consumer Youth Panel, who this fall will be a freshman at Chicago’s Loyola University. “I only now realize I just had that much fun in a Saturn!”

Varady was not alone in his assessment of Saturn’s little 205-horsepower hot rod. The majority of our panel gave the Ion Red Line, which is on sale now, a thumbs-up rating.

The Red Line brand name refers to a vehicle’s tachometer, which counts the number of engine revolutions per minute, and the line that marks the maximum speed at which the engine can safely be operated.

This performance edition of the four-door Ion Quad Coupe is dolled up with leather-accented Recaro seats, stainless-steel exhaust and 17-inch forged alloy wheels.

“Saturn has built a true performance vehicle,” said James Childs, 29, a Clawson funeral director. “The Ion Red Line is versatile — both a city cruiser and a race car.”

Only two dissenters on the panel said they would not recommend the car to their friends.

After his turn behind the wheel, Steve Jenkins, a 26-year-old industrial designer from Detroit, concluded that “Saturn may be trying too hard to be something it’s not.”

“It doesn’t fit Saturn’s image,” he said. “I would never in a million years think of Saturn as a muscle car. I would laugh if I saw an Ion peeling at the light.”

“I’d rather have a (Volkswagen) GTI,” Cadiz said. “I can’t see people taking the Ion Red Line seriously. Besides, it’s kind of expensive when a loaded one costs $23,000.”

The panelists were invited to test-drive the Ion Red Line last month on public roads near GM’s Proving Ground in Milford.

The course consisted primarily of driving on two-lane roads and on the highway. A short part of the route took some of the panelists along a stretch of gravel road, too.

Before the test-drive started, Lori Queen, who’s in charge of small cars for GM, explained that the purpose of the Ion Red Line was to “get some youth and excitement back into Saturn.”

The Ion Red Line faces tough competition in the market, from popular vehicles like the Ford Focus SVT, Dodge Neon SRT-4 and Nissan Sentra SE-R. Two of the panelists, Varady and Cadiz, had driven the SRT-4 and were able to work an informal comparison into their assessment of the Ion Red Line.

The Ion Red Line, which was developed by GM’s Performance Division, tops out at about $23,000 and can be ordered with several options, including a $360 rear spoiler, $325 XM satellite radio, and $395 side curtain air bags.

The souped-up Ion, which has a dent-resistant plastic body panels like all Saturns, is considerably more expensive than a conventional Ion. The base Quad Coupe, which is powered by a 140-horsepower 2.2-liter four-cylinder engine, starts at $15,300 including $565 destination.

All the cars in our test-drive had a subtle palette of blue, silver and black, the only available colors. That’s a surprise, given the screamin yellows and bright hues offered by the competition. But the Ion Red Line color choices seemed to please the panel overall.

“All cars aimed at kids come in yellow,” Varady said. “It’s a cliche.”

Panelist Jenkins said that he didn’t care for the Ion Red Line’s exterior styling, however, with its slightly exaggerated body panels and lowered suspension. He said he preferred a cleaner, more conservative look.

“Besides, it doesn’t leave much room for customizing,” Jenkins said.

Several panelists, like Varady, brought along friends and family members to get second opinions on one of the newest Saturn products. The panelists included enthusiasts like Varady, who attended with his friend Nick Leonard, 18, a freshman at Kalamazoo College.

Varady and Leonard say they like to attend street-racer events such as Hot Import Nights and devour publications aimed at kids who like to customize their vehicles.

“I did not think highly of Saturn before I drove this car,” Leonard said. “But my impression did change. The Ion Red Line has comfort as well as decent speed to match. It’s a good daily driver.”

Other panelists, such as Mya Dolan, 28, an accounting consultant who lives in Roseville, don’t count themselves in the enthusiast crowd, but liked the Ion Red Line anyway.

“It’s not too much car for me to handle,” Dolan said. “And the sound of the exhaust gave me chills. It sounds mean.”

Her husband Patrick Dolan, 30, also took a turn behind the wheel and liked what he found.

“When I think of Saturn, I think chick car,'” said Patrick Dolan, a sanitation engineer. “They aren’t manly. But I like the Ion Red Line a lot. It’s got a lot of guts.”

Perhaps the most controversial part of the Ion Red Line is the center-mounted instrument cluster, a feature that can be found on the conventional Ion, too. Childs and Dolan liked the location of the gauges. Varady, Jenkins and Cadiz hated it, saying it was too far away from the driver and too tiny.

“The tach is really bad,” Varady said. “I red-lined several times simply because I found myself searching for the tach.”

Several panelists, including Childs, griped that the visibility was poor due to the rear spoiler and thick rear pillars.

Several criticized the tight-fitting rear seats. The rear seat didn’t seem to be helped by the fact that the Ion Quad Coupe has two small rear-access doors intended to ease entry and exit.

They also liked the engine’s performance. The supercharged twin-cam 2.0-liter four-cylinder makes 205 horsepower, but is not as large or as powerful as the twin-cam engine in the SRT-4. Dodge uses a turbocharged 2.4-liter four-cyli nder that makes 230 horsepower.

“Wow,” wrote Childs on our checklist, which included a rating on engine acceleration and power. He also had kudos for the Ion Red Line’s five-speed manual transmission, despite some initial trepidation about the car’s lack of an optional automatic transmission.

“I’m not a manual driver and I had no problem,” Childs said.

As the evening came to an end, Steve Varady seemed reluctant to turn over the keys. As he sat behind the wheel, he compared it to a friend’s SRT-4, a vehicle he’s had a chance to drive.

“The Ion Red Line is a lot easier to drive,” Varady said. “The clutch in this car is easier to modulate. I have to tell you this is a completely different car than I expected. This car performs really well. I love the instant power. The shifter feels so good.

“Saturn used to mean dent-resistant side panels to me. But not anymore.”

Dislikes: Tachometer too tiny and hard to see. Interior has too much plastic. Rear seat is cramped. No overhead grab bars. Poor visibility over optional rear spoiler. Fully loaded model expensive at $23,000.

I recommend this car but you might want to have them checked because mine was in a wreck and my airbags and seatbelt did not even work they should put a recall on all these cars because the airbags and . when I got spun out.

November 12, 2020
By john s from Harrisburg
Owns this car

I did my homework before i bought this car,I had a honda it was not a saturn,enough said not sorry i bought this saturn also service was great .and still is GO SATURN!!!!!. it is to bad gm pulled this car from their stable.

It’s a good first car but I’ve had problems

October 1, 2019
By Betty from Louisville Kentucky
Owns this car

It meets my day to day needs but I have had issues with it, my battery dies if my car runs for too long, it’s not great on gas in the city and I feel like I’m constantly refilling my fluids but it is an older model car so that’s to be expected, it has lots of room and can fit up to 5 people 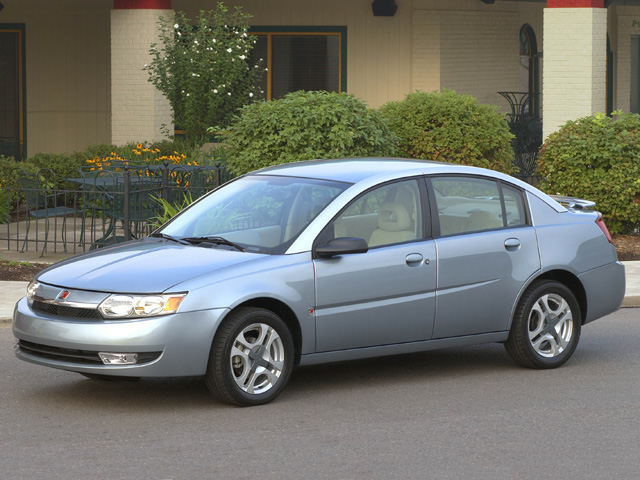 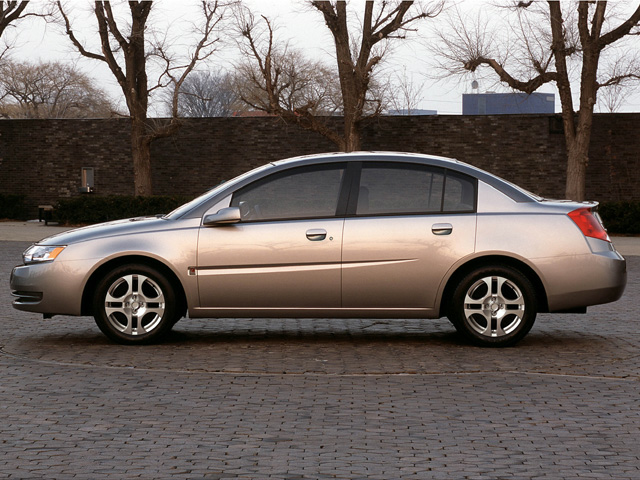 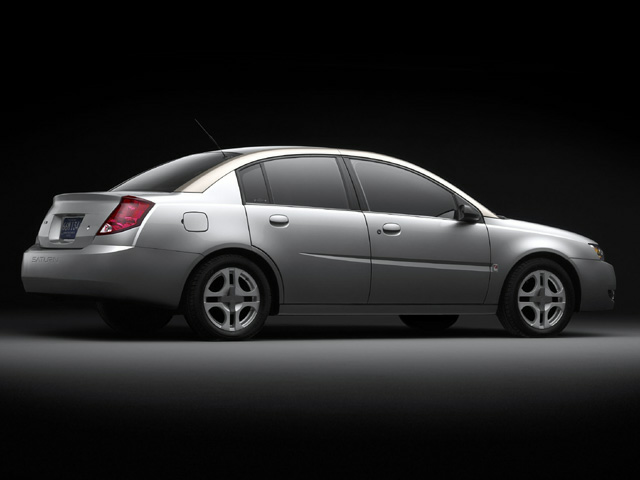 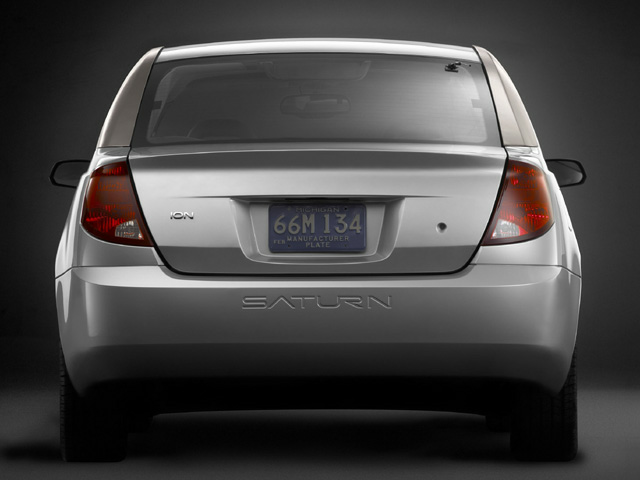 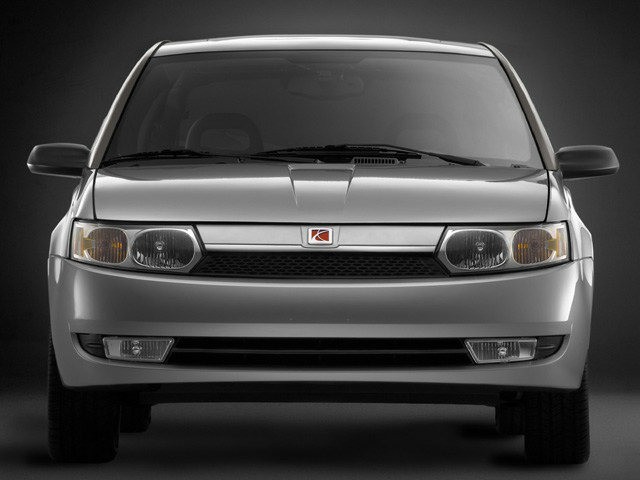 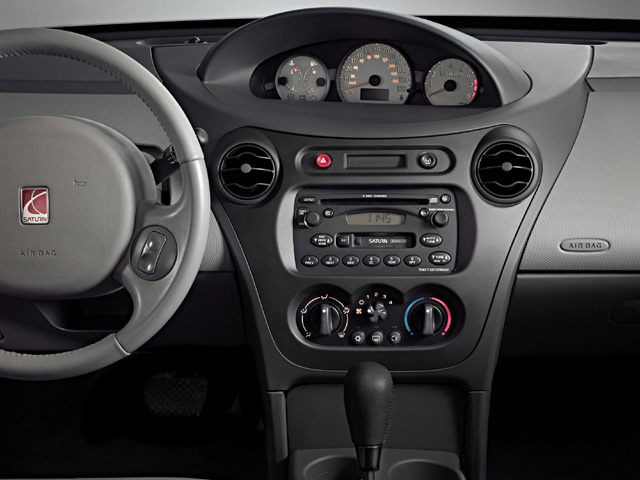 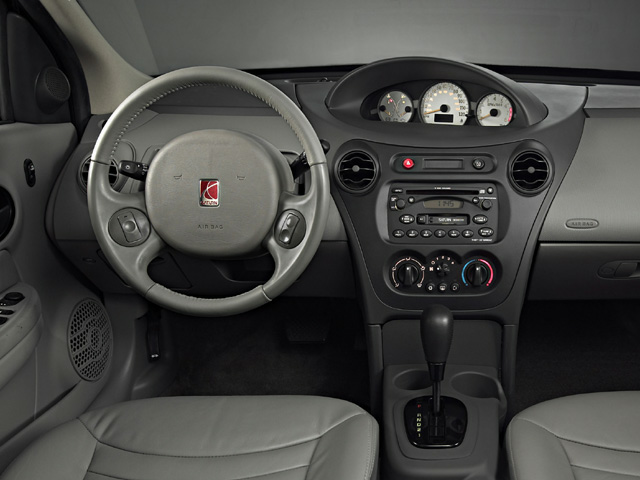