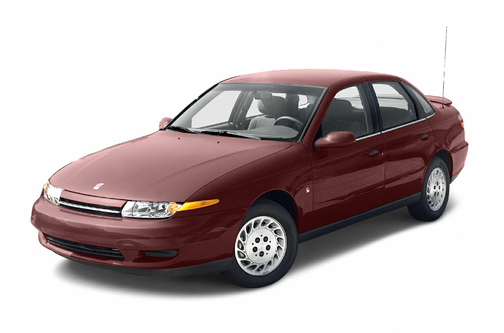 Our 2002 Saturn L trim comparison will help you decide.

Vehicle Overview
Several features that were formerly optional are now standard on all 2002 versions of Saturns larger front-drive sedan and wagon; these include head curtain-type airbags that stow in the ceiling, antilock brakes, traction control and automatic headlights. All-disc brakes are installed on all models except the entry-level L100 sedan, and LATCH child-seat tethers are new this season. A six-CD changer is part of an Audio II option package.

GMs satellite-based OnStar communication system and a console-mounted, DVD-based video entertainment system will be offered at midseason. Initially, the DVD setup will be available in a special, limited-edition series of the L300 sedan and LW300 wagon, but the automaker eventually will offer it as a regular option.

Based on the European Opel Vectra, the midsize L-Series was introduced for the 2000 model year and modified considerably for the U.S. market. Both a four-cylinder and V-6 engine are available, but only the four-cylinder is offered with a five-speed-manual shift. The sedan and wagon are built at a GM plant in Delaware. The Delaware facility operates under a conventional United Auto Workers contract rather than under the more flexible agreement used at Saturns factory in Tennessee, where the smaller SC and SL models are produced. Competitors include the Honda Accord and Toyota Camry.

Exterior
Despite its European origins, the L-Series styling reveals a strong family resemblance to the smaller SL sedans; one distinction includes a prominent crease along the length of the bodyside. Dent- and rust-resistant polymer side body panels are attached to a skeletonlike steel space frame, which is similar to the construction method that Saturn has used since the companys beginning in 1990.

Measuring 190.4 inches long overall, L-Series sedans ride a 106-inch wheelbase  these dimensions are close to those of the top-selling Accord and Camry. These Saturn models are 68.5 inches wide and 56.4 inches tall. A sport suspension, alloy wheels and fog lamps are included on the L300 model.

Interior
Five-passenger seating includes front buckets that provide ample space for 6-footers. Taller people wont be able to stretch out in the backseat, but space is more than sufficient for two passengers  even three can manage. The split, rear seatback folds down to add to the trunks 17.5-cubic-foot cargo volume.

Round analog instruments face the driver in a dashboard layout similar to those used by Honda and Toyota. Column-mounted stalks operate the lights and wipers, while audio and climate controls are stacked in the center.

Air conditioning and a tilt steering wheel are standard in the entry-level L100 sedan, which comes with a four-cylinder engine and an automatic transmission. The L200 adds such conveniences as cruise control, remote keyless entry, and power windows, locks and mirrors. The top-of-the-line L300 model features a cassette/CD stereo system along with its V-6 engine.

Under the Hood
The L100 and L200 models use a 135-horsepower, 2.2-liter four-cylinder engine developed by Saturn. The L300 gets a 182-hp, 3.0-liter V-6 that is produced by GM of Europe. Either a five-speed-manual or four-speed-automatic transmission works with the four-cylinder engine, but the V-6 comes only with the automatic.

Safety
Curtain-type airbags that store above the side windows and inflate along the length of the passenger compartment protect the heads of front and rear occupants. Antilock brakes and traction control are also standard.

Driving Impressions
Midsize models were a logical but overdue addition to the Saturn lineup, just like Saturns VUE sport utility vehicle that will arrive during the 2002 model year. Even though the L-Series stacks up against such rivals as the Accord and Camry, sales have fallen short of early expectations.

On the whole, the L-Series offers nothing out of the ordinary, apart from dent-resistant body panels. The L-Series is larger on the outside and roomier inside than the S-Series, and its also smoother and quieter.

The L-Series sedans are easy to drive, with handling that is pleasant but not exceptional. Four-cylinder performance is sufficiently satisfying for most drivers. But sedans with the refined V-6 can take off more quickly, with a confident, snappy response for passing and merging. Even though these sedans behave well on the highway, ride comfort can decline in urban driving, where hard bumps may produce some unpleasant reactions from the suspension.

October 2, 2019
By MatteoLC from Detroit, MI
Used to own this car

This car was purchased used with 100k miles as a winter vehicle. I ended up falling in love with it and kept it for about 3 years until a friend needed a car. Great performance with the v6, great handling - very European-feeling in handling and ergonomics especially. The letdown was the styling, and the lack of an obvious performance version. I put a set of Cobalt 17" wheels on mine - and had more people asking me "what is that?" than I could believe. Such a cool car - and a great value used these days - even if miles are higher...

June 1, 2018
By greenspiderkc from tampa
Owns this car

I love it so far. rides nice may need new tires and brakes but other than that, very comfy. engine and interior were clean. no rust under the carr

it leaves my family along the road it dies while d

All model years for the Saturn L 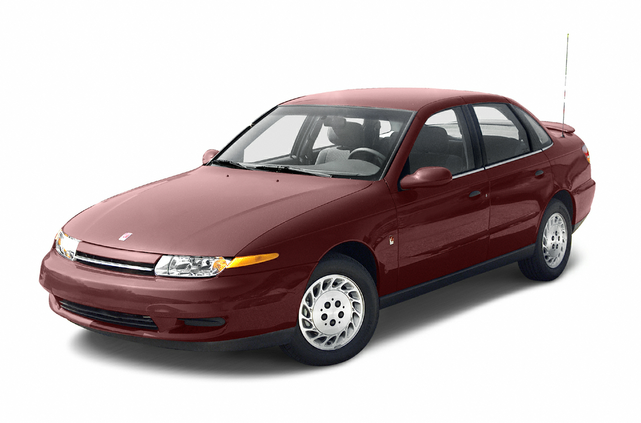 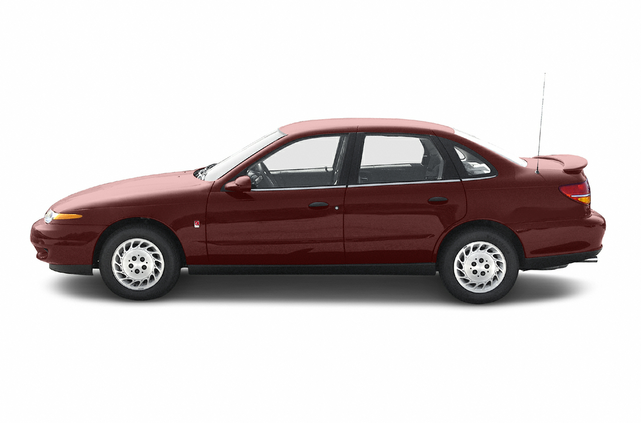 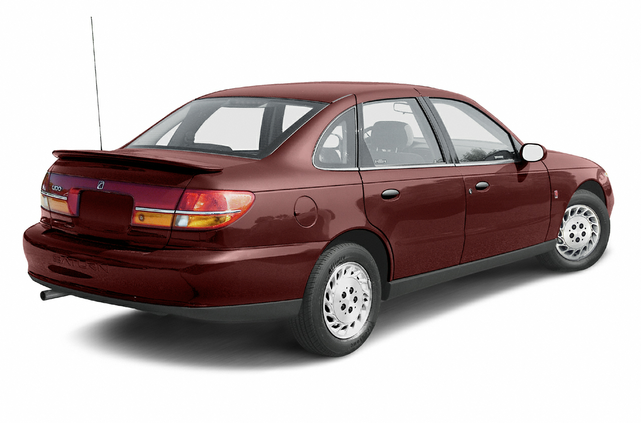 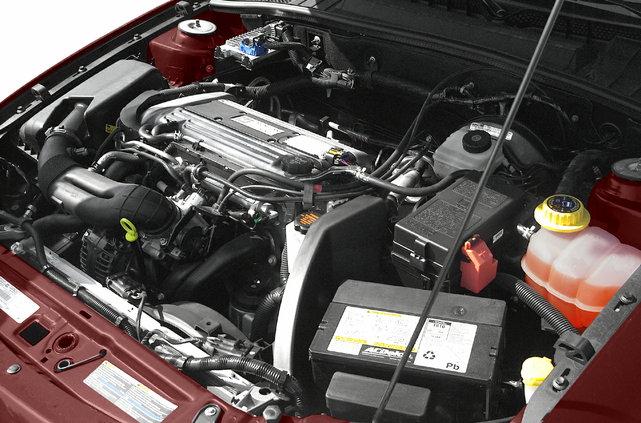 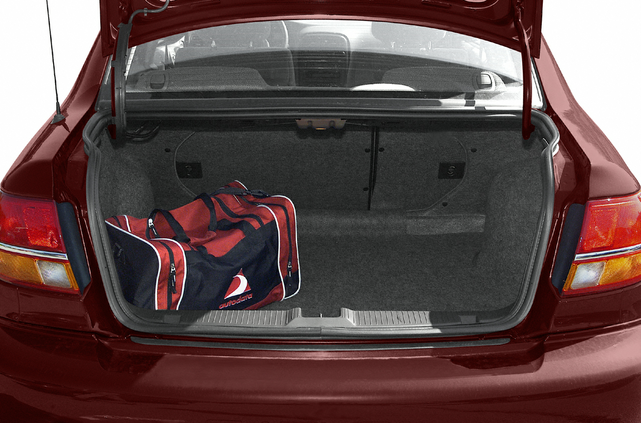 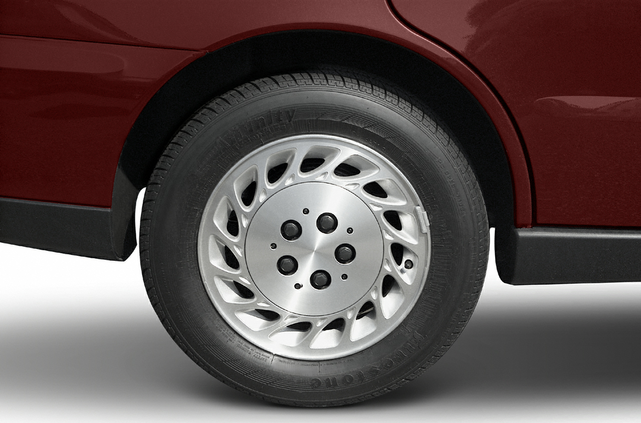 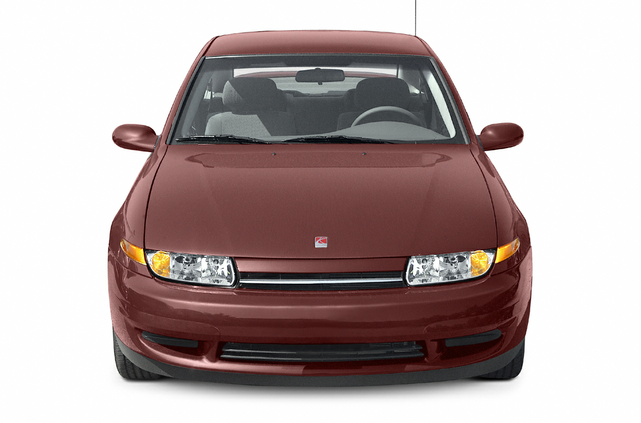 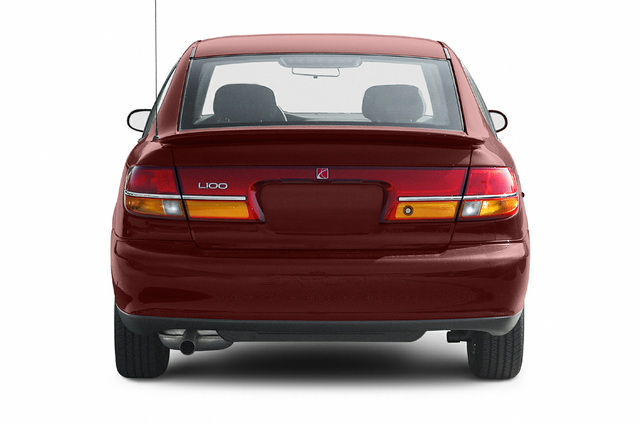 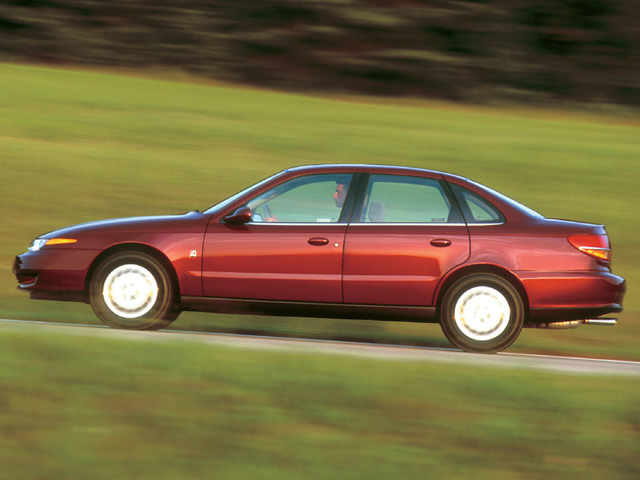 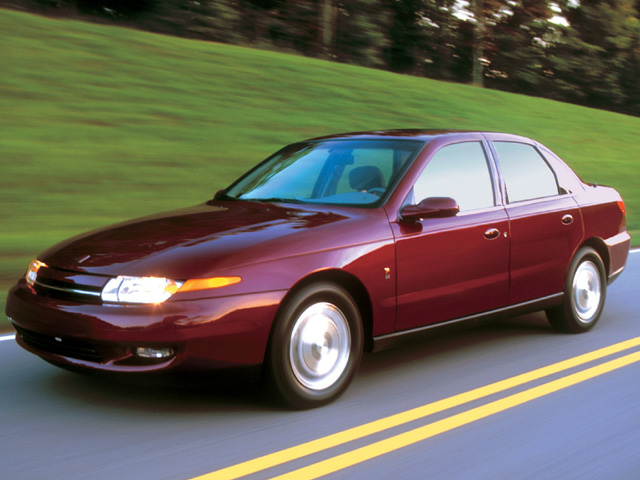 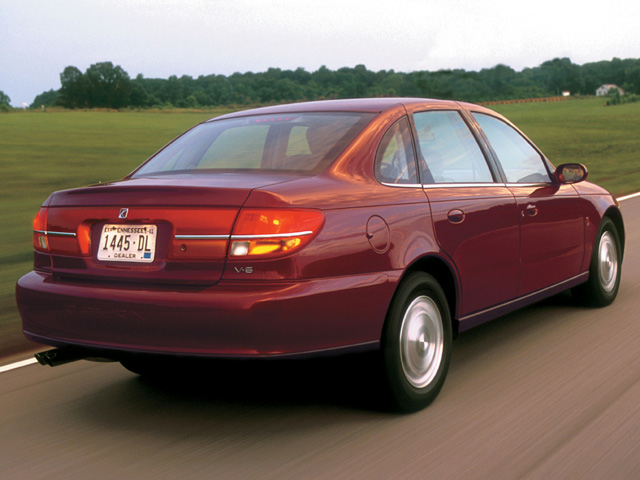 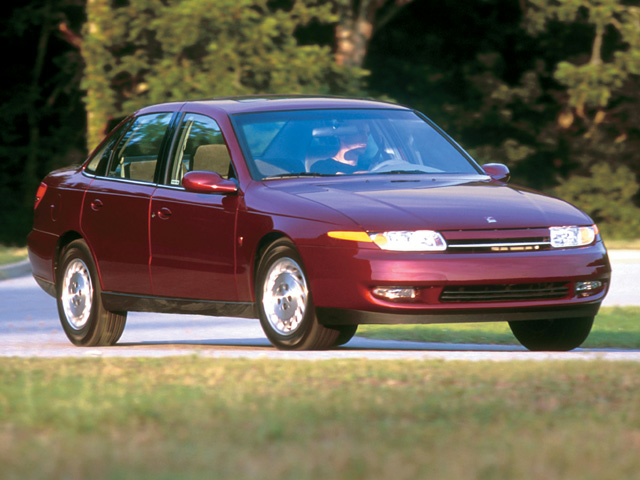 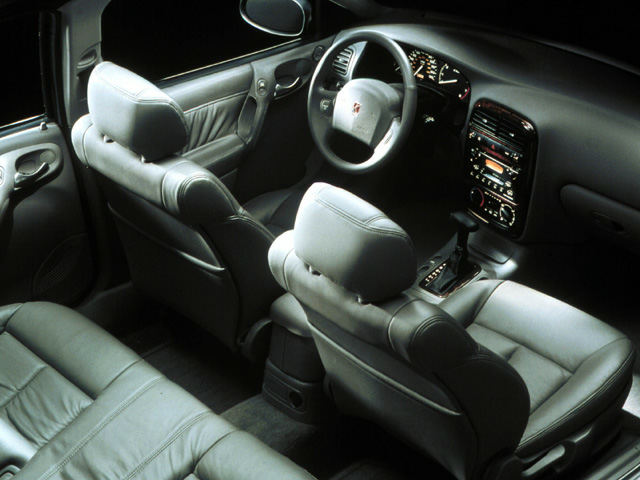 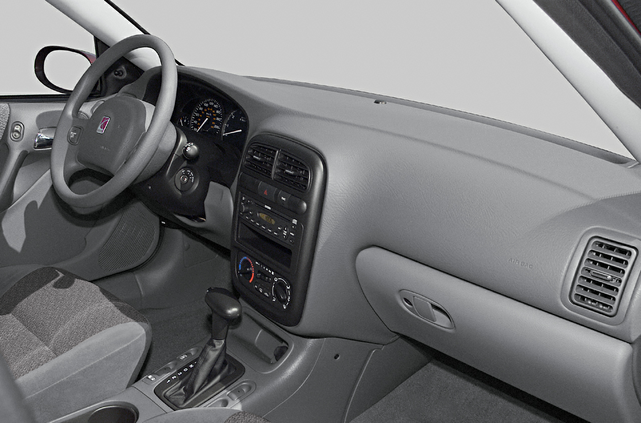 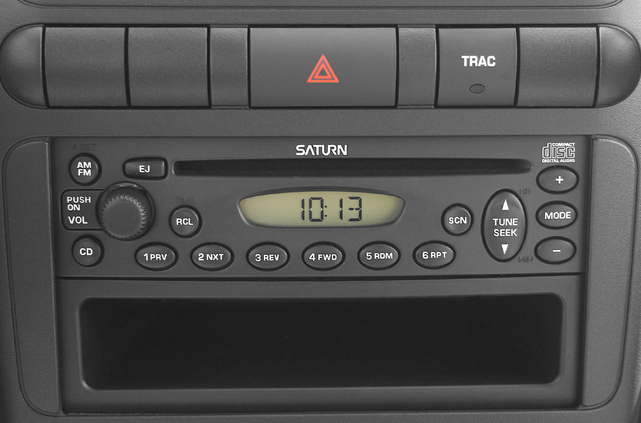 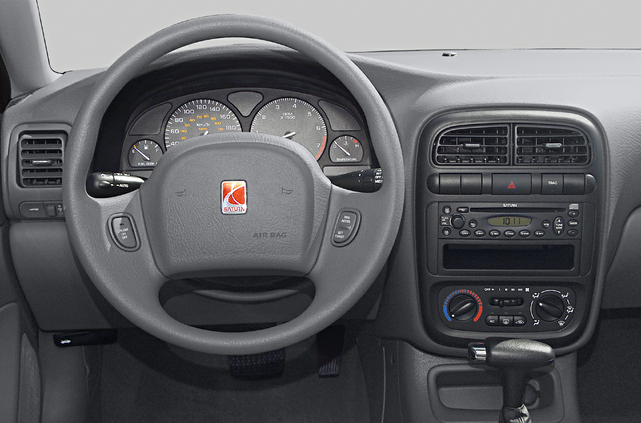 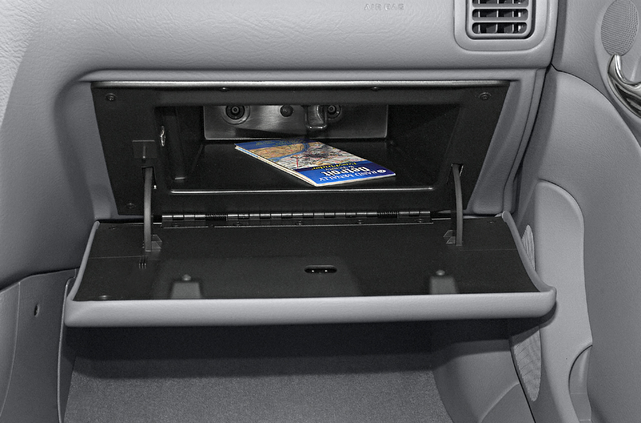 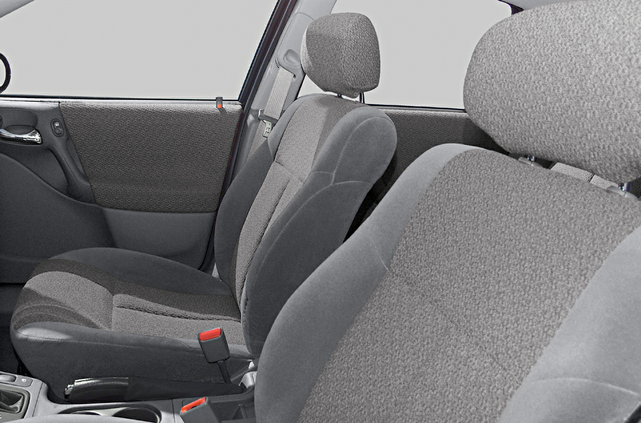 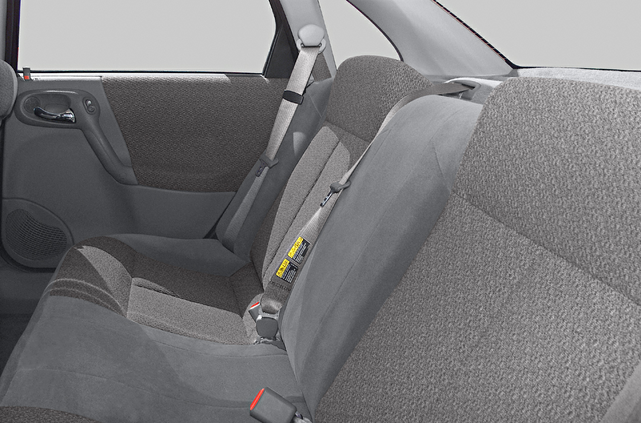 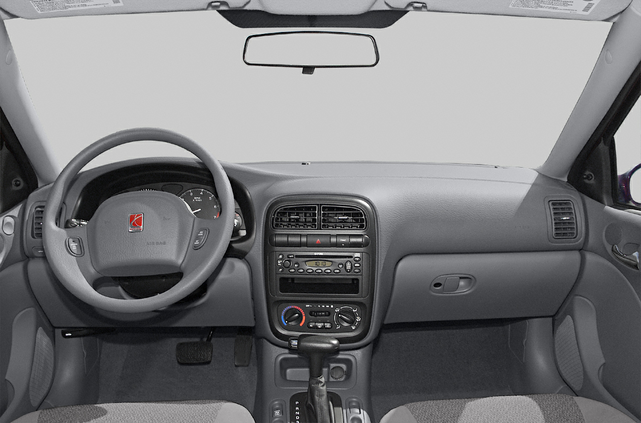