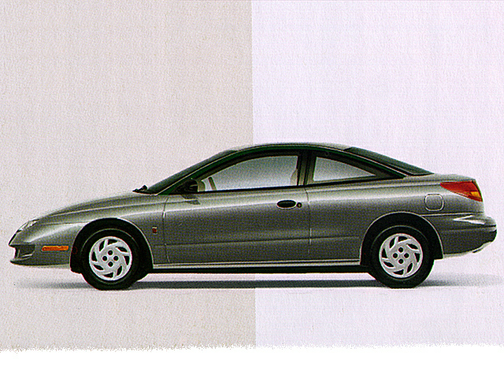 Our 1998 Saturn SC trim comparison will help you decide.

While Saturn waits for the development of next year’s mid-size sedan, it continues to refine the current product. Changes to its coupe, sedan and station wagon for 1998 range from reduced-force airbags to quieter engines, new colors and redesigned optional alloy wheels.

Saturn engineers made several structural improvements to the engine block and transmission case to reduce noise and vibration as well as to enhance durability. These changes are impressive. I noticed them after only a few miles behind the wheel of a light gold SC1 coupe from the company’s press fleet. Extraneous mechanical noise has been muted and now the pleasant exhaust note is the main thing you hear.

The 1.9-liter, single-overhead-cam (SOHC), four-cylinder engine has always felt robust, even though output is listed as 100 horsepower. Key to its responsiveness is the fact that it produces maximum torque at 2,400 rpm. Torque is the force that turns the wheels, and when the maximum is produced at low engine speeds, it makes the engine feel bigger than it actually is.

An engine tuned this way is the perfect mate to an automatic transmission, and the one in the Saturn is good. Not only are its shifts imperceptible, but it uses “fuzzy logic” to calculate when to refrain from shifting, such as when you are coasting down a hill or slowing for a turn. Relative to the five-speed manual, the automatic takes one second longer to get to 60 mpg and uses fractionally more gasoline, but it is so much better in city driving that it will be the choice of most buyers.

If you want livelier performance, the up level SC2 coupe has a twin-cam version of the same engine. It produces 124 horsepower, although its maximum torque comes at 4,800 rpm, which means it has to be revved harder.

While the suspension has been tweaked this year for a softer ride, the SC1 still has a sporty character. It sits solidly on the road and doesn’t lean excessively in turns. Anti-lock brakes and traction control are worth the extra $895 to keep the wheels in solid contact with the pavement during all kinds of weather.

The coupe was completely restyled last year, and it still looks fresh. Built on the same 102.4-inch wheelbase as the other two models, its low nose and high tail give it a pronounced wedge shape that makes it look longer than it really is.

As with the other Saturns, all of the coupe’s body panels except the hood, roof and trunk lid are plastic, and they are bolted to a steel skeleton. The recyclable plastic body panels are rustproof, do not dent in minor impacts and can be removed for service.

The major change inside is the installation of reduced-force airbags. Everything else remains the same, including large, round gauges housed in a hood behind the steering wheel. These instruments are excellent because they look expensive and are easy to read at a glance.

Saturn’s instrument panel is a mixture of soft and hard surfaces. The top surface has a soft, inviting texture that looks like leather, but the pod that holds the radio and heater controls has a hard, plastic finish that doesn’t measure up to the rest of the dash. The radio and heater are crowded into a fairly small space, and that dictates smaller knobs and sliding levers which are not as easy to use as large, round knobs that are more intuitive.

The console has a removable ash tray and multiple cupholders, as well as switches for the power windows and the right-hand outside mirror. I would prefer the power window switches be mounted on the doors instead of on the console.

The front seats are generally comfortable but have fairly short bottom cushions. Although the coupe is considered a four seater, the back seat, divided by a small console with dual cupholders, is pretty small. It folds down to expand the trunk’s space, and I was able to carry a six-foot stepladder by moving the passenger seat forward.

Saturn, which established a benchmark for mar ting and customer service, has seen its sales soften lately because it does not have a larger car. Future plans should help fix that problem.

Counterpoint: Power window controls should be on the door panels instead of the console, and the center pod housing the radio has a hard plastic finish.

Pros: Low Maintenance, Reliable, Good Gas Mileage CONS: Low to ground, Hard to get in and out of Owned this vehicle for over a year, Bought it for KBB.com Value. Happy with purchase.

This is my first car and it gets me where I need to go. Perfect amount of room and nice interior. Its had a few fixes but still runs great.

December 1, 2014
By Brenda from Wisconsin
Owns this car

16 1/2 years.Only true cost is oil change. On average less than $200 a year to maintain. No rust because exterior is plastic. 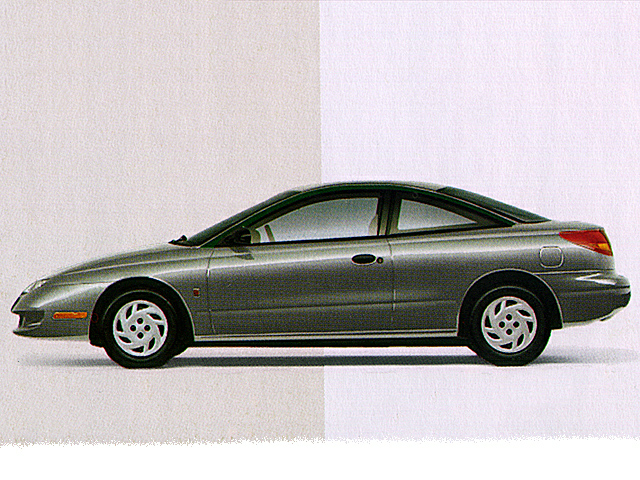