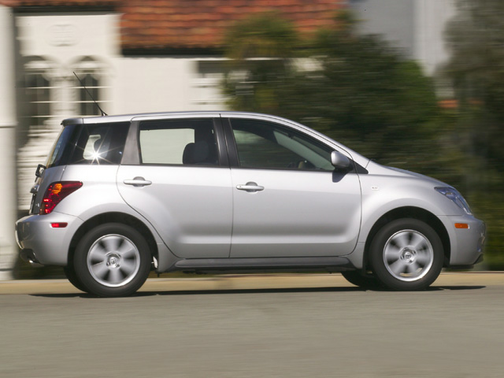 Our 2004 Scion xA trim comparison will help you decide.

This car is a wake-up call to all baby boomers.

You know who you are. You were born sometime between 1946 and 1964; you’ve been buying SUVs like they are going out of style. And you probably wonder why they don’t play your kind of music on top 40 radio stations anymore.

Just ask Toyota. The average buyer age of this once youthful brand is a demographically unfriendly 48 years old. (Yikes again!) The new power generation is Generation Y, or those born after 1980. They are some 63 million strong and by 2010 will account for 25 percent of the new car market.

Of course, it’s not as if Toyota hasn’t tried to woo young buyers. But the plain Corolla, sleek Matrix and frumpy Echo all hold more appeal for their parents. The result is a generation that dreams of owning a Volkswagen’s Golf or Jetta.

Toyota, not wanting to go the way of Oldsmobile, has set about trying to cultivate younger buyers by creating a brand just for them, Scion.

Scion is marketed through an Internet site where customers can build their car and print out the results which can be taken to a dealer. The dealer can then match the printout to his inventory and deliver the car within one week, instead of the industry standard six or eight weeks. (Did I also mention that Gen Y is even more impatient than baby boomers?)

Scion also will be separate from the rest of the Toyota showroom, with its own sales staff. This is so Scion customers can complete their transaction quickly. (Impatience, remember?)

If this all seems like smoke and mirrors, be aware that it has been successful in California, where the cars have been on sale since last year. Average Scion buyers are 35 years old, 60 percent male and 40 percent Asian or Hispanic – young and multi-cultural, a demographer’s dream.

Scion models are finally for sale on the East Coast. There are two front-wheel-drive models, the xA five-door hatchback or the xB, a unique van-like vehicle.

The xA, the test model for this review, is the less popular of the Scion duo, accounting for only 30 percent of sales.

Of course, if you know anything about the Toyota Echo, you’ll know much about the xA. The five-door hatchback uses the Toyota Echo platform, a 108-horsepower 1.5-liter four-cylinder engine five-speed manual or four-speed automatic.

The xA weighs under 2,400 pounds. That’s less than BMW’s Mini (at 2,678 pounds) or VW’s New Beetle (at 2,765 pounds). Despite the low weight, you won’t win many drag races. The xA’s motor produces most of its power higher in the rev range. Mid-range power is weak. The “buzzy” sounding motor gets particularly vocal as you extract more juice.

The flip side is terrific fuel economy, with the test vehicle returning 32 mpg in mixed driving. The EPA rates the Scion xA at 32 mpg city, 38 mpg highway. The xA uses regular fuel, so cash-strapped young buyers can put their money toward other things.

Handling, like the drive-train, is nothing special. The xA, along with the Toyota Echo, has the shortest wheelbase of any production car sold in the United States. It’s also among the shortest vehicles sold here as well.

Every road imperfection is felt, as the short wheelbase results in a choppy ride. Of course, if you’re young, your vertebrae are still in alignment. No guarantees after 60-months of payments in this vehicle.

Body lean is about average for the class. The tires lose grip quickly in sharp maneuvers. The front disc, rear-drum brakes are adequate. Four-wheel anti-lock brakes with electronic brakeforce distribution are standard. Tire and road noise are fairly well suppressed, but there’s more wind noise than you might expect.

Inside, Toyota has done a fairly good job at masking the inexpensive nature of the car. Metallic-like accents decorate the interior. Textured plastics accent the door panels and dashboard. Unfortunately, they became too easily watermarked after a heavy rain. The instrument cluster, like that in the Toyota Echo, is center-mounted. Gauges include a speedometer, tachometer and gas gauge. Everything else is covered by idiot lights.

The center stack houses clear, simple knobs for the climate control. This contrasts to the standard Pioneer AM/FM/CD audio system, which is a sea of tiny buttons. The audio system is compatible with MP3 and satellite radio. The test vehicle supplied by Toyota had an optional stereo system with a Bazooka Mobile Audio subwoofer, which ensured bone-rattling sound to go along with the kidney-rattling ride. (No joke here: The sub-woofer made the rear-view mirror and front seats vibrate.)

The front bucket seats are very comfortable and supportive. The rear seats are best meant for short hops, as legroom is in short supply. Cargo space is minimal, at 11.7 cubic feet. The subwoofer took up almost half the cargo space. The rear seats fold to enhance cargo room.

Styling is in the European/Japanese vein, and not only looks modern, it’s almost cute. You might even name your vehicle something cute, like “Topo Gigio” (kids: ask your parents about that one.)

But the Scion xA, with its harsh ride and diminutive dimensions, is hardly a unique vehicle. After all, there are bigger, more refined competitors both inside the company (such as the Toyota Matrix) and outside of it (the Ford Focus ZX5 and Pontiac Vibe.)

Prices start at a wallet-friendly $12,965 for a five-speed manual model, $13,765 for the automatic model. Both prices include dealer prep. But the modestly equipped test vehicle costs almost $16,000. That’s enough to get a bigger Focus or Matrix with more power, size and comfort, in addition to the passive safety that a bigger vehicle brings with it.

I'm 6'3 and thos car surprisingly fits me. I've drove this car as a daily commuter and took it places it should never ever of went. In total I'm 347000 miles into this car and still runs. I'm currently driving the manual model and the transmission did go out around 200000 but it was fixed really cheaply plus whoever had it before clearly was not found of the gears due to massive grinds and cracks to the gears. Recommend for a person looking for great gas mileage and some sporty fun on the roads.

This car is great for city driving and parking. It's great on MPG, which saves money on gas. Ride is comfortable, inside is spacious for people and storage.

Even though the car is almost 13 years old it still runs reliably and the interior and exterior have held up well. It's small but that is certainly a pro to be as I have driven it in and around the city for years and have appreciated the size and fuel economy. I would absolutely recommend Scion to other people looking to buy a car. You get the quality of a Toyota for a lower price and a more modern style.

All model years for the Scion xA 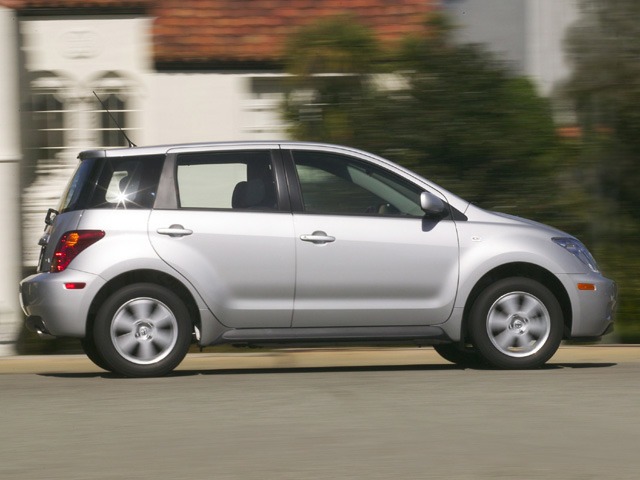 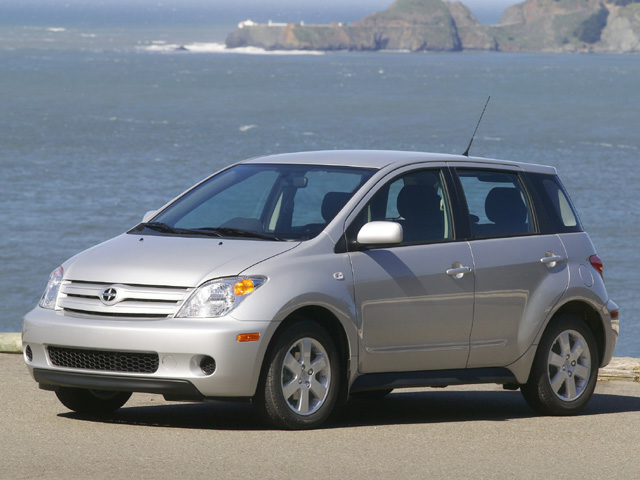 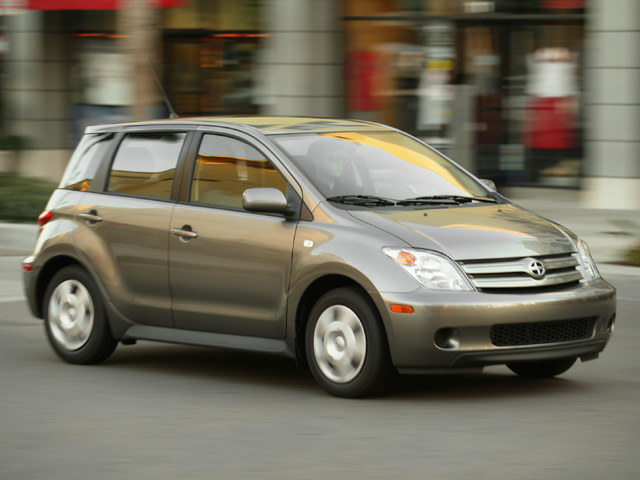 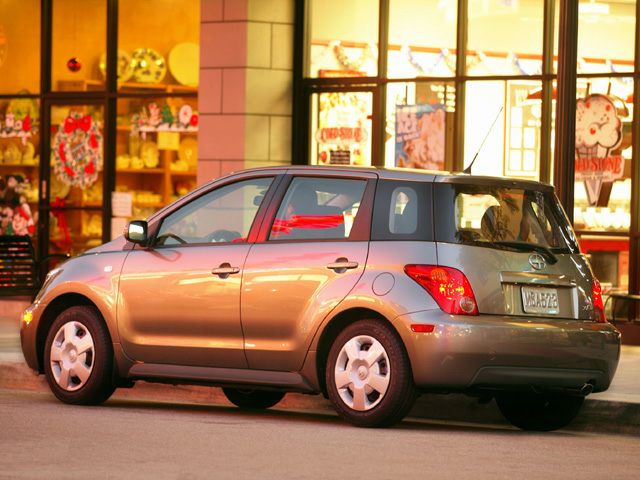 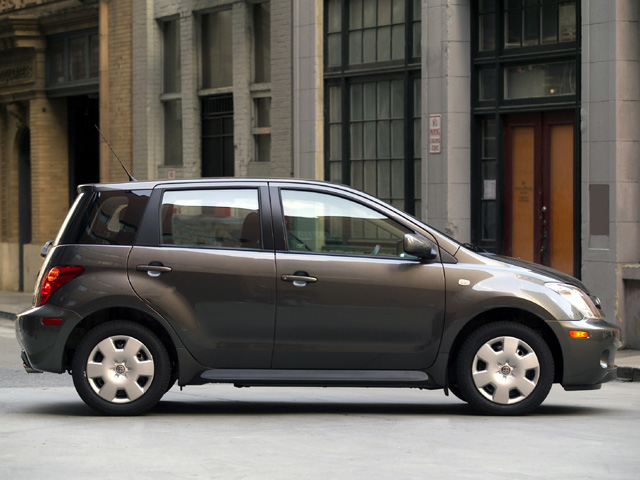 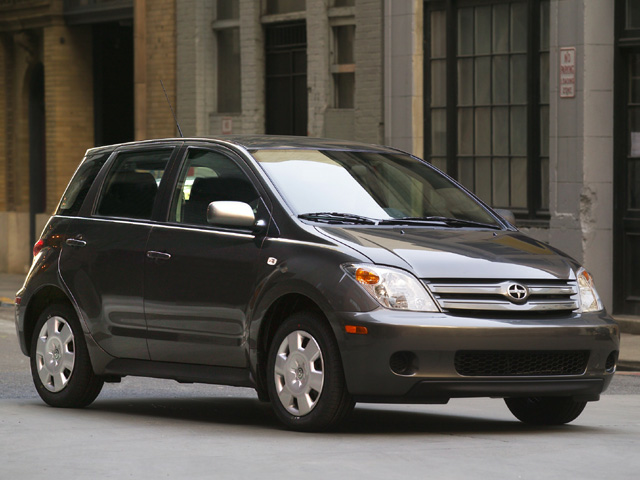 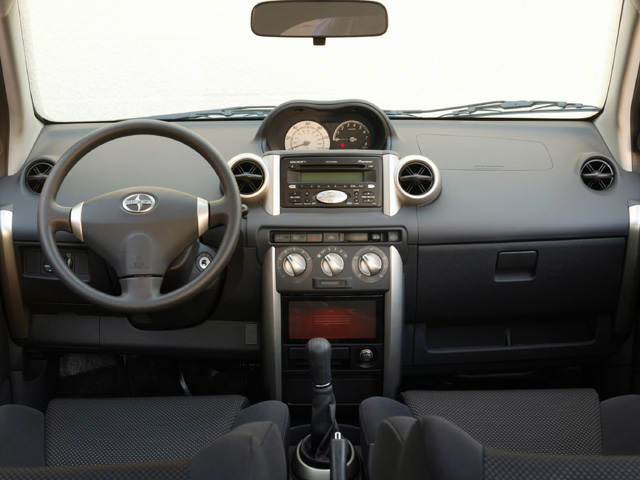 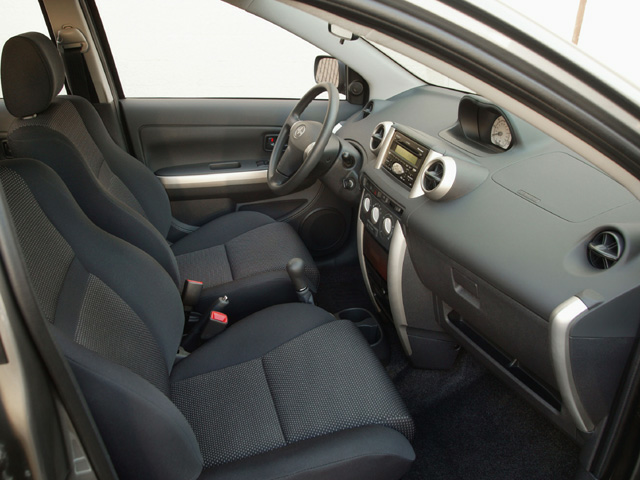