Our 2002 Suzuki Aerio trim comparison will help you decide.

Suzuki just keeps plugging away, a tiny bit player in the automotive world, a Japanese upstart in a nation that produced international giants Honda and Toyota.

There are certain arenas where Suzuki is huge. A masterful builder of high-performance sport motorcycles, along with outboard motors and heavy equipment, Suzuki can’t seem to hit its stride in the U.S. market. Here, its diminutive vehicles seem better suited to congested streets in Tokyo than to freeway travel.

But just as it did with motorcycles, Suzuki keeps producing automobiles that are getting better with each new model and gradually becoming more appropriate for American drivers.

The Aerio SX, new for 2002, is a stylish, inexpensive four-door hatchback that may not cut it as a family car but could be a competent campus cruiser or reliable second car. Suzuki’s hatch Aerio, a sedan is also available, gets the now-familiar label of “crossover,” combining the attributes of car, sport utility vehicle and minivan in a practical, compact package.

As many manufacturers have found, such as Ford with Focus or Toyota with Matrix, a tall wagon is the best way to maximize space on a small wheelbase. Aerio has reasonable accommodations for five people and a bit of cargo on just 97.5 inches of wheelbase.

The little hatch is also fun and appealing, especially to young drivers who appreciate the quirky Italian styling and playful image. For those of us who are more jaded, the Aerio seems teeny and tinny, a fair compromise for the price.

The best news is under the hood, where a 2-liter engine puts out a decent 141 horsepower that keeps Aerio up with the pack. Freeway merging and hill climbing are without undue effort, although the engine puts up a howl under hard acceleration.

Once on the freeway, cruising is fairly quiet and relaxed, the soft suspension cushioning the rough spots while still firm enough to keep the craft from listing too much in turns. In town, the Aerio can be fun to zip through tight spaces, and the somewhat high seating helps the driver to see ahead.

A five-speed manual transmission is standard, but the test car was saddled with a four-speed automatic that, try as it might, couldn’t help but rob power from the Suzuki. The car never seemed underpowered, just over-stressed.

The dashboard was a bit of a surprise, the first sighting of digital gauges this side of a gas-electric hybrid car. The slim, low-angle gauge cluster is oddly unique, not ugly but not very attractive, either. It looks all the world like a throwback to the 1980s, possibly inspired by Star Wars.

Other than the dash array, the interior is fairly unremarkable. Plain and simple, though well-equipped in this price range with electric windows, door locks and other features, air-conditioning, cruise control, remote keyless entry, and a good six-speaker stereo system with CD, all included in the base price of $14,499, or $15,499 for the automatic versio n. Outside, the base price includes fog lamps, 15-inch alloy wheels with low-profile tires and a funky little spoiler above the rear hatch.

The only option on the test Aerio was floor mats, $75, plus destination and handling, $500. Antilock brakes are optional, and side airbags are not available.

As well as a moderate price, Suzuki has sweetened the pot with an aggressive no down payment, interest-free financing and a seven-year/100,000-mile warranty.

There are some thoughtful features that make the Aerio a bit more than basic, such as hidden storage trays under the passenger seat and rear cargo deck, and a height adjuster for the driver’s seat. The interior finish and materials seem well made and sturdy.

Aerio’s quirkiness and low price should spell some measure of success, but Suzuki should be setting its sights higher and building an automobile with a little more substance. The new Grand Vitara sport utility vehicle is much improved, and Suzuki has shown it n be a world-class player in other markets, notably motorcycles.

Which is the same place Honda got its start.

This car met all my needs. It has plenty of leg room in the front and back, the ride is great compared to other cars I tested. It has 3 USB ports

This car is comfortable and smooth. It?s nice & easy to fix and mechanically easy to work with. It also has a good look to it.

My mom bought this car in 2003 so we've had the car for 14 years now, she gave it to me my junior year of high school and I'm a senior in college now and my car has 150,500 miles on her. I LOVE this car; it's mainly just a sentimental thing because its not advanced or sexy by any means but it is a cute little car that performs really well. I have gotten into three accidents(don't judge me) and she's still holding up. Maintenance and repair is really cheap so if you're a parent trying to get your daughter a car she can practice driving in and go to work and school then I highly suggest this one but don't get the hatchback version, don't get a hatchback in general unless you're trying to make someone throw up. 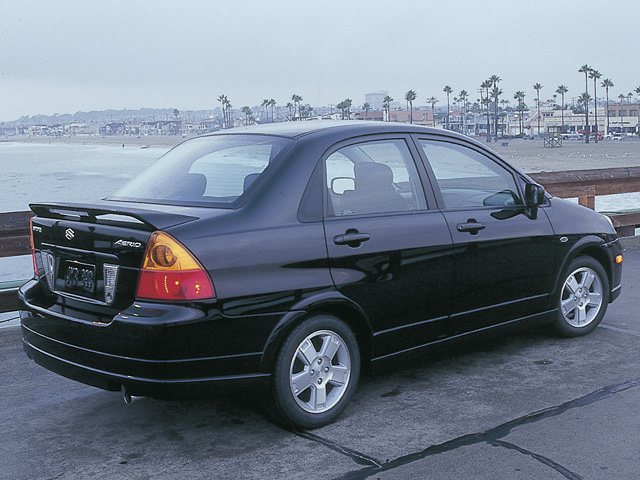 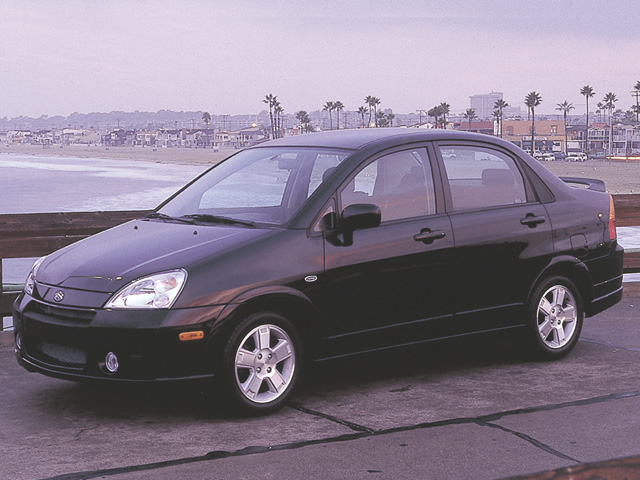 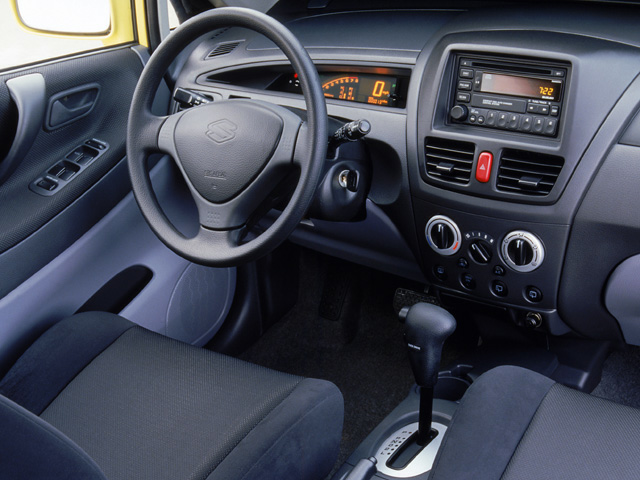