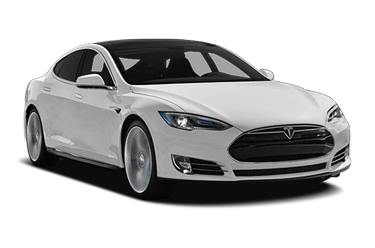 this is the most fun and reliable car i've owned

September 16, 2020
By Tchad from West Babylon
Owns this car

this car is very reliable i really love tesla they know how to satisfied their costumers.if you guys purchase this car you will not regret it

March 12, 2020
By spacemanspiff from Frisco, Colorado
Owns this car

Driving this car is like moving from a rotary dial phone to a smartphone. Best car I have owned, a pleasure to drive. Fast and safe.

September 8, 2019
By Happy Driver from Chicago
Owns this car

My Model S 85 is 7 years old with 51,000 miles. It’s amazing. The one I have isn’t the quickest. The quickest is the P85. My car is plenty quick though. The instant response to the go pedal spoils you. Not waiting for shifts spoils you. The quietness of the electric motor compared to combustion engines spoils you. The lack of engine vibrations is really nice. If you’re buying used, it’s likely that you’re only getting one key. And the key you’re getting may very well have cracks, because many of the early keys developed them. Getting a new key with programming costs $175, which is cheaper than many other cars’ fancy keys. The key making can happen with a mobile appointment where the technician comes to you. However, before you can book that appointment you must create a Tesla account and get it linked to your car. It takes Tesla a week to link your Tesla account to your car, so that you can use your phone as a key, and pre-heat or pre-cool your car from your phone, among other things. Email customersupport@tesla.com with your car registration, driver’s license, mailing address and phone number to get the process started. Later cars got autopilot, which is advanced cruise control. Autopilot is not self driving, despite the hype. The early cars like my 2012 have simple cruise control, which works great. Later cars have better sound deadening, which makes a difference at expressway speeds. I plan to retrofit sound mitigation materials in my car. Tesla stopped offering the sunroof in later cars. That’s a feature that later model year Model S owners might envy. The sunroof is massive. It’s very close to being a targa top on a four door sedan. The most economical way to set up home charging to get a NEMA 14-50 outlet installed where you park. The Tesla Wall Charger is nice but unnecessary for most people. Free unlimited access to the Supercharger network came with all of the early 85KWh cars, and was a paid option for the 60KWh cars. So all 85s have it but not all 60s. None of the 40s have it. The exception is if your used Tesla passes through Tesla’s hands. Since late June, Tesla has been removing free supercharging from cars they receive in trade and which they sell on their website. So if you’re buying a used 85 or 60, go visit a local supercharging site on your test drive to see whether that particular car has access. A number of features can be retrofitted on early Model S cars. For example, back in 2012, these cars had 3G connectivity for navigation, software updates and remote access via your phone. The LTE retrofit from Tesla is $500.

November 26, 2017
By I hope Chip Kelly is a success at UCLA from Mission Viejo, CA
Test drove this car

I'm on the list for the Model 3, so I wanted to get an idea of what a Tesla electric is like. The Model S is quiet, elegant, and very powerful. On my test drive the company rep encouraged me to try autopilot. Very strange to take your hands off the wheel and let the car do the driving, but it appeared to perform flawlessly. I would not recommend this car to a friend for the simple reason that it costs too much. But if you have an extra $80,000 or so available it is a very nice vehicle.

If You Test drive It, You'll Buy It!

This is the absolute best car I've ever driven!!! Tesla Motors has introduced us to the future!! So glad I bought one!!!

Most stunning, efficient, and wonderful car ever!

Simply too many superlatives to count them all, but let's try: FAST, roomy, comfortable, beyond efficient, gets better every few weeks JUST SITTING IN THE GARAGE due to Tesla's over the air updates, safe, valet customer support, etc. Consumer Reports hit the nail on the head when they ranked it at 99/100, but since then it's only gotten better with MORE free Tesla Supercharger stations around the US and Europe as well. We may even buy a second one to replace our last BMW, an "old" 2011 that still dumps carbon into the atmosphere which places future generations at terrible risk. Frankly, buying a Tesla Model S is the moral, ethical choice by so many measures. The fact that it is simply an outstanding car is just icing on the cake!

Apart from drive train technology, here is why I am wondering about the product strategy of the Model S (it looks like it is conceptually flawed): 1. It is laid out like a Grand Tourer (GT) but lacks convenience on long trips by means of limited range/the need for recharging. 1a. Even if there is a charging network, you still have to stop and do the charging (or swap a battery and pay about the same as a full tank of gas w/ about half the range or less of tank of gas). 2. It is most useful on shorter/daily trips, but seems kind of big/too large for zipping around town, or to find a good parking spot 3. It is sporty, but not a sports car, it is a sedan, possibly well made, but still a sedan 4. I think it might be used best to replace a minivan for hauling groceries, and kids back and forth from school to soccer practice, etc. That might be a preferred application. 5. It could also work well as toy for the rich/novelty for people who like that. 6. When considering battery replacement cost, I am not sure how much that is, but say $10k after 100k miles, that adds to depreciation at a rate of 10 cents per mile. Together w/ the electricity bill adding another few cents per mile, the cost advantage seems diminished. 7. You think about charging every time you remove the plug, just like your iPhone. Say, it takes 10 seconds to plug it in at night, and another 10 seconds to unplug in the morning, that amounts to 3 minutes a week: so at least that should be taken into account when comparing to a fill up at the gas station. Plus the mental effort/distraction that it causes: don't forget to plug it in, don't forget to take the plug out... and if you do make a mistake about that, it could derail your schedule, possibly. How confining is that? I mean, at that price point, I don't want to think about these things. I want to think about whether to turn on the seat heater or the back massage, but not about whether I can make it there in discomfort, or not make a distance in style, or how to optimize a recharge: products should make your life easier/better, and not hog your time. That is also a cost, and a big one. The other things I do not appreciate about this specific car, but not specific to electric drive trains, are (1) the electrical power steering does not give me good feedback (you feel disconnected), (2) the dash board in front of you could be a bit larger, the screen in the center could be a bit smaller, (3) the window sill is too far away in order to rest your left arm comfortably and steer. Another aspect that has to do w/ electrical drive but is probably only because we are not used to it: the torque curve remains flat. So while you might expect an increase in torque as the car picks up, like in a conventional vehicle, it doesn't, or may-be drops a bit. I mean, overall the torque is enormous at all speeds, but I kept wondering what I am missing. As I said, it is most likely something to get used to, but an observation.

March 12, 2013
By Smitten with Tesla from Chappaqua, NY
Owns this car

I got my Tesla Model S about 6 weeks ago after waiting almost 2 years. It was worth the wait. I love the silky smooth, silent, effortless torque. This cars flies and it does it with such calm grace that it is ethereal. You simply feel yourself pushed back in the seat. The numbers on the speedometer don't quite seem real, it is so quiet and smooth. The car has been perfect, no quality issues, and the handling is very sure footed. I keep looking for excuses to go out and drive. The powertrain, handling, and braking are all outstanding. Then to top it off, the touchscreen and electronic controls are a generation ahead of anything else on the market. As far as range, this car works for me about 360 out of 365 days per year, and boy is it a thrill to drive. Even after paying for the electricity to fuel it, I am saving $350 per month on gas. Once every few months, when we go on a long trip, we will take my wife's dated internal combustion car so that we can go for a few hundred miles with quick refills of gas. If the battery pack lasts for 10 years (it is under warranty for the first 8 of those years) then I will have saved about 40k on fuel and repairs, basically making the car quite cheap to own for such a luxury performance vehicle. Time will tell, and in the meantime, I am having a complete blast driving it.

This is the best luxury sedan available in the world. Performance and interior are stunning. The software gives you the opportunity to get new features after you have it for awhile, non possible with any other car out there. And last but not least this vehicle promote US energy Independence, it is good for the environment and support US manufacturing.

Most amazing car ever

Incredibly elegant, plenty of storage space, shockingly fast and smooth, handles like a sports car - or if you want, like a cadillac - it's up to you. Forever renewed with over-the-air software updates that add new features to your car and your driving experience. Incredible. Free charging for life at the soon-to-be nationwide Tesla superchargers. And I am now saving $3200 PER YEAR by not buying gas. Folks, this is the future of transportation. Get on board.