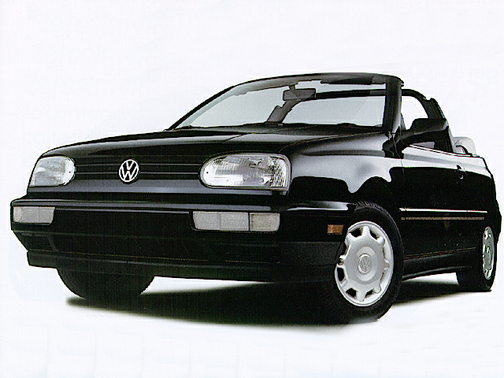 Our 1997 Volkswagen Cabrio trim comparison will help you decide.

This spring has been a great season for convertibles, cool and dry without the crushing heat that usually keeps tops up and air-conditioners cranked.

So a little Volkswagen Cabrio was a welcomed diversion, its wonderfully easy-folding top spending most of its time in the down position. Perky and loaded with fun-loving personality, the Cabrio also created something of a stir in our neighborhood.

Such as the girl next door, just graduated from high school, who rushed over to check out the car of her dreams. Or my sons’ little buddies, who piled in for free carnival rides.

And a sunny afternoon drive out to Cave Creek, including some back-road side trips, was definitely enhanced by the Cabrio’s pleasant company.

That name, by the way, is a shortened version of the somewhat pretentious Cabriolet name of former Rabbit and Golf convertibles. The descendant of the highly charismatic Beetle convertible, the Cabrio carries on its own quirky tradition.

The cheeky charm of the Cabrio is undeniable. But so is this diminutive character’s sophisticated driveability, with its precise handling and surprisingly roomy interior. The engine is light on pull, but it is exceptionally smooth and quiet.

Now, I have been pretty impressed in recent years with how much Volkswagen you get for an economy-car price. The Cabrio also provides a lot of driving fun for around $18,000 or, for the upper-end Highline model we tested, around $22,000.

The Cabrio compares well against other ragtops in the budget arena, including the Chevrolet Cavalier, Honda Del Sol and Toyota Paseo. Actually, the Cabrio could be the mother of all graduation gifts, with its special appeal to sporty young women of the Buffy persuasion.

The Highline’s interior was especially impressive for this price range, with leather seating, fabulous stereo, power windows and other features. In VW fashion, the interior is simple, solid and attractive in a Spartan way.

A major plus in this size and price range is a back seat that can actually be used by full-size humans. And even tall drivers can find some degree of comfort.

A major minus was the set of cup-holders, too small and poorly located. A cruel joke, really.

A trendy set of white-faced gauges, a retro nod to sports cars of yore, is part of the Highline package. In the Cabrio, they seem sporty and fun.

With the cloth top up, the Cabrio is tight and secure, with scant wind noise or flutter. Top down, the driver and passengers will find the well-designed convertible to be relatively free of wind buffeting, even at highway speeds.

The manual roof comes off with ease, unclipping from the windshield and plopping down behind the back seat with a minimum of fuss. The boot to cover the folded top goes on easily, a grueling process on many convertibles.

Despite its rooflessness, the Cabrio has the solid feel that distinguishes Germanic vehicles, from its sturdy body structure to its handl ing and road manners. Body shake over bumps and through turns is minimal, partially due to the sturdy roll bar, and rattles in our test car were nil.

The steering is precise and direct, and the brakes are very effective.

Acceleration may not be strong enough to pull the peel from a grape, but once under way, the Cabrio zips right along, the engine ticking away without a hint of chatter or roar. The gearbox, which must be used often to keep the four-cylinder on its power band, shifts nicely.

An automatic is available, but considering the leisurely power and the fact that the stick shift is so well-designed, I think it would be a huge mistake.

The Cabrio is a good-looking little critter, well-finished and nicely turned out, but its youthful and somewhat feminine image might turn off some potential drivers who crave the feel of wind through thinning hair. I say, get over yourself and enjoy.

August 23, 2017
By Marilyn from Montrose CA
Owns this car

It makes sense to take advantage of this low cost option for a fun, cute, safe and practical ride. Perfect as a first car, backup commuter vehicle or a darling gift. Get smart and snap her up before someone else cranks the tunes and drives off into the sunset with her!

I've been working with, restoring, repairing, building, racing, buying and selling cars for over 30 years. So I believe I am qualified to offer a valid recommendation. My Girlfriend was in the market for an affordable, reliable and good performing and good looking car. After two weeks research we focused on the lates 90's & early 2000's VW Cabrio due to it's long term reliability, economy, appearance and fun to drive. Despite some minor manufacturing problems in the electrical systems the overall car was well built. Any issues the car had when new were surely repaired by the time we purchased the one we got. The one we purchased was a '97, 91,000 miles, one owner and Carfax indicated this owner was religious on Dealer Maintenance. The car was impeccably "clean", inside, outside, underneath and under the hood. Everything was a 10 on a 10 scale. The dealer we purchased it from hadn't had a chance to even detail it yet. They had washed the exterior vacuumed and armor all's the interior. Thus far 4,000 miles later the car is perfect and exactly what we expected. Though it's no high performance car it's zippy and fun to drive. Handles well and is economical on gas. On the nice days we drop the top for more fun. Interesting enough the car has very little air noise. I've owned convertibles for over 30 years as well and nearly all have air noise or leak water. This car is nearly silent with the top up, very quiet and very little "blowing around" with the top down and it doesn't leak in heavy rain or even the car wash. We're looking forward to turning over 250,000 miles on this car. Which, with regular preventative maintenance it should reach with no problem. 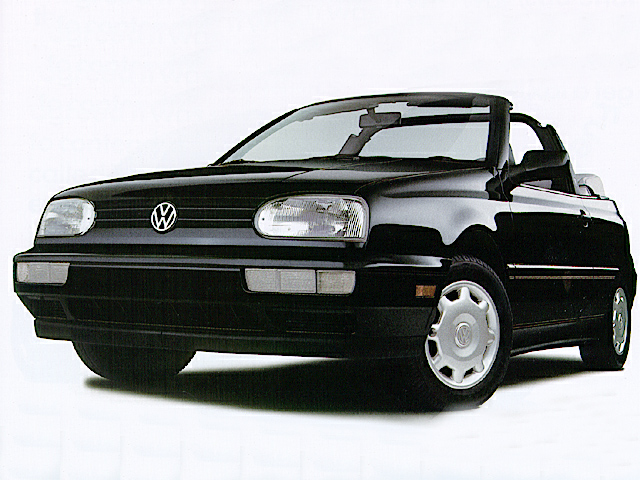 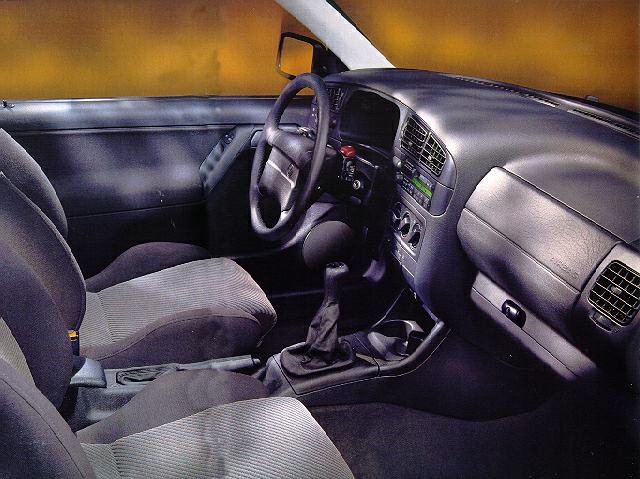