The latest SUV from Honda is actually similar to an SUV that it already sells. The all-new 2019 Passport — a two-row, mid-size SUV — shares a wheelbase, powertrain and even the same dashboard as the Honda Pilot, Honda’s three-row mid-size SUV.

However, after traveling to Moab, Utah, to see how the Passport handled a variety of environments – on pavement, in mud and even through some snow — I came to appreciate the Passport as more than just a Pilot clone. (Per our ethics policy, Cars.com pays for its own lodging and transportation at such automaker-sponsored events.) I would even venture to say that the Passport is in several ways an improvement on the Pilot. 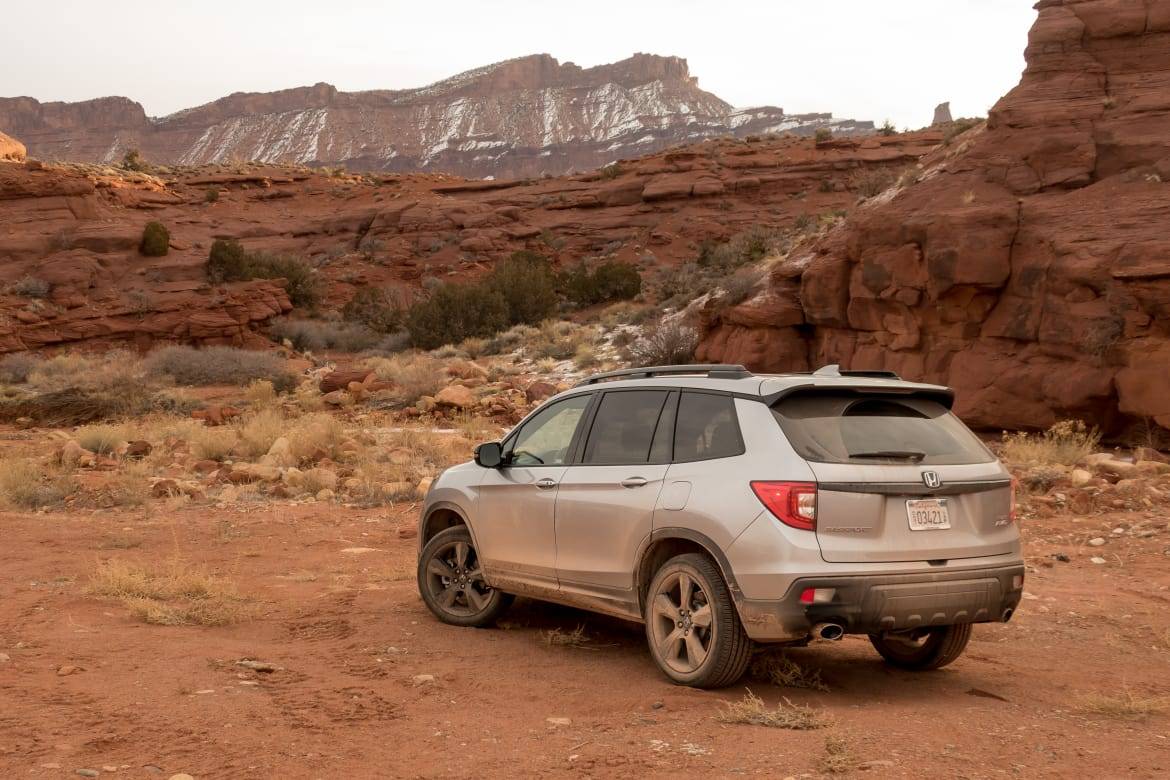 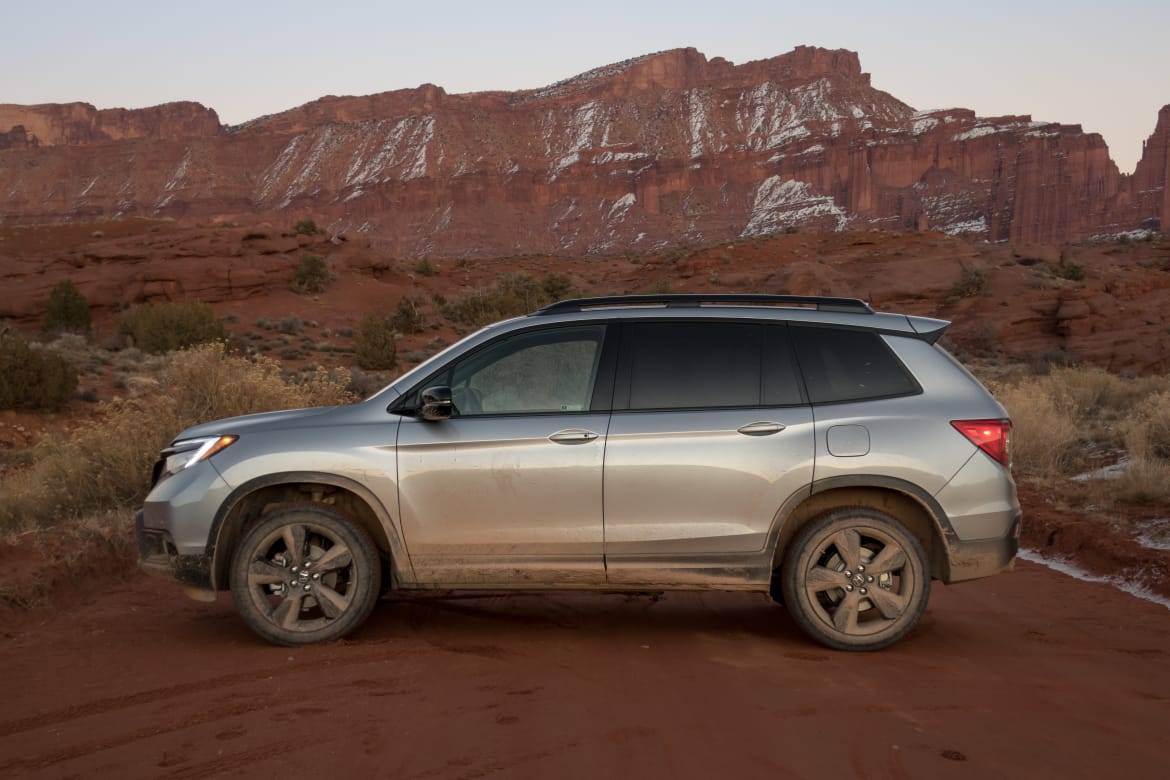 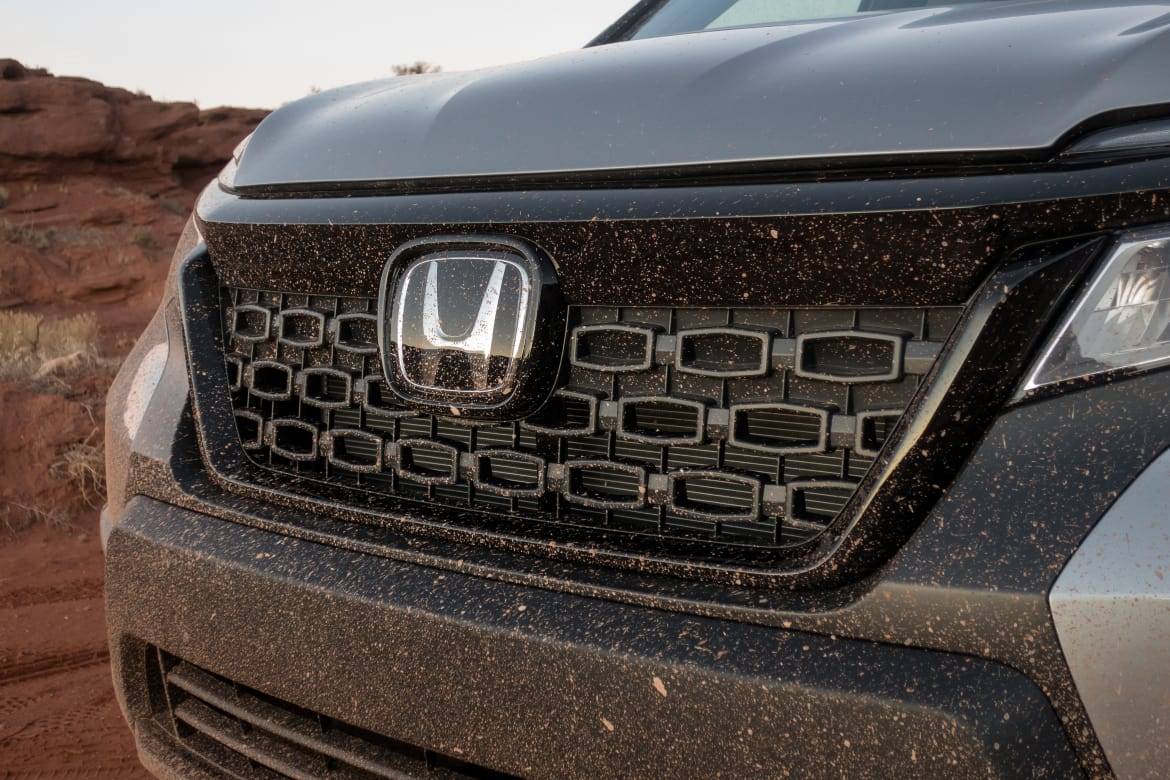 When I first saw the Passport, I thought, “that’s just a Pilot with its rear end chopped off.” The Passport rides on the same 111-inch wheelbase but is 6.2 inches shorter, with 0.2 inch trimmed from the front and a full 6 inches coming off of the rear, thanks to the third-row removal. That, along with an added 0.8 inch of ground clearance (8.1 total) for all-wheel-drive models — front-wheel-drive models add only 0.2 inch versus the Pilot — gives the Passport steeper approach/departure angles.

Under the hood, the Passport has the same powertrain as higher-end Honda Pilots: a 280-horsepower, 3.5-liter V-6 making 262 pounds-feet of torque mated to a nine-speed automatic transmission. Though those components are the same, Honda’s few updates make the Passport more suited for off-road.

Those changes were appreciated, but I didn’t find that they suddenly turn the Passport into a true off-roader. That is to say the Passport’s overall capability stays flat relative to the Pilot. The added ground clearance helps, as does chopping off some of the rear overhang, which increases the departure angle from 20.8 to 27.6 degrees. But up front, the approach angle only goes up 1.7 degrees and the front overhangs are still quite low.

Comparing the Passport to the Pilot in this regard is no slight; I was impressed by the Pilot’s off-road ability when I tested it last August.

The Passport’s AWD system is quite robust; it has true torque vectoring from an electronically controlled rear differential that actually moves torque between the left and right rear wheels, rather than using the vehicle’s brakes to do it.

The Passport’s different off-road drive modes (Snow, Mud and Sand) discernibly change the vehicle’s performance and adeptly match those conditions. Our off-road testing route took us through all three environments. Each of the drive modes modify the throttle response, how much bias the rear wheels get and even how torque is split between the rear wheels. In Mud and Sand where keeping momentum up is key, the throttle kicks harder and the Passport has more rear-drive bias. In Snow, the throttle response is muted for cleaner launches and the transmission starts in 2nd gear.

As good as the AWD is, the Passport has the same off-road limitations as the Pilot — not much suspension flex, street-oriented tires and trouble with rock crawling. There isn’t an off-road drive mode with low-range that is good for slowly moving over large obstacles. Snow deadens the throttle response too much, so it’s hard to keep the Passport moving evenly, and while Mud and Sand offer better throttle control, those modes dial in too much slip to be comfortable when you’re trying to move up a rock (especially without all-terrain tires).

Better on the Road

The modified steering and throttle responses have been made with off-road driving in mind, but they make more of a difference compared with the Pilot by improving the on-road experience.

The quicker steering ratio gives the Passport’s steering an immediacy missing in the Pilot. Even though the amount of turns from lock-to-lock is virtually identical between the two vehicles, the Passport’s initial bite is more pronounced and it makes the front end feel much more responsive.

The same can be said of the throttle. More aggressive mapping seems to solve some of the problems we’ve had with the nine-speed transmission, namely that it is slow to react when passing and does not feel responsive to the accelerator pedal. Not having to bury your foot into the floormat to get the vehicle moving quickly just makes the experience of driving the Passport more enjoyable.

A final off-road-oriented change rears its head on pavement: The added ride height manifests itself in the corners, where I experienced added body roll and more trucklike handling. I personally don’t mind an SUV that drives more like, well, an SUV, and it stills feels quite stable at speed, unlike a true body-on-frame SUV. 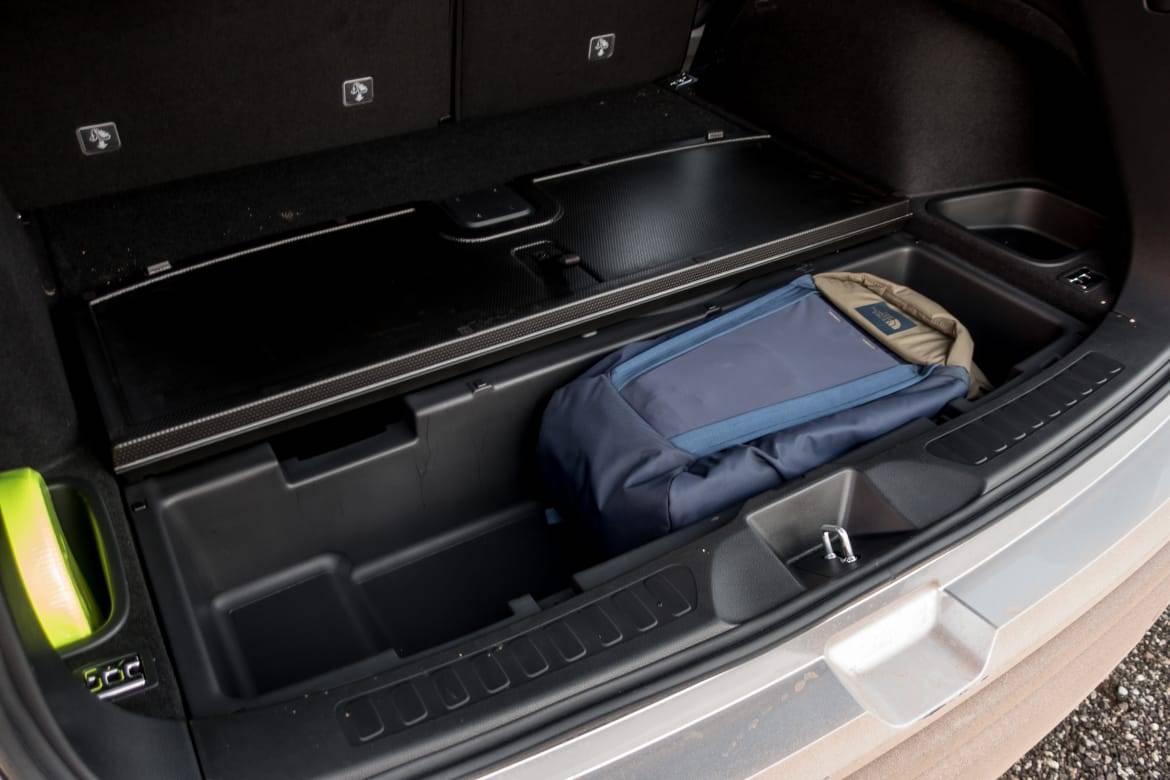 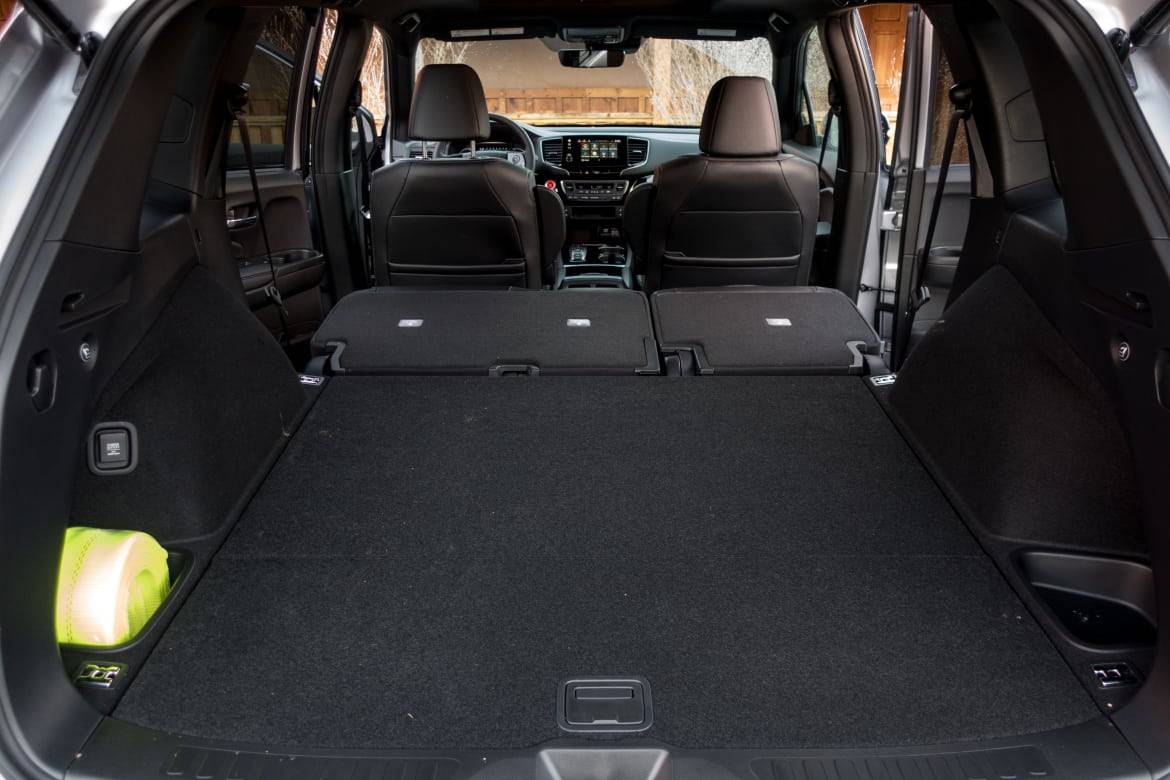 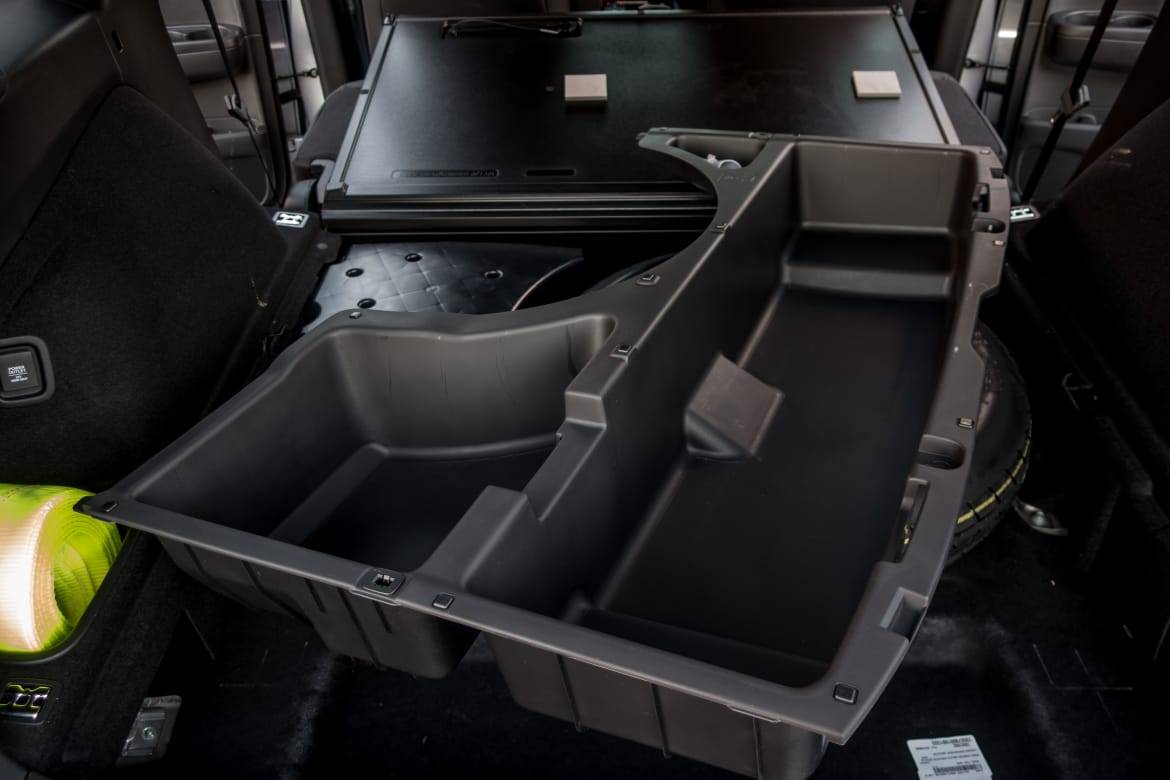 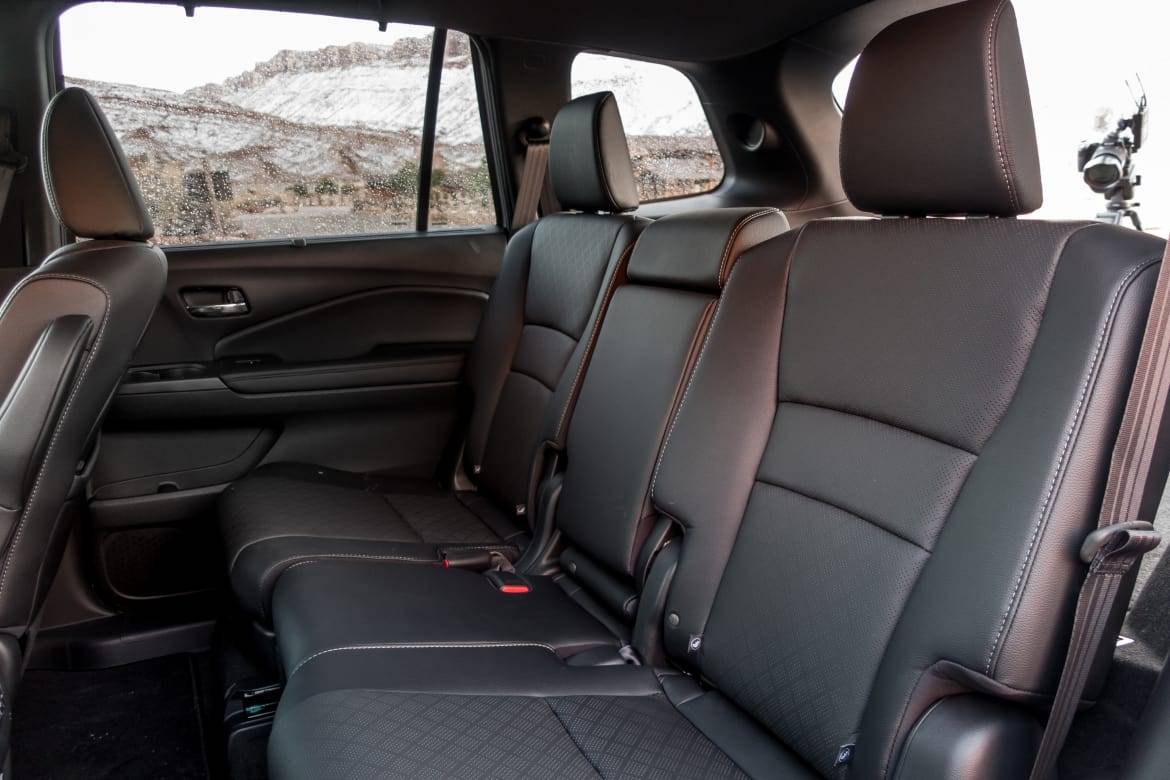 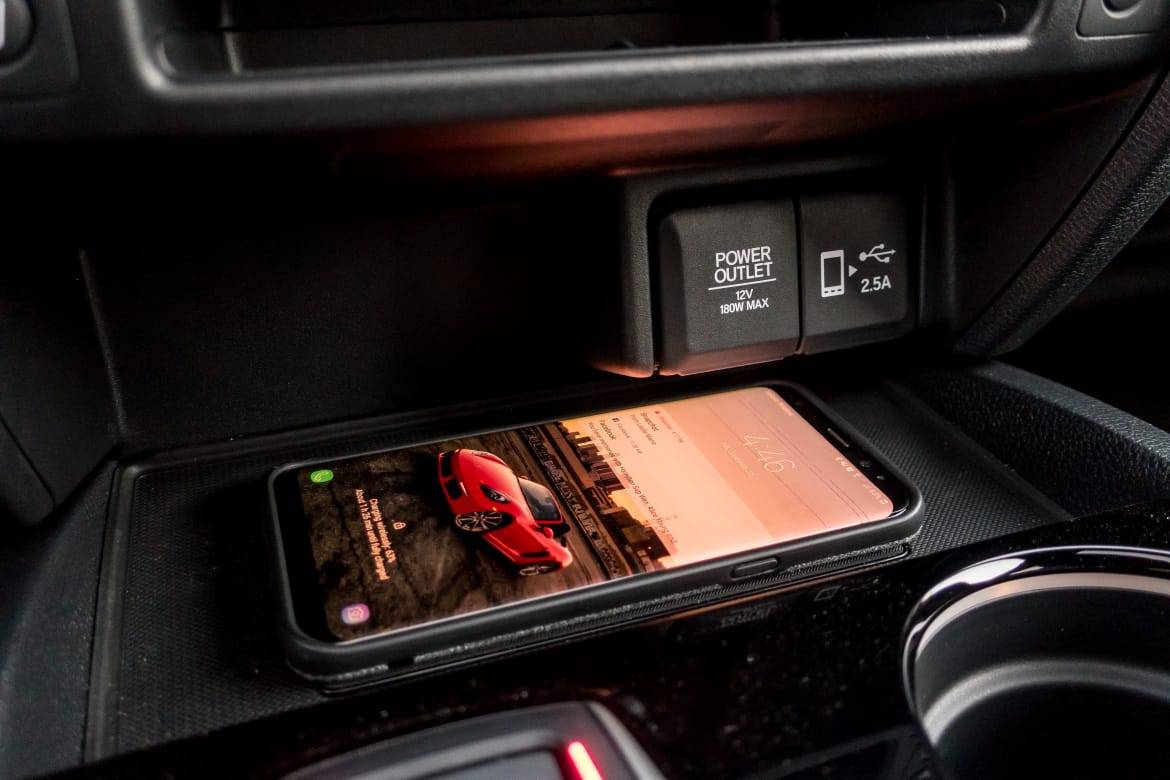 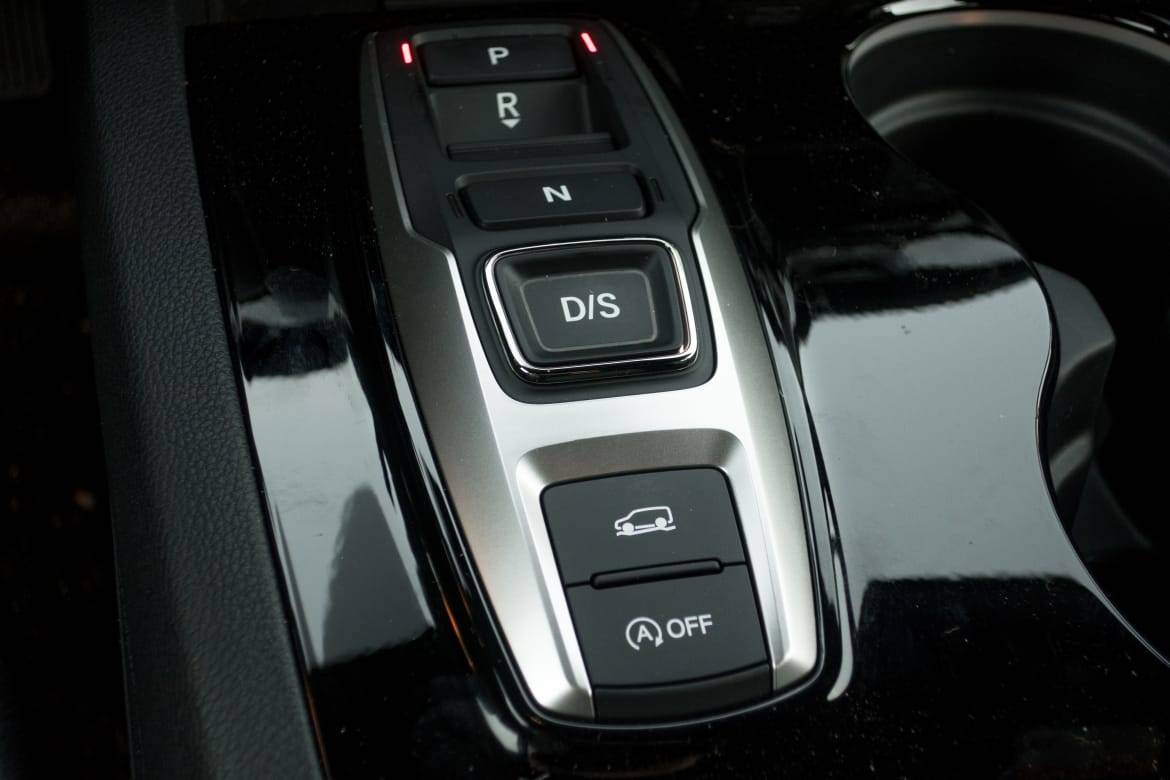 The interior gets a few helpful tweaks similar to the Passport’s driving advantages over the Pilot. Up front, Honda tells us the dashboard and center console are identical, so there are the same weird shift buttons and the multimedia system that has a nice screen, but troublesome touch-sensitive controls and placement that’s leaned too far back.

Related: 2-Row 2019 Honda Passport for Those Who Think Pilot Is Too Much

The Honda Pilot’s third row offers middling room, but the other two rows are expansive with lots of headroom and legroom. By ripping out the third row, Honda claims class-leading passenger volume for the Passport and it shows.

The biggest changes, and those I most appreciated, are when you move to the cargo area. There’s 41.2 cubic feet of cargo room behind the backseat, which expands to 77.5 to 77.9 cubic feet (depending on trim level) with the seats folded down. In the cargo area are two buttons that easily drop the 60/40-split, folding backseat.

Underneath the floor was my favorite innovation: a storage bin with two cargo cubbies, including one large enough to fit my backpack (something I don’t see often). What makes this bin unique is that it is removable. Unlock a pair of clips and the whole bin lifts out, which makes it easy to hose out and clean, and an ideal spot to store dirty items you don’t want soiling the interior.

The Passport is changed (and improved) enough to stand on its own, even with all of that Pilot DNA. The 2019 Honda Passport starts at $33,035, including destination charges, but not including the optional $1,900 all-wheel-drive system. The improvements to drivability, the added innovation to the cargo area and its impressive AWD system, when equipped, give the Passport plenty of reason to exist. It would have been easy to just change up the body, seating configuration and the name haphazardly (a la the Lexus RX 350L) and call it a day, but I admit that my own biases were misplaced in this instance. The Passport is an SUV that Honda needed to fill a hole in its lineup, but more importantly than that, it’s a pretty good one.

The 2019 Passport goes on sale Monday.