Buick today announced a fourth crossover SUV will be joining its lineup soon, with the unveiling of the new 2020 Encore GX. The brand says the GX will slot in size in between the current Encore subcompact crossover and the larger mid-size Envision crossover. The brand plans on continuing to sell the smaller Encore model “for the foreseeable future,” according to a press release.

Related: What’s in a Name? Buick Goes Emblem-Only on 2019 Models

The company did not release many details about the new Encore GX, however, and we have no idea what’s powering the small SUV, what kind of fuel economy it will get or even what it looks like inside. It is identical to the model that Buick just unveiled at the 2019 Shanghai auto show in April alongside an updated Encore model, which Buick says will remain China-only.

Read more about the Buick Encore.

What do we know about it? Well, we know it’s going to have some standard safety features that GM has previously only offered as optional equipment on even its premium models: standard automatic emergency braking, forward collision alert, lane keep assist, lane departure warning, and front pedestrian detection and braking. It will offer an optional rear camera mirror and a high-definition surround-view camera system, as well.

Enthusiast website GMAuthority.com reports that the new Encore GX actually rides on a platform that’s considerably different from the smaller Encore (this naming scheme is already getting tedious). That site suggests that the Encore GX will use GM’s next-generation Ecotec four-cylinder engines combined with either the nine-speed Hydra-Matic automatic or new continuously variable transmissions.

We’ll learn more about the new 2020 Buick Encore GX closer to the crossover’s on-sale date, which Buick says should be sometime in early 2020. 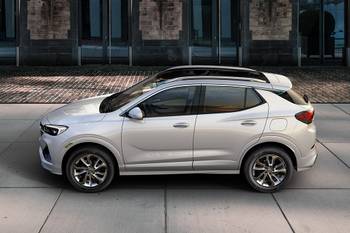 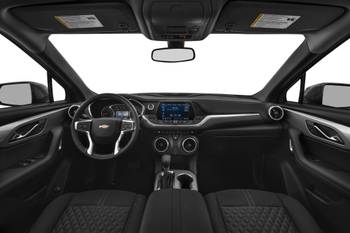