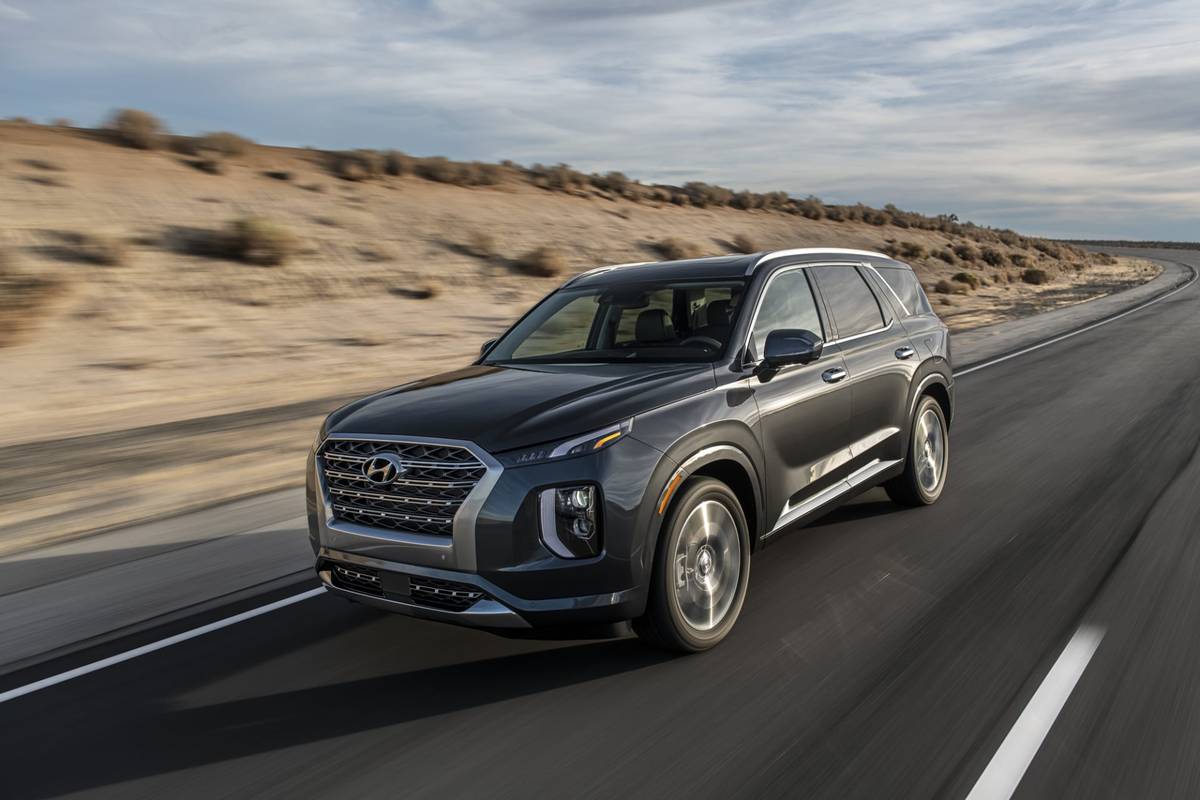 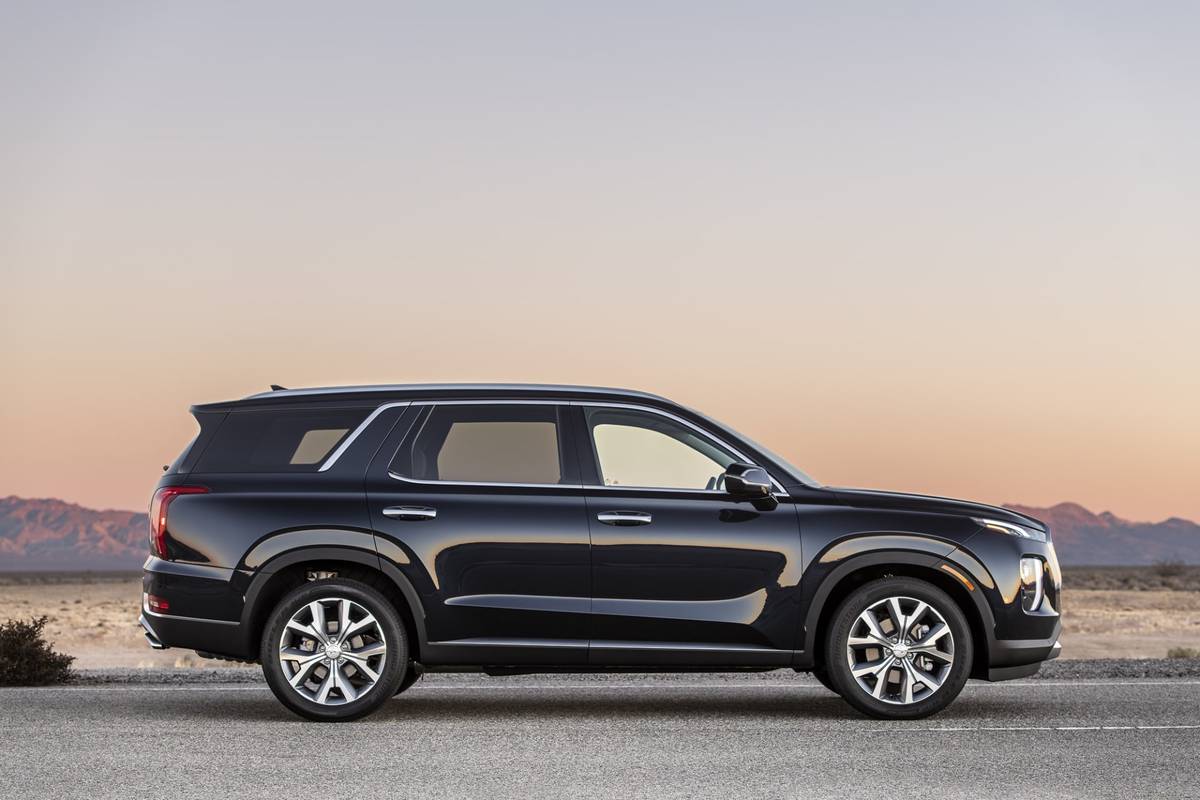 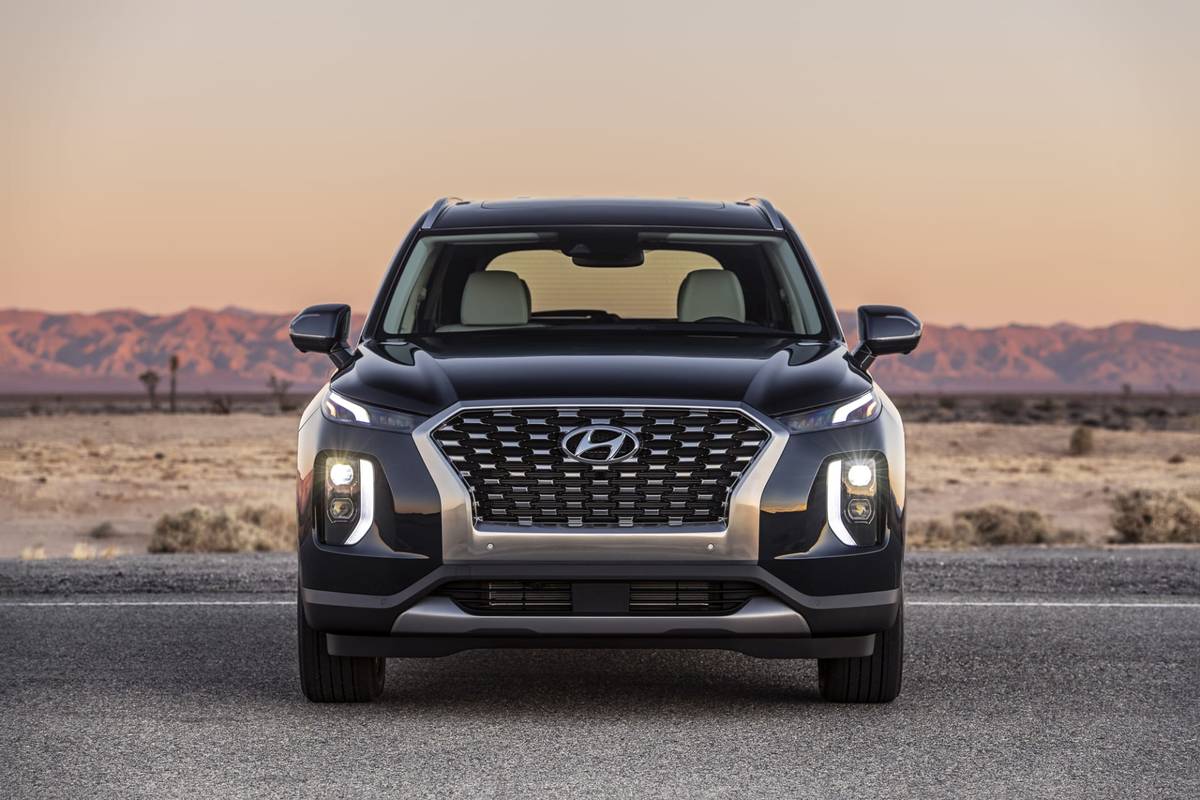 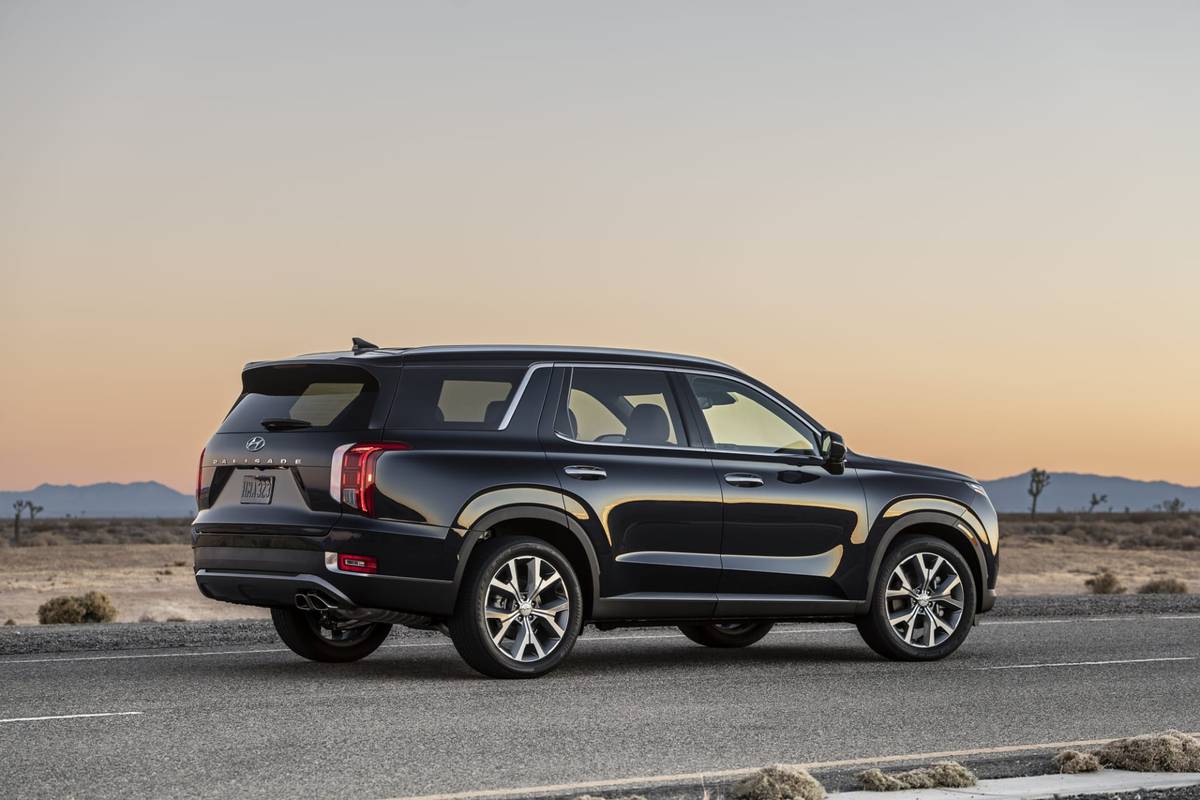 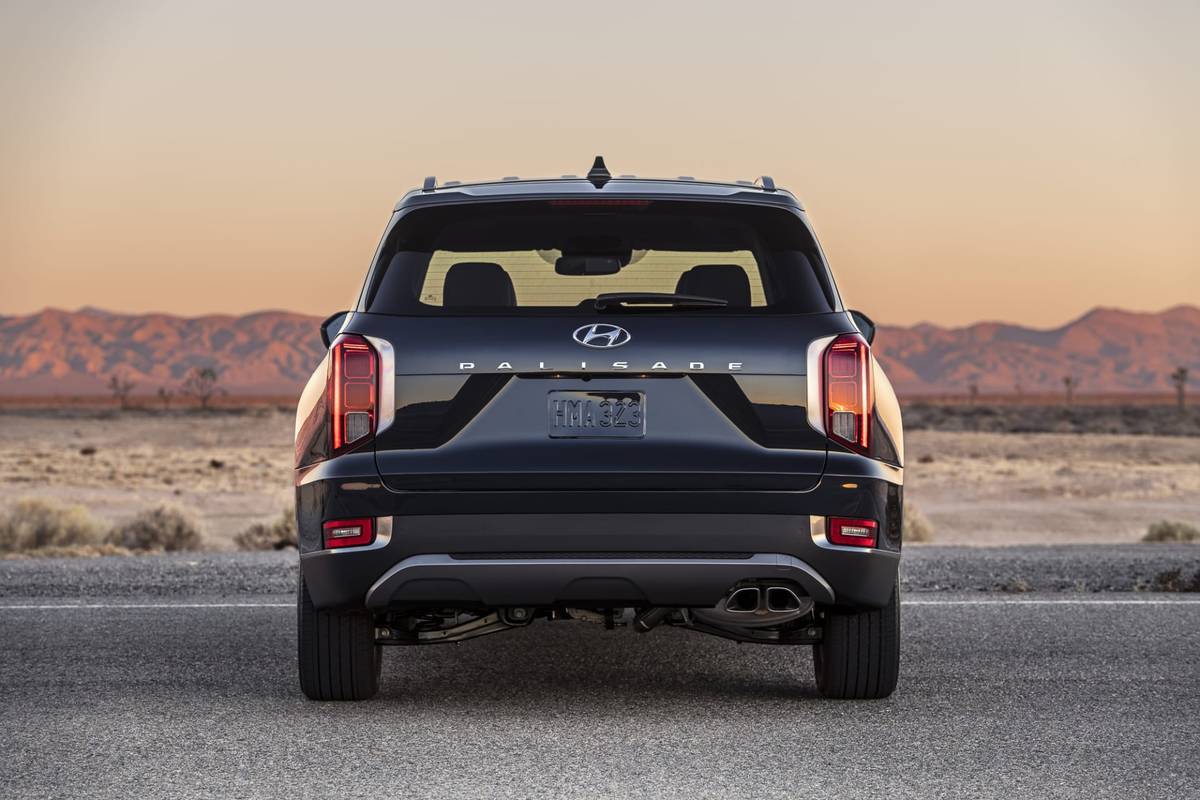 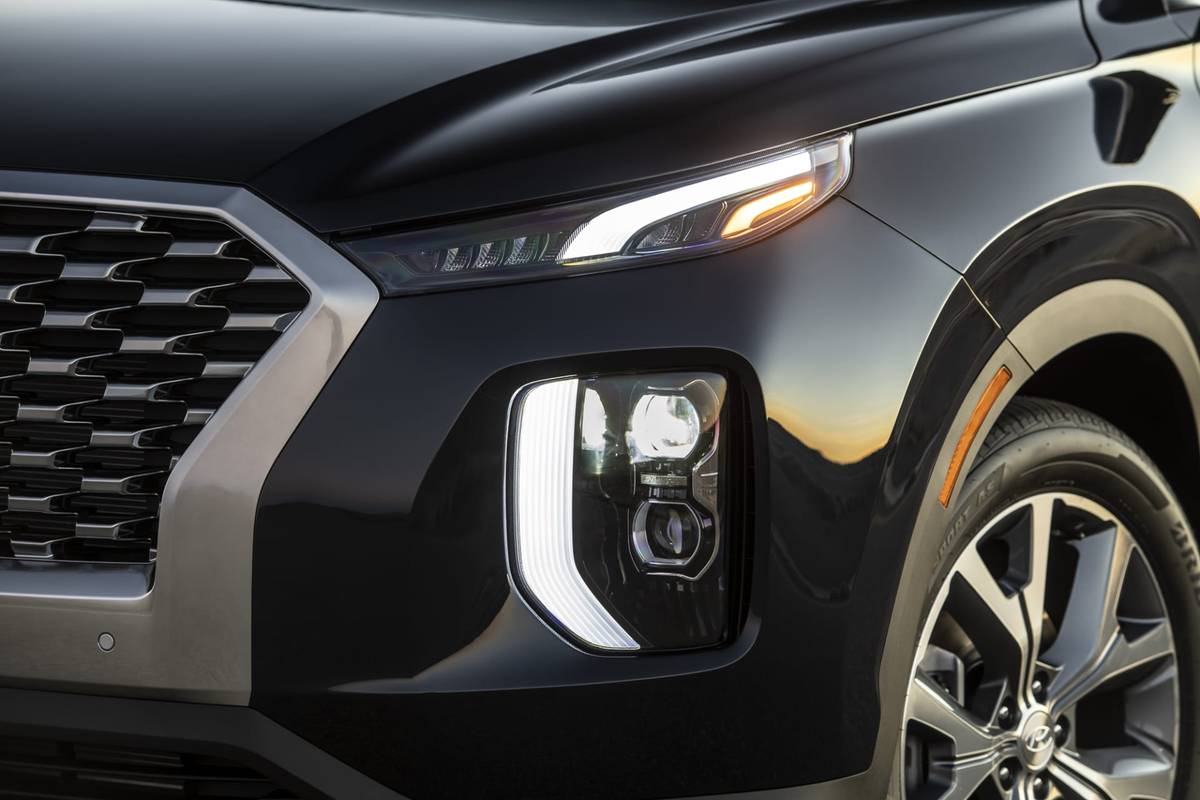 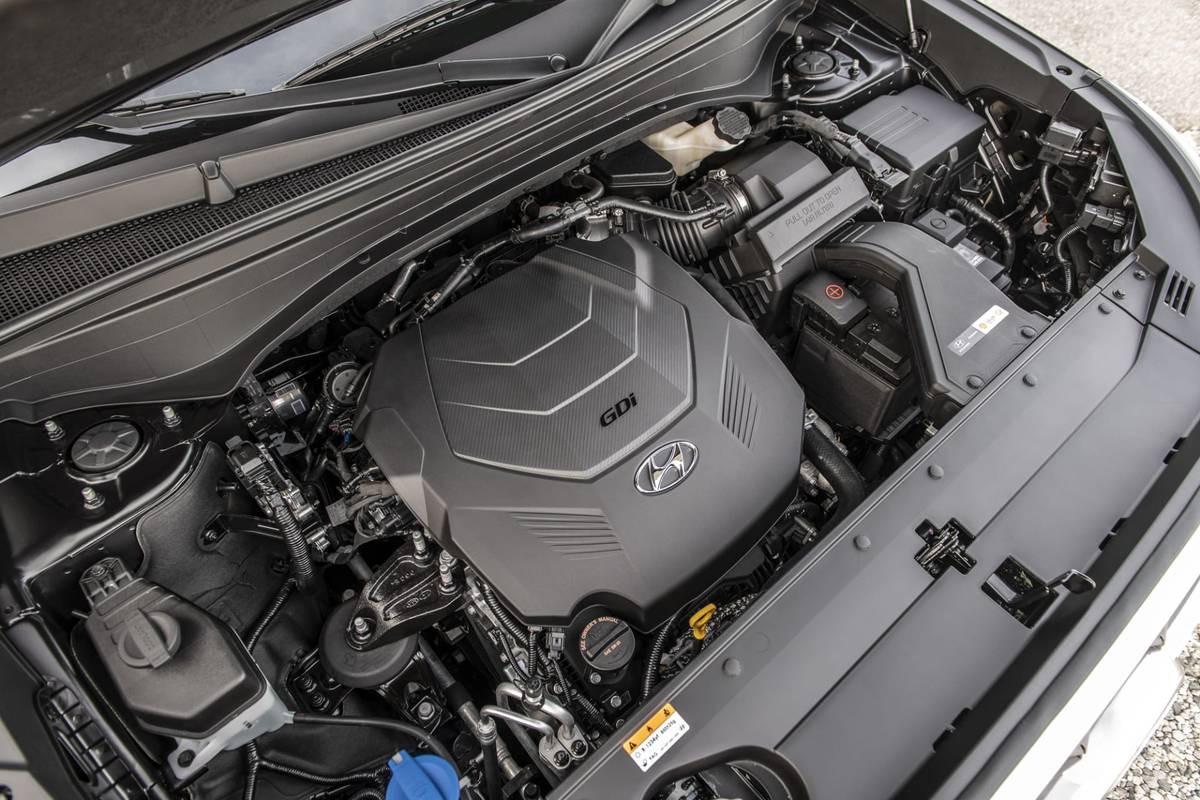 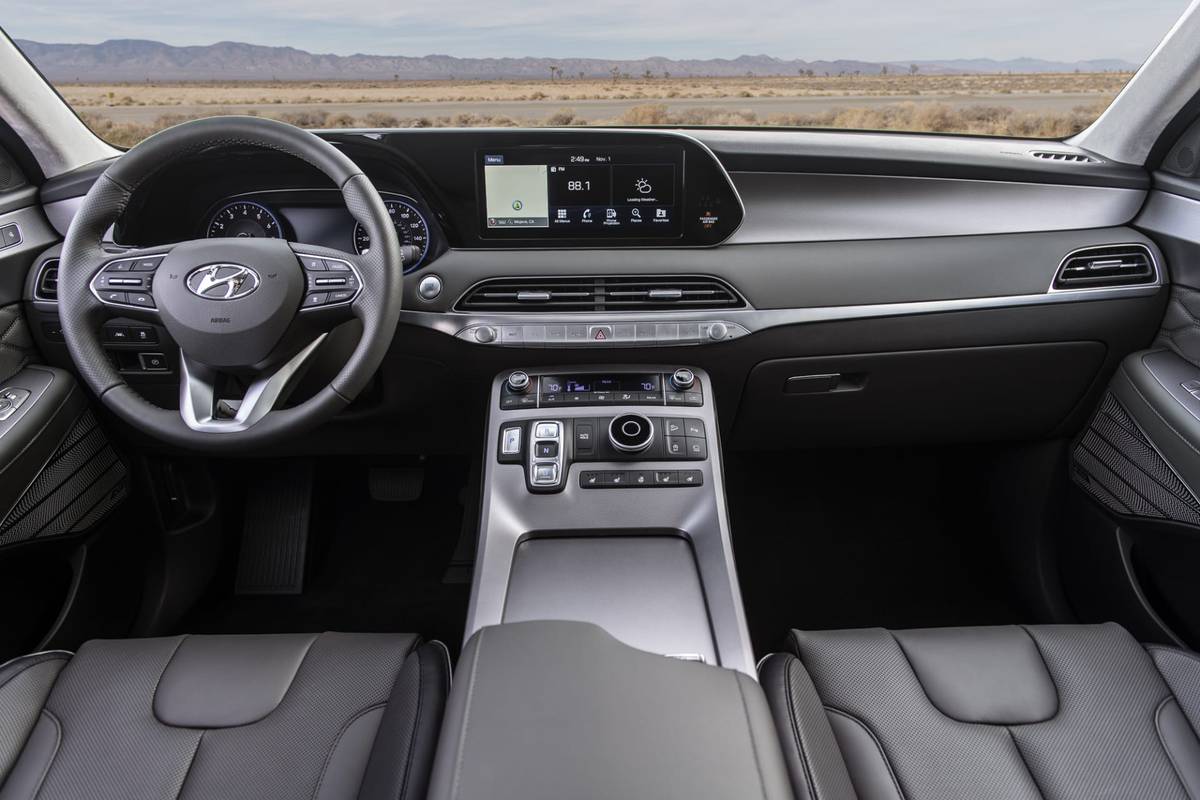 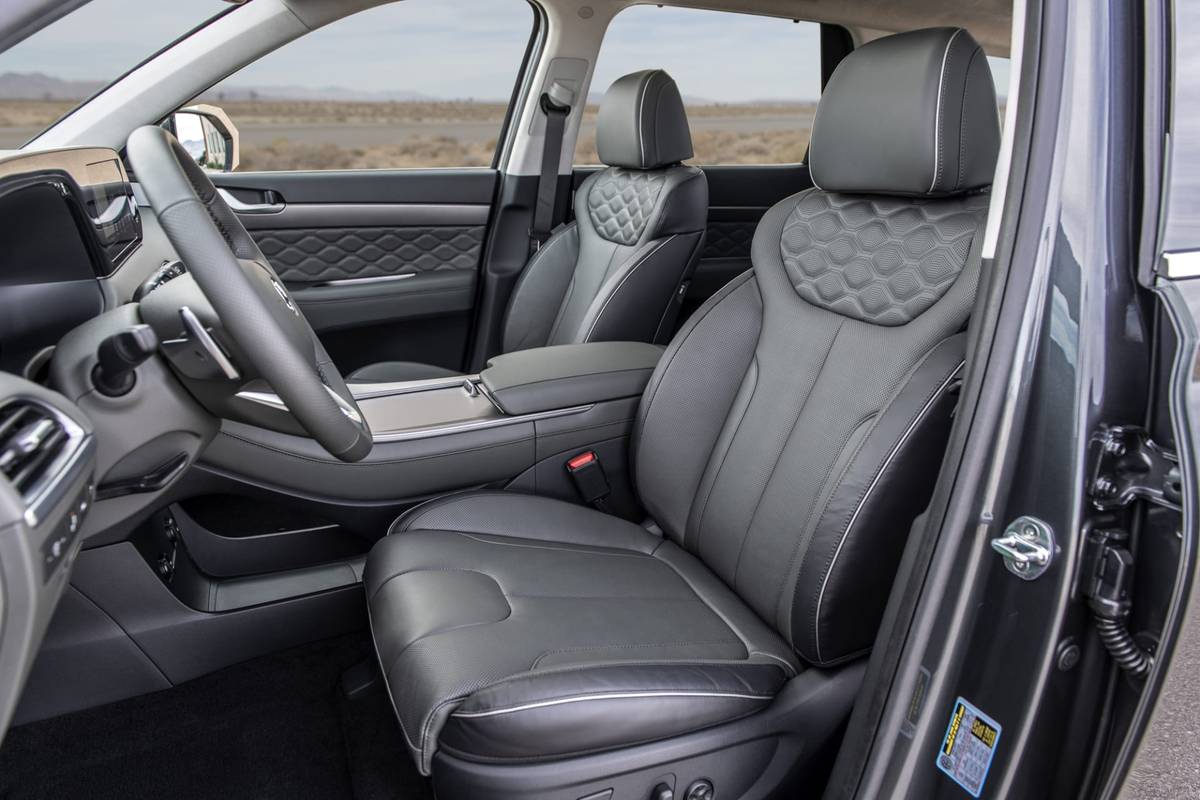 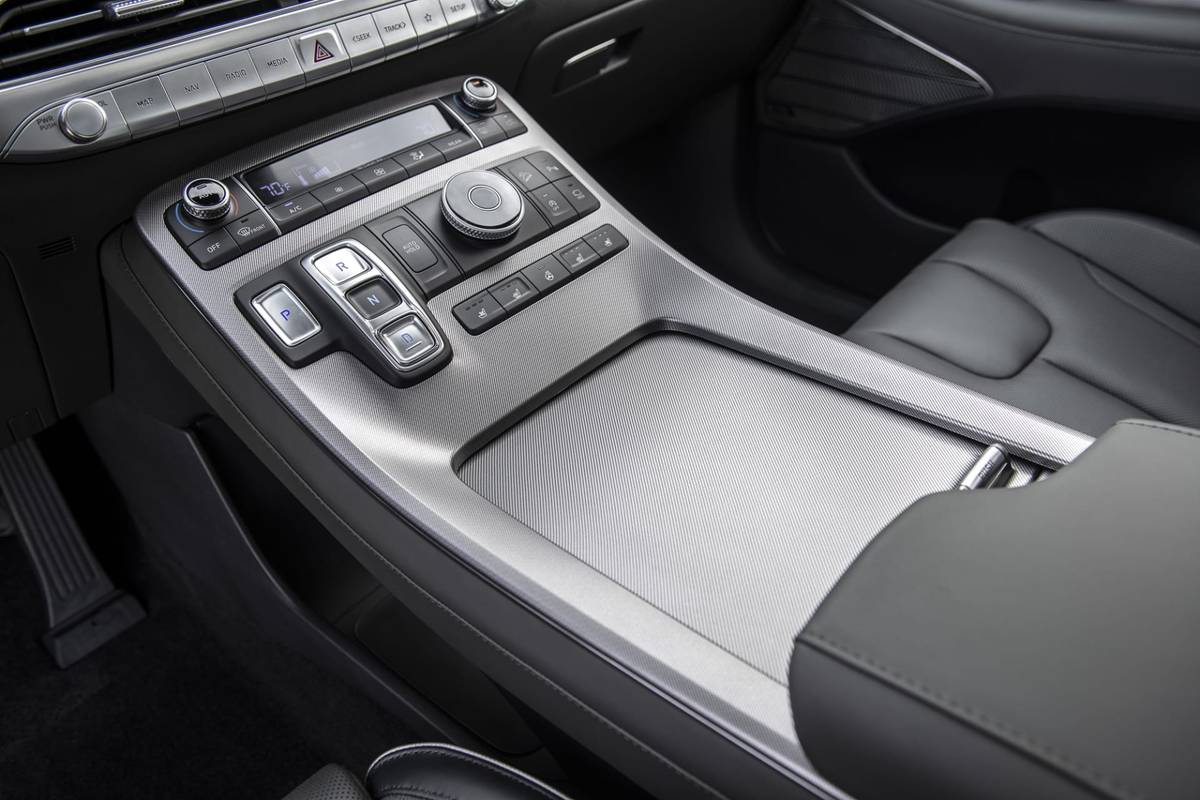 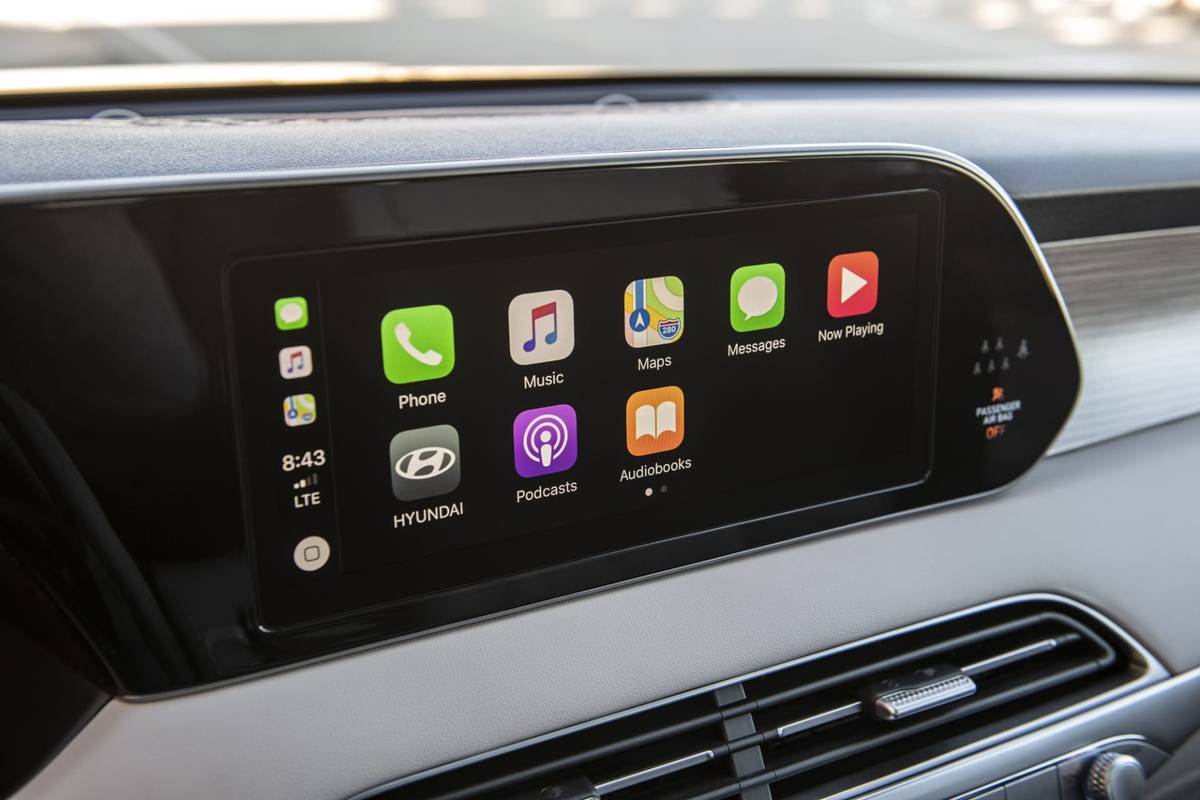 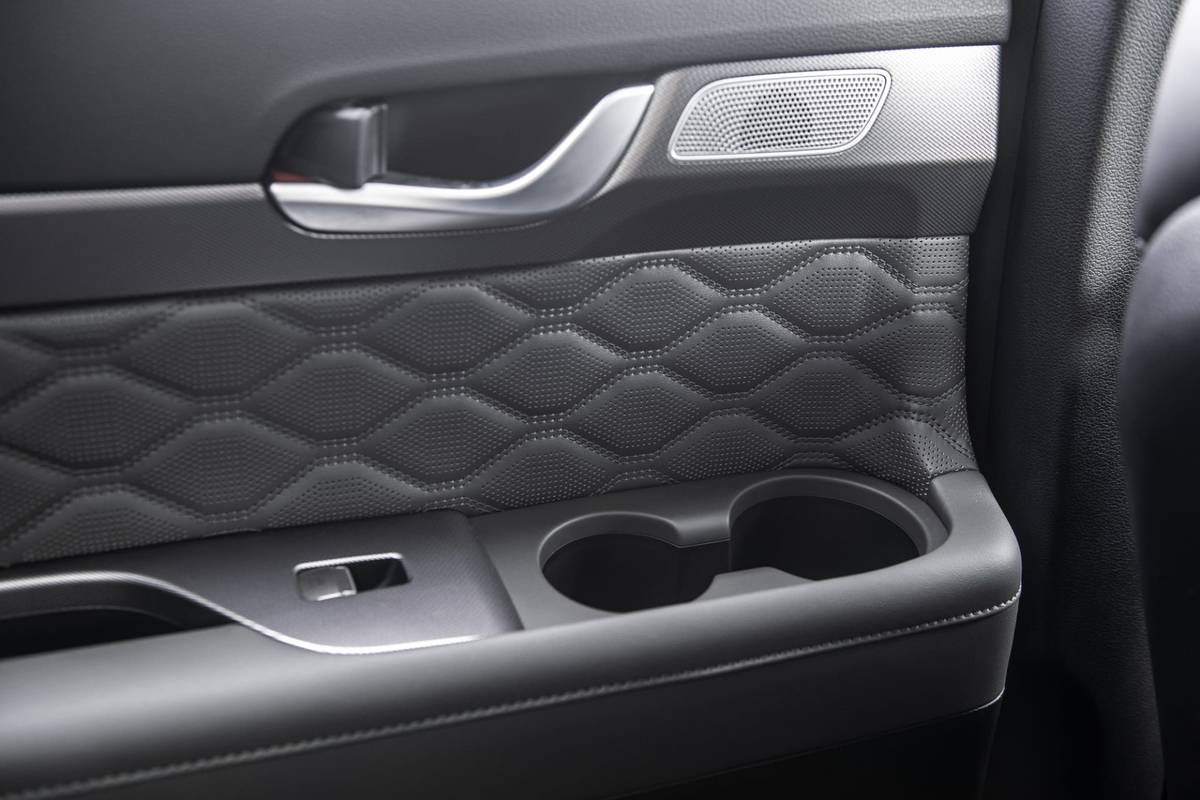 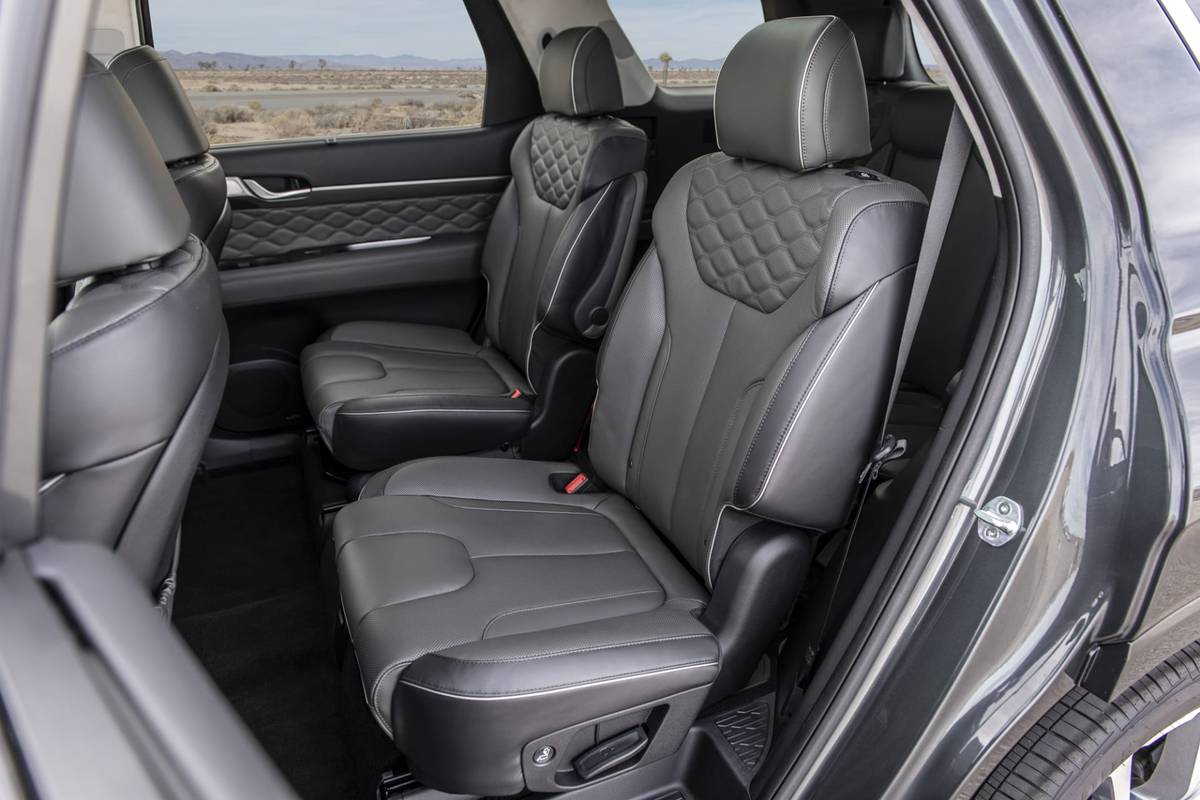 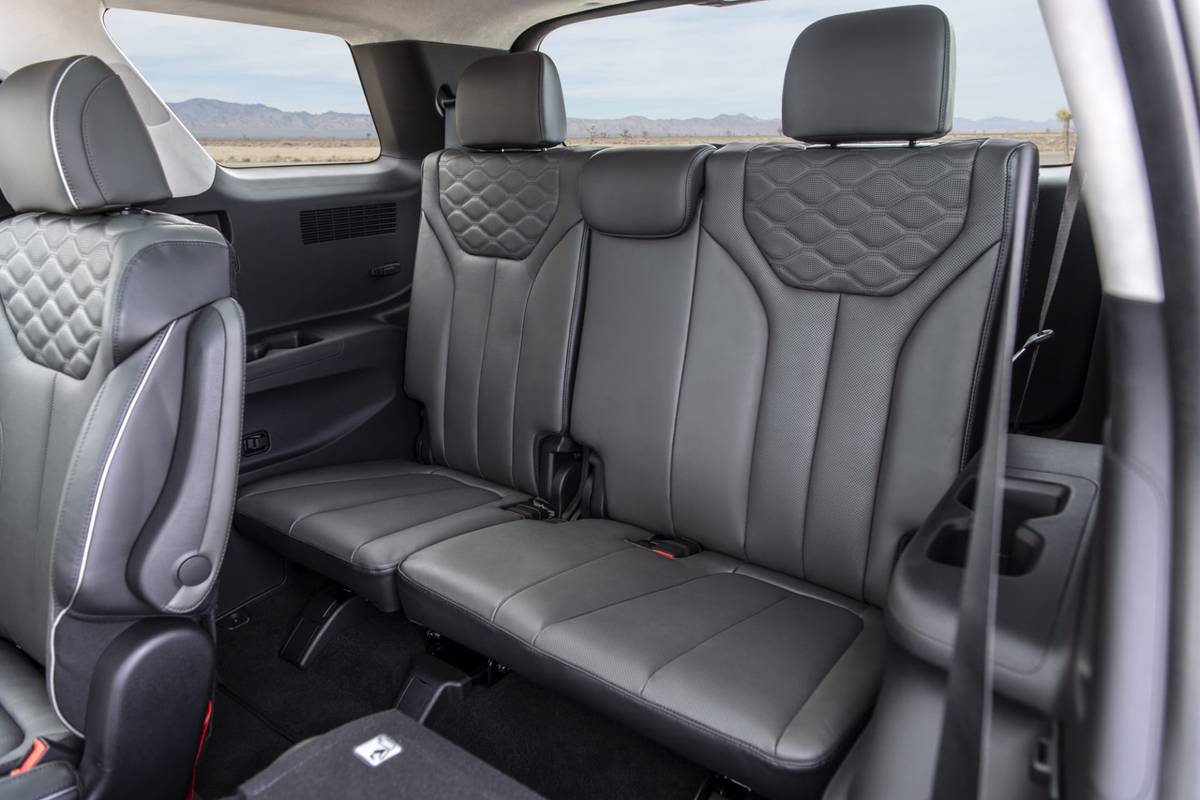 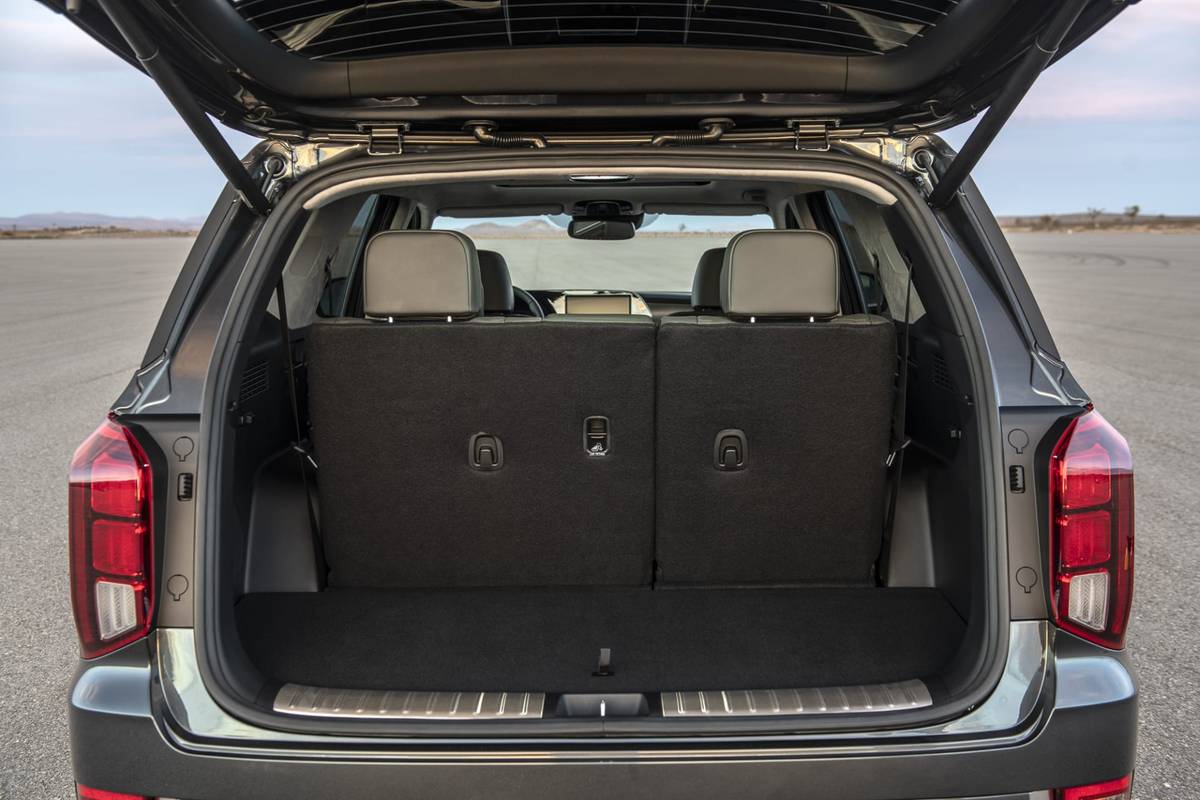 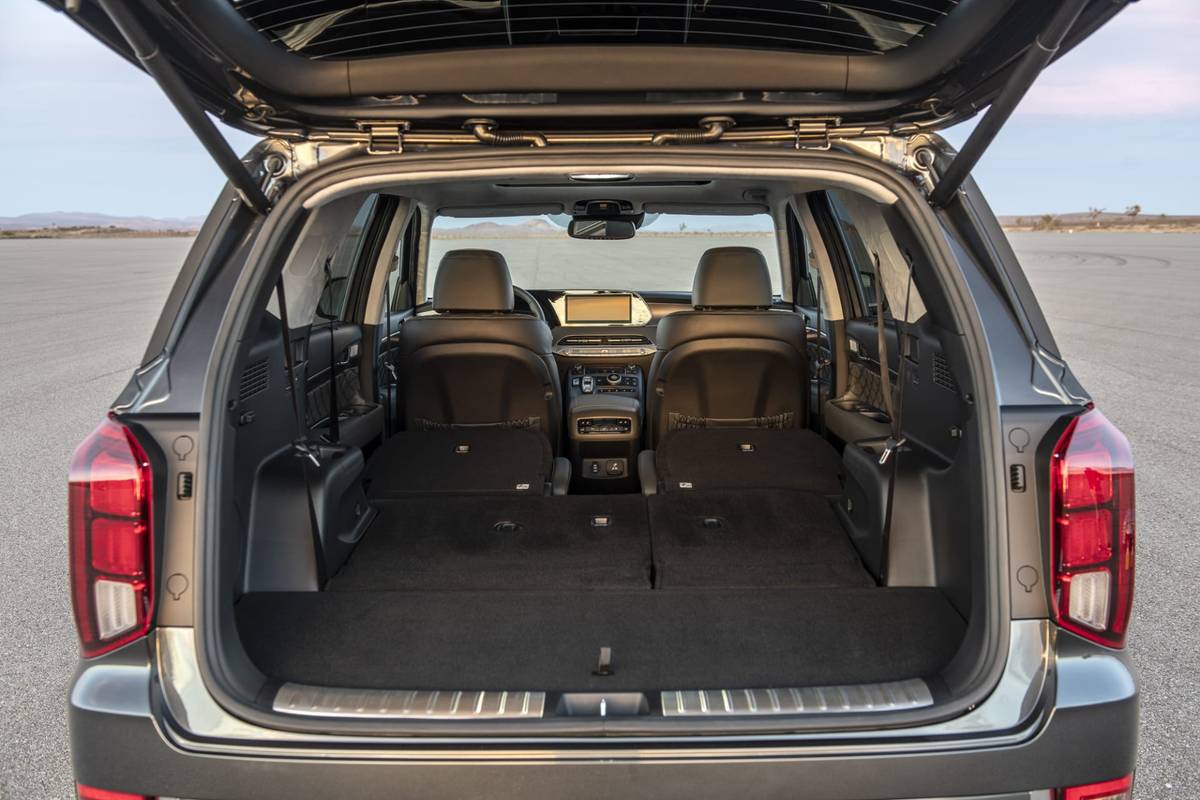 Looks like: A sleeker, more futuristic version of a … GMC Yukon

Hyundai has finally simplified its SUV lineup naming scheme thanks to the unveiling today of the new 2020 Hyundai Palisade at the 2018 Los Angeles Auto Show. For a while, you could get a Santa Fe and a smaller Santa Fe Sport … then the standard Santa Fe became the smaller vehicle, while the Santa Fe XL became the larger one. Now, the standard Santa Fe is a five-seat, two-row SUV, and the bigger eight-passenger model abandons New Mexico for the California coast, and will now be known as the Palisade.

Built on an all-new SUV platform (which you’re likely to also see form the basis for the upcoming Kia Telluride), it will be built in South Korea and imported to the U.S. beginning in the summer of 2019.

On the outside, Hyundai takes a page from the latest sleek Santa Fe styling book and makes it a little bit bigger and bolder. A dramatic front end with vivid LED running lights (the headlights are actually the smaller units low on the bumper area) is highly distinctive, while the floating roof look recalls GMC’s latest styling. In fact, with its flush door and window forms, big proportions and distinctive beltline, it could easily pass for a next-generation GMC Yukon. LED headlights are optional, while LED taillights are standard.

The SUV is the largest Hyundai has ever built — it’s 3 inches longer than the 2019 Santa Fe XL, 3.6 inches wider, 2.4 inches taller, and has a 4-inch-longer wheelbase.

Hyundai’s latest design themes carry over to the insides, which feature a lot of clean surfaces, large buttons and high-quality materials. Standard seating is for eight people, but optional ventilated captain’s chairs for the second row can drop that to seven while adding the versatility of a walk-through passage. The second row features one-touch operation to move the seat forward and out of the way, allowing for easier third-row ingress and egress. The second row also slides fore and aft, allowing passengers to negotiate legroom when the SUV is fully occupied. A power folding option is available for the third row.

Up front, Hyundai has packed a lot of its latest technology into the Palisade. The center console houses a 10.25-inch widescreen touchscreen multimedia panel that accompanies the 12.3-inch central gauge display for a digital-dash look reminiscent of the latest Mercedes-Benz models. A head-up display is optional. Storage abounds up front thanks to a shift-by-wire transmission selector that frees up a lot of room under the center console tunnel. There are seven USB outlets, one for each passenger, located throughout the vehicle, while 16 cupholders will ensure everyone is able to stay well-hydrated.

There’s a lot of unique content debuting in the Palisade, as well, such as a roof-mounted climate-control diffuser system that helps to heat and cool all three rows without generating undue winds. It can create a focused, partially diffused or fully diffused flow of air to rear passengers, but is designed to improve quietness and draft-free operation.

There’s also a new Driver Talk in-car intercom system that uses the Palisade’s audio system to allow the driver to communicate easily with the second- and third-row passengers. That system also incorporates a new Rear Sleep Mode, which only activates the front-row speakers, allowing backseat passengers their silent tranquility.

Powering the new Palisade is a big 3.8-liter V-6 Atkinson-cycle engine, making 291 horsepower and 262 pounds-feet of torque. That’s the most standard horsepower of any three-row SUV in the class, according to Hyundai. It’s mated to an eight-speed automatic transmission driving the front wheels, with all-wheel drive an extra-cost option. Remote start will be available via a key fob or Hyundai’s Blue Link smartphone app. Wheel sizes start at 18-inch units as standard, with 20-inch styles available. Hyundai claims that extensive use of aluminum in the suspension has resulted in better unsprung weight and improved responsiveness, while body stiffness has also been improved, even in versions with the panoramic sunroof.

As with most of the modern Hyundai lineup, the Palisade offers up a lot of the latest safety technologies as standard equipment. The list includes forward collision alert with automatic emergency braking and pedestrian detection, blind spot warning, lane keep assist, rear cross-traffic alert, automatic high beams, a driver attention warning and adaptive cruise control with stop-and-go. Something new from Hyundai that debuted on the current Santa Fe is the standard Safe Exit Assist function, which will prevent the rear doors from unlocking and opening if it detects an oncoming vehicle on that side of the Palisade.

Look for the new Hyundai Palisade to grace U.S. showrooms in the summer of 2019.