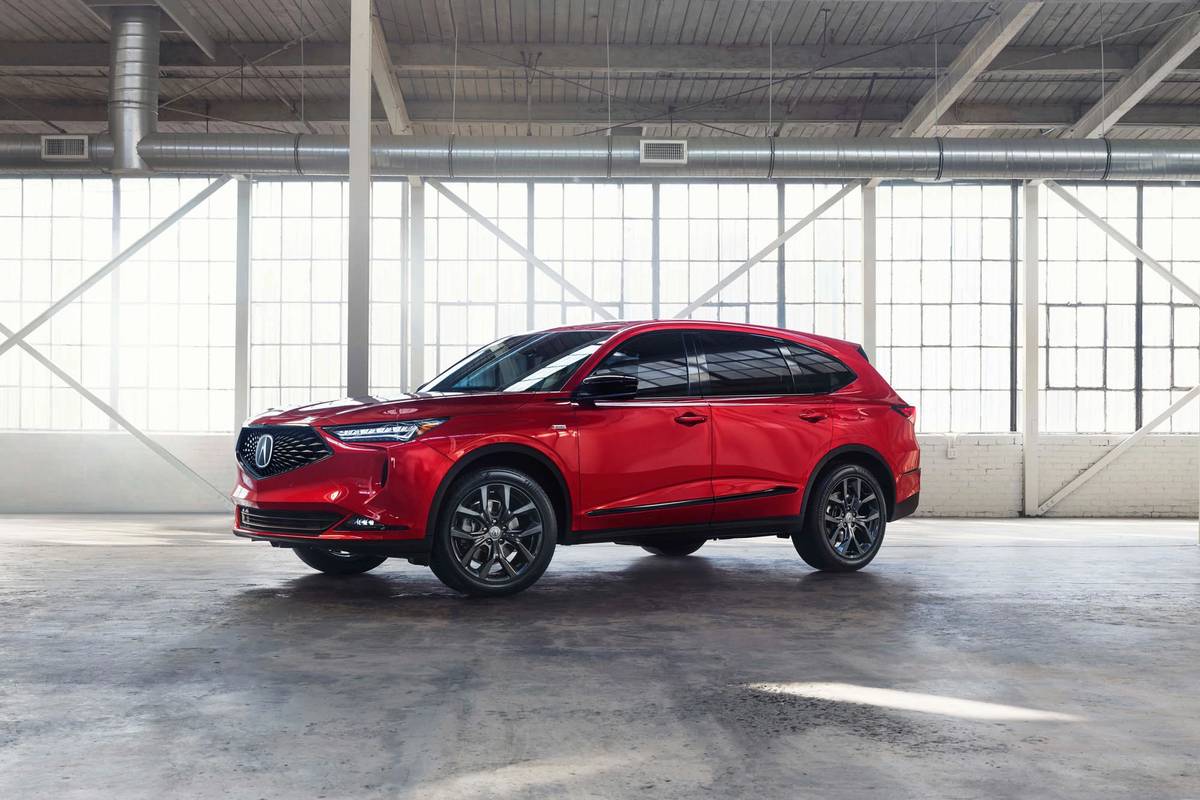 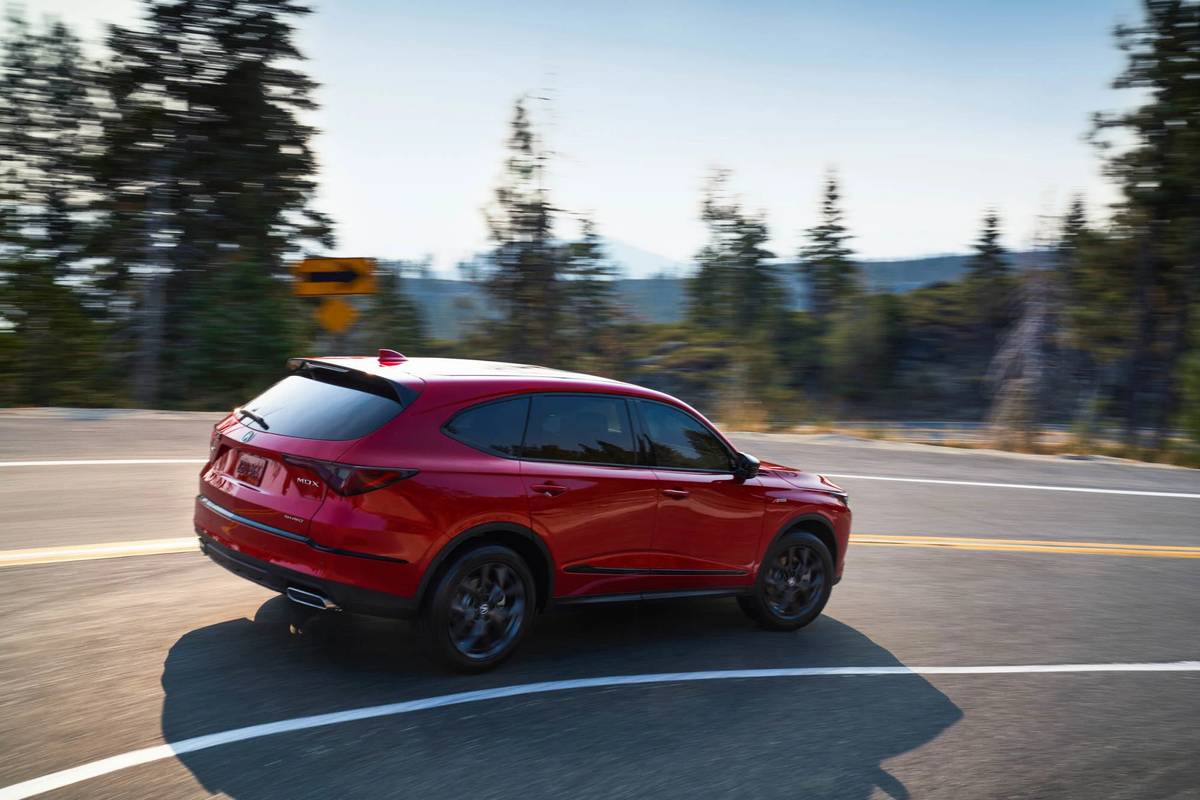 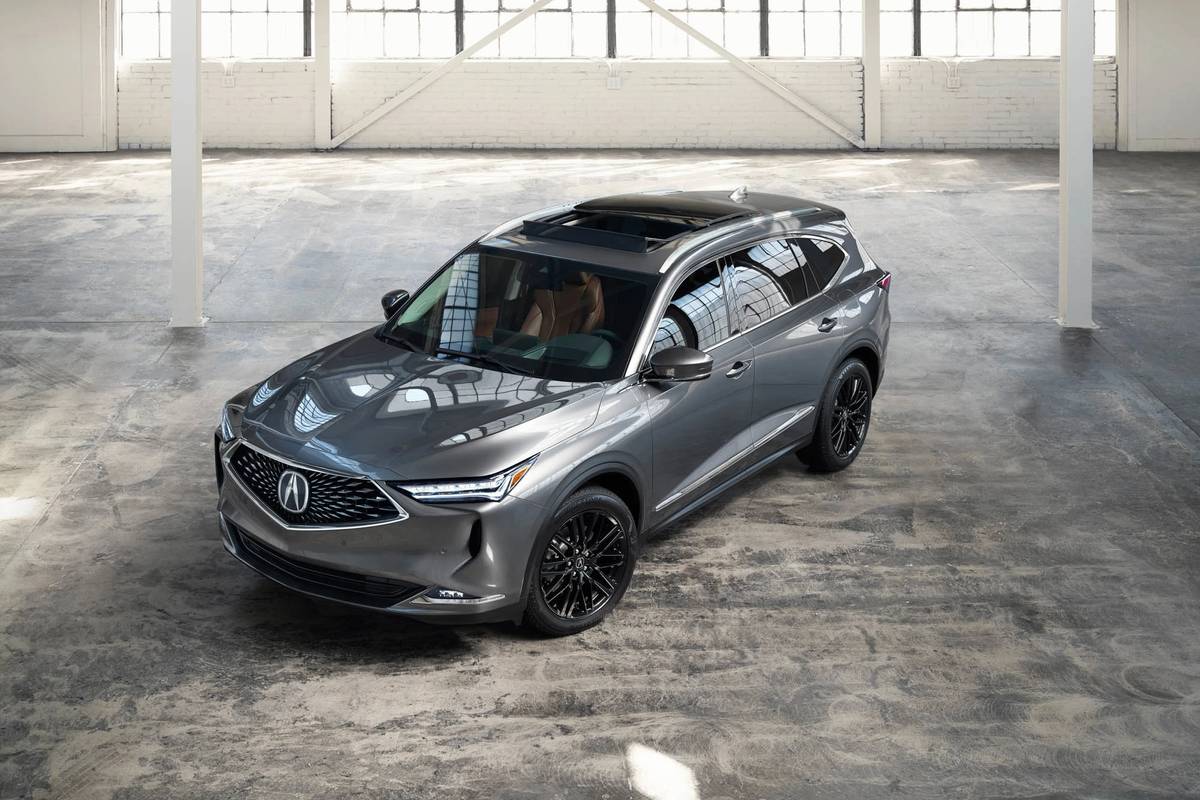 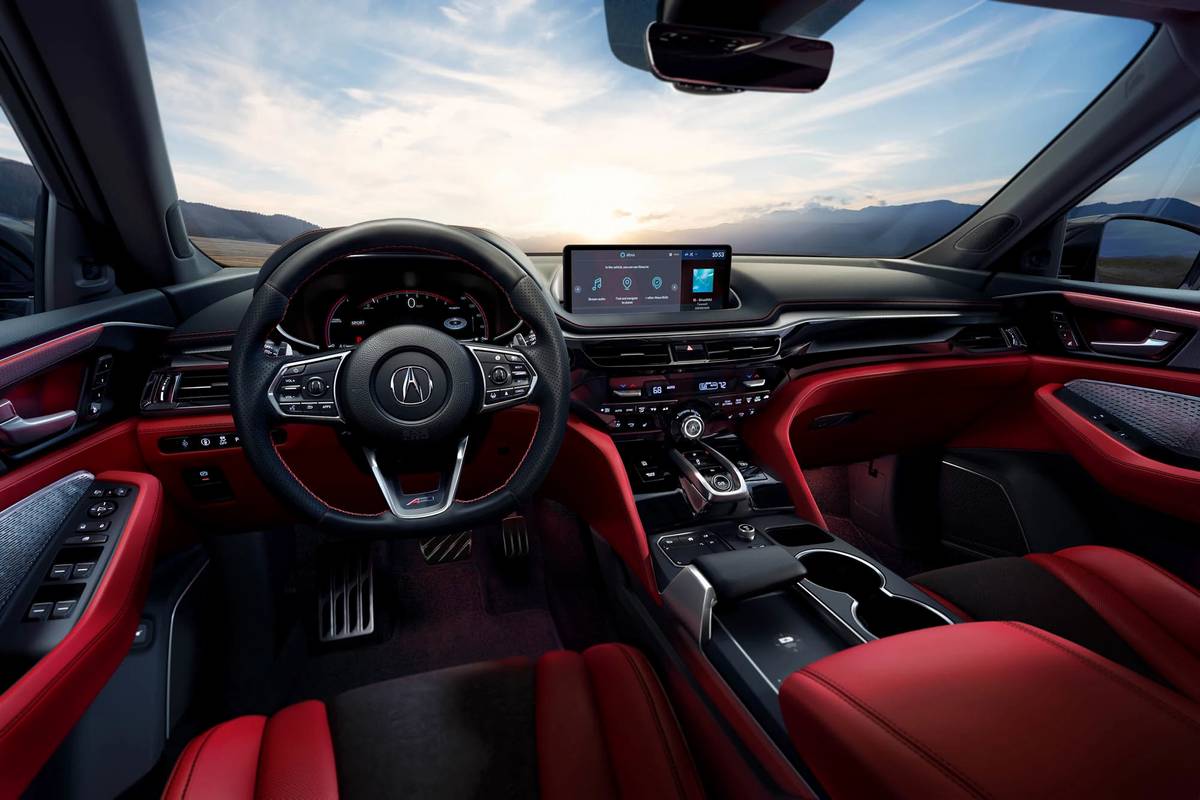 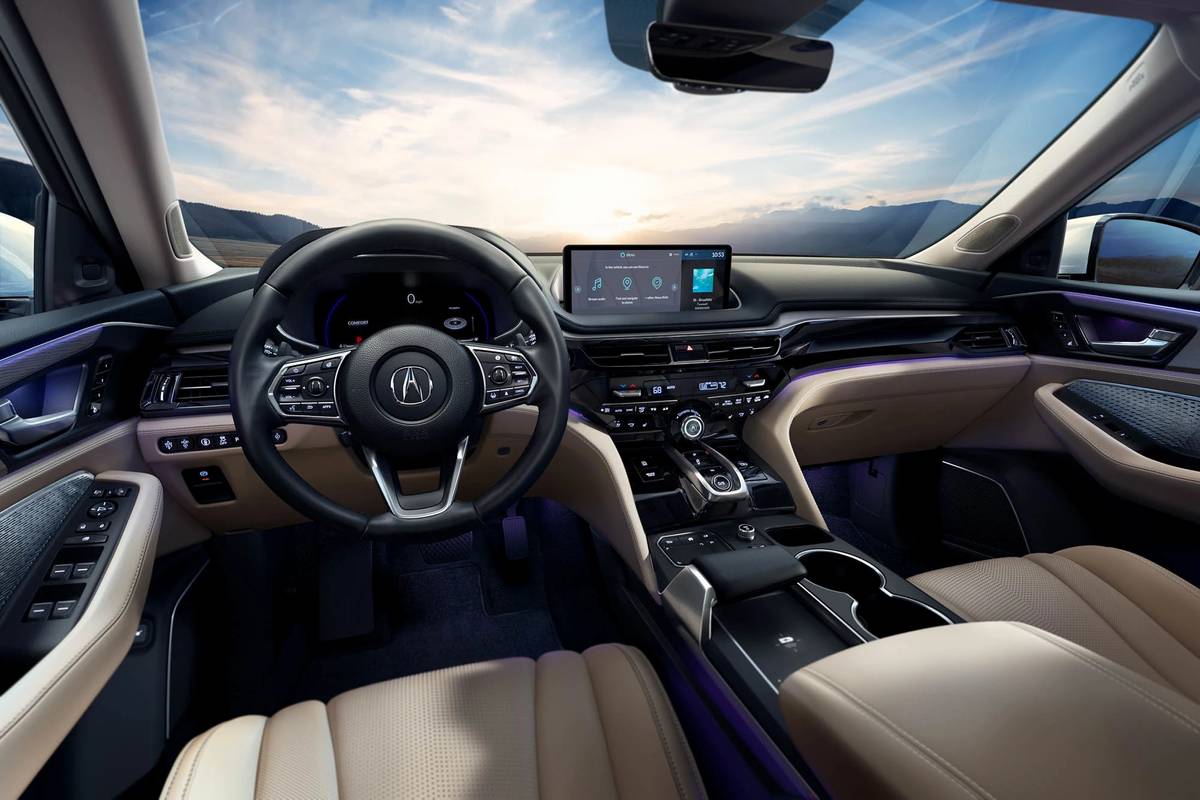 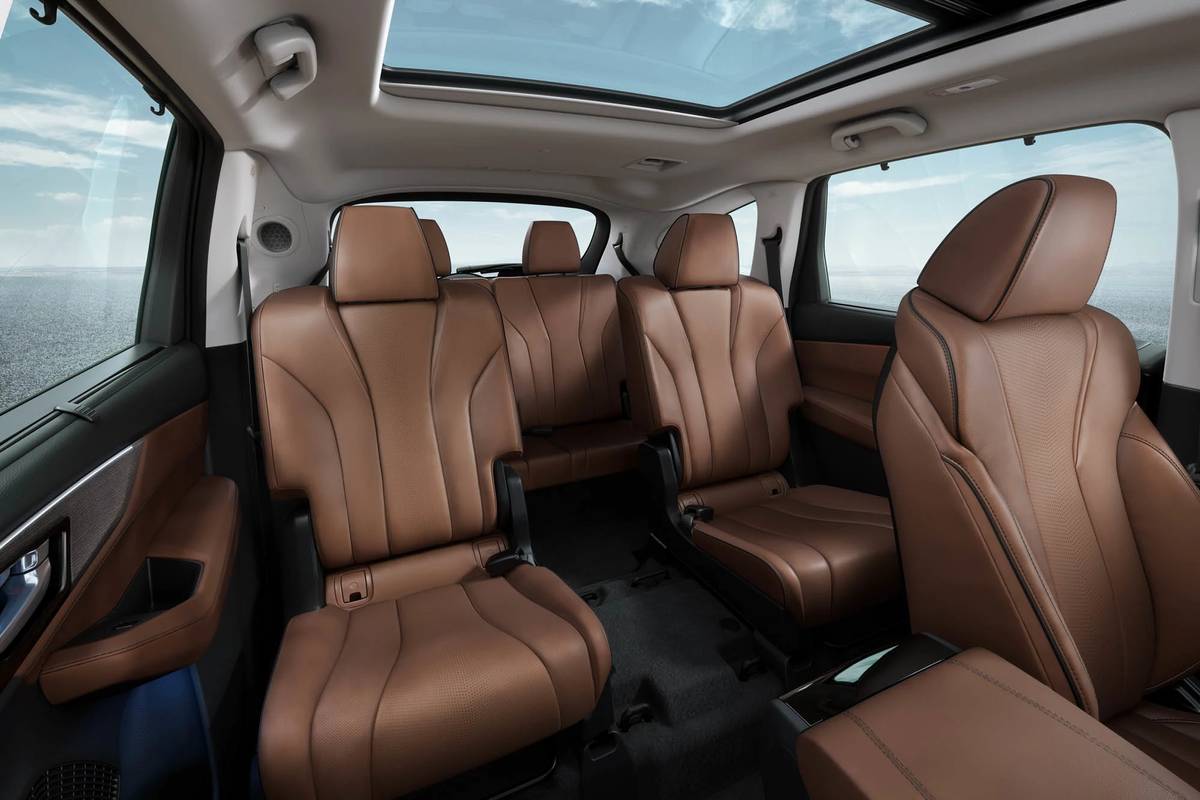 Acura took the covers off the next generation of its MDX SUV in October, but it added an asterisk: That model was a “prototype.” As such things usually go with Honda and its Acura luxury division, the MDX Prototype was pretty close to the production three-row SUV unveiled today. The automaker also released pricing as well as details that make the 2022 MDX both more and less appealing than its predecessor. Additional standard safety features go in the more column, while lower EPA-estimated mileage lands in the less column.

What do you get for the extra cost? A lot. The 2022 Acura MDX rides a new platform with aggressive fresh styling, upgraded interior materials and some additional safety and tech features. Honda’s luxury brand calls it “the most premium and performance-focused MDX in Acura history.” Check out our coverage here.

Along with showing off the production MDX and revealing pricing, Acura also released more details about the regular version’s equipment, as well as the Type S model that’ll join the lineup after the regular MDX goes on sale.

New optional safety features include a front and rear automatic braking system called Low Speed Braking Control, which is included in the Technology Package. It uses sonar-based parking sensors to sense solid objects at low speeds and then warns the driver or apply the brakes.

Also new is the MDX Type S, which gets a turbocharged 3.0-liter V-6 good for an estimated 355 horsepower and 354 pounds-feet of torque; Acura’s Super Handling All-Wheel Drive system is standard.

The regular version of the 2022 MDX uses a version of last year’s 290-hp, 3.5-liter V-6, which pairs with a 10-speed automatic transmission for 2022 instead of the previous nine-speed.

Acura estimates that the 2022 MDX in front-drive trim will get an EPA-estimated rating of 19/26/22 mpg city/highway/combined, which is not good news: Those numbers are slightly lower than the current gen’s 20/27/23 mpg EPA ratings. Also puzzling is the future of the MDX Hybrid, with no word yet on its return.