Looks like: The Yaris iA got a few more luxury features — and a name people can understand

In the span of a long weekend, Toyota has jettisoned two vestiges of its bygone Scion division. Four days after announcing its rechristening of the Corolla iM as the Corolla hatchback, the automaker has officially scuttled the Yaris iA nameplate for a designation of similar prudence: the 2019 Yaris sedan.

Shoppers should find both designations more intuitive, something the Corolla iM and Yaris iA — renamed carryovers on the Scion iM and Scion iA, respectively — were not. But unlike the compact Corolla hatchback, which was a full redesign on the iM, the subcompact Yaris sedan is only a refresh on the current-generation iA.

It now comes in three trim levels (L, LE and XLE) instead of the previous one-size-fits-all trim level, and top variants sport premium features previously unavailable. The Yaris sedan joins the four-door Yaris hatchback — a separate car that Toyota updated a year ago — to anchor the bottom of Toyota’s lineup. The Yaris sedan goes on sale in the fall of 2018.

Little has changed on the styling front for the Yaris sedan, which some found a bit hard on the eyes in iA form. The conjoined bumper openings and frowning expression remain, though Toyota added a honeycomb insert and silver lower trim. The headlights have a carryover shape but more intricate projectors inside, at least for the trim in press photos. LE and XLE trim levels have foglights and mirror-integrated turn signals, while XLE models have LED headlights. L models feature 15-inch steel wheels; LE and XLE trims get 16-inch alloys.

The Yaris iA’s interior mixes interesting design with upscale trim in certain areas — both unexpected in a class that cultivates unremarkable, low-budget cabins. A 7-inch touchscreen remains standard for 2019. XLE trims now have a leather-wrapped steering wheel and shifter, rain-sensing wipers, leatherette (vinyl) seats and single-zone automatic climate control — all features previously unavailable in the Yaris iA. As with much of Toyota’s lineup, Apple CarPlay and Android Auto are not available, but the Yaris sedan also doesn’t have a moonroof option as several competitors do.

A 1.5-liter four-cylinder makes 106 horsepower and 103 pounds-feet of torque; it drives the front wheels through a six-speed manual or six-speed automatic transmission. Official EPA estimates are forthcoming, but Toyota targets the same 35 mpg as before in the agency’s combined cycles; that’s impressive for this group. Not much else has changed as drivetrains carry over, but the Yaris iA was already fun in its own right, as it shares roots with the not-for-U.S. Mazda2 — a platform that made for a nimbler driving experience than the larger Corolla iM offered.

A low-speed forward collision warning system with automatic emergency braking is standard. So is a backup camera, as regulators require for all 2019 model-year passenger cars. Rear disc brakes, a feature some competitors offer, are unavailable. 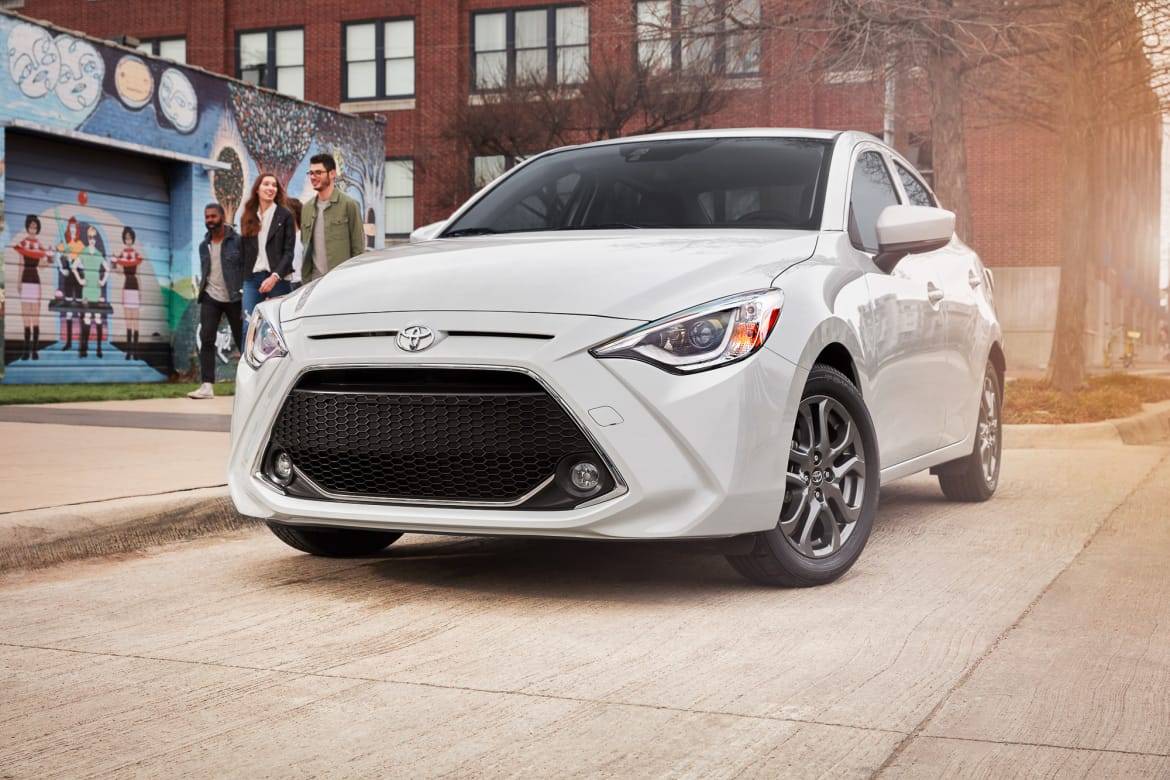 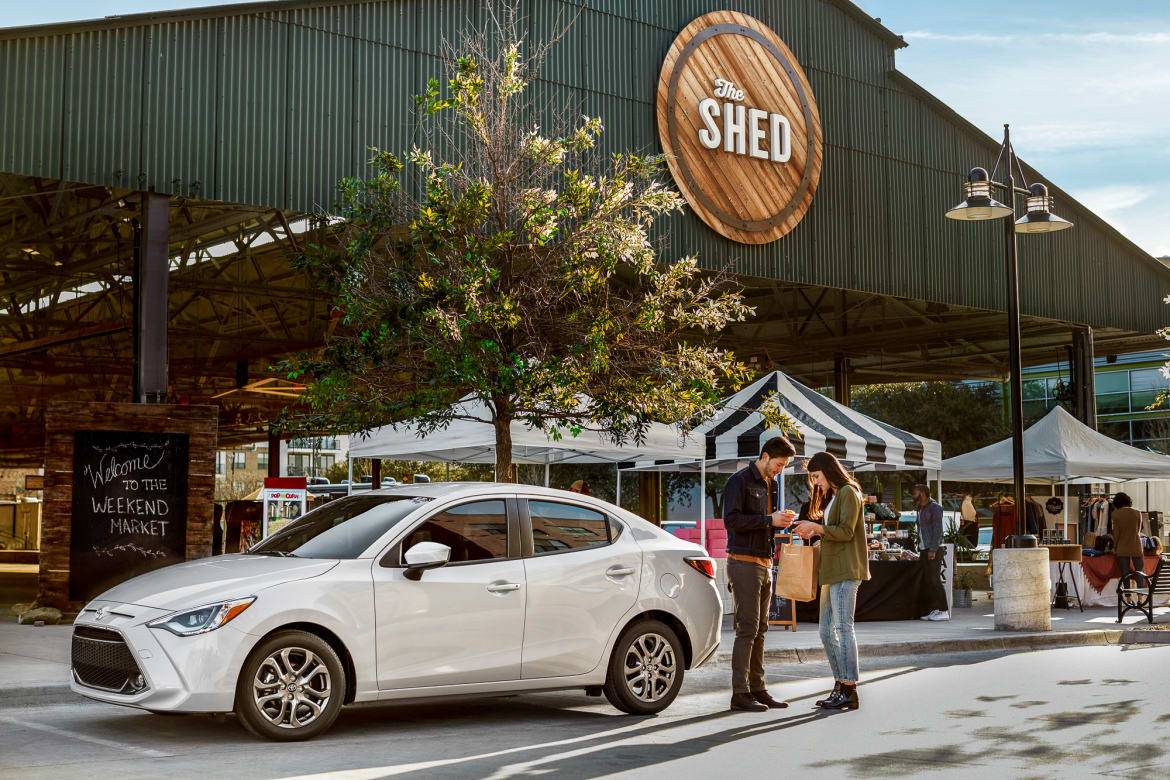 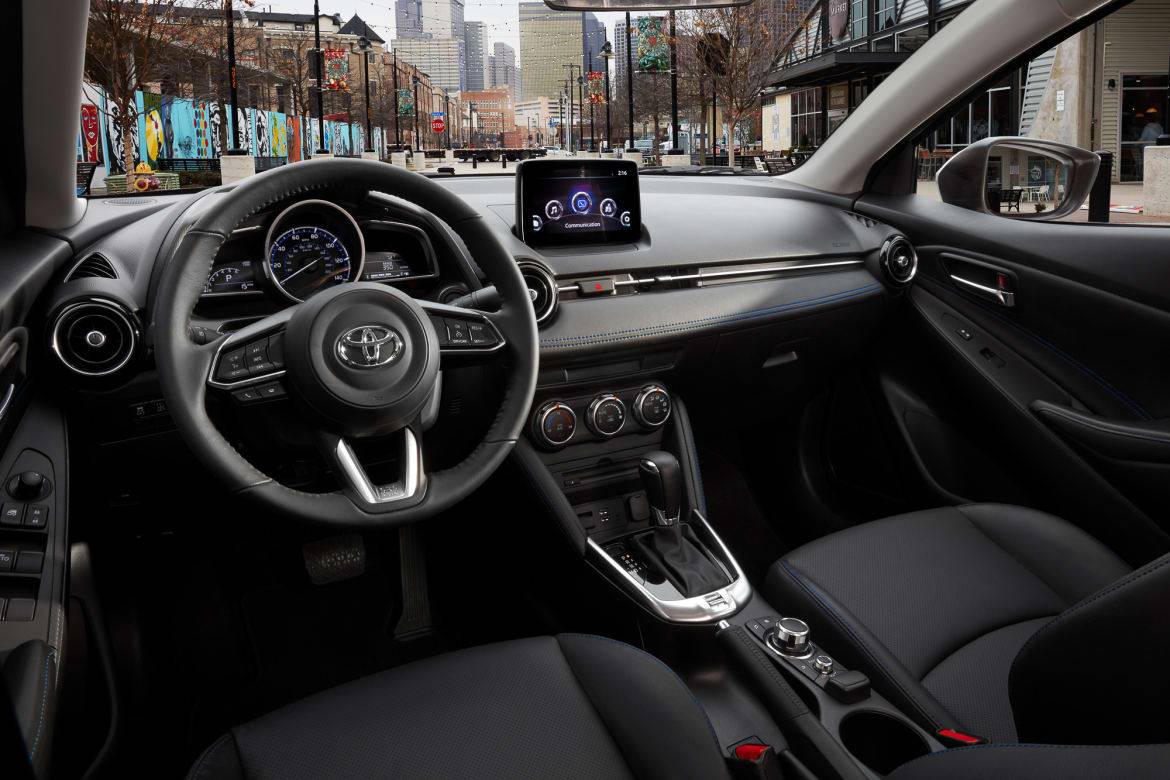 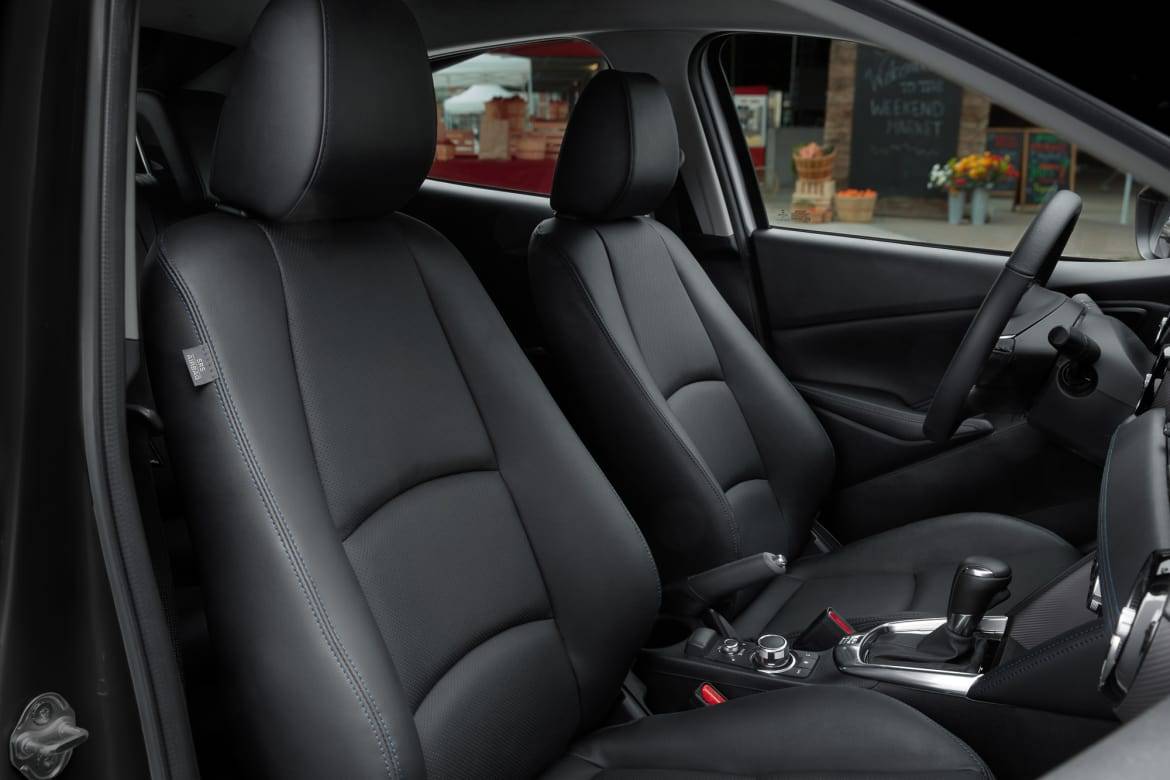 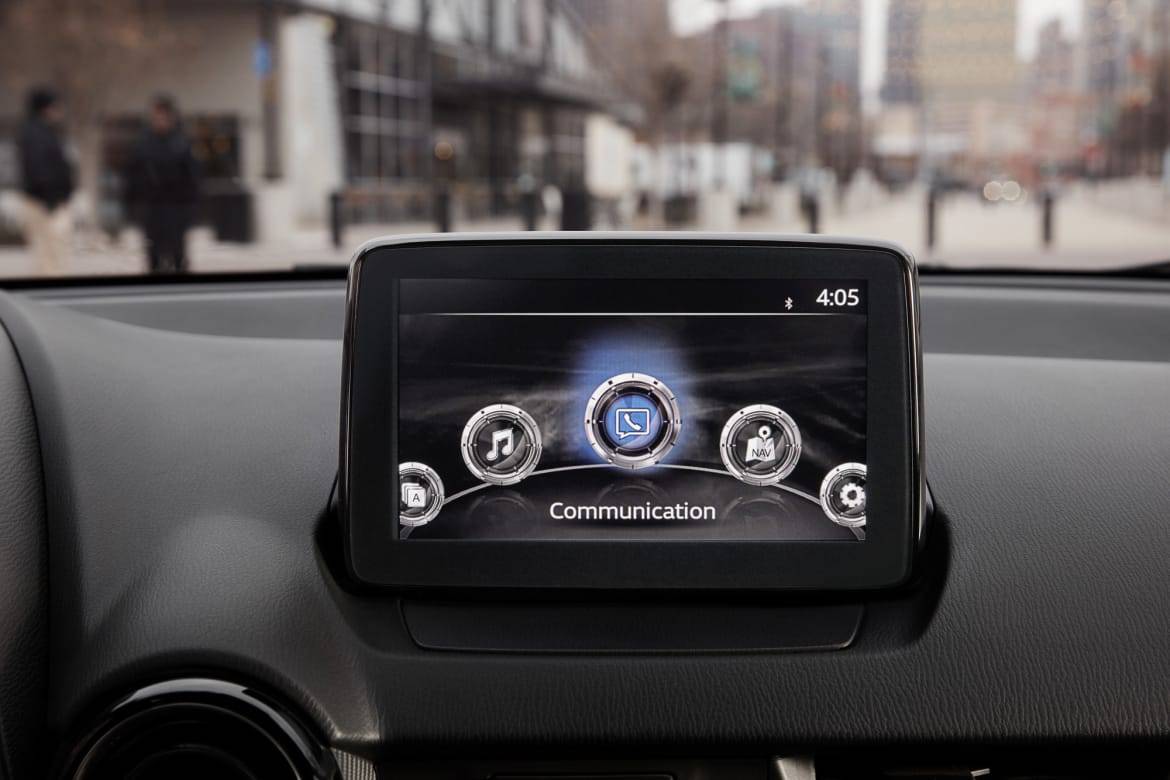 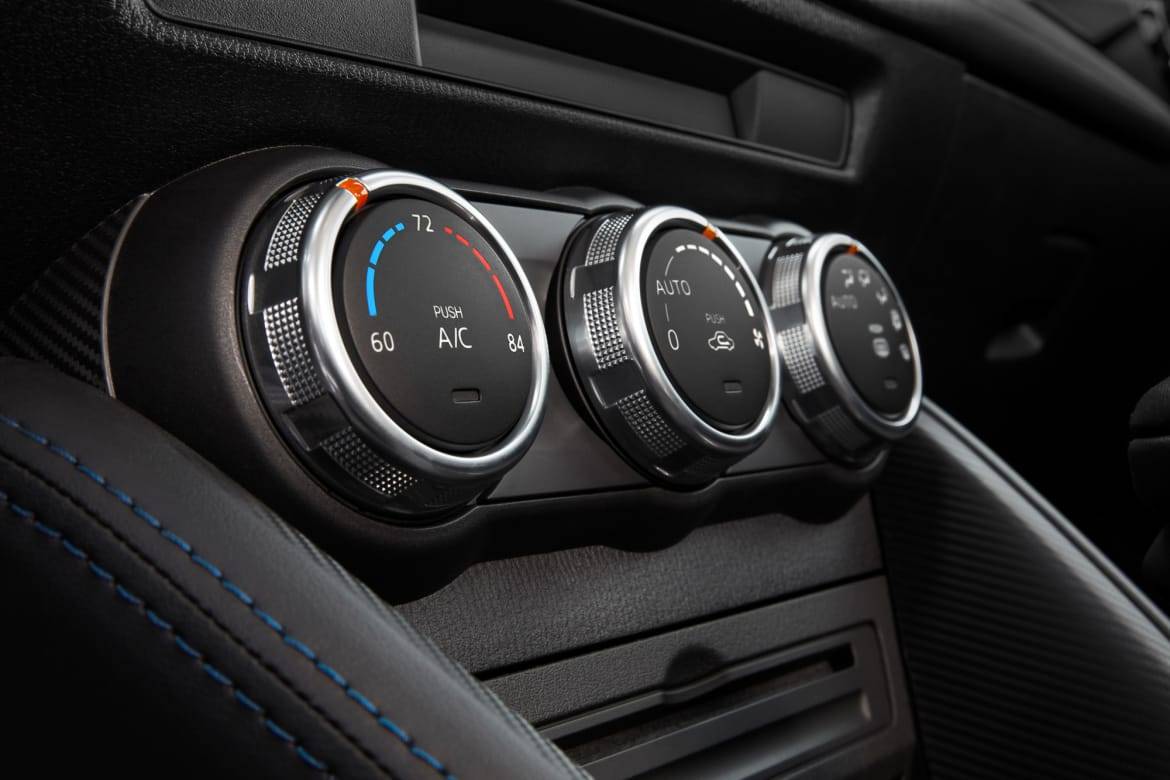 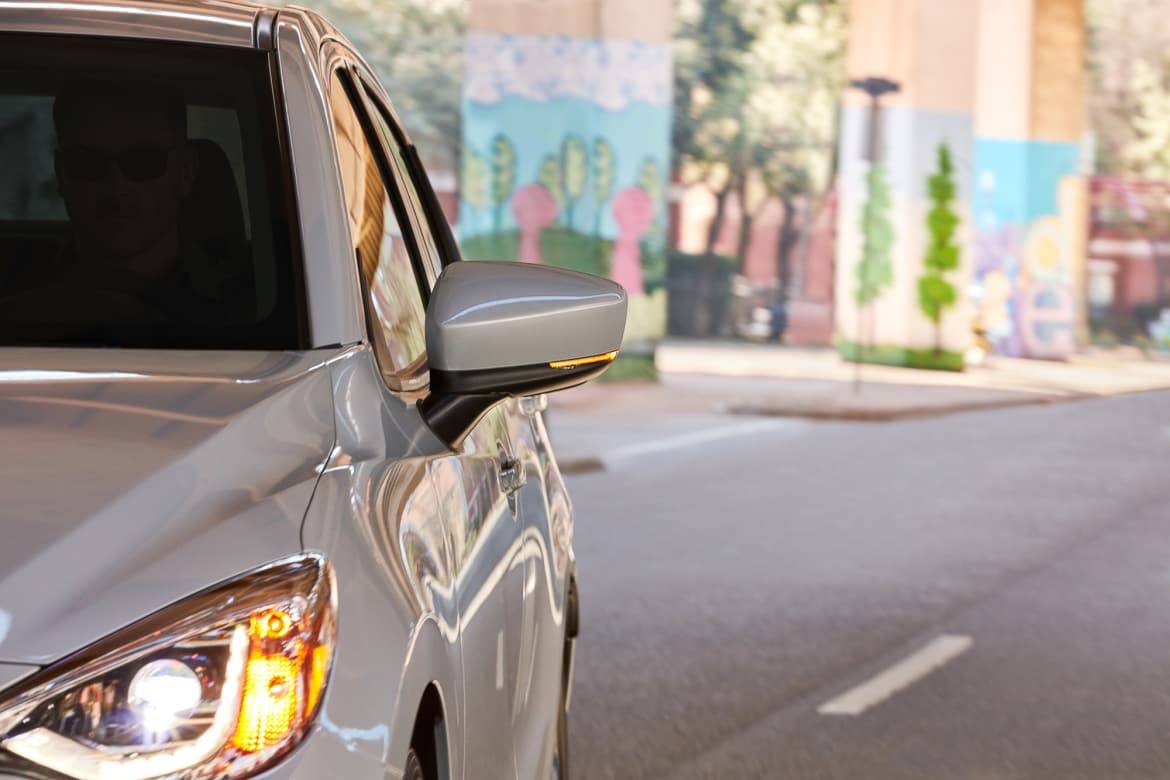 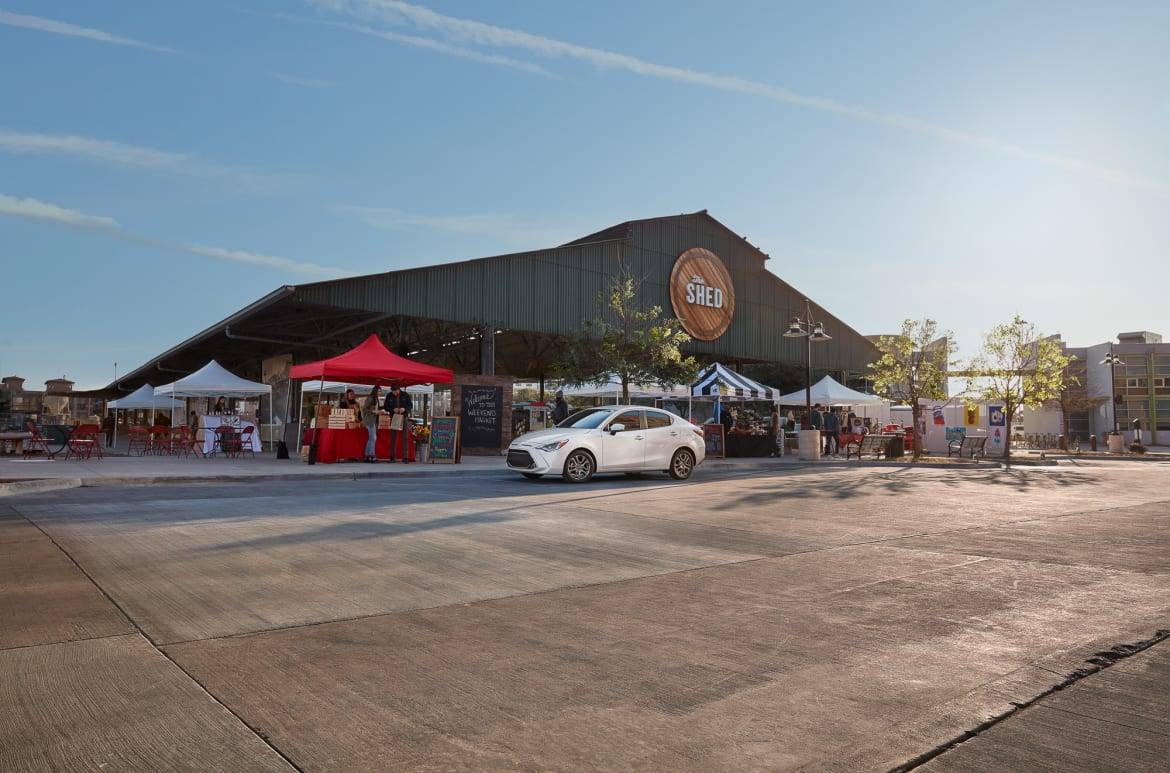 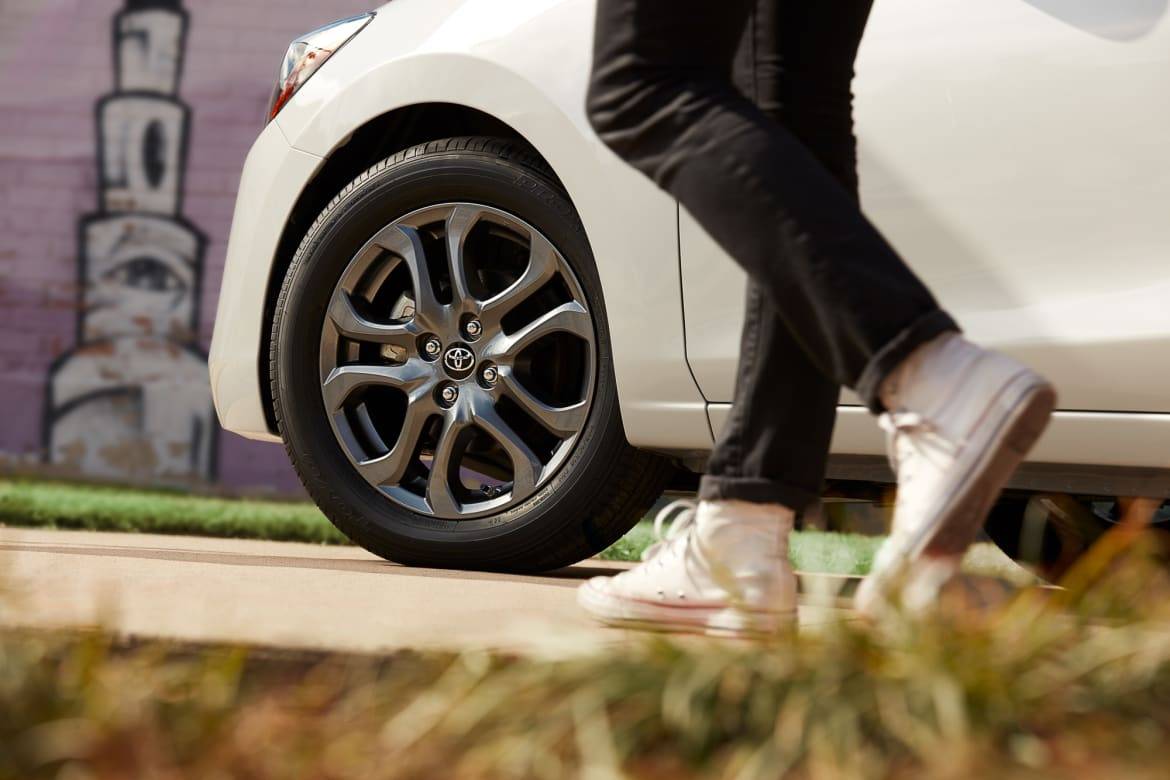