Competes with: Volkswagen Golf and hatchback versions of the Honda Civic, Mazda3 and nearly half a dozen others

Looks like: The Toyota Auris revealed at the 2018 Geneva auto show

U.S. shoppers probably ignored Toyota’s recent unveil of the redesigned Auris hatchback at the 2018 Geneva International Motor Show, as the nameplate doesn’t appear in showrooms stateside. But the car itself does, most recently in the form of the Scion-turned-Corolla iM, a hatchback based on the outgoing Auris. Weeks after the Auris debut, a new Corolla variant shares plenty with its Geneva sibling but has a name that’s quizzical no more. Witness the all-new 2019 Corolla Hatchback — a nameplate that should leave nobody guessing what the heck it is.

Longer, wider and lower than the iM it replaces, the Corolla hatchback rides a new, separate platform from the current Corolla sedan. It comes in SE and XSE trim levels, both with a sport-tuned suspension and a new, larger four-cylinder engine versus the iM.

On sale this summer, the Corolla hatchback competes in a crowded class of compact hatchbacks, from the Volkswagen Golf and Hyundai Elantra GT to liftgate versions of the Chevrolet Cruze, Ford Focus, Honda Civic, Kia Forte, Hyundai Elantra and Subaru Impreza. Shoppers, fire up those spreadsheets!

Built off of Toyota’s new global architecture, the Corolla hatchback shares the Auris’ frowning maw, which envelops the face from mid-bumper down. At least a section of body-colored lower trim frames the whole thing. That’s unlike the Corolla sedan, whose black lower bumper lends its opening a Darth Vader-like endlessness. Toyota cites an “Under Priority Catamaran” design philosophy on the Corolla hatchback — easily the most head-scratching of several design motifs.

The grille itself is a tidy horizontal unit, wedged between LED-piped headlights that extend well into the middle of the nose. In back, swooshy taillights border a dramatically raked rear window; lower bumper cutouts frame dual tailpipes. Versus the Corolla iM, the 2019 Corolla hatchback is about an inch lower and wider; length and wheelbase are up 1.5 inches apiece. Sixteen-inch wheels are standard; optional, larger wheels go up to 18 inches.

Inside, the Corolla perches a standard 8-inch touchscreen atop a dashboard heavy on overlapping horizontal themes. Many areas have contrast stitching, with width-spanning brightwork that hooks interestingly around the outboard air vents. The center controls occupy a small chunk of space around the center air vents, with a storage tray and optional smartphone charging below.

An embedded navigation system with JBL premium audio is optional on the XSE.

A new, 2.0-liter four-cylinder with direct and port injection replaces the Corolla iM’s 1.8-liter port-injected unit. Horsepower and torque are still pending. Toyota offers a hybrid drivetrain on the Auris, but it won’t be available here, at least at launch.

Transmission choices are a six-speed manual or continuously variable automatic, the latter purportedly all-new versus the Corolla iM’s CVT. Among its differences are a “launch gear” — in essence a fixed gear ratio when starting out to eliminate some of the rubber-band nonlinearity associated with CVTs. The six-speed manual, meanwhile, offers automatic downshift rev-matching.

The suspension has sport tuning and retains the iM’s independent rear setup — a theoretical advantage over the semi-independent rear suspensions in many compact cars. Deeming the redesign a “driver’s hatchback,” Toyota cites big improvements to rigidity and responsiveness, but we’ll have to drive this to see whether such differences improve on its mild-mannered predecessor.

The Corolla hatchback heralds a new generation of Toyota Safety Sense crash-avoidance technologies, which include forward collision warning with automatic emergency braking, automatic high-beam headlights and, on cars with automatic transmissions, full-speed adaptive cruise control. Also standard is new lane-centering steering, which can center the car in its lane — not just pinball you off the markings — by reading markings or, in some situations, the car ahead. It isn’t a hands-free system, however.

XSE models with the automatic transmission have adaptive headlights.

2021 Toyota Corolla Apex Edition: 4 Things We Like and 4 Things We Don’t
More From Cars.com 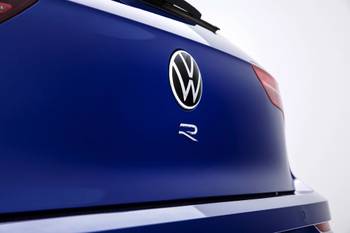