Cars.com is celebrating its 20th birthday in 2018, so our editors reflected on two decades of new-car coverage to pick 20 favorites. Some of these are the cars whose pictures you’ll see hanging in our office cubicles — or that have been on a computer desktop so long, we’ve clearly forgotten how to change the desktop wallpaper.

The favorites below are mostly different from Cars.com’s annual Best Of winners, which are, by design, usually more practical (though all nine remain great recommendations). Some on the following list may not be a great value, perform well in crash tests or be of particularly high quality in some regards, but they’re cars we’ll never pass up an opportunity to drive, or that caused such a commotion when new that they made lasting impressions. There isn’t one for each model year — just the 20 that stuck with us the most.

In 1998, the Toyota Supra Turbo’s run ended in the U.S., but the easily modifiable, 320-horsepower, twin-turbocharged coupe made an impact on several of our editors. For many, the obsession started after the car’s death with the Supra’s inclusion in video games, movies and early viral internet videos of highly modified ones, and it’s created huge anticipation for the winged warrior’s return. Please don’t screw it up, Toyota.

Like movies and TV shows, not all retired car models deserve a reboot, but the 1998 VW New Beetle was a mega-hit for all the right reasons. It played upon nostalgic love for the old Beetle, but it succeeded on the strength of its Golf underpinnings, larger size and, in time, a convertible, just like the original. The appeal didn’t last forever, but this original generation also proved an unlikely refuge for tall and large drivers with its high dome, large doors and height-adjustable seats ahead of the curve. Many reboots have followed, few as well-advised and -executed as the ’98 Beetle. — Joe Wiesenfelder, executive editor

We’re not trying to pack this list with cars we drove early that caught our attention, but I have to point out that I might as well have been piloting a spaceship down the street when I first drove the TT. That’s how different it looked, and it went on to be one of the most influential designs of the modern automotive era. The interior’s attention to detail and dipped-ring motif were equally compelling, and I still think the car’s performance was underrated. Like its New Beetle cousin, later generations were never as special. — JW

Even at a time when manual transmissions weren’t disappearing, it was something special for the BMW M5’s only transmission to be a six-speed manual — a 394-hp, naturally aspirated V-8 with manual transmission in a mid-size luxury sedan was unheard of. BMW’s future attempts at manual-transmission M5s, like the 2013 model, proved less worship-worthy, and now there’s no manual transmission offered in the 2018 BMW M5, likely because it would be slower and less fuel-efficient.

When it seemed like almost all was lost for muscle-car fans after the Chevrolet Camaro and Pontiac Firebird kicked the bucket after 2002, Ford stepped up its game in a big way with the 390-hp, supercharged 2003 Mustang SVT Cobra. Not only was it a brute with nearly 400 hp, but its independent rear suspension (also used on the 1999-2001 Cobra) showed muscle cars can handle, too. It was still more than a decade before that style of rear suspension became standard on every Mustang.

The S2000 roadster is about as different as you can get from Honda’s current offerings, but it represented something of a high-water mark for the brand in the eyes of enthusiasts. With its high-revving four-cylinder engine, rear-wheel drive and a six-speed manual, the S2000 demanded the driver’s full attention — and the sports car’s thrilling driving experience was the best kind of reward. — Mike Hanley, senior research editor

Certain cars made the list because of the warm, fuzzy feelings we get when talking about classics like a 1968 Ford Mustang fastback, and the 2005 Ford Mustang GT hit us right in the feels. This 2005-09 generation finally got the Mustang off its ancient, rickety Fox platform and also produced one of the coolest special editions, the 2008-09 Mustang Bullitt that is most faithful to the original 1968 driven by Steve McQueen in the “Bullitt” car chase — the 2004 and 2019 Bullitts don’t quite have that same throwback styling.

When we first tested the 2008 Audi R8, it turned enough bystanders’ heads that it was distracting to the driver as well as rubberneckers on the street. Even a decade later, the original R8 remains a head-turner despite there being a newer, redesigned R8. The original was impressive because, at the time, Audi was mostly making luxury sedans before introducing the stunning R8. Its looks matched its performance, but the R8 was also a livable supercar thanks to surprising headroom, and you could even drive it in the snow (a video of which remains one of our most viewed in history.

Newer M3s are more capable sports cars in just about every way — acceleration, handling, braking — but we still have a soft spot for the V-8-powered M3. It was toss-able and light, and that eight-cylinder engine with its 8,000-plus redline made magical sounds. To understand why it’s on the list, search YouTube for “E92/E90 M3 exhaust, “and if you don’t go down a rabbit hole before looking for used M3’s on Cars.com, then we can’t be friends.

Perhaps the most faithful throwback design of them all, the 2008 Dodge Challenger joins nostalgic favorites on our list including the Mustang and Beetle. Like the Audi R8, people freaked out when we were driving this car well before they were common, and we even caught the eye of local police who pulled over our multimedia team just to get a closer look. It may be the most faithful of the modern muscle cars because it’s still markedly better in a straight line than in the twisties (how’s that for spin?). At least it’s roomy!

The Ford Flex was an SUV we always recommended when asked about minivan alternatives, but few people took us seriously. Its polarizing styling was hit or miss with buyers, and to many, the “hearse” or “giant Mini Cooper” was too weird. We thought it was flat-out cool for such a practical pick — cool and practical rarely intersect — especially when the 355-hp, twin-turbocharged EcoBoost V-6 was added in 2010.

The off-road F-150 SVT Raptor with the 6.2-liter V-8 spawned from the ashes of the supercharged 1999-2004 Ford SVT Lightning but went in a very different direction — like the opposite direction, toward sand and dirt. The Raptor’s high-speed off-road prowess was unlike anything we’d driven from the factory at the time, and it continues to impress in its second generation.

Unlike the Honda Civic Type R, which was a performance car that missed out on our Best Of award, the Subaru BRZ and (at the time, Scion FR-S) nabbed the award because it filled a hole that had long been unoccupied. It was a small, rear-wheel-drive coupe with a manual transmission and a lively chassis. Its tires were too small, which made it a blast to slide around, and the manual transmission was so good we still use it as a benchmark for other manual shifters.

Essentially a four-door Camaro, the Chevrolet SS was saddled with a weird name and subtle styling, but it drove with much more excitement than its styling or name exuded. It was introduced as a 2014 model, but the car really got interesting in 2015 with an optional manual transmission and standard magnetic shock absorbers — and like fine wine, it aged gracefully in 2016 with multiple exhaust modes and sharper front styling. RIP, SS.

By 2015, V-6 Dodge Challengers had infiltrated rental lots in gross quantities and the car was feeling stale … That is, until Dodge went bats**t crazy and dropped in 200-plus more horsepower than the previously most powerful engine provided. And to top it off, the tires didn’t get any wider or stickier, so the Hellcat was a hilarious rolling burnout machine that ignited not only the tires but the inner teenager in us.

Few cars have remained as good as the Golf GTI has generation after generation, and the 2015 wowed us in winning our Cheap Speed Challenge against the Subaru WRX, Ford Fiesta ST and more. The GTI has always been a lovable little hatchback, and with its roominess, quality, sophistication and performance, the 2015 model punched above its weight to make it the easiest recommendation for anyone wanting inexpensive driving fun.

The redesigned 2016 XC90 arrived with a thunderbolt from its “Thor’s hammer” headlights and signified Volvo’s return after some years of uncertainty following its acquisition by Chinese company Geely. It looked drastically different from the Volvo SUVs that preceded it, with sleek styling and an interior worthy of a luxury flagship. We liked it so much that it won our Best of 2016 award; then we bought one and put over 20,000 miles on it in just one year. That’s true love. — Brian Wong, Los Angeles bureau chief

Seemingly at a disadvantage with “only” front-wheel drive, the 2018 Honda Civic Type R blew our minds on the track by laying down power with the effortlessness of all-wheel-drive competitors. The Civic Type R was a finalist for our Best of 2018, and while it was surely the car that got our blood pumping hardest, it also wasn’t quite the well-rounded choice of the eventual winner, the 2018 Volkswagen Atlas. Still, if you asked any of our editors what their favorite thrill rides of 2018 were, the Civic Type R would top every list.

The Wrangler has long met the needs of a diverse group of buyers, from the serious off-roader who needs maximum rock-crawling capability to the college kid looking for a great summer ride (no roof plus no doors equals no problems). Jeep has steadily improved the SUV in recent years, but the redesigned 2018 Wrangler was a big leap forward in terms of on-road comfort and refinement, and it’s still as capable as ever off-road. If you’ve never driven one, find a way — we never skip an opportunity to get behind the wheel of a Wrangler. — MH 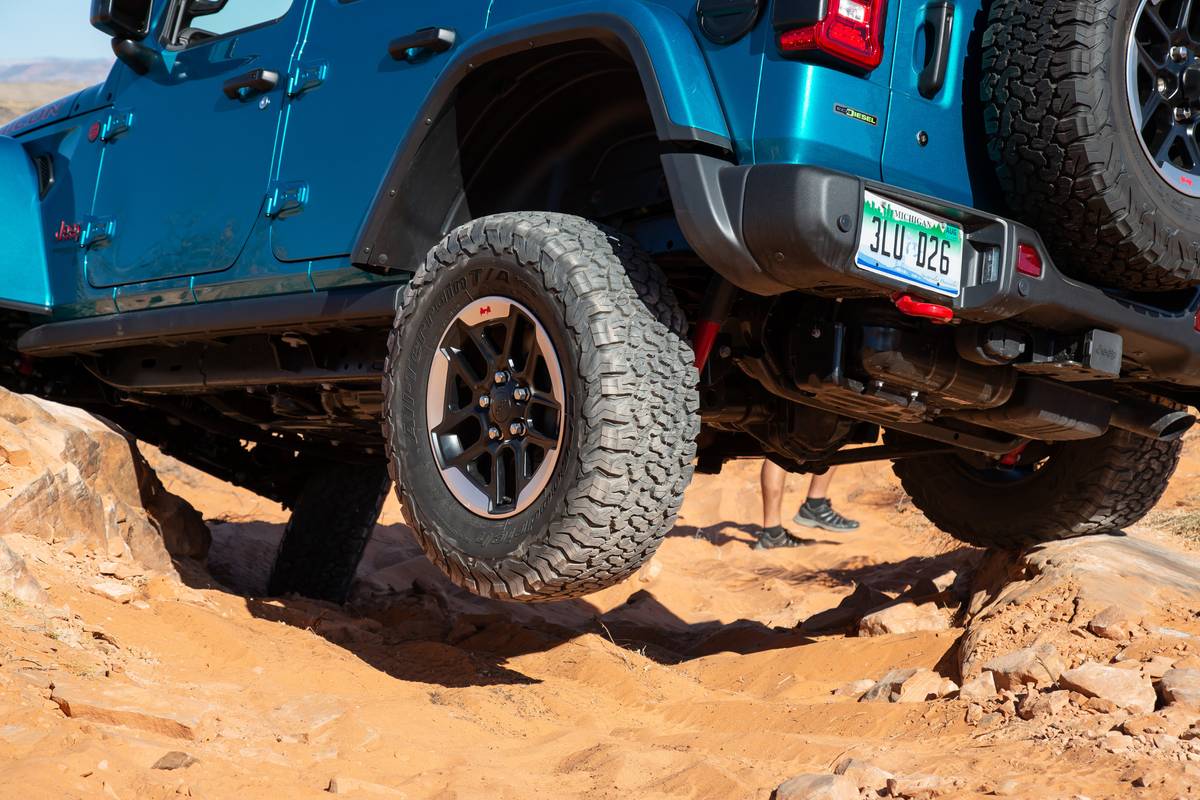 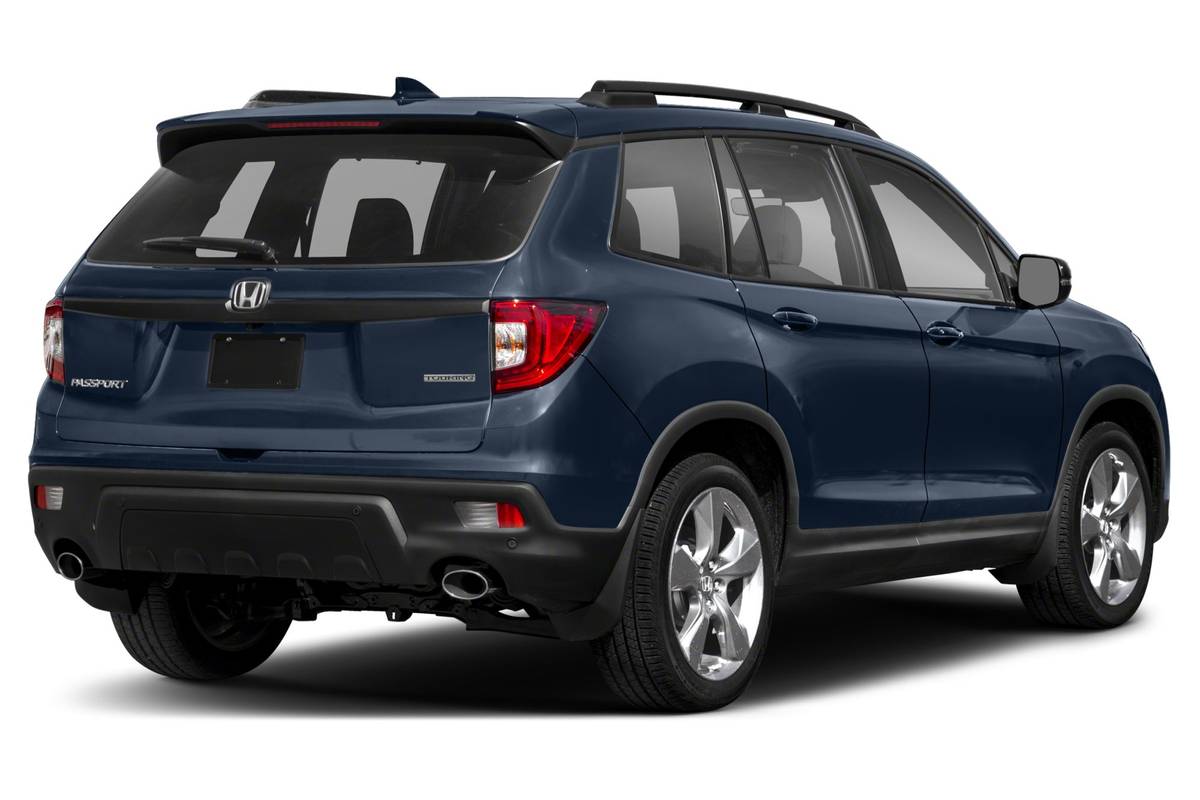 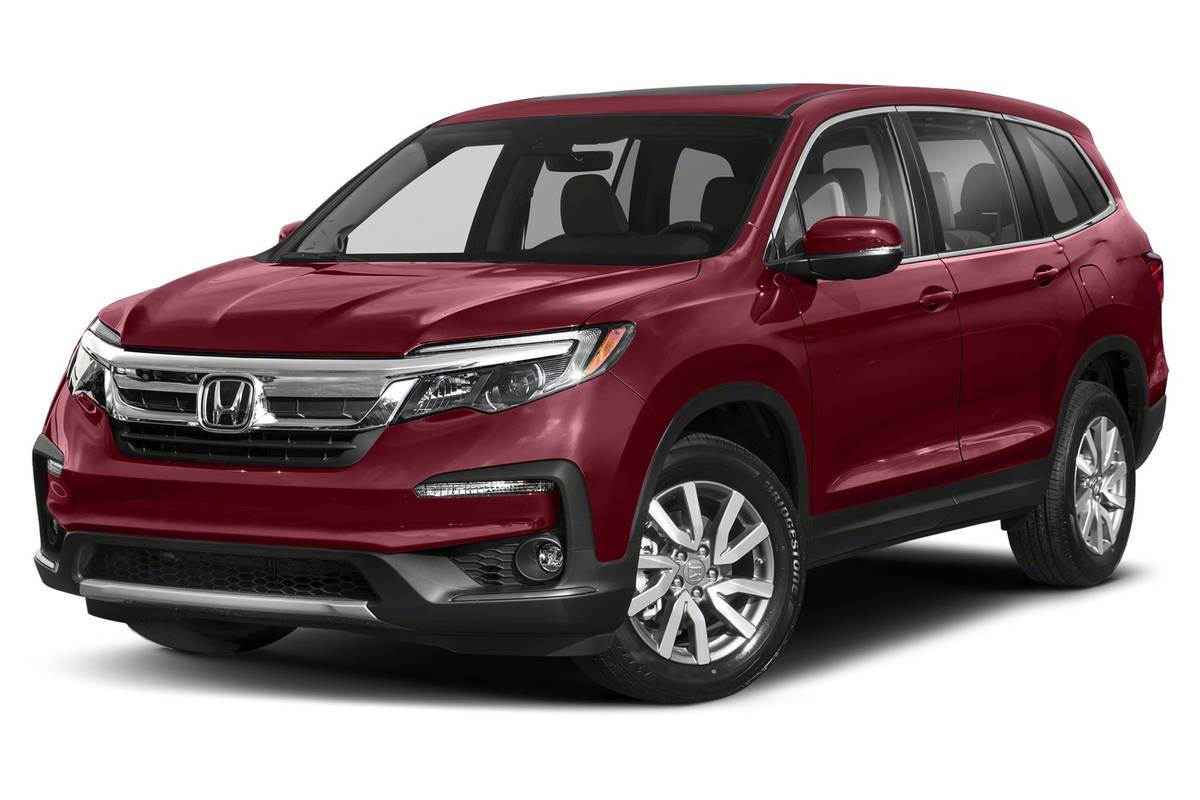 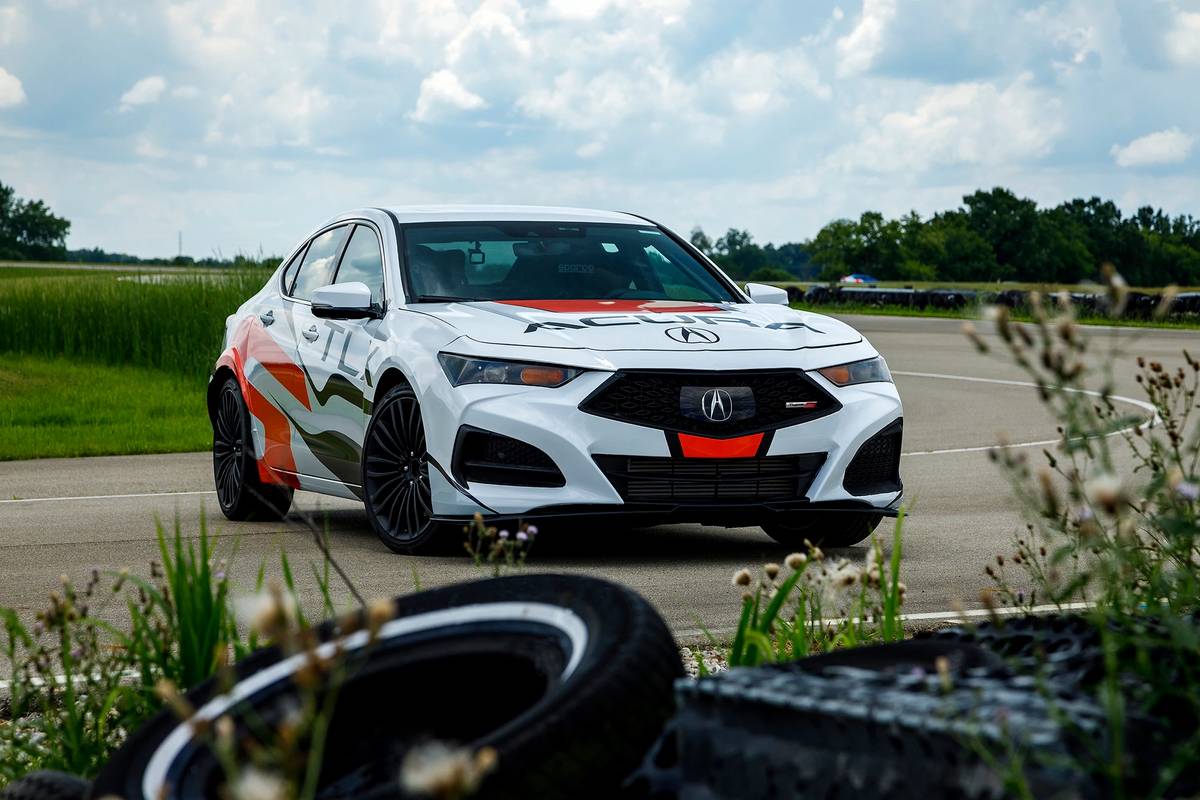