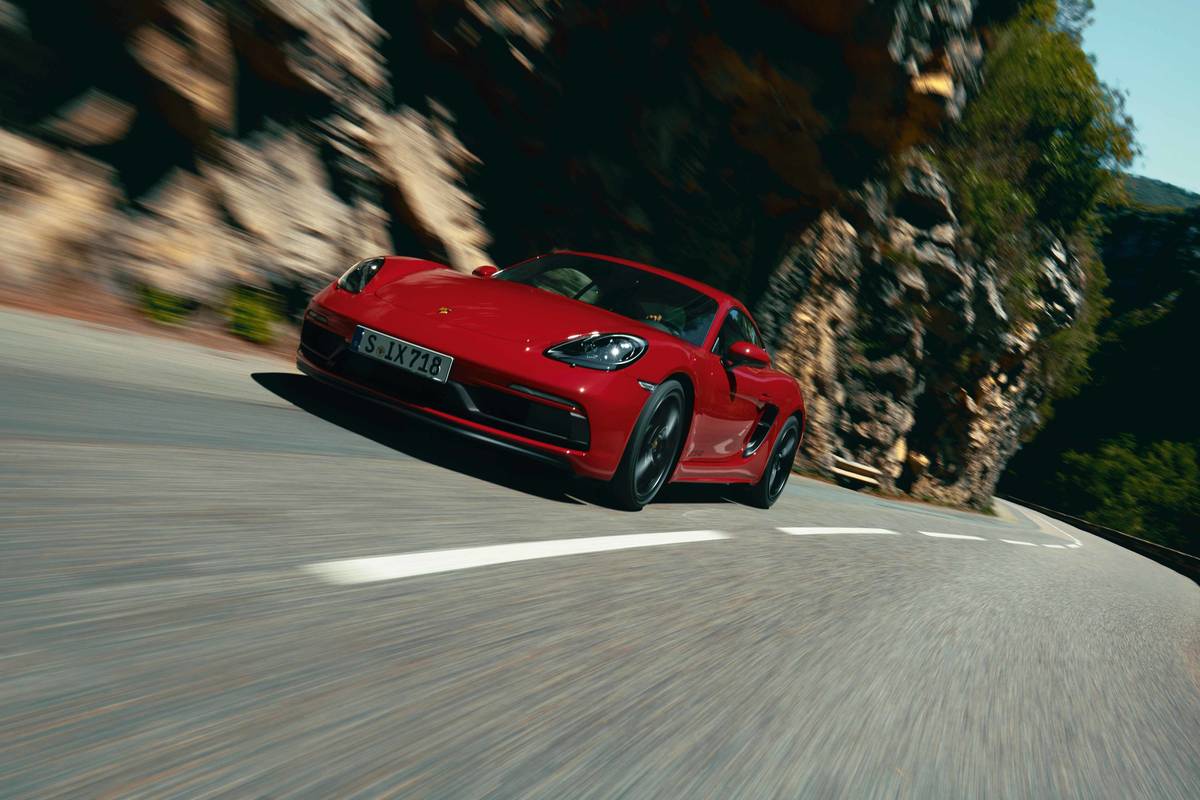 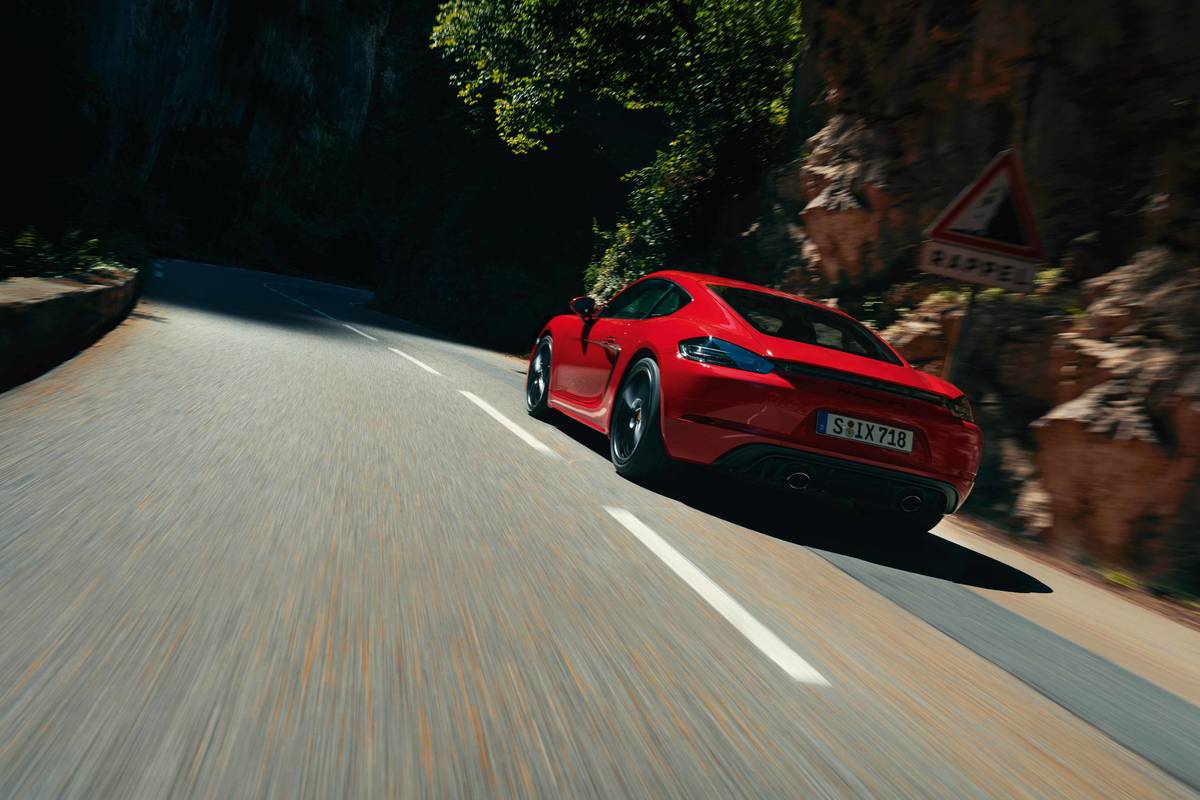 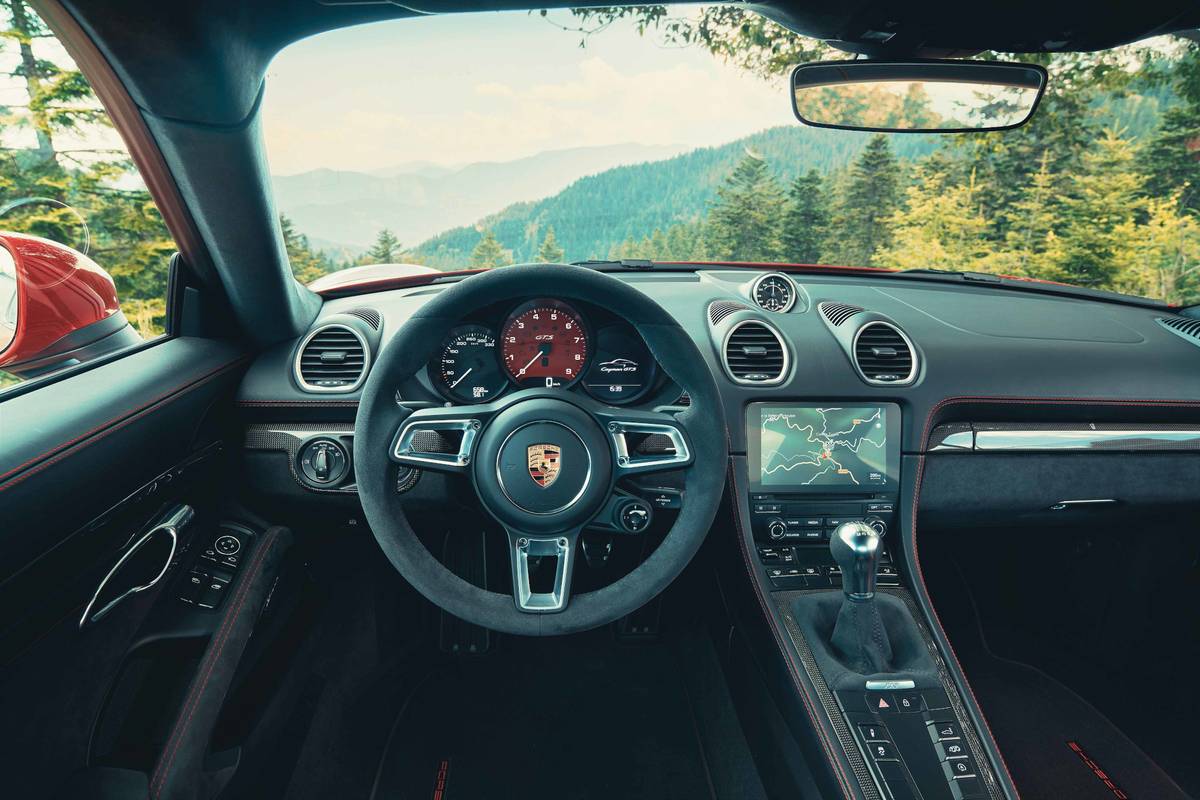 Porsche has announced that another pair of performance variants will be coming to the 718 lineup in the form of the 718 Cayman GTS 4.0 and the 718 Boxster GTS 4.0. These two models join another pair of previously announced performance models in the same vein (the 718 Cayman GT4 and the 718 Spyder) that are scheduled to arrive in the spring, with the respective 718 GTS 4.0 variants headed our way over the summer.

There’s a good amount of overlap between these vehicles, starting with what’s in the engine bay. The “4.0” part of the name for the GTS models refers to the 4.0-liter, six-cylinder boxer engine that’s closely related to the engine found in the GT4 and Spyder. It just makes a bit less power: 394 horsepower and 309 pounds-feet of torque, compared with 414 hp in the other models. A six-speed manual will be the only transmission (as God intended). Porsche estimates a 0-60-mph time of 4.3 seconds with a top track speed of 182 mph. 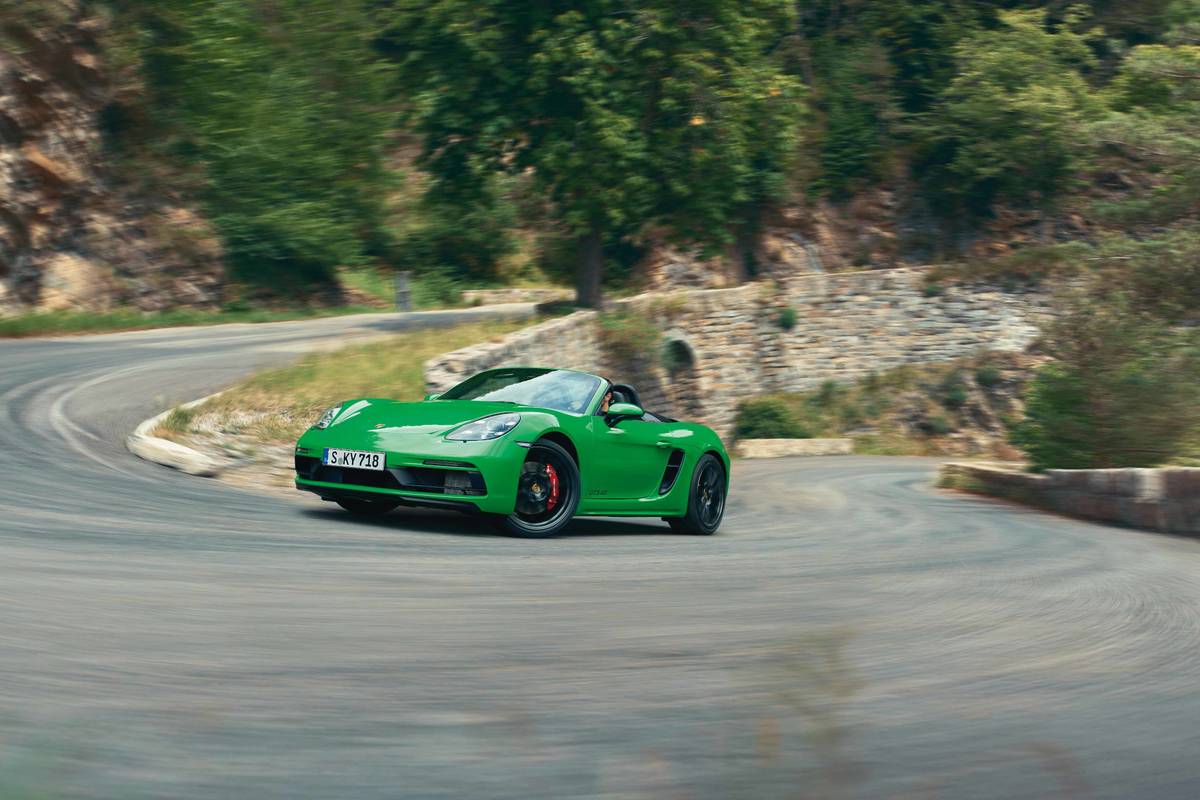 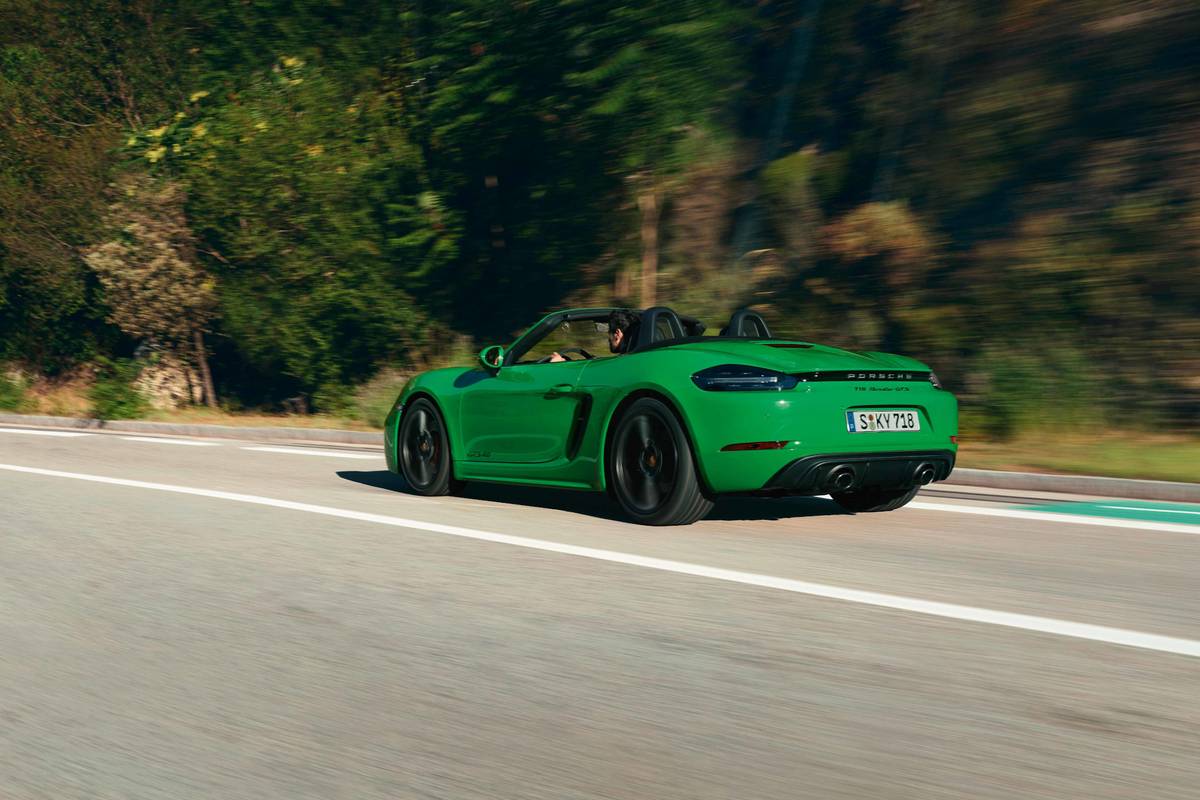 Also standard will be a sport exhaust system, a welcome addition for those who think that the turbocharged 718 models have lost something in the way of a soundtrack. That’s just the beginning of the list of standard performance equipment. Also found on all GTS 4.0 models are Sport Chrono Package, Porsche torque vectoring with a mechanical limited-slip differential, enhanced brakes with six-piston calipers and Porsche Active Suspension Management, which drops the ride height of the car 0.78 inch lower than the standard 718 Boxster and Cayman.

There are some subtle interior and exterior styling changes, as well. The lower part of the car’s exterior gets a few black accents, on the spoiler lip, the front air intake and the lower rear bumper area, while the headlights and taillights also get tinted lenses. This darkened theme continues to the interior, which uses black Alcantara simulated suede liberally on the steering wheel, center console, armrests and the roof lining of the Cayman. An optional GTS Interior Package changes the tachometer, seat belts, stitching and GTS emblems to chalk or red.

Pricing information is not yet available, but given the slightly detuned engine and the fact that it’s missing some equipment found on the GT4 and Spyder, we can reasonably guess that the price will come in below those two models, which are priced at $100,450 for the Cayman GT4 and $97,550 for the 718 Spyder (including destination charges). Porsche also did not say which model year these variants will join, though our best guess is 2021 based on their expected summer launch.