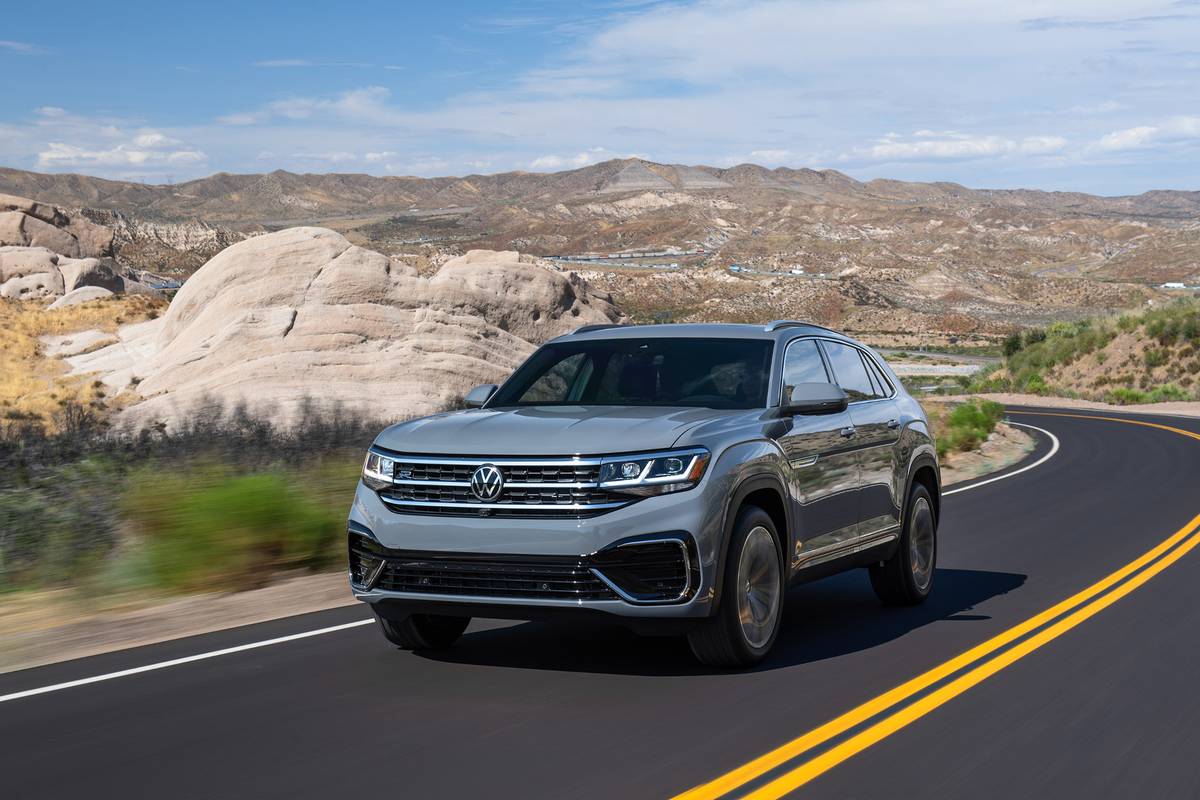 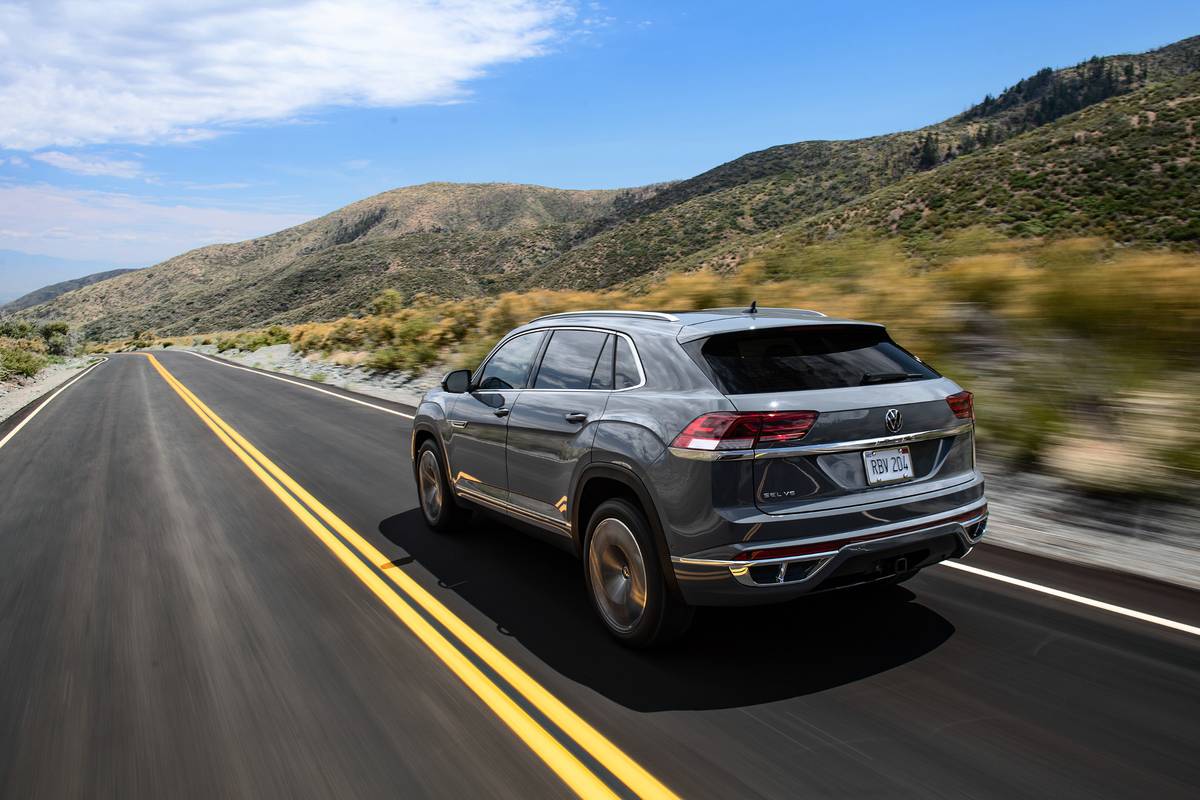 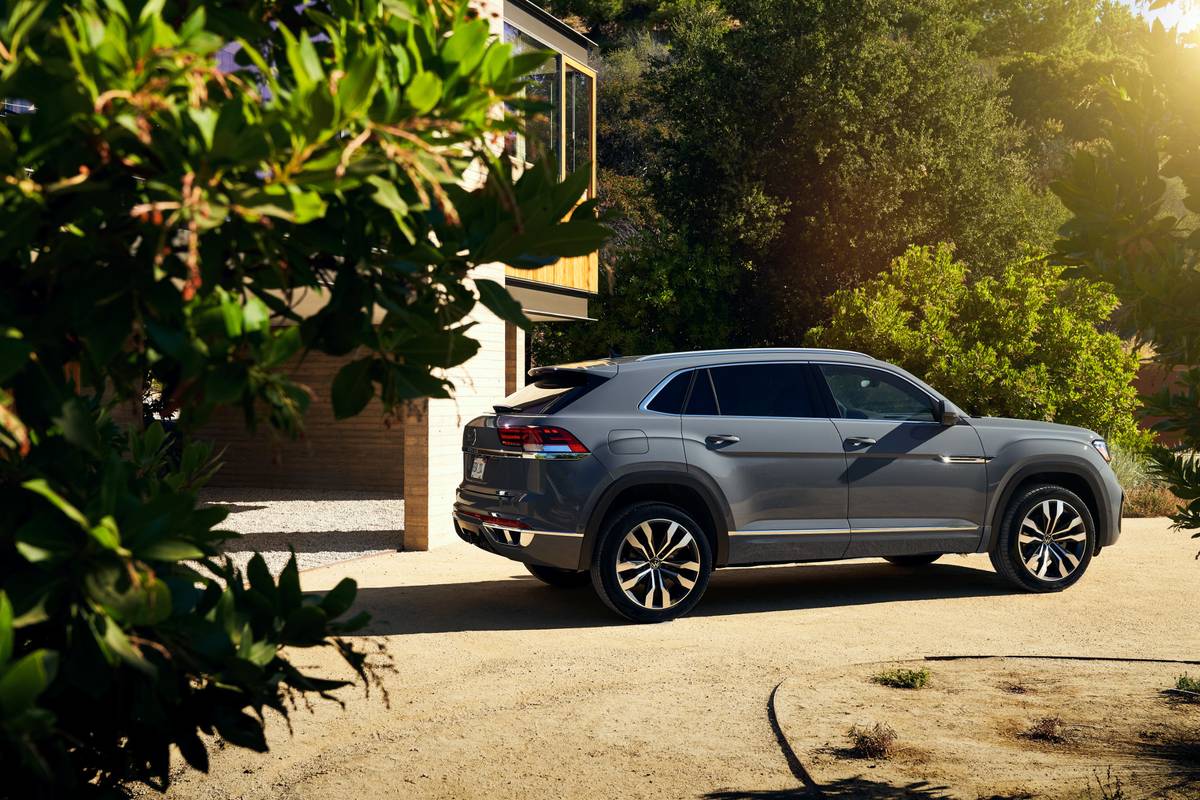 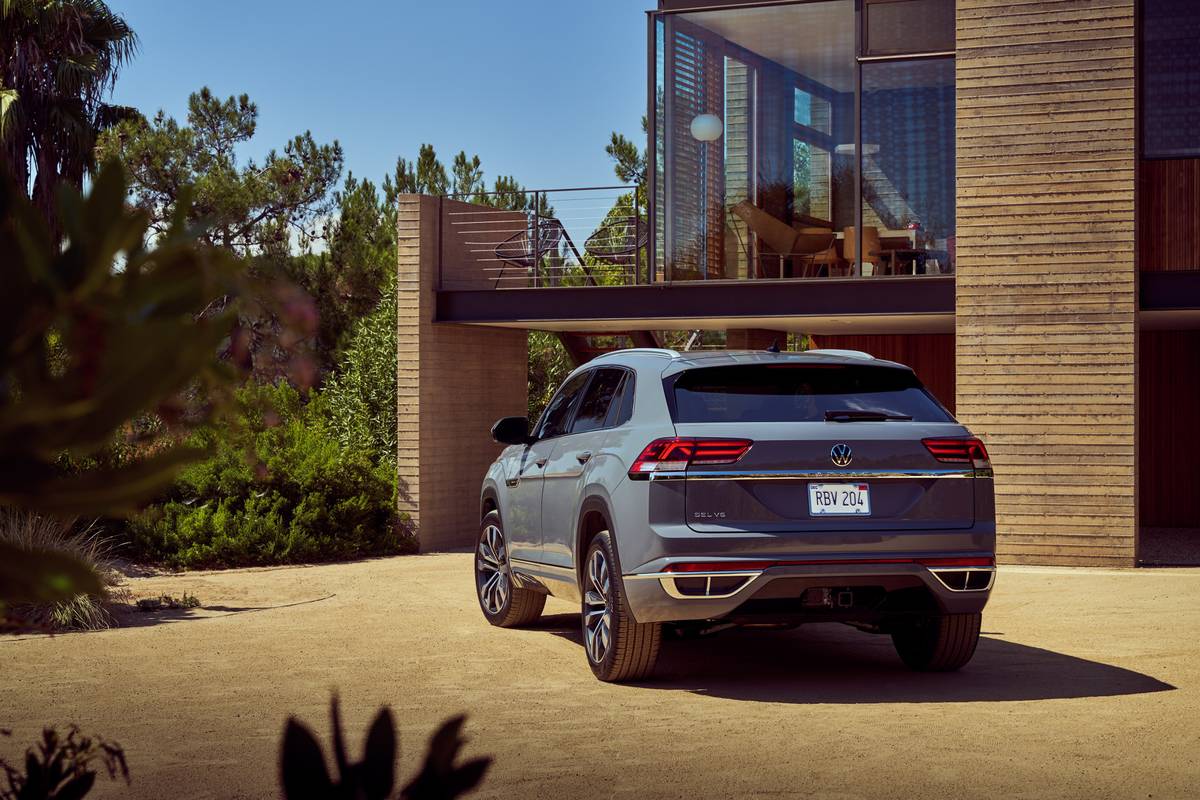 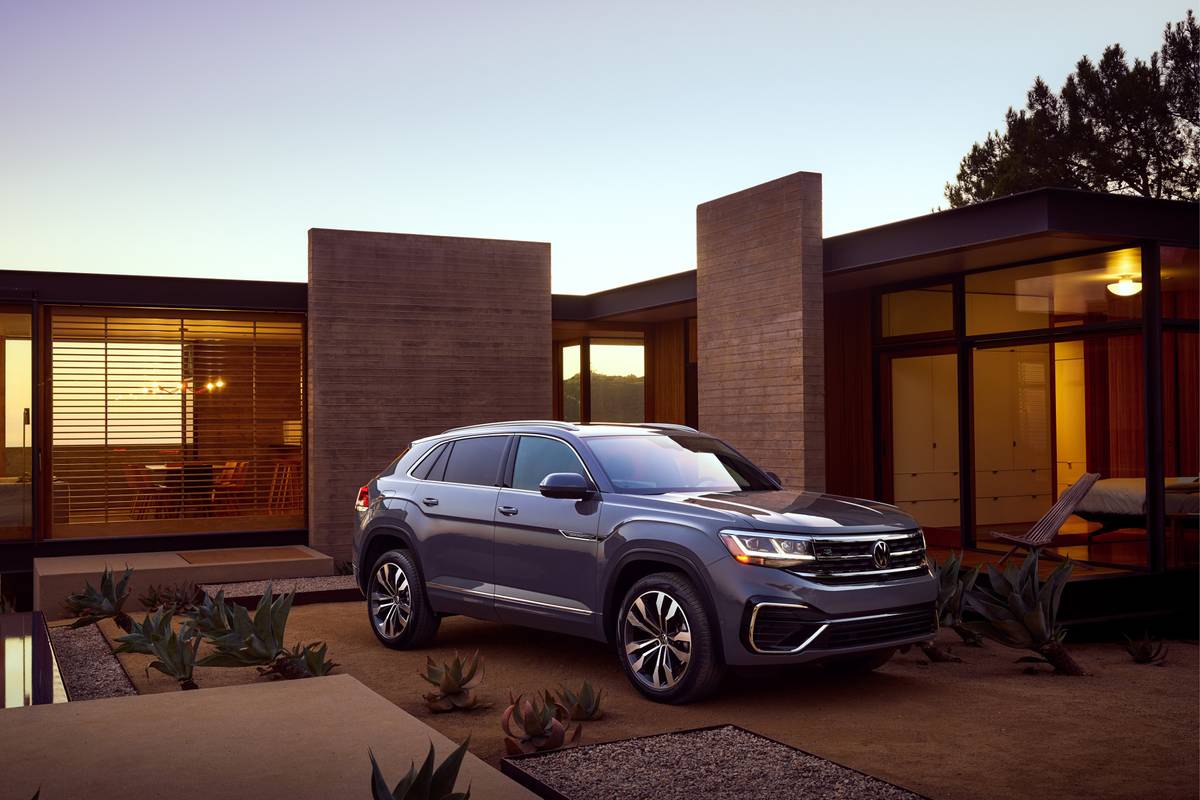 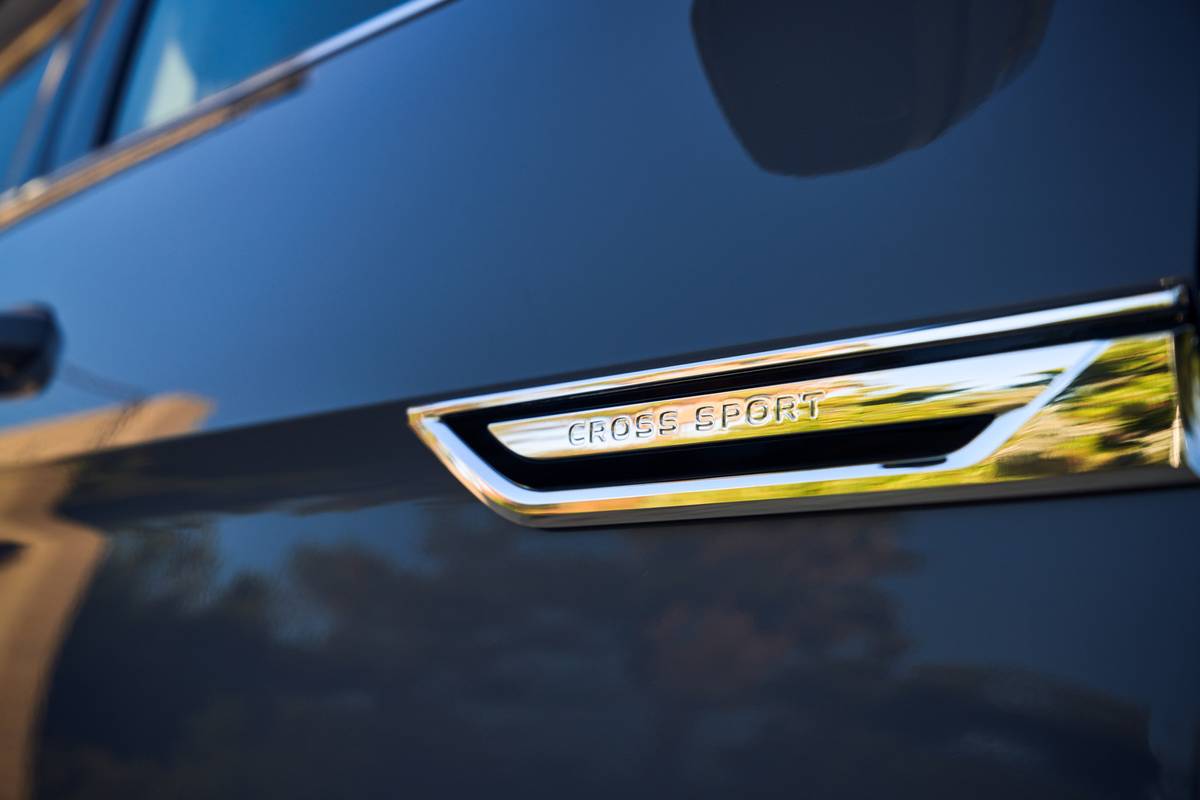 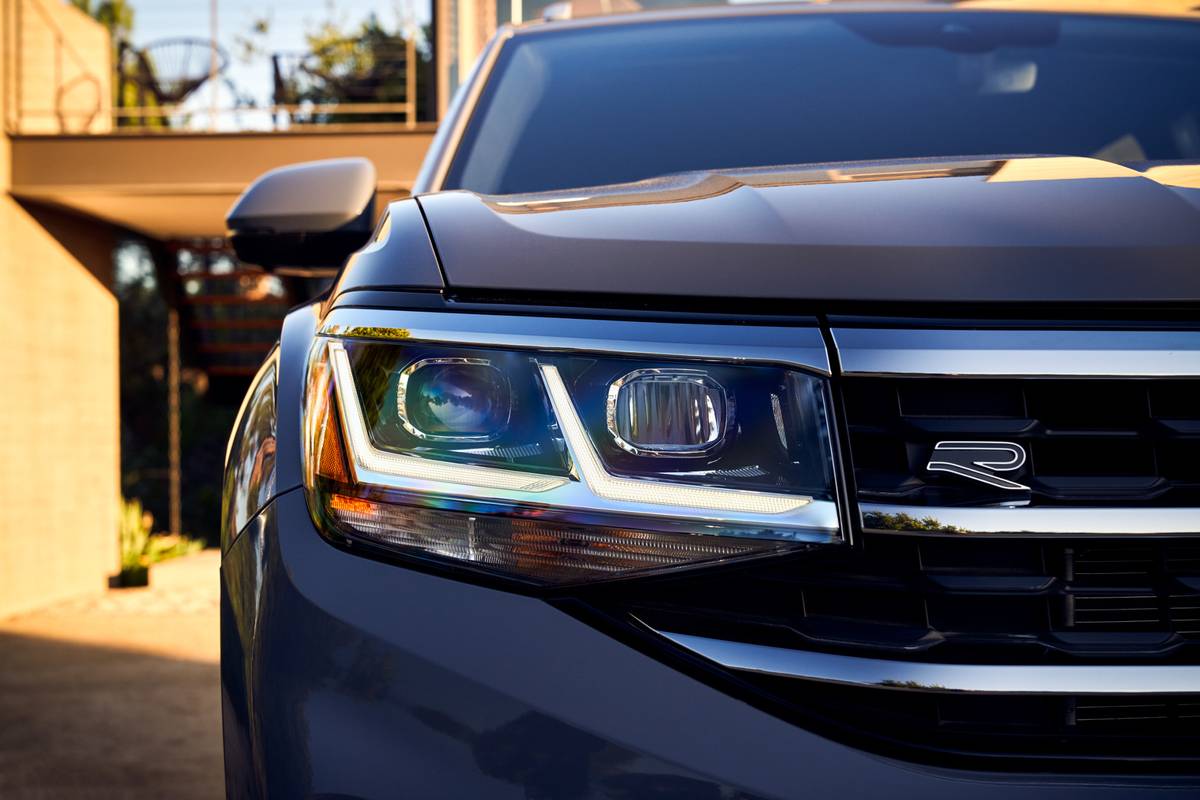 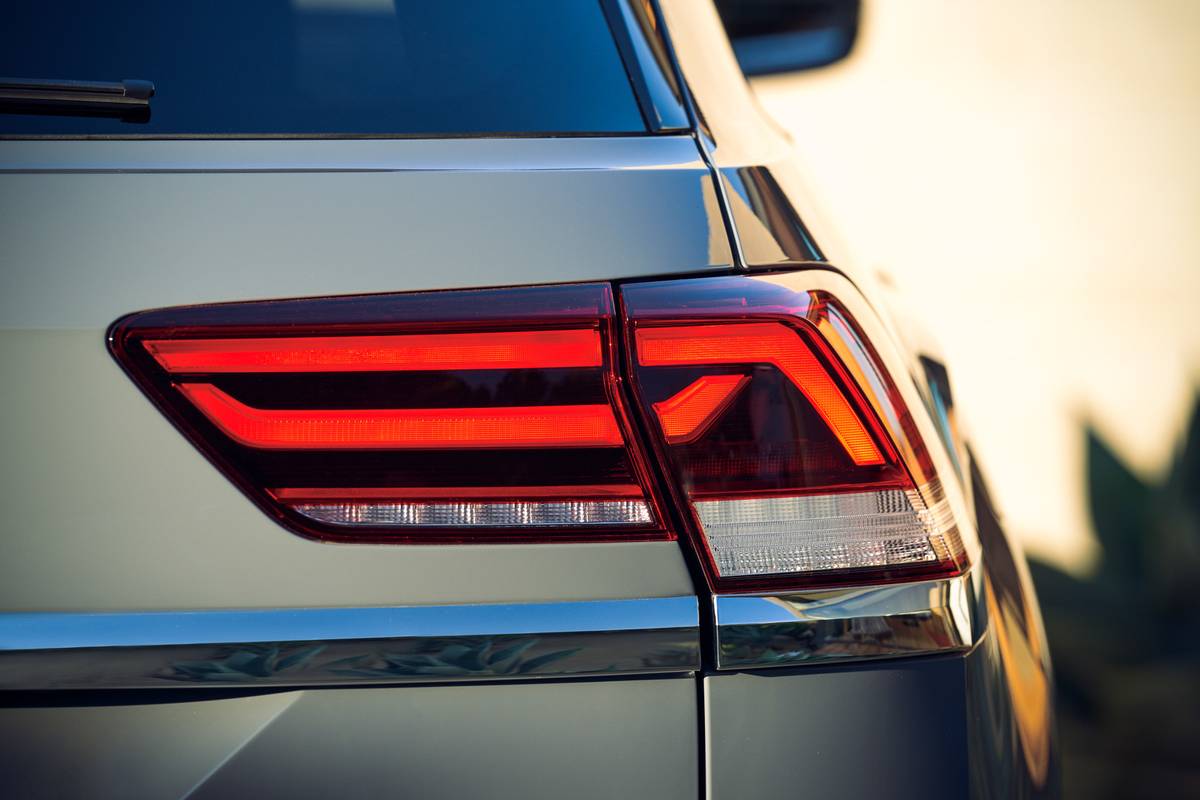 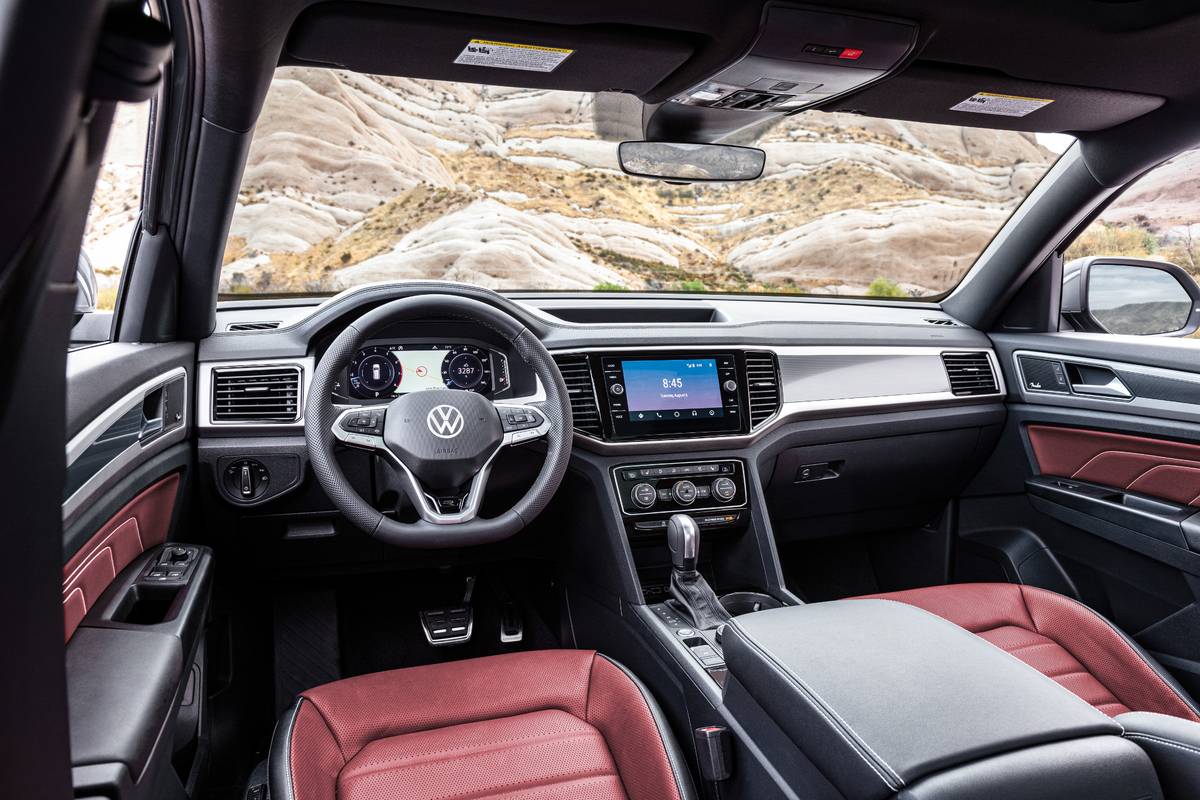 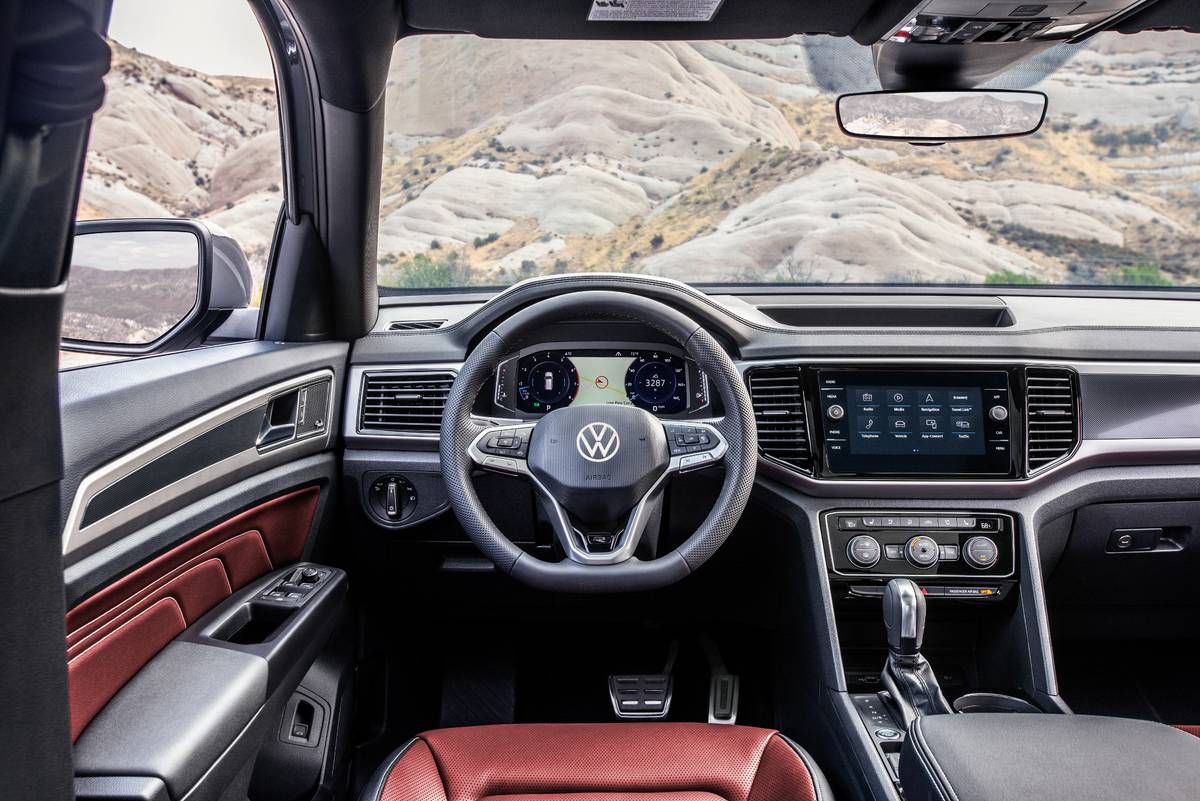 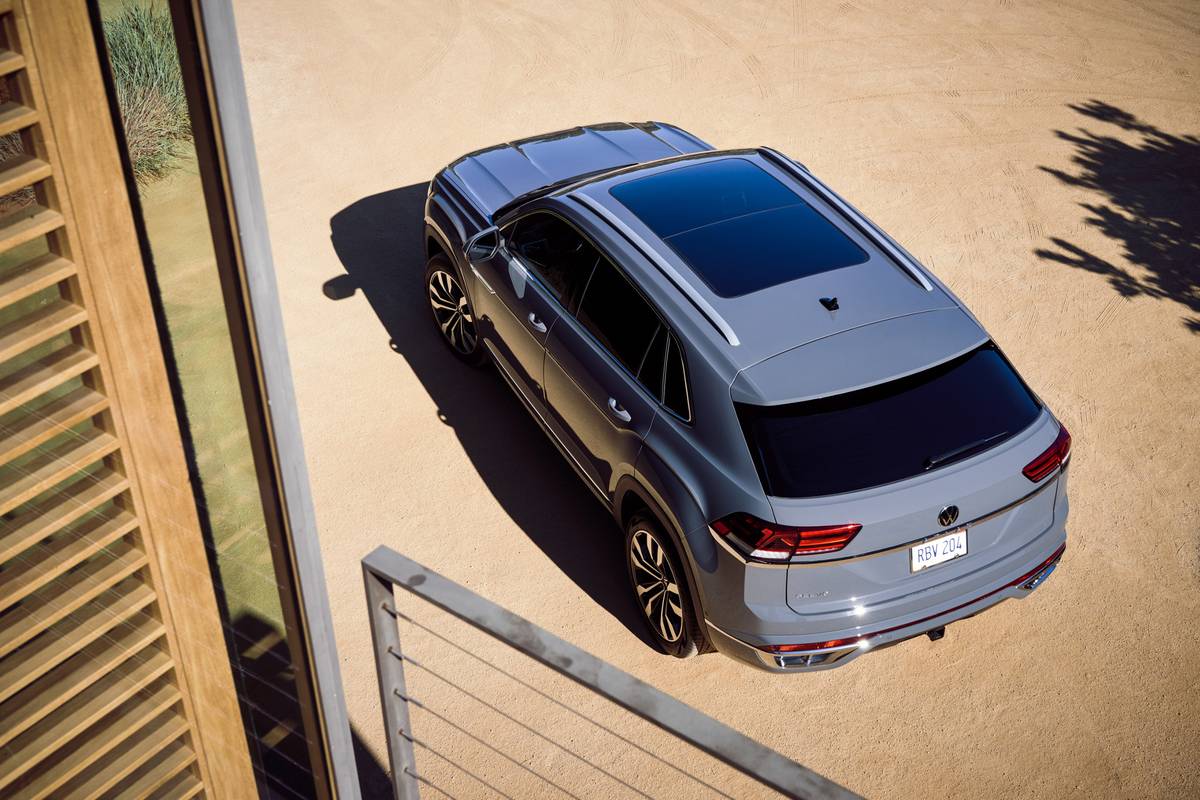 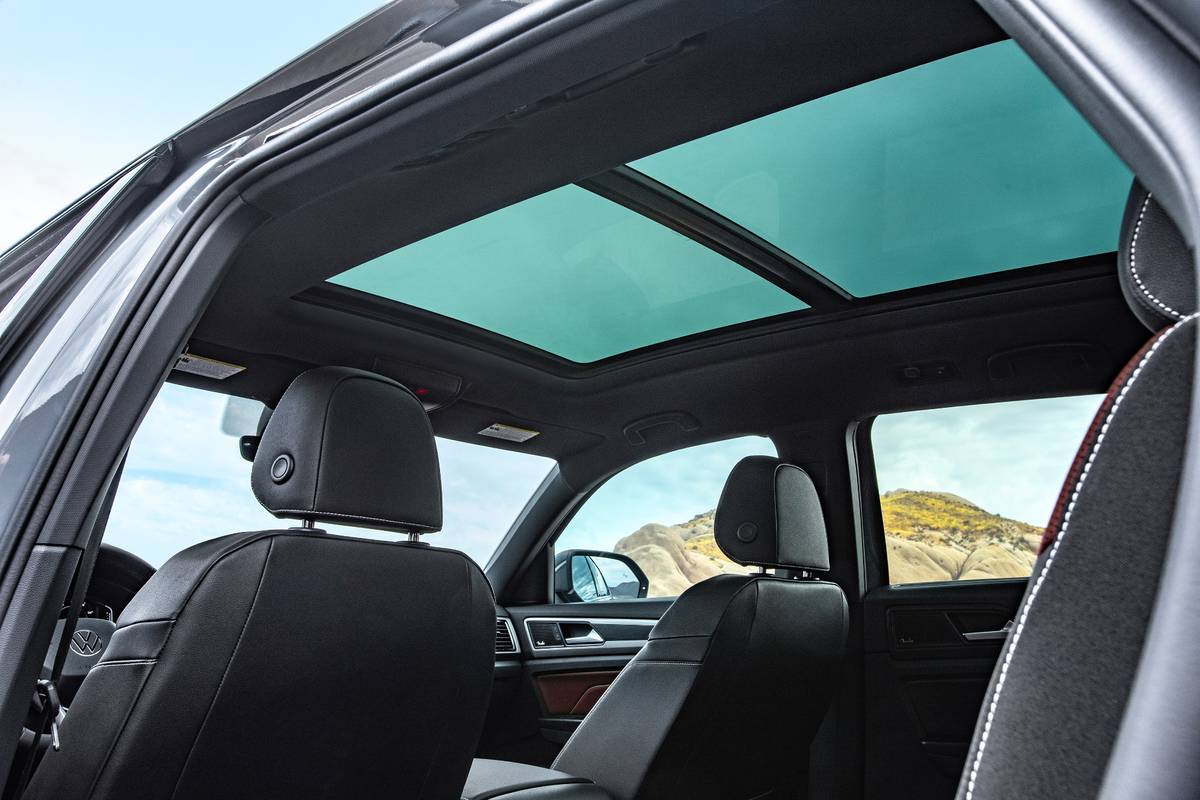 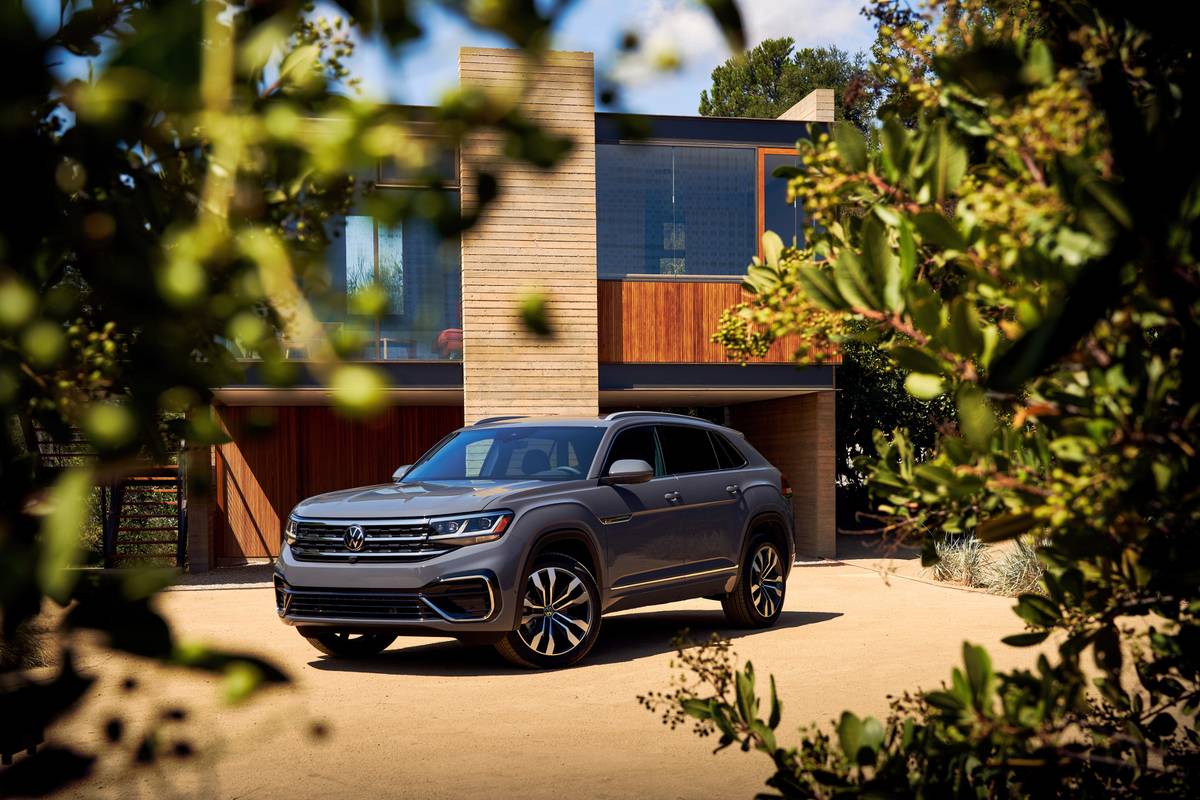 Looks like: An Atlas with a rakish roof and sportier details

The production Cross Sport — which VW will build in Chattanooga, Tenn., alongside the three-row Atlas — very much reflects the look of the near-production concept shown at the 2018 New York International Auto Show, but it lacks the concept’s V-6-based plug-in hybrid powertrain or fancier, lighted grille bars.

The big two-row SUV is clearly aimed at building up VW’s SUV lineup in a way the erstwhile Touareg (a pricier two-row model that VW updated and still sells in other markets) never did. Emphasizing that point in its announcement, VW declared the Cross Sport “built in America for Americans.” But the Cross Sport announcement also promised a forthcoming smaller SUV that “will fit in the lineup beneath the Tiguan,” the brand’s compact SUV.

Volkswagen will offer the Cross Sport in eight trim levels that should sound familiar if you’ve shopped the Atlas: S, SE, SE with Tech, SE with Tech R-Line, SEL, SEL R-Line, SEL Premium and SEL Premium R-Line. VW promises more details and pricing nearer to the sales launch in the spring of 2020.

Don’t miss out on the latest news, reviews and videos from our in-house experts. Get updates in your inbox.
2020 Volkswagen Atlas Cross Sport | Manufacturer image

The Cross Sport still has a big footprint, and Volkswagen isn’t apologizing for that. It’s just 2.8 inches shorter than the current Atlas, though the sportier roofline is 2.3 inches lower. And it’s the same 78.3 inches wide and rides the same 117.3-inch wheelbase as the Atlas, as well.

Styling also is tweaked rather than seriously different. Most noticeable versus the squared-off Atlas, the Cross Sport has raked rear pillars and a liftgate that slopes into reshaped taillights and a more sculpted bumper. The nose has more aggressive bumper and hood sculpting from the concept, but a tamer three-bar grille without the concept’s fully illuminated theme. The sides below the beltline are very much Atlas. The Cross Sport additionally will offer R-Line appearance trim levels, which have more aggressive bumpers and some piano-black accents as well as optional 21-inch wheels.

Versus the Atlas, the Cross Sport gets a redesigned steering wheel with new controls, as well as stitched accents on the door panels and seats. Options include heated front and rear seats, ventilated front seats and a heated steering wheel. Multimedia and connectivity options include a 12-speaker Fender audio system, wireless smartphone charging, a 4G LTE Wi-Fi hot spot (with subscription) and VW’s slick Digital Cockpit configurable instrument cluster. VW says that later this year, its Car-Net connectivity system and mobile app will add compatibility for commands and information via smart-home devices.

The automaker promises backseat space befitting this size with a comfortable 40.4 inches of rear legroom. The rakish roof does take a toll on cargo space, down to 40.3 cubic feet (the current Atlas has 55.5 behind its second row) and 77.8 cubic feet with the second row folded (versus 96.8 in the Atlas).

Powertrains are familiar from the current Atlas, with a 235-horsepower, turbocharged four-cylinder or 276-hp V-6. Both use an eight-speed automatic transmission and pair with front- or all-wheel drive. Like the Atlas, the Cross Sport is rated to tow up to 5,000 pounds with the V-6 and a trailer package.