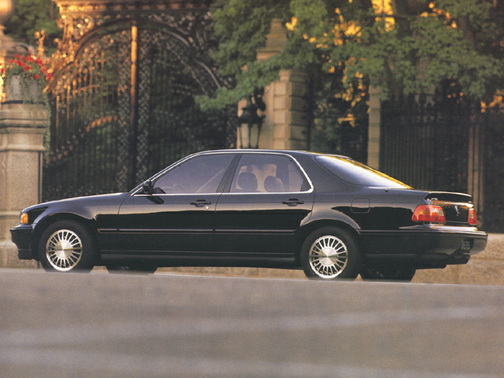 Our 1993 Acura Legend trim comparison will help you decide.

Although it is a car, the Acura Legend has performed more like a roller coaster.

In March 1986 what proved to be the first of the new wave of Japanese luxury cars appeared when Honda unveiled its top-of-the-line Acura line and its Legend sedan. Toyota’s Lexus and Nissan’s Infiniti followed.

We test-drove the 1993 Acura Legend LS sedan, and while it may have a roller coaster-like history, it has a luxury sedan-like grasp of ride and handling, comfort and performance. What the Legend doesn’t have is a grasp of reality-not when you look at the window and see a $36,800 sticker staring backat you.

Having tested the new Lexus GS300 sedan ($37,500, Cartalk, April 4), we’ve gotten used to driving cars with price tags that exceed many workers’ salaries. But that doesn’t mean nibbling at $40,000 doesn’t cause the heart topalpitate.

To silence critics who claimed the Legend was no more than a dolled-up Honda Accord (and remember, when Acura started doing business some of its dealers hid an Accord behind the building to sell to shoppers who grew faint after viewing the Legend window sticker), Acura gave it a hefty price tag.

To set the record straight, the Legend isn’t a dolled-up Accord, at least not since the second-generation sedan made its debut. This is a classy sedan loaded with all the creature comforts, but not really $36,800 worth of them.

The Legend is powered by a 200-horsepower, 3.2-liter, 24-valve, V-6 engine teamed with a four-speed automatic transmission. It’s a peppy yet fairly quietcombo. The Legend LS seems a bit quicker off the line than the Lexus GS300 because the Legend is pulling 3,500 pounds, the GS300 3,700 pounds.

The fuel-efficiency rating of 19 m.p.g. city/24 highway is superb for a carthat offers the power and amenities of the Legend LS. But the rating must havebeen made after the Environmental Protection Agency visited Disney’s Fantasyland. The fuel gauge moves much, much faster than 19/24 would indicate.

Another Legend positive is the standard speed-sensitive power-steering system that automatically adjusts to vehicle speed and thus increases or decreases power based on whether you are slipping int o the parking space or scooting into the passing lane. Honda has long set the industry standard for power steering and the system that makes cars more nimble and limber regardless of the maneuver or the size of the machine.

A big plus for the Legend LS is that driver- and passenger-side air bags are standard, as well as four-wheel anti-lock brakes. The insurance industry also will be happy that the LS comes with bumpers that are supposed to reduce,if not eliminate, most damage in those 5 m.p.h.-or-less parking-lot run-ins with poles or other bumpers.

A nifty feature of the LS is placement of the trunk-release button under the armrest on the driver’s door. It’s easier to release the trunk in the LS than in many other cars, which require you to reach down to the floor.

If those armrests above the trunk-release button were a bit thinner, however, the driver would enjoy some needed extra legroom. The large armrest and the flat-sided design of the car- unlike the more rounded aero approach among its Japanese rivals-cramps the legs.

Among domestics, the Cadillac Seville STS sedan is equally luxurious, and with its V-8 engine, Seville is considerably quicker than the Japanese luxury cars. The Cadillac also features a suspension system that allows you to drive it more aggressively than the Lexus, Acura or Infiniti. However, at $42,740, the Seville STS is also much more expensive.

most unique and reliable car I have ever owned

hands down one of the best cars that I have came across. Luxurious fully loaded with tons of features and options drives amazing and handles awesome with style and power

I have a 95 legend and a 03 TL TS and I prefer to drive the Legend. Cant beat the comfort. This car I think was ahead of it's time. People still want these cars and I get asked to sell mine often. It sn't going to happen people. I purchased with 72,000 and it has 208,000 and still going strong. This 03 Legend would be a great first car for someone. If the body is in good condition, I would recommend someone to buy. Why? The engine can be replaced. But to find a Good Acura Legend Body, If I could I would have two Legends. just do your maintainence and ride. Keep it clean and it will continue to turn heads. Acura needs to make a bring it back, a special addition.

I love this car even thought it's kind of booring.

This is my first car..and what can I say? I LOVE MY LEGEND. Mine has 231K and nothing is wrong with her. Its 210 BHP V6 pulls and it sounds good too. The steering is execlent. It's not blisteringly fast but it goes for sure. On slippery roads hand brake drifting is easy and imense fun. The car is commfy, the seats are great and for being what it is the interior is great looking. Highway mileage is excelent but city driving especially wilth a lead foot like me is apalling. I love my Legend but this up comming summer im going to get a job and sell my Legend to buy a early 2000's Jag XKR coupe. I doubt the Legend will be as beautiful or as fast but the Jag will be greatly less reliable, economical and humble. I'll miss mine when its gone. Excelent first car for any teenager.

All model years for the Acura Legend 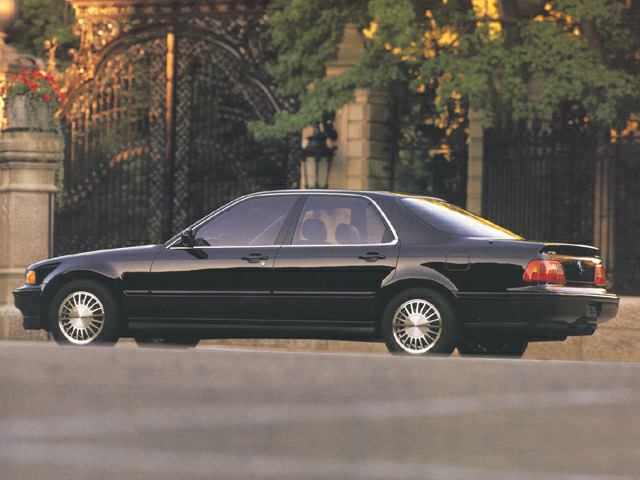