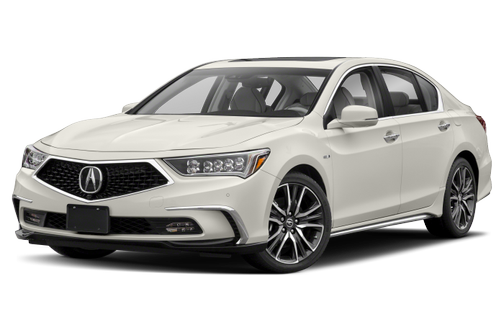 
Acura took the wraps off the redesigned 2018 RLX at Pebble Beach during Monterey Car Week, and we got a preview of what changes are in store for the big luxury sedan.


Acura has also cut down the trim levels for this year, leaving just two RLX variants: regular and RLX Sport Hybrid. Although Acura calls this a redesign, it's actually more of a refresh. The chassis and dimensions are the same, and both powertrain options are modified but keep the same engines and, in the latter's case, electric motors. The gas option does, however, get a new transmission, and the Sport Hybrid receives revised tuning based on the NSX supercar.

Exterior
Ding-dong, the beak is dead! The RLX ditches its old nose for a new one that is uncannily similar to that found on the TLX. It’s an improved look to be sure; the hawkish countenance has been replaced by a flatter, more modern grille that is still flanked by “Jewel Eye” LED headlights. There is also a new hood that is more sculpted, new wheel designs and numerous changes to the rear, including a rear diffuser and taillights with a new LED design, which will make the RLX stand out at night. In addition, two new exterior colors will be offered: Brilliant Red Metallic and Majestic Black Pearl.

Powertrain
The powertrains in both the RLX and RLX Sport Hybrid have the same power output as last year’s models, but each features some new enhancements for the 2018 model year. The front-wheel-drive RLX with its 310-horsepower, 3.5-liter V-6 gets a new 10-speed automatic transmission that Acura says improves acceleration. The RLX Sport Hybrid is actually the more robust performer of the two; it uses the same gas engine but adds three electric motors for a total output of 377 hp. Acura’s Super Handling All-Wheel Drive system is standard on the hybrid.

Interior
Acura did not announce many changes to the inside beyond the standard line of “upgraded materials and touchpoints.” There is a new seat featuring high-contrast piping and stitching, along with a new Espresso color option for the upholstery.

February 23, 2021
By Mrissro from Sullivan, IL
Owns this car

This car is stylish, has all the bells and whistles and rides fantastic. Even though I have only had the car a few days I am already in love with the features and safety.

Like a Japanese Cadillac with NSX Super Car drive

We were looking to upgrade from our 2015 Acura TLX AWD Advance. This Acura RLX Sport Hybrid AWD w/ Advance package is All that and much more! We looked at the Lexus LS 460/LS 500 and GS 350,The Infinity, The Genesis, (Which are All very nice luxury cars). But this RLX Sport Hybrid AWD is a much more comfortable/quiet ride, with amazing performance! Loving the improved interior, the 360 degree camera, and Krell sound system. Exterior styling is similar to many Luxury cars. The new grill is better. Would love it more, if there was a Wagon version of this car available,(Four doors with a hatch back), which is more useful than a four door sedan. Owned for less than 1 month, so cannot yet rate reliability, However based on prior experience with Acura, it will likely be Excellent.

More Luxury, Sport, and Technology for your Money

I conducted research on luxury sport vehicles 18 months before purchasing the Acura RLX Sport Hybrid with competitors BMW, Lexus, Mercedes, Audi, and Infiniti. I ultimately chose the Acura RLX Sport Hybrid because I was able to receive more for my dollar for a Hybrid Sport Luxury vehicle. All others I researched wanted $10-20k more for the features that the RLX came with: Hybrid/gas, navigation, Krell audio system, front heated/ventilated seats, rear heated seats, heated steering wheel, collision mitigation, windshield display, auto lights, cameras all around and this model even has its own Black Box similar to that of airplanes. The ride is quite, smooth, handling is superb and the 377hp makes getting on freeways a snap. There are so many other features that I love also. It was a no-brainer to make this purchase compared to the others I mentioned, since the extras I mentioned would have cost me more to have from the others. Acura is known for it beautiful styling, dependable engines and innovative technology. Also, the buying process was seamless with Gold Coast Acura in Ventura; they honored the TrueCar pricing, delivered my car to me at no extra cost, and the sales and finance staff were very professional and personable. I love my

All model years for the Acura RLX Sport Hybrid 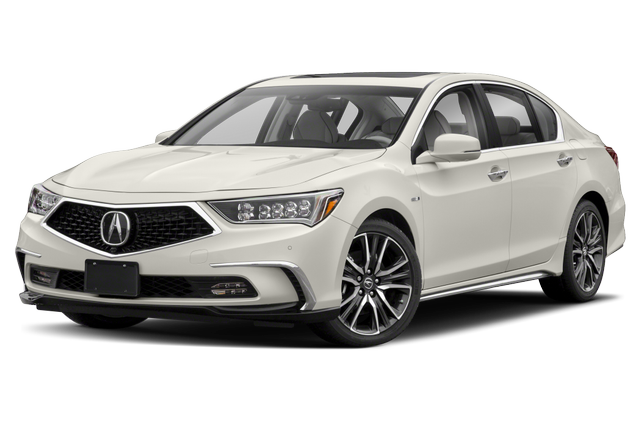 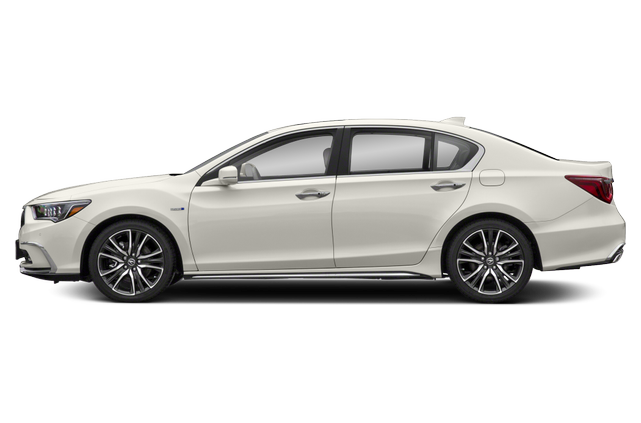 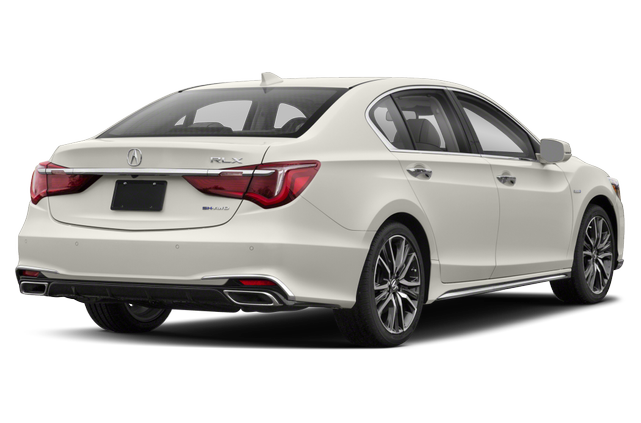 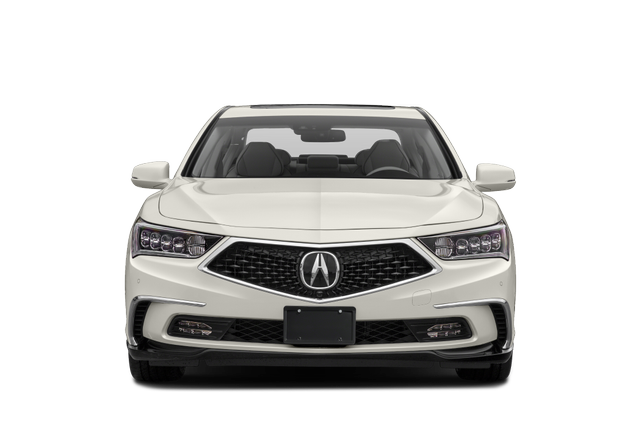 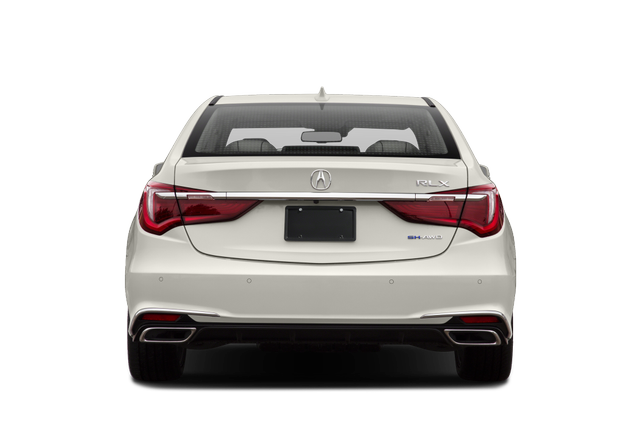 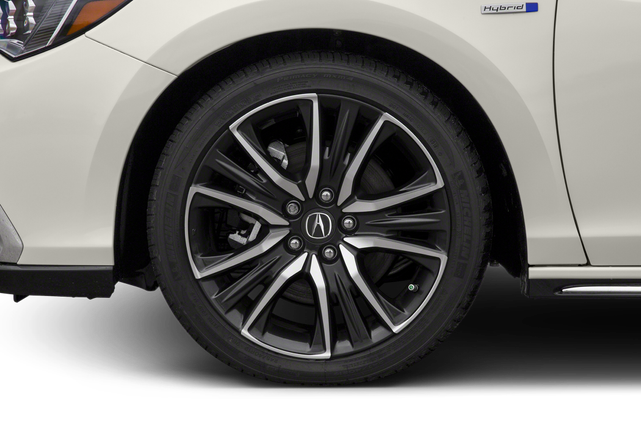 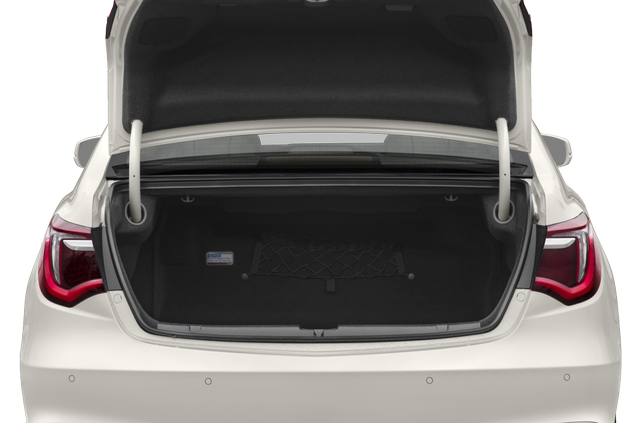 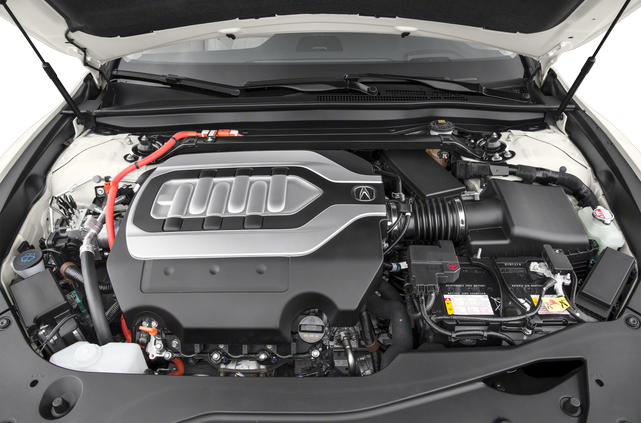 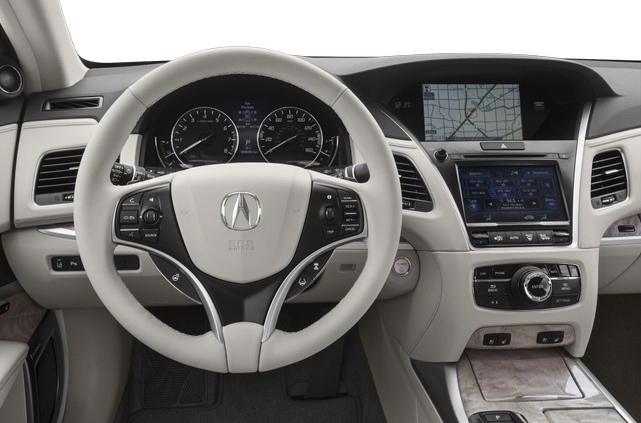 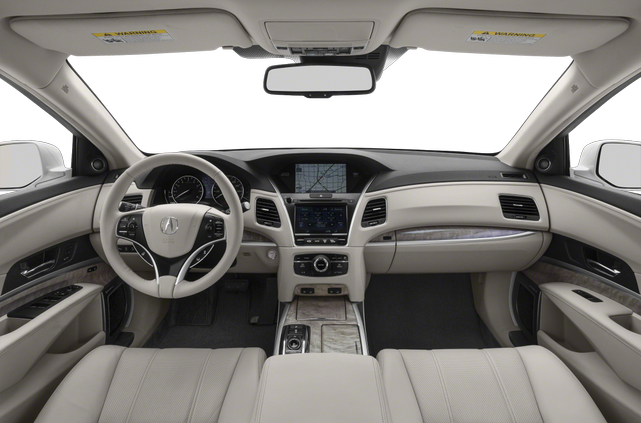 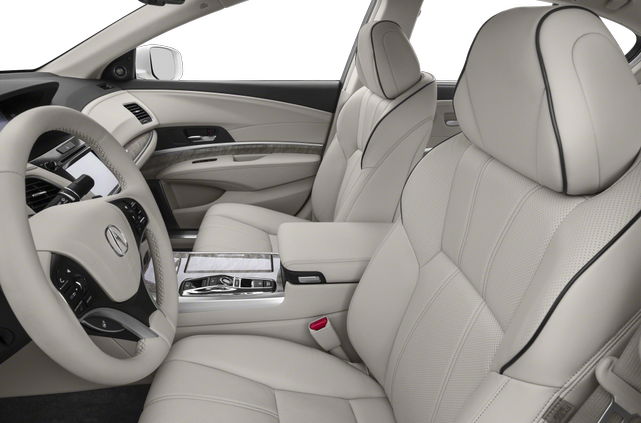 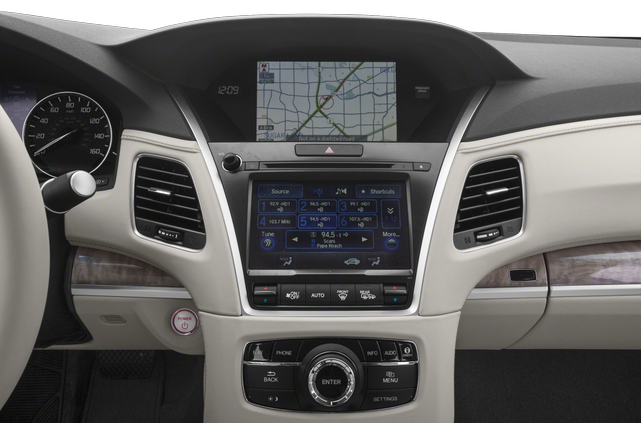 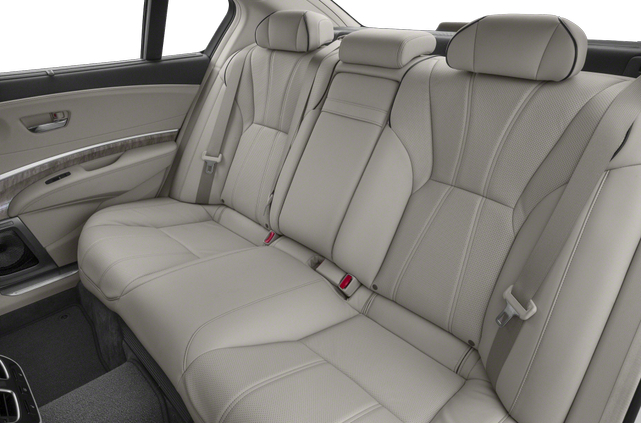 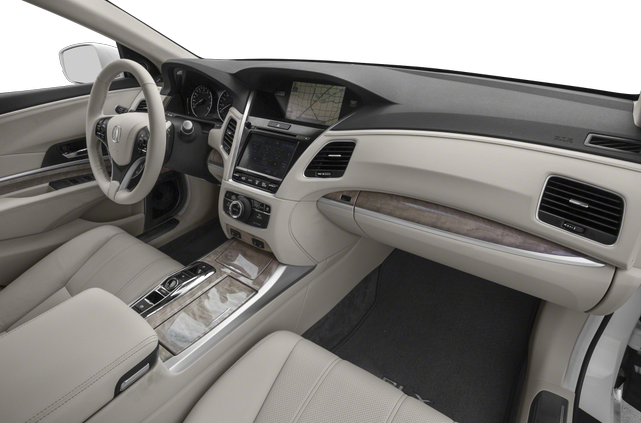 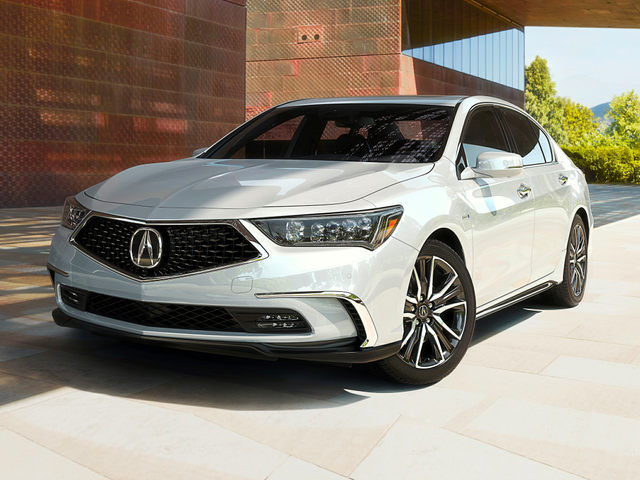 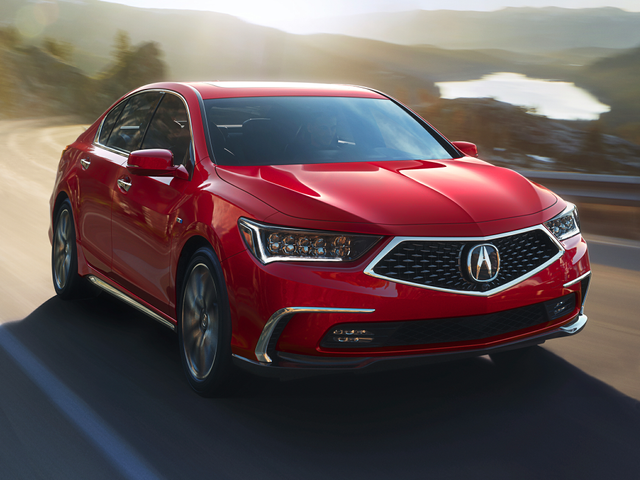 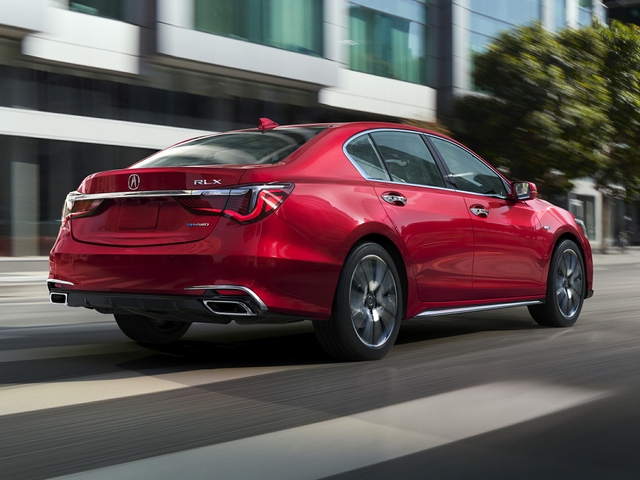 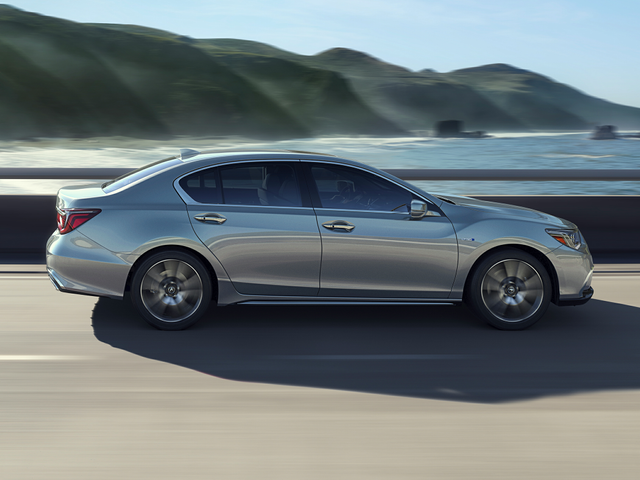 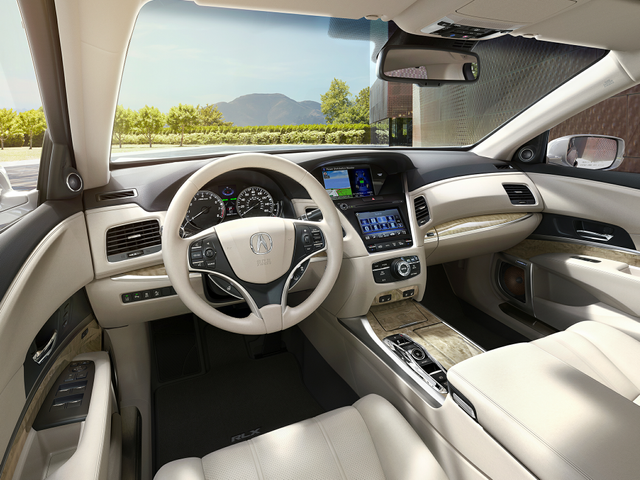 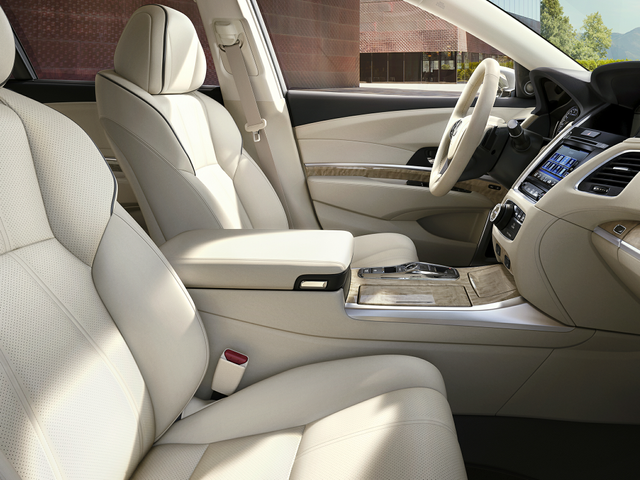