Our 2009 Audi Q7 trim comparison will help you decide.

These days, shoppers are spoiled with many luxury crossover choices. The options range from sprightly, quick, small ones to large, three-row beasts. The Audi Q7 TDI is definitely in the latter group. In fact, I’d go so far as to say that if the luxury crossover field were a hockey team, the Q7 is the one you’d send over the boards to fight. It’s imposing, muscular and sure on its feet.

I like all those attributes, but not everyone enjoys hockey fights — which is why the Q7 TDI might be the wrong car for luxury buyers. It has its faults, ranging from a loud engine to an interior with more buttons than any other car I’ve seen. And it’s a car you’ll have to make room for, because, like an enforcer, it’s more likely to change you, than be willing to change for you.

Q7 Presence
The Q7 I tested came with a variety of large decals advertising its diesel engine, but only because it’s a press-fleet car; regular Q7s won’t have them. Otherwise, the Q7 looks really good. It has a nice shape with just the right amount of glass — not pinched with tiny windows like some SUVs are — and, most importantly, doesn’t have any frivolous body pieces. Whoever decided the Q7 did not need the kind of silly front-fender vents seen on many other cars deserves a medal.

It apparently looks tough, too. I know that because I got cut off in traffic less while driving this SUV than in any other car I can remember. That’s clearly not a scientific study, but it was a nice benefit. (Maybe the diesel engine scared other drivers.) I also had a great view when cars started to cut me off, then scurried back to their lanes. Visibility was excellent.

Audi has done well with the interior, especially the black leather in the test car, the good grip of the steering wheel and, weirdly, how rich the interior looks at night. All the controls and buttons are lit in red (except the needles on the gauges), and the effect is quite nice. It made me feel underdressed.

Buttons, Buttons, Buttons
Ah, yes, the buttons. This will take a bit. The Q7 has all the usual buttons to lock doors and lower windows. Then you have the buttons for the multimedia and navigation systems. Then there’s the engine-start button, an engine-stop button and a button to run a check of the car’s diagnostic systems. My favorite, though, is the button that opens the glove box.

Are all these buttons a pain to deal with? No. I just don’t deal with them when I’m driving. My theory on German cars is that they expect you to do one thing when you’re behind the wheel: Drive!

That means you use the steering wheel, brake, gas, gearshift (if necessary) and clutch pedal (ditto) — and that’s it. If you want to change CDs, find a new destination or whatever, you should pull over and do that, then resume driving.

If you come to the Q7 thinking you’ll just breeze down the road changing radio stations, switching from AM to FM, you’re going to be disappointed. It’ll take you more than a week to become fluent with all the buttons necessary to do those simple tasks, let alone something complicated — and it shouldn’t. And, really, the better thing to do is just drive. Don’t fight the Audi; you will lose.

Going in Two Modes
That’s not to say the Q7 is totally without options. Like many luxury cars, you have the choice of Drive and Sport modes. In Sport mode, the Q7 kicks down gears quickly when you need to pass, and there’s decent engine braking, as well. The only real drawback was a clunk when first gear was engaged. If you like, there are also paddle shifters, but they felt cheap in my hands.

In regular, Drive mode, the Q7 feels much smoother overall, and there’s less engine braking. I usually stayed in Drive while cruising through the city.

Whichever mode you choose, the overall impression — both as the driver and as noted by my passengers — is that the Q7 feels very powerful. It feels settled on the road and very sure-footed, giving you a secure feeling.

The problem is that the Q7 is loud — too loud for luxury buyers. I like to hear the engine when I drive, but I’m in the minority; I’d be shocked if any luxury buyer wanted to hear a peep from the engine. It’s not that the diesel sounds like a clattering diesel engine of old, it’s just that you can hear the motor. That’s out of place for this segment.

Handling the City, Parking Lots & Highways
Simply put, the Q7 drives smaller than it is. It’s easy to drive on narrow roads, and the excellent visibility simplified passing and merging on the highway because it’s easy to judge distances. The drivetrain likewise made it effortless. I haven’t driven the gasoline-powered Q7 enough to determine if the diesel is better, but both have enough power to be fun highway cruisers.

I recommend getting the parking assist feature — but then, I have a very hard time judging exactly where the front of any car is. (I run into parking blocks a lot.) The Q7’s sensors are set very low in the bumper, so they alert you to parking blocks and save you embarrassment — or worse. The optional sensors are particularly worth the price in this car.

Safety & Reliability
The Insurance Institute for Highway Safety gives the Audi Q7 its highest rating, Good, in both front and side-impact crash tests. See a list of its standard safety features here.

Consumer Reports predicts the Q7’s reliability will be much worse than average.

Luxury Amenities
The Q7 TDI (Audi’s diesel designation) that I tested came loaded with a number of extras, most of which were bundled into option packages. The Prestige Package ($5,900) included a parking assist system with a backup camera, a navigation system, driver’s seat memory and a voice-control system for the navigation. The S Line Package ($1,200) brought brushed aluminum interior inlays, 20-inch wheels and an S Line steering wheel. It also had a three-panel panoramic sunroof for all rows of seats ($1,850), four-zone climate control ($1,150) and a towing package.

While not a complete list, you get the idea: The Q7 has the standard fare for a luxury crossover these days. (For more details, check out our comparison of the 2008 and 2009 models here.) Based on its features, it clearly belongs in the ritzy-crossover neighborhood. It stickered at $62,375.

Q7 TDI in the Market
For me, the Q7’s poor predicted reliability is a killer. Going back to the hockey analogy, what good is an enforcer if he’s always injured?

Other people don’t weigh predicted reliability as heavily, of course, and to them I say the Q7 has something many luxury cars lack: a personality. Again, it’s muscular, sure-footed and strong in a way that distinguishes it from every other luxury crossover I’ve driven. It’s got a loud engine for this segment, but given the choice between that and the bland whisperings of some other crossovers, I’d take the growl of the Audi every time.

The interior is, to my eye, probably the best of the luxury crossovers I’ve driven. It’s comfortable and it looks like it’s worth the cost of the car.

In the end, more than any other car I’ve driven, the Q7 is what it is — and it’s not going to adapt to make you happy. Because I like a lot of what it does, I don’t have a problem with that, but it’s a car I recommend taking for a long test drive before buying, to be sure you can live with it.

A beautiful vehicle that slacked on durability

Rating breakdown (out of 5):
7 people out of 7 found this review helpful. Did you?
Show full review
3.4

Other than it leaking gas under my middle bench seat where my fuel filter is it's been a great truck. I had to take it in to the shop 3x because of the recall leak around the gas filter flange thing.

Rating breakdown (out of 5):
7 people out of 7 found this review helpful. Did you?
Show full review
See all 21 consumer reviews 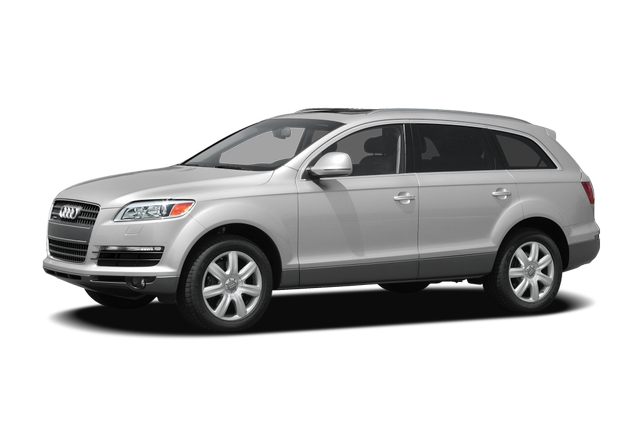 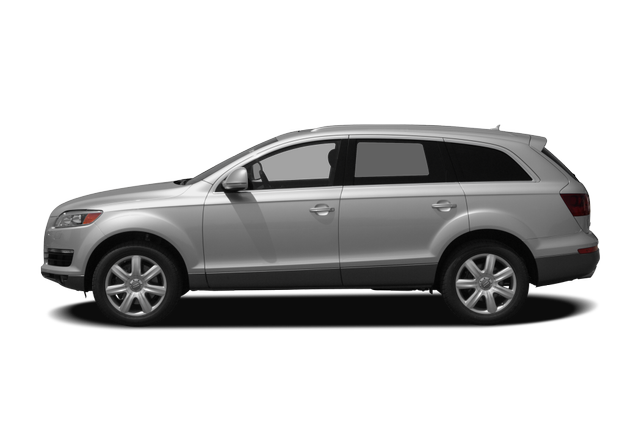 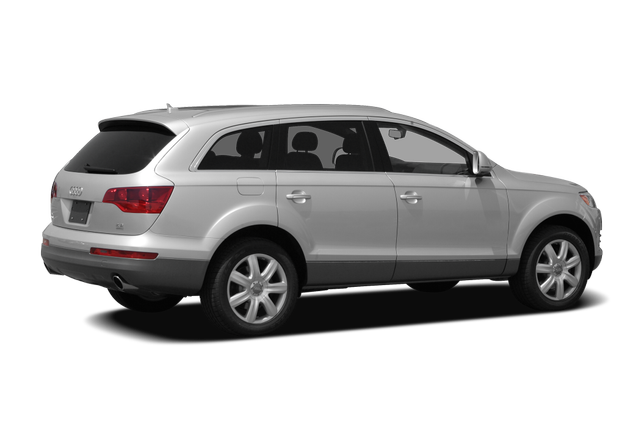 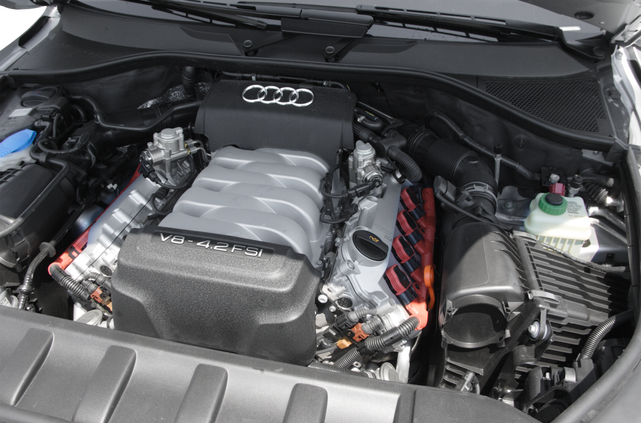 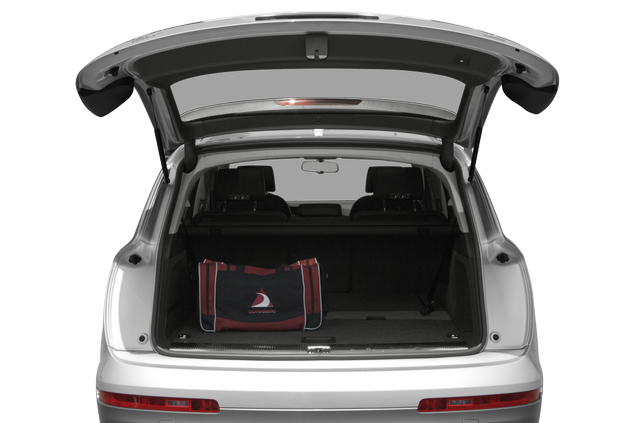 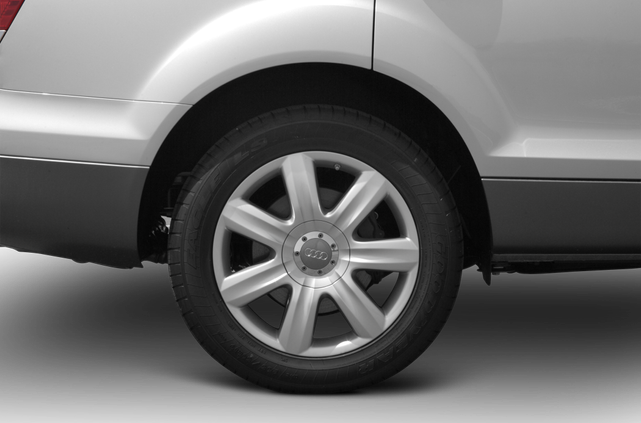 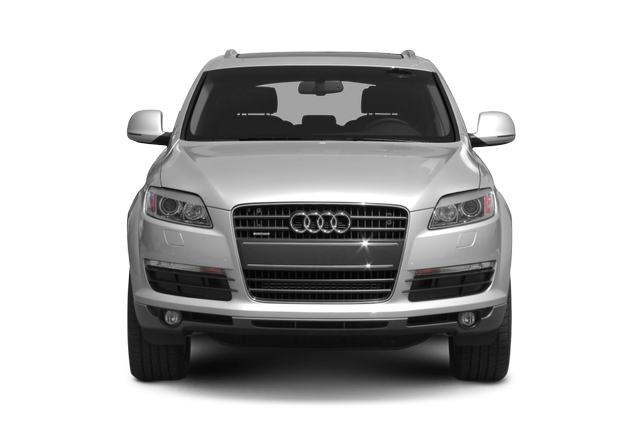 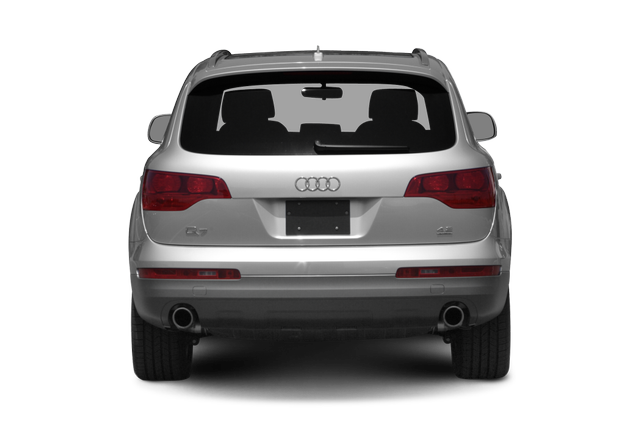 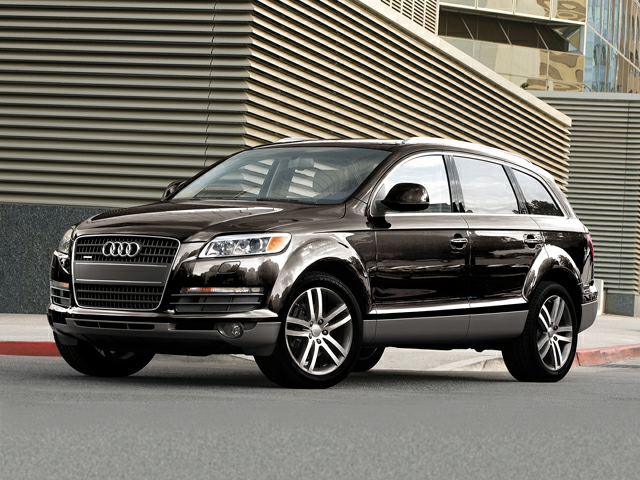 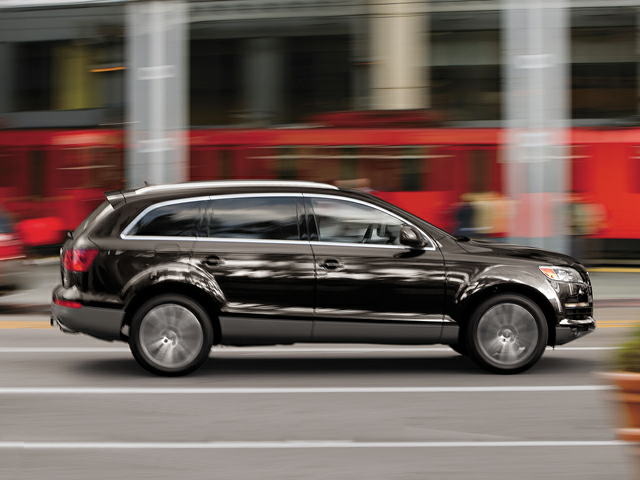 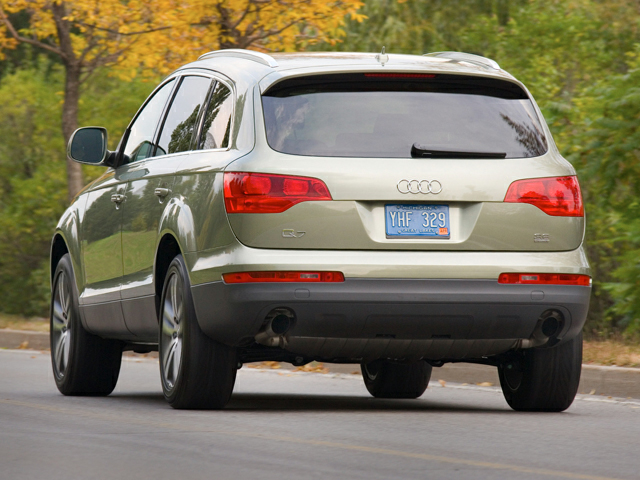 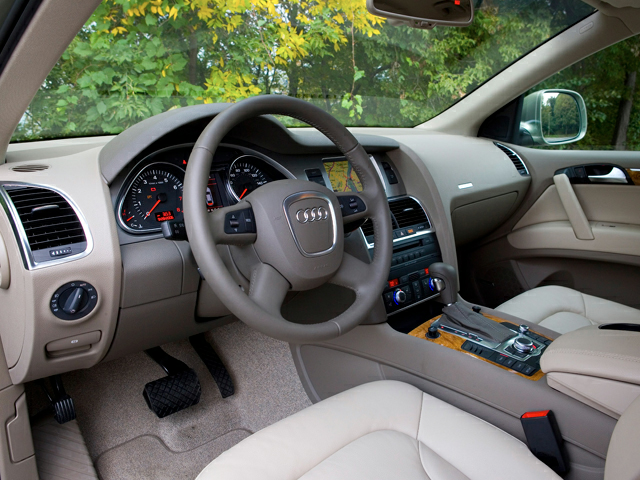 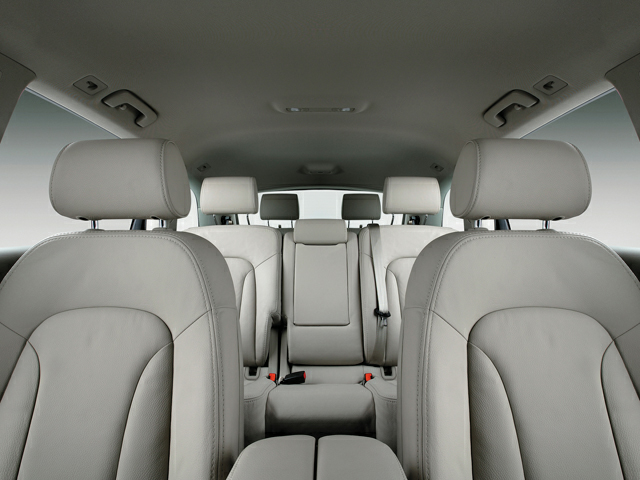 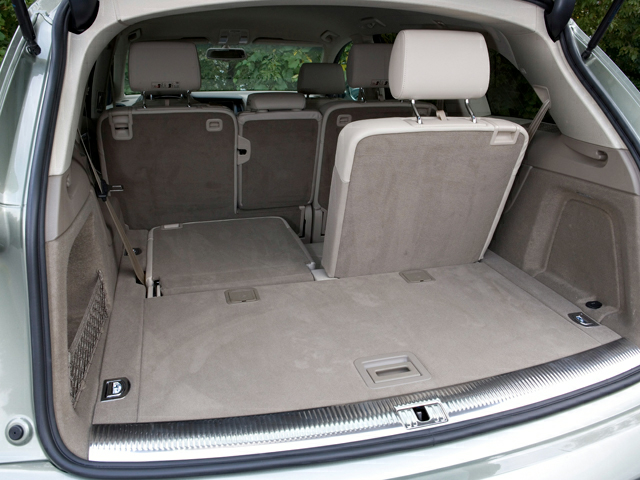 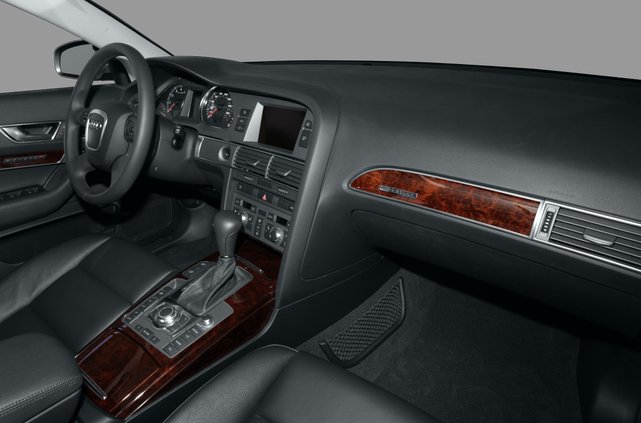 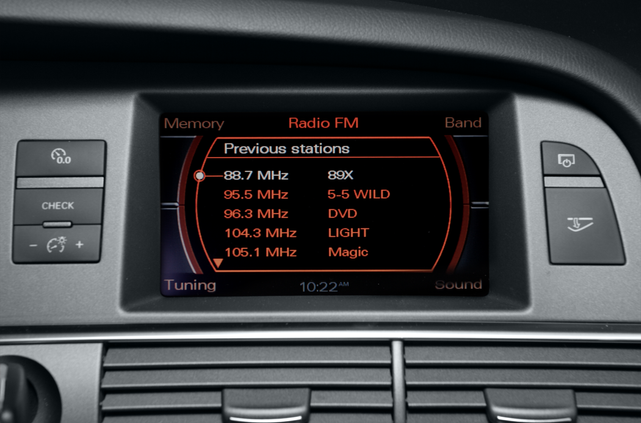 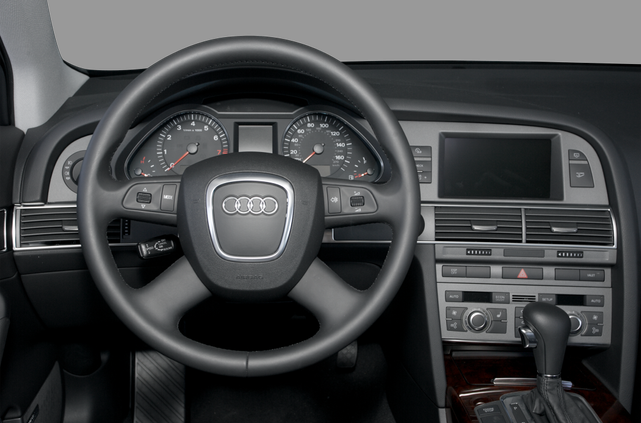 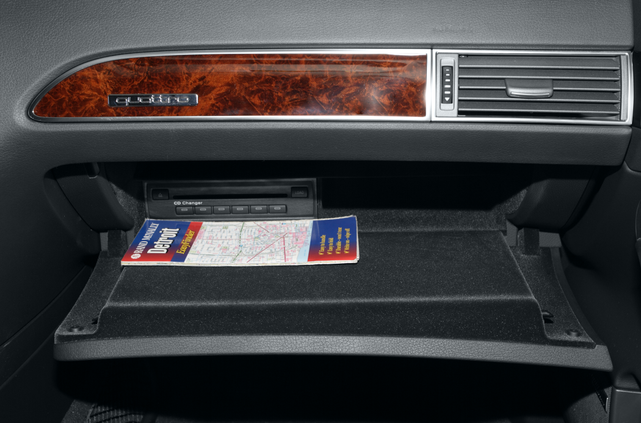 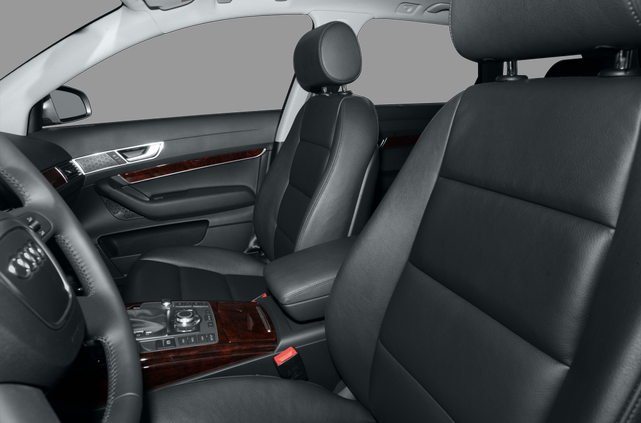 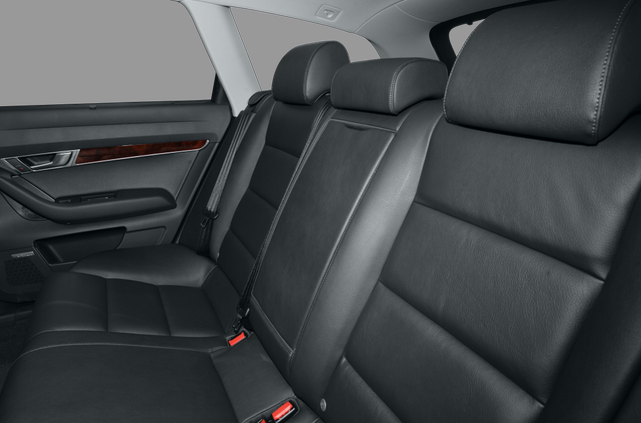 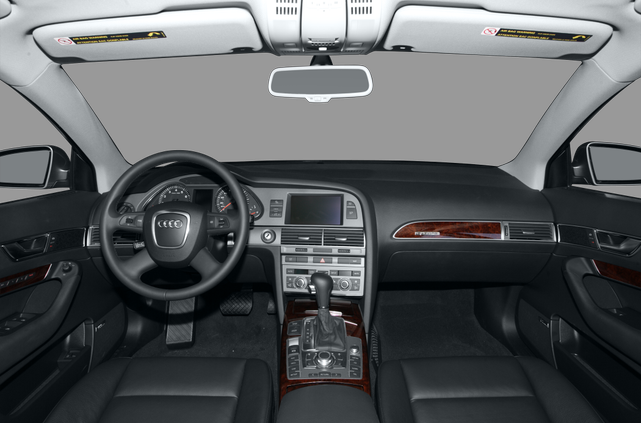 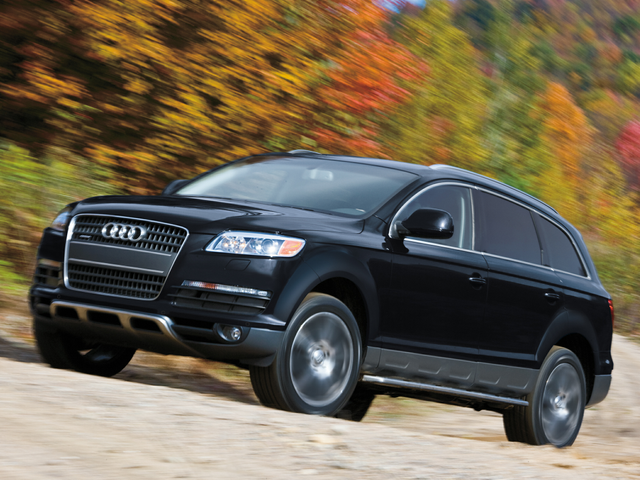 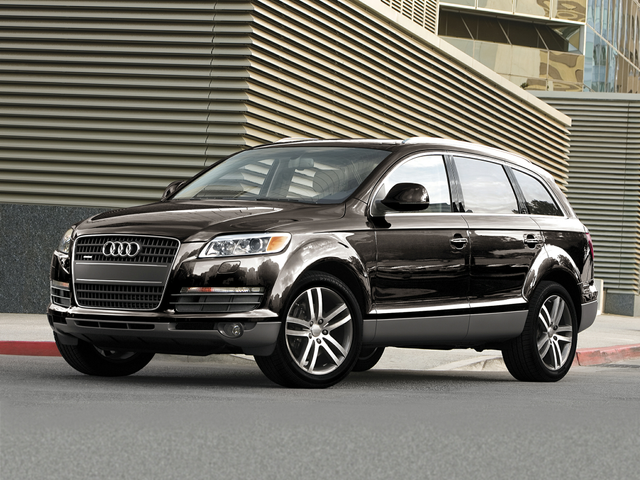 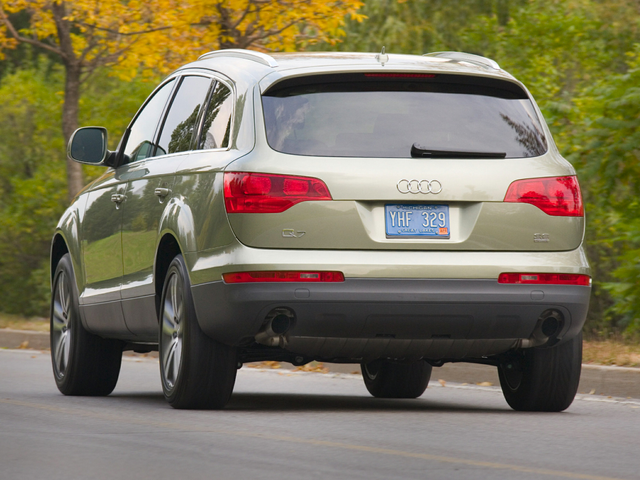 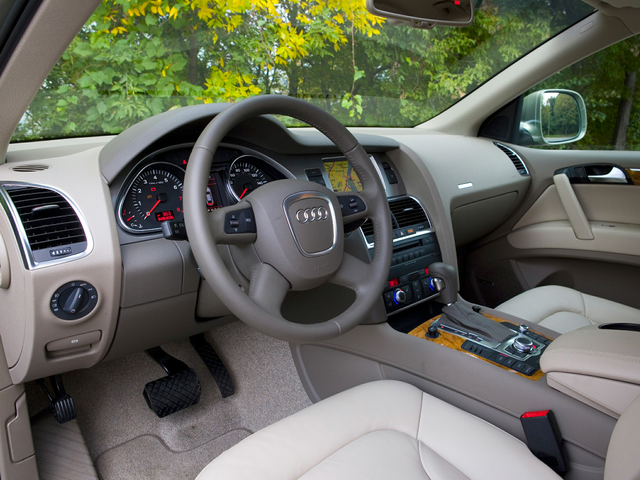 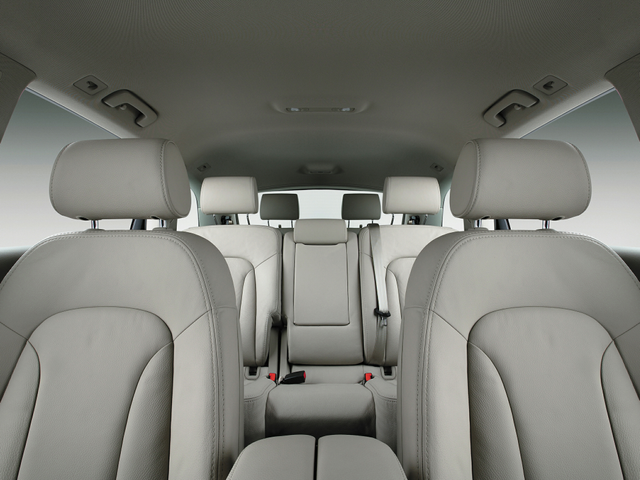 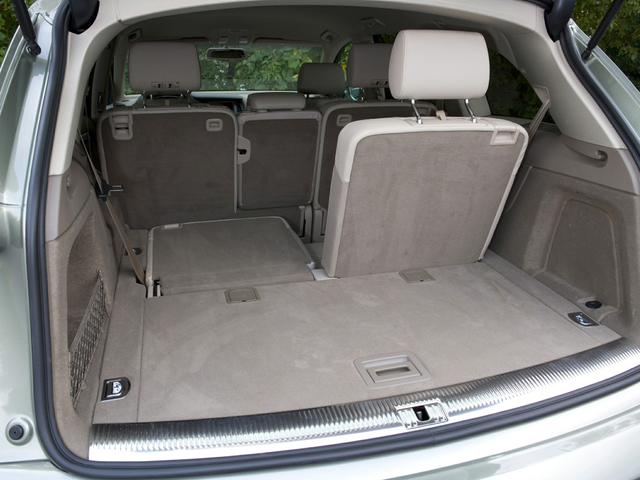