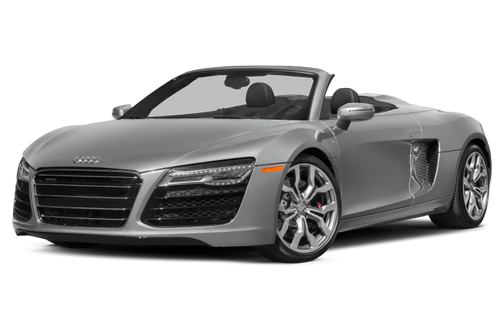 Our 2015 Audi R8 trim comparison will help you decide.

The 2015 Audi R8 introduces some new options, including a diamond-stitched Alcantara headliner and sport exhaust for models with the V-10 and an automatic transmission.

How Does the 2015 Audi R8 Compare to Other Coupes?

While the 2015 Audi R8 is undeniably a supercar, with supercar power and supercar speed, it also has a milder side that competitors like the Nissan GT-R don't. This isn't a car that feels wound up all the time; it's as at home in more casual driving settings as it is on a track.

In terms of interior appointments and comfort, the Audi R8 doesn't distinguish itself much — for good or ill – compared with competing models. Cargo space is, however, the model's Achilles' heel; it offers a dedicated cargo area up front that's only 3.5 cubic feet. That's less than the 911's 4.1 cubic feet and pales in comparison to the GT-R's 8.8 cubic feet and the GranTurismo's 9.2 cubic feet.

What Features in the 2015 Audi R8 Are Most Important?

The 2015 Audi R8 comes standard with a 4.2-liter V-8 engine that produces 430 horsepower and 317 pounds-feet of torque; this engine comes mated to a six-speed manual gearbox. Every Audi R8 is equipped with Quattro all-wheel drive. Optional engines include a 5.2-liter V-10 that makes either 525 hp and 391 pounds-feet of torque or 550 hp and 398 pounds-feet. Ceramic brakes and a seven-speed S tronic dual-clutch automatic transmission with paddle shifters are also available.

Other significant standard features include 19-inch alloy wheels, LED headlights and taillights, sideblade air intakes behind the doors, a transparent canopy behind the seats that shows off the engine, dual exhaust tips, a power-extendable rear spoiler, leather and Alcantara sport seats, a six-CD changer and Bluetooth connectivity. Notable available features include carbon-fiber trim, a Bang & Olufsen stereo and a navigation system with Audi's Multi Media Interface.

As is required in all new cars, the 2015 Audi R8 comes equipped with antilock brakes, front airbags and an electronic stability system. The R8 also features knee airbags and seat-mounted side-impact airbags.

The 911 Turbo S can easily keep pace with the Audi R8 under any driving conditions, and the GT-R is significantly more affordable than the Audi, but the 2015 R8's looks are stunningly distinct. Stylistically, it's nearly the platonic ideal of a supercar, and if that's what you're looking for, you may have found your match – as long as you don't plan on bringing too much stuff with you.

December 28, 2019
By Jackson from Gainesville, FL
Owns this car

Comfort in sport mode and long trips. Fun to drive. Reliable. Audi care is awesome. Low maintenance. Very fast. Best exotic car out there. I would highly recommend this car to anyone looking for a super car

The Audi R8 5.2L V10 is a super-car with style and comfort. Its sporty not flashy. Its low key yet stunning Its a high performing vehicle with style and class. Its Iron Mans Vehicle! Get your cash/debit/credit card ready for gasolina - the 5.2L V10 engine likes to drink and if you have a need for speed you'll be more than happy to accommodate :-) This is a fun car for sure!

November 8, 2017
By Bpessell from West Hills, CA
Owns this car

My R8 Spyder is my everyday car. I currently have over 34,000 miles and I love it. I am getting ready to buy the new one. I have not had any problems and it is fun to drive. Just pricey.

All model years for the Audi R8 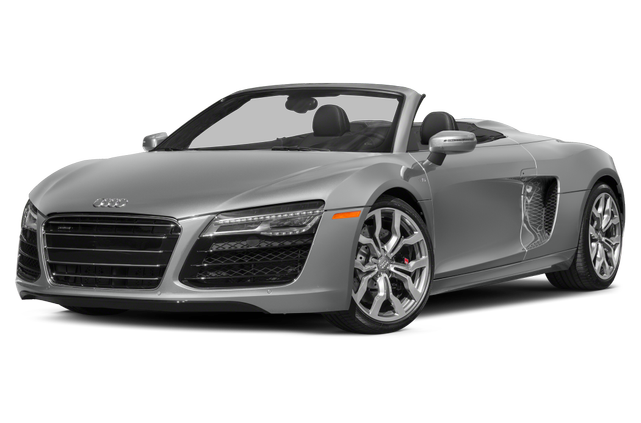 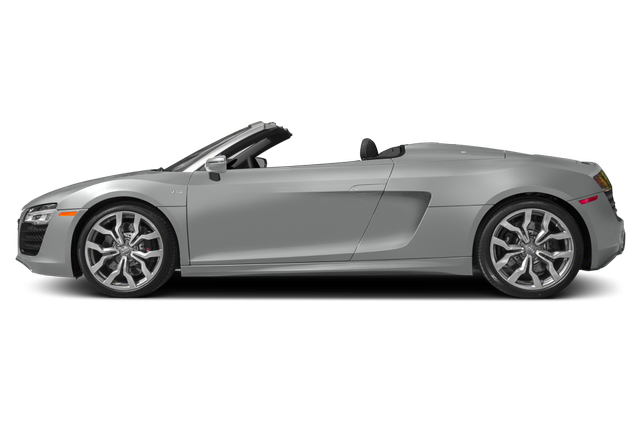 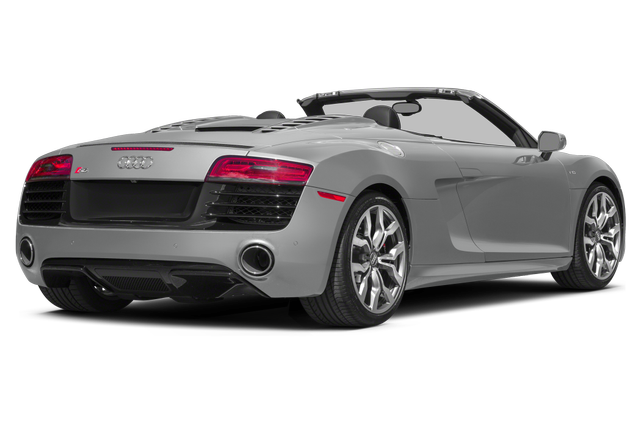 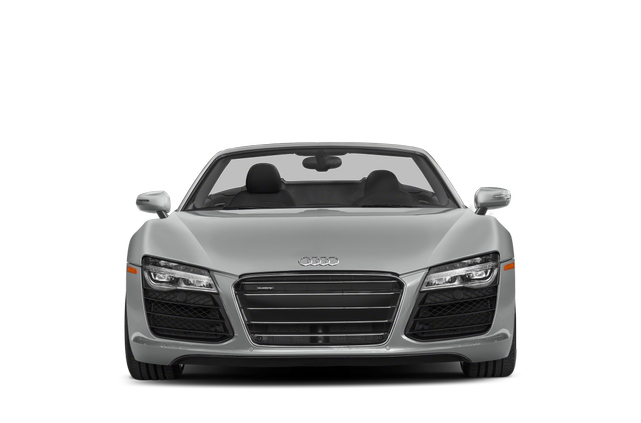 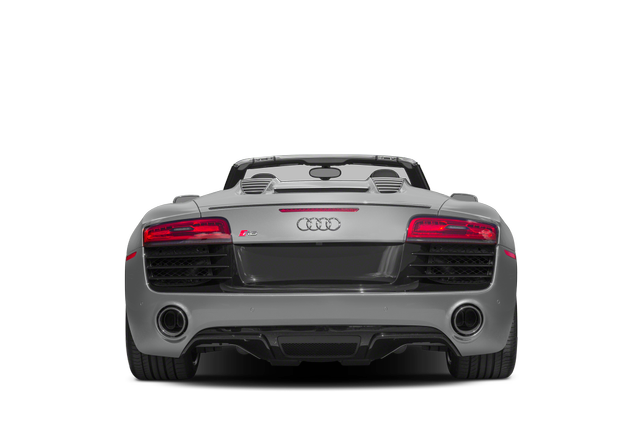 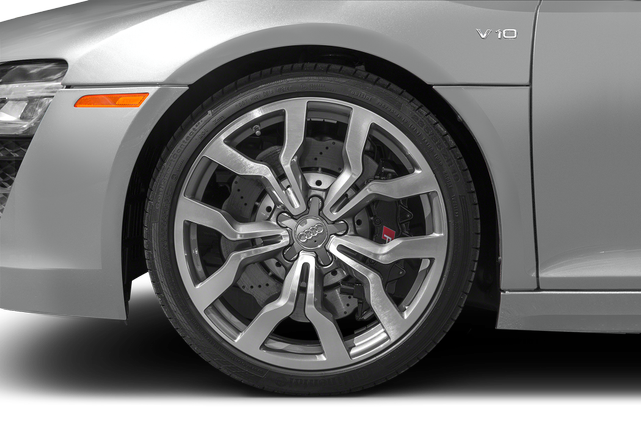 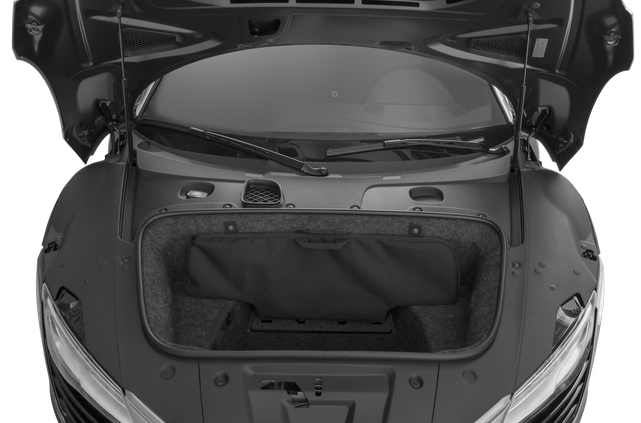 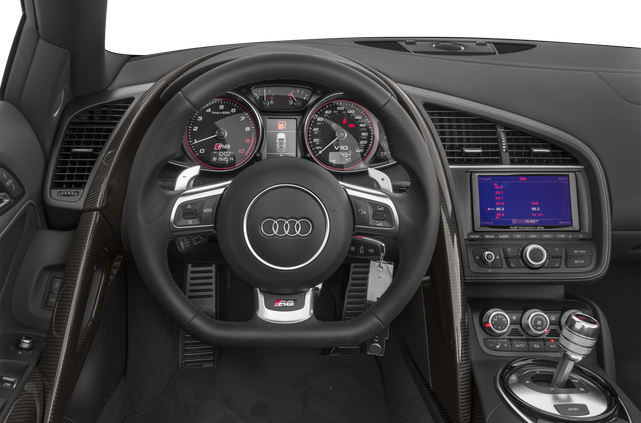 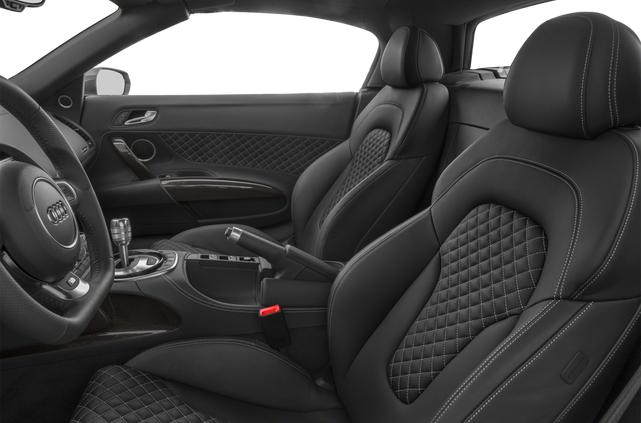 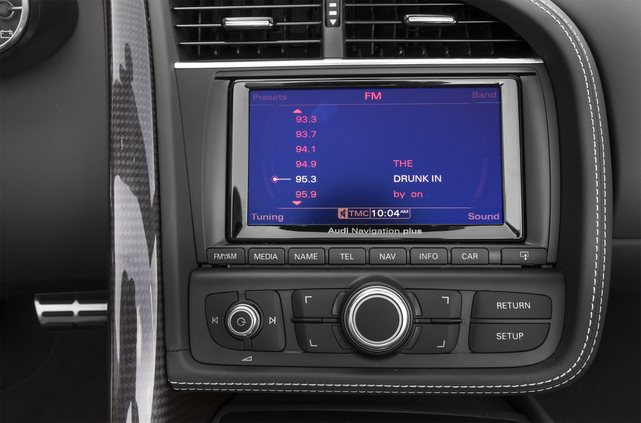 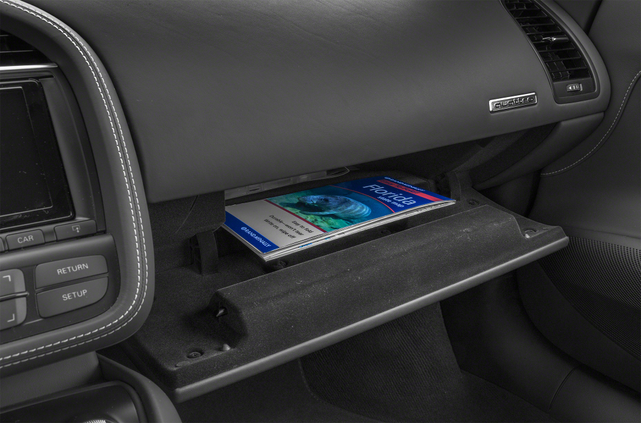 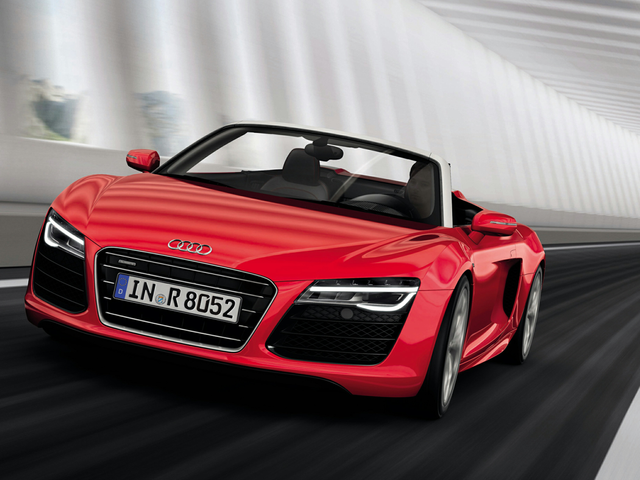 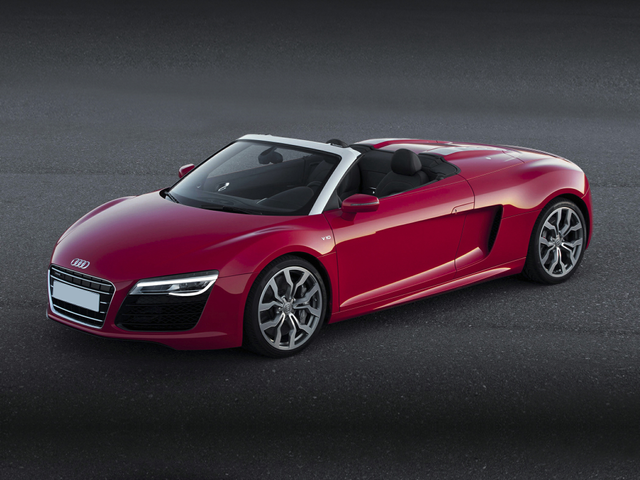 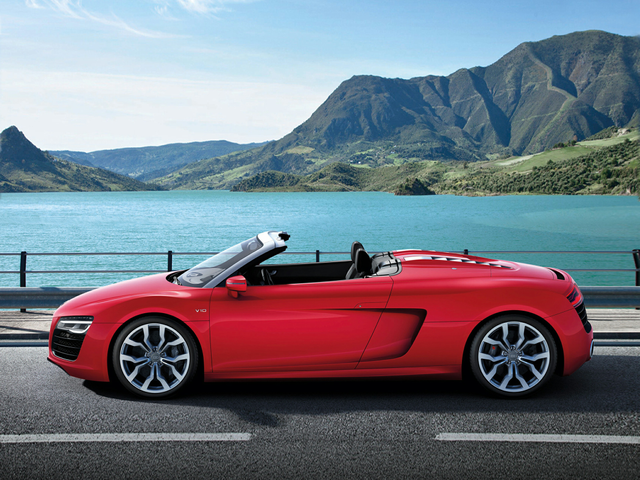 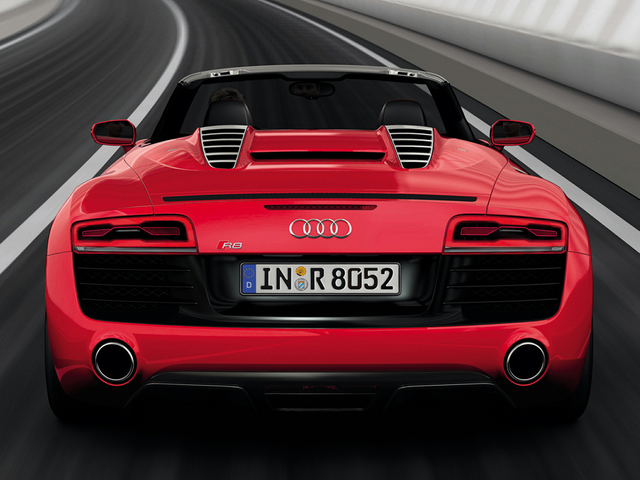 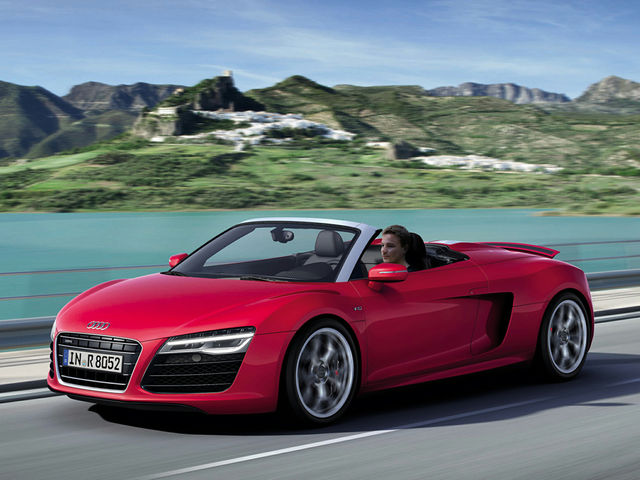 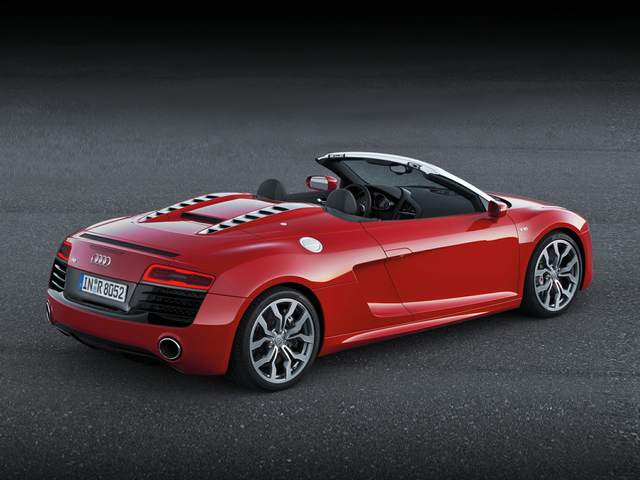 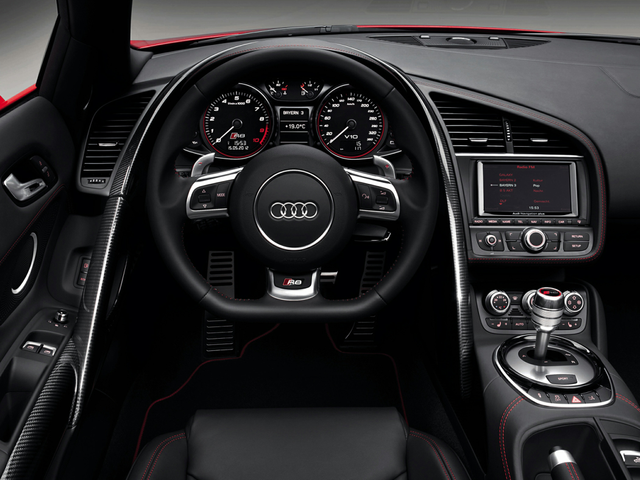