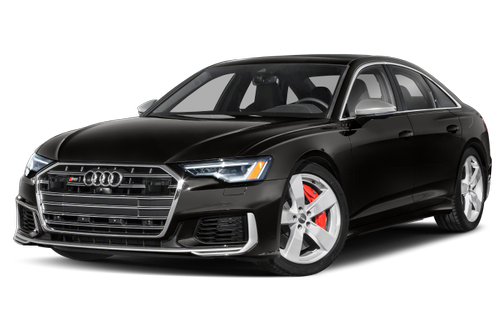 Our 2020 Audi S6 trim comparison will help you decide.

Audi’s A6 mid-size sedan was redesigned for 2019, and for 2020, the S6 model is rejoining the lineup. The sport-oriented version of the A6 sedan wears more aggressive styling and gets a new twin-turbocharged engine with a mild-hybrid component.

Power comes from a new twin-turbocharged 2.9-liter V-6 engine that’s good for 444 horsepower and 443 pounds-feet of torque. It pairs with an eight-speed automatic transmission. Audi says the S6 can sprint from zero-to-60 mph in 4.4 seconds.

Like other recently redesigned Audi models, it uses the automaker’s new 48-volt mild-hybrid electric system, which Audi says improves responsiveness off the line as well as fuel economy. A motor-generator captures energy under deceleration and stores it in a battery. There’s no word yet on fuel economy estimates, however.

Audi’s Quattro all-wheel drive is again standard, with 60 percent of the torque going to the rear axle and 40 percent to the front. The automaker says that, when needed, the system can redirect power to the opposite axle, sending up to 70 percent of torque to the front or up to 85 percent to the rear wheels. On top of that, the optional Quattro sport differential system can split torque between each of the rear wheels, including directing nearly all the torque to one wheel.

Outside, the new S6 wears specific bumpers and a platinum, double-slat version of Audi’s signature grille, as well as aluminum exterior side mirrors. In back, it distinguishes itself from the rest of the lineup with cues like four S-specific tailpipes and a rear diffuser inlay in black chrome matte.