Our 2004 Bentley Continental GT trim comparison will help you decide.

People with the cash to buy the 2004 Bentley Continental GT coupe aren’t concerned about petroleum prices. They own the wells.

Thus, it makes little sense to talk to them about buying “responsible cars,” or to lecture them on “buying green.”

They already have lots of green — currency, stocks, bonds, bonuses and big salaries. They enjoy spending it. To them, paying $150,000 for a Continental GT that gets barely 14 miles per gallon on the highway is a bargain.

This is offensive to people of modest means and moderate temperament. It causes outrage among the morally self-righteous, especially those who equate poverty with virtue and wealth with sin.

But it tickles the heck out of me.

Blame it on religion, specifically on the Gospel of Green according to Reverend Ike, formally and officially known as the Rev. Dr. Frederick Eikerenkoetter.

I grew up listening to Reverend Ike’s radio broadcasts in New Orleans, much to the consternation of my late, very Catholic parents, Daniel Thomas Brown Sr. and Lillian Gadison-Provost Brown.

My father, a Catholic convert, was particularly irate, sometimes snatching the little RCA transistor radio out of my hands whenever he heard me listening to the good reverend, whom Daddy regarded as both a fraud and an apostate. I fixed that problem by buying earphones and listening to Reverend Ike in the dark of my bedroom.

The man talked sense to me. “The first thing to do for the poor is not to become one of them,” he would say. And I’d say “Amen” to that.

I think Reverend Ike, who is still around preaching his brand of theological economics, would like the Bentley Continental GT coupe. After all, in a way, he was the man who introduced me to Rolls-Royce, of which Bentley was a part for 70 years before the two companies separated in 2003.

Reverend Ike was the first black man I knew who actually owned a Rolls-Royce motorcar. As a pubescent car freak surrounded by Chevrolets, I thought that was way cool, which is pretty much what I think about the Continental GT.

I can’t pretend to be even mildly distressed by the opulence and performance of this all-wheel-drive, four-seat coupe. Its interior is a thing of beauty — polished, curved woodwork with delicate inlays; supple leather; and superior passenger-cabin acoustics that favor both low-decibel conversation and high-decibel music.

An d, yes, the rear seats are for real. Two adults of compact girth and height can sit back there in genuine comfort on trips long or short.

The Continental GT has an abundance of electronics including 70 microprocessors and 35 computer-control units operating and monitoring braking, emissions, engine, transmission, safety systems and other functions.

But more notable is that the technology is unobtrusive and easy to use. You need no graduate degree in technology to master it. But you do need considerable driving skills. The Bentley Continental GT is a powerful car — capable of delivering a maximum 552 horsepower and 479 foot-pounds of torque from its 6-liter, twin-turbocharged W12 engine (imagine two connected V-6s).

Bentley’s engineers say the car can launch from zero to 60 miles per hour in 4.7 seconds and can attain a maximum speed of 198 mph.

I did no real-world test of those claims. Instead, I was content to tour Virginia’s roads at posted a d median highway speeds while listening to the burble of the Continental GT’s engine and contemplating Reverend Ike’s words on eternal justice.

Said he: “If it’s difficult for a rich man to get into heaven, think how hard it must be for a poor man. . . . He doesn’t even have a bribe for the gatekeeper.”

December 2, 2018
By Deanbrasco from Las Vegas NV
Owns this car

It?s one of the best exotic luxury cars I have ever owned. On the other hand, it is a gas guzzlers as if you are driving an 18 wheeler.

September 30, 2018
By Enrique from Kansas City
Owns this car

The car meet all my needs. Its the type of car that turn heads around! I enjoy it every single time i get it out of the garage a dream car!

A good car not a great car

This car really meant my needs, I used it for everything and it was very reliable. Really great car and good gas mileage.

Rating breakdown (out of 5):
0 people out of 1 found this review helpful. Did you?
Show full review
See all 8 consumer reviews 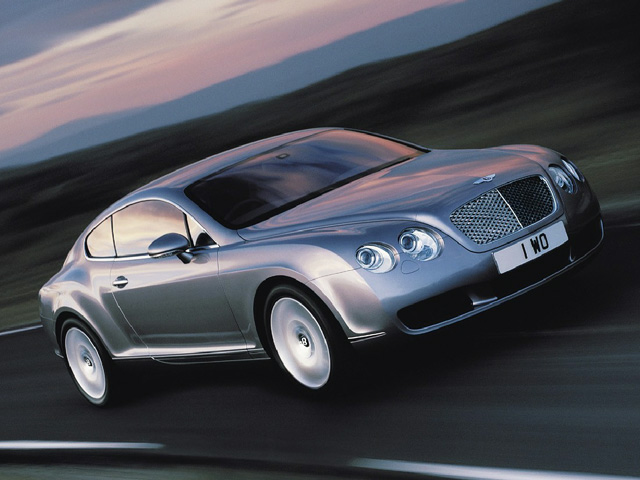