Our 2008 Bentley Continental GT trim comparison will help you decide.

I still feel guilty and ashamed that I drove a 2008 Bentley Continental GT to the grocery store, preschool, bakery and coffee shop. I don’t know why I felt so badly about it, seeing as the Continental didn’t complain. But I felt like I had to explain to the car why it was charged with these ridiculous, mundane tasks.

“Um, Bentley, please forgive me for not driving you in a more appropriate manner, but I need to review you in the MotherProof.com style,” I said. “You deserve so much more, like a drive to somewhere fancy at the end of long, twisty roads with nobody else on them.”

It should be no surprise that driving the Continental was a refined experience. It wasn’t all hard and sport-oriented. Oh sure, it was responsive, but I didn’t feel every pebble in the road. Instead, it seemed to not overdo it. Is this possible? Could the Bentley really tell what would make this driver happy and adjust accordingly? I asked, but it wasn’t telling.

But Bentley, you’re sneaky because most people don’t recognize you. It’s not that you’re bland, by any stretch of the imagination. I just think there are some imitators that keep people from recognizing you in your Continental GT skin. But a clever few did recognize you long enough for me to catch either longing glances or glares of disdain as I drove by. Maybe they know that you can’t possibly be my car. “Bentley, do you think we’ve fooled them?”

SENSE AND STYLE Family friendly (Not Really, Fair, Great, Excellent): Not at all Fun factor (None, Some, Good Times, Groove on): Are you kidding me?

Despite my transparent attempt to claim the Continental GT as my own, there’s nothing I’d change about it if it were. The paint is deliciously devious. When the Continental was dropped off at sundown, I swore it was a black-colored exterior. The next morning, I woke to a surprisingly deep brownish, raisin-y, plum-colored car. Bentley informs me it’s called Black Velvet, which costs an extra $4,090; I call it delicious. Oval shapes are echoed all over the car, and my favorite one had to be the side windows. The Bentley doesn’t have a B-pillar, so you get one lovely, oval-shaped opening when both the front and rear side windows are down. Speaking of openings, I loved the trunk, too.

Bentley just reminded me that it’s not a trunk; it’s a boot with an automatic opening and closing feature. An automatic boot; I love it.

There’s also a cool door-closing feature. If you close the car door without enough oomph for it to shut all the way, a door auto-latch activates and closes the door the rest of the way for you. The adjustable air suspension allowed me to find just the right kind of ride, and it was amazing. This car goes from 0-60 in 4.3 seconds. It’s a twin-turbocharged W-12 engine that makes 600 horsepower; I sure ran those errands quickly.

The ride was posh. It was comfortable and sporty without being too stiff; it was aggressive without being hyperactive. And it took my breath away.

I took 81 pictures of the Continental. Enough said, right?

During my test drive, I had to run errands and gather items from various merchants for a fund-raiser. This provided me and the Bentley with a lot of entertainment, because the Continental GT visited places that I’m pretty sure it had never been before, including a stop at a tattoo joint.

“It’s a place you go when you want to have a piece of art permanently emblazoned on your body.” I said. Getting a blank stare from the car, I continued, “You know, like your ‘B’ badges or, even more appropriate, like the embroidered Latch connector symbols on your backseats.”

Yes, moms and dads, the B had Latch connectors with embroidered icons indicating their placement, thank you very much. But rear-facing infant-safety seats and convertible car seats won’t fit in the backseat. My kids, who sit in booster seats, were comfortable in the rear seat. But trust me; you’ll never, ever want to put child-safety seats in this car. Car seats will be the beginning of the end for this beautiful machine. Once you install a car seat, you just might allow a kid in there, then a snack or two and maybe even a drawing utensil. Even if you don’t allow those things, your children – as fabulous as we all know they are – will sit in the back and get the beautiful wood veneered interior full of fingerprints. I’m not trying to be down on kids in the Bentley, but kids are gunky and they’ll mess up your Continental. And it will break your heart.

It’s got the plushest, most beautiful carpet. The leather is soft and supple, and the seats had a multitude of adjustments. I hate to say this, but the seats made me crazy. I couldn’t find the right spot where I could get good visibility over the dash and still sit comfortably. When you got out of the car, the seat scoots back to give you room to move. But when I’d get back in, the seat never seemed to move back to its proper spot, and I kept setting the driver’s seat memory button. But the Bentley is so luxurious and considerate that I wondered if my own pesky body wasn’t growing and shrinking a couple inches just to confuse the car.

The Bentley has lots of stealthy and surprising features. It’s got a Breitling timepiece in the center stack. The multimedia system controlled nearly everything in the Continental. There was a central knob that did most of the work. This knob’s feel changed depending on the task at hand. For example, if you used it to surf the radio stations, the knob would turn and turn and turn. However, if you switched to the climate control and wanted to turn the fan to High, the knob would stop turning after a few clicks. This knob knew when to behave a certain way (maybe it could teach my kids a thing or two). This kind of attention to detail was delightful, thoughtful and impressive.

As you can imagine, the Bentley Continental GT comes with all manner of standard safety features. It’s an almost $200,000 car, people; no detail is overlooked. There’s an electronic stability system with traction control; ventilated disc brakes with an antilock braking system; brake force distribution and brake assist; driver and passenger front- and side-impact airbags; front and rear side curtain airbags; seat belt pretensioners for the front and rear seats; and a tire pressure monitoring system. I also loved the rearview camera. Nice job keeping us protected, Continental!

I’d love to have the opportunity to test-drive a Bentley again. As accommodating as the Continental GT was, I was only allowed to drive 200 miles. As a parent, I can respect Bentley setting some boundaries, but I wish they didn’t apply to me.

October 6, 2019
By Miguel from Florida
Owns this car

I definitely recommended . It’s a joy always to drive very comfortable I purchased this vehicle two years ago it’s time for an upgrade Service been done always to the Bentley store Clean carfax

Most expensive car ever driven

It’s a great vehicle I would recommend to anyone who can afford it. Love the styling along with the stature that a Bentley brings to everyday driving

This was always one of the cars on my bucket list so as of last year I purchased my 2008 Continental GT. I love everything about the car other than the cost of maintaining it in the last year I have probably spent close to $5,000. But when you buy the high-end pre-owned car you have to expect that

Rating breakdown (out of 5):
5 people out of 5 found this review helpful. Did you?
Show full review
See all 5 consumer reviews 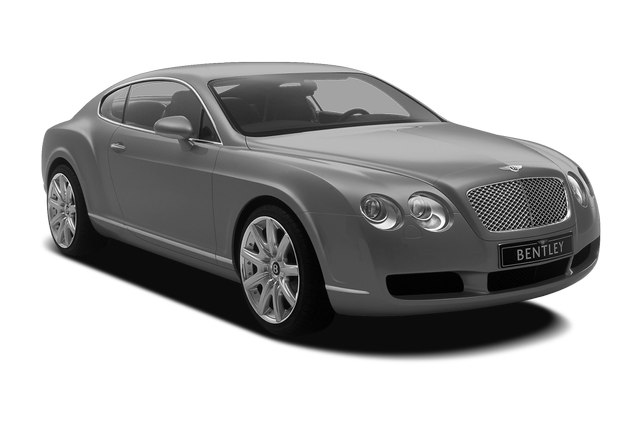 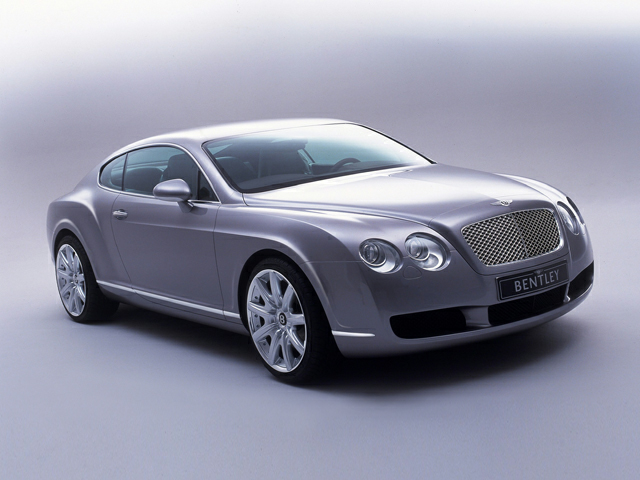 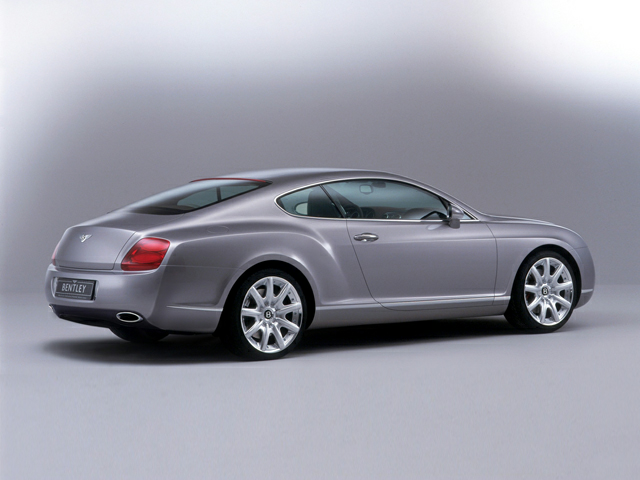 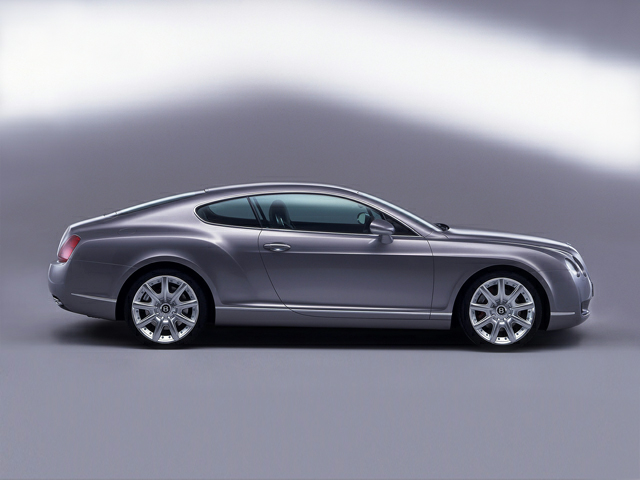 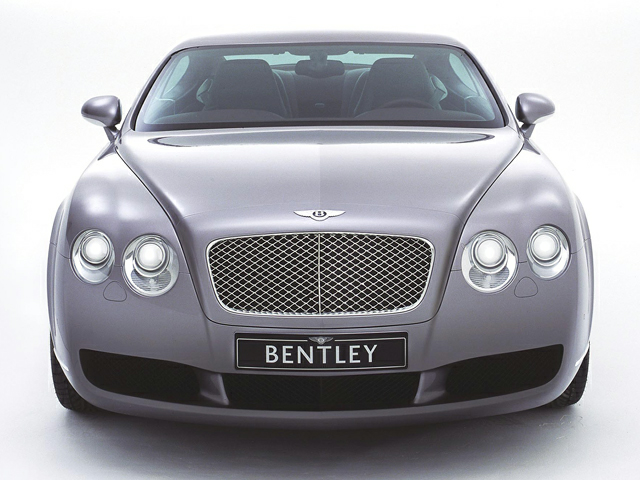 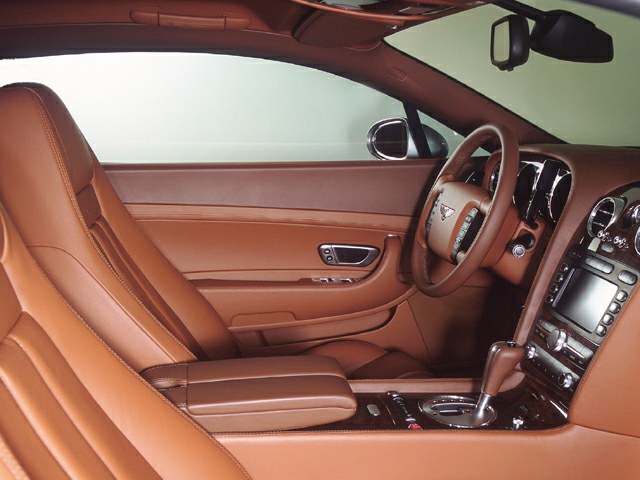 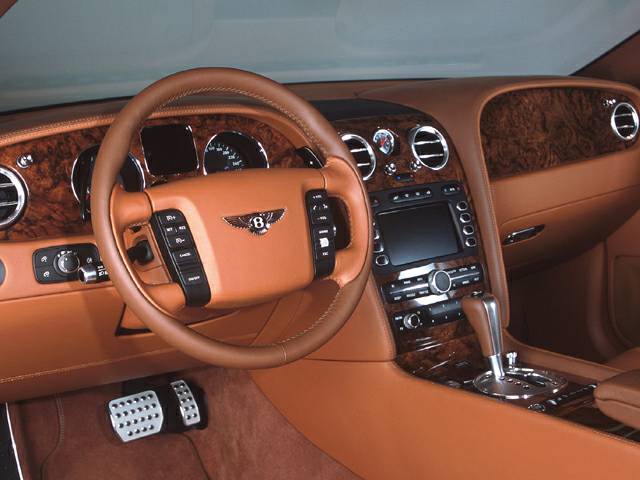 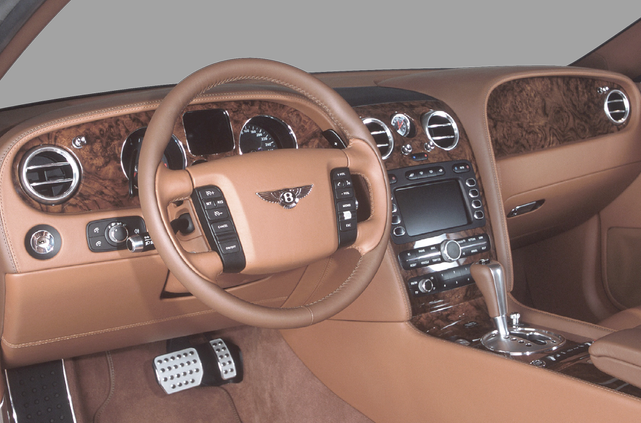 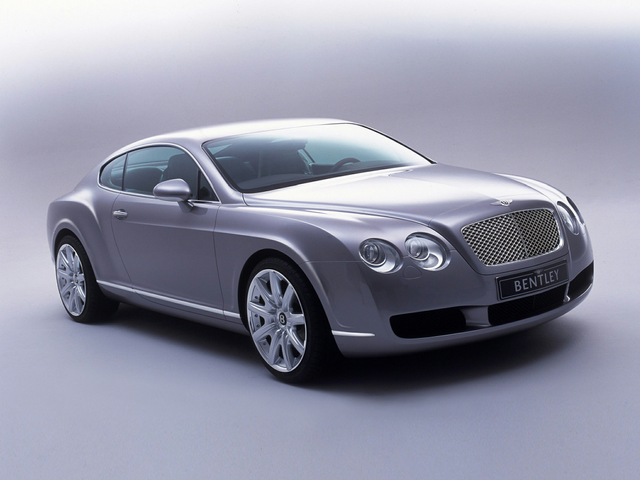 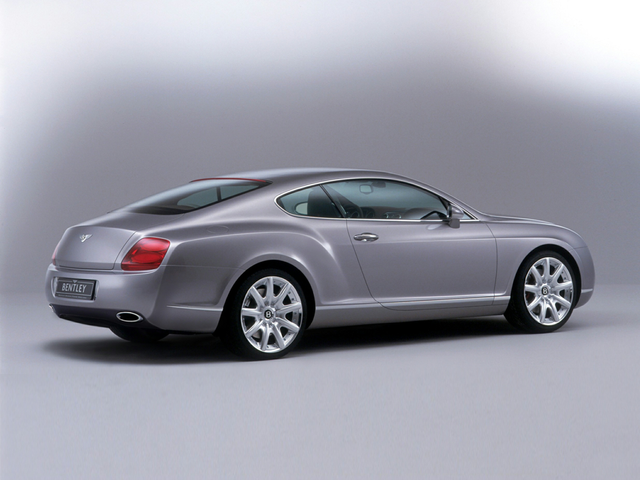 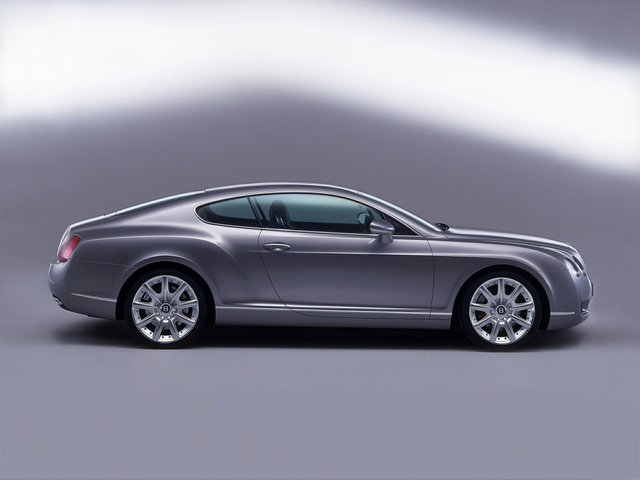 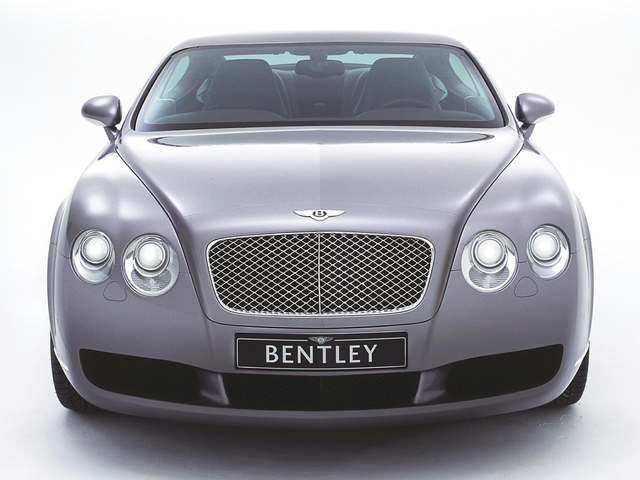 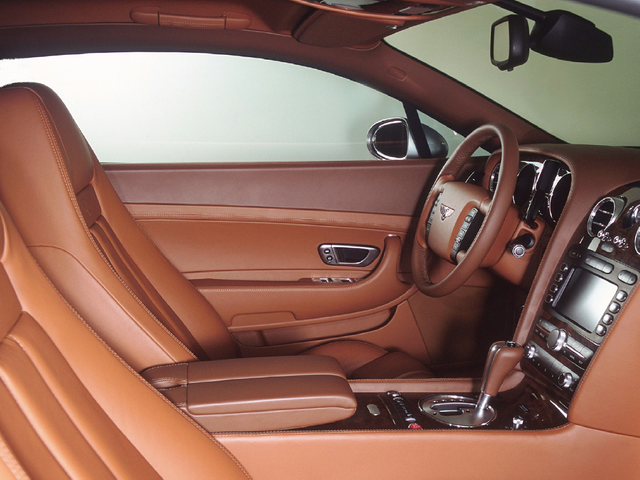 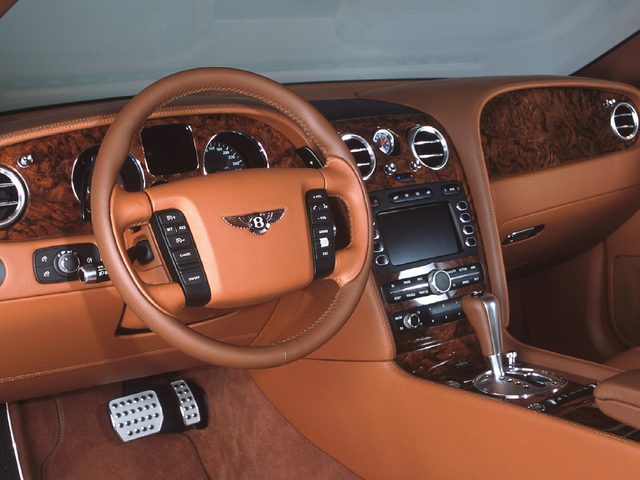