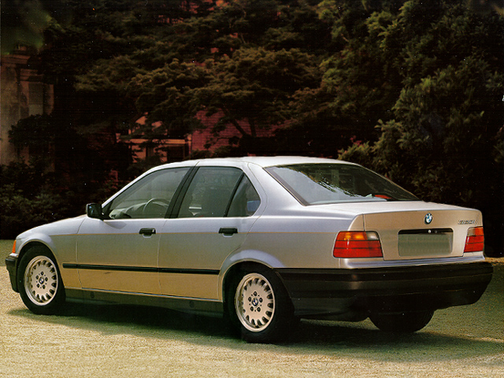 Ergonomics is a fancy word that describes the relationship of man to the machine. At BMW, the 325i Sedan is ergonomics in action.

The 1992 BMW 325i is the latest offering from the German automobile manufacturer. To make the car easy, efficient and safe to operate, the company has turned up its engineering burners to full flame.

The result is a 3-series motor car attuned to what drivers need. It doesn’t make a whole lot of difference whether you start at the front or back, high tech dominates the features that contribute to the sedan’s performance and handling characteristics.

Up front is a new 2.5-liter, 24-valve, in-line 6. In a time when most six-cylinder engines are of the V-6 configuration, BMW stays with its traditional six-in-a-row configuration for its double-overhead-cam power plant.

Amidship is a new five-speed manual gearbox, or a four-speed electronically controlled automatic transmission with three shift programs. At the back is a C-link rear suspension that is so unlike anything in its class it is patented. Previously, this independent rear suspension was used only in the BMW Z1 sports car.

It’s on these basic elements that the 325i is built. When combined with the car’s passenger cabin elements, the end product is a world-class set of wheels – one readily acceptable in international markets.

Current or past BMW owners, or even those who never have been introduced to the nameplate, will adapt easily to the automobile.

The 325i sedan that Sennis Reinbold, vice president and general manager of Dreyer & Reinbold BMW, provided for a test car had most of the controls placed in the same location as past BMWs. Everything is clearly marked and almost automatically falls to hand after a few minutes of driving.

The test car was equipped with an automatic transmission that could be shifted manually – just in case the convenience of an automatic becomes boring.

The automatic considerably domesticates the 325i, although there was a lot of pep in the sport mode. The standard Getrag five-speed manual gearbox still will provide much quicker acceleration and flexibility, and that probably will be the choice of the hot shoes.

The car has near 50/50 (front/back) weight distribution that permitted going through the corners with a high degree of panache. The chassis doesn’t play any tricks on you, and don’t get the impression you’re suddenly going to be looking at where you just have been.

Basically, it’s a four-passenger car offering complete comfort. The sedan was a little easier to enter than to exit due to the need to climb over the bucket seat’s side bolsters. There was quite decent room for driver and passengers.

Maybe for $30,000 there should have been power seats, but that was about the only thing missing in the comfort and convenience departments. BMW thinks of its ’92 325i as a driver’s car that launches like a rocket and stops like someone dropped the anchor overboard, courtesy of anti-lock brakes.

One of the most reliable cars o ever had

My Love of my Life. Original Owner.

The best BMW ever Made. The e30’s are iconic and legendary for there style of driving and looks. Other Manufacturers have always tried to copy this e30 but can never be duplicated. These cars are only going up in value and becoming more rare. Great investment.

The Car Ran Great I Love The Handiling the take off My Car was a 2Door BMW 325is manual Had so much fun with it . i recommend this too anyone Great Car

All model years for the BMW 325 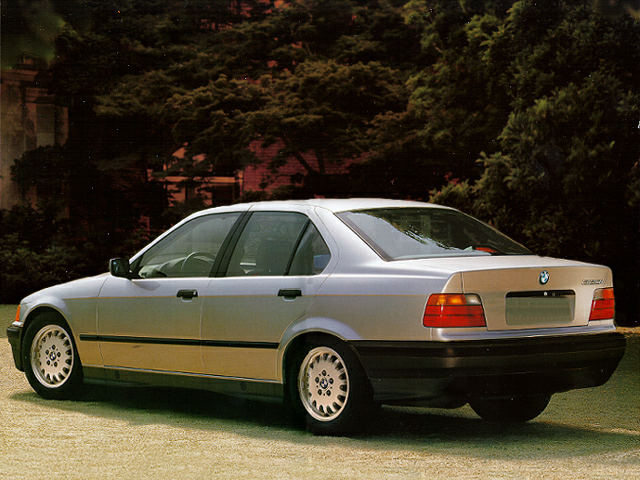