In our long, hot summer, I didn’t want to even think about topless motoring, much less spend a week doing it. Yes, hot summer nights do have some charm when the air conditioner’s blasting, but forget about UV-A and UV-B.

But now as fall looms, the charms of a car that’s really two cars in one begin to be more seductive. And this week’s scrutinizee is a real spoiler.

The 3 Series is the smallest of the BMW-labeled offerings in this country, though calling them “entry-level” rings false in a couple of ways. They’re too sophisticated and too expensive to wear such a plebeian tag.

In some ways, I’ve always found the 3 Series to be the most enjoyable of all the horses in the BMW stable. Thanks to its tidy size and mass, it allow a bit more intimacy between driver and road than the larger offerings.

The 3 line is at midlife, and so was given an exterior “freshening” for the 2002 model year, along with evolutionary mechanical tweaks. The convertibles’ looks are the least different, but they still are particularly dashing. Their proportions, top up or down, just work.

There are two choices, the 325Ci and the 330Ci, differing most existentially in what’s under the hood. Depending on how flush you’re feeling these days, the choice may come down to price – there’s a $6,300 chasm between them in stock trim.

Because of their exclusivity and their extra mechanicals, the convertibles are the most expensive members of the 3-Series family. The 325Ci starts at $36,745, freight included, the 330Ci at $43,045. Both of those prices eclipse those of even the all-wheel-drive sedans, in furtherance of the proof of my premise that convertible owners are, by and large, nuts. In the case instant, however, the dementia case is harder to make – this car outhandles most of the sedans and coupes on the road today and is as well a paradigm of good convertible behavior.

Last point first. The 330Ci has a well-mannered powered top, which folds itself and tucks neatly under a metal cover with a gentle press on a switch when one wants to let the sun shine in. It’s just as easily reversed when the weather is adverse, mating easily with the top of the windshield on the return trip.

The car is so set up that a six-footer does not get a scalp massage when motoring briskly al fresco. All too often in cars of this size one’s head protrudes into the airstream. But here, thanks to a fairly low seating position and a front windshield allowed to ramp up at a sensible angle, the air rushes over both vehicle and occupant at the highest legal speeds.

Furthermore, at such speeds, there’s relatively little turbulence in the passenger space. I wouldn’t put a stack of hundreds on the co-pilot’s seat, but it isn’t the vortex effect again too often found on vehicles of the type.

When the top is up, visibility suffers big time, what with the smallish greenhouse and the large, opaque sailplane. The rear window isn’t exactly panoramic either . But devotees will counter that only a motorcycle offers a less obstructed view when the top is where it belongs.

The 330Ci’s top is thick enough to provide considerable sound-deadening effect even at freeway speeds. Of course if it’s down, you might as well be in a foundry when motoring on the freeway.

Of the XXLT persuasion, I nonetheless felt quite comfortable behind the wheel of this car which is officially designated a mini-compact. Because of the space taken up by the motors and the hideaway space for the top, the 330Ci has only 80 cubic feet of interior space. As you might infer, that doesn’t leave a great deal of lounging room for the alleged two rear-seat passengers, nor does it provide a trunk that would welcome multiple sets of Pings (7.7 cubic feet). The sedan version of this car is a compact, with 90.8 cubic feet of cabin space and a still-tidy 10.7 cubic feet in back. The biggest reason to go for the 330Ci over the 325Ci is of course hidden under that sleek hood.

Most convertible buyers are probably more interested in show than go, but the BMW-inclined will appreciate 0-60 times right at the 7-second mark, with the five-speed manual transmission. Equipped with the smaller engine, the car would need a couple of seconds more to accomplish the feat.

As the peak-power curve suggests, the car begs to be ridden hard. It pulled decently from about 2,000 rpm, but the big surge started at 4,000 or so and rose triumphantly toward the redline, the exhaust note turning from civilized to feral somewhere along the way.

Clutch actuation was easily managed, and the shifter was, if not the best ever, nonetheless delightful. The first three ratios are spaced widely enough that you’ll want to keep the revs up while shifting, but that’s half the fun. Fourth gear is a direct 1:1 ratio, while fifth is a mild (0.74:1) overdrive, yielding about 24 mph per thousand engine turns.

EPA estimates for this car are 20 mpg city, 28 highway. The 24.3 I logged in enthusiastic country drives, with a bit of freeway thrown in, speaks to the efficiency of BMW’s variable-cam design. The engine has two knock sensors, but premium unleaded is still strongly advised. The first time I dashed into a familiar curve, I was impressed with the rigidity of the chassis and the crispness of the steering, qualities that just became more endearing as our relationship matured. Many convertibles suffer from having their steel carapace cut off, exhibiting their displeasure by shaking and feeling uncoordinated when the road turns interesting. In the 330Ci, I soon went looking for road signs that looked like snakes. Grip comes from excellent chassis engineering and having plenty of rubber underneath. Standard skins are 205/50/17s, all-season, V-rated for continuous running up to 149 mph. You can get performance tires, both wider and bigger around, by opting for a sports package, though you hardly need to.

The 330Ci is rear-drive, of course, and has both traction control and stability control. The cool thing about this stability control, whose primary function is to keep you out of the woods by reining the car in when too much is asked of it in the way of cornering, is that it can be adjusted, as well as turned off.

Why would you want to do that? BMW cites very slippery road surfaces. Anybody who favors a rear-drive car over front-drive will think of other applications – you know, closed-course, professional driver, don’t try this at home stuff. Anyway, pushing the DSC button turns off the stability control, while one quick punch tells it to use only selective braking to accomplish its mission, leaving engine control to the driver. I found the car quite obliging even with DSC on.

Neither feds nor insurance folks have crash-tested this car, although the sedan version got very high marks from the insurance institute – but no fair extrapolating. The presence of dual-stage front air bags, along with a pair on the side, is no small comfort. The brakes are hefty ventilated discs all around, antilocked of course. Pedal feel was precise and crisp and stopping distances breathtaking.

The 330Ci has an enhanced audio system, a Harman Kardon unit which would give Bose a run in clarity and presence.

Alas, Edmunds.com says most folks are paying close to full retail for this car, but that is no surprise. At the suggested price, the test car would cost you $873 a month, assuming 20 percent down, 10 percent interest and 48 installments.

I’ve owned my 06 330ci ZHP for 9 years. I’ve spent almost nothing on this car except for oil changes.l and regular maintenance. The ZHP package gives it an upgraded suspension, exhaust, M3 wheels, steering wheel and interior trim.

10/10 would recommend again. You guys have to get this car!!! It’s amazing, it’s a classic, AND it’s REALLY FUN to drive!!! Do NOT buy the new BMW’s today. Instead opt in for this baby right here or ANY other BMW that were made prior before 2005. (HIGHLY RECOMMENDED)

March 7, 2022
By Clint Figwood from Fontana, California
Owns this car

I bought mine used and to tell you the truth I would highly recommend this car to anyone. Everything works great. I now have over 190,000 miles on it and it still runs like a dream. Of course you have to keep the maintenance up but that’s with any car. If you know how to fix it personally even better. But, I have a mechanic that does the harder stuff and I’m going to keep this car as long as possible. When it goes to BMW heaven I’ll buy another one. Excellent car!!!!

Rating breakdown (out of 5):
2 people out of 2 found this review helpful. Did you?
Show full review
See all 47 consumer reviews

All model years for the BMW 330 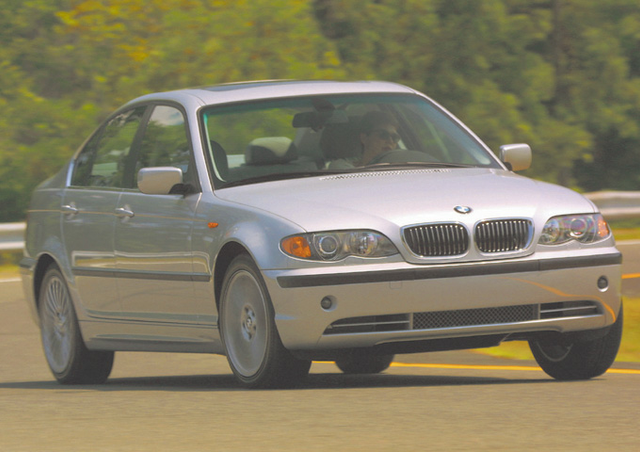 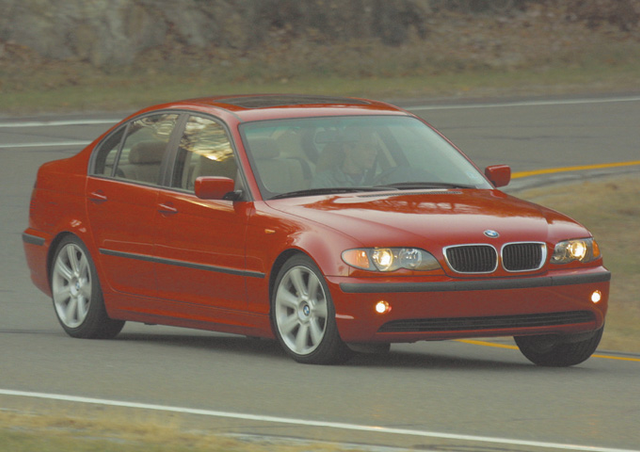 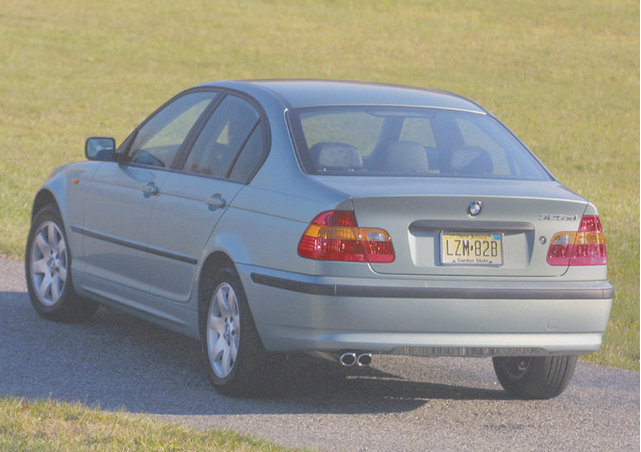 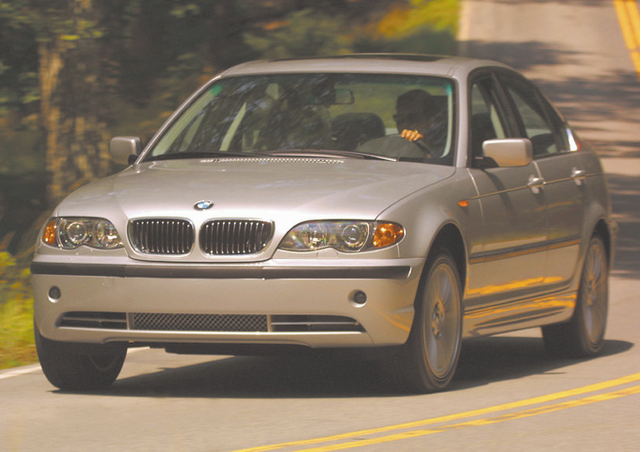 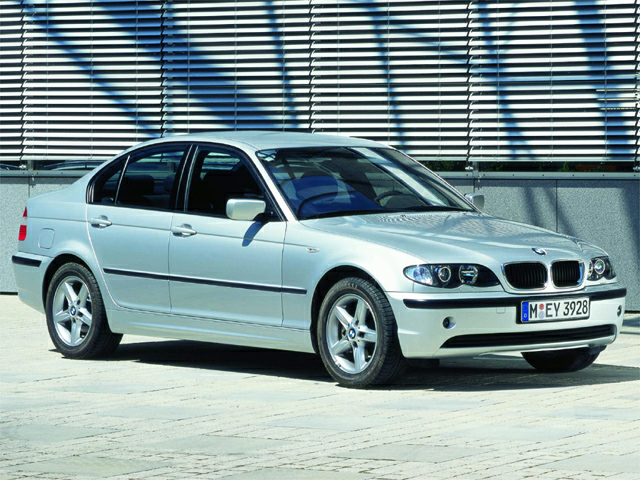 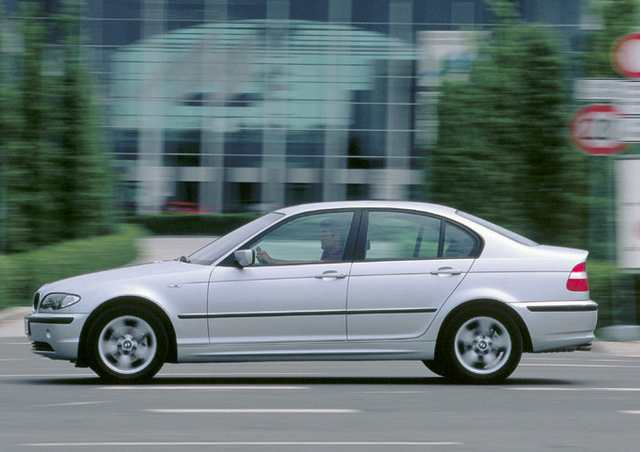