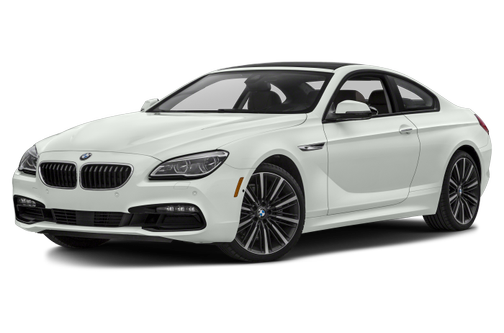 The verdict: The 2016 BMW 640i coupe is powerful and surrounds you with a richly finished interior, but a little more ride comfort would enhance its grand touring personality.

Versus the competiton: The 640i coupe balances sporty handling and comfort in a class with high-performance-handling machines — such as the Jaguar F-Type and Porsche 911 — on one end and the cruising-oriented Mercedes-Benz E-Class coupe on the other.

Editor’s note: This review was written in February 2016 about the 2016 BMS 640i, but little of substance has changed with this year’s model. To see what’s new for 2017, click here, or check out a side-by-side comparison of the two model years.

The 6 Series is BMW’s biggest coupe, but not its most expensive. That designation goes to the i8 plug-in hybrid supercar, which costs nearly twice as much. The 6 Series is also offered as a soft-top convertible and in Gran Coupe form. The Gran Coupe is based on a stretched version of the 6 Series and has four doors, but it’s considerably more expensive than the automaker’s similarly sized 5 Series sedan. In addition to the standard inline-six-cylinder engine, BMW offers V-8 power and high-performance M6 variants for all three 6 Series body styles.

Low-slung with sleek proportions, the 6 Series exudes understated elegance. While the coupe’s silhouette is pretty much the same as before, BMW has tweaked the front end for the 2016 model year, adding new standard full-LED headlights, LED fog lights and a new lower apron, like the one on the brand’s smaller 4 Series coupe.

Powered by a 315-horsepower, turbocharged 3.0-liter six-cylinder engine, the 640i is the base version of the 6 Series. The six-cylinder and eight-speed automatic transmission it works with, though, are a winning combination; I never found myself longing for the 650i’s 445-hp V-8.

The six-cylinder is a torque-rich engine — it makes 330 pounds-feet of torque at a low 1,400 rpm — and it helps this big coupe move out assertively, even at highway speeds. The automatic transmission complements the engine by willingly kicking down a gear — or a bunch of gears — when you step on the gas pedal. EPA-estimated gas mileage with all-wheel drive is 20/29/23 mpg city/highway/combined.

Despite offering Comfort and Comfort+ modes, the 640i’s adaptive suspension still skews firm, with ride quality that reveals pavement imperfections rather than masking them. The available 20-inch low-profile tires likely play a role here, as narrow-sidewall tires tend to be stiff, but the difference between the suspension’s firmest and softest settings isn’t dramatic.

Body roll is very well-controlled for a big, heavy coupe; the 640i stays flat and feels planted through sweeping corners, even in its Comfort setting. Our test car didn’t have them, but active stabilizer bars designed to counteract body roll are a $2,500 option.

Unfortunately, the 640i has numb steering. There’s less power assist at highway speeds, which gives the wheel some extra heft and enhances directional stability, but feedback doesn’t improve. BMW used to be known for its cars’ great steering, but competitors such as Jaguar, with its F-Type, do a better job today.

With the 640i’s as-tested price of nearly $90,000, you should expect a lot from the cabin, and it mostly delivers. It’s richly appointed, with soft leather on not only the seats but also the doors and dashboard, and you can see the attention to detail in the fit and finish. Many of the trim pieces are accented with real stitching, too.

I was surprised, however, by our test car’s lack of certain features. There were no ventilated seats, and active safety features such as blind spot warning, lane departure warning and forward collision warning were not present. For this kind of money, they should be.

The optional multicontour front seats have numerous power adjustments, including the upper portion of the backrest and side bolsters. Cushioning is firm, but I thought the seats were comfortable overall. Our test car’s adventurous brown and black color scheme carried over to the seats, which were trimmed in brown leather with black accents. The combination was visually jarring.

The 6 Series has very good visibility, which is something you don’t always get in a coupe. The long doors have large windows for great over-shoulder views, and the rear-quarter windows are big, too, which makes it easier to see nearby cars when changing lanes. Front and rear parking sensors and a backup camera are standard and provide added confidence when maneuvering at low speeds.

Adults can fit in the two-person backseat in a pinch, but passenger comfort back there is compromised in a few ways: There’s not a lot of headroom, you have to sit with your legs at an uncomfortable angle and the backrest isn’t reclined enough. Still, it’s better than the 911’s tiny backseat, and the F-Type doesn’t even have a rear seat.

BMW’s iDrive multimedia system, which consists of a knob-style console controller and buttons that operate a 10.2-inch dashboard screen, is standard. Using the controller to navigate menus on the widescreen display is mostly intuitive, thanks to the system’s easy-to-understand interface. There are also helpful direct-access buttons around the knob controller that take you right to the navigation or audio screen, for instance.

The widescreen display has beautiful, crisp graphics, and it responds quickly when making selections. You can choose to split the screen, which lets you do things such as scroll through radio stations on one side and have a smaller version of the navigation map on the other.

Pairing my iPhone to the multimedia system using Bluetooth was straightforward, and I used the iDrive controller to scroll through songs stored on my phone. Album artwork appears on the dashboard screen.

The 640i’s 16.2-cubic-foot trunk is larger than the cargo areas in both the F-Type (11 cubic feet) and 911 (4.8 cubic feet). It’s deep and relatively tall, and though there’s a pass-through to the seating area (a ski bag is optional) the whole backseat doesn’t fold.

Cabin storage space is minimal. The door pockets are small, and there are few storage areas for loose items.

The 6 Series hasn’t been crash-tested by either the Insurance Institute for Highway Safety or the National Highway Traffic Safety Administration. It’s not unusual for high-priced luxury cars like the 6 Series, which sell in relatively low numbers, to go untested.

Standard features include BMW’s Active Protection System, which pre-tensions the seat belts and closes the windows and moonroof when a crash is imminent.

Safety options include lane departure warning, forward collision warning with automatic emergency braking, blind spot warning, a surround-view camera system and a night vision system that can detect pedestrians up to 330 feet away.

Premium pricing is part of the deal with cars like the 6 Series, and this BMW checks the requirements of a high-dollar coupe. It’s stylish without being overly showy, and it has a luxurious interior and plenty of power. I’d take more ride comfort and better steering feel, but overall it remains a compelling accessory for a night on the town.

Most dependable car I have owned.

October 7, 2019
By William G from Bonney Lake
Owns this car

This car meets all my needs. Comfortable, roomy and of pretty darn beautiful. There is nothing better than driving a BMW. Want a great ride, buy one.

All model years for the BMW 640 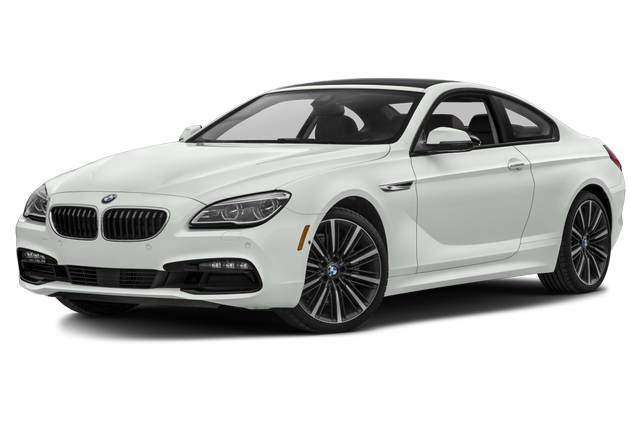 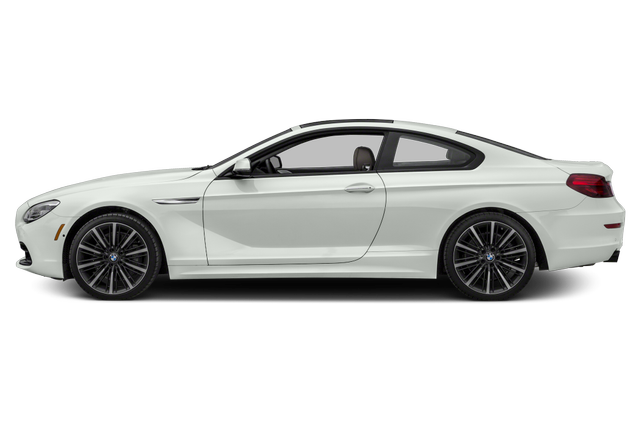 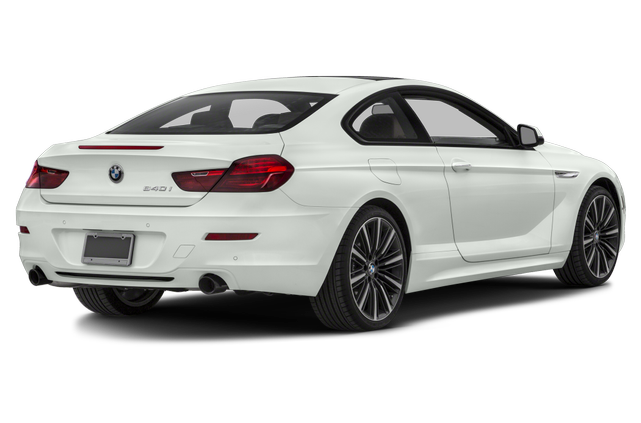 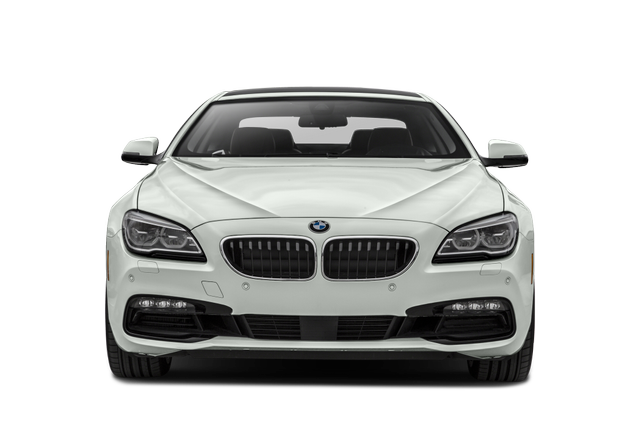 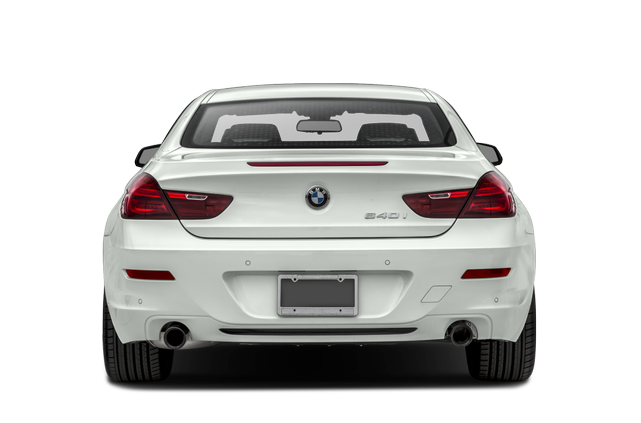 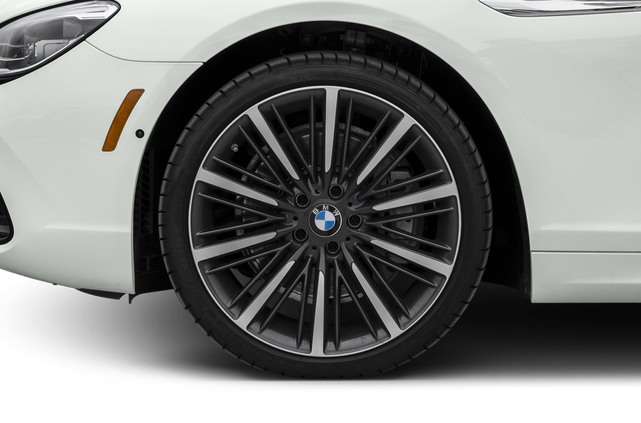 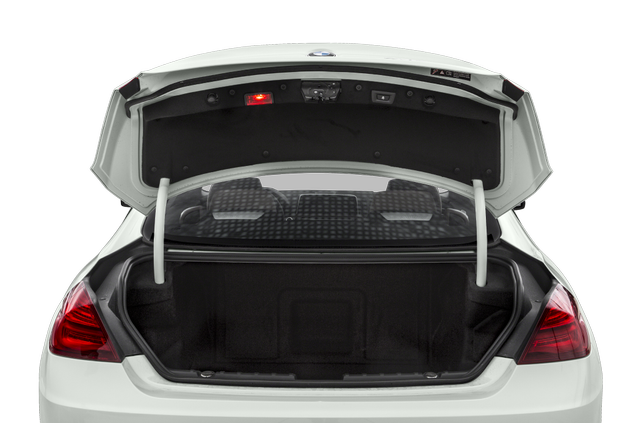 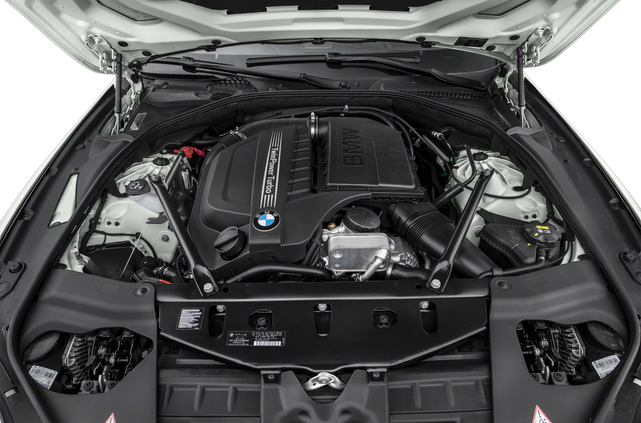 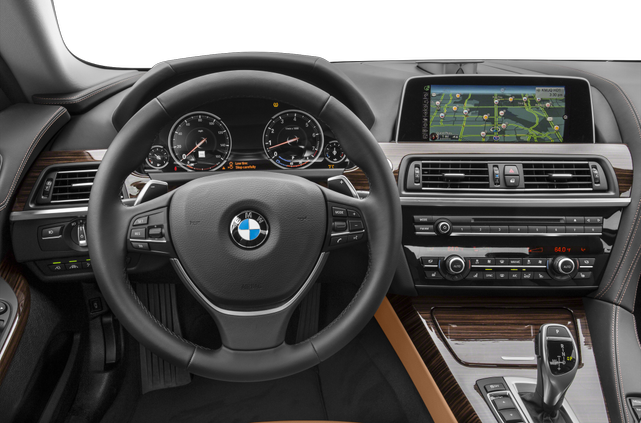 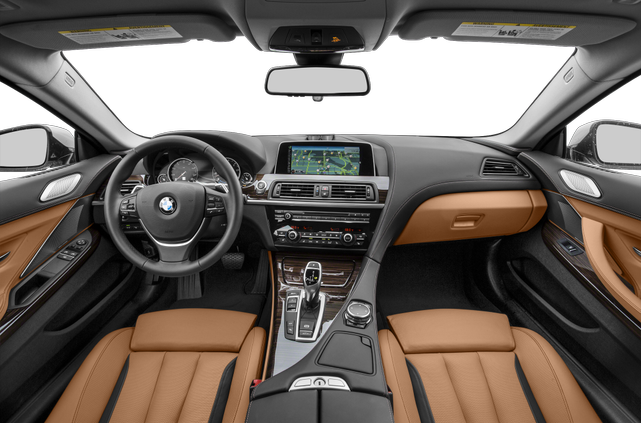 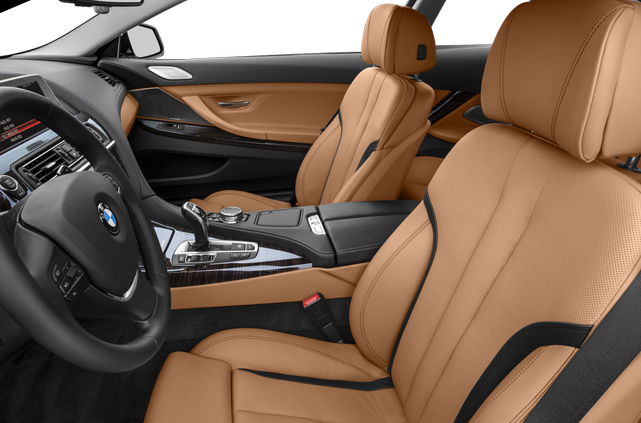 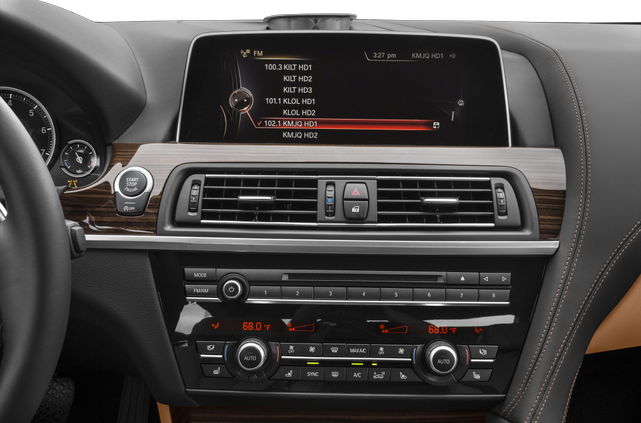 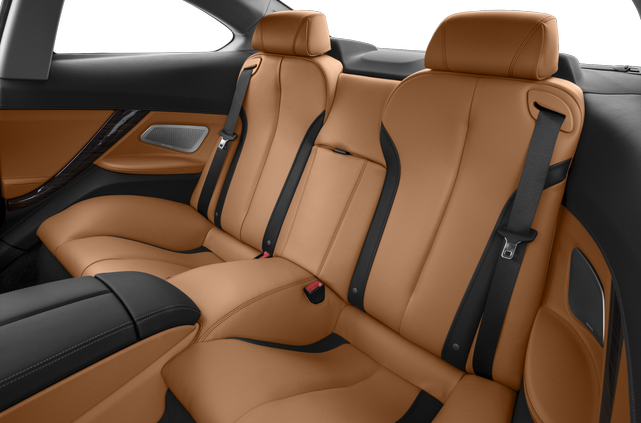 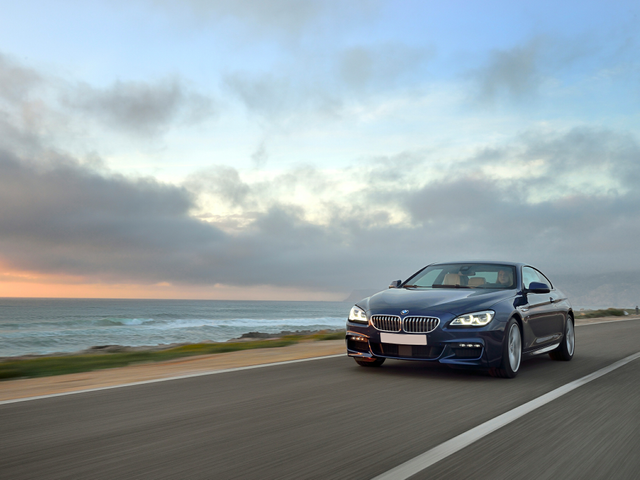 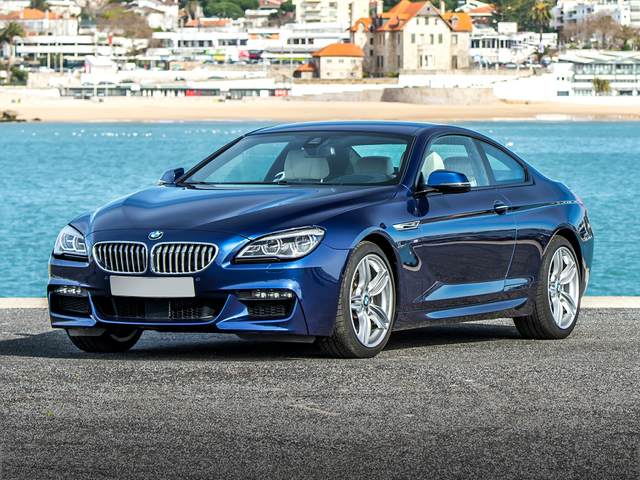 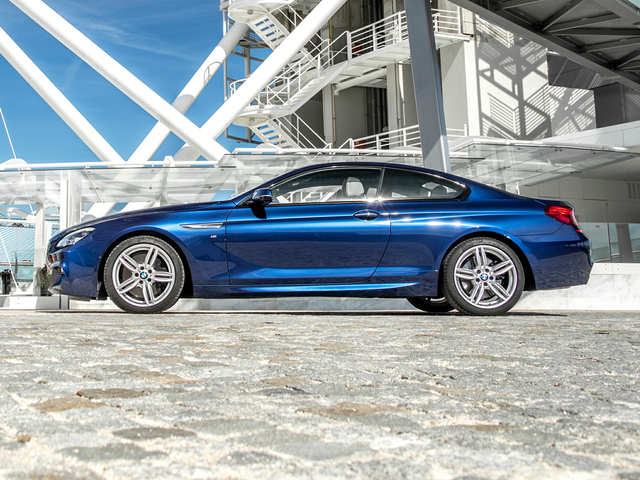 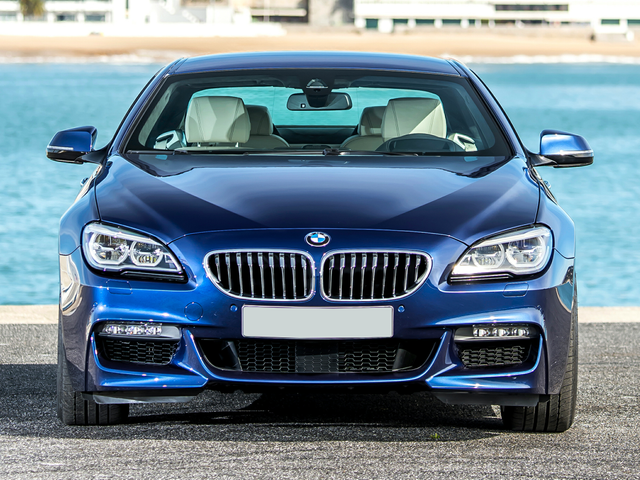 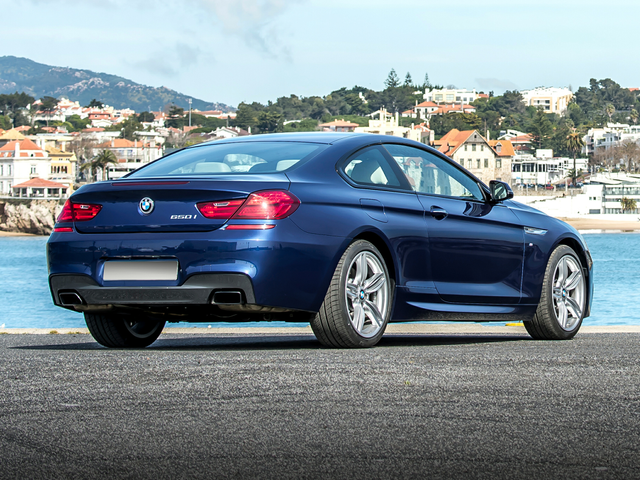 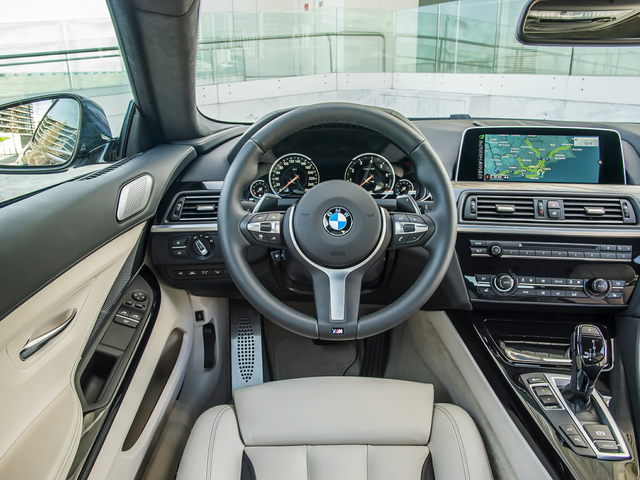 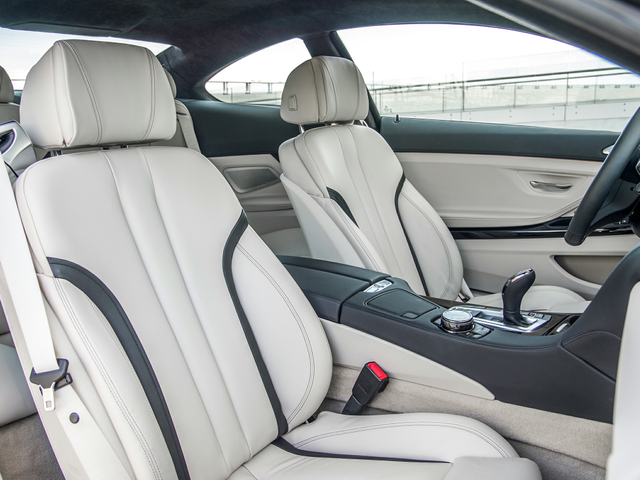