The new flagship-series BMW is a magnificent machine, a veritable technological showcase presented in a car that’s great to drive and ride in. But applying the all-else-aside, nitty-gritty test: If I won the lottery, would I buy one? I have to answer no.

Not that I don’t love big, luxurious sedans; au contraire, we’re made for each other. But either the Audi S8 or Mercedes-Benz S Series would get the job over the admittedly more technologically advanced 7.

For one reason only: That incredibly inept system they call iDrive, which relegates control of 8 discrete functions, such as radio, telephone, air conditioning, navigation system, to the direction of a console-mounted rotating knob and the LED screen generally used for navigation functions.

Problem No. 1, and this is a biggie: It was impossible to see in daylight with sunglasses on.

No. 2: When I found suitably dark conditions so that I could read it, most of the functions were hard to figure out. Try finding your favorite FM station without recourse to the manual. I couldn’t.

No. 3: With but one function displayed at a time, it is dangerously distracting to peer at the screen and rotate the knob to select a new function, especially since the knob isn’t exactly intuitive as to which point of the compass it’s pointing at. Never mind that every time one starts up the car, one must promise, via an opening screen which requires an OK input, to not use the system while driving. I guess a co-pilot is a must – that, or frequent stops at the side of the road.

Luckily the basic air conditioning controls – fan and temperature – were old-style knobs on the dash. Would that those for the stereo were, also.

(End of rant, beginning of rave).

The new 7 Series is styled differently for North American and Asian markets than it is for the Continent. Our version is bigger-looking and a little more gingerbready.

There has been much controversy over what some perceive as un-BMW exterior styling, especially the rear portion. BMW says it has taken a revolutionary, rather than its customary evolutionary, approach.

I have no quarrel with the exterior design; in fact I like the restraint, the whisper of class and quality rather than the clamor of gimmickry. It’s classic, and should wear well. Up close, the aero treatments are especially noticeable, emphasized by the extremely low-profile (for a big sedan) tires.

The longer version would be my pick. For a few thousand more (hey, we’re talking rich folks), you get a bit more space in which the passengers can luxuriate; and believe me, people will be begging to ride in this mount. (The trunk holds four sets of golf clubs.)

As soon as the driver takes his place behind the tilt/telescope steering wheel, he encounters some innovations. There is no ignition key per se, rather an oblong micro-computer about the size of a conventional key fob. This is inserted and locked into an aperture in the dash. If the car’s computer recognizes it as the right one, it flashes an electronic greeting amid principal instruments and awaits commands. To start the car, one must put his foot on the brake pedal and push the start/stop button, right next to the aforementioned receptacle.

The transmission is a six-speed automatic, and its actuation is also unique. There’s a small lever on the steering column, shorter than a turn-signal controller, where a shifter would be. This one offers only Park, Reverse and Drive settings. A very light tug and movement up or down selects the direction.

Oops, don’t forget the parking brake. That is also electro-mechanical, controlled by a pushbutton or engaged automatically when the vehicle is put in Park. Its operation is virtually undetectable – a feature I hope we see lower down the food chain some day.

A large car in this class can’t stumble over its own feet, and the 745Li sure doesn’t. It gets an all-new engine this year, still a 4.4-liter V-8 with 32 valves, but with some important differences that give it the power of the old V-12.

Yes, power jumps to 325 hp and torque is 330 foot-pounds, up from last season’s 282 and 324. The horsepower peaks at 6,100 rpm, so that’s of more significance to folks who drive the Autobahn. The increase in torque, however trifling, is welcome, especially since that measure of grunt is spread out over a wider range. This engine has not only infinitely-variable valve lift and timing, it also has a continuously-variable intake path that maximizes efficiency for responsiveness and better mileage.

The EPA rates this car at 18 mpg city, 26 highway, pretty good for an ultra-luxury machine, though BMW says the test understates the capability of its new transmission. I logged 21.3 overall, and must admit that more than once I played Autobahn. Premium fuel is mandated, of course.

I found the big bad boy capable of leaping from a standstill to 60 mph in 6 seconds, a very impressive feat for a vehicle that curb weights at 4,464 pounds. Those who are in a bigger hurry will soon have a V-12 750Li.

The automatic transmission is reasonably smart, using the six ratios to good effect most of the time. But, this being a BMW, manual override is also possible via convenient switches on the steering wheel. The ratios are fairly close down low where it counts, and both fifth and sixth are overdrive cogs for easy cruising.

At legal speeds and well beyond, the 7 was hushed, thanks not only to the long-legged geartrain but also to the exceptionally low 0.29 coefficient of drag.

Ride quality was sporty, considerably firmer than I’d guess many luxury-car buyers would be happy with. For them, or really, for anyone who wants the ultimate system, BMW offers an “adaptive ride package” for $1,900, with infinitely-variable shocks.

Neither feds nor insurance folks have crashed a 7 yet, but BMW says its internal simulations of their drills suggest it will garner top marks.

I’ve touched on only the highest points of all the leading-edge wizardry available in this platform, but reserve my loudest praise for a more conventional apparatus, the braking system.

The discs are bigger this time out, and both pedal feel and stopping distances are extraordinary, as befits a car governed to 150 mph.

With freight, the total for this breathtaking ride was $79,645. I have that much equity in my house . . . if only they’d revise that iDrive mess.

Payments on that car would be $1,616, assuming 20 percent down, 10 percent interest and 48 coupons. Edmunds.com reports they are going for full retail, but then, in this segment, it’s so infra dig to ask for a discount.

Lasted very long but had to be repaired a lot

AMAZING CAR! This car was simply the best of its time. It has great legroom. It was loved by all. It was and still is my favourite car of all time.

Best car that I owned!

Great for the Summer! And for those who plan on driving it all year round the car. Car runs quiet and smooth.Real classic car with sport attitude.

Rating breakdown (out of 5):
7 people out of 8 found this review helpful. Did you?
Show full review
4.7

Pluses: Agile handling, spirited performance, decent mileage, even at 80 mph (or more), incredible comfort, great sounding audio system. Minuses: Expensive to repair. Unless you have an engineering degree from a prestigious German university, even changing/setting the radio stations can be a challenge. Overall: Great car to drive across country. It is so easy to drive, you soon forget it is a large vehicle.

Rating breakdown (out of 5):
17 people out of 17 found this review helpful. Did you?
Show full review
See all 21 consumer reviews

All model years for the BMW 745 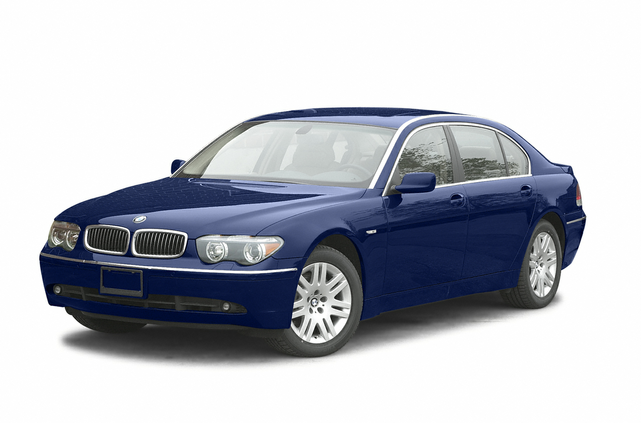 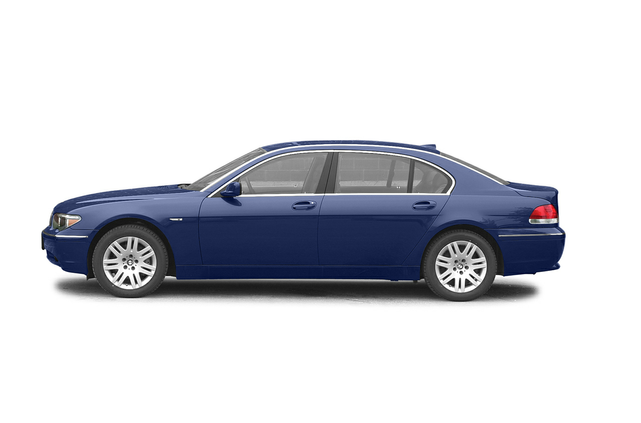 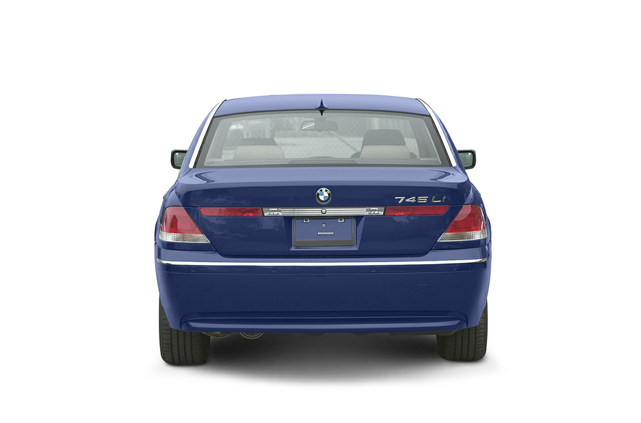 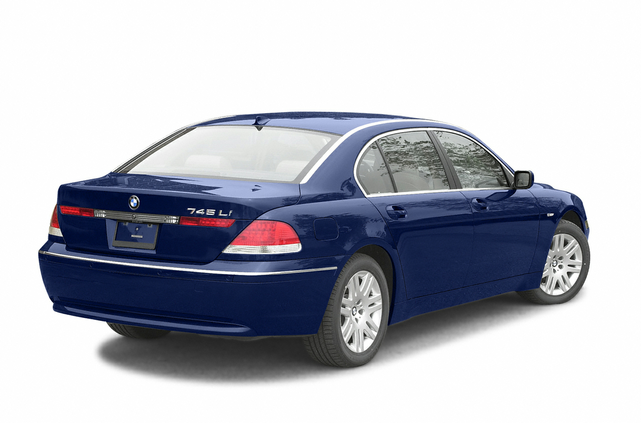 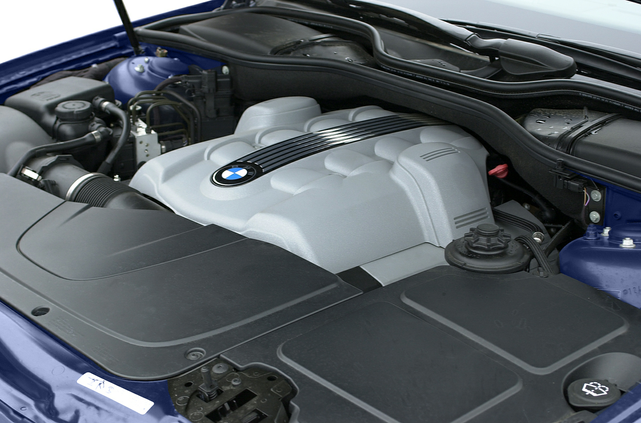 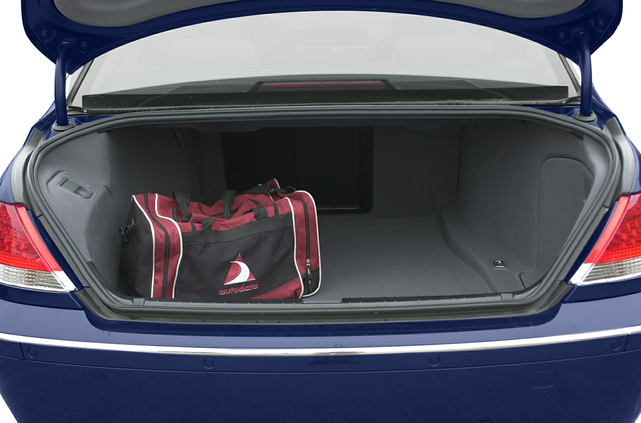 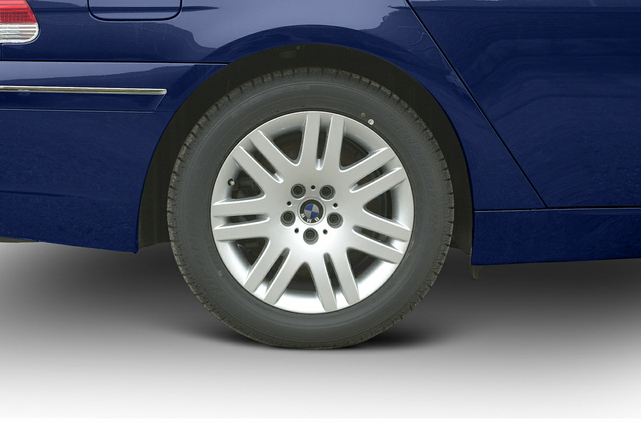 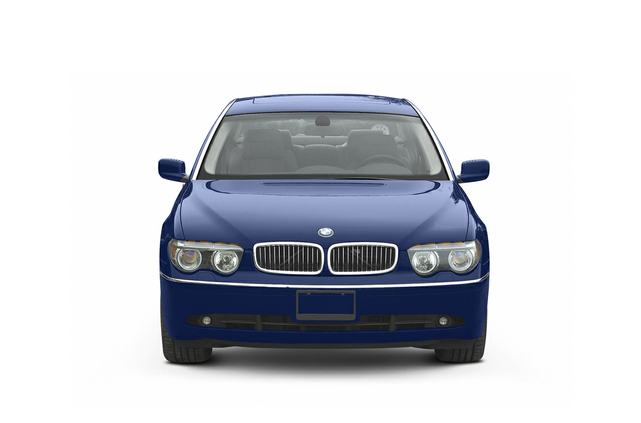 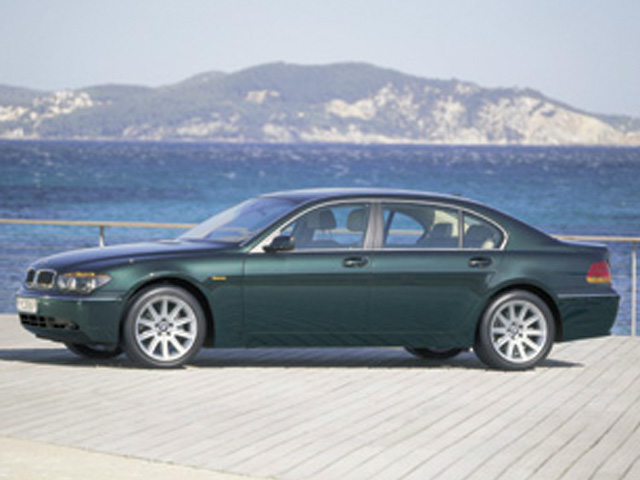 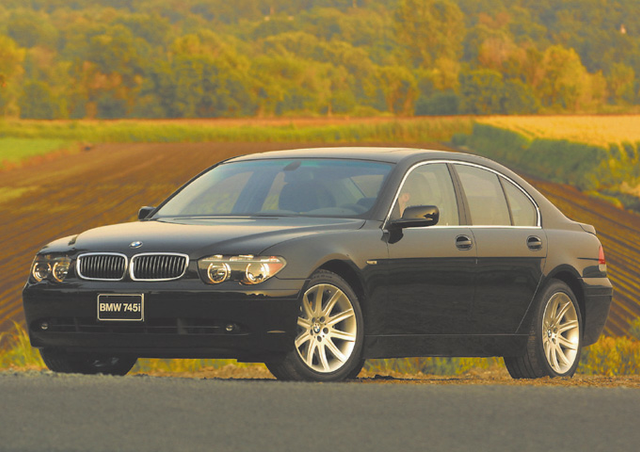 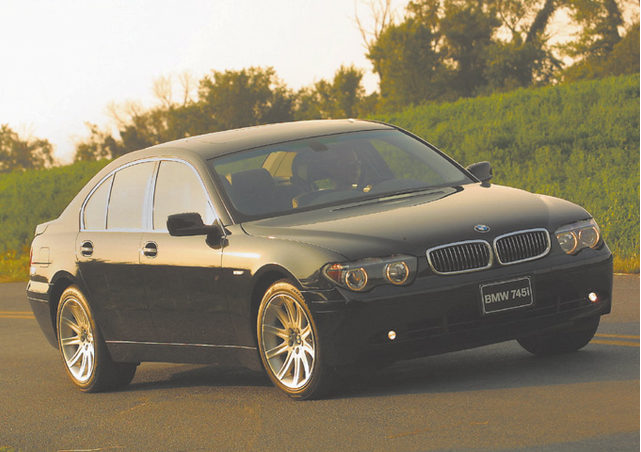 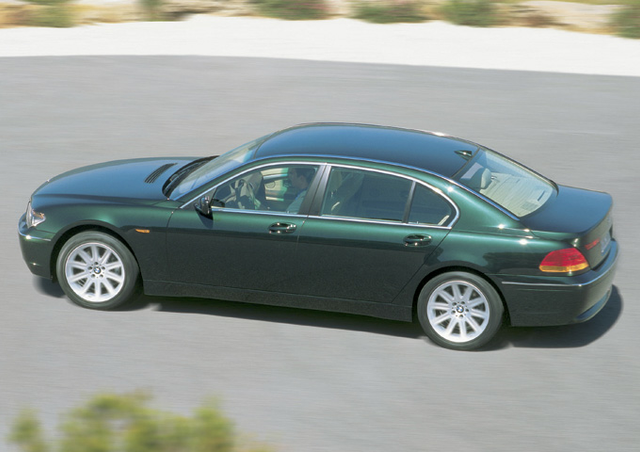 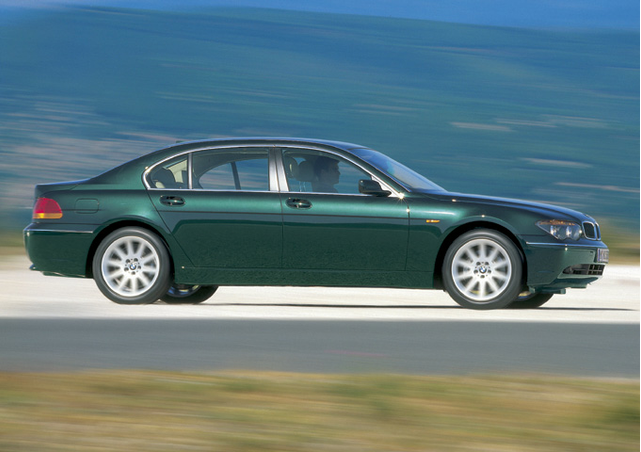 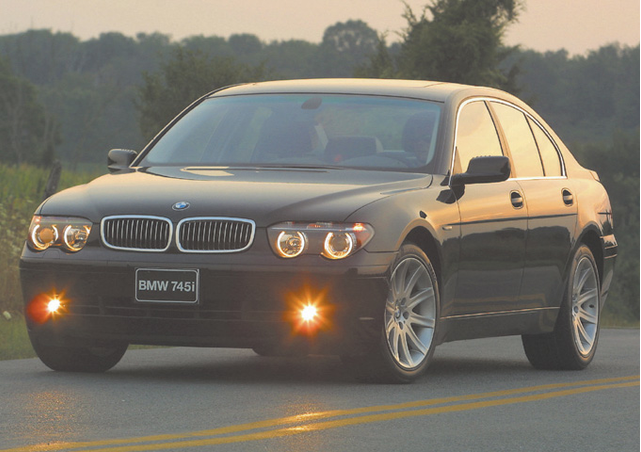 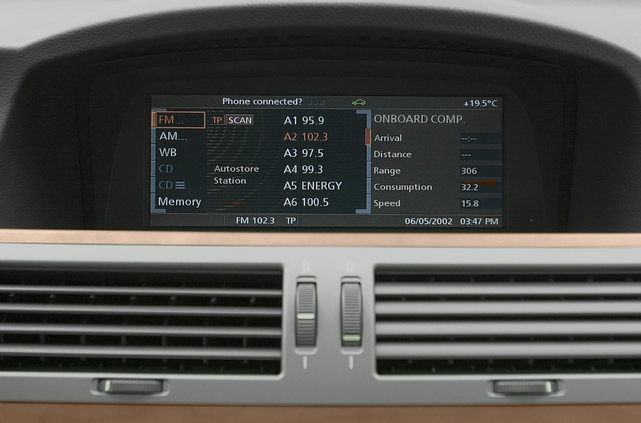 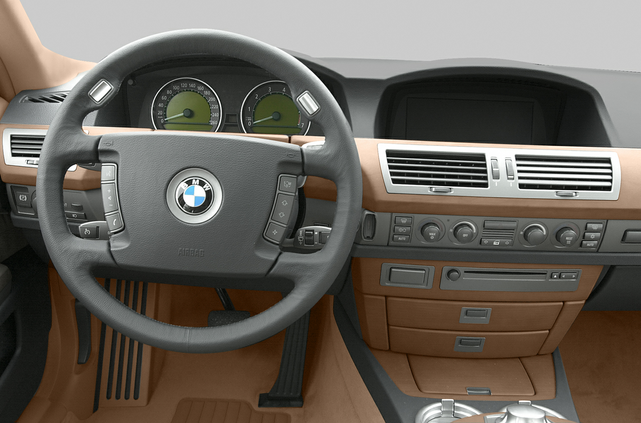 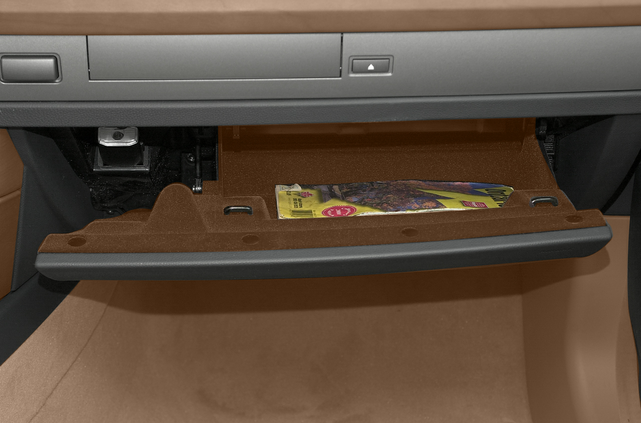 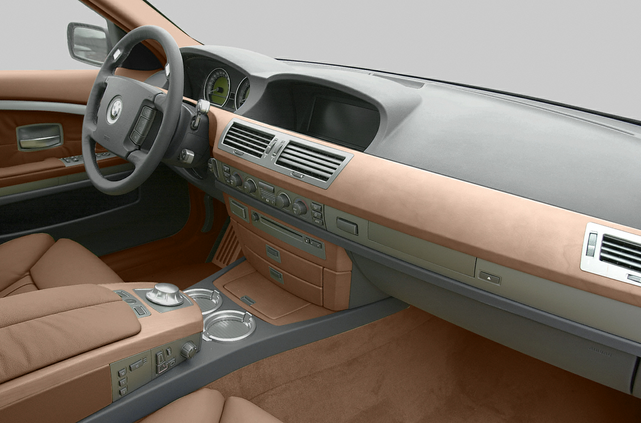 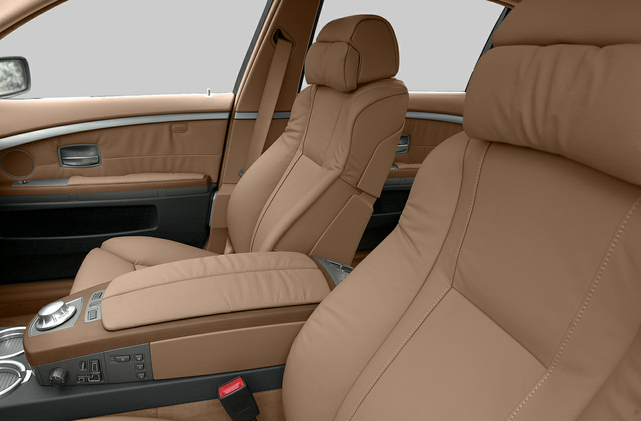 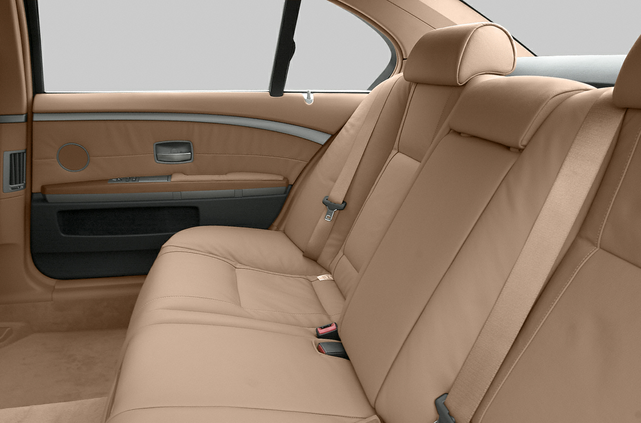 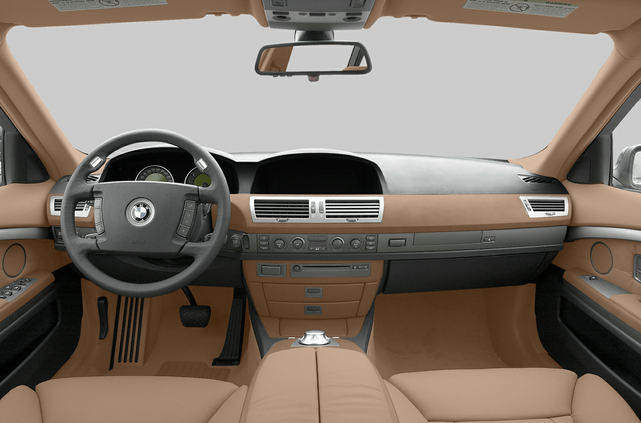