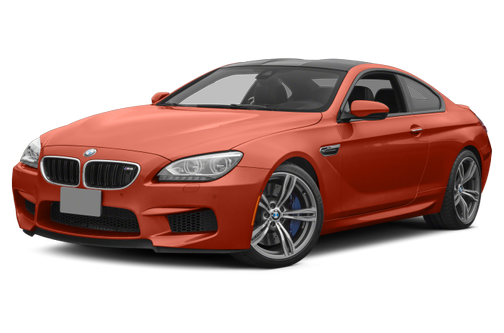 Our 2013 BMW M6 trim comparison will help you decide.

Editor’s note: This review was written in August 2012 about the 2012 BMW M6. Little of substance has changed with this year’s model. To see what’s new for 2013, click here, or check out a side-by-side comparison of the two model years.

Some things just don’t go together. In cars, sportiness and excess weight are a poor pairing.

Yet that’s what BMW has tried to merge in the new M6 convertible, a 560-horsepower cruise missile with a power-folding soft-top, all of which tips the scales at more than 4,500 pounds. The result is mixed.

The 2012 BMW M6 is an exquisite convertible in the grand touring vein, but despite its M badge, the car’s size and hefty curb weight will disappoint enthusiasts.

The M6 convertible starts at $115,295 including an $895 destination charge and a $1,300 gas-guzzler tax. With options like lane departure warning, a heated steering wheel, LED headlights and a head-up display, among other things, our car’s as-tested price was $122,095. That kind of money can get you a Jaguar XKR convertible — or an Audi R8 Spyder if you can stretch your budget a little higher; to see how these convertibles’ specs compare to the BMW’s, click here.

Hercules Under the Hood
There’s a forceful effortlessness to the M6’s twin-turbo V-8. The car builds speed rapidly, but it does so smoothly and without the franticness of some high-performance cars. It’s a sneaky kind of power delivery — the kind that can put you 20 mph over the speed limit without your really trying. BMW says the M6 can go from zero to 60 mph in just 4.3 seconds on its way to an electronically limited top speed of 155 mph.

The highway becomes your playground, as the V-8’s formidable power reserve lets the car change speeds at will. It doesn’t feel taxed in the least, even when whizzing by traffic.

These powertrain characteristics are a departure from the prior-generation M6, which was last offered for the 2010 model year. It was powered by a 500-hp, 5.0-liter V-10 that made 383 pounds-feet of torque at a high 6,100 rpm. The new M6’s twin-turbo V-8 makes more power — 560 hp — but the more significant change as it relates to daily driving is that the car’s peak torque of 500 pounds-feet arrives at a low 1,500 rpm. That means you don’t have to work the V-8 nearly as hard as the V-10 to extract its performance; it’s available nearly from idle, and this helps mask the fact that you’re in a two-ton-plus convertible.

The V-8 drives the rear wheels through a seven-speed dual-clutch transmission. A conventional manual transmission isn’t offered, but one should be on a car like this. Despite the dual-clutch gearbox’s ability to shift faster than any human, some purists still want a manual with a clutch pedal on the floor. It’s puzzling that BMW disregards those buyers with this car — an M model, no less. The dual-clutch transmission includes a fully automatic mode with customizable shift characteristics, as well as a manual mode that lets you change gears using the console selector or steering-wheel paddles.

The manual mode delivers incredibly swift shifts that are on par with the quickness of Porsche’s PDK transmission. Basically, the moment you press a paddle or nudge the gear selector, you’re in the next gear. There’s no waiting around for the shift to happen, as can be the case with a traditional automatic’s manual mode. When downshifting, however, it feels like the transmission lets go momentarily before engaging the next gear. The car also rolls backward slightly when starting off from a stop — just like a car with a manual transmission.

Left in Drive, the dual-clutch transmission does a good impersonation of a conventional automatic, with smooth, and unobtrusive gear changes. The rocker switch below the gear selector adjusts shift characteristics, making the transmission upshift later and downshift earlier for performance driving, or the opposite for more leisurely cruising. There are three levels.

Besides the lack of a conventional manual offering, the biggest issue with the drivetrain is the lazy gas pedal response from a standing start. There’s too much lag from the time you press the pedal until the car responds.

Fuel-saving auto stop-start technology is cropping up on more and more cars, and the M6 has it, too, though you have to press a button if you want to use it. The stop-start system shuts the V-8 down smoothly when you’re waiting at a stoplight, for instance, and restarts just as seamlessly. However, I really heard the starter motor whenever it did. Maybe that’s because I had the top down, but in the Mercedes-Benz CLS63 AMG and Porsche Panamera, both of which have this feature, engine restarts were much quieter.

Don’t let any fuel-saving technology distract you from the fact that the M6 is one gas-swilling convertible, with an EPA-estimated 14/20 mpg city/highway — hence the gas-guzzler tax. For its class, though, the M6’s fuel-economy estimates aren’t out of line, and they’re substantially better than the old M6’s 11/17 mpg rating.

Ride & Handling
BMW provides a number of ways to tweak the M6’s ride and handling characteristics, but at the end of the day this isn’t the car to take to your favorite stretch of back-road blacktop.

Not that it can’t handle a curve: Throw the M6 into a corner and it’ll round it, but you’ll feel the car’s weight, and the steering tuning won’t draw you in. The car just isn’t the right tool for this job.

The suspension, steering and throttle are all independently adjustable, which is great because you can tune aspects of the car to your liking, as opposed to a blanket “Sport” mode. Even better, BMW includes two M Drive buttons on the steering wheel that can immediately recall favorite setting combinations. The suspension’s Comfort setting offers good ride compliance, and Sport and Sport Plus provide a firmer ride. The adjustable steering increases the effort needed to turn the wheel, but like the suspension settings, the difference between them isn’t dramatic; we’d like to see more variation between the comfort- and performance-oriented modes.

Convertible Commentary
The M6 convertible has a standard power soft-top, and it does a great job keeping wind noise out of the cabin — even on the highway. The more persistent sounds are tire and road noise, with wind noise beginning to crop up only around 70 mph.

The cabin is breezy at highway speeds with the top down, but it’s still possible to hold a conversation with your passengers. Wind buffeting is thankfully minimal.

It takes about 22 seconds for the top to lower and a little longer for it to motor back up. The vertical glass rear window is independent of the top, which allows you to lower it when the top is up or leave it up to act as a rear windscreen when the top is down. You can operate the top on the move as long as you don’t exceed 25 mph.

When lowered, the top stows in the upper part of the 10.6-cubic-foot trunk, separated from any luggage by a soft divider. If you don’t plan on lowering the top, you can swing the divider up, giving you a little extra cargo room and making it easier to fit tall pieces of luggage.

The Inside
The M6’s cabin is luxurious, wrapped as it is in leather and adorned with carbon fiber trim. The dashboard is dominated by a standard 10.2-inch widescreen display that works with the latest generation of BMW’s iDrive control system. IDrive has dominion over most vehicle functions, like the stereo and navigation system, but there are separate controls for the climate system below the screen. The knob-based iDrive system has improved with successive generations, and it’s now relatively intuitive.

The power-operated leather sport seats offer a range of adjustability, including such fine adjustments as upper backrest angle and customizable thigh support; BMW boasts 20 movements in all. The seats are supportive but not overly confining, which seems like a wise compromise in this kind of car.

The M6’s two-person backseat can fit adults in a pinch if the person up front is willing to share legroom. Frankly, someone in the front seat would probably have to move the seat forward for a child, as well.

Safety
Low-volume convertibles like the M6 aren’t typically subjected to crash tests by the Insurance Institute for Highway Safety and the National Highway Traffic Safety Administration, so we’re left to evaluate the car’s list of safety features.

The M6 has antilock brakes and an electronic stability system, which are mandatory for all new cars beginning with the 2012 model year. Additional standard safety features include side-impact airbags for the front seats, active front head restraints, pop-up aluminum roll bars behind the backseat, a backup camera, and front and rear parking sensors.

For a full list of safety features, check out the Features & Specs page. To see how well different child-safety seats fit in the backseat, click here.

M6 Convertible in the Market
BMW’s M brand has special meaning for many car enthusiasts, who revere its history of performance cars. The M6 convertible’s V-8 makes massive power, but the car’s size and weight put it at odds with the expectations of driving enthusiasts who are familiar with other M models. For $23,000 more than the related 650i convertible — which is no performance slouch — the M6 convertible needs to move the needle more than it does.

All you ever need...

Unreal performance from a well built sports car with style..A real head turner with great sound. Buy one and you will see..A pleasure to drive anywhere

Most enjoayble car I've ever owned.

This may be the best all around car I've ever owned. Performance, looks, comfortable, design, looks, reliability it's all there. I will miss this car.

So far so good! Very impressed with the m6!!!

Coming from several BMW’s and of those 2 were M3’s, the M6 is a beast and performs fantastic. Makes you feel like you’re on a rocket and handles every curves well! 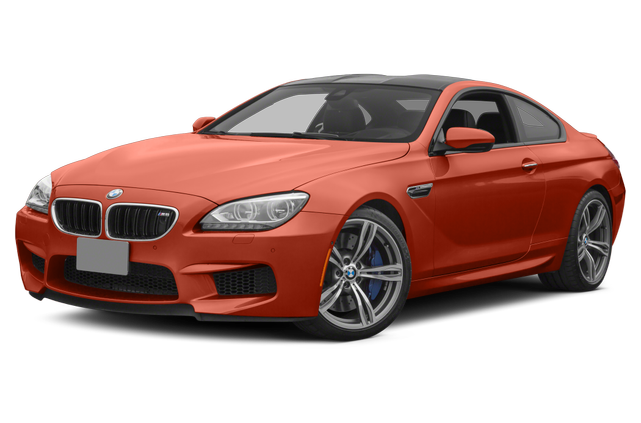 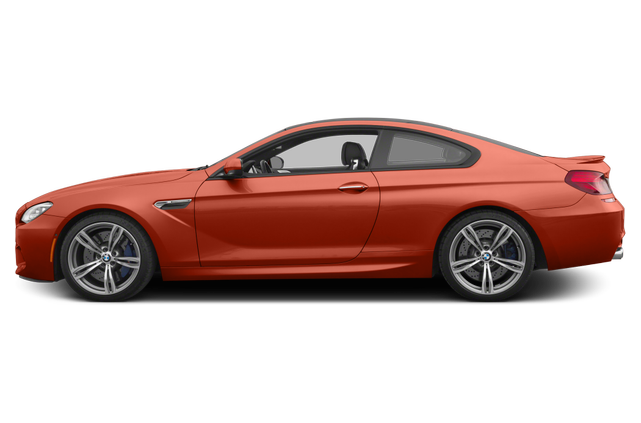 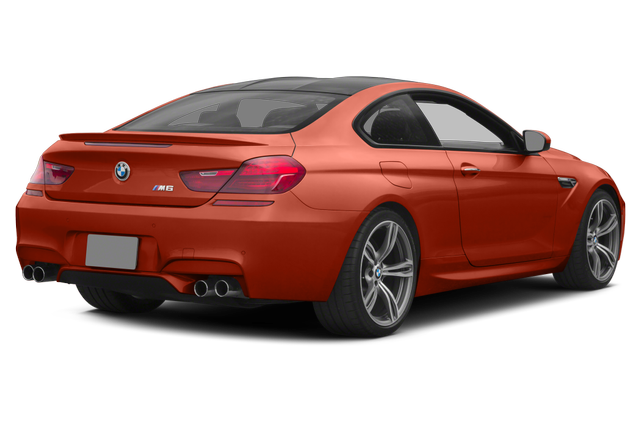 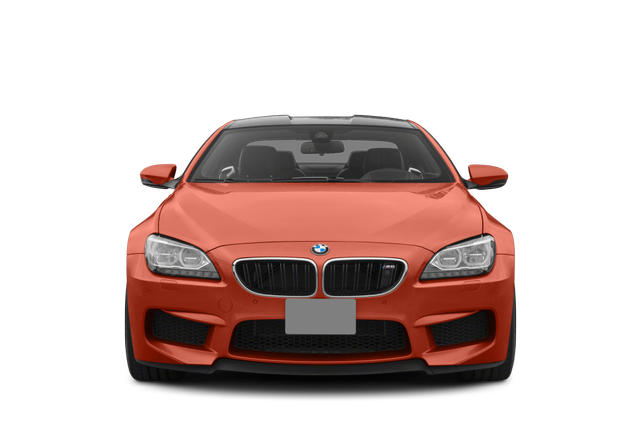 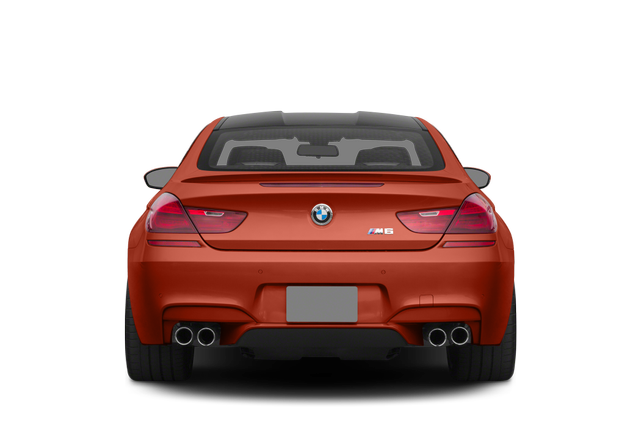 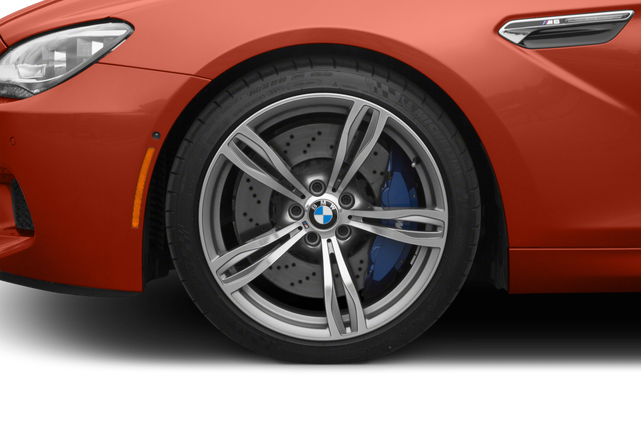 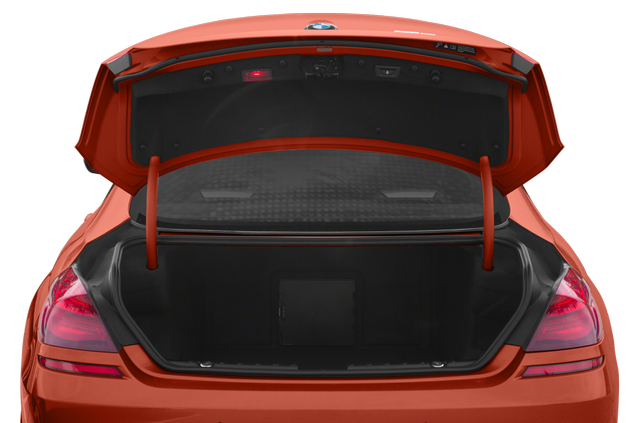 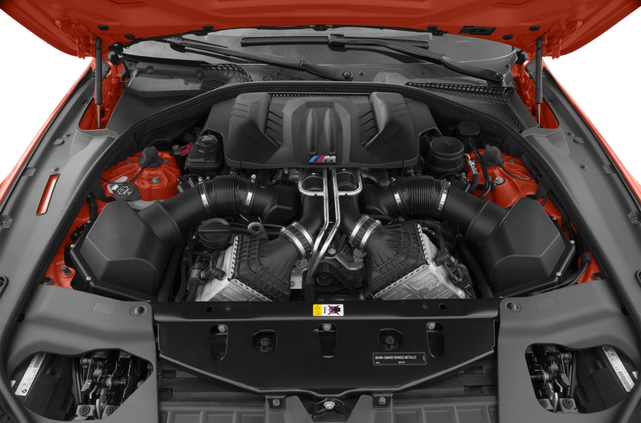 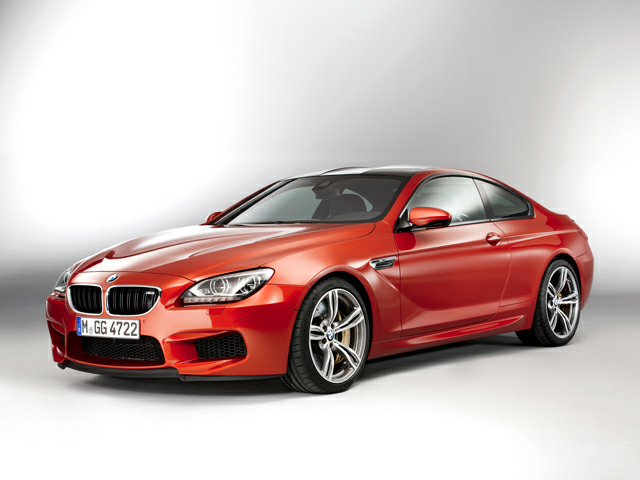 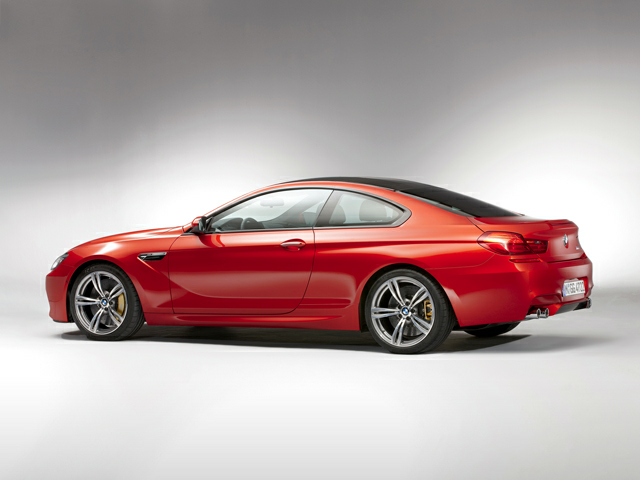 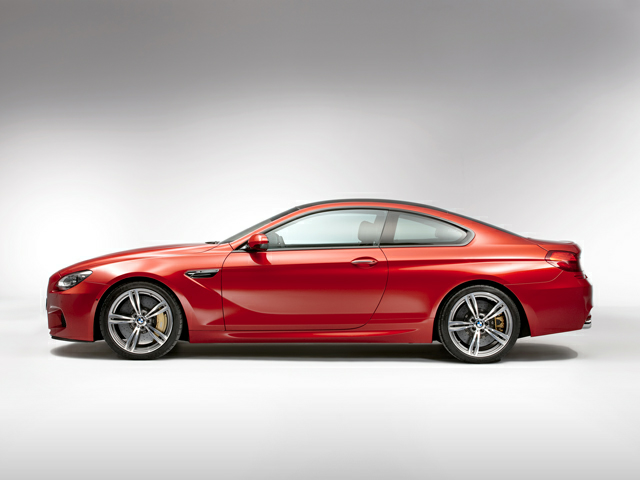 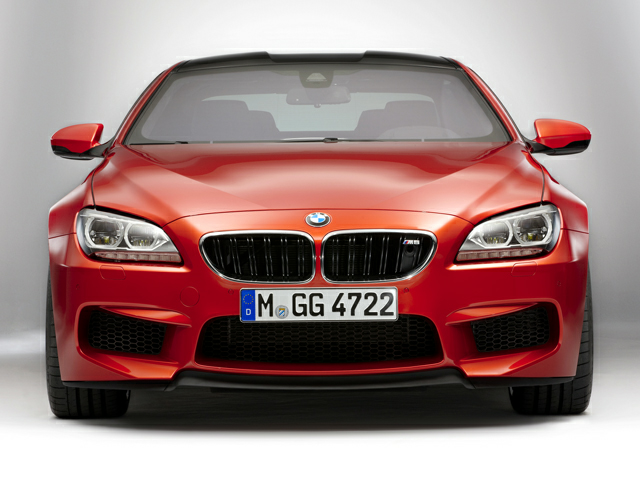 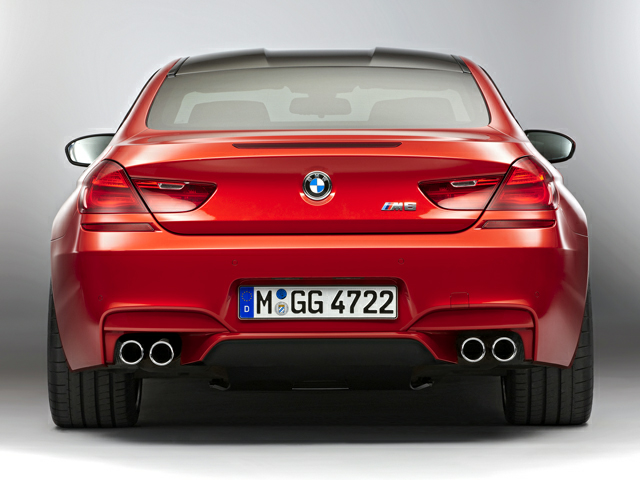 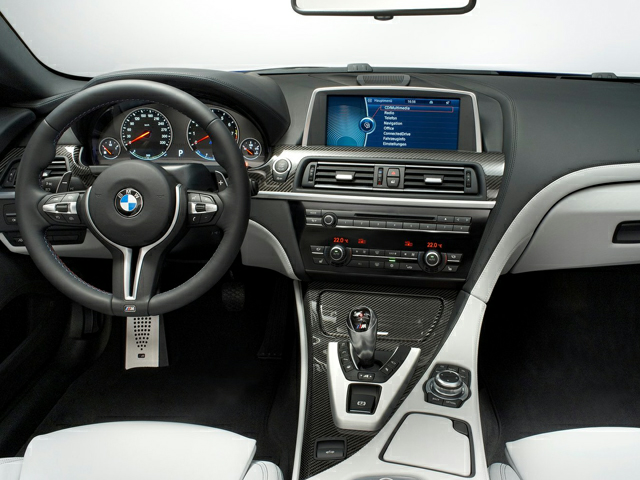 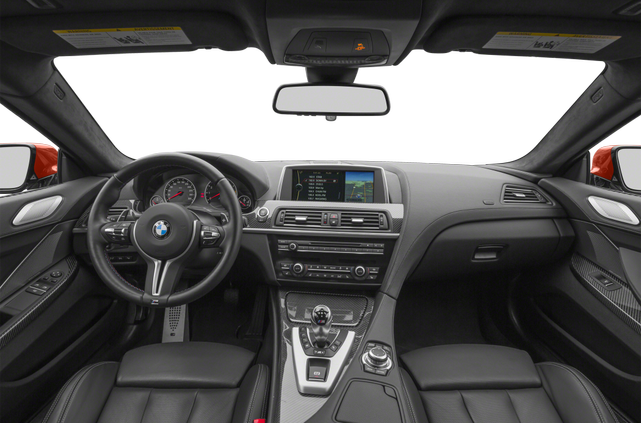 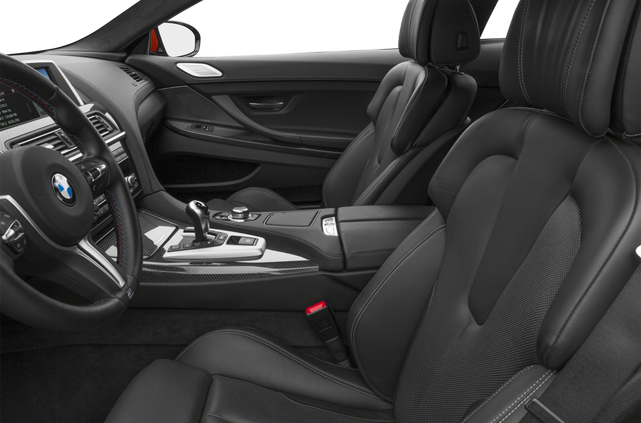 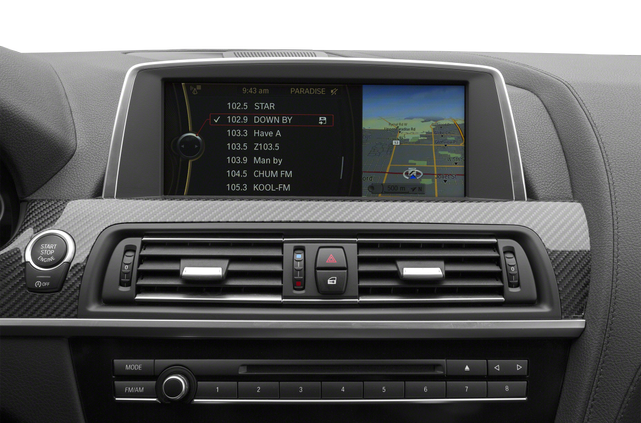 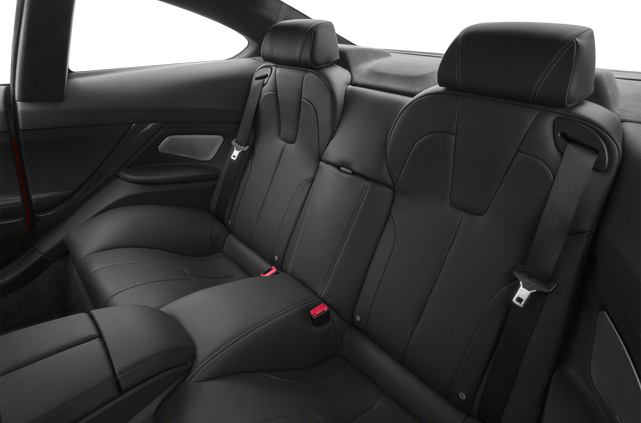 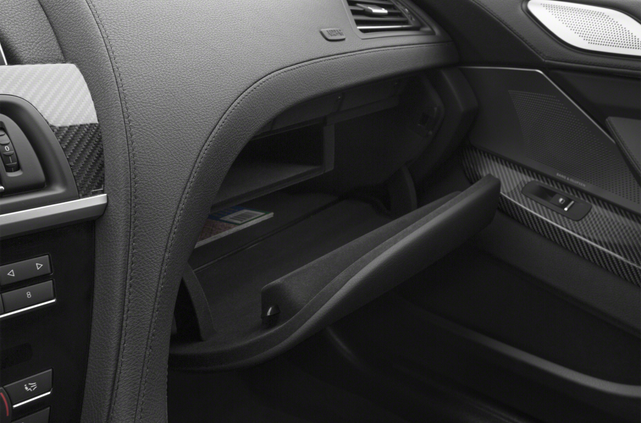 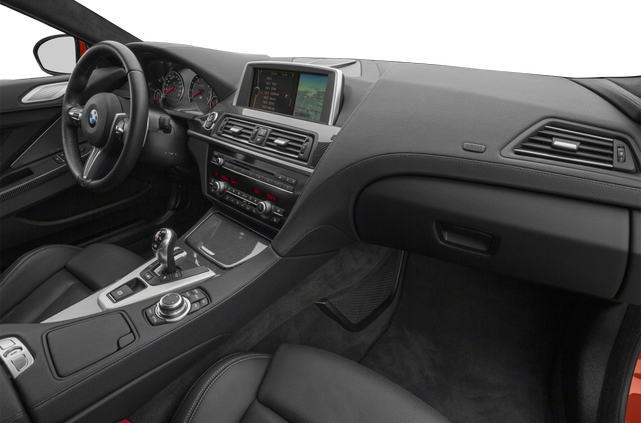 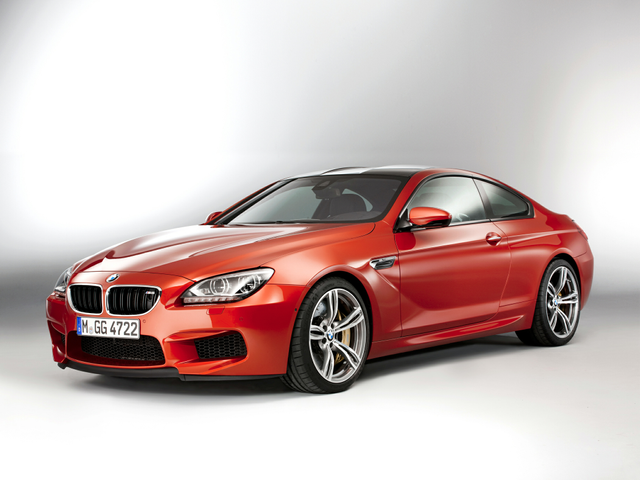 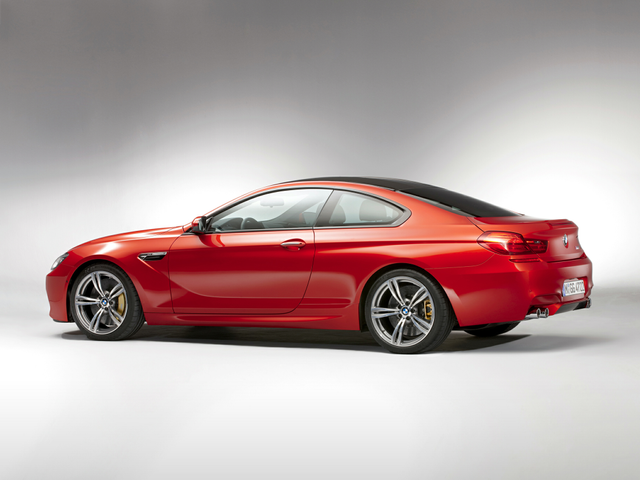 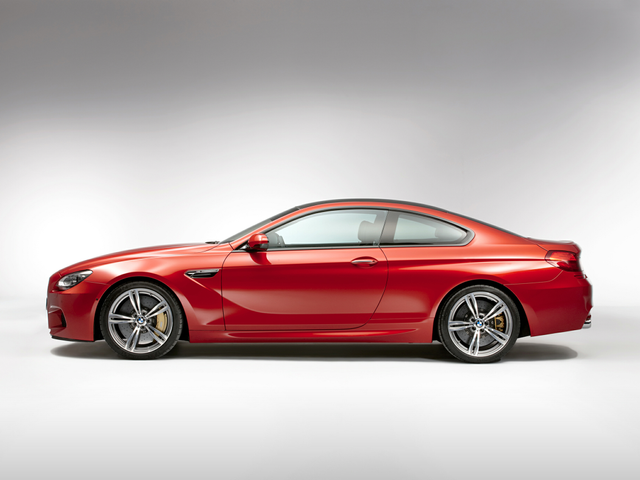 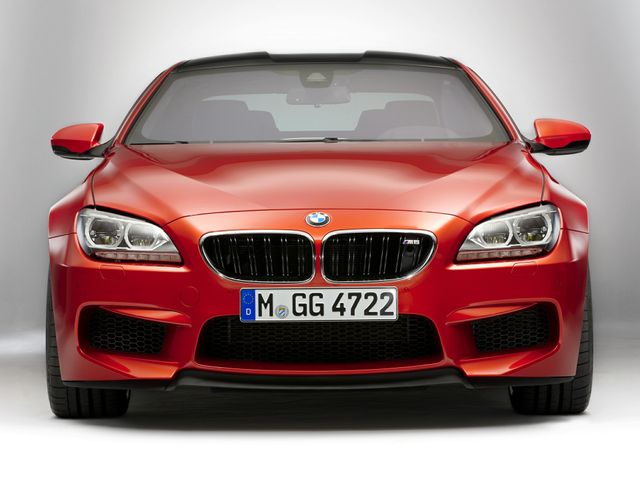 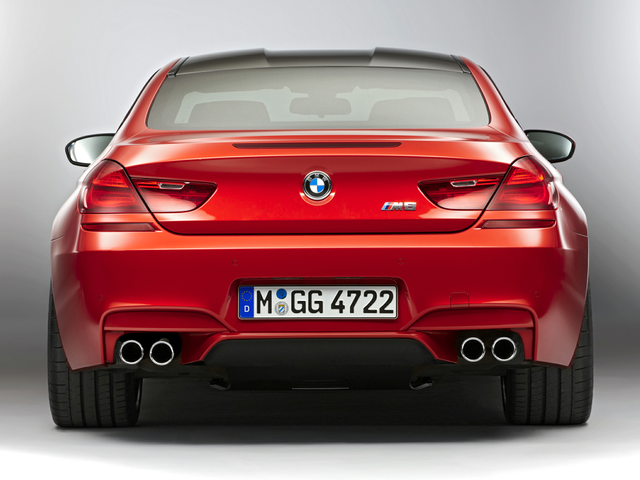 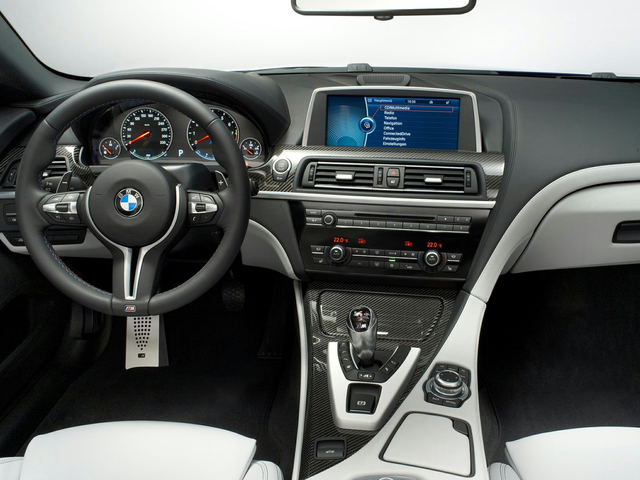