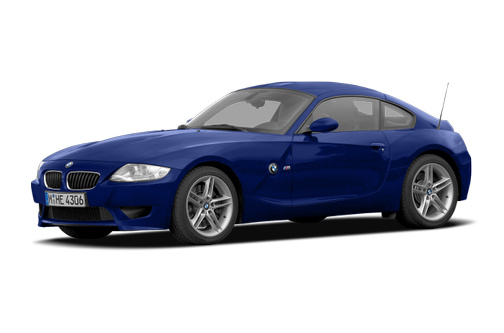 Our 2008 BMW Z4 M trim comparison will help you decide.

Vehicle Overview
The Z4 coupe and roadster offer a different shade of gray paint for 2008, and the standard wheels grew an inch in the roadster’s optional Sport Package. Otherwise, the Z4 models are completely unchanged for the 2008 model year. They’re available both in base and high-performance M versions. The Z4 competes in the market directly with the Audi TT, Mercedes-Benz SLK, Porsche Boxster and even the Chevrolet Corvette. Ignoring price, other roadsters include the Mazda MX-5 Miata on the low end and the Mercedes SL-Class on the high.

The two main trim levels are 3.0i and 3.0si, and a high-performance M version packs a larger engine and a track-tuned suspension.

Exterior
BMW’s two-seater displays a blend of convex and concave surfaces, coupled with deeply sculpted bodysides. The Z4 has more edges, especially at the rear, than its rounded predecessor, the Z3.

Featuring a 98.2-inch wheelbase — relatively long for a roadster — the Z4 has a long hood, short overhangs and a low rearward seating position. The hood is aluminum, and soft-top components are made of magnesium, which is strong but weighsless than steel. Equipped with a heated glass rear window, the top retracts beneath an integrated tonneau cover. Manual operation is standard, but powered operation is available. There are roll bars behind the seats, and the A-pillars are reinforced.

The coupe’s front-end styling is similar to the roadster’s, but its fastback-style roof flows seamlessly from the windshield to the stern, ending abruptly ahead of a subtle deck spoiler.

Interior
The Z4’s controls are well spaced on a distinctive dashboard. Full-width dash panels are either wood or brushed aluminum. Simulated leather upholstery is standard in the 3.0i, while the 3.0si gets real leather. An extended leather option in the 3.0si adds upholstery to the windshield frame, sun visors and doors.

Under the Hood
Two inline-six-cylinder engines are available in the Z4. Both are 3.0 liters, but the 3.0i’s makes 215 horsepower and 185 pounds-feet of torque, while the one in the 3.0si achieves 255 hp and 220 pounds-feet of torque. Roadsters are available with either engine, but coupes come only with the more powerful motor. A six-speed manual transmission is standard in all Z4s, and a six-speed automatic with a clutchless-manual mode is optional.

Safety
Side-impact airbags, knee airbags, antilock brakes and BMW’s Dynamic Stability Control electronic stability system are standard, as is a cutoff switch for the front passenger airbag. To help reduce the chance of being rear-ended, the Z4 carries adaptive two-stage brake lights that increase the illuminated taillight area under hard braking, conveying to following traffic the urgency of the stop. A tire pressure monitoring system became standard in 2007.

Z4 M
The rear-wheel-drive Z4 M is available in both coupe and roadster forms. They’re only mildly differentiated from their lesser brethren, with a tweaked front face and a rear end that incorporates a hint of a race-style diffuser, flanked by quad exhaust tips. Bi-xenon headlights — which means high-intensity-discharge lighting for both high and low beams — are standard equipment on M cars, so even with added power you won’t out-drive your lights.

The M interiors are as subtly differentiated from the base cars as the exteriors. The instruments are white on black, with an adaptive yellow and red LED zone on the tachometer that changes to match the engine’s readiness to rev. (A cold engine shouldn’t be revved as high.) A thick-rimmed M steering wheel and shift knob give these cars a firm handshake, and the pearlescent chrome climate controls and door handles provide jewelry. “Hexagon” trim replaced brushed aluminum in 2007.

The M’s 3.2-liter inline-six-cylinder engine produces 330 horsepower and redlines at 8,000 rpm. The power is transmitted to the asphalt by a six-speed manual transmission and a computer-controlled variable differential lock, which lets the driver enjoy the dynamic sensation of rear-wheel drive without flinging the car into the nearest ditch at the first sign of precipitation.

Driving Impressions
You have to fold yourself a bit to get into the Z4 when the top’s up, and look out for that high doorsill. Accommodations are good for someone 6 feet tall, but for anyone taller, comfort and visibility are questionable. Close to the driver’s head, the glass rear window provides a decent view, but the roll bars and head restraint are obstructive, as is the pillar formed by the roadster’s raised top. Parking can be tricky due to the obstructed view and difficulty judging over the trunk and hood exactly where the rounded body ends.

The dual-layer soft-top helps cut down on noise, but this is clearly a convertible. Interior storage is so-so, with narrow door pockets and a tiny glove compartment that has no lock, leaving it accessible if you park the car with its top down. However, the center storage behind the driver’s right shoulder locks automatically along with the doors.

The car’s weight distribution is even and its handling is competent, but some say the driver’s seat is placed too far back, making for peculiar dynamics. The electric power steering is better than that in some cars, but it’s not great. The Z4 M’s hydraulic steering has better feel.

The Z4 M is the best-executed of the model line — not because it’s the quickest but because all of its attributes are well matched to each other.

Most Bang For the Buck

A man I know once looked at it, turned to me and said, " you cannot buy a more beautiful automobile than this for less than a 100.000.00 dollars," and he was right. While there is much controversy around the design, the truth is this car turns heads. It looks like it's going fast even when its sitting still. This is despite being ten years old and ostensibly an old design. And, when it is going fast, Wow! The power is effortless and comes on quickly, but with the sport suspension and the rack and pinion steering, you feel confident and in control. You have to remember though, this is a sports car that requires the driver to pay attention. There are cup holders, but you need both hands to handle this beast; I suggest waiting until a pit stop to sip on that soda. And why not? have your drink and burger in the family sedan; the pleasure derived from this car has nothing to do with the flavor of food. Its the flavor of life. The seats are firm, but they hold you securely in place when you are taking that curve at speed, and if you just have to have some luxury, they are heated. The S54 engine is the last naturally aspirated BMW power plant, makes 330 hp, and is darn near bullet proof. M cars do benefit from a little more maintenance , but the overall reliability is so good that it need not be deal killer. It is recommended that the valves be adjusted every 30,000 miles, but other than that, monitor the Vanos system, keep the oil changed, and regularly inspect the usual things like brake pads, filters, and coolant. Also check to see that the drain holes for the convertible top are clean and clear. This keeps the motor that raises and lowers it from burning out. Comfort for large individuals can be an issue, but for the average sized among us, there is plenty of room. The convertible goes up and down in about 7 seconds, and the wipers, defroster/heater, and air conditioning rivals that of American cars. Another potential issue is a lack of trunk space. There isn't much in a regular Z4, but due to design considerations, the M cuts even more room because the battery is located there as well. Finally, remember, these cars do not have spare tires, and unlike the regular Z's they do not have run flat tires. There are currently no run flat tires that can handle the performance of the M, so sitting on top of the battery is what BMW calls a "mobility kit." Essentially, it is a portable air compressor and a can of fix a flat. I know from experience that the compressor will inflate the tire quickly, but try not to use the fix a flat unless it is absolutely essential. Tire stores hate the stuff. The bottom line for these cars is that they love to be driven, and if you are looking for non-turbo charged performance with a touch of the elegance of old style British roadsters, this is the car for you.

My 2008 BMW Z4 3.0i blue convertible is a bargain to own and has incredible looks and its quality is in abundance. Great German engineering. Very solidly built and the engine purrs when I drive away near or far. Perfect for enjoying nature with the top down at the push of a button. Great leather seats and the stereo is superb. A joy to own and drive!

Respectful of it's name

April 8, 2013
By Unsafety from Maryland
Owns this car

Totally living up to it's name, if you are a M enthusiast the ///M Coupe does not disappoint. The performance is naturally there as it is the M version of the Z4 coupe which is already well designed vehicle in itself. Under the shell is the S54 motor which is tried tested and true by this point, pushing over 300 HP to the rear stock. Want to really feel the performance? Hit the Sport button on your center console and feel the dynamics of the aggressively tuned fuel injection and performance tuning hit you right back as you accelerate. The comfort of the cabin is much of what you expect if you have been in any BMW since the early 2000s. Electronic adjustable M leather seats and a dash setup similar to the flagship 3 series. The coupe seems to complete the look of the Z4 in my opinion making it a much more attractive car to look at versus the convertible. Also, the stability of the coupe is rock solid. I have owned a 2008 for over a year now and haven't had any problems with it at all. Bottom line: I have owned several M models and this one is totally worth the money. At a fair price for an authentic sports car, the only thing I can think to say is go test drive one. The rest is up to you!

All model years for the BMW Z4 M 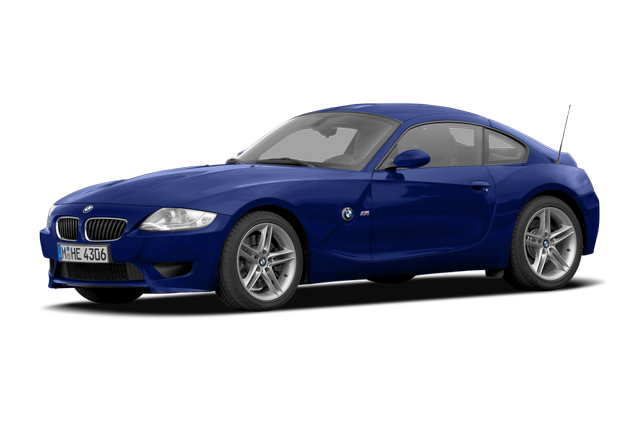 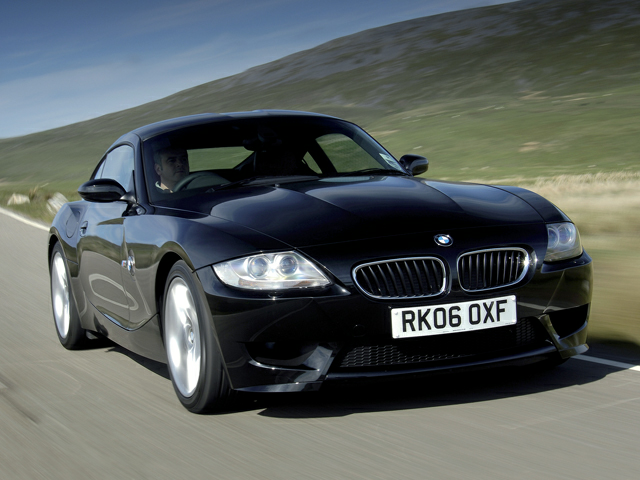 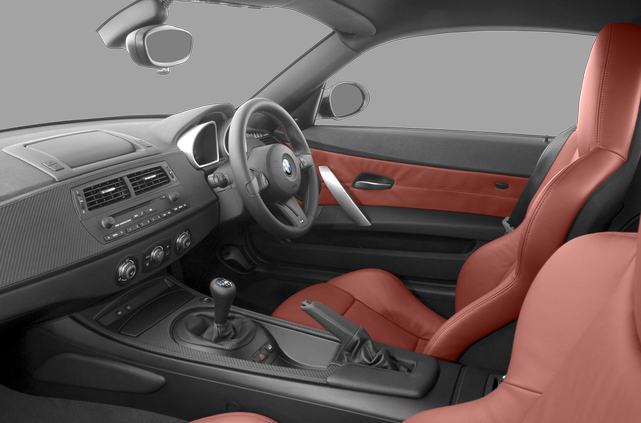 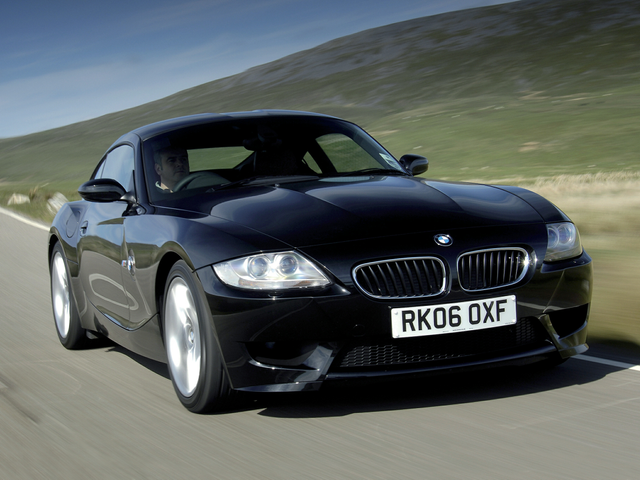