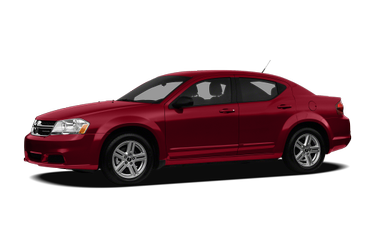 November 6, 2013
By Reicher from Hamilton, Ontario
Owns this car

Bought it a year old and this car has sweet muscle lines. The V6 has so much power and has extremely good gas mileage that beats some 4 cylinders. I have actually driven the car at 42MPG!! (I was driving on a flat road at about 70km/hr) I don't know what the expert reviewers are comparing this too (a hummer maybe) because the cabin is a great size and the trunk is far from small. It's not far off from the civic. The transmission HAS HAD A SOFTWARE UPDATE and doesn't hesitate anymore. The car does have torque steer when you floor it but it just makes me think I'm driving a race car haha. The car rides great, handles awesome, the cabin is crazy quiet for the cost, and even the cheapy base models have the soft touch materials in it. Virtually no plastic in it compared to the competitors. This car can tow heavy weights easily. I would recommend this car to anyone. This car is the most "Made in America" car. Tied at #2 for all vehicles with the F-150.

I had to have the Mainstreet or better edition to get the v-6. I test drove an SE and knew I'd be disappointed every time I entered the highway. It's nice to have that power when you need it. I missed out on a great deal for the Lux edition which would have included a lot more fun stuff: car starter, blue tooth, chrome wheels, sunroof... I have the Mainstreet with the "Heat package." I wish that meant heated seats, but nope. Lux edition, yes. I do love the 30gb hard drive radio, although I don't think it's the easiest thing to use. It has a USB drive for listening to files on a flash drive too. I was hoping that would mean that I could control my Zune with the touch screen or even upload files to the hard drive, but it isn't even acknowledged by the system. I can only play it through the 1/8 inch plug like any basic car stereo. The dealer said I could install the bluetooth phone and ipod connection for about $500! Maybe later. I am a bit worried about how it will handle in the snow. The 18" wheels look great, but will I need to get a cheapy set of snows for 3-4 months of the year?

4 cyl has average attributes but great for the $

December 19, 2012
By chaddingo from Sarnia, ON
Owns this car

The 2.4L inline 4 with the 4 gear auto transmission with overdrive provides great fuel economy on the highway but bad fuel economy in the city. The acceleration is on the low end of things but it looks beautiful and huge bang for its money.

November 22, 2012
By hotrod from westfield , Indiana
Owns this car

I enjoy the performance of my avenger heat , has the 3.6 pin star v-6 . the style of my car is really sharp , have had lots of compliments on it . i wish that chrysler would of kept making them .

I purchased a very low mileage, Certified, Pre owned 2011 Dodge Avenger Express in Sept 2012. This car has alot of engine power and smooth ride. It has a sporty look without being gaudy. It handles very well in rough, wet weather. It corners well and the steering is very responsive at freeway speeds. The interior is roomy and sleek/not fussy looking and the road noise levels are negligible. I noted in a recent on-line article that the Avenger has a higher accident rating when compared to other cars. My opinion is that it is due to the responsive engine combined with driver error as this car could get away from you if you have a lead foot as opposed to any fault of the way the car handles. This is an excellent "road trip" car and since I spend alot of time and miles in mine, I look forward to some good times.

Great for the reasons I bought it

This car although a 4 cylinder car accelerates and moves like a big 6 cylinder car. I bought it because I wanted a vehicle that is reliable to use as a commuter car. It gets over 30 mpg using regular gas, and is nice and roomy inside. I bought iy used for $15,750 and it had 12, 700 miles on the odometer.

Although I usually am a ford driver I decided to go with the Dodge Avenger, It stands out from chevy impala, malibu and ford fusion. Great cars, but dodge's styling is much more aggressive. Back seats are a little uncomfortable but the front is way better. I drive the express with the 4 cyl. engine and it picks up nicely. It roars pretty good at 3000 rpm making it sound like a sports car. It looks close to a Charger In my opinion looks nicer than the charger, since the charger grill bows forward so much. So if your looking for a small or midsized sedan this car is the way to go. Just think, there arent any little mustangs or camaro's out there.

July 11, 2012
By Matt from Northeastern Pennsylvania
Owns this car

This is sort of an add-on to my 5/15/2011 review so you may want to read that one first. I now have 21,000 miles on the car and am, so far, still satisfied with my purchase. Overall the car is still holding up with no squeaks and rattles and the equipment still working as it should. The only exception was that my factory hard drive stopped playing songs one night a couple months ago. I was able to browse through them but couldn't play them. Letting the car sit during the remainder of the night into the morning solved the problem and it hasn't done it sense. I still get many compliments on the Avenger's looks and even had it mistaken for a Japanese car. Many people view Japanese cars as "superior" so I thought it was quite the compliment. One inspection, three oil changes, a repainted front bumper (my fault) and the installation of my Mopar catback exhaust has, so far, been my only visits to the shop. A word to the wise: Being that the Pentastar V6 is only a couple of years old, many places do not have the oil filter in stock. Save yourself trouble and go to the dealer which actually cost less than a certain auto care center. I have gotten 8,000 miles between my first two changes but only 3,000 between the second and the last one. I'm not sure if I was driving too aggressively (I have that habit) or what but I hope I get more out of this last one. I get the same fuel economy that I have previously stated which is good considering the power of the car. I do have a few gripes: The rotors heat up too quickly and, while the car stops as it should, this causes a terrible shudder. Maybe cross-drilled rotors would be an improvement? Make sure you spend sufficient time adjusting your side view mirrors as this car has this car has some bad blind spots. Twice I have changed lanes and almost hit a car that I didn't even know was there. Rear visibility is also a problem thanks to the thick C-pillars (which helps give the car it's aggressive look). You get used to it but it makes you think twice on a few occasions. The trunk lid used to fill up with water (an Avenger problem since 08) causing water to leak out of the latch, and thus, into the trunk when it was opened. During my last oil change a service bulletin "fix" was issued. Basically, the dealer removed two rubber plugs on the bottom of the lid. So far, this has fixed it but it leaves the bottom of the trunk lid have a kind of "unfinished" look. My final gripe doesn't really have to do with the car itself but with whoever writes the owner's manual and user's guide... some of the information is not correct. The user's guide and I think the manual too state that the Avenger has a standard fold-flat front passenger seat when I don't. Another example is that the user's guide states that my battery is in the trunk while the manual states that its under the hood (where it actually is). Aside from those gripes, I am still happy with my purchase and would recommend anyone look at this car before you decide on the others in this class. Who knows... If this once anti-Chrysler guy has more years of good luck with this car, he may become a convert.

Best car I ever drove

I test drove all of the 4 door mid sized cars and truthfully was a bit depressed. I couldn't believe I was going to buy a car I wasn't thrilled with. Have owned Grand Prixs and T-Birds and now what, a Toyota or a Malibu. Ugh. I passed the local Dodge dealer and saw an Avenger Lux. First ride the v-6 snapped my head back, I took a hairpin turn at 55 mph and didn't have to hit the brakes. So comfortable and quiet, rides like a limo on the highway and zips around town. My wife took one look at my face while I was driving it and knew I was going to buy it. Best car I ever owned. If you are a car guy like me and love to drive great cars, this is the one. I am thrilled with it! Gene

April 19, 2012
By Donnie from Oklahoma, midwest city
Owns this car

Love the lights and the big room the vehicle had.. great vehicle for drive around the city with great gas mileage and tires.