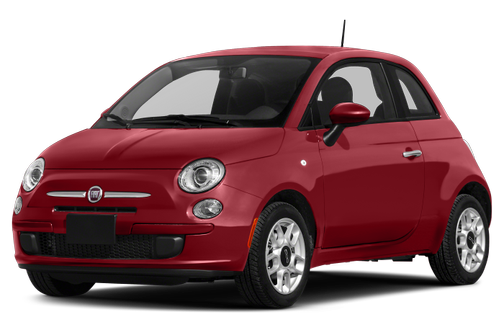 A year after Fiat returned stateside with the 500 hatchback, it brought us the Abarth performance version, named for Austrian racer and aftermarket tuner Karl Abarth. The Abarth (pronounced AH-bart) adds another 59 horses to the 101-horsepower 500 — a double-espresso of extra power. Unfortunately, the drink is a bit bitter.

The 2012 Fiat 500 Abarth improves on the 500’s driving fun, but it feels short on refinement, making its price premium hard to accept.

For standard features, the Abarth roughly matches the 500 Sport, the middle trim level; there’s also a base 500 Pop and a better-equipped 500 Lounge. This review focuses on the Abarth; click here for our review of the 500 for a broader overview of the hatchback, or click here to compare all four trims. Whereas the 500 comes as a hatchback or quasi-convertible 500 Cabrio with manual or automatic transmissions, the Abarth sticks with a stick shift in hatchback form only.

Abarth Styling
Extended side skirts and a 0.6-inch lower ride masculinize the Abarth’s gumdrop profile, but the biggest change comes in back, where a prominent roof spoiler, black diffuser and dual tailpipes add some needed presence. The Abarth measures 4.8 inches longer than the regular 500, partly because its front bumper extends 2.7 inches ahead of the pencil-moustache face. Fiat says it provides clearance for the turbocharged engine’s two intercoolers, which receive air through six separate nostrils. Kudos to Fiat for making each one functional: Why automakers festoon cars with fake louvers is beyond me, and it happens to cars as fast as the 621-hp Mercedes-Benz SL65 AMG.

Turbo Power
Turn the key and the 500 Abarth clatters to life with all the racket of a slammed Honda Civic. Two passengers asked if something was amiss with the muffler. I don’t blame them. The exhaust blats and pops at idle; it sounds even more grating than the 500’s agricultural note, turning into a less-awful whine only as your right foot sends the Abarth’s turbocharged 1.4-liter four-cylinder past 2,500 rpm or so. Mash the pedal and the Abarth starts out tepid but scurries to speed as the engine tears through its torque peak, a plateau from 2,500 to 4,000 rpm. One editor noticed preponderant torque steer, despite provisions in the transmission and front differential to quell it, but the overall experience beats those in yesterday’s sport compacts — the Toyota Celica, Acura RSX and their ilk — whose power didn’t show up until sky-high rpm.

The Abarth gets a heavier-duty manual transmission than the 500’s, and its hefty shifter and medium throws make slapping through gears easy enough. The engine responds instantly to the gas pedal — much appreciated, considering that too many performance cars incur killjoy accelerator lag — and the pedals sit close enough for easy rev matching. But the Abarth’s stick still has five speeds instead of six, and it’s beyond me why Fiat didn’t add another cog. At minimum, it could have narrowed the gulf in EPA-estimated gas mileage between the Abarth (28/34 mpg city/highway) and the stick-shift 500 (30/38 mpg), which is to say nothing of the performance gains it could bring.

A Sport button reduces power-steering assist and unleashes full engine torque, which is otherwise limited, especially in 1st and 2nd gear, to preserve gas mileage. Full horsepower is available if you put the pedal down, but the extra torque means the Abarth will always accelerate quicker in Sport mode, Fiat says. In practice, Sport gives the car punchier response from 3,000 rpm to redline, and the steering feels more settled at highway speeds. Find a cloverleaf and the 500 changes direction quickly, with impressive road-holding from the Pirelli P Zero Nero summer tires.

Despite the rubber’s modest width, the Abarth hugs its course, ceding grip to mild understeer at high speeds. Though it shares the same 64/36 percent (front/rear) weight distribution as the driftable 500, the Abarth feels a touch nose-heavier. You feel less body roll than in the 500, thanks to stiffer springs and a new rear stabilizer bar, but several editors still found enough body roll and top-heavy feel to sap the Abarth’s fun.

Low­-speed turns, by contrast, frustrate even more. The 500 and Abarth share the same wheelbase, but the latter gets a quicker steering ratio with 2.3 turns, lock to lock, versus the 500’s three turns. That increases the turning circle from 30.6 feet to an SUV-like 37.6 feet. Parallel parking, so easy in the 500, becomes a multipoint chore.

The Abarth feels similar to the firm 500 over bumps and potholes, despite stiffer springs and a lower ride height. Highway isolation improves a bit, thanks perhaps to Koni brand selective-damping shock absorbers. It’s a compliant setup, no firmer than competitors like the Volkswagen GTI and Scion tC and better than the choppy Mini Cooper S. The Honda Civic Si rides softer than the group, but you give up a lot in return.

The Abarth gets larger front disc brakes than the regular 500 but has the same rear discs. The hardware matches well to the 2,512-pound hatchback with confident stopping power and a linear pedal.

The Inside
The 500’s cabin earns a lot of style points, but the lacquered inlays border various textures of cheap, hard plastic. One high point: Generous padding meets your knees at door level — an investment I appreciated during aggressive cornering, as my knees dug against the doors. The Abarth’s gauge hood and parking brake get some damn fine leather wrapping, too, while a turbo-boost gauge perches to the left of the other instruments.

The sport seats come in cloth or optional leather. Our tester’s leather chairs allowed a lot more sliding than their Porsche-like backings suggest, and one editor found them — and the driver-side armrest — too small. Incorporated into the backrests, the head restraints aren’t adjustable. Heated seats, optional in the 500, aren’t available. Some may still find the seat bottoms angled upward too aggressively, but the cushioning beats the 500’s overstuffed chairs.

Other issues remain, however. Chunky B-pillars limit over-the-shoulder visibility to your left, and the seat belts remain a far reach. The flimsy turn signals and seat-height adjustments feel like they’re about to fall off, and the tiny stereo buttons are hard to use.

Cargo room is a smallish 9.5 cubic feet behind the rear seats — enough room for me to throw in a cooler, but not much else. Fold the seats down, and volume expands to 26.8 cubic feet. You might as well leave them down all the time, as their head restraints block some of the view out back — and few adults will want to sit in the headroom-deprived backseat, anyway. With seats folded, I had enough room to help a friend move a heap of dry cleaning and a few boxes, but serious stuff will require a larger hatchback, like the Ford Focus or Volkswagen Golf/GTI.

Safety, Features & Pricing
In crash tests by the Insurance Institute for Highway Safety, the 500 earned top scores in all tests for a Top Safety Pick. Unfortunately, the hatchback scored just three out of five stars in the National Highway Traffic Safety Administration’s crash tests. NHTSA cited mediocre results with female crash dummies, including just two stars for backseat protection in a side impact and three stars for side impacts with all dummies overall.

Standard safety features include head-protecting side airbags, antilock brakes and an electronic stability system. Click here for a full list. Standard convenience features in the $22,000 Abarth align roughly with the $17,500 500 Sport, with a USB/iPod-friendly Bose stereo and Bluetooth for wireless cellphone compatibility but not audio streaming. Leather seats, automatic climate control, a moonroof and a TomTom navigation system that mounts atop the dashboard are optional. Major factory options top out the Abarth around $26,000.

500 Abarth in the Market
Fiat priced the Abarth $1,100 below the Cooper S, but throw on a couple options and it costs the same. At that, it’s also a stone’s throw from quicker, roomier hatchbacks like the GTI, Focus ST and Mazdaspeed3. The stylish Abarth will sell on looks — our red tester drew glances in car-apathetic Chicago — but the performance lacks refinement, and issues with visibility, crashworthiness and interior quality persist. The turbo is addictive, but consider the whole package before it wins you over.

They sold us a car with problems.

The day I purchased a 2012 Fiat 500, the tire pressure warning light would not turn off and there was a strong smell of burning rubber. We took the car back that same day and the employees said the warning light would reset and the rubber burning smell was caused by oil burning that spilled. In addition the windshield wiper filler cap was missing. They replaced the cap the next day. However the other two problems persisted. We purchased a one year warranty. Took it to a mechanic at Bay Area Tires. They found a plastic bag stuck under the muffler. That was covered. However, the warning light switch had to be replaced. IT DID NOT RESET ITSELF! WE HAD TO PAY $198.00. WE HAVE TRIED TO resolve this with them, up to today, unsuccessfully and get reimbursed by autodot for a problem for which they should have corrected the day we purchased the car. But not so, they are giving us the run around, say the need to speak to managers, owners...etc. They sold us a broken car, we told them the day we bought it , they didn't fix it, and we end up with the bill ,now we are stuck with. We do not recommend this dealership .God forbid you get a lemon ALL Sales are final they say, if you have issues with the vehicle the day you buy it, too bad, your problem.

Rating breakdown (out of 5):
7 people out of 11 found this review helpful. Did you?
Show full review
1.7

Worst car I have ever owned!

This car was nothing but problems from day one u couldn’t pay me to have another one. I have had so many cars and this car was by far the worst I have ever owned! The head gasket even went out before I hit 60k. Stay away from this money pit!!!

The most Amazing Fun Beautiful and efficient Car

November 29, 2020
By Fiat lover from Oceanside Ca
Owns this car

I loved this car .. is super gas efficient .. beautiful, amazing and so Fun to drive !! 😍😍😍😍 I recommended to all people... for commuting, fun , family trips etc etc

Rating breakdown (out of 5):
2 people out of 4 found this review helpful. Did you?
Show full review
See all 111 consumer reviews

All model years for the FIAT 500 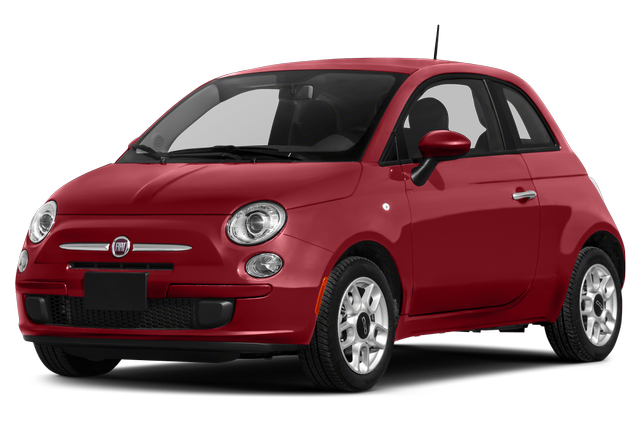 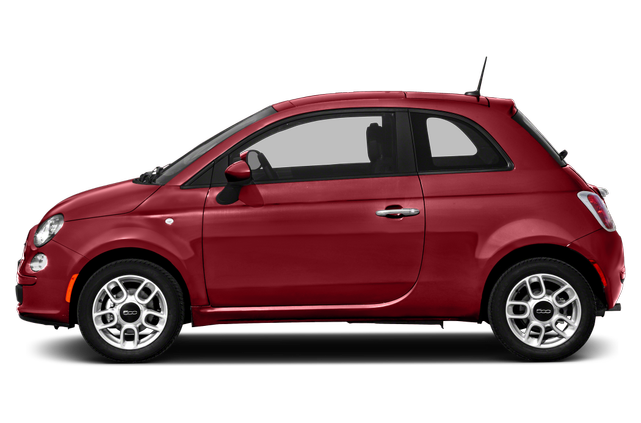 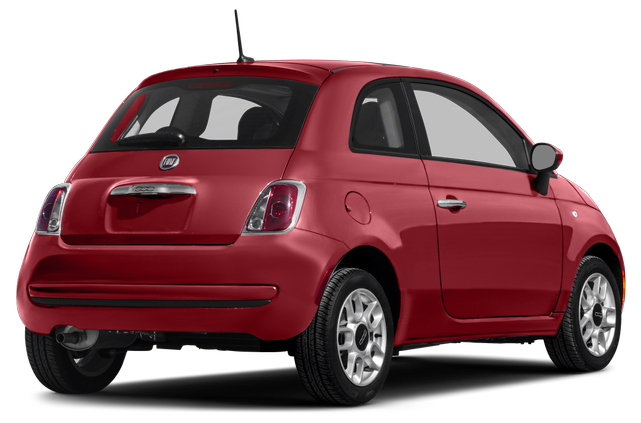 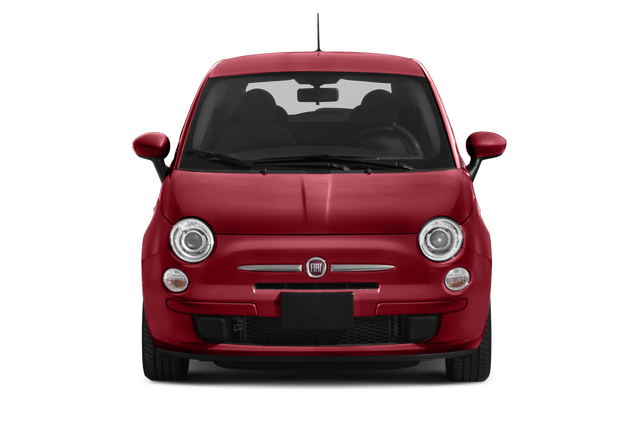 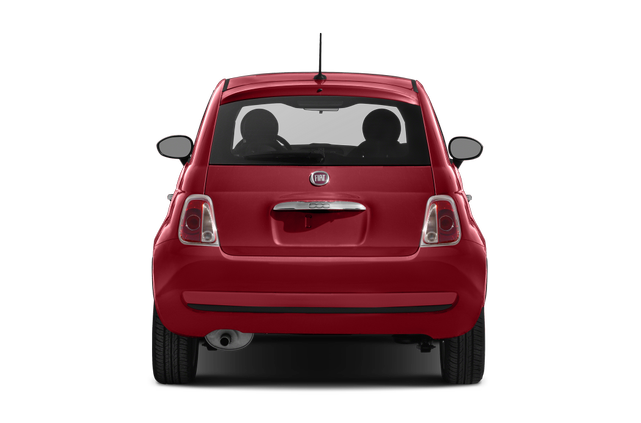 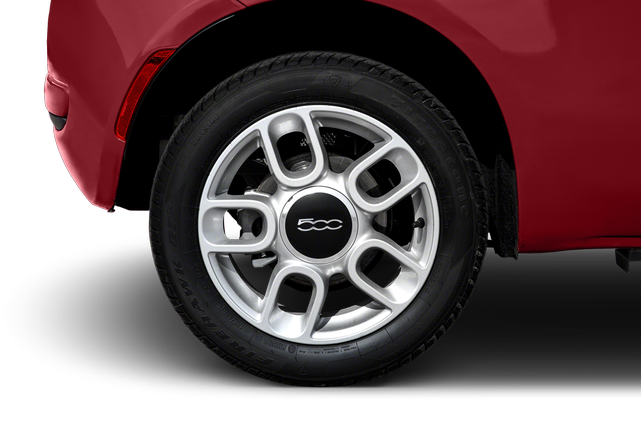 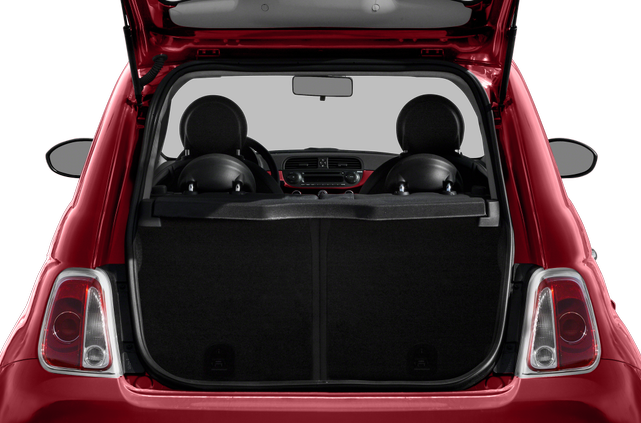 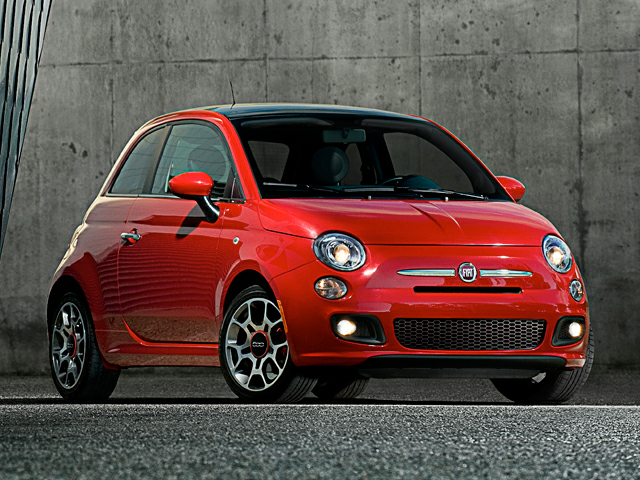 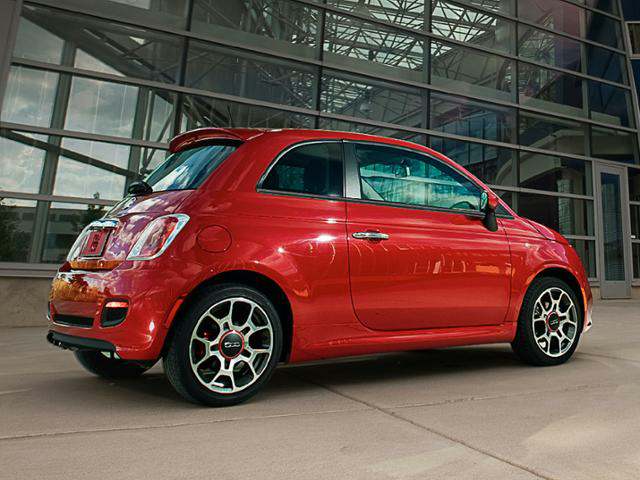 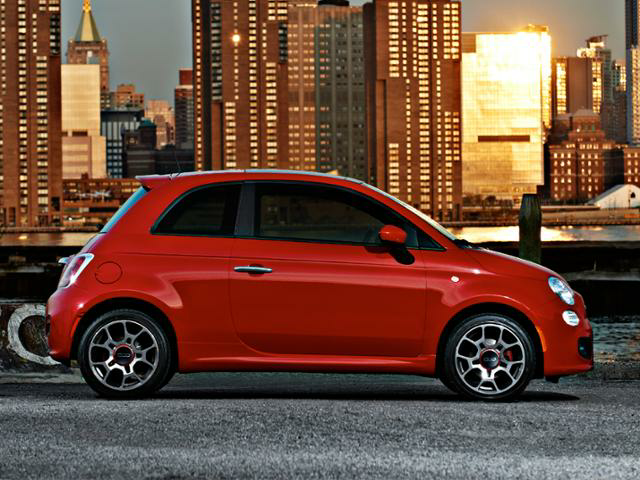 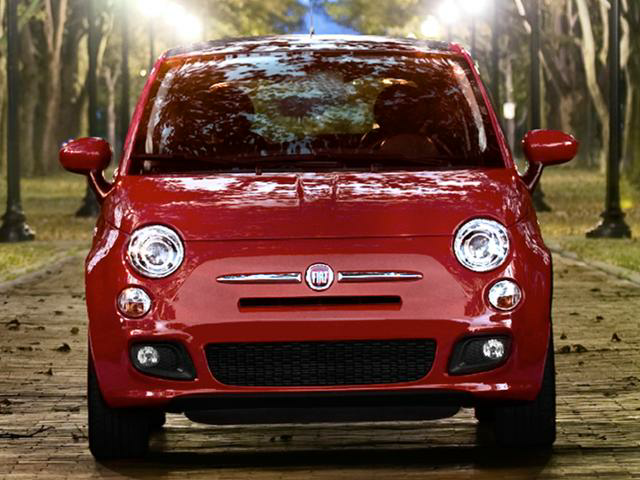 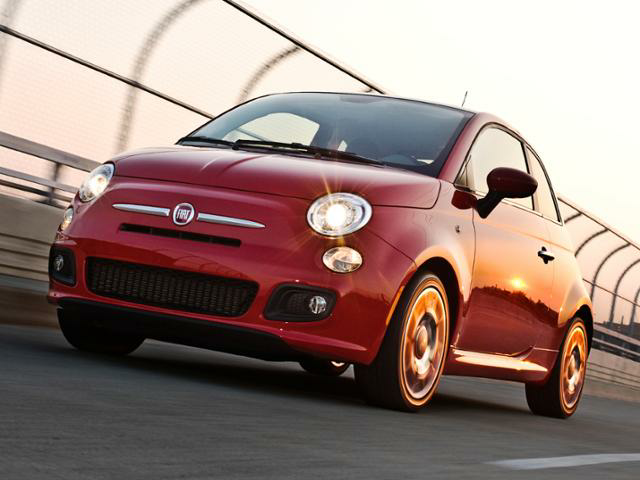 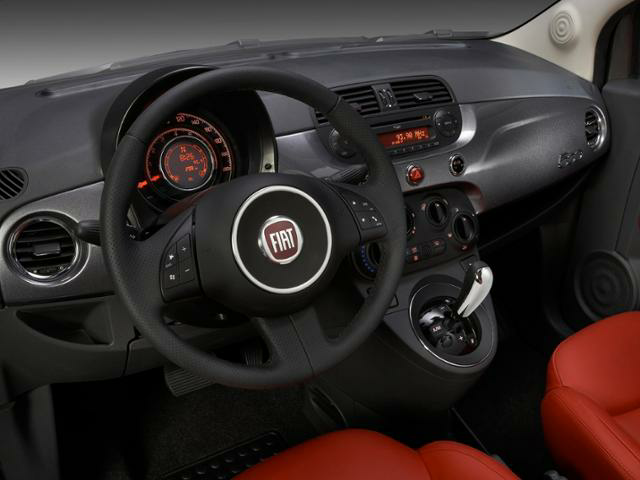 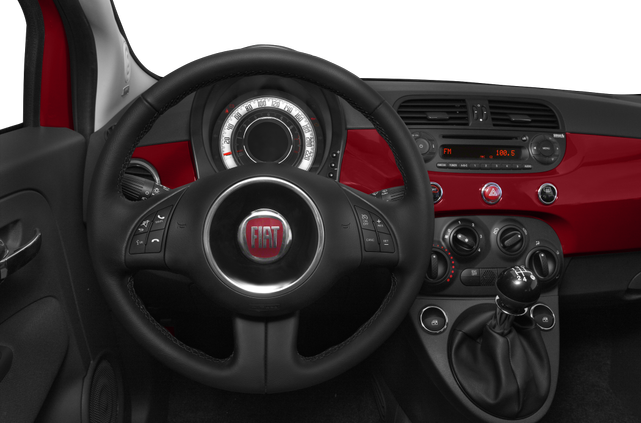 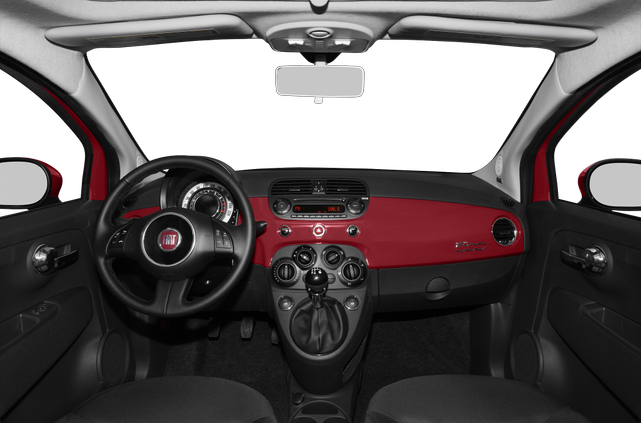 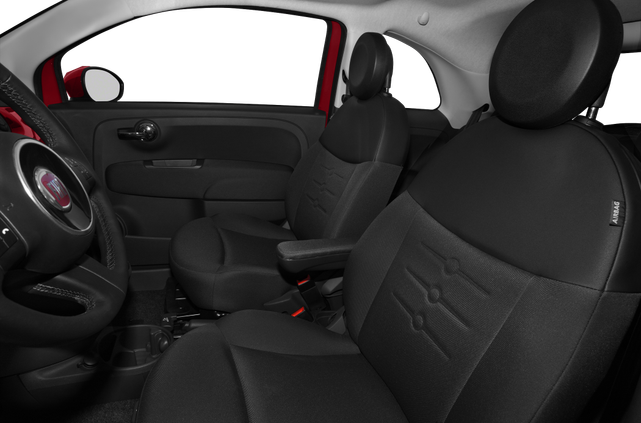 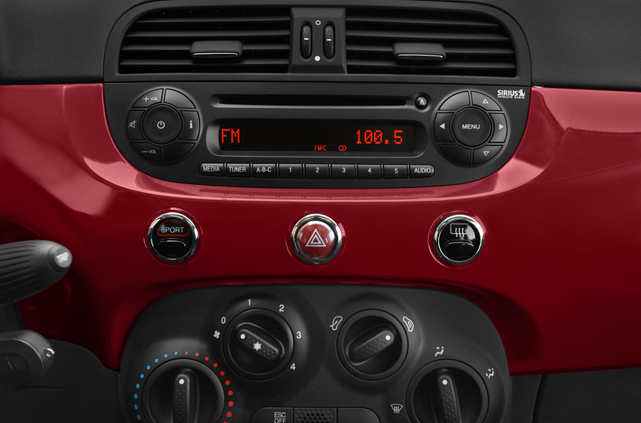 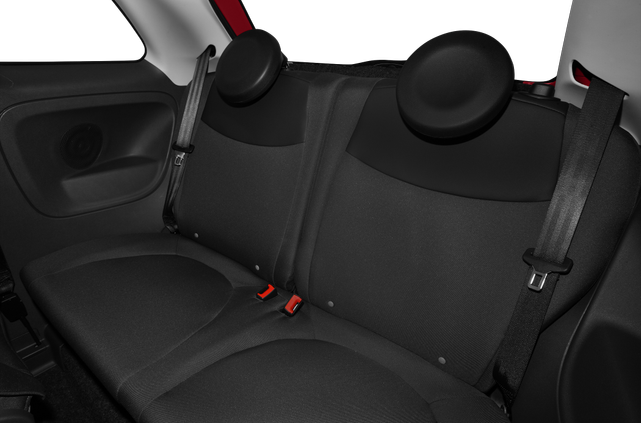 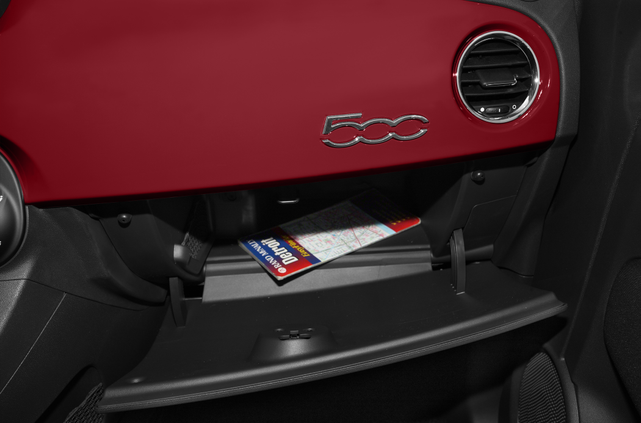 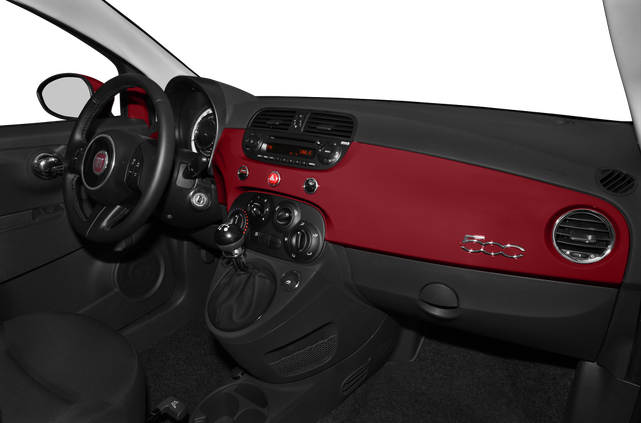 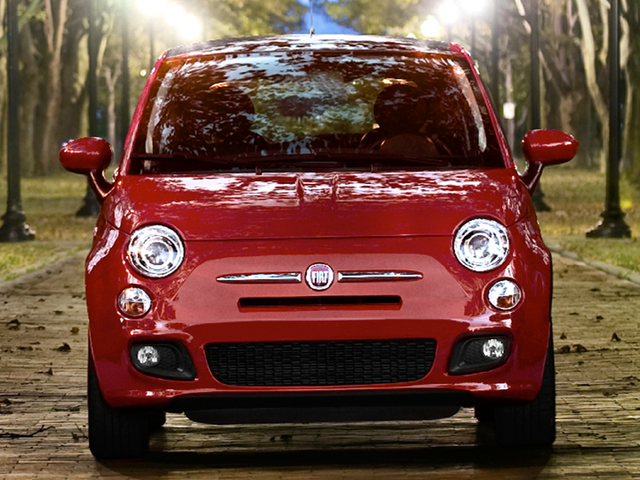 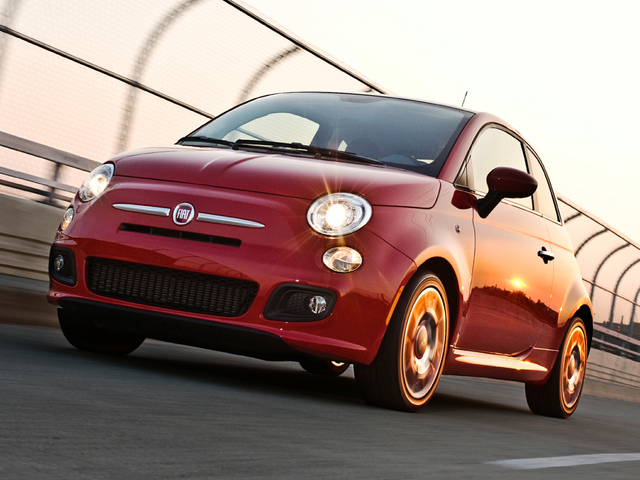 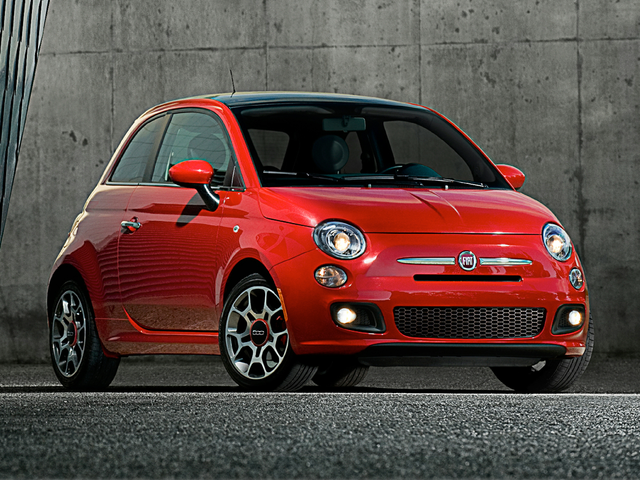 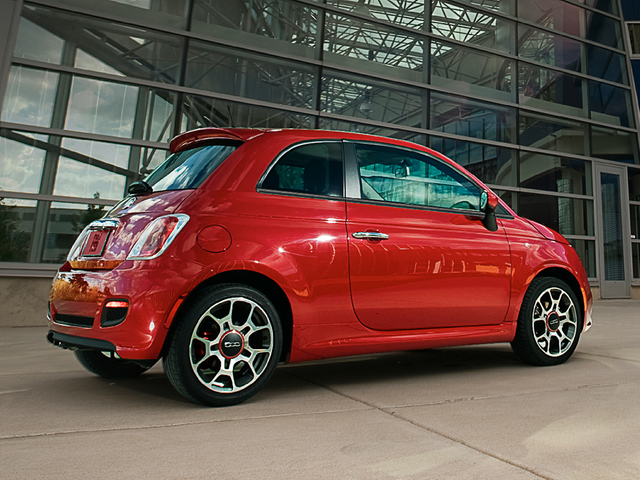 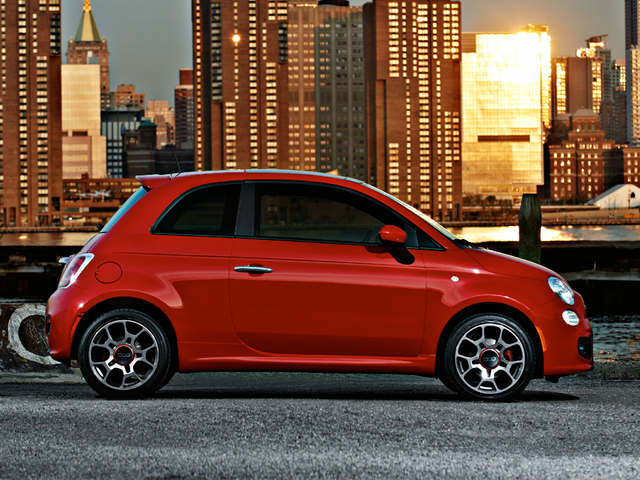 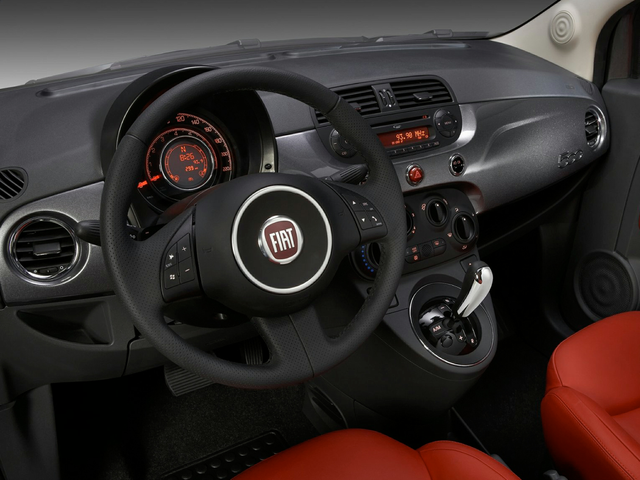