Our 2003 INFINITI G35 trim comparison will help you decide.

As much as I hate to admit it, I had a problem with Infiniti’s new G35 coupe.

It’s nothing unique. It’s nothing you haven’t already heard before, especially from anyone who owns a vehicle that looks great and rides tight.

My problem was three-fold: As in, three passengers could not possibly fold their way into it.

A backseat rider hit her head on the roofline. Another one sat with her scalp pressed to the glass. And a front-seat passenger just couldn’t find a way to get comfortable. One larger problem: None of them is taller than 5-foot-10.

Shoehorns should come standard. Grease should be an option.

One person can enjoy this car. Many won’t. That’s my beef, and that’s a big problem. Because, size not included, this is a car that is a devilish dream: A screamer, a looker and a winner. As Nissan’s upscale competitor to the BMW, Lexus and Acura options of the world, it arrives as a new vehicle this year and doesn’t miss a beat.

Bumps on the head are another matter.

As striking as it looks, as sizzling as it seems, there is one little problem with the 2003 Infiniti G35 coupe. If you don’t fit its demographic, you simply won’t fit inside.

Oh, the driver manages just fine. The G35’s firm, yet supportive, seats even offer an extra layer of padding to increase that “sports suspension” feel behind the wheel. But try and squeeze three passengers in the G35’s other cupholders, er … seats, and you’ve got a real problem.

But you don’t have a complaint with Infiniti.

Fittingly, so to speak, that’s where the automaker has covered its bases and hit two home runs in one. Can’t squeeze the coupe into your life? That’s where the G35 sedan comes in, a four-door option that offers one good one: More room. In sedan form, all problems are solved.

A quick car becomes a competent car which becomes a happy customer. It’s a good option to have.

But if you don’t need the room and don’t care whether your passengers end up with a bad case of the bends, the coupe is a car deserving of your must-sit list.

A week in the G brought out plenty of “gee, what power,” responses.

(Some of those even came from the folks in the back.)

In either sedan or coupe, when you step on the pedal you can feel the G35 go. Step on the brake and prepare to stop on a dime. Step out of the car and admire it forever.

Inspired by the Nissan 350Z and longing to be a BMW competitor, the G35 is a stunner either from the street corner or on a trip to the corner store. Built on Nissan’s new FM (“Front Midship”) platform, the G is a lot like the Z in that Infiniti’s engineers have placed the V-6 engine farther rearward behind the front wheels. That means that overall weight distribution is close to the ideal balance of 50/50 – something that improves balance and handling and gives the G a very glue-like stickiness on the road, especially with 18-inch wheels.

Shuttle it into the corners and you can feel the engineering at work. Step on that V-6 and you can feel all 280 horsepower in the coupe (or 260 in the sedan) working it. That’s more power than every competitor in its class, except the Acura TL Type-S.

From the inside-out, this is a car with passion. Turn the key and the dual exhaust rumbles to life. Turn a corner and the V-6 breathes new life. With a mostly aluminum interior, the instrument cluster and gauges are set up in a T-fashion, wrapping around the driver. The speedometer, tachometer and gauges all move with the steering wheel adjustment and the location of such simple things as climate control and radio controls are well thought out.

Everything, from the form-fitting leather bucket seats to the low seating position, has been done with a sport’s car enthusiast in mind.

And did we mention that it is available as a sports coupe? Like BMW, Infiniti is going after that muscular delivery, and it succeeded. The 3.5-liter V-6 is similar to those engines found in the Infiniti I35. It’s 24 valves of fun and a high-strung engine that is hard to lay off. Acceleration is strong and handling is on par with some of the best. It doesn’t lug in low gears and is seemless in the high end, testing your will to push the pedal harder.

But all is not perfect. There are some legitimate gripes, if only because it’s a new year.

The G coupe has the option of a six-speed transmission but the sedan only comes with a five-speed automatic with a sequentially shifting manual mode, something regrettable for anyone who likes to work the gears and clutch. The clutchless shifter allows you to work up and down through the “gears,” but it is nothing like driving the real thing.

And forget about driving it in the snow or adjusting the seat.

Although the G35 does come equipped with traction control, it is still a slippery adventure. Turn a corner on wet, slick or snowy roads and its easy to lose the back end. And try to adjust the front seats and you’ll have a hard time finding the switches – nobs that are sandwiched between the seats and the center console.

Did we mention dimensions?

Ruler for ruler, the sedan is actually bigger than most of its competition. That means longer than a BMW 330i and Lexus IS 300 and it’s taller than most. But it doesn’t mean it’s heavier. Weight savings comes from a body structure that consists of a good share of aluminum, including the hood and front and rear suspension.

The same weight saving is there in the coupe, it’s just there’s no room for anything else. Jump into the sedan, instead of the coupe, and you get about 14 percent more room – or about two legs – and the trunk nearly doubles in size.

But, let’s be real. Getting someone (actually two people) behind the front seats is not a viable option. My suggestion: Can the back seats. Everyone knows this is a coupe. Why waste the trunk room trying to be something it’s not?

What it is, though, is a pure driving experience for anyone interested in owning a cheaper alternative to the big boys.

All G35s also come with anti-lock brakes as well as side air bags, head-protection side curtain and a stability control system. It’s even good on gas mileage, riding in at around the low 20s in miles per gallon on mostly highway driving.

Add it all up and the G35 is an original car from the front to the back. It looks great, rides well and, for less than $30,000, it is even affordable.

It begs to be enjoyed. If only by yourself.

High Gear: A fast-paced alternative in the sport sedan market, the G35 offers horsepower, good handling and bol d styling on the inside and out.

Low Gear: In coupe versions rear-seat room is tiny and in all models snow is a definite problem, as is finding the buttons to move the front seats.

Price as tested (including options, destination and delivery): $30,920

I would say I’m probably the 4th or 5th owner of this car. My cousin got it from some guy and then gifted it to me. I got it at about 130k and it’s now approaching the 230k mark. This car burns through oil quick, so you have to make sure to check your oil frequently. I did have some rust issues with the muffler so that had to be replaced. The transmission finally started giving off a burnt smell so that might be a sign it’s dying. It’s almost 20 years old but still extremely reliable. The interior is outdated and falling apart (cousin was a construction worker and didn’t clean the interior all that well) but still runs great. Great acceleration too, that’s probably my favorite part about the car.

January 11, 2021
By Anthony from Cuyahoga Falls
Owns this car

Was a great "date night" car. Very fun to drive and worth every penny! If it were better in the winter, I'd buy another in a heartbeat!

Second owner. Purchased 5 years ago with 116K miles on it. Now have 155K. Car runs amazing. Incredibly quick from a stop. The automatic transmission shifts quickly and smoothly allowing for quick acceleration. The only issues I've had was the steering rack leaked and had to be replaced for total cost of $800. The Bose stereo also had to be replaced. Interior is a little dated as far as electronics go but it IS a 17 year old car. Despite the unavoidable paint chips the paint still looks great too. Hope to keep it till at least 200K miles.

Rating breakdown (out of 5):
7 people out of 7 found this review helpful. Did you?
Show full review
See all 80 consumer reviews 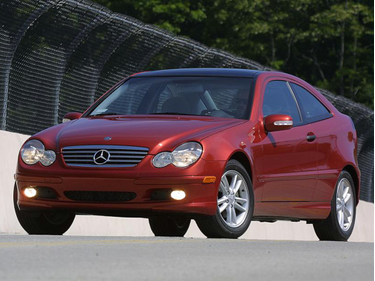 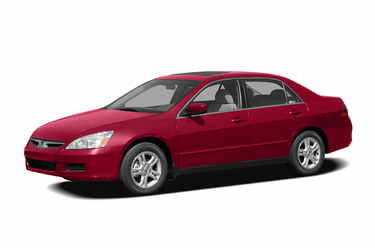 All model years for the INFINITI G35 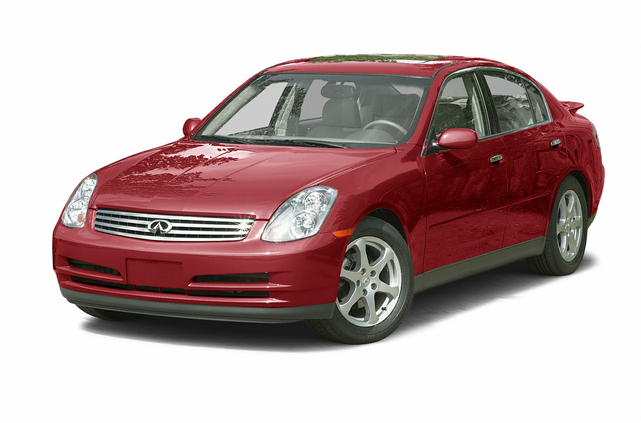 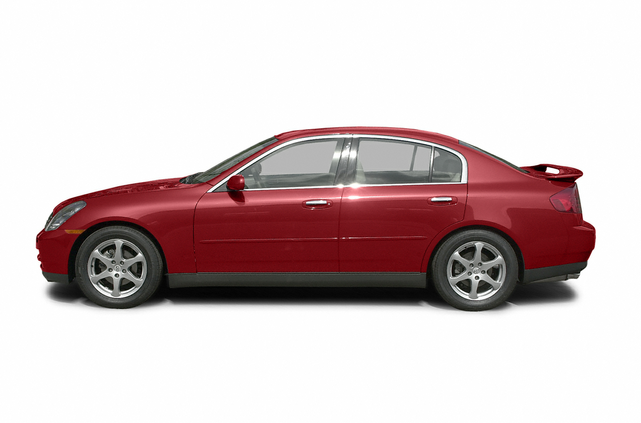 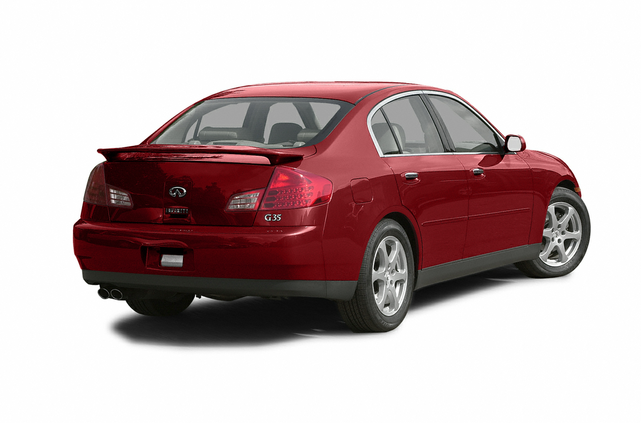 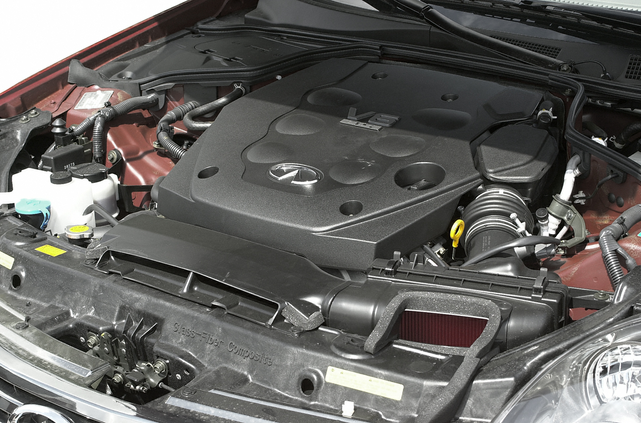 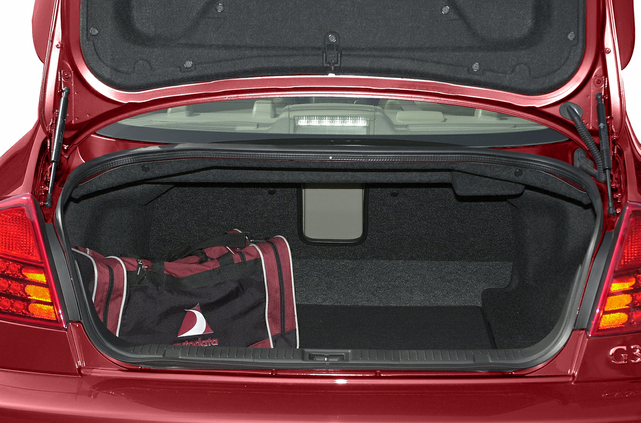 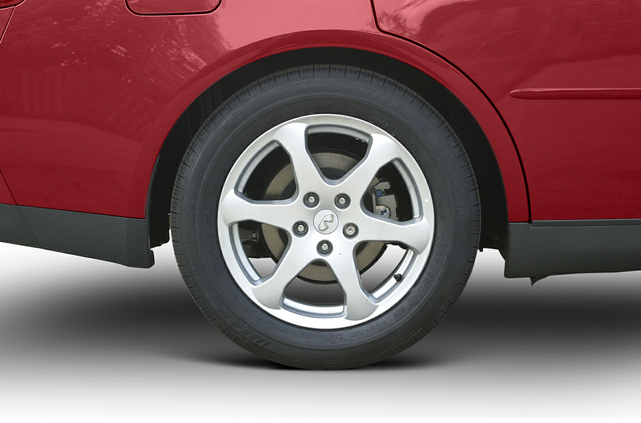 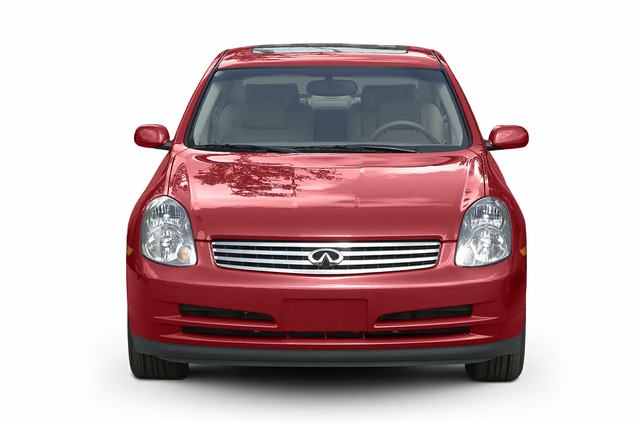 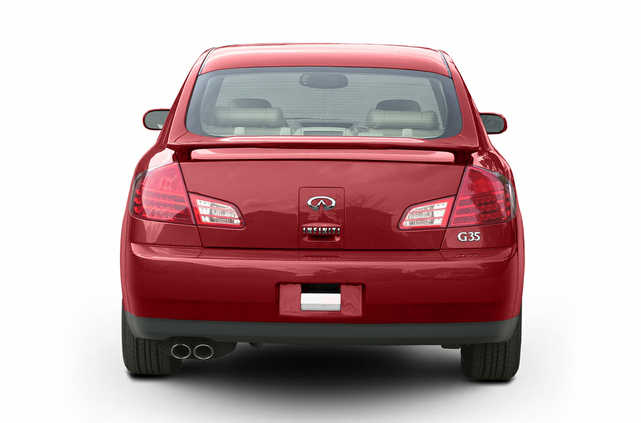 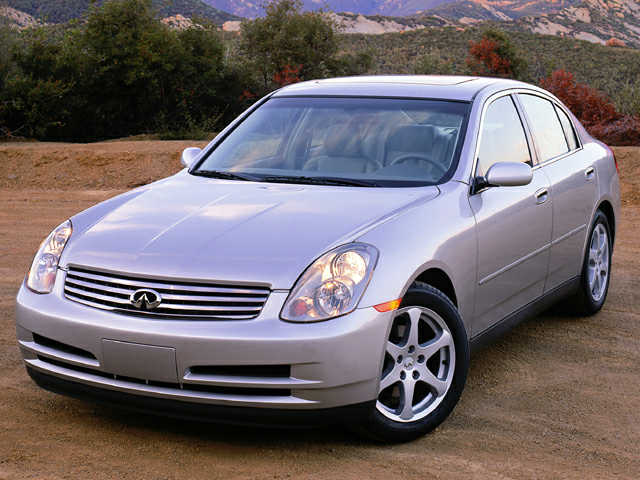 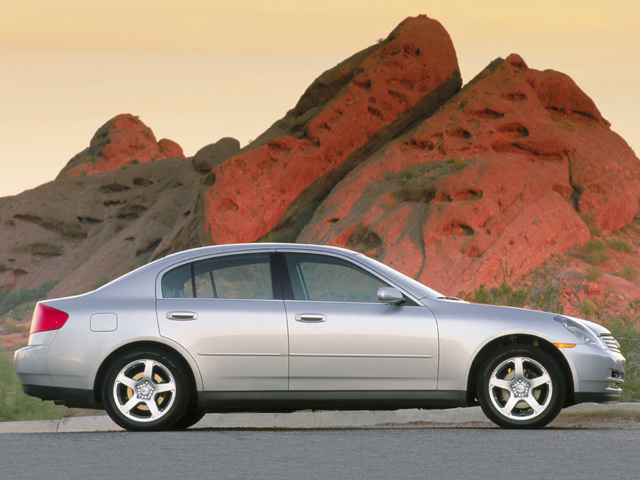 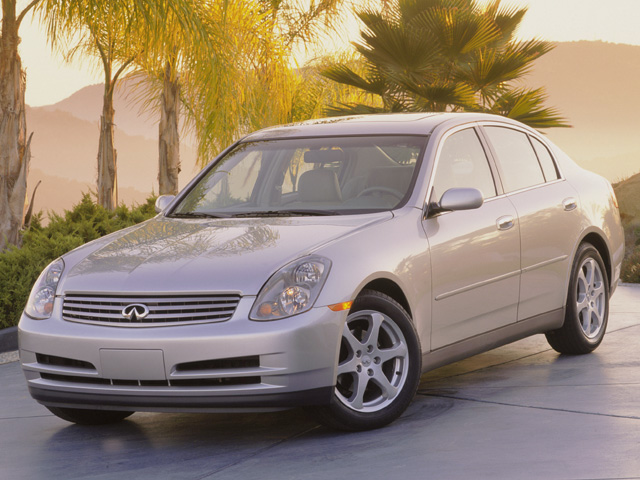 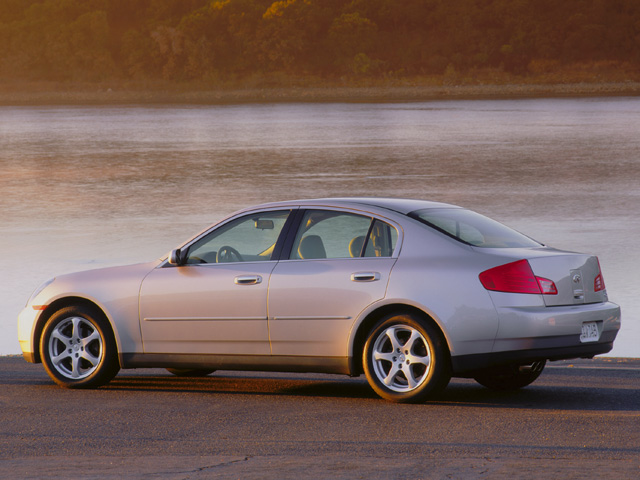 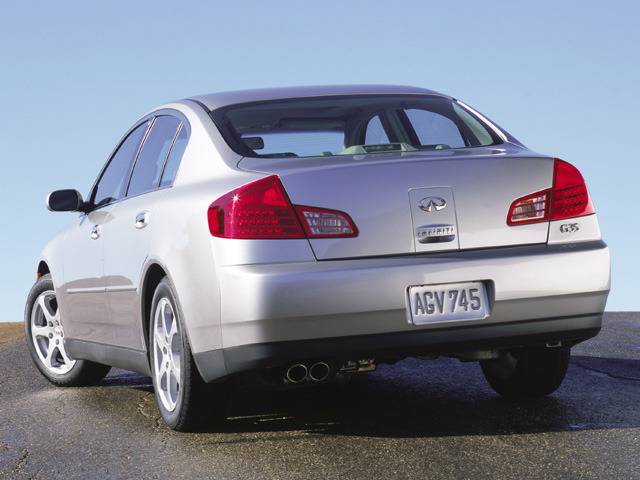 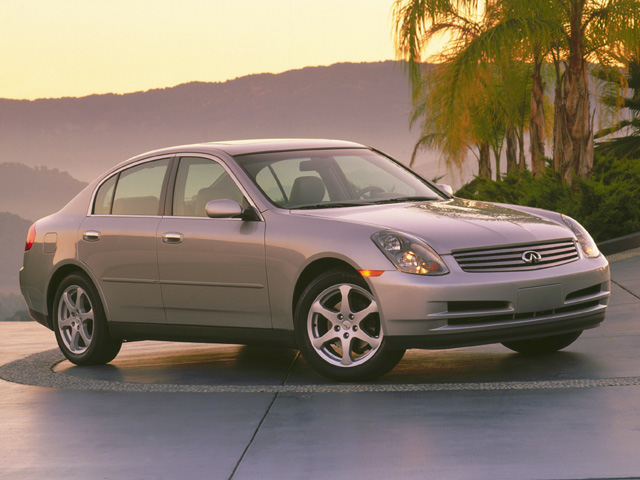 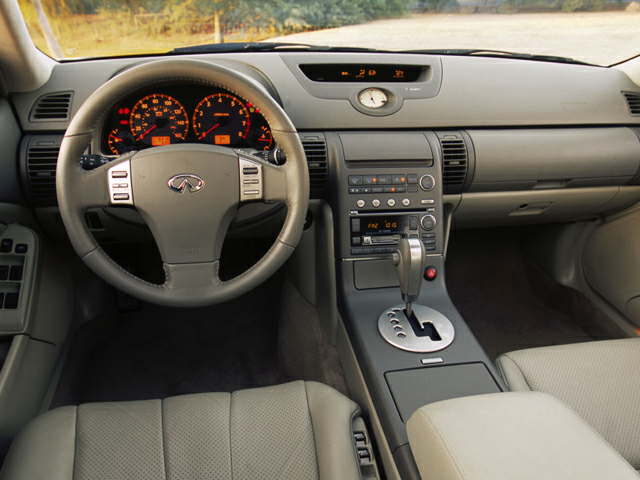 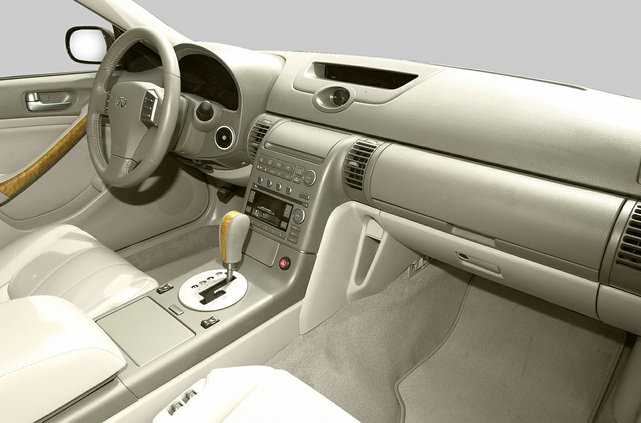 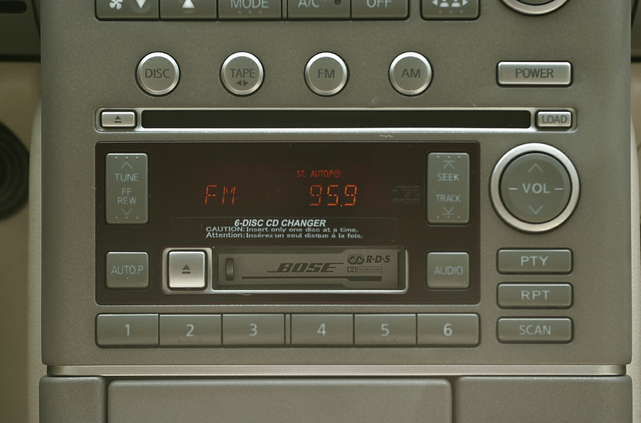 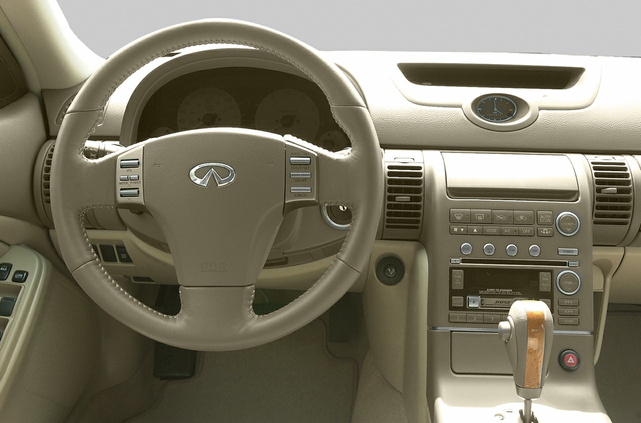 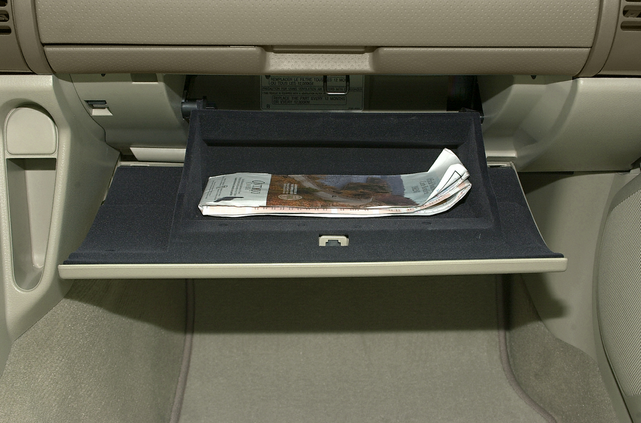 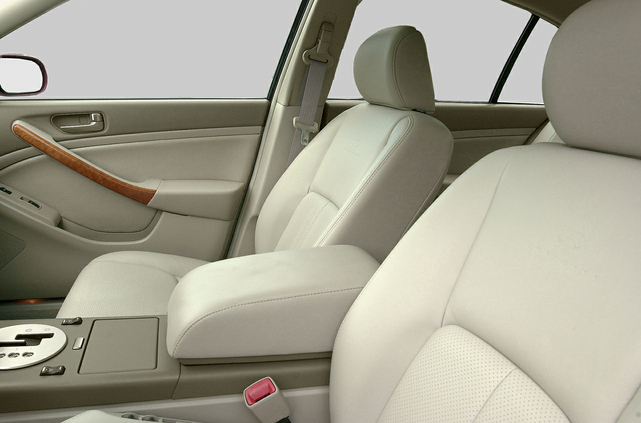 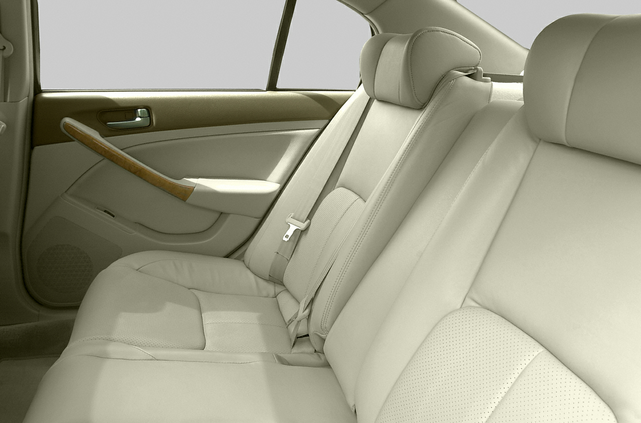 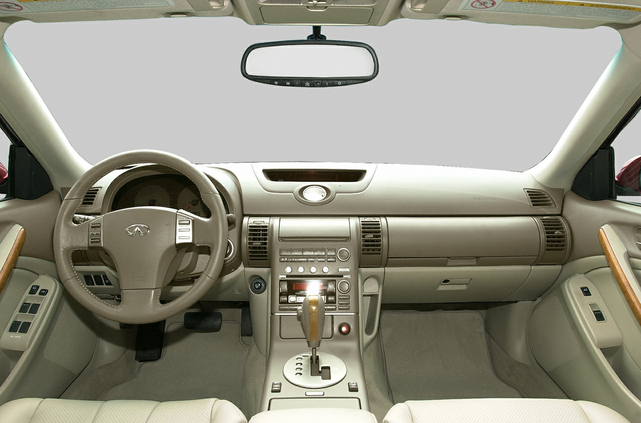 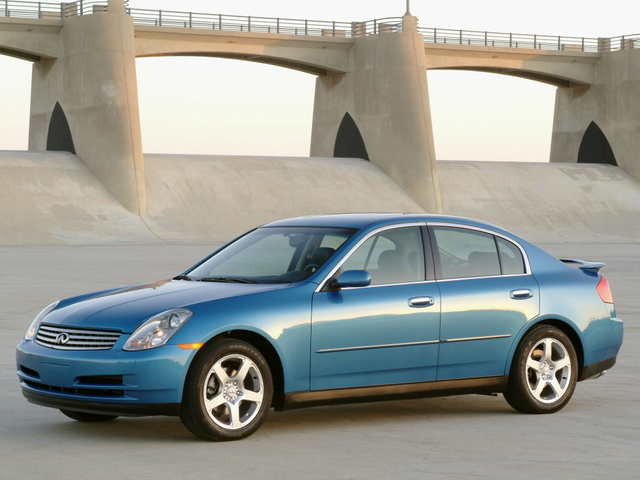