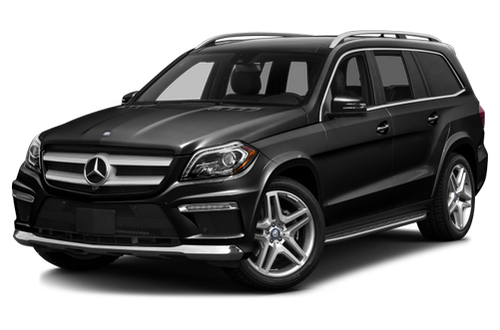 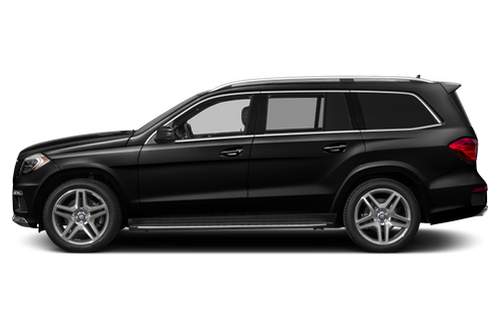 What Is the 2014 Mercedes-Benz GL-Class?

Available as special order option, the new Splitview dashboard screen can show two different images on one display. The front passenger can watch a movie while the driver views navigation information.

How Does the 2014 Mercedes-Benz GL-Class Compare to Other Luxury SUVs?

The Cadillac Escalade offers more cargo room but has less sophisticated features and design than the GL-Class. While the Land Rover Range Rover has a similar starting price and features, it seats only five occupants and has a smaller cargo area. The Audi Q7 also offers less cargo room and interior volume, but it seats seven and starts at a lower price than the Benz.

What Features in the 2014 Mercedes-Benz GL-Class Are Most Important?

The 2014 GL-Class is available in four different performance configurations. The base-trim GL350 Bluetec 4Matic uses a turbo-diesel V-6 engine that produces 240 horsepower and 455 pounds-feet of torque. The GL450 4Matic upgrades to a 362-hp, twin-turbo gas-powered V-8 that supplies 406 pounds-feet of torque. The GL550 4Matic has a twin-turbo V-8 engine that produces 429 hp and 516 pounds-feet of torque. The top-of-the-line GL63 AMG uses a 5.5-liter V-8 engine with 550 hp. It reaches a top speed of 174 mph, according to Mercedes. An available off-road package adds skid plates, a locking center differential, a two-stage transfer case and an adjustment that can increase the standard air suspension's ground clearance to 12 inches.

Should I Buy the 2014 Mercedes-Benz GL-Class?

The 2014 Mercedes-Benz GL-Class is a great choice if you're looking for a large luxury SUV with plenty of third-row room and accessibility. It offers great performance throughout its four trim levels as well. However, leather seats aren't included standard.

So far no issues

This is my 3rd Mercedes Benz...S550...GL450...SKL 350...The GL 450 is a great full size luxury SUV with a extraordinary smooth ride and great electronics...Great for transporting 6 passengers ... Read full review

by ELEGANT TONI from NEW JERSEY on December 7, 2020

I am enjoying this car, at the same time and learning all the specifications. Thank you again, Vinney, I love the world to know how good of a salesperson you are, but for now, it is via the internet. Read full review

The 2014 Mercedes-Benz GL-Class currently has 3 recalls

The 2014 Mercedes-Benz GL-Class has not been tested.

All Model Years for the Mercedes-Benz GL-Class

Certified child passenger safety technicians conduct hands-on tests of a car’s Latch system and check the vehicle’s ability to accommodate different types of car seats. The GL-Class received the following grades on a scale of A-F.*
* This score may not apply to all trims, especially for vehicles with multiple body styles that affect the space and design of the seating.