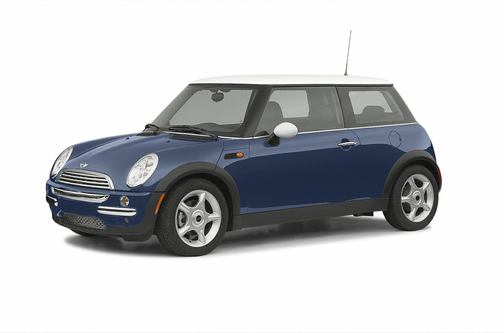 Our 2002 MINI Cooper trim comparison will help you decide.

It is a question being asked by thousands of car buffs who like snappy performance and eye-catching uniqueness in their rides: Mini &#151; Me?

BMW, which has reengineered the British Mini Cooper and brought it back to America after a 35-year absence, is betting that 20,000 or more enthusiasts will answer in the affirmative each year.

The company is hoping that the little box with go-kart-like performance that became a cult car here in the 1960s will call back its older admirers and lure the uninitiated but curious younger driver.

The comeback of the Mini is a remarkable step for a car whose initial mission was most mundane. In 1958, Sir Alec Issigonis was tasked by his British bosses to build a small car with a big interior &#151; a car that would seat four adults and that could be sold cheaply.

The result was a little box with its four wheels way out on its corners, a 34-horsepower engine, and a price tag of $750 to $1,000. But a funny thing happened on the way to cheap commuting. Racing enthusiasts discovered that this little car with not much power could compete on the track with far more powerful cars, because it could be positively hurled into corners and would hold its line flat as a brick.

As the Mini’s status as a racing machine on twisting, turning racetracks grew, a not-off-base joke developed that said the only question about whether a Mini could win a race against more powerful cars was how long the straightaway was from the last turn to the finish line.

By 2000, as sales of the Mini continued elsewhere around the world, 5.6 million Minis had been sold, and it was named European Car of the Century.

Now, there is good news for the knowing as well as for the curious: The Mini is back in a big way.

It is still a box, still has little front or rear overhang, has its wheels out at the corners, retains its huge bug-eye headlights, and has kept the one-piece hood.

Thankfully, it’s got more power (115 horsepower in its base version) and, even with that added power, you can still toss it at full throttle into sharp corners. A suspension system that includes MacPherson struts up front and a multilink rear system from BMW’s 3 Series, coupled with the car’s wide stance and low center of gravity, makes this possible.

Of course, I’m looking forward to getting into the base car’s peppier sibling, the Mini Cooper S (supercharged and putting out about 160 horsepower). That will be in my driveway in a couple of weeks, so expect a report soon.

The base engine is a 1.6-liter, four-cylinder power plant developed by BMW and Chrysler. It is a 16-valve, SOHC unit that produces 110 lb.-ft. of torque.

My first bout with the new Mini came this year in California’s wine country, where I got to drive it very fast on very twisting roads. It was loads of fun there. However, I wasn’t carrying kids or luggage, so the car was not weighted down.

Recognizing that the Mini will be a personal statement for many buyers, its builders have established a side line of related trinkets and geegaws &#151; shirts, hats, flashlights, jackets, models, pens, and jewelry &#151; to help owners further connect with the car.

In addition, while maintaining Mini’s two-tone color schemes of the past &#151; bo y one color, roof another &#151; Mini comes in 12 colors with not only a white or black roof option, but also the choice of three flags ($185 extra) for the roof covering &#151; American, British, or checkered.

Between the body and the roof is a wrap-around system of glass and plastic-coated pillars that gives the upper portion of the car the look of a vast greenhouse.

Inside, the front bucket seats are so well-bolstered that you feel gripped by them, a great touch for hard cornering. Legroom is long in the front and surprisingly long in the rear. Headroom is plentiful. While trunk space is lacking when hauling four people, the rear seat splits and rolls forward, providing huge cargo space for a couple on vacation.

Interior touches from the classic Mini abound: The tach is mounted on the steering column (and it goes up and down with the column as the steering wheel is height-adjusted); the speedometer continues to be a giant circle at the center of the dash; and toggle switches below the speedometer look retro though they control modern amenities such as power windows, door locks, lights, and the stability control system.

Brake assist and ABS are standard on all Minis. Stability control is an option with a special sport package.

Minis come with standard 15-inch wheels, with an option for 16s. The “S” will have 17-inch wheels.

Often when I parked the Mini, it drew a crowd. One question asked frequently was whether or not I felt safe driving such a small car in a world of behemoth SUVs.

After all, the Mini comes with no fewer than six standard air bags: front driver and passenger air bags, side impact air bags, and head curtain air bags for all occupants.

Beyond the special flag treatment for the roof, options for the Mini are limited.

A premium package ($1,250) gives you a multifunction steering wheel with cruise control, sunroofs for front and rear seat passengers, and onboard computer.

Today, the Mini is being sold at about 70 dealerships around the country &#151; BMW dealers who have set up either separate showrooms or distinct other onsite buildings from which they sell the car.

The Mini is a blast to drive, it is economical to run, and its price is surprisingly low. I suspect that once the folks who buy it because they recognize its roots, and those newcomers who are bold enough to join the cult, buy their cars, Mini will need to offer other models off this platform to make its investment sustainable.

I imag ine the concepts of some of those potential new models are already sitting in clay somewhere.

The wonderfully laid out dash. Love that big central speedo, the tach-on-the-shaft, those toggle switches. Bold and quietly nifty at the same time.

Wish I could say the same for the overdone treatment of the interior door handles and their trim. Huge, metallic ovals bisected by a large pipe are over the top in such a small car.

I hate to part with her, but it is time. A fun ride that a first-time driver would really enjoy! Handles great, decent gas mileage, fun with the windows down and the sunroof wide open!

Expensive to fix. Thrill to drive.

Mini coopers are notoriously fun for their incredible handling. If they were more reliable, I would buy another one immediately. The first new mini (In the U.S. *2002 ) got an average of 29.4 MPG. It's an everyday comfortable and fun car to drive; not overly luxurious, not too basic, nor too sporty but just perfect.

35$ fills up the gas tank, people always stare at this car and it drives amazing, it's like a hybrid but with power, anytime i pass another driver in my Mini they wave most of the time, i love this car. 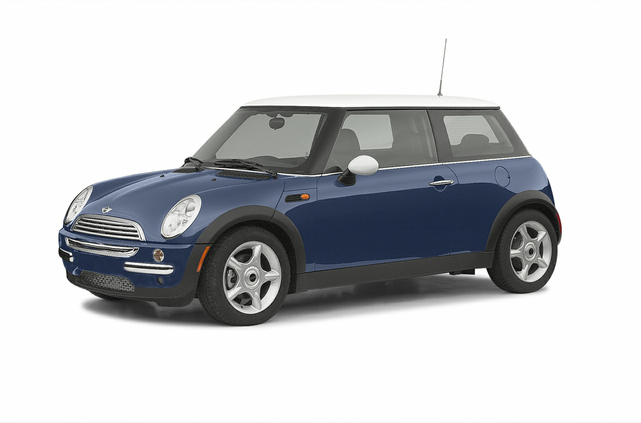 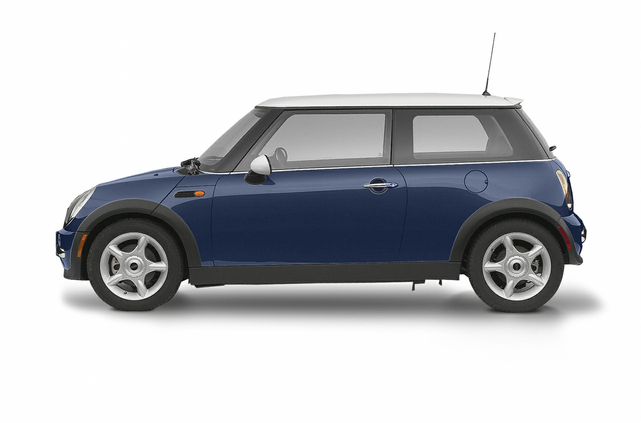 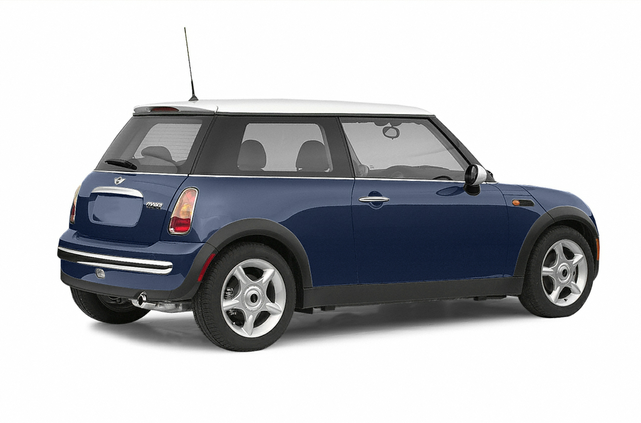 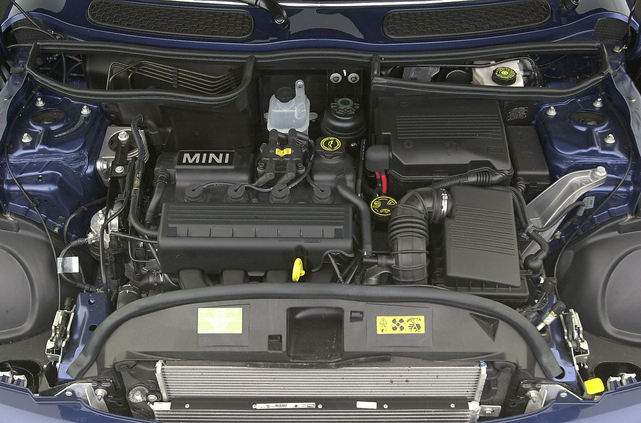 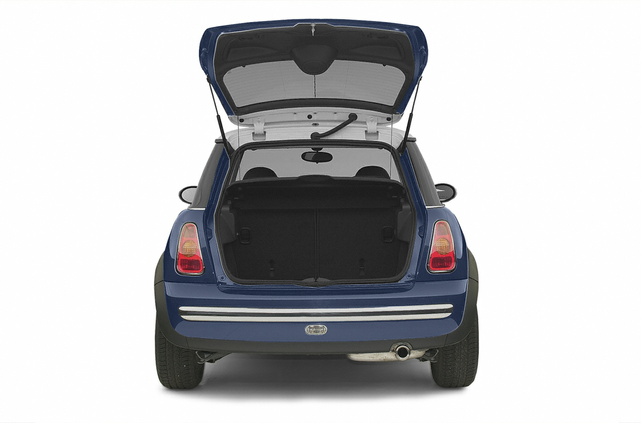 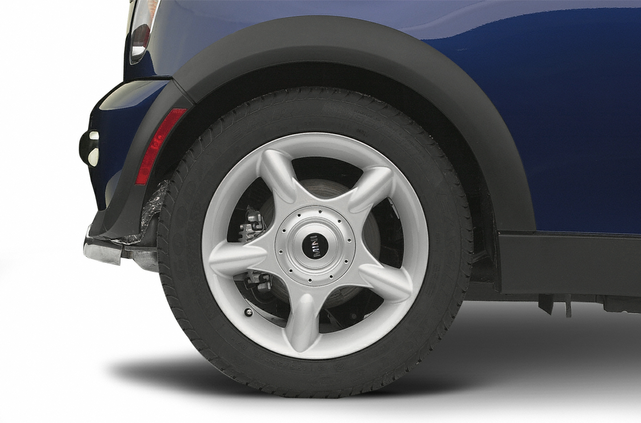 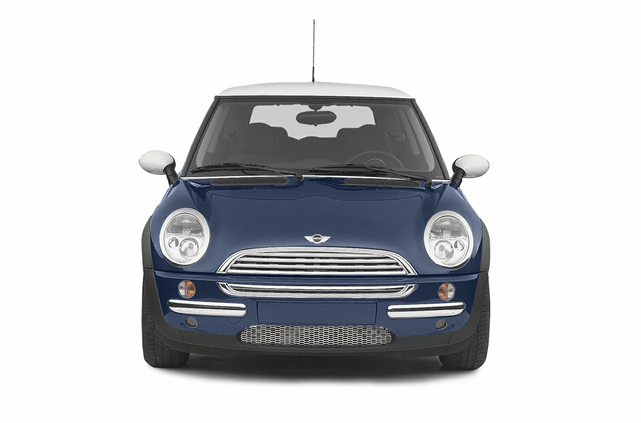 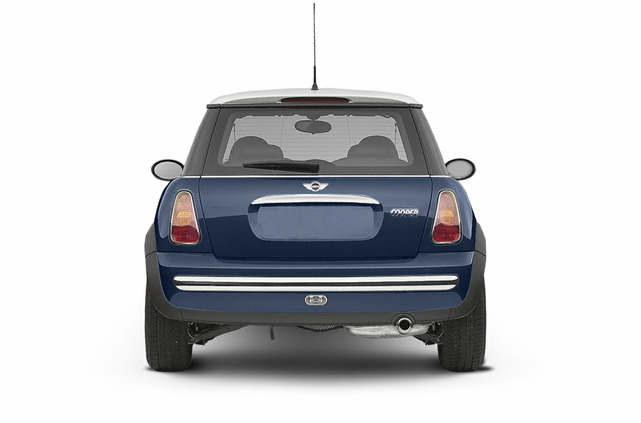 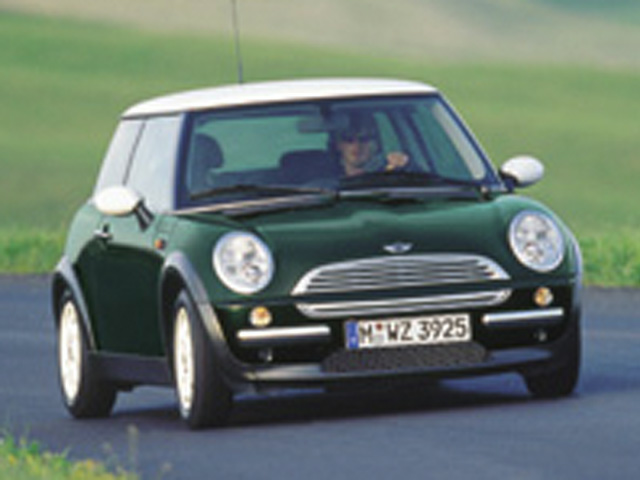 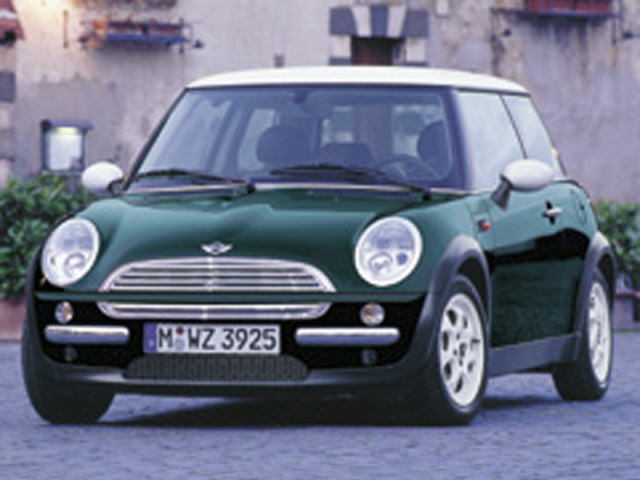 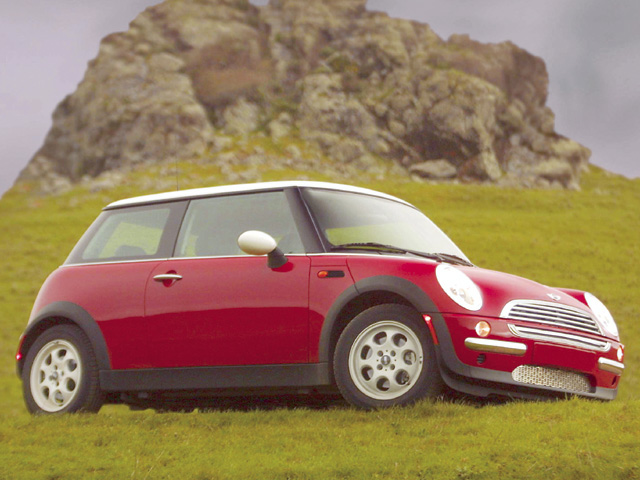 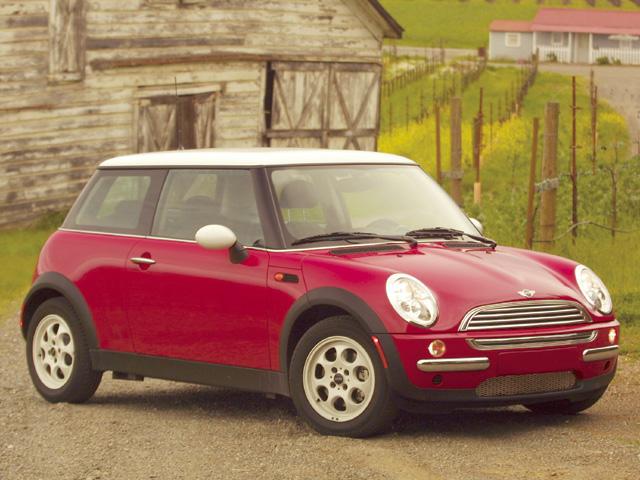 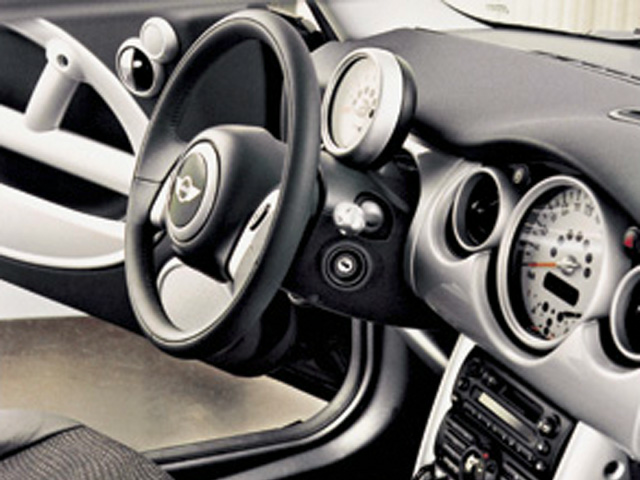 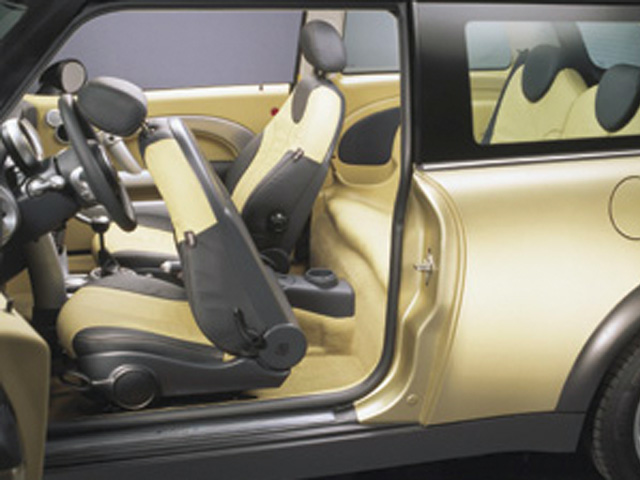 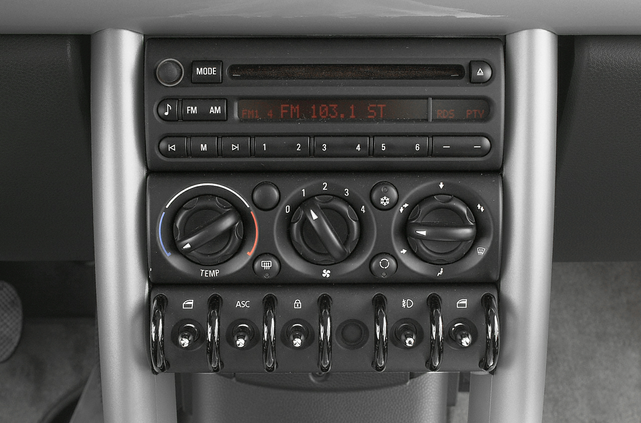 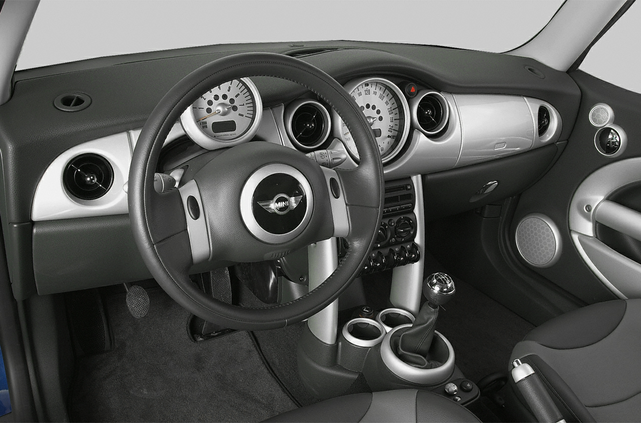 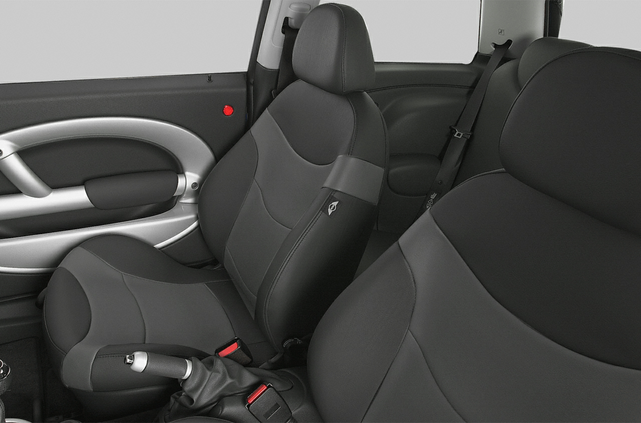 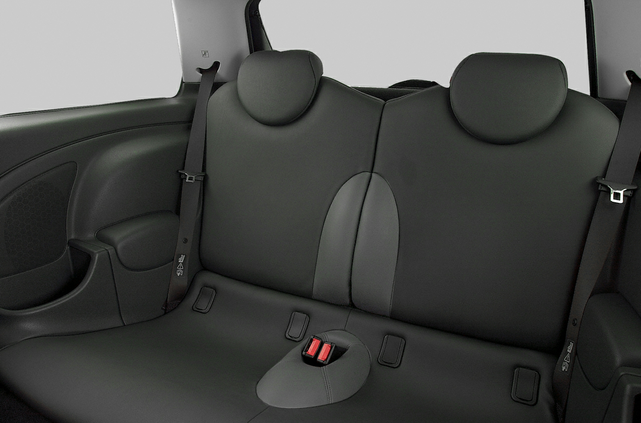