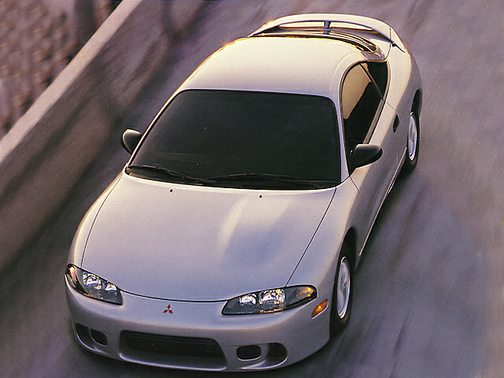 Our 1998 Mitsubishi Eclipse trim comparison will help you decide.

The last few years have been tough ones for sports coupes. Sales have dwindled as buyers moved from sports cars to sport-utility vehicles.

Despite recent overhauls that have increased performance and improved styling, the mighty Chevrolet Camaro, Pontiac Firebird and Ford Mustang are faltering. And the list of dead Japanese sports coupes is long. The Toyota MR2, Mazda RX-7, Subaru SV-X and several others have been given the checkered flag.

But the aggressively styled Mitsubishi Eclipse has been the one sports coupe that has bucked the trend. Last year, the Eclipse shot past the Pontiac Firebird and was the industry’s third best-selling coupe behind the Mustang and Camaro.

The Eclipse has proven so popular that Mitsubishi recently hacked the roof off and made a convertible version, the Spyder.

I tested a turbocharged Eclipse Spyder GS-T, covering 339 miles in a week. Although it is a bit pricey, the car is a blast to drive and seems to be put together well.

Our bright red GS-T delivered delightful performance. The 2.0-liter engine runs as quietly and smoothly as a sewing machine. Acceleration is strong and powerful – once the turbocharger winds up.

The turbocharger is basically a pump that crams a more dense mixture of fuel and air into the engine. It’s run by exhaust gasses, so it takes a second or two for it to kick in once you step on the gas pedal. Once the throttle is open, the 2.0-liter motor seems to never run out of breath. It just winds up and keeps going until you are well past the national speed limit.

Of course, all that speed would be for naught if the Spyder’s suspension system were unable to manage it. Not to worry. You can charge into corners with a full head of steam. In fact, the four-wheel independent suspension system makes the GS-T as much fun to drive as a two-seat sports car.

The four-wheel anti-lock disc brakes are strong. They stop the 3,100 pound car very quickly. But the ABS system adds $716 to the price. It should be standard equipment on such an expensive car.

As with many open-top cars that were once hardtops, the body flexes quite a bit when you drive over large bumps. You actually can see the lower portion of the windshield and dash shudder slightly when you drive down a bumpy dirt road. But there’s nothing dangerous about this.

Power-assisted steering makes for easy turns. However, the Spyder’s big 16-inch wheels don’t allow for sharp turns. It takes 38 feet to turn a circle – that’s a lot for a small car.

Because the car is assembled well, you’ll hear no squeaks or rattles, even though the body flexes over bumps.

But that doesn’t mean the Eclipse Spyder is free of design flaws, or, as engineers might say, “compromises.”

It’s not easy to get in and out of the back seat.

There isn’t much trunk room.

If you open the door after a rain, water will pour from the roof into the front seats.

With the shifter in third or fifth gear, it’s hard to change radio stations.

Nevertheless, the Eclipse is very comfortable to drive.

The tan leather bucket seats offer good support. The built-in seat belt holder on the top part of the seat is a nice touch that keeps driver and passenger from reaching for the belt at awkward angles.

The dash is a monument to simplicity and user-friendliness. The rotary knobs for the air conditioner, for example, can be adjusted quickly and without taking your eyes off the road for more than a second or two. Cruise-control buttons are on the steeri g wheel.

The Eclipse Spyder’s power top can be lowered in seconds witho ut doing much more than reaching up, unfastening two latches then pressing a button. The rear window, by the way, is glass, and it comes with a built-in electric defroster – another nice touch.

In the scheme of things, the Eclipse is a great car for people who want a convertible bigger than a Mazda Miata but who want the performance of a Firebird or Camaro.

Truett’s tip: The Eclipse Spyder GS-T is a well-equipped, quick and agile convertible that is fun to drive. But it is smaller and has a higher price than the Ford Mustang, Chevrolet Camaro and Pontiac Firebird convertibles.

This car has been mine for over 15 years. It was purchased at 31,000 miles and now has 157,000. Many parts needed to be replaced over the years, but is still zooms around. It has also survived two boys and now in the hands of the last girl. I bought another one, a 2008, as a result.

August 27, 2017
By BeOtch from Douglasville Ga
Used to own this car

Sporty and handled like a dream. Hugged the road. Drove it off the lot with 7 miles on it. My test drive miles.

This car is reliable, stylish, and fun to drive. The 2nd generation eclipse had the best exterior styling with the turbo bump on the hood. Reliable and a great investment if well cared for. 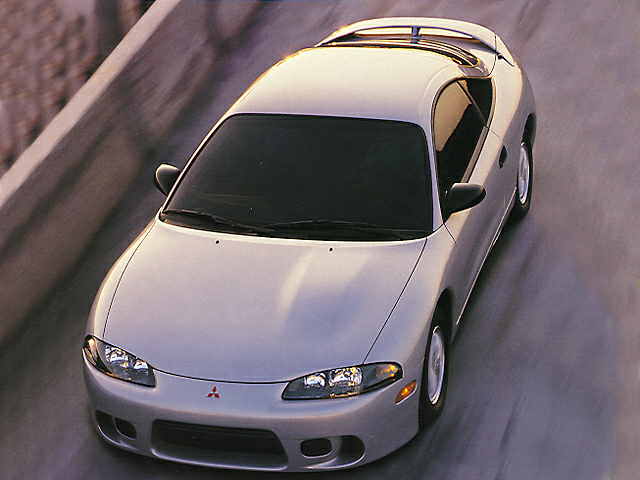 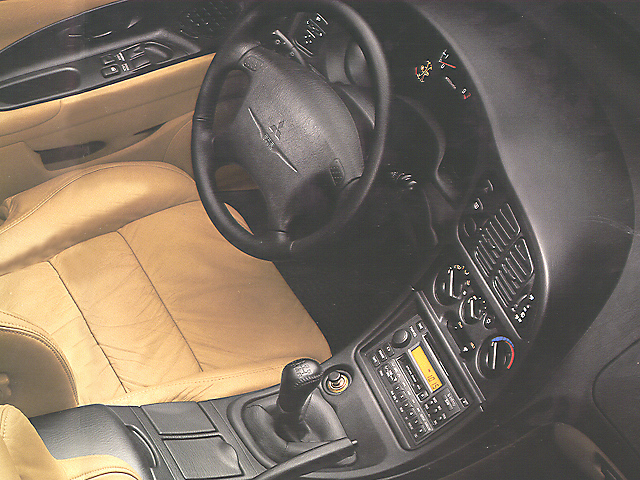