Our 2007 Mitsubishi Eclipse trim comparison will help you decide.

The recent 100-degree-plus weather over much of the country has made it too hot for convertibles at times.

But even with the top up, the all-new, 2007 Mitsubishi Eclipse Spyder ragtop is fun to drive. And when it’s cool enough or the sun isn’t so high in the sky, the Spyder is even more fun with the top down.

That’s especially true for the uplevel GT version that we tested (base price $28,269 plus $625 freight), which comes with a 260-horsepower, 3.8-liter V-6 engine and six-speed manual transmission. That’s 98 horsepower more than you get with the four-cylinder engine of the base GS version ($25,389 plus freight), which comes with a five-speed manual.

Mitsubishi says the V-6 engine and six-speed gearbox combination can GT can go from zero to 60 mph in under seven seconds.

A five-speed, Sportronic automatic transmission with manual-shift feature is a $900 option on the GT model, and might be the best choice for those who have to do a lot of city driving. A four-speed Sportronic automatic is offered for the same price with the four-cylinder engine.

Our tester came with the manual gearbox, the choice of most driving enthusiasts for a sporty car such as this. The GT was a blast to drive on some twisty Hill Country roads, and the short throw of the six-speed’s shifter allowed for quick gear changes as we put the car through its paces.

That V-6 engine is quite responsive, giving the car impressive acceleration even on uphill freeway ramps. Engineered to drive like a sports car, the Spyder has four-wheel independent suspension, which gives the car “both sporty road manners and a compliant, comfortable ride,” the company said.

The Spyder is the second new entry in the Eclipse lineup in less than a year. The completely redesigned coupe was introduced last summer as a 2006 model, and the Spyder convertible version arrived in March as an early 2007 model.

Going from top up to top down takes just 19 seconds, and the power-operated cloth top folds completely away under a tonneau cover just to the rear of the back seat to give the car an elegant look when in convertible mode. The top even includes a glass rear window with defroster.

A multi-level headliner helps keep out road noise when the top is up, and we found the Eclipse quieter than some popular roadsters such as the redesigned, 2006 Mazda MX-5 Miata and the all-new, 2007 Pontiac Solstice and Saturn Sky. Mitsubishi said the top also is designed to resist “ballooning” at highway speeds.

The Eclipse is more practical than those cars, too, because it comes with a back seat and can hold four people. The Miata and Solstice have room just for two. The Eclipse GS model’s engine is comparable to those of the Miata and the base Solstice/Sky. While the Eclipse technically isn’t in the same class because it has the back seat, in base form it will compete against those three roadsters.

Although the rear seat is a bit tight for adults, it works well for children, and child-seat anchor points are included. At least with the Spyder, the kids don’t have to be left behind as they do with the Miata and Solstice/Sky.

The trunk is a bit cramped, with just 5.3 cubic feet of space. On a long trip, if you don’t need the back seat for the kids, it would hold the rest of your luggage.

This car’s styling might be its strongest point. It’s as good-looking as the BMW Z4 (if not more so), which starts at $35,000. It brought a strong round of applause when it was introduced at the Detroit auto show in January.

“Designed to appeal to convertible and sports car enthusiasts of all ages, the 2007 Eclipse Spyder echoes the concept-car design of its coupe sibling with sleek, taut, muscular lines and engaging details such as bright finish LED tail lamps and monocle-lens head lamps,” Mitsubishi said of the car in a product news release accompanying the Detroit unveiling.

The Spyder yet another of the six new vehicles Mitsubishi has promised its dealers over a three-year period, beginning with last summer’s launch of the Eclipse coupe and the fall arrival of the Raider midsize pickup, which is a version of the Dodge Dakota. On the way, beginning this fall, are a redesigned compact Outlander SUV with a first-ever third row of seating; a new compact Lancer sedan; and a new version of the street-legal race car, the Lancer Evolution.

The GT model is designed to compete against more-expensive vehicles such as the Nissan 350Z roadster and even the Z4.

Both of the new Eclipse engines have electronic variable valve timing “to help optimize engine efficiency and power across a broad engine speed range,” the automaker said. And the exhaust systems for both models have been tuned to produce a sexy growl. The coupe’s V-6 engine is rated at 263 horsepower, slightly higher than the 260 of the convertible because of a different exhaust system, Mitsubishi says.

Despite its sportiness, the GS is EPA rated at up to 29 miles per gallon on the highway with either manual or automatic transmission, allowing for economy of operation.

Careful attention was paid to the interior, and it includes such features as “motorcycle-inspired gauges and ice-blue” illumination, the company said. Three interior color schemes are offered: charcoal, medium gray and terra cotta.

Additional features of the GT model, besides the V-6 engine and upgraded transmissions, include electronic traction control and a standard outside temperature/compass display. The GT model has larger, ventilated disc brakes compared with the GS model’s solid rear brake discs.

As this car is aimed at young people who appreciate good audio systems, a 650-watt Rockford Fosgate system is standard on both models. It comes with a six-disc, in-dash CD changer that can play MP3 CDs. An eight-inch subwoofer is included, and is built into the back seat.

Separate options packages adds leather to the GS or GT.

With the GS leather package ($980) comes leather seating surfaces, heated front seats and heated exterior mirrors, along with the temperature/compass display that is standard on the GT.

A $179 accessory package for either model includes an alloy fuel door, wheel locks and two sport floor mats. And a five-piece aero kit is offered for $1,820.

The fuel tank holds 17.7 gallons of gasoline, and unleaded regular is acceptable.

At a Glance: 2007 Mitsubishi Eclipse Spyder

Great value! Don’t hesitate to buy it if you can find a clean, well maintained, accident free example. They are relatively fast, not so expensive to maintain and not difficult to work on.

Amazing to drive around!

Great car, has an added aux cord. Everything works like it needs to, great for cruising. Feels amazing, in good conditions. No accidents, everything is good.

Excellent car for first time drivers, or even a everyday usage or long travel. It's like a mini sporty fast sports car with two-toned orange like the sunshine

Rating breakdown (out of 5):
7 people out of 7 found this review helpful. Did you?
Show full review
See all 68 consumer reviews 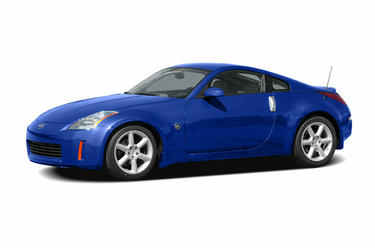 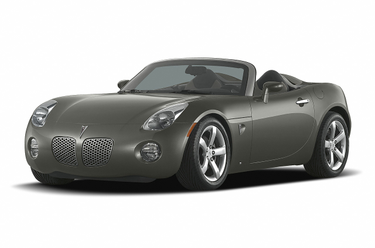 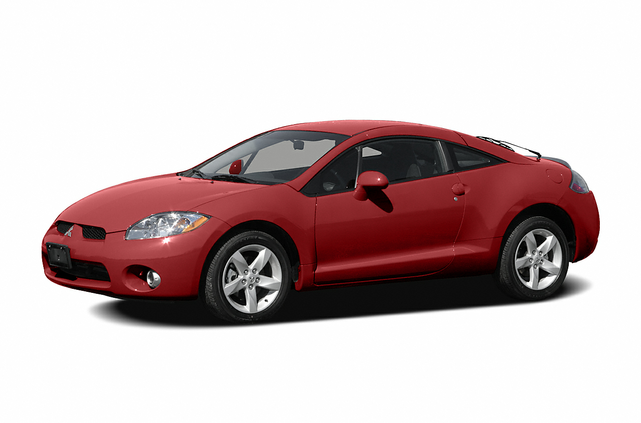 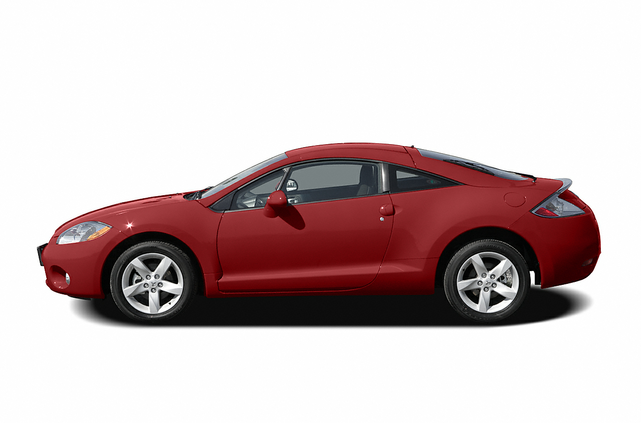 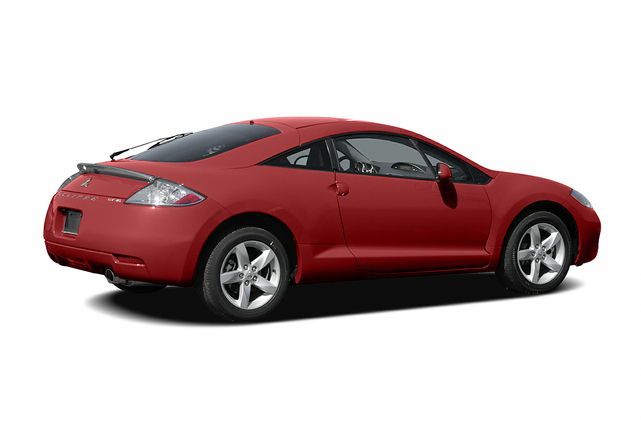 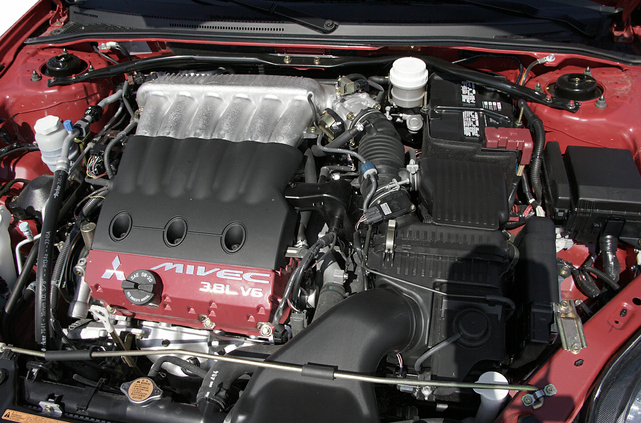 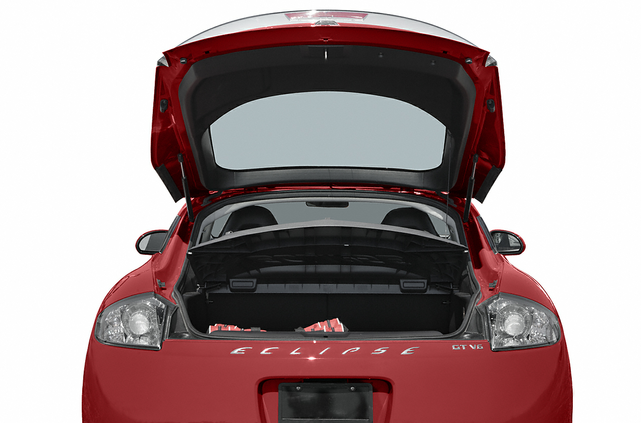 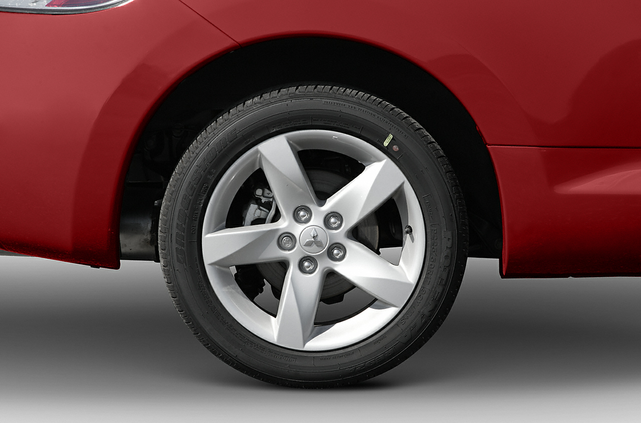 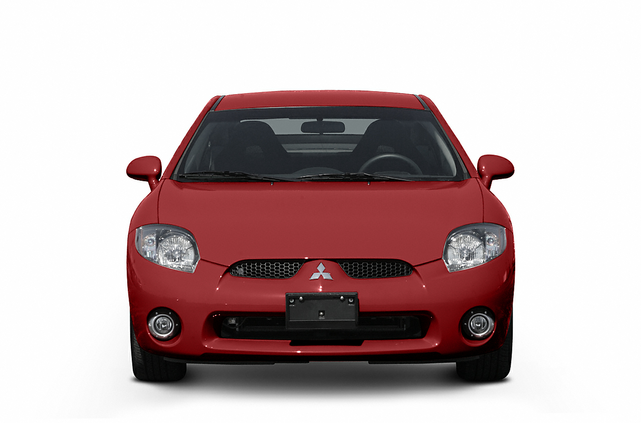 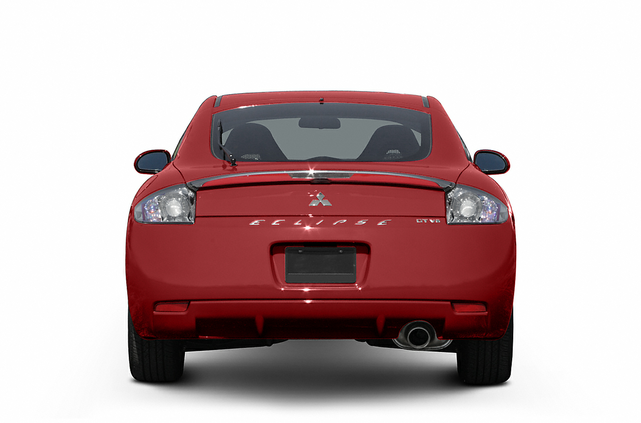 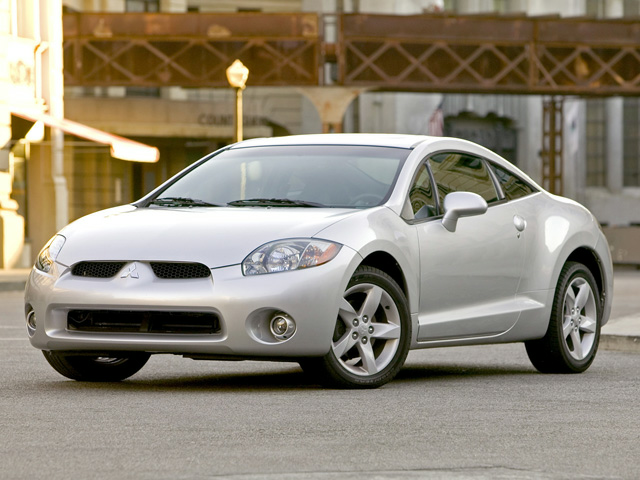 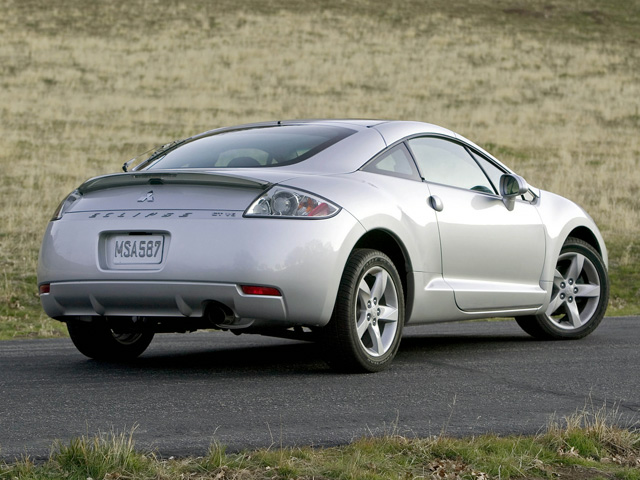 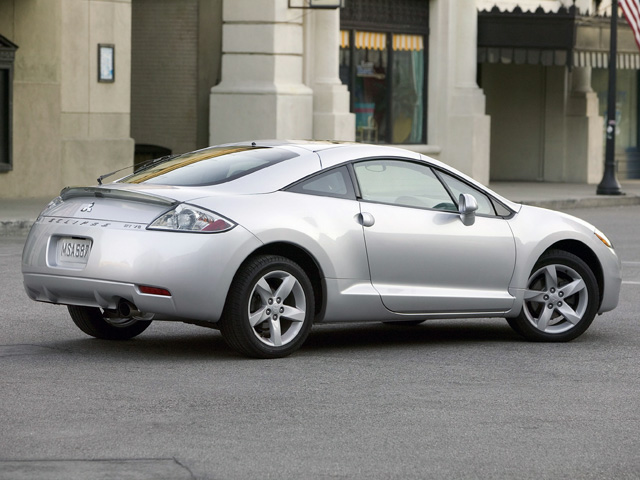 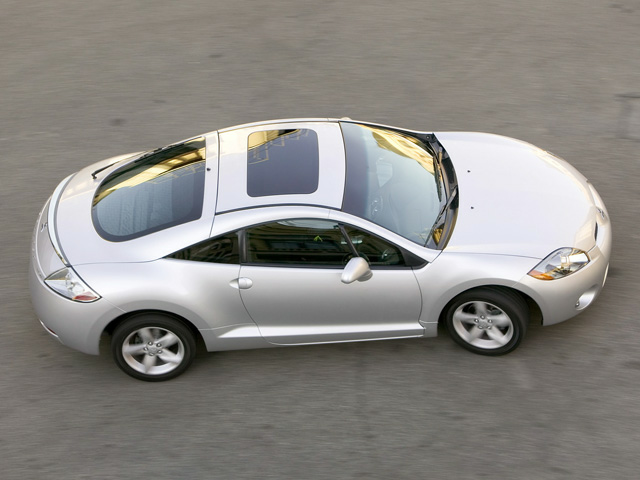 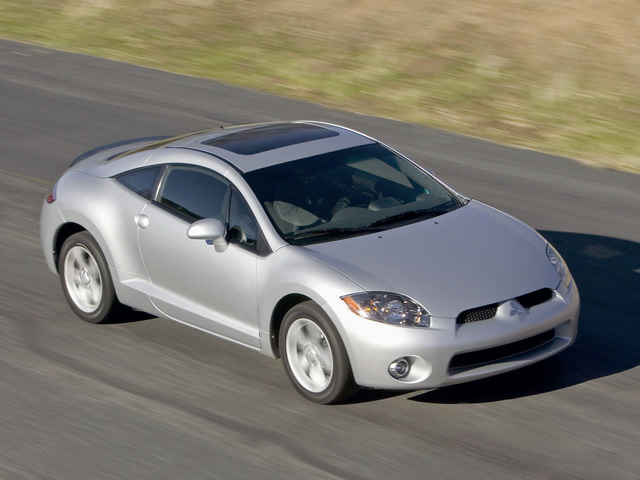 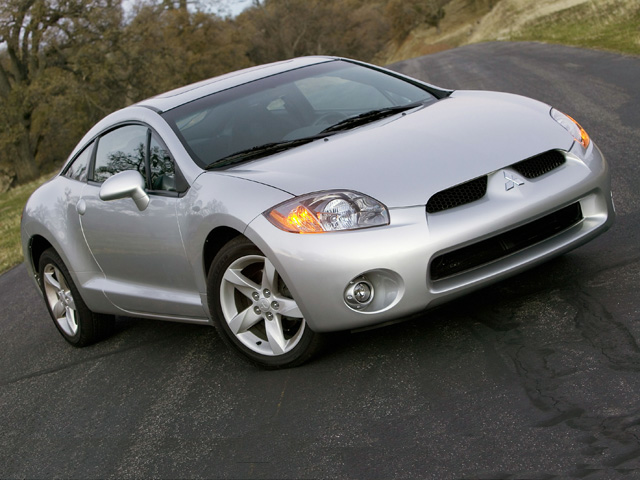 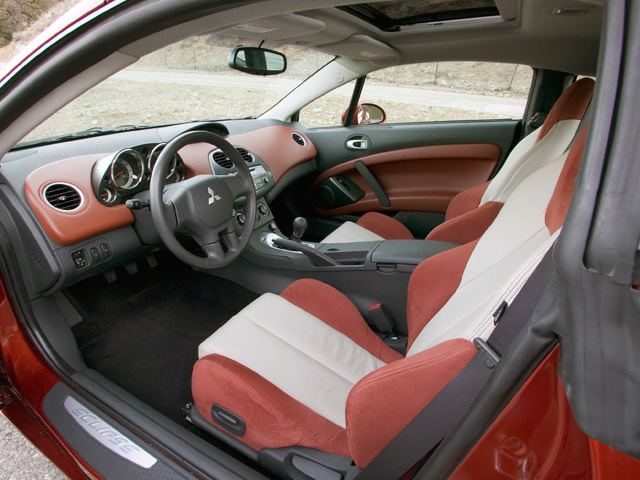 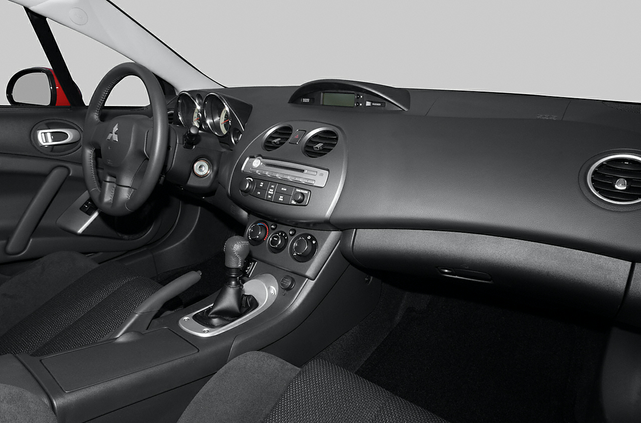 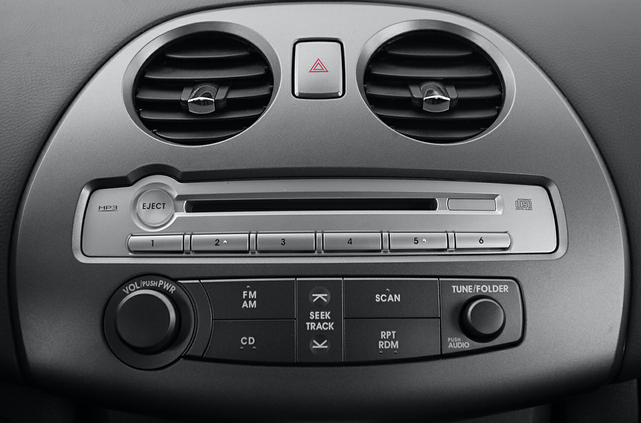 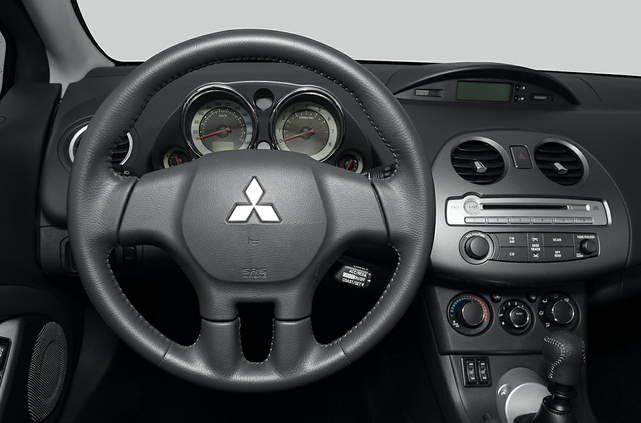 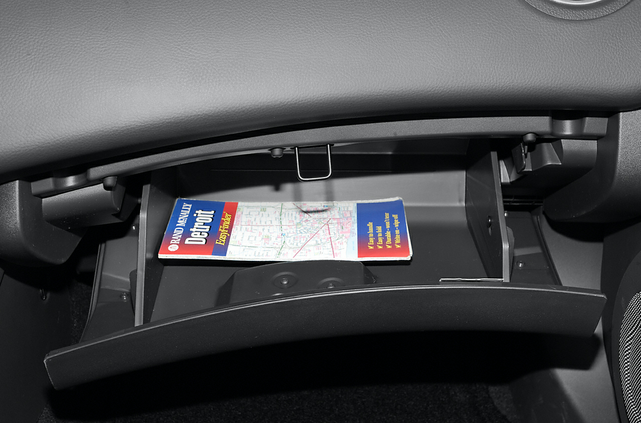 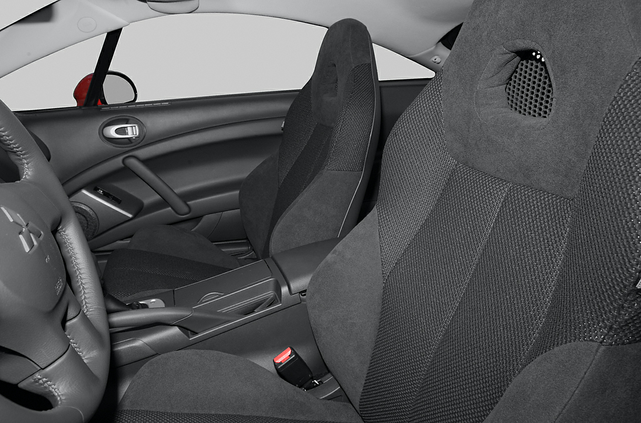 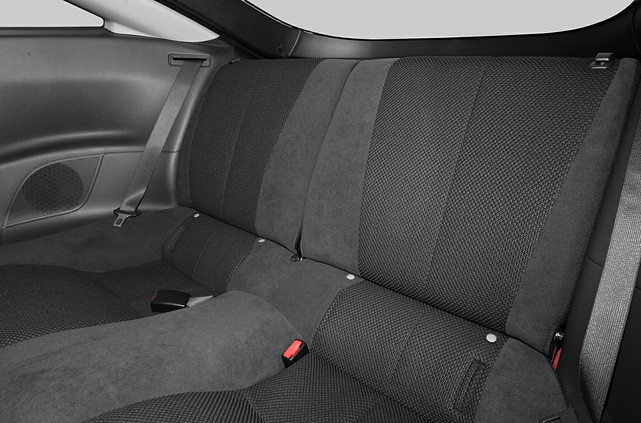 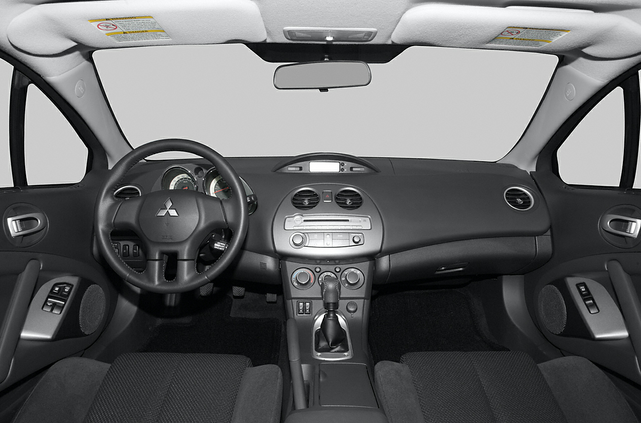 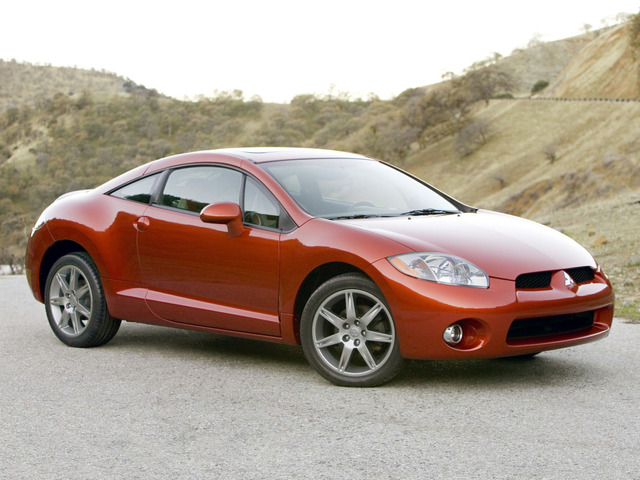