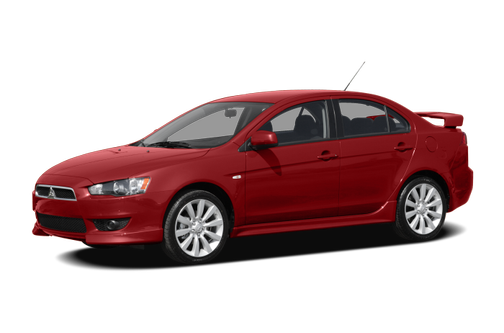 Our 2009 Mitsubishi Lancer trim comparison will help you decide.

I sometimes pore over feature lists and specifications trying to figure out what makes a particular trim level worth more or less than another — or even why it exists at all. Occasionally there is no good reason. At the other end of the spectrum is the new Ralliart version of Mitsubishi’s compact Lancer, which justifies its existence about as well as any car I can think of — that’s how well it splits the difference between the regular Lancer and the fire-breathing Lancer Evolution. As one of the most entertaining and satisfying cars I’ve tested in quite some time, it should make any shopper think twice before committing to a Subaru Impreza WRX.

Humble Beginnings
The WRX is the Ralliart’s closest competitor. To lay the foundation: In 2001, Subaru finally graced North America with a mellowed but still potent version of its legendary WRX. Mitsubishi had just replaced the Mirage with the Lancer, a modest Impreza competitor, but it didn’t rise to the WRX challenge. Then, in 2003, Mitsubishi raised the bar, bringing over another rally legend that North America had been denied: the Lancer Evolution. That car was relatively unbridled compared with the WRX, with 271 horsepower.

To use a “Brady Bunch” analogy, the Evolution was Mitsubishi’s Greg. The Lancer was Bobby, but there was no Peter. Subaru had its Cindy and Jan, but Marsha was nowhere to be seen. Then, in 2004, Subaru came out with a Marsha — the WRX STi — that was good enough to be the Evolution’s arch-nemesis. Mitsubishi countered with a Lancer Ralliart that was at best a pre-pubescent Peter Brady. Fitted with a larger but not turbocharged engine and a few other tweaks, the Ralliart was no match for the Impreza WRX. (They say females mature faster.) After a few years of getting his butt kicked by Jan, Peter disappeared and was replaced in 2008 by the Lancer GTS, which had a formula similar to the early Ralliart and still wasn’t a WRX competitor. (Let’s just call it cousin Oliver and then ignore it.)

Apparently it was time to change. Mitsubishi went back to the drawing board (just like Peter went into the recording studio) and for 2009 we got the new Lancer Ralliart, complete with a deeper voice, greater strength and a more aggressive look.

The turbocharged Ralliart charges right into the gap between Lancer and Evo, practically dead-center in terms of price, power, performance and styling. It’s sure to steal some Evolution sales, but that’s not a bad thing because it’s more of a mass-market product. (Especially nowadays; there are still enough 2008 Evolutions kicking around that Mitsubishi isn’t building any 2009s.)

Tuned-Up Body, Detuned Engine
Mitsubishi characterizes the Ralliart more as a tuned-up Lancer than a detuned Evolution. It’s sensible, because the Evolution has a wider track and different suspension components than the Ralliart. That said, the drivetrain is very much a detuned version of the Evo’s. It’s basically the same 2.0-liter four-cylinder with a smaller, single-scroll turbocharger, a smaller intercooler and narrower plumbing connecting it all. The standard all-wheel drive, which isn’t offered on lesser Lancers, is likewise nearly identical to the Evo’s.

The Ralliart is the new price of entry for Mitsubishi’s impressive dual-clutch automated-manual transmission that made its first appearance in the Evolution MR. Comparable to Volkswagen’s Direct Shift Gearbox, the Twin-Clutch Sportronic Shift Transmission uses a separate clutch for even and odd gears, enabling lightning-fast shifts. It operates completely automatically but can also be shifted manually using the gear selector or large magnesium shift paddles. A stick shift isn’t offered, and I really wish it were, but if I were forced to live with an automatic in a performance-oriented car, the TC-SST would be on my short list. It’s a far better option than the CVT offered on regular Lancers, including the GTS.

Apart from its higher overall power, what I like most about the Ralliart’s engine is its torque delivery, starting with a healthy amount of grunt at low rpm. The peak 253 pounds-feet of torque comes at 3,000 rpm, but my experience reflects Mitsubishi’s power curves, which show a solid 250 pounds-feet from 2,500 to 4,700 rpm. Even though the power is modest up to 2,500 rpm, the transmission’s lower-gear ratios keep the Ralliart from being too sluggish from a standing start. It might even be better than the Evolution GSR and its five-speed manual; at least it feels that way. Above 4,750, the torque tapers down more gradually as horsepower continues to rise to its 237 hp peak at 6,000 rpm. The redline is at 6,500 rpm.

Automated Manual Transmission
Compared with VW’s DSG, I’d say Mitsubishi’s transmission is better at reading the driver’s mind, reacting quickly and finding the right gear most of the time, especially when in the automatic Sport mode. Sport raises upshift points by about 1,000 rpm compared with the regular Drive mode and makes it more reactive to quick changes in accelerator pedal position. Though DSG isn’t as good a mind-reader, it’s a less-conspicuous transmission, even in the sporty VW GTI; it goes about its business discreetly — enough so that an uninitiated driver might not notice a difference versus a conventional automatic. The Ralliart’s SST, on the other hand, feels different. Taking off from a stop is a little more abrupt, and you’re more aware of shifts. You feel it downshift its way through the gears as you coast or brake to a full stop — especially in Sport mode — and you can feel the clutch let go right before you come to a halt. I doubt Ralliart buyers would mind this transmission’s character; they might even prefer it.

Unlike the Evolution, the Ralliart doesn’t include a super-aggressive Super Sport mode intended for track use. If you prefer to shift for yourself, you can use the lever or paddles, the latter of which are mounted on the steering column so you always know where they are, regardless of steering-wheel position. To improve fuel economy, the Ralliart’s 5th and 6th gears are higher than those in the Evolution. The Ralliart is rated at 17/25 mpg city/highway.

Sportier, But Livable, Suspension
The chassis is a similar story: different tunings for the entire lineup. The GTS has a firmer suspension than the base Lancer, and the Ralliart goes firmer still with a larger front stabilizer bar. The Ralliart’s ride quality is more than livable, even compared with the Evolution, which itself has been tamed for better day-to-day comfort. It wasn’t pleasant on all of Chicago’s cratered winter roads, but the Ralliart is definitely viable for snow — providing you pass on the standard summer performance tires in favor of optional all-seasons. Or get the summer tires and buy another set of dedicated winter tires, which our test car had. It was unstoppable on packed snow and ice, though deep snow may challenge the car’s ground clearance.

The all-wheel drive uses a computer-controlled center differential. The driver can influence how it distributes power to the front and rear by choosing Tarmac, Gravel or Snow settings using a button on the center console. The driveline also uses mechanical front and rear limited-slip differentials from the ninth-generation Evolution to route power to the appropriate left and right wheel. With mechanical limited-slip hardware, there’s less chance of overheating and failure than there would be with just a brake-based traction control system. The Ralliart does include a standard electronic stability system, so all it really lacks is the current, 10th-generation Evo’s ability to sense yaw motions and direct rear torque accordingly.

The Ralliart even boasts a brake upgrade, from single-piston to dual-piston calipers up front and larger-diameter single-pistons in the rear. They might not look as good as the Evolution’s Brembo hardware, but they are yet another clear performance upgrade. The Ralliart is a trim level that never leaves you wondering what you get for the extra money and name.

Middle-Brother Looks
The differences aren’t exclusively cosmetic, but that aspect gets no less differentiation than the hardware does. The Ralliart has a larger mouth than the Lancer but a less radical style than the Evo, though it shares the Evo’s vented aluminum hood with functional air vents. The rear treatment, including the taillights and bumper, is also unique among the Lancer models. The dual exhaust also is borrowed, effectively unchanged, from the Evolution. Standard is a rear spoiler that I’d characterize as the medium of three sizes. It’s not as small as the smallest offered, but neither is it as large as the one on the Evolution MR. The opposite can be said of its trunk. The Lancer offers 12.3 cubic feet of cargo volume, while the Evolution has a paltry 6.5 cubic feet and loses the folding backseat to structural reinforcements. The Ralliart keeps the folding seats and grants 10.0 cubic feet.

Sport Seat ‘Upgrade’?
If there’s anything to avoid in the Ralliart, it’s the optional low-riding Recaro front seats from the Evolution, which were terrible in my test car. Seriously, everyone had a problem with them. The firm, high bottom-cushion bolsters make it hard to get in and out, and they’re just not comfortable. Perhaps more important, the standard driver’s seat has a height adjustment that the Recaros lack. Unless you happen to be the perfect size for the optional seats, the standards will do you better.

Ralliart in the Market
Mitsubishi has come a long way since the O-Z Rally edition that came out in 2002. It was priced the same as the top, LS trim level, so it wasn’t a slap in the face, but the name “Rally” evoked a level of performance that wouldn’t come until years later. Mitsubishi has also said it will sell a hatchback version of the car, called the Lancer Sportback Ralliart. That model evens out the Lancer lineup versus the Subaru Impreza with what I think is a better-looking car. Pretty much across the board, the Ralliart is a smart compromise between the regular Lancer and the Evolution — both in what it gives you and in what it lets you choose.

I don't know why they stopped making it

This vehicle was fun to drive, good on gas, and extremely reliable. If they continued to make this model I might have bought another instead of the vehicle I just bought.

I love my new car

December 16, 2019
By jscull from Hicksville
Owns this car

This is a great car getting to and from where I need to be. My friends enjoy hanging out in it when we go out

Stylish? With too many expensive bug fixes.

This car is fun to drive. But due to constant problems it sits in my driveway (looking good) most of the time. Integrated parts make this car expensive to fix. For example, the valve stem on a tire cracked. The stem was integrated into the tire pressure sensor so instead of a $30 US part it was a $100 US part and required a special dealer code to get the computer to recognize the new sensor. The dashboard display froze one Michigan winter making the display unreadable until one of the super hot summer days finally burned out the moisture three years later. The wheel speed sensors are integrated it's the wheel hub making them a $500 part plus three hours of labor to replace. I can understand from a manufacturer's perspective how integrated parts make the assembly cheaper. But from my consumer's perspecti e those parts need to be solid and reliable. 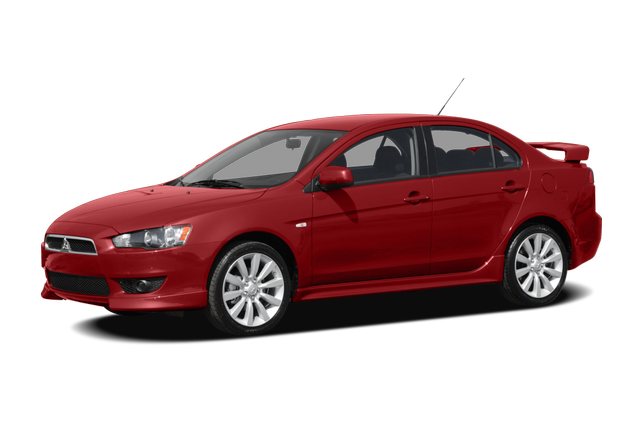 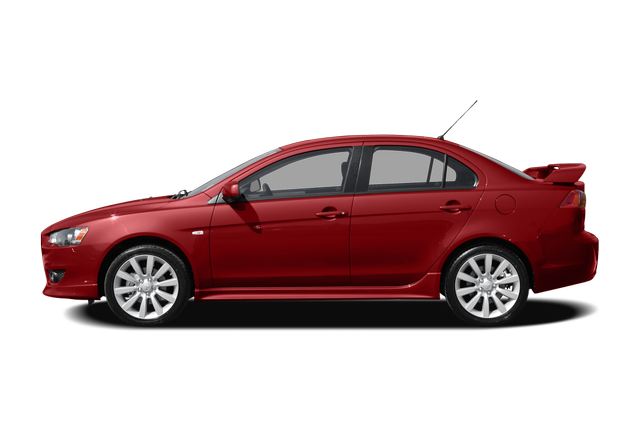 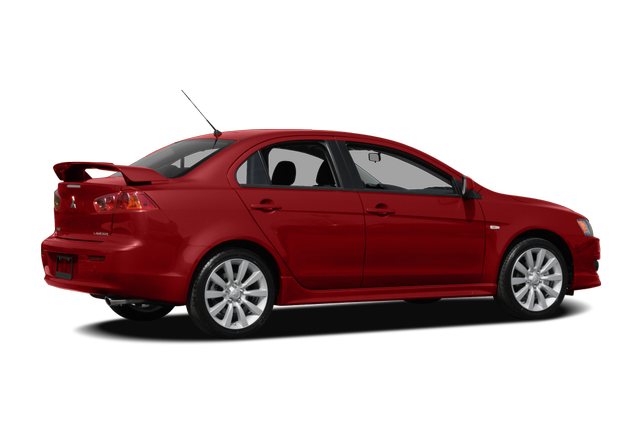 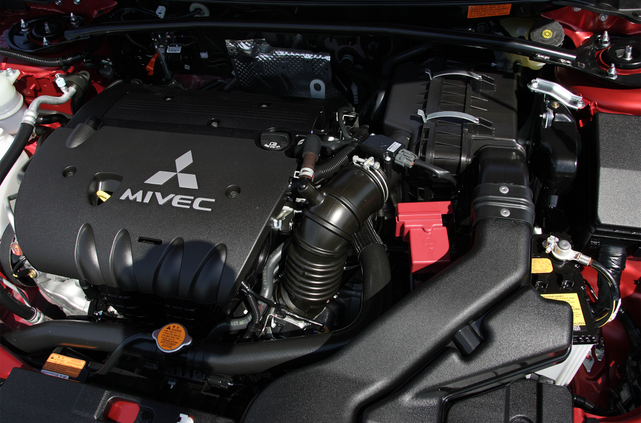 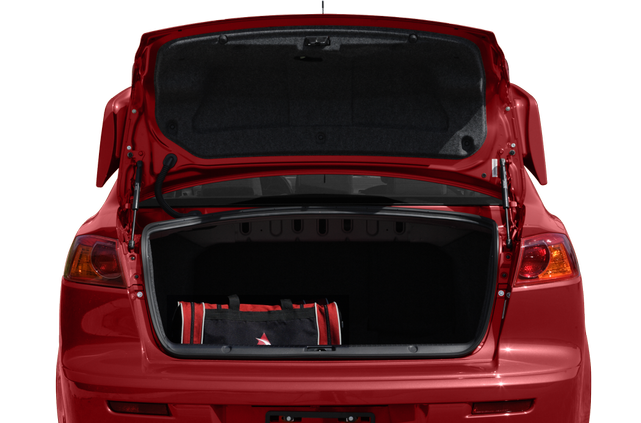 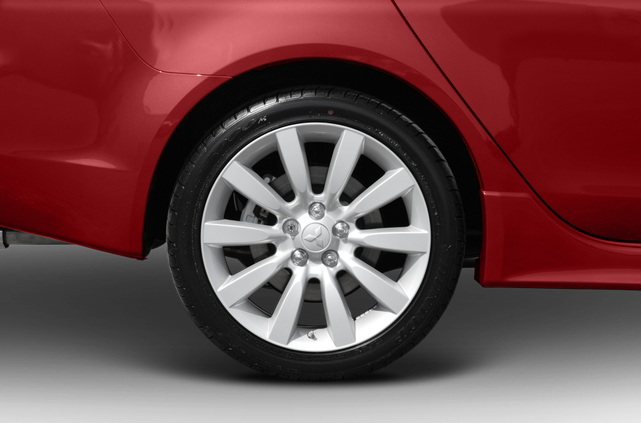 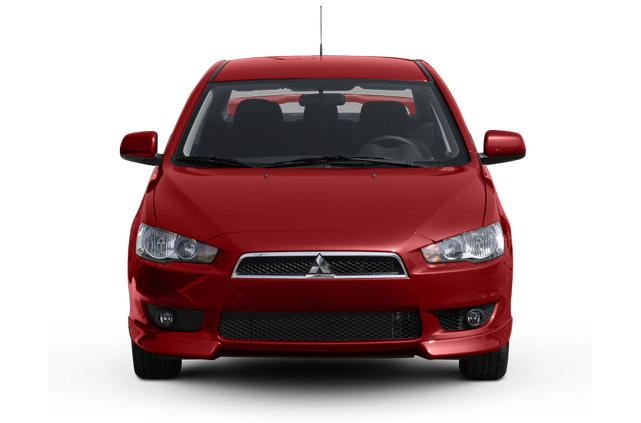 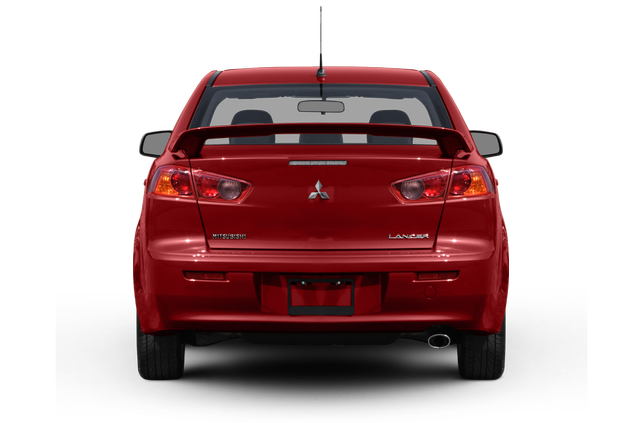 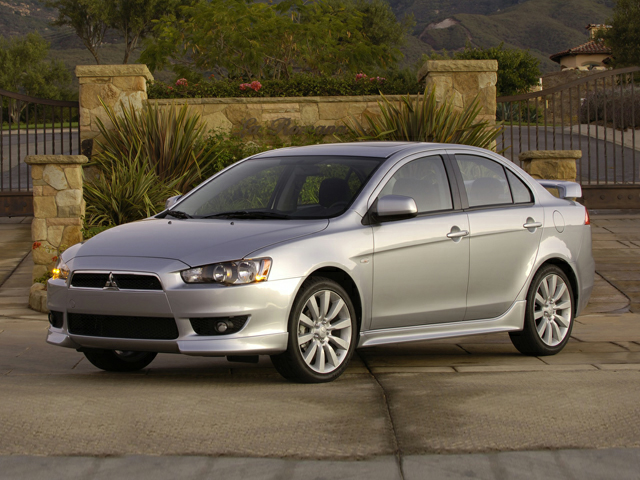 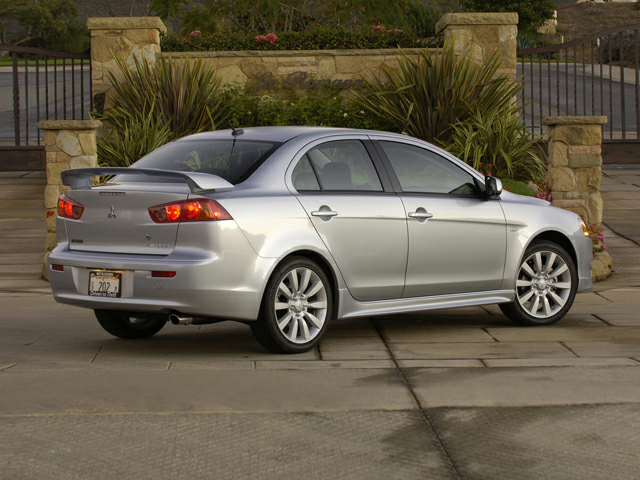 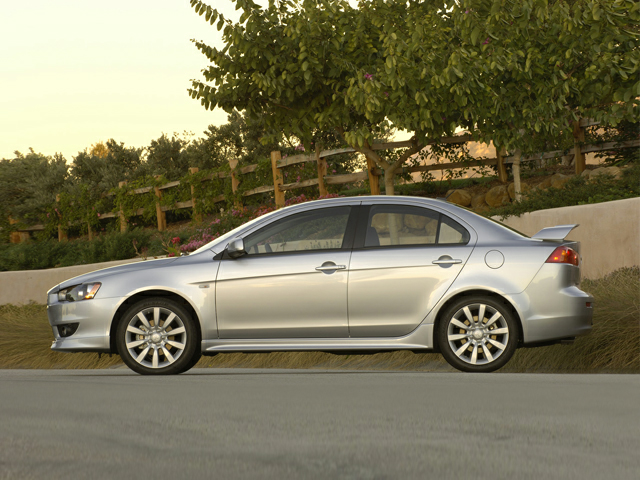 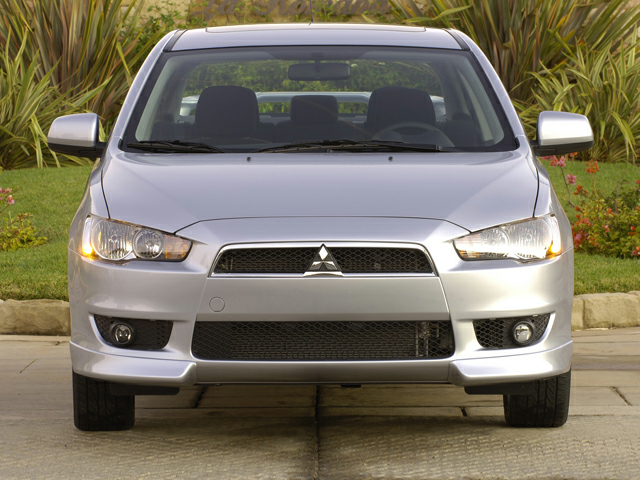 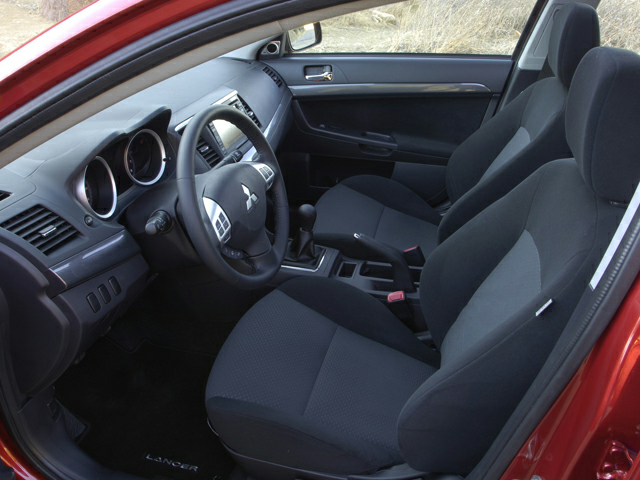 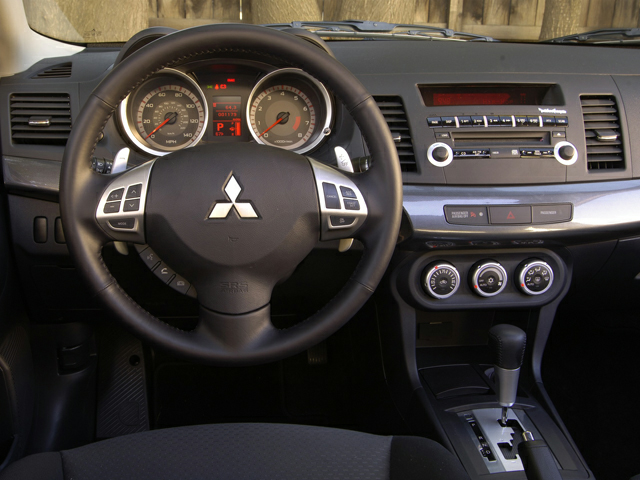 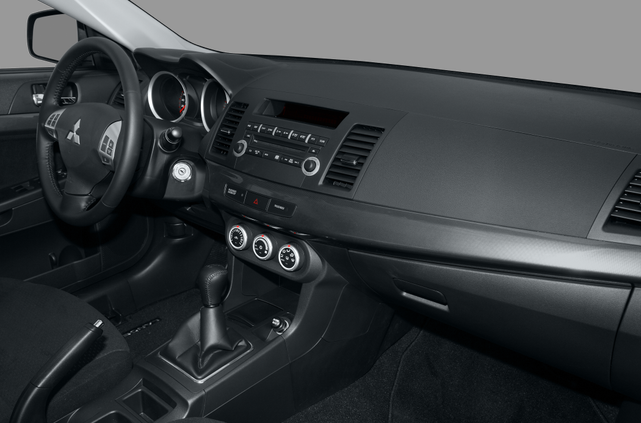 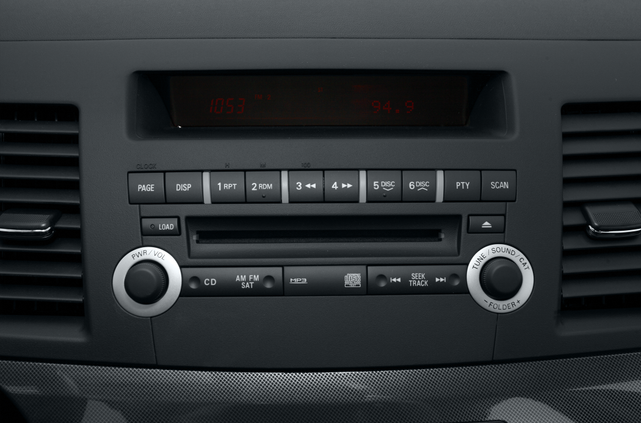 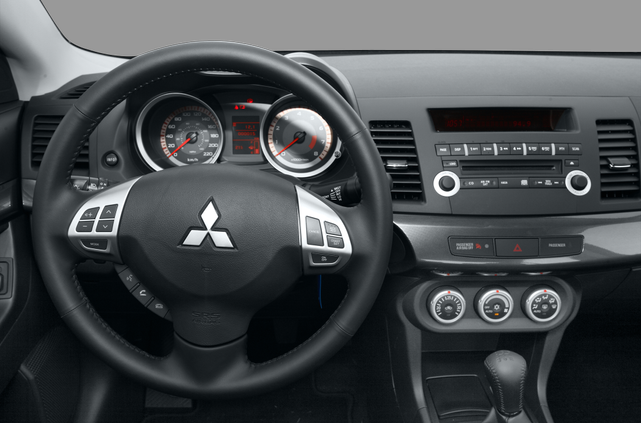 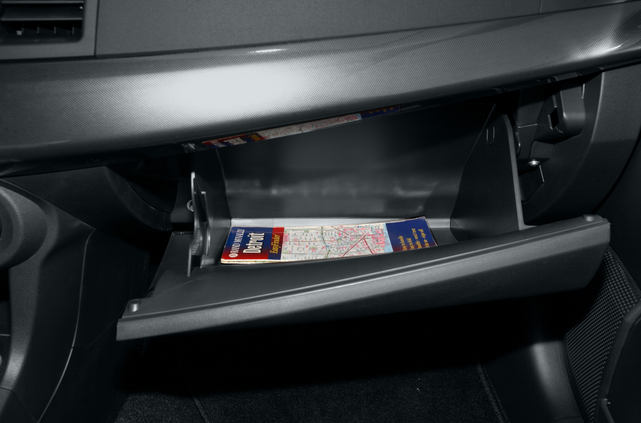 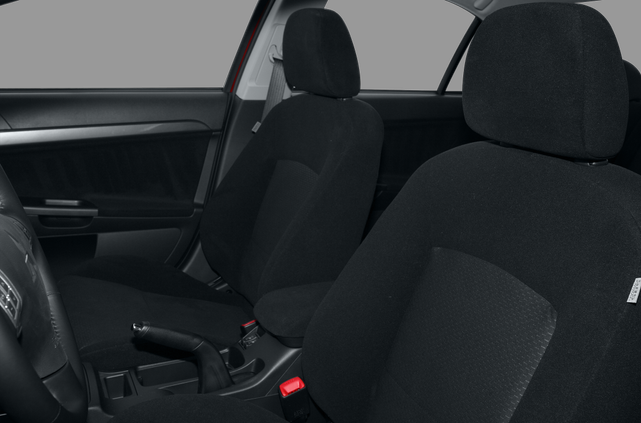 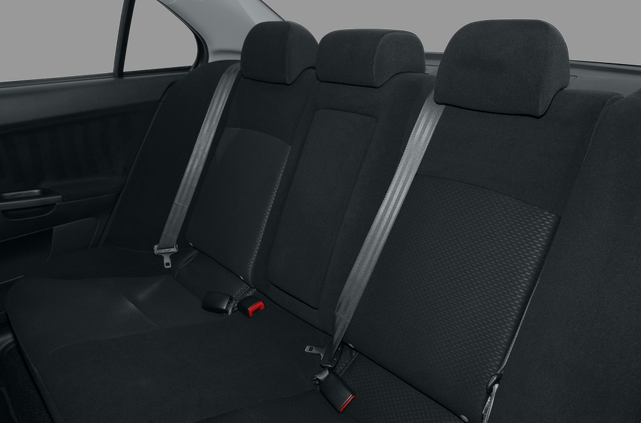 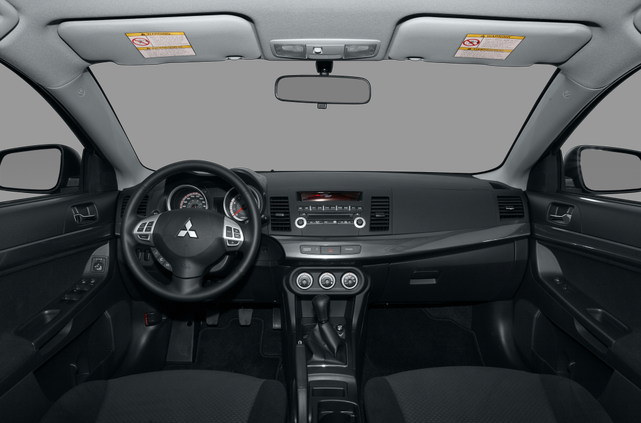 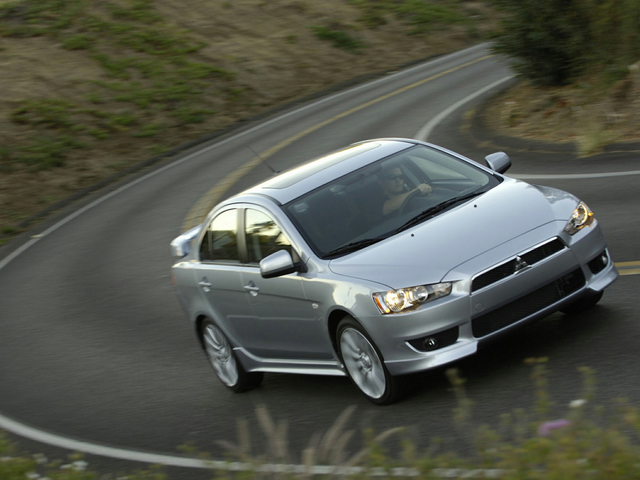 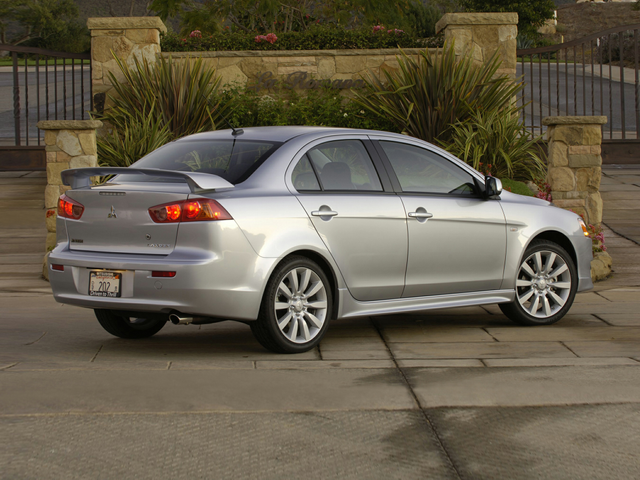 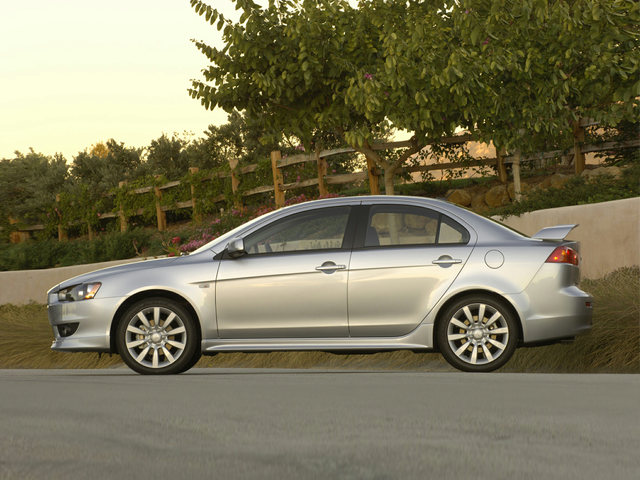 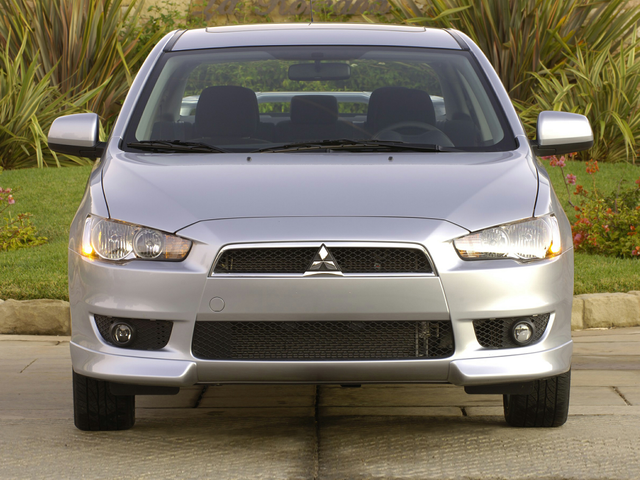 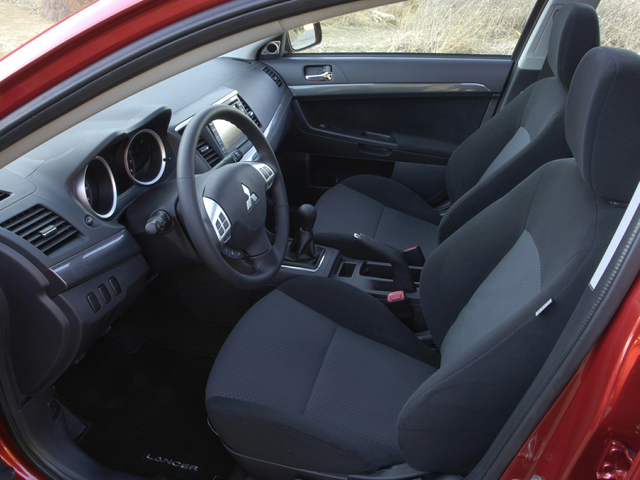 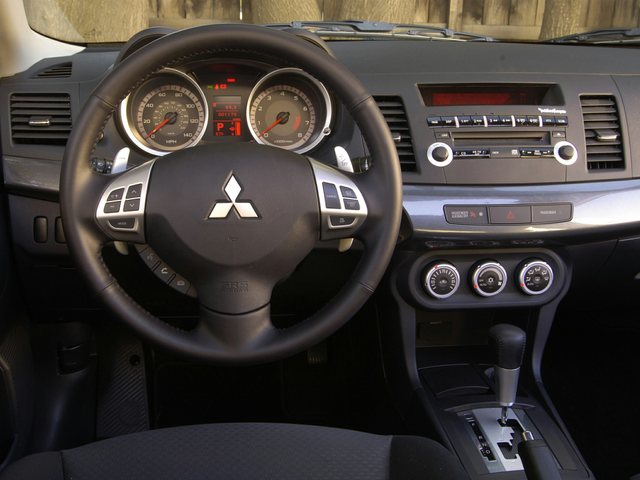