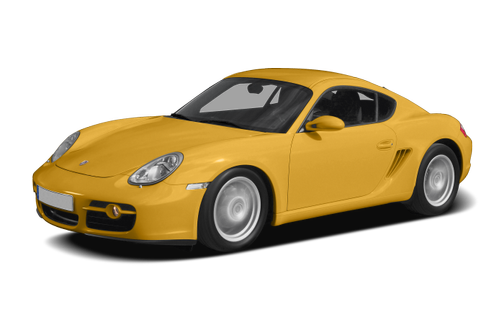 Our 2008 Porsche Cayman trim comparison will help you decide.

A bright yellow Cayman S arrived at a particularly opportune time a few weeks ago. I was standing at the edge of a gas-price-induced funk — I’d just put nearly $90 into a Toyota Land Cruiser test vehicle — and was at risk of succumbing to the belief that fuel economy is all that matters when it comes to cars. It’s not, of course, and the Cayman S brought me back to my senses, reminding me how good things can be for enthusiast drivers with money to spend.

In short, the Cayman S is the kind of car that makes you remember why you love driving, especially when the driving involves winding country roads with minimal traffic. Here, the coupe is an able and willing accomplice to your every driving whim, and that’s a trait that doesn’t come around every day in a production car. What’s more, the Cayman S’ gas mileage isn’t that bad for a sports car: 18/26 mpg city/highway with the manual transmission. (Don’t worry, I’m not relapsing.)

Styling
Even if the Cayman S I tested hadn’t been painted Speed Yellow, it would still have been eye-catching. Low and lean, the Cayman S shares its platform with Porsche’s Boxster roadster and, as such, shares many of the same styling cues, especially in front. Instantly recognizable as a Porsche, the Cayman S has pronounced front fenders finished with elliptical headlights and a low hood, the latter of which aids forward visibility.

The Cayman S’ appearance veers away from the Boxster’s the farther back you go. After reaching its maximum height of 51.4 inches just aft of the windshield, the roofline begins its downward slope, where it joins the large rear hatch. It’s a dramatic design and gives the car a sense of speed even when it’s standing still (see a side-by-side comparison with the 2007 model).

Going & Stopping
The engine is central to any true sports car, and Porsche cooked up a good one in the Cayman S. Related to the engine in the fabled 911, the coupe’s 3.4-liter horizontally opposed six-cylinder makes 295 horsepower at 6,250 rpm and 251 pounds-feet of torque at 4,400 rpm. These figures won’t win many sports car specs-sheet wars, but power is about more than just numbers, and the Cayman S’ engine can push you back in your seat if you let it; Porsche cites a zero-to-60-mph time of 5.1 seconds with the manual transmission. You have to be willing to let the engine rev to experience its potential, but doing so comes naturally because it revs so smoothly. The only unusual characteristic I noticed occurred during light acceleration; as the engine passed 3,100 rpm or so there was a brief lag in power.

As for the car’s braking performance, it took a little time to get used to it because there’s much less power assistance compared to many mainstream cars — you really have to press the brake pedal firmly to get strong braking power. Once you get used to this, though, you realize how much control this setup provides, like the ability to minutely adjust braking response.

Ride & Handling
While the Cayman S has more than enough power to offer respectable sports-car acceleration, it really shines on winding roads, where its mid-engine platform yields a coupe that’s incredibly balanced and planted through corners; it’s constantly encouraging you to push it harder and faster. This is what the Cayman S was made for, and it’s exceptionally good at it.

The adept performance on serpentine roads is heightened by remarkably responsive steering that has a degree of feedback that even a sports car like the BMW M3 can’t match.

As might be expected, this kind of handling performance is accompanied by firm suspension tuning; it can wear you out if the roads you travel aren’t in good shape. The optional Porsche Active Suspension Management is an adaptive suspension system that features adjustable shock absorbers. When PASM is switched from Normal to Sport mode, you immediately feel the smallest road imperfections, and ride comfort deteriorates even on relatively smooth surfaces. All in all, PASM’s Sport mode seems better suited to a weekend at the track — which many of these cars are bound to experience — than to country-road driving.

Cozy Cabin
While the two-seat cabin is definitely on the cozy side, it’s not the least bit cramped. Even taller occupants should be able to find enough room. The low ride height, however, makes getting into (and out of) the coupe a graceless exercise.

Leather-covered bucket seats with partial power operation (the adjustable backrest is motorized but the seats have manual slide and height adjustments) are standard, but fully powered seats are available. Our test car’s base seats may look a little meek compared to the highly bolstered ones in some sports cars, but the side bolsters are plenty capable of holding you in place during aggressive driving. My only complaint with them is that the seat cushion is a little short, and I started to feel some soreness after a good five hours of driving.

Finding a comfortable driving position isn’t difficult, and the shifter is well within reach. The Cayman S’ instrument panel has a large center-mounted tachometer that’s useful when driving the car hard, but if you’re concerned about your speed the small speedometer to the left of the tach isn’t the easiest to glance at. Fortunately, Porsche includes a digital speed readout in an LCD within the face of the tachometer, and that’s what I found myself referencing most of the time.

Overall interior quality in the Cayman S is quite high. It features mostly nice materials throughout and fine build quality. That said, the radio button layout isn’t the best, and the sun visors are tiny. More significant, however, is the fact that my test car lacked a number of features you would reasonably expect considering its as-tested price of $67,080. The optional automatic air conditioning system, for instance, only has one zone, not two, and a number of missing features centered on the car’s audio system: There wasn’t an auxiliary input jack for connecting a portable music player, the stereo didn’t have satellite radio capability and there weren’t any steering-wheel audio controls. Steering-wheel audio buttons are optional, but they shouldn’t be at this price. Purists may dismiss the lack of these amenities as trivial, but Porsche would be wise to take note of their presence in other sports cars.

Surprising Cargo Room
Besides the great dynamics, the Cayman S’ mid-engine layout affords the sports car two cargo areas. The cargo area behind the seats measures 9.2 cubic feet. It’s finished in carpet and includes a place to add oil to the engine, as much of this space is above the flat-six. Meanwhile, the front trunk is 5.3 cubic feet, which is large enough to accommodate two medium-sized duffel bags. Taken together, there’s plenty of luggage space for a weekend getaway for two.

As of publication, neither the Insurance Institute for Highway Safety nor the National Highway Traffic Safety Administration has crash-tested the Cayman, and its relatively low sales volume means it’s unlikely the agencies will do so in the future.

Cayman S in the Market
The Cayman S starts at $59,100, but our as-tested price, as mentioned, was above $67,000. That makes the Cayman S an expensive proposition considering that a BMW Z4 M or Chevrolet Corvette have lower starting prices and produce more power. Despite its power disadvantage, though, the Cayman S holds the trump card when it comes to handling performance — even compared to the renowned M3 — and has the ability to make ordinary drivers look like stars, whether blasting through a corner or cruising around town. It’s this combination of agility and prestige that separates the Cayman S from its competitors.

Good used one owner Porsche from an honest dealer.

September 9, 2020
By Gis from Kentucky
Owns this car

Great Car, dependable and a joy to drive. My second Cayman. One owner vehicle with all of the maintenance and services done correctly and on time.

The car hugs the corners great , you can never go wrong with a nice looking Porsche , a lot of leg room and good on gas.

July 26, 2020
By caymans from Delaware
Test drove this car

This car meets every car enthusiasts needs! So fun, beautiful curves and fast. It’s a beauty and a head turner. Must drive to see this perfectly engineered German machine.

Rating breakdown (out of 5):
3 people out of 4 found this review helpful. Did you?
Show full review
See all 40 consumer reviews 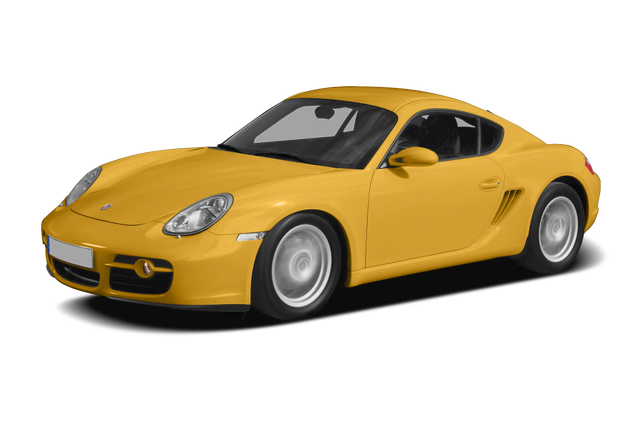 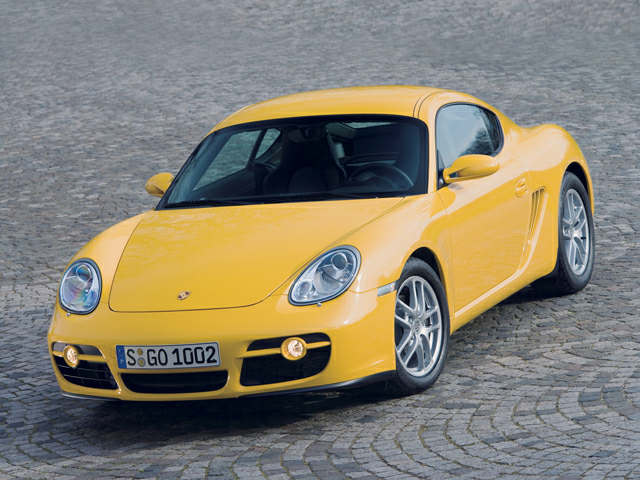 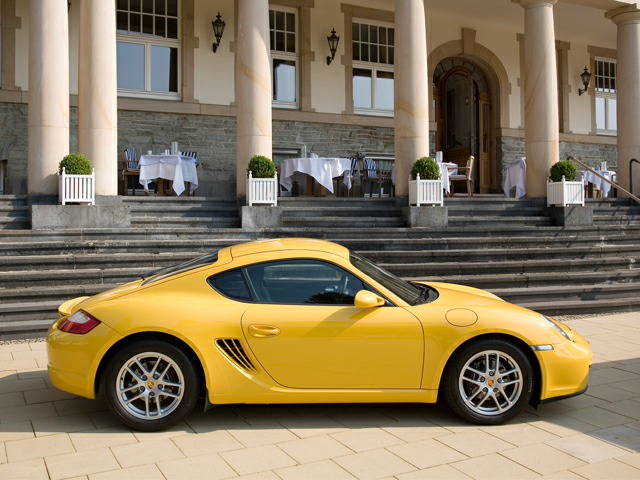 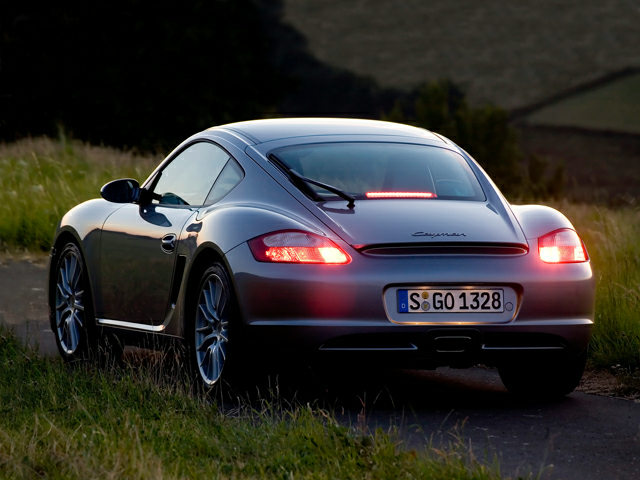 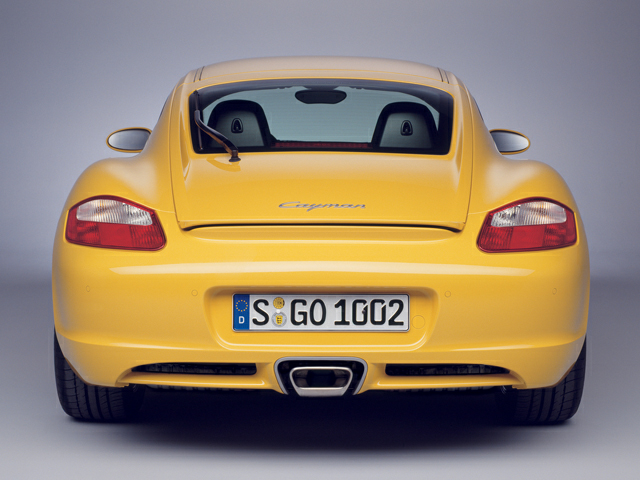 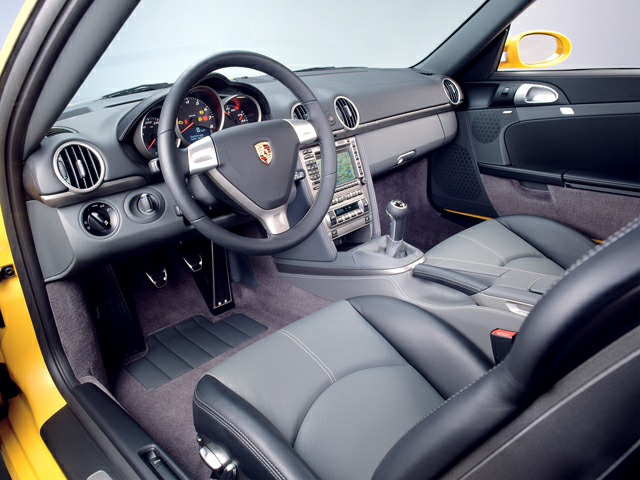 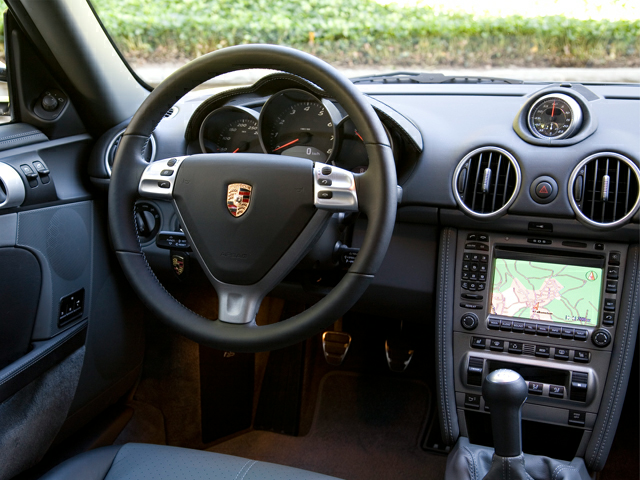 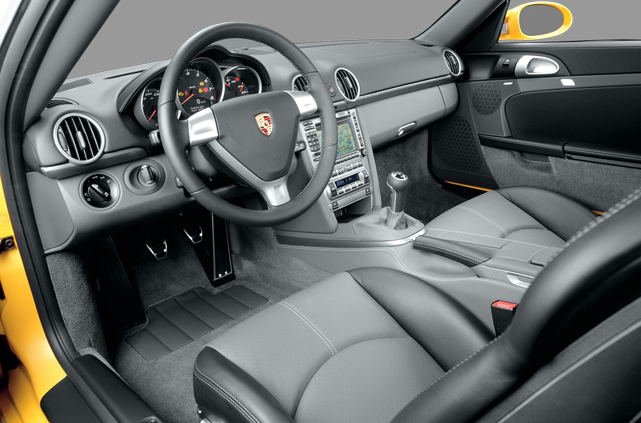 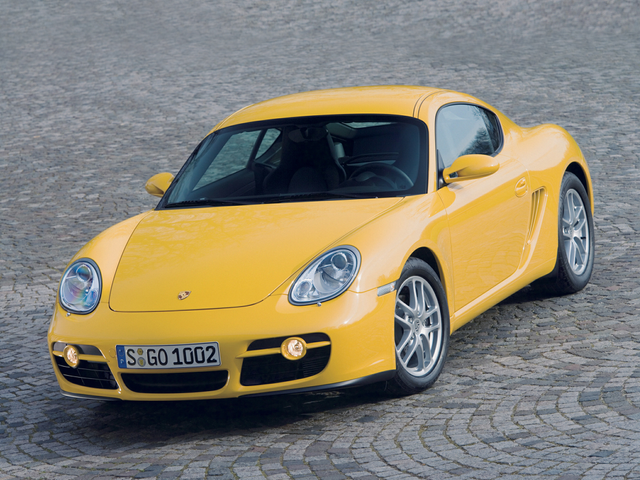 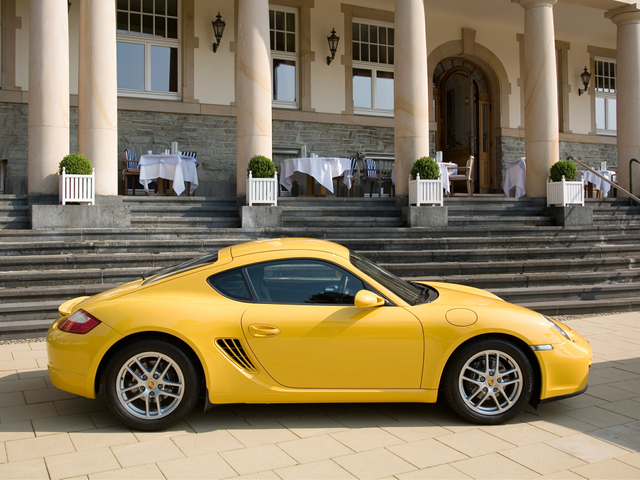 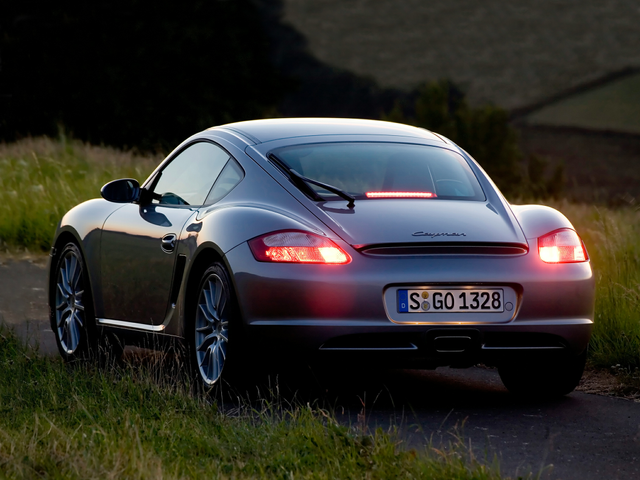 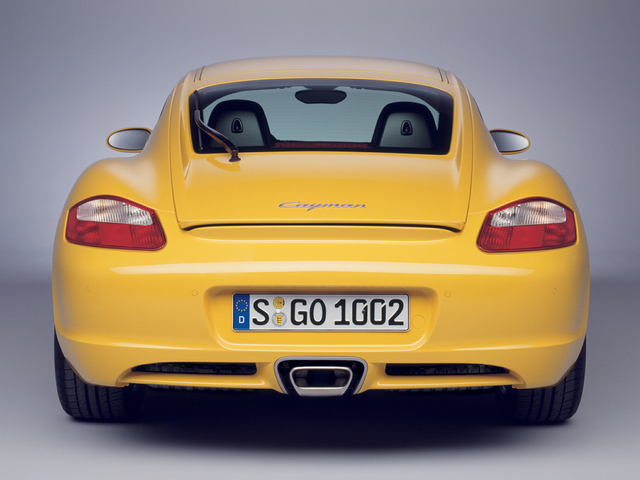 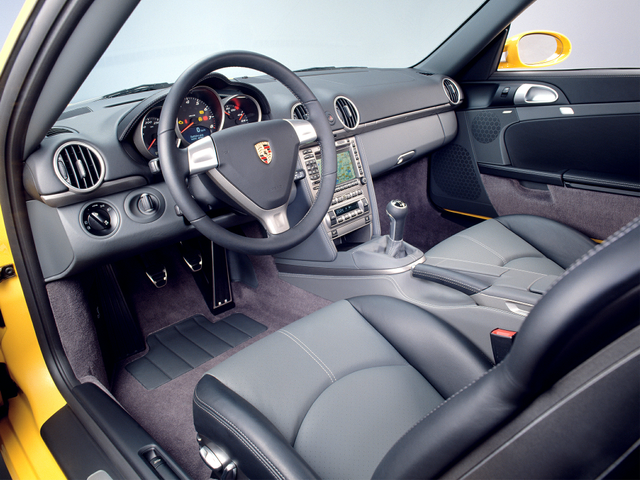 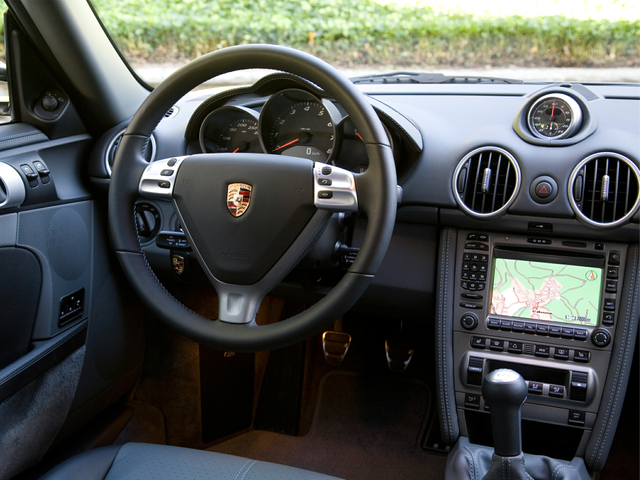