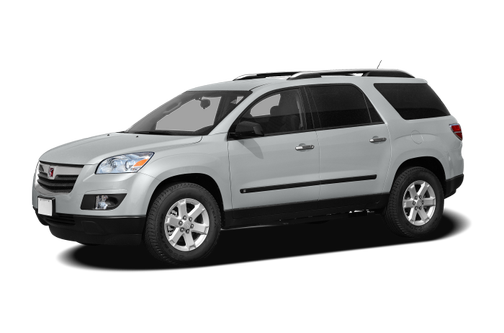 Our 2009 Saturn Outlook trim comparison will help you decide.

Crossover utility vehicles continue to pour onto the market, giving Americans an array of choices of these popular new family haulers.

The Saturn Outlook was introduced two years ago as one of a new family of large crossovers from General Motors Corp. that now totals four models, including the Chevrolet Traverse, which has been added for 2009.

Others in the group are the GMC Acadia, which arrived in 2007 about the same time as the Outlook, and the Buick Enclave, which made its debut for 2008.

All are built on GM’s new Lambda vehicle architecture, which originally was intended to be the basis for the next generation of GM minivans. Because minivans are stagnating in the market, the automaker chose instead to develop the Lambda vehicles as crossovers, the fastest-growing market segment.

The Outlook is the second sport utility in the Saturn lineup; the other is the compact Vue, which was redesigned last year and includes a gasoline-electric hybrid version.

Our test vehicle was the uplevel Outlook XR all-wheel-drive version (base price $36,145 plus $735 freight).

The Outlook offers seating for up to eight people, and GM believes that many consumers who might have considered buying a minivan in the past will choose these vehicles instead.

Ours had the optional seven-passenger configuration, which includes two captain’s chairs each in the first and second rows, and a three-person bench seat in the third row.

Unlike most of the Outlook’s competitors, there is ample room for three adults in the third row, and behind that seat there is nearly 20 cubic feet of cargo space – about the size of the trunk of a large sedan. In some crossovers with three rows, there’s hardly room for a good grocery run in the cargo area.

The Outlook is offered with a choice of two versions of GM’s 3.6-liter V-6 engine with variable valve timing, which the automaker says has been designed to deliver optimum fuel economy with low emissions and “exceptional smoothness.”

The entry-level XE model (base price $30,320) comes with a single exhaust outlet, and in that model, the engine is rated at 281 horsepower and 253 foot-pounds of torque.

On the uplevel XR, though, the addition of a second exhaust outlet raises the engine’s ratings to 288 horsepower and 270 foot-pounds of torque, the same as the Acadia, Traverse and Enclave.

In both Saturn models, the engine is connected to a six-speed automatic transmission.

EPA fuel-economy ratings are 17 miles per gallon city/24 highway for the front-wheel-drive models, and 16/23 for the all-wheel drives.

Rather than the traditional body-on-frame truck-style SUV arrangement, the Outlook is built on a “body-frame integral” structure reinforced with high-strength steel, GM says. That’s another way of saying that it has unibody construction, the hallmark of crossover utility vehicles, in which body and frame are one.

The Outlook has a long wheelbase with a wide track, something that also is common with sport utilities these days. This helps give the vehicles more stability and lessens the possibility of a rollover.

Truck-based models will remain the choice of off-road driving aficionados. Most crossovers, including the Outlook, have limited off-road capabilities, although they are able to handle many of the dirt roads that might be found in national and state parks.

Besides having lower ground clearance, crossovers such as the Outlook aren’t offered with serious four-wheel-drive systems that include low-range gearing.

The all-wheel drive is intended to give the vehicle increased traction on slippery roads, but it’s also useful on dry pavement, particularly during cornering. The system is fully automatic and no driver action is required to activate it.

At the rear, the vehicle has a compact, linked ‘H’ suspension design. Suspension mounting points are isolated to help reduce noise and vibration. This suspension setup goes a long way toward giving these vehicles a soft carlike ride, something you won’t find on the truck-style SUVs.

Four-wheel antilock brakes are standard as well, as they work with the stability control system to help keep the vehicle on the road during panic maneuvers that might otherwise cause the vehicle to go out of control.

GM’s OnStar navigation/communications system is standard, and includes a one-year subscription to the basic “safe and sound” package. Audible turn-by-turn navigation is available.

The Outlook can tow trailers weighing up to 5,200 pounds when equipped with the optional towing package.

The second row can be either a 60/40 split bench, which can hold three, or a pair of captain’s chairs. GM’s so-called Smart Slide feature on the second row allows the seat to move forward or rearward up to six inches to increase legroom for the rear or middle passengers, and to allow for easier access to the third row.

There is a maximum of 117 cubic feet of cargo space if the second and third seats are folded.

Our XR all-wheel-drive model came with a convenience package ($1,370) that included a power tailgate, rear park assist, remote start, heated wiper fluid and a 115-volt power outlet. Other options on our vehicle included a Bose audio system ($860) and the middle-row captain’s chairs ($495).

Total sticker was $39,605, including freight and options.

The automotive columns of G. Chambers Williams III have appeared regularly in the Star-Telegram since 1995. Contact him at 210-250-3236; chambers@star-telegram.com.

Highlights: This is one of four large GM crossovers on the market based on the same architecture. The Outlook, which arrived for 2007 as Saturn’s first full-size SUV, is quite carlike and comfortable, has plenty of power, and comes with a generous list of standard and optional features.

Disadvantages: No serious four-wheel-drive system offered for off-road use.

September 3, 2019
By Jimmyboy from Ft. Thomas
Owns this car

Love this car. We've had it for 10 years and it has been a great performer. It is comfortable and reliable. It tows up to 4,500 pounds which is higher than any other cross-over that we've seen.

Great for family or work. So far so good. Recommend it as is a GMC ACADIA for fraction of the price. Nice leather interior with elegant looks.

Although this car is almost 10 years old, the exterior and interior style feel modern. I am 5'2" and often find it difficult to truly get totally comfortable in many cars. I am able to make all necessary adjustments seat and steering wheel to get it just right!

All model years for the Saturn Outlook 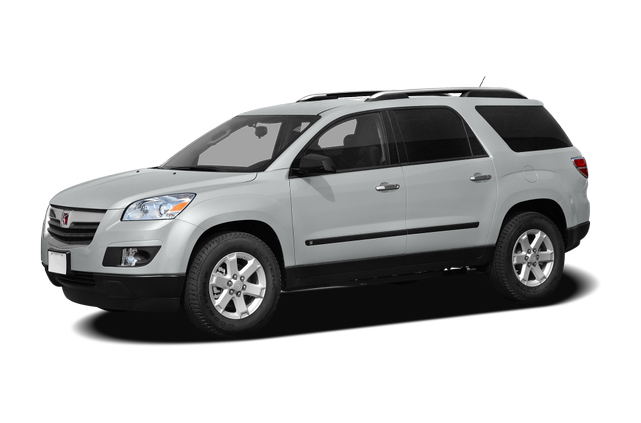 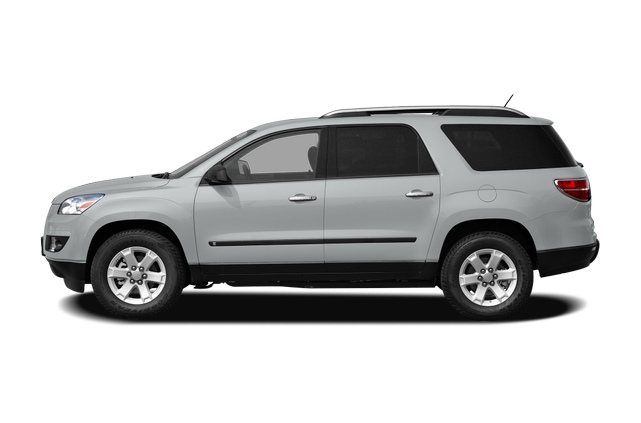 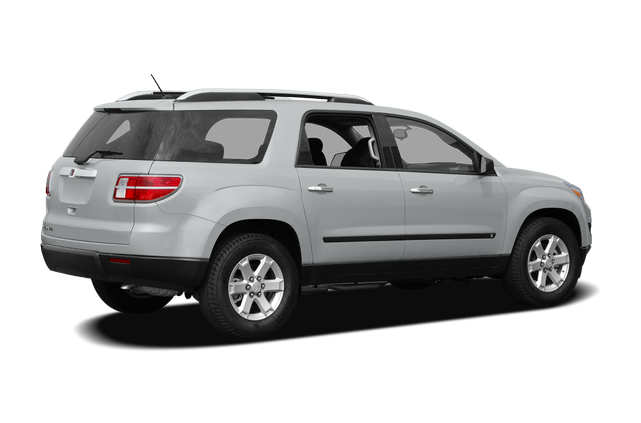 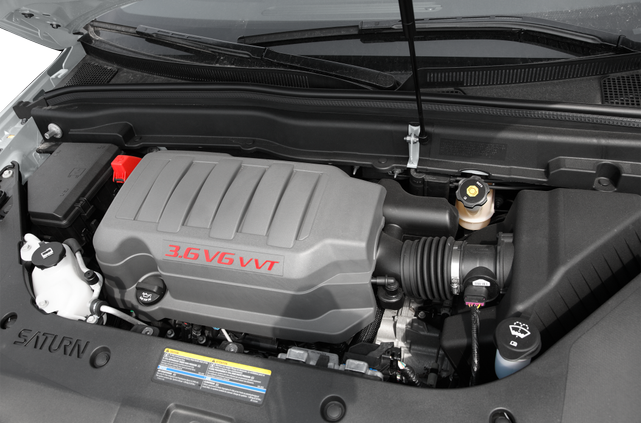 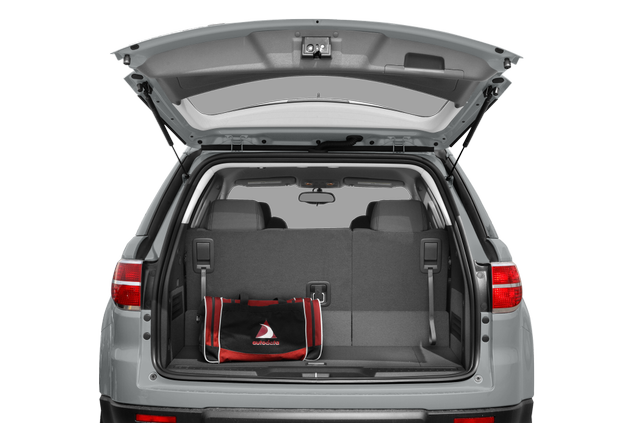 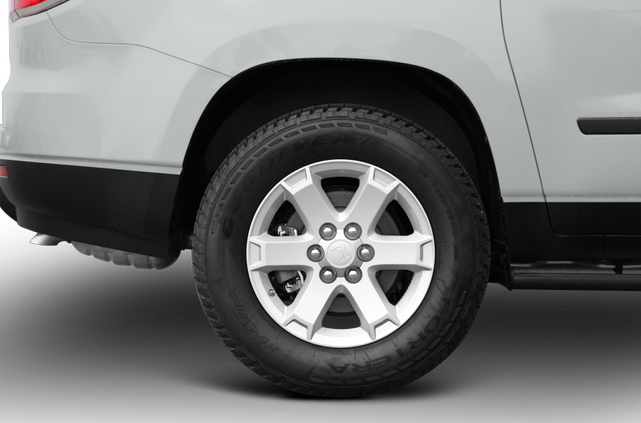 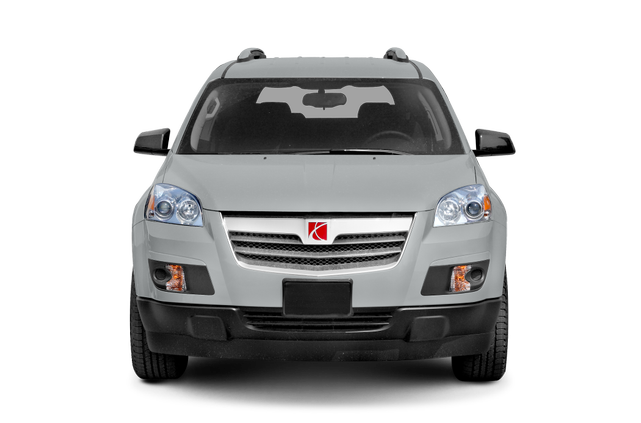 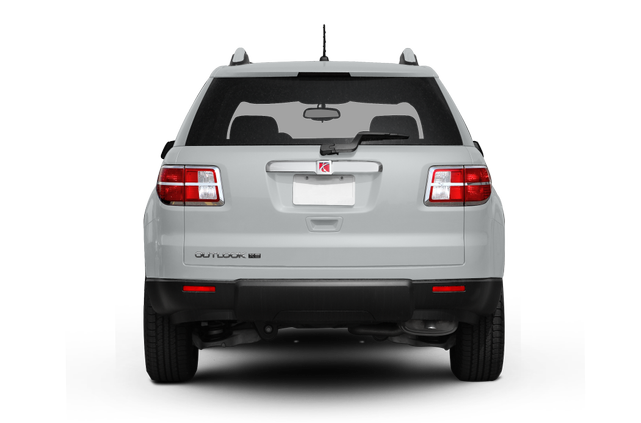 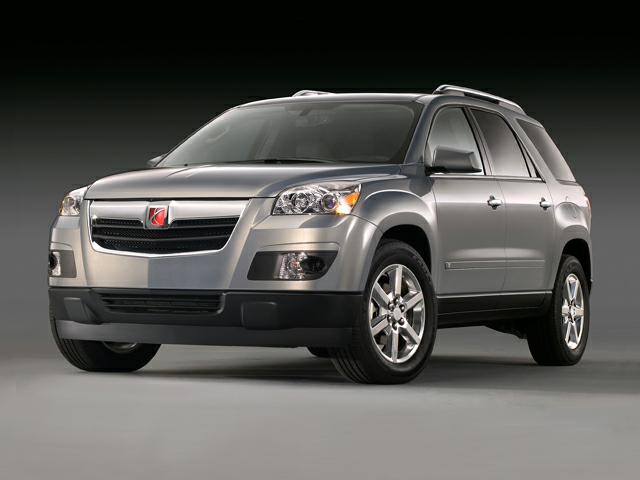 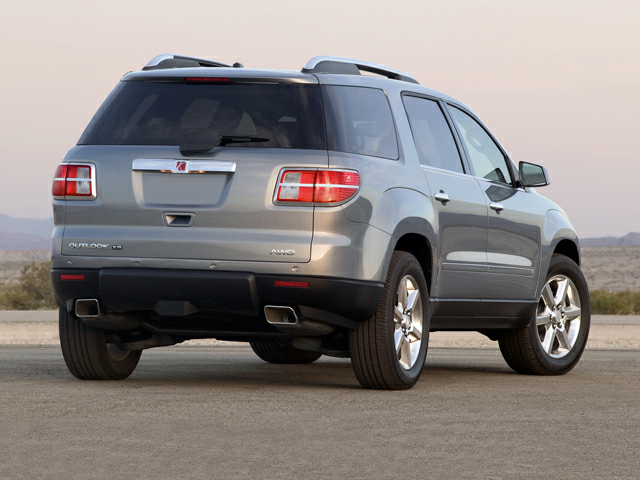 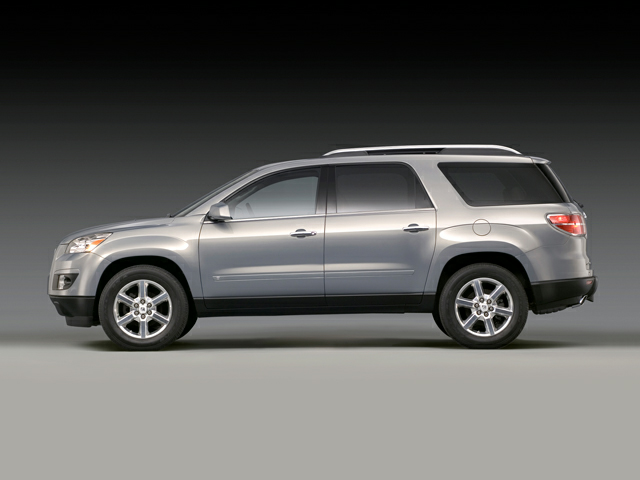 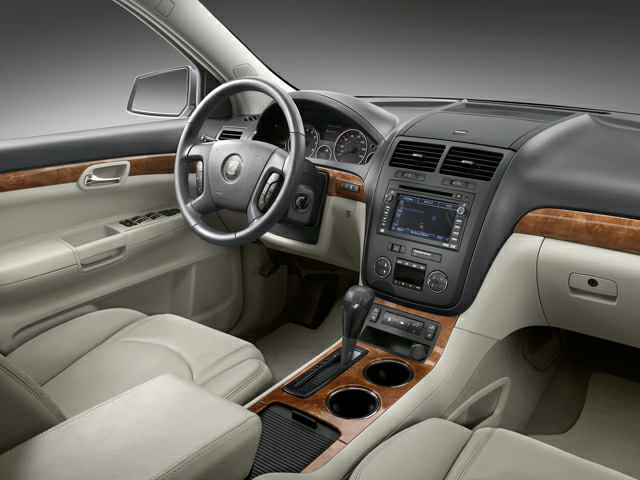 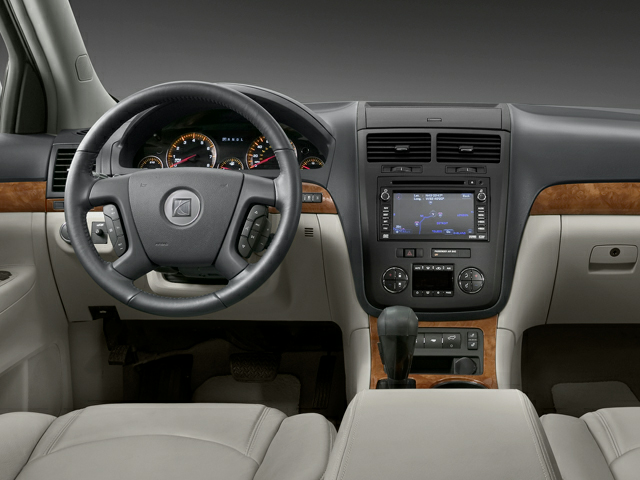 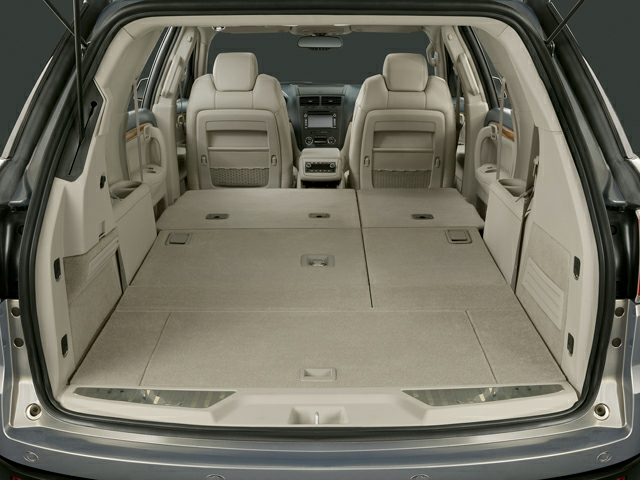 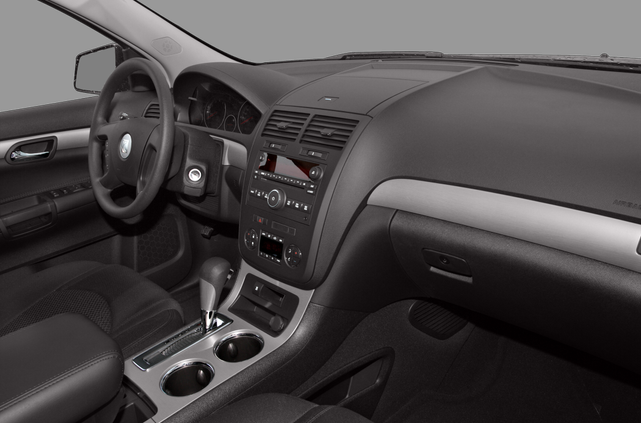 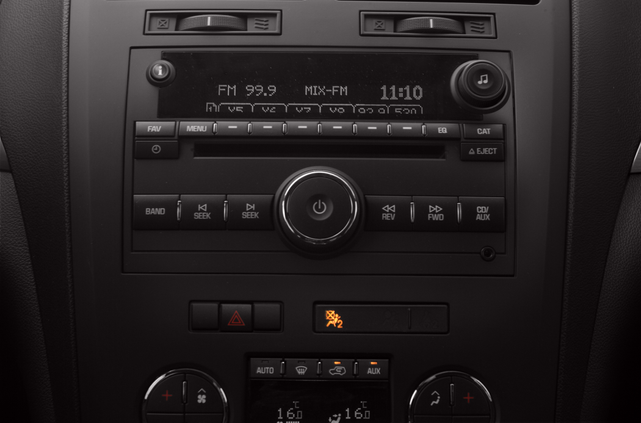 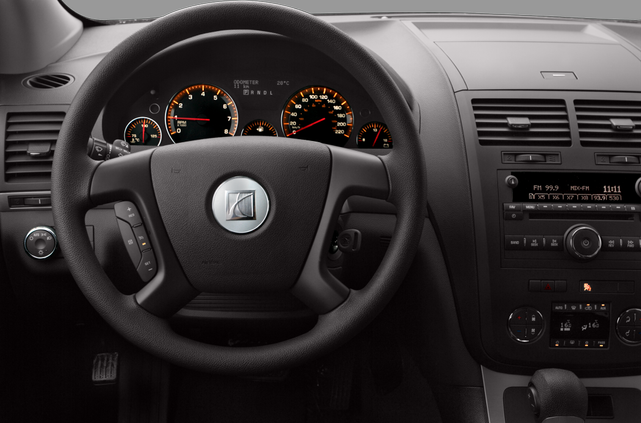 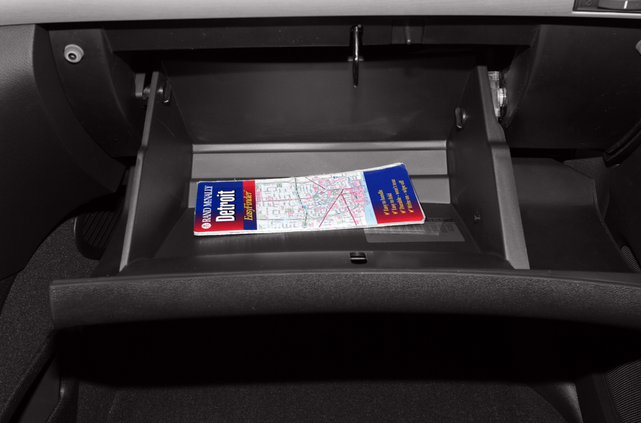 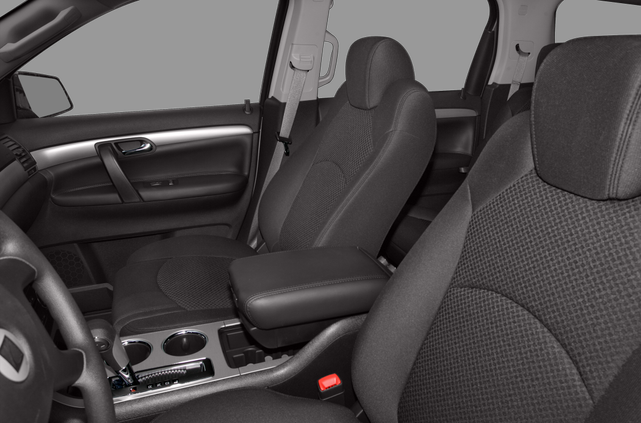 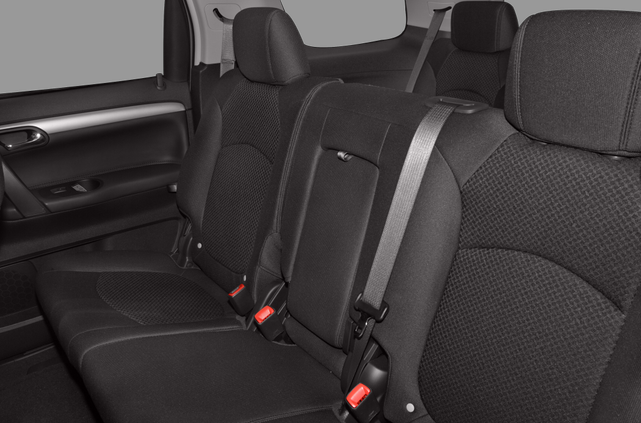 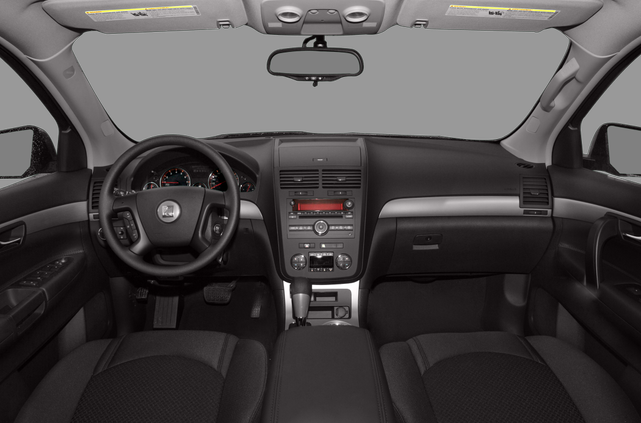 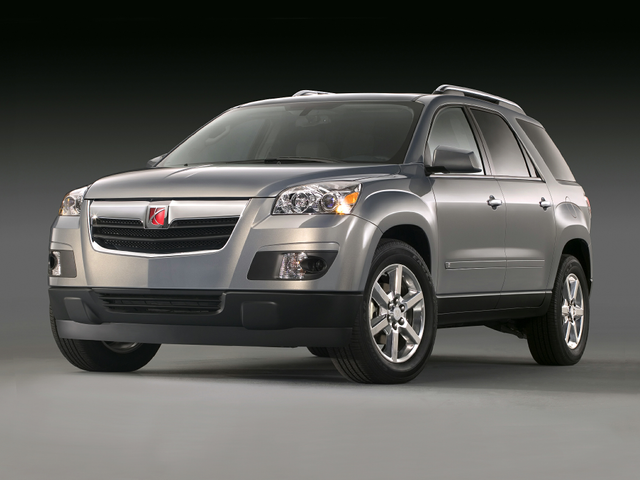 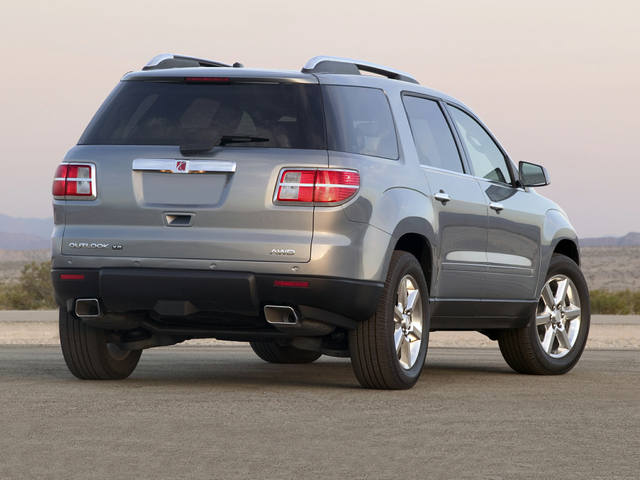 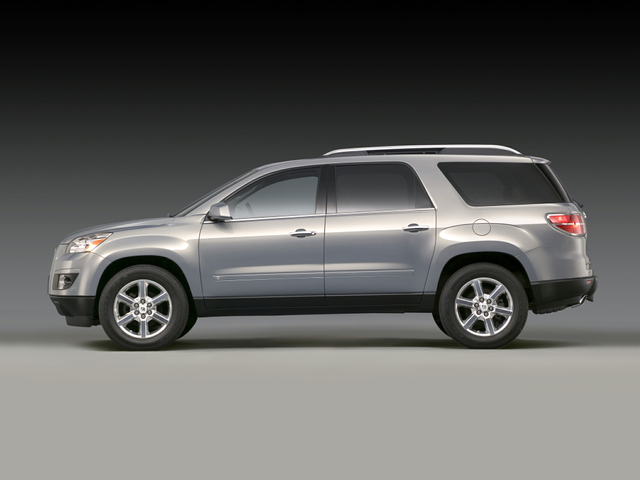 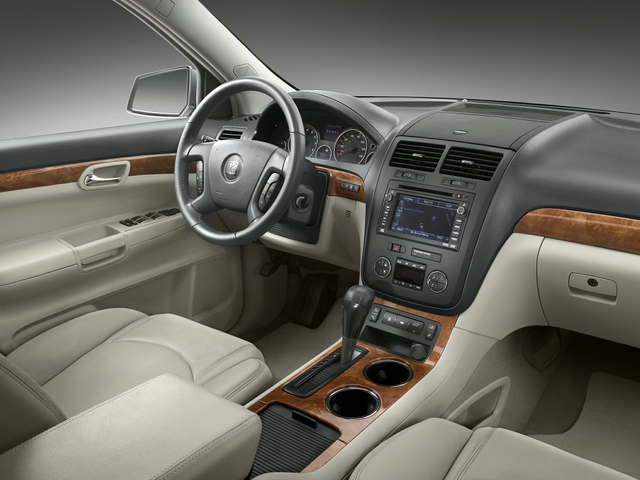 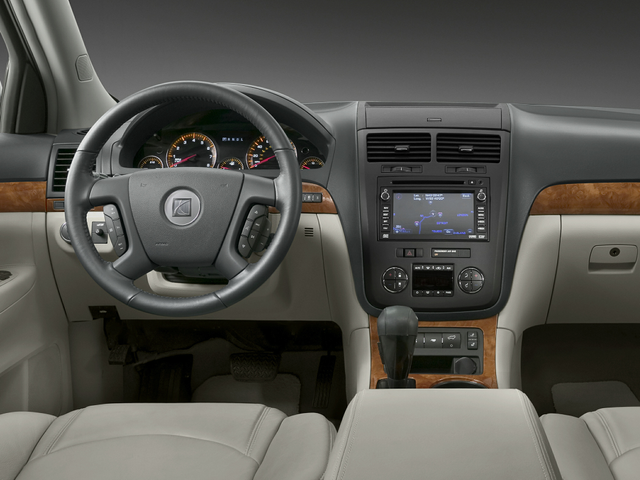 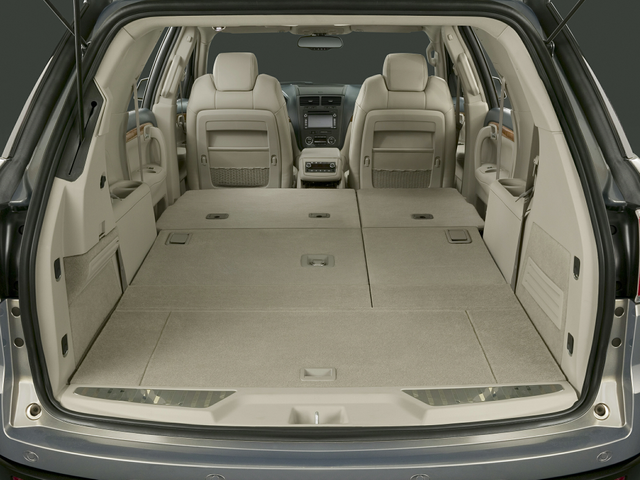