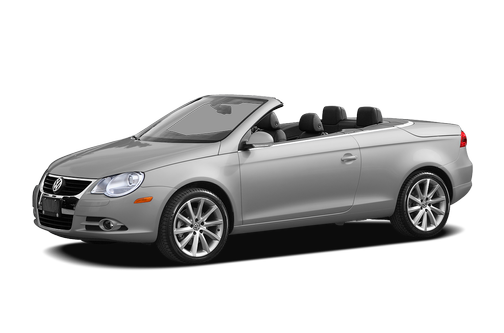 Our 2008 Volkswagen Eos trim comparison will help you decide.

Editor’s note: This review was written in December 2006 about the 2.0T version of the 2007 Volkswagen Eos. Little of substance has changed with this year’s model. To see what details are different this year, check out a side-by-side comparison of the two model years.

With its retractable hardtop and excellent drivetrains, the new Eos convertible is a welcome addition to the Volkswagen lineup and to the market as a whole.

VW has a habit of releasing convertible models in the fall (if twice makes it a habit). The last time was the Beetle Convertible, a soft-top. This time it’s a little more appropriate because the Eos’ retractable hardtop makes it more viable as a four-season car.

VW needs this convertible. True, it has one, but let’s face it: Many men are as comfortable driving a Beetle as they are holding their wife’s purse. (Note I said many … I can see the hate mail already.)

Aside from a line of Canon cameras, Eos is also the goddess of dawn in Greek mythology — daughter of Hyperion and Theia. This being a convertible, it might be more relevant that she’s the middle sister of Helios and Selene (the sun and moon). In “The Iliad” and “The Odyssey,” Homer describes Eos as “rosy fingered” and “saffron robed.” I describe Eos as a Rabbit with the top lopped off. Actually, it’s not lopped off, it’s sectioned and articulated to store in the trunk; you’d only know it’s not a fixed-roof coupe if you got close and looked carefully, or observed it going through its 25-second transformation. Though it shares its platform with the Rabbit, the Eos has the Jetta’s plunging chrome grille, combined with more interesting, scalloped headlights.

Retractable Top: Form Meets Function
An intriguing U-shaped aluminum lever just under the center armrest operates the powered top: push down on the lever to lower the roof, lift it to raise. Press the black center switch and only the frontmost roof panel motors back, like a sunroof. It’s similar to the Mini Cooper convertible, though that model is a soft-top. When the whole top opens, the two side rails detach from the windshield frame and move back as well. On the driver’s armrest is a global window switch that raises or lowers all four side windows at once. Nice.

A Drawback Out Back
Like most retractable tops, the Eos’ is fascinating to watch. One shortcoming is that its trunklid, when opening to accept the folded top, pivots backward farther than I’ve seen on such a car — a couple feet from the body and about a foot beyond the bumper. You might bash another car or some other obstacle if you don’t leave enough room (see photo), and I don’t think the warning on the instrument panel is enough to prevent it.

Decent Cargo Room
When the top’s up, the lower two Eos trim levels have 10.5 cubic feet of cargo volume. Naturally, it’s smaller when the top is stowed: 6.6 cubic feet underneath a rigid partition that must be in place to define the top’s space. While there’s no provision to raise the stacked panels for better trunk access, the clearance is actually quite generous. There’s also a pass-thru to the cabin. The highest, 3.2L trim level has slightly less volume, 9.3 and 5.4 cubic feet, simply because it requires two trunk-mounted 6-volt batteries (wired in series) in place of the other versions’ smaller 12-volt case.

Great Drivetrain, in any Car
Convertibles, especially retractable hardtops, are heavier than fixed-roof cars, so the Eos comes standard with a 200-horsepower, turbocharged 2.0-liter four-cylinder instead of the Rabbit’s 150-hp, 2.5-liter five-cylinder. (Even though the middle Eos trim level is called the 2.0T, the base car has the same engine.) The Eos 3.2L has a normally aspirated 250-hp six-cylinder called a VR6. (VW considers it a V-6, but it’s more of an inline-6 with staggered cylinders … don’t get me started.) Where the other trims have a standard six-speed manual transmission and the 2.0T offers an optional six-speed automatic, the 3.2L comes only as an automatic.

My test car was a 2.0T manual, for which VW cites a zero to 60 mph time of 7.4 seconds. It felt faster to me. I can’t get enough of this drivetrain, which is used in many VW and Audi cars. It responds quickly, and its power just keeps on coming, evenly, as the engine rpm increase. When I floored it, the front wheels consistently broke traction when the turbo got pumping, even on dry pavement when the car was already moving. Naturally, this triggered the standard traction control and sometimes the electronic stability system, so things never got out of hand. The 3.2L has about 30 pounds-feet more torque, but it comes at a higher rpm, as shown in the table, so it’s hard to tell how much difference it would make over the turbo 4 in regular city driving. VW estimates its zero to 60 mph time at 6.9 seconds.

Note that the 2.0-liter versions of the Eos get better gas mileage than the five-cylinder Rabbit, which is 22/30 mpg (city/highway) across the board. The 3.2L is just 1 mpg behind in highway driving.

Ride & Handling
With the exception of roadsters, convertibles tend to be less sporty, either because of the extra weight or because automakers have determined that buyers tend to be more “casual,” as they say. This is why automatic transmissions rule the category. The Eos is actually sporty for a four-seater. I can’t address the base hardware, but my Eos with the Sport package exhibited good cornering and roadholding with its firmer ride and larger stabilizer bars. For a front-drive car, it has pretty good balance in hard cornering.

By the numbers, the Eos’ weight is distributed 57 percent front and 43 percent rear in the base model, but it seemed to me that the understeer was mitigated when the top was down. The animated photos show how the car squats when the top’s weight shifts rearward, so it’s no surprise. (My impressions were with the stability system turned off; it prevents under- and oversteer.) The lack of a fixed roof hurts a car’s structural stiffness, so I was pleased to encounter decent rigidity and minimal shudder when traversing bumps. I rate the Eos’ noodle factor as medium-soft.

An Interior Fit for a Goddess
In typical VW fashion, the Eos’ interior has ample adjustments, including seat height for the driver and lumbar for both front seats (manual or powered, depending on the trim level). A standard tilt/telescoping steering wheel further accommodates drivers of different statures. All but the base trim’s front seats are heated. Only the 3.2L comes standard with leather upholstery. It’s otherwise available in option packages. While other brands have improved their interiors, VW still offers something extra in terms of quality. My car had the ubiquitous silvery bezel on the center control panel, but here it’s not as objectionable, quality wise, as it is on many cars. More important, the standard “metallic trim” appears to be real aluminum. Congrats to VW for using the real thing — or doing enough to trick the eye.

The two-passenger backseat’s usefulness depends on where the top is and how much legroom the front occupants care to share. With unlimited top-down headroom, even an adult might be happy. Top up, not so much. A rocker switch atop either front seatback on the 2.0T and 3.2L makes moving the seats and climbing in back easy.

When the top’s up, the cabin is nice and quiet, a major benefit of retractable hardtops. The air is reasonably calm when driving with the top down; owners who want more isolation can attach the flip-up wind deflector screen that sits right behind the front head restraints. Behind the rear head restraints hides an active roll bar, which pops up only in the instance of a rollover. Other safety features, aside from those required, include side-impact airbags for the front seats that are claimed to provide head as well as torso protection.

Eos in the Market
Even though the ranks of retractable hardtops are growing, the Eos fills a nice niche. It fits between the Pontiac G6 convertible and the Volvo C70 in price, and it’s much closer to the Volvo in quality. Obviously, there’s some price overlap. The Eos starts below $29,000 for the base trim level and ranges up to about $37,400 for the 3.2L, including the destination charge. As equipped, my Eos 2.0T test car hit $36,110, but I think the truly casual buyer/driver would be happy without my car’s optional frills. Because it comes with many extra features standard, a loaded 3.2L tops out at about $41,000. I predict success for this model, though I’m duty-bound to mention that VW has had reliability problems with many of its models recently. If this mechanically complex car holds together, it should keep its owners very happy.

So fun, but well made too

Love it! Powerful engine, cute appearance, hard convertible top. Back seat is small but it’s still nice to have the option of fitting more passengers. Very limited trunk space. Perfect for summer days and is very well-made and designed.

Such a fun car to drive and own. The key to carefree ownership regarding the hardtop convertible roof is to properly maintain the roof seals with Kritox lubricant several times a year. The VR6 3.2 engine upgrade has been very reliable through 38,500 miles thus far.

Most reliable car I had

December 21, 2020
By Amberlynn from Clifton
Used to own this car

Rating breakdown (out of 5):
4 people out of 5 found this review helpful. Did you?
Show full review
See all 46 consumer reviews 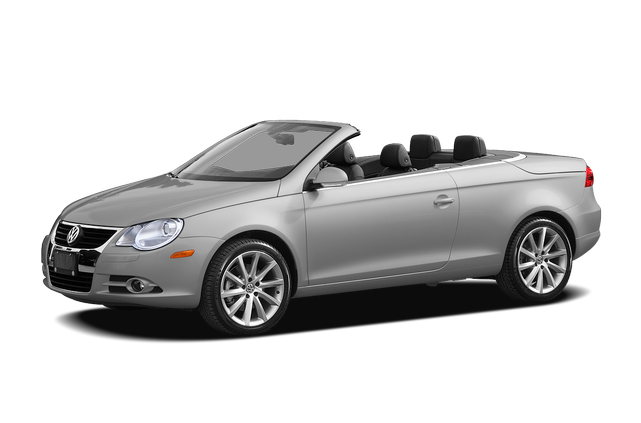 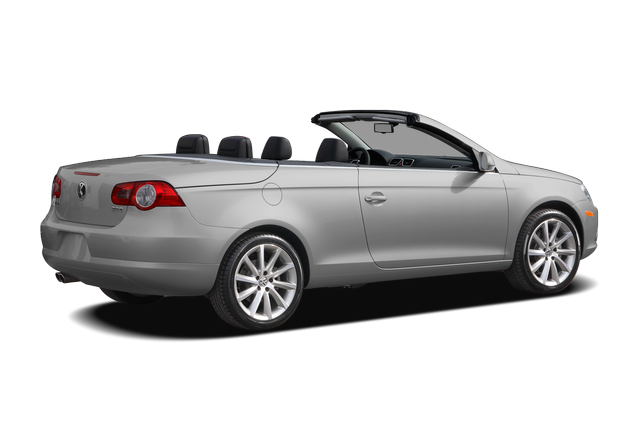 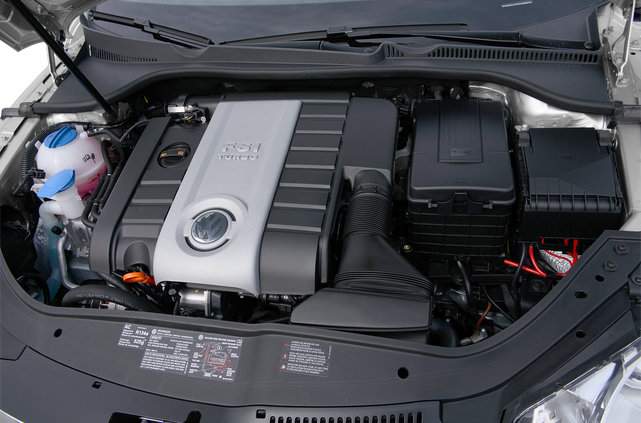 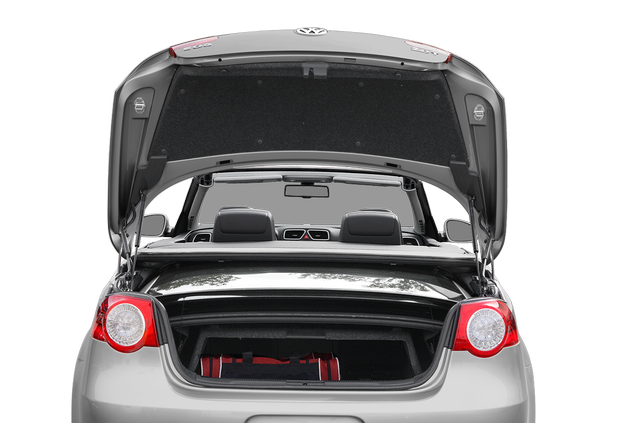 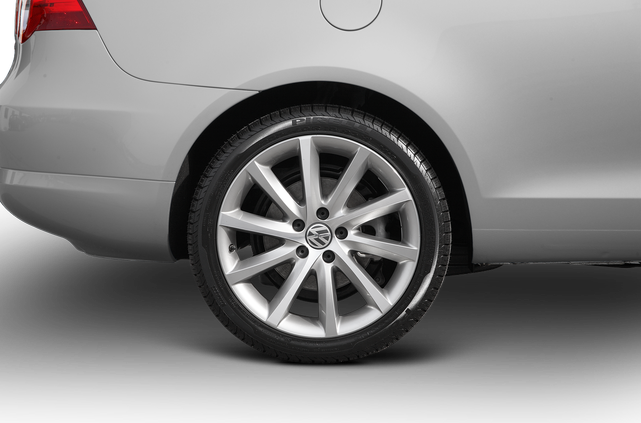 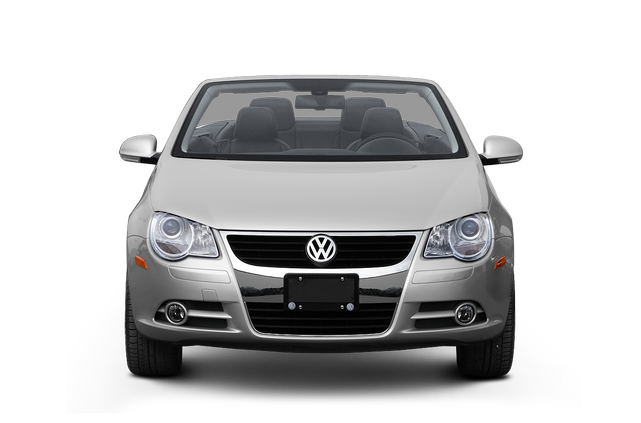 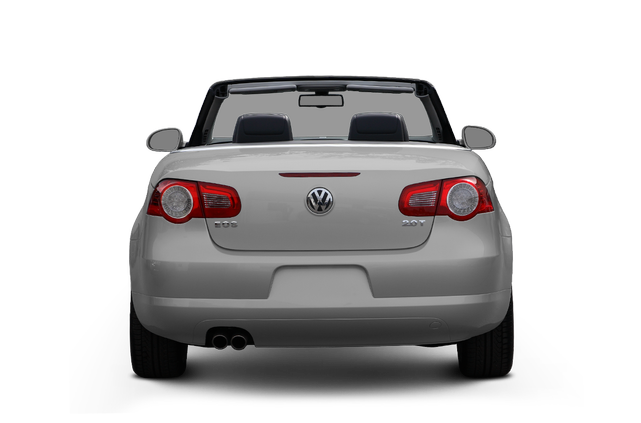 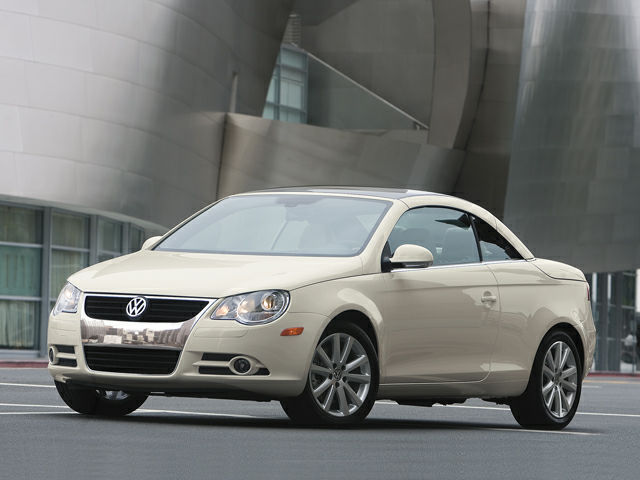 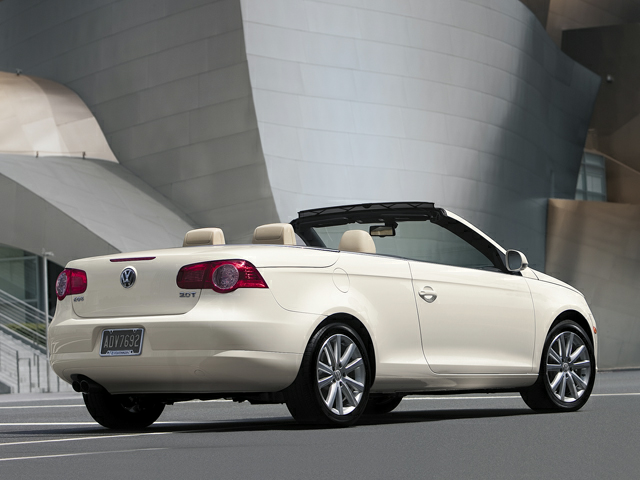 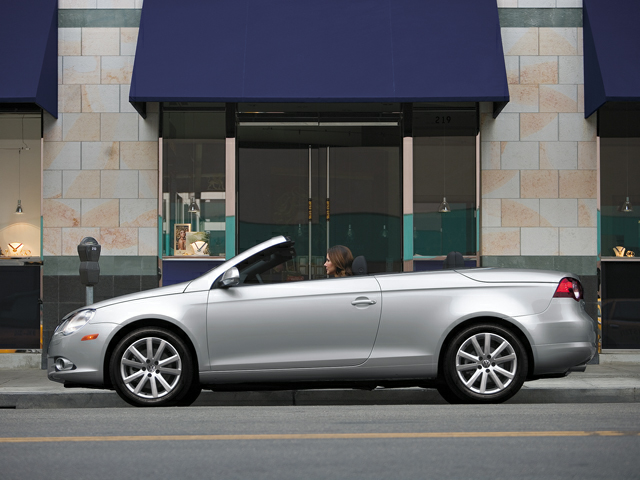 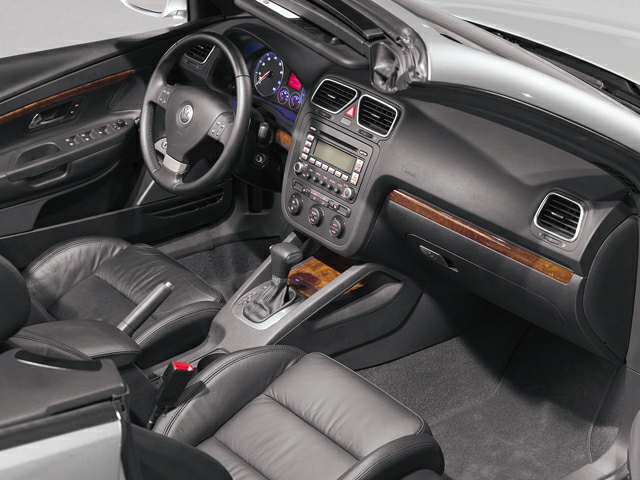 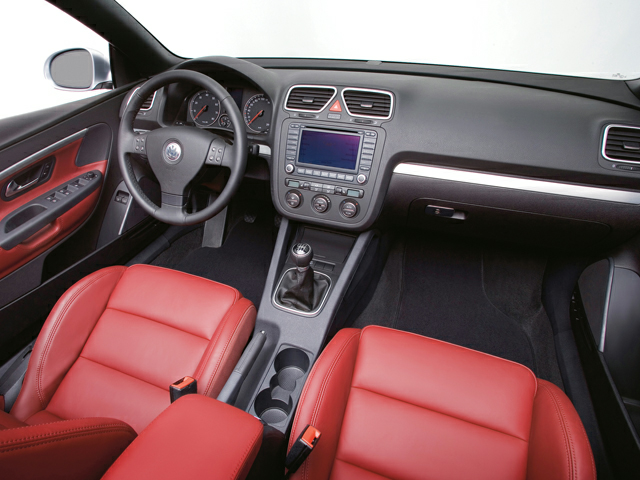 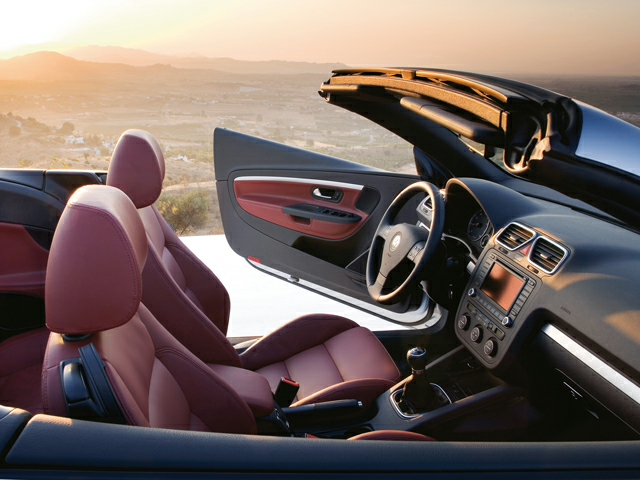 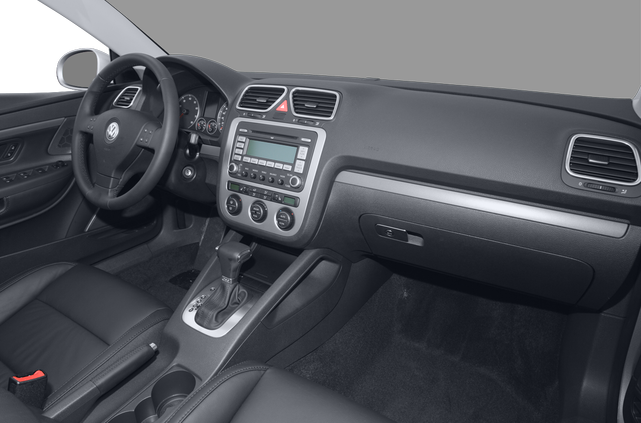 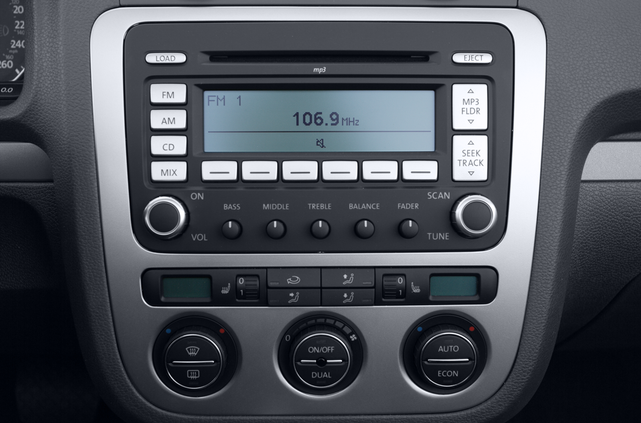 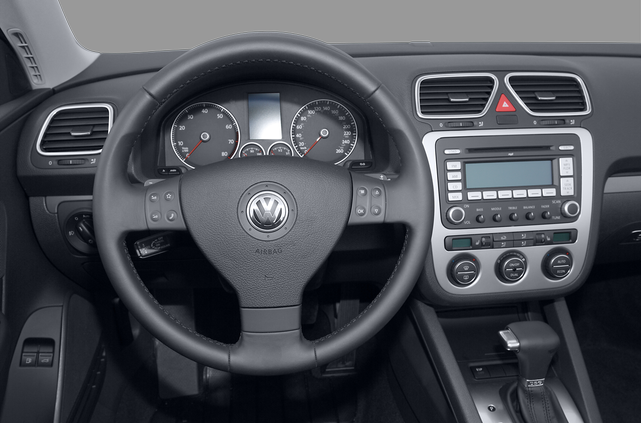 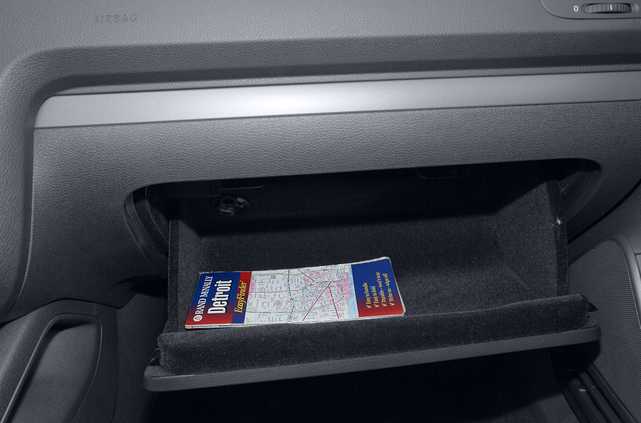 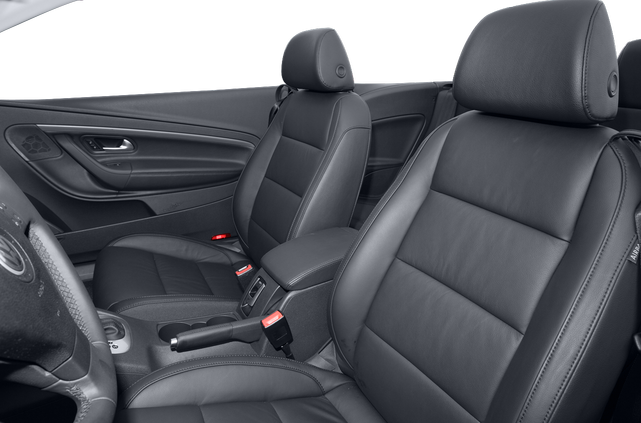 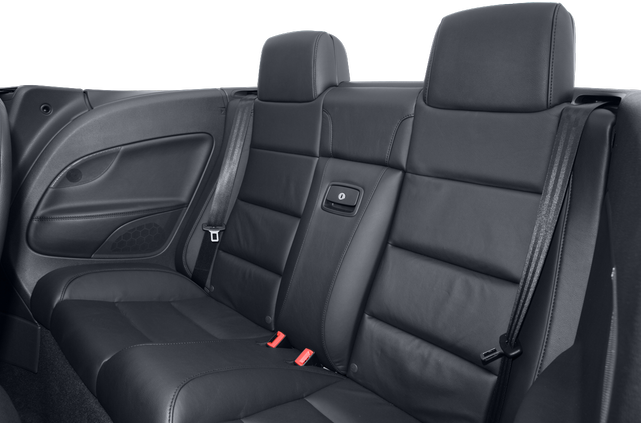 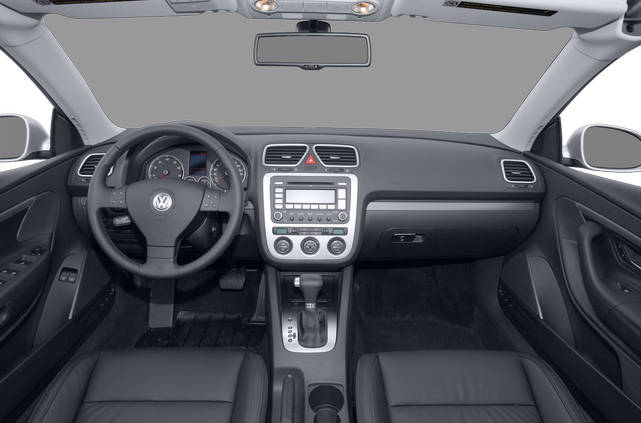 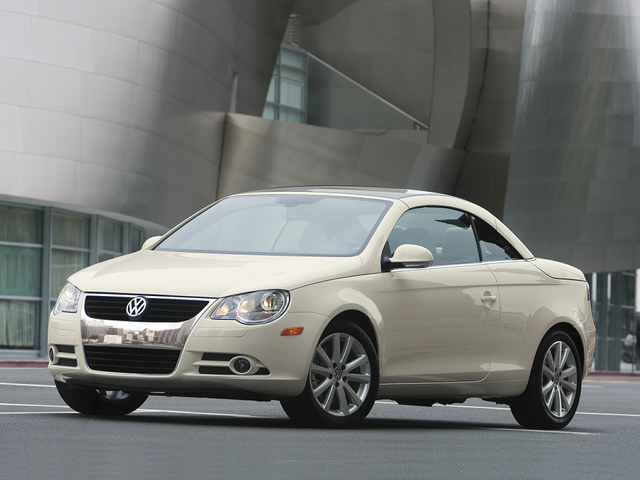 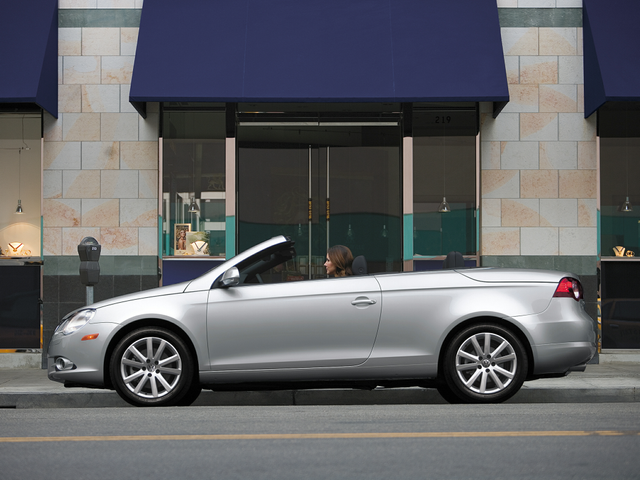 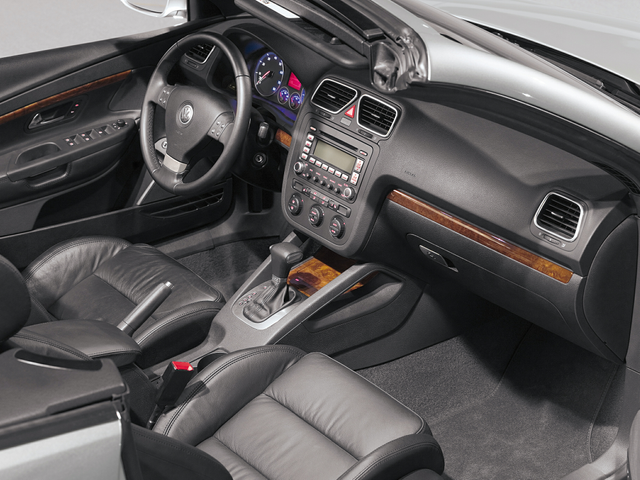 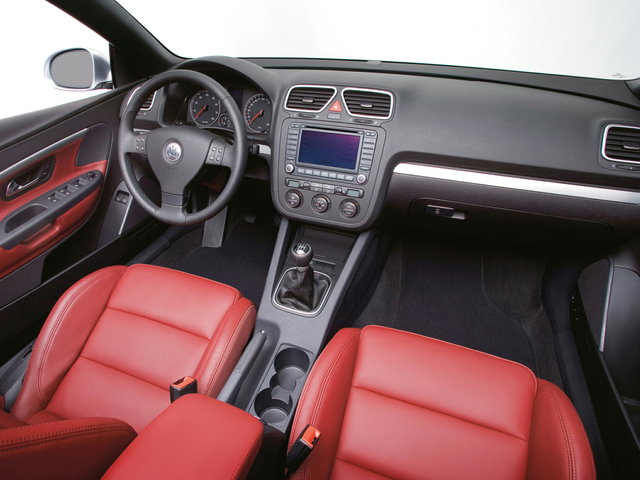 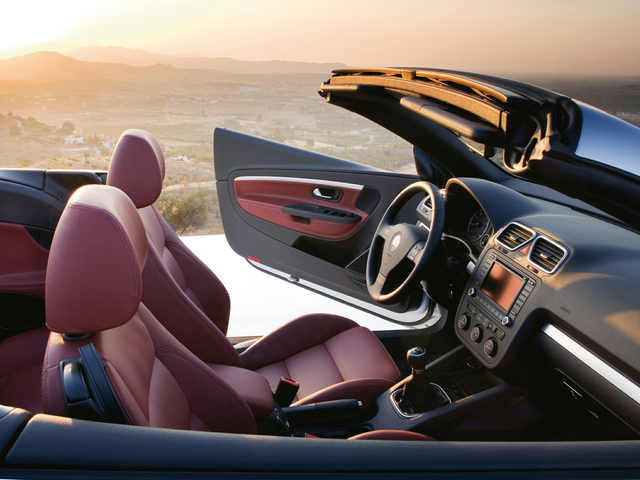